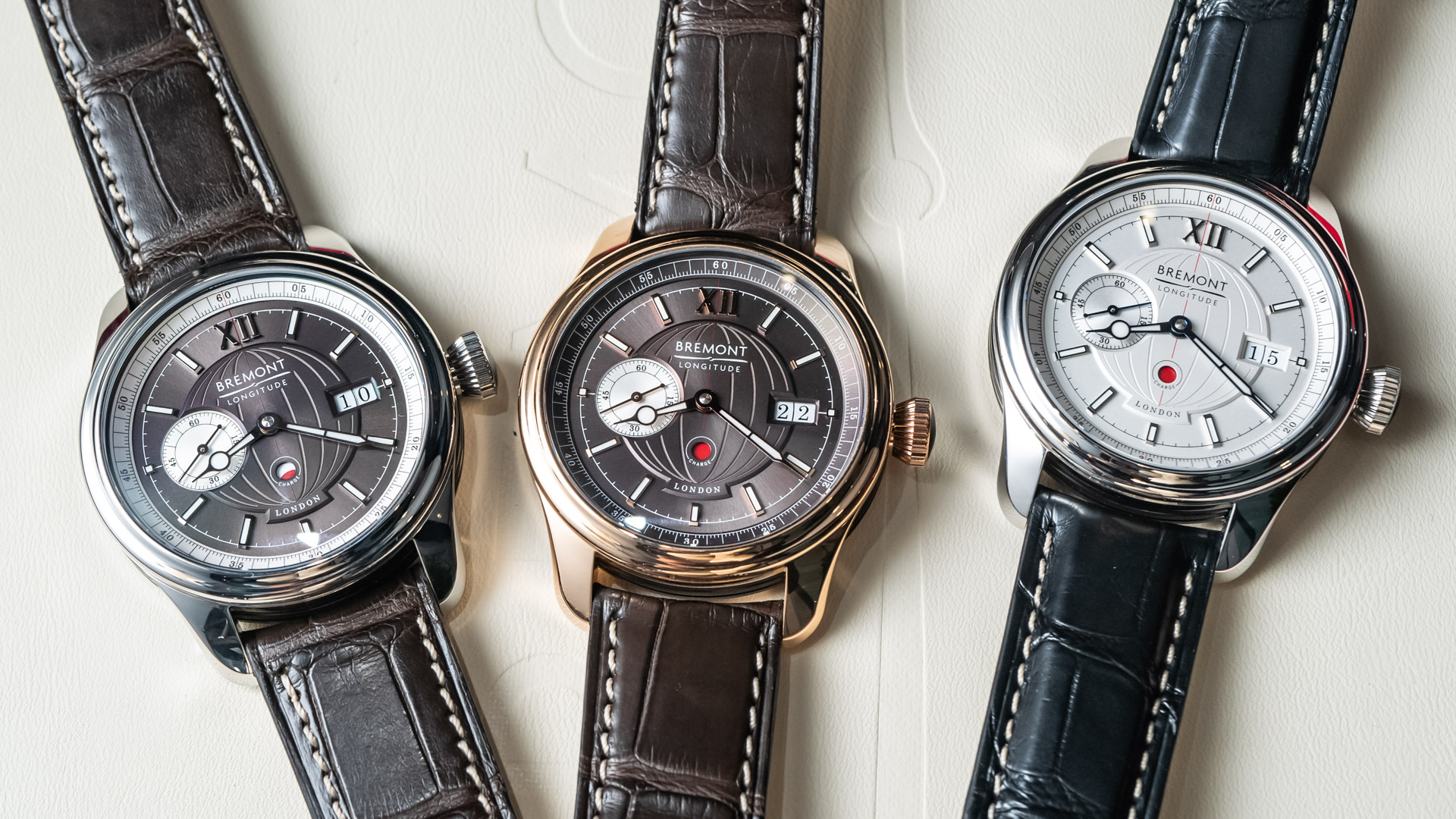 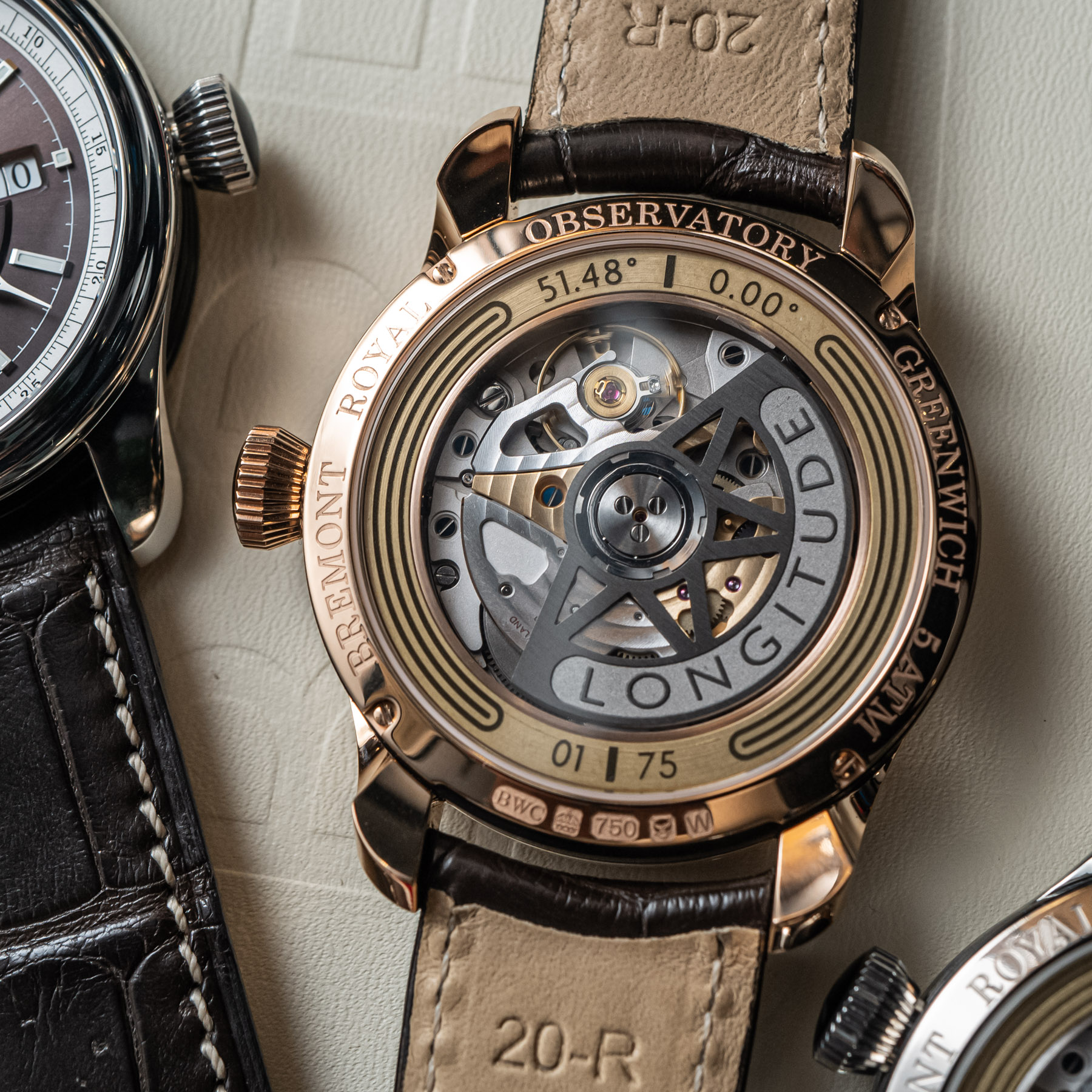 Just released by Bremont is the Longitude watch, which, in addition to being an all-new collection, also marks the debut of the brand’s long-anticipated manufacture movement. The new ENG300 series will be fully assembled at the brand’s new “The Wing” facility in Henley-on-Thames with this ENG376 serving as the inaugural caliber. Bremont fully acquired the rights to the K1 calibre from THE+ (associated with Horage), re-engineered 80% of the movement’s weight, and now can claim that the movement will be 100% assembled at its own manufacture. This, indeed, has been a long time coming for Bremont and marks a new chapter for the British watch brand led by the English brothers.

The ENG300 will meet chronometer standards (though not COSC certification), and Bremont is reports an accuracy of +/- 3 seconds per day. Boasting a silicon escapement, custom balance bridge, and a tungsten rotor, the ENG376 is set to be the first in a series of new Bremont Manufacture calibers that the brand will be rolling out. It’s fair to say expectations will be high, and after spending some time at The Wing and handling the new Longitude, I feel quite confident that the substantial investment of time and money (remember that Bremont does not have a flush corporate umbrella or the money that comes with that) will position Bremont in a category the brand has long aspired to. 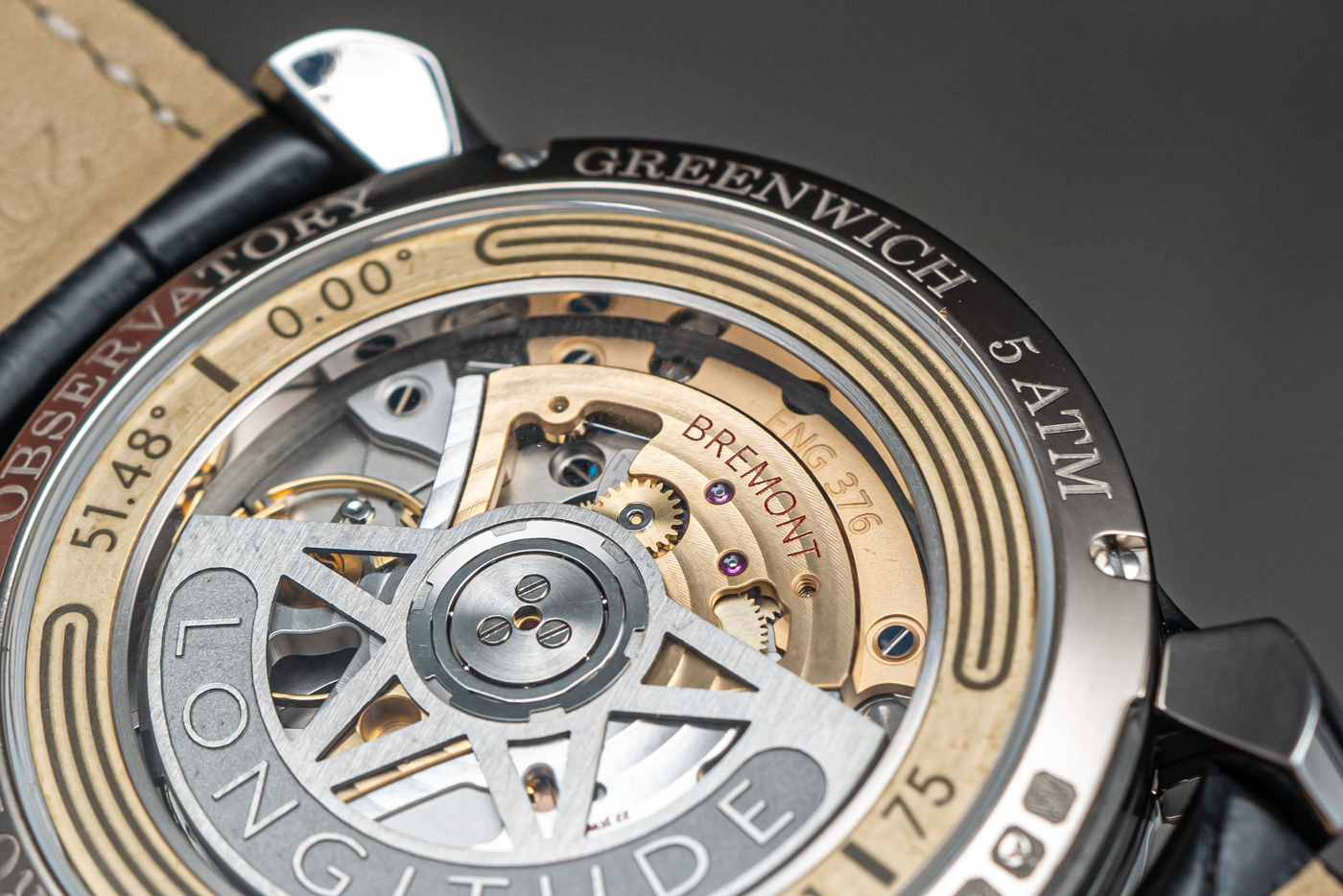 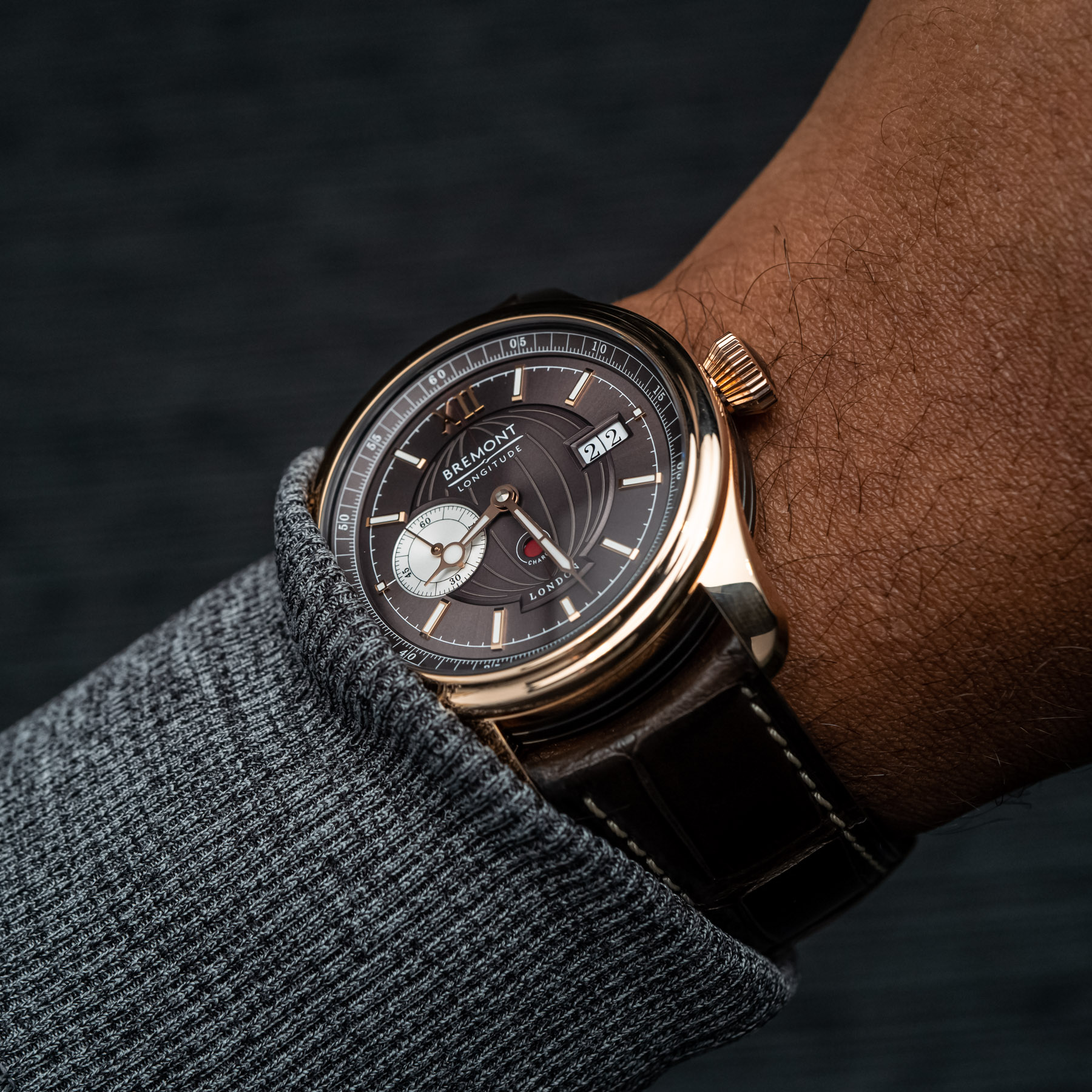 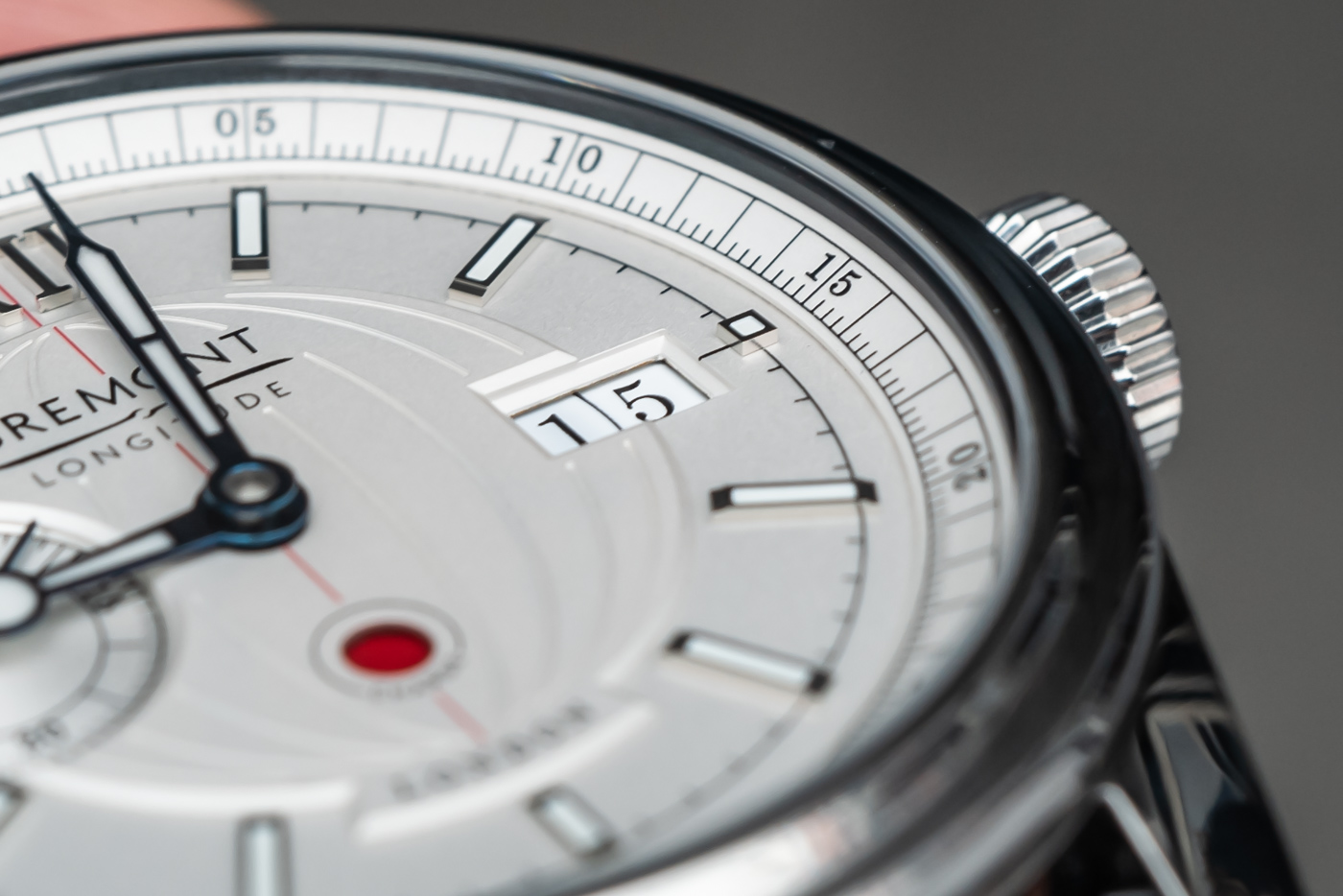 The Bremont Longitude watch itself comes in three limited-edition variants of 150 pieces in steel, 75 in rose gold, and 75 in white gold. Not just the name pays tribute to England’s history in timekeeping — so does the brass sourced from the historic Flamsteed Meridian Line at the Royal Observatory in Greenwich that is used on the movement’s outer rim. 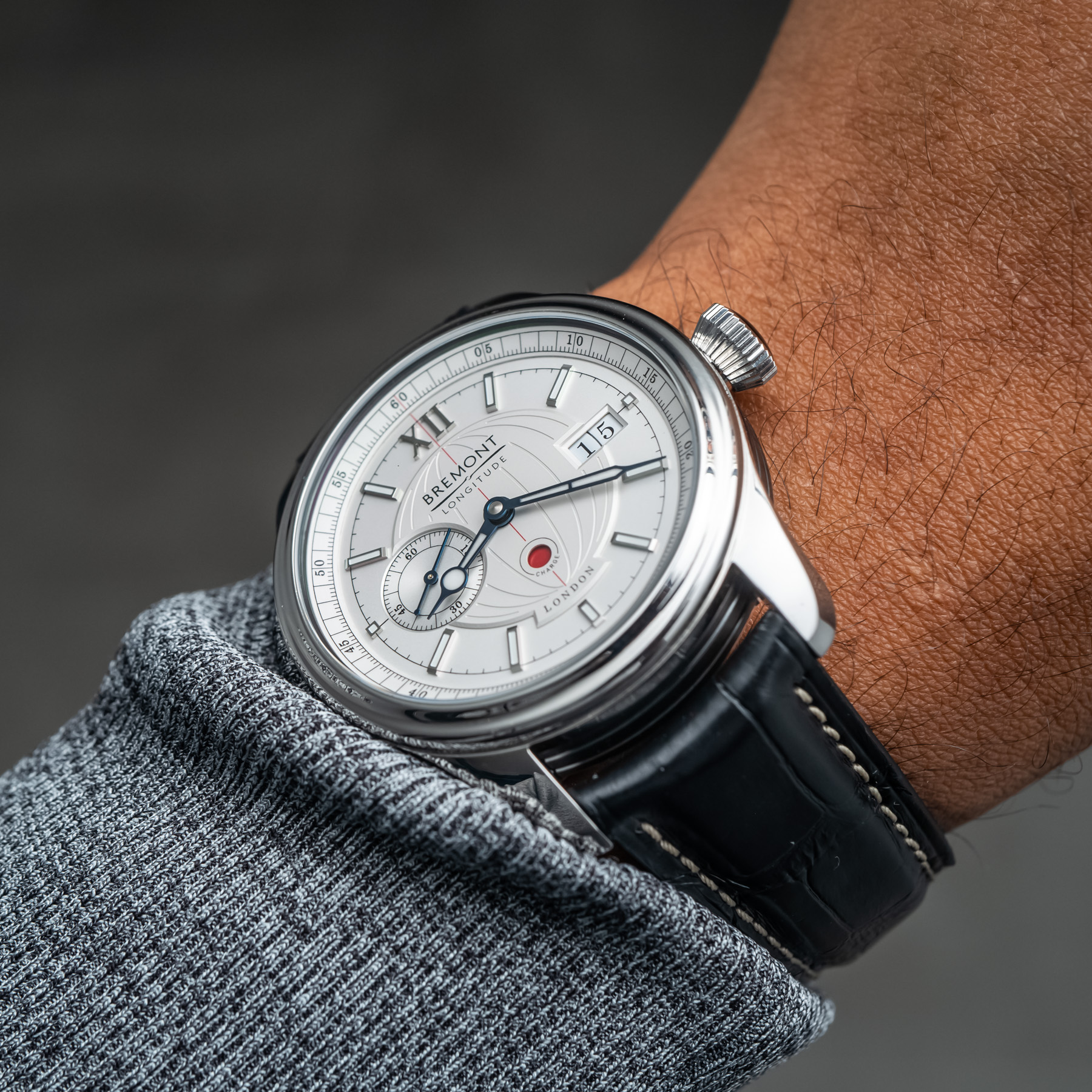 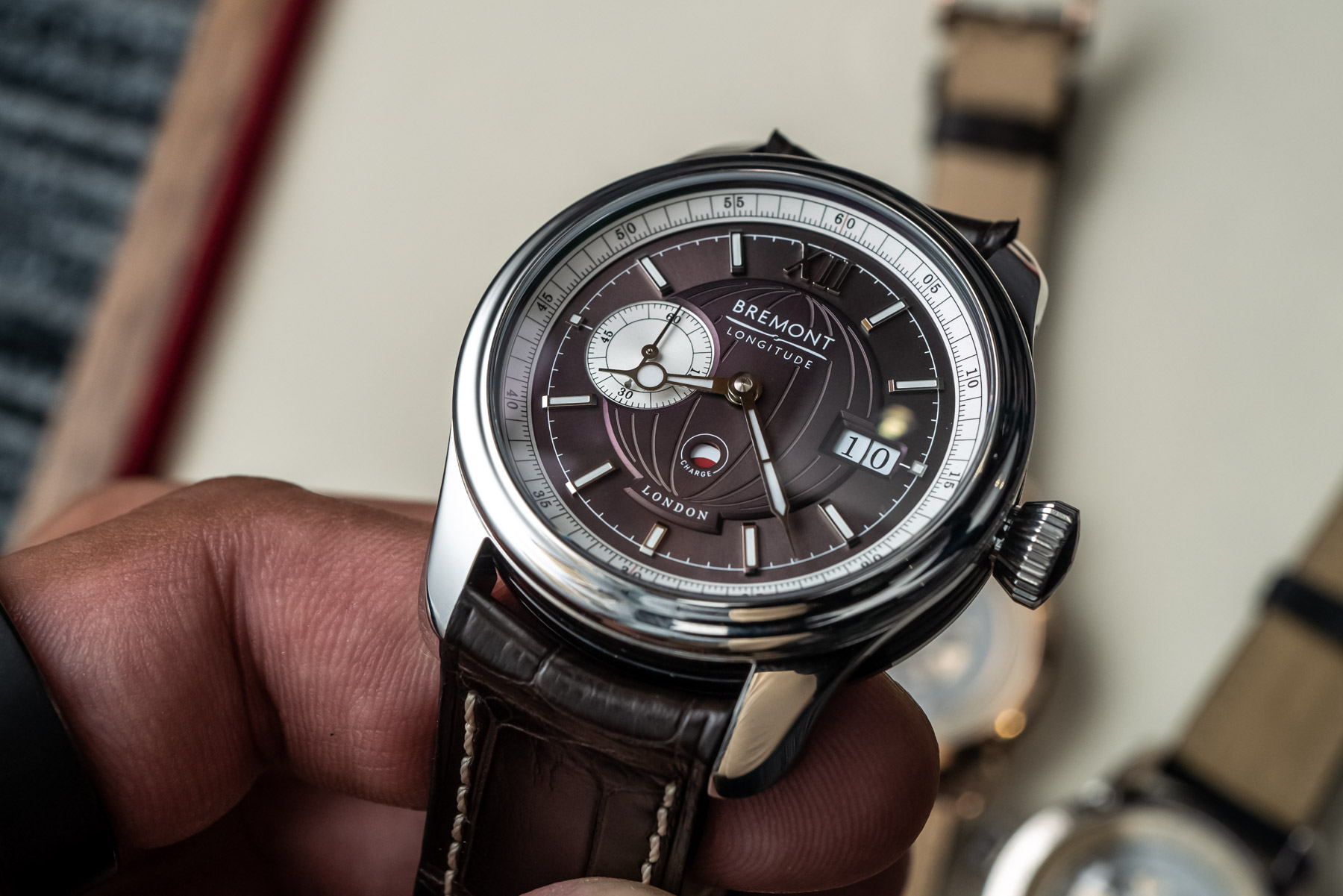 Done in a 40mm case that measures 12.5mm-thick with a 49mm lug-to-lug height, the Longitude features a large date window, as well as a power reserve indicator that is inspired by the red ball seen on top of the Royal Observatory. It really is a handsome and very well-built watch with an impressive case and elegantly simple design that is finally matched by a true manufacture movement. 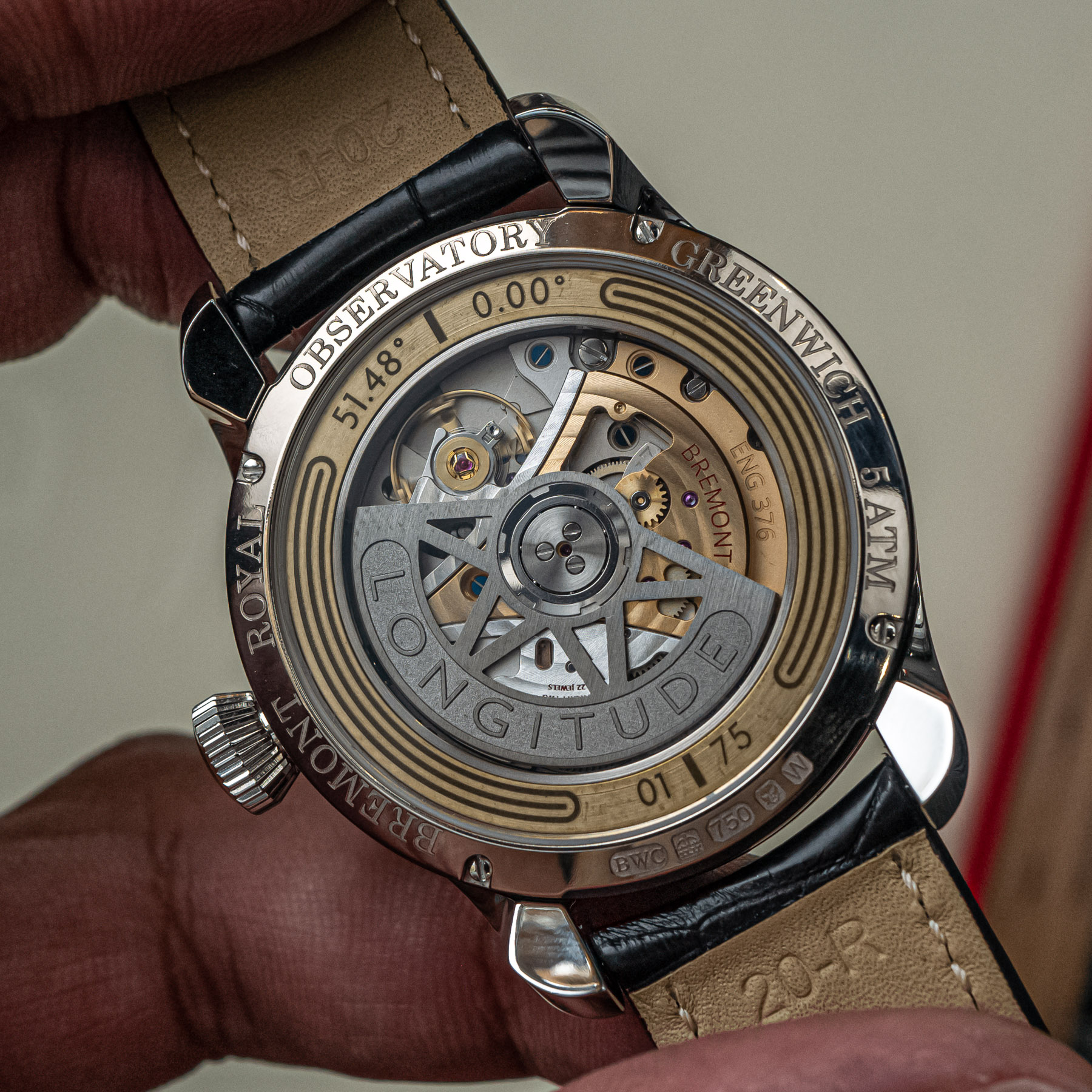 Turning the case over reveals the well-finished ENG376, which operates at 25,200 vph and has a 65-hour power reserve. The distinctly designed interplay of rhodium and gold plating on the bridges and small details like the blued screws really do reflect what the brand is trying to achieve and communicate with its first manufacture movement. 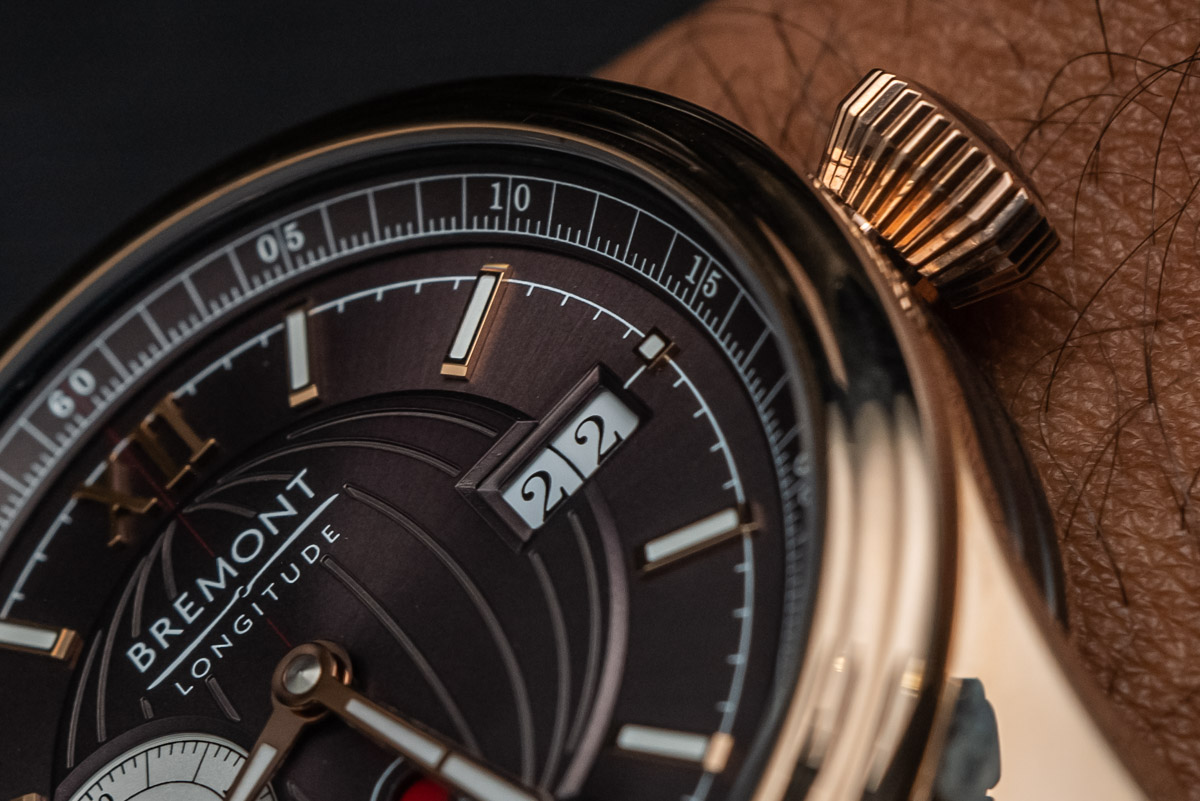 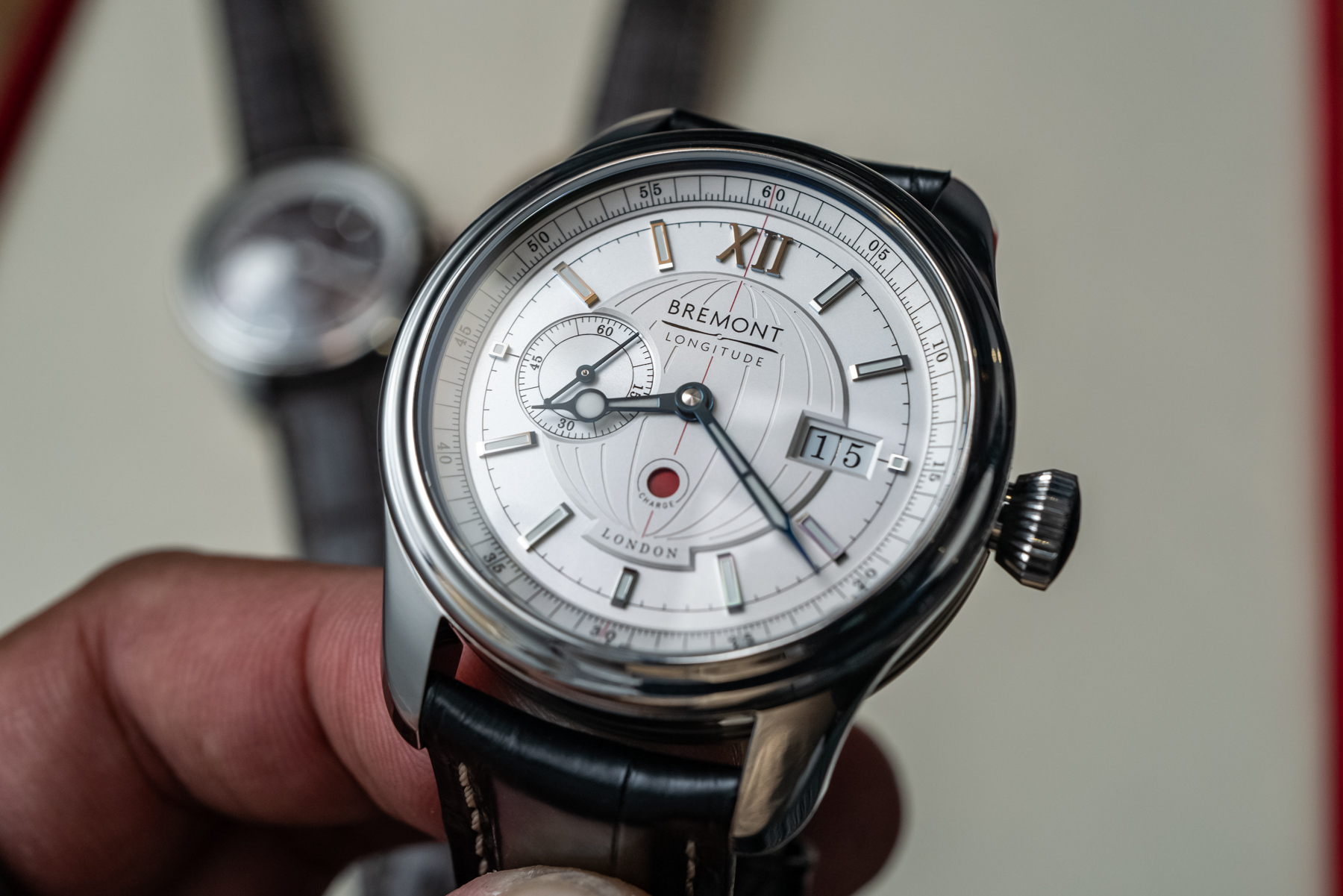 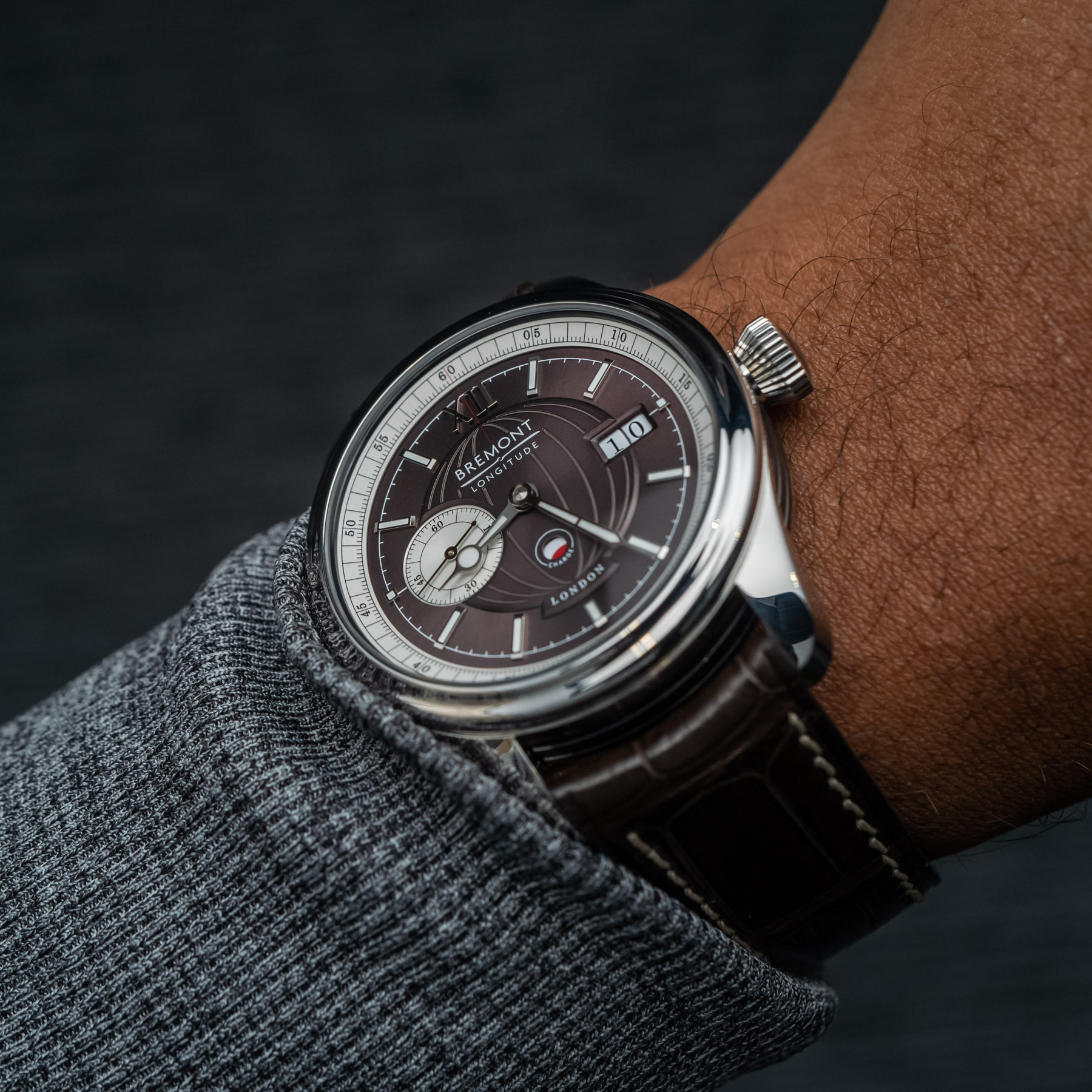 The opening of The Wing and the debut of the ENG376 marks the beginning of a new chapter for the brand, and the English brothers promise more calibers in the near future that will be significantly more affordable than the not-inexpensive Longitude Collection.

Having recently visited The Wing and spent some time with the employees and leadership of the brand, I plan on going a bit deeper about both this product and the brand’s plans in the near future, so look out for that. As for now, the limited-edition Bremont Longitude collection is priced at $16,995 in steel, $23,995 in rose gold, and $24,995 in white gold.  You can learn more at bremont.com.