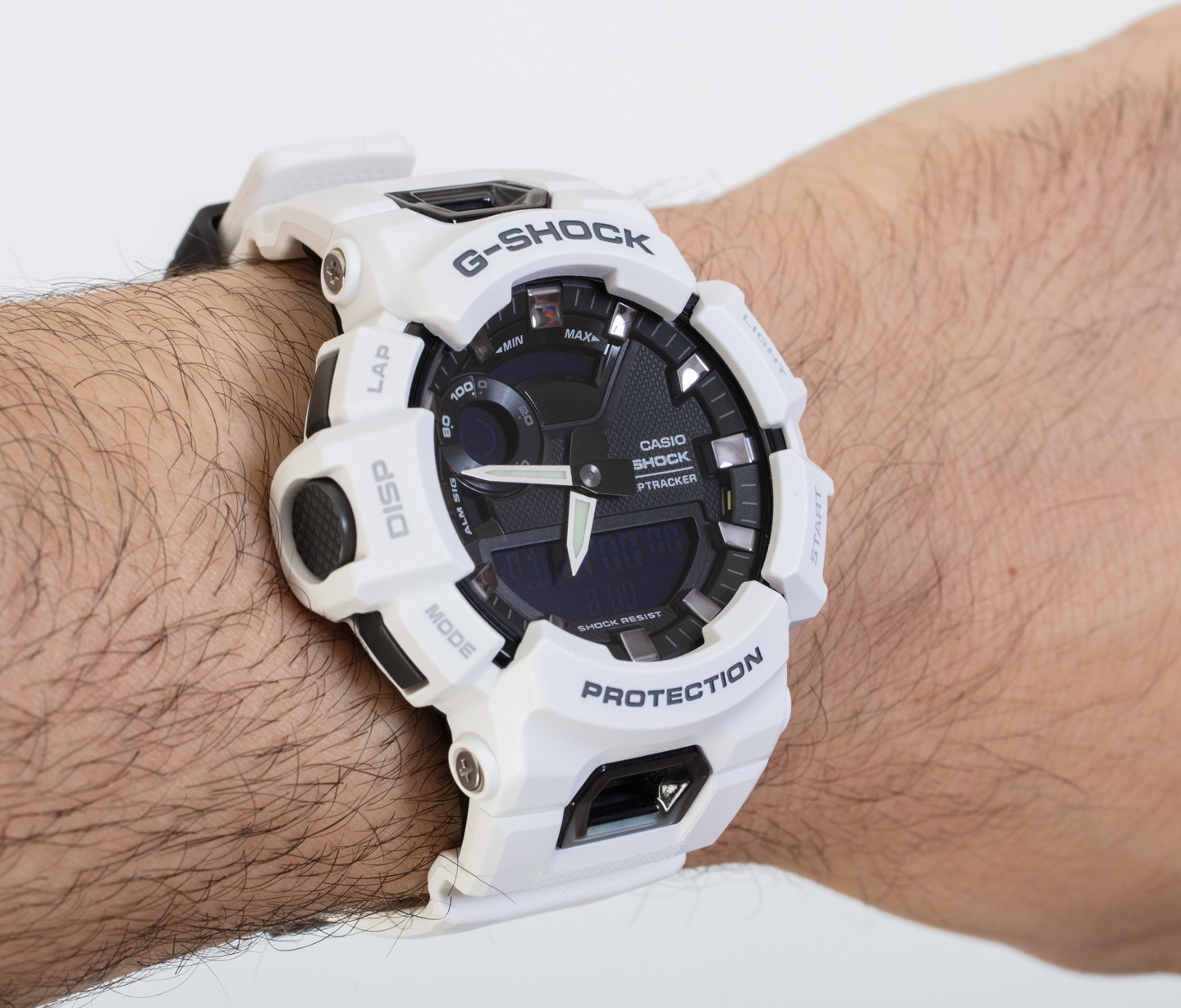 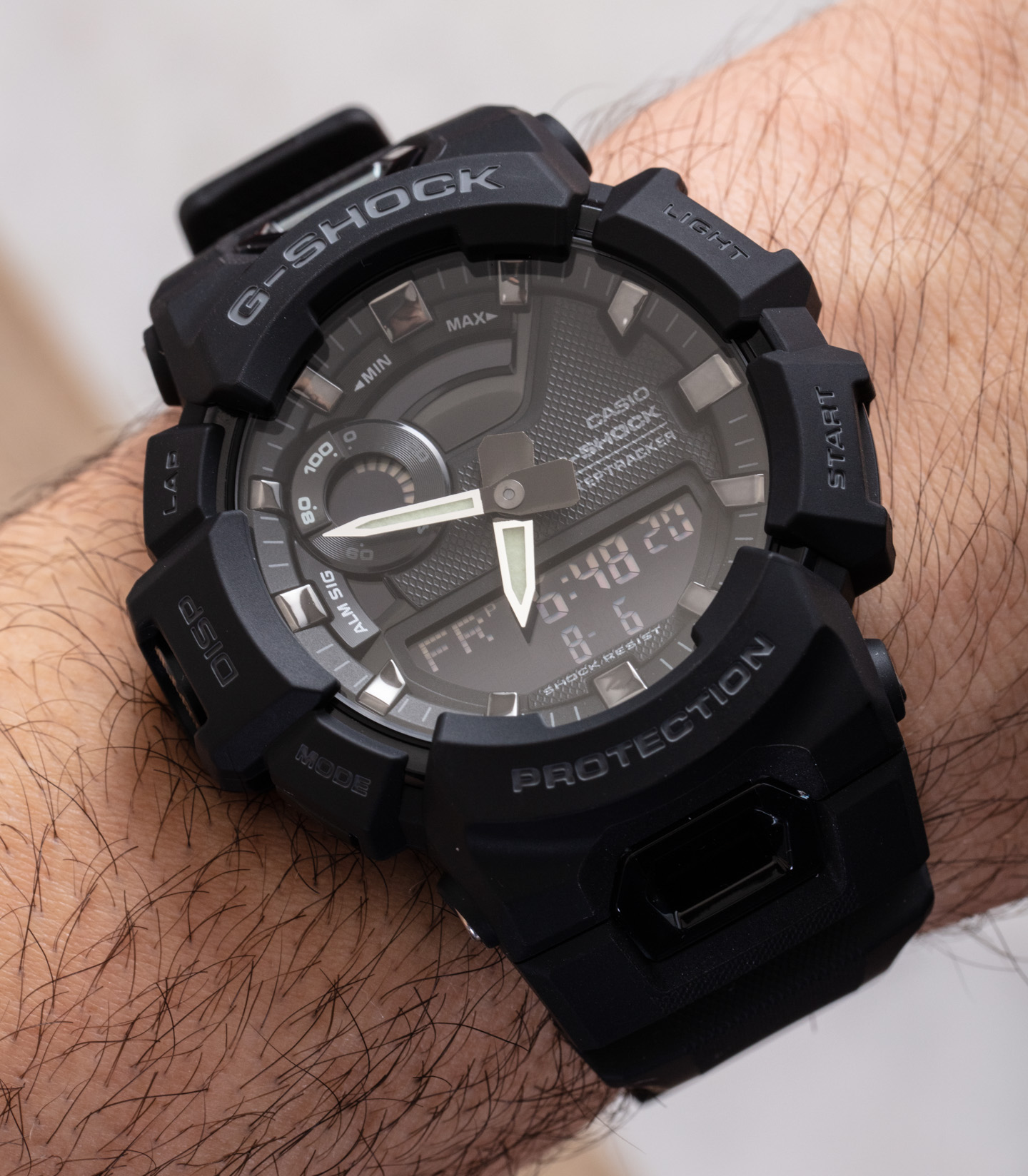 The Casio G-Shock Move GBA900 (seen here as the GBA900-1A in black and the GBA900-7A in white) is the latest affordable exercise watch from the Japanese watchmaker. Casio positions the GBA900 as currently the most affordable watch in its POWER TRAINER collection of G-Shock watches specially made for fitness tracking. These are smartphone connection-enabled (via Bluetooth) traditional G-Shocks that operate as classic ana-digi dial models but with a few new tricks up their sleeves.

Despite the introduction of some really impressive high-end models this year, the $100 – $150 price range has been a stellar area for exciting products from Casio lately. As one of our favorite watch companies, Casio continues to push forward loads of interesting new products with new features that also happen to be getting better and better looking. The GBA900 is actually smaller and thus more wearable than many other G-Shock timepieces. Even though the dimensions are 48.9mm-wide by 16.6mm-thick and with a 51.3mm lug-to-lug distance, this is considered medium-sized for a G-Shock. The GBA900 also weighs very little at just 61 grams and the case is water-resistant to 200 meters. 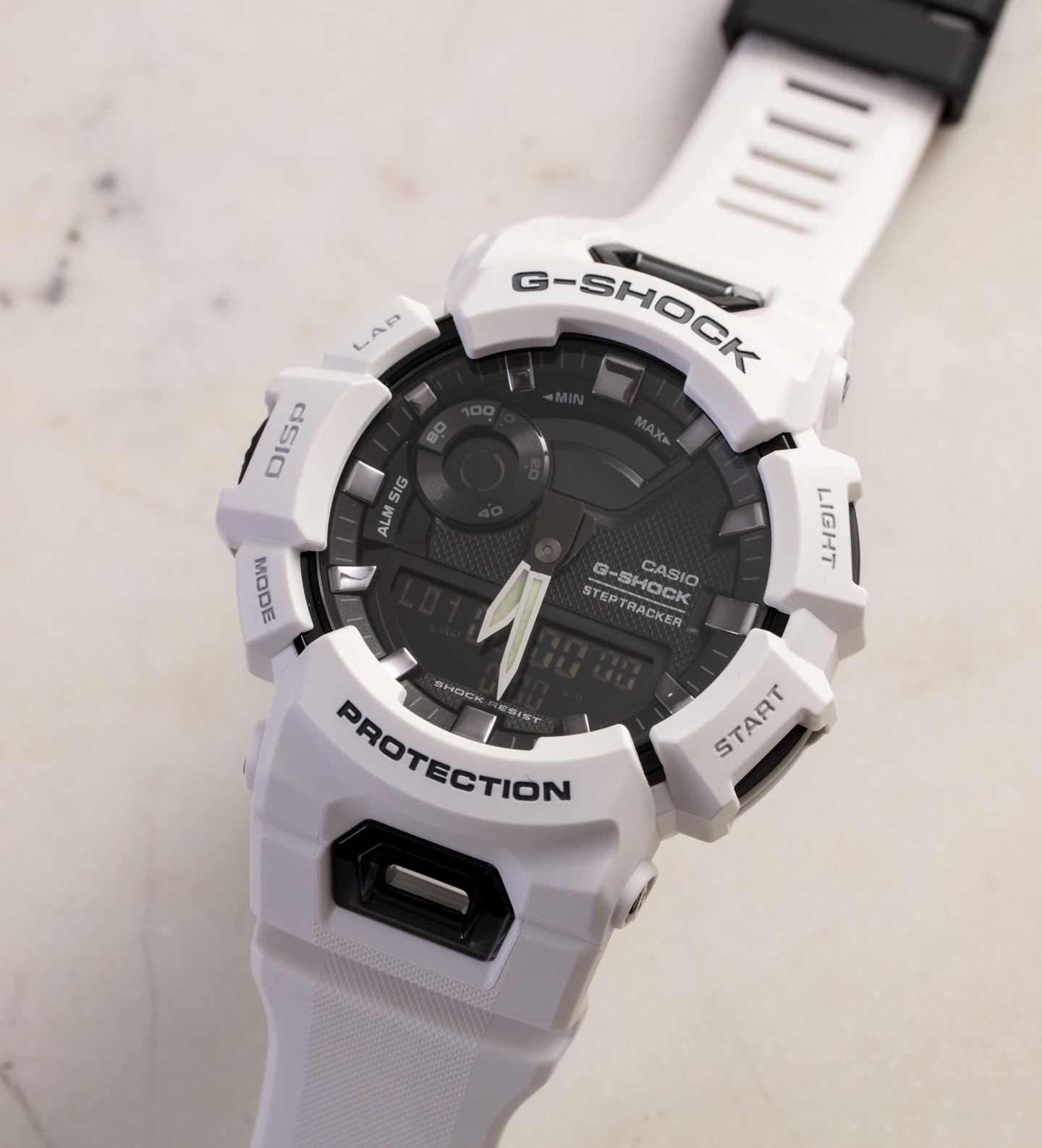 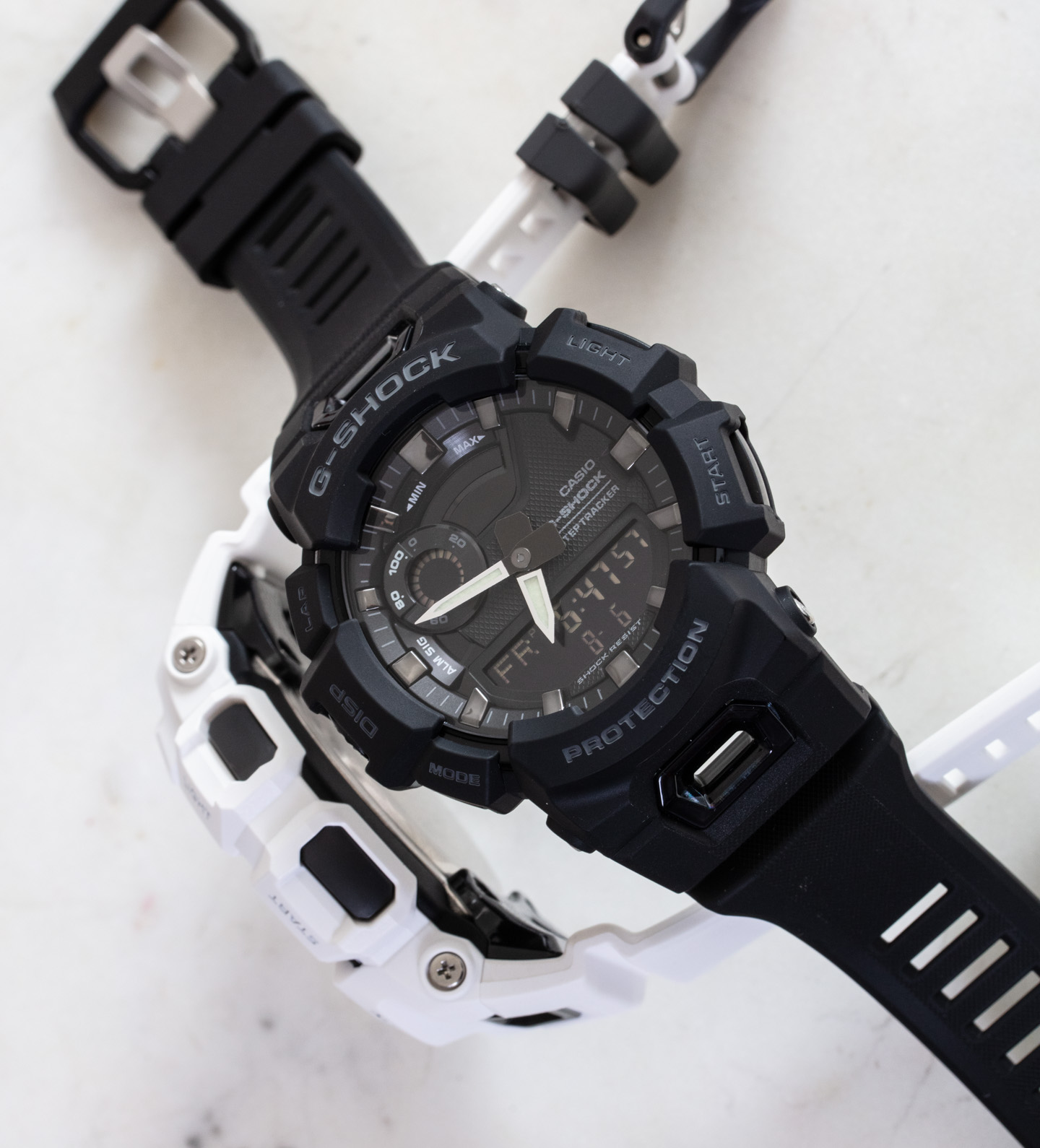 In a lot of ways, the GBA900 doesn’t look radically different from many G-Shock models that came before it — which isn’t a bad thing. I do, however, think the colorful versions of this watch, as well as the black-white GBA900-7A, are particularly nice looking though. The analog hands are legible, and the several areas of negative LCD screen are still pretty easy to see. In addition to the time and calendar information, which take up most of the dial information, there is a horizontal exercise intensity bar graph at the top of the dial to help you keep active enough. While the budget price of the GBA900 doesn’t allow for it to have something fancy like a heart rate monitor, it does have an accelerator built into it, and it does also use GPS information from a Bluetooth-connected phone. That apparently allows the watch to tell you the distance you’ve gone natively on the watch. More so, Casio seems to suggest that the software in the watch learns from previously used GPS distance data and then is able to track distance without needing to be connecting to your phone via Bluetooth all the time. That’s pretty cool.

Connecting the watch to the Casio G-Shock smartphone app is also helpful for other features such as the watch automatically updating the time while you are traveling. The Casio module inside the watch also powers a number of other expected features, including a world time function, stopwatch, alarms, full calendar, and countdown timer. Casio claims a battery life of two years with regular use. The dial also has a white LED backlight, which can be activated via the press of a button. 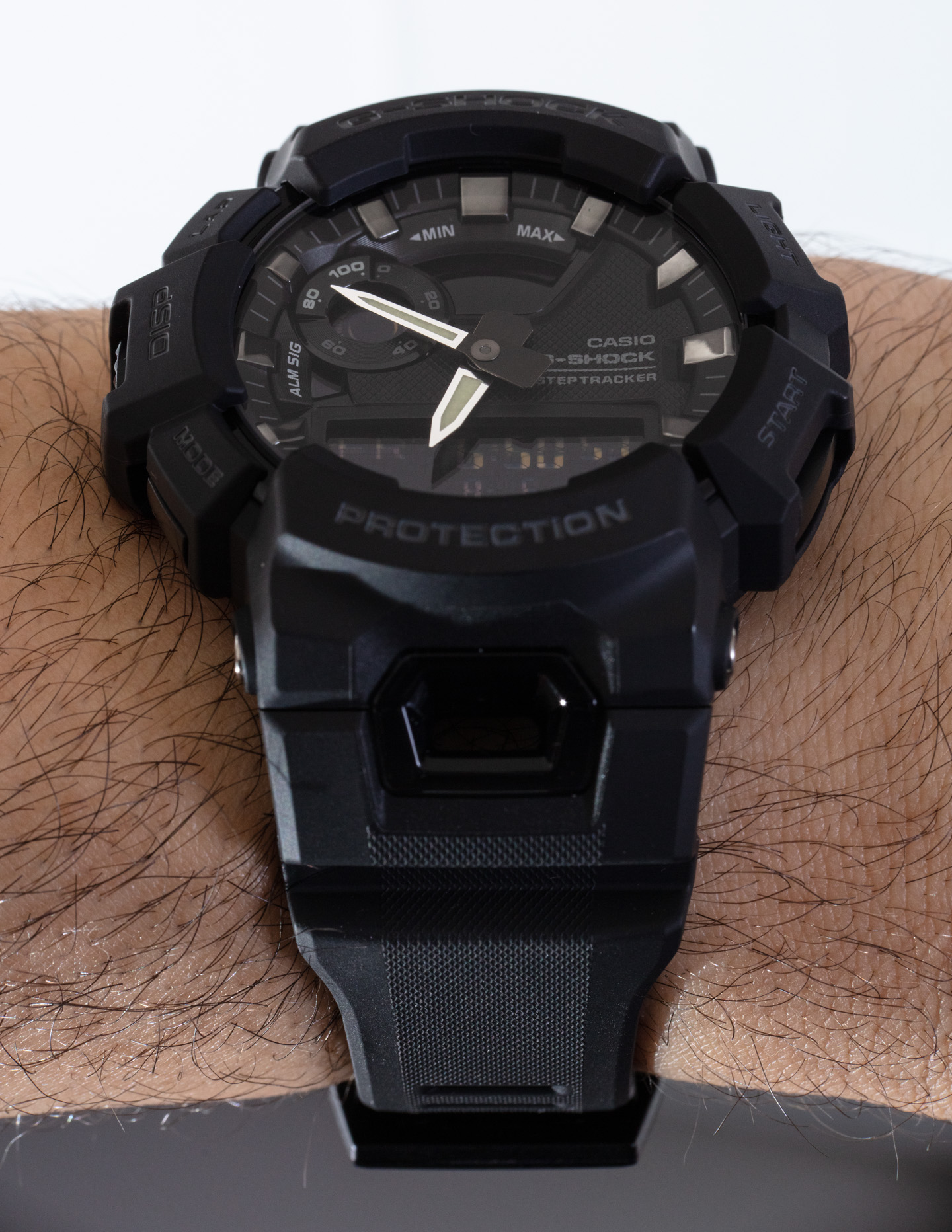 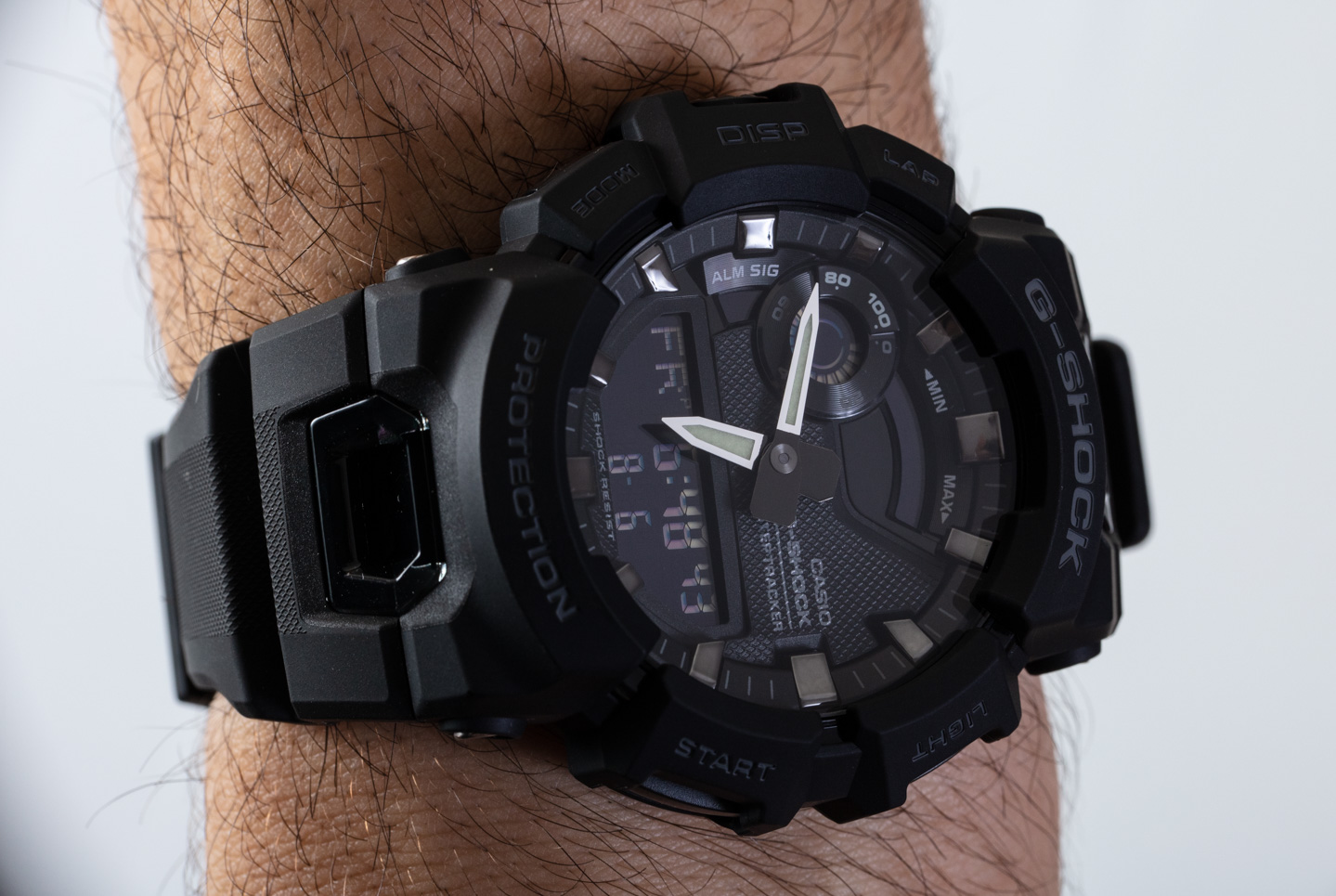 The case doesn’t use Casio’s new Carbon Core Guard construction, which is still mainly for higher-end Casio products, but the steel caseback is flanked but soft plastic wedges that make wearing the watch a lot more comfortable. The wedges now have vents that might be merely decorative but might also help less sweat accumulate under the watch while you are wearing it during rigorous exercising activity. 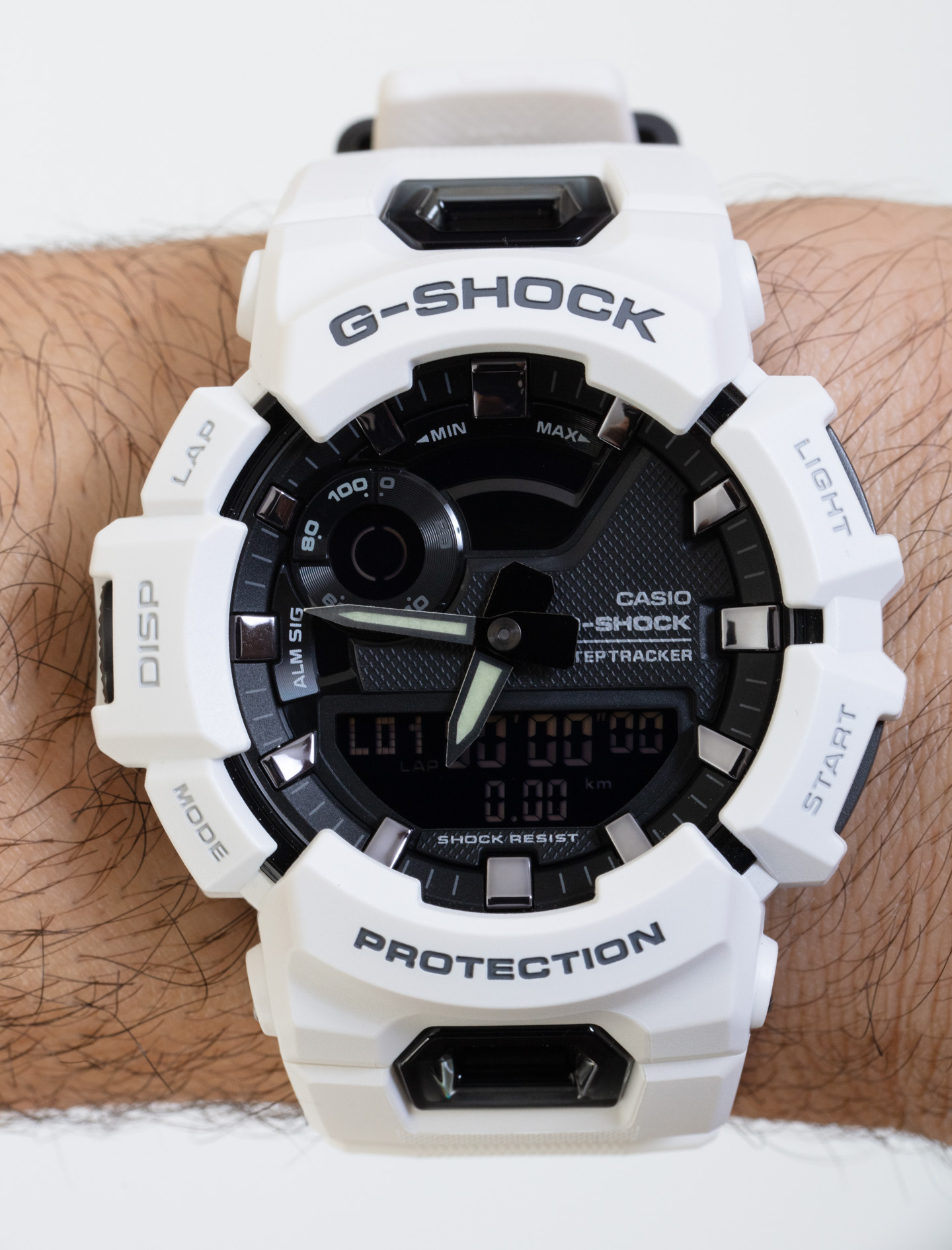 For fitness enthusiasts who aren’t interested in a smartwatch for a variety of good reasons, but would like help staying active, the Power Trainer GBA900 is an excellent mixture of modern features with a classic G-Shock wearing experience (plus all the wearing comfort). I find that once you start using a Casio watch with the G-Shock App, it becomes difficult to go back, so it is further nice to see that more and more Casio watches are being designed from the ground up to live harmoniously with (and not replace) your smartphone. Price for the Casio G-Shock Move GBA900 Power Trainer collection watches is $130 USD. Learn more at the Casio G-Shock website here.