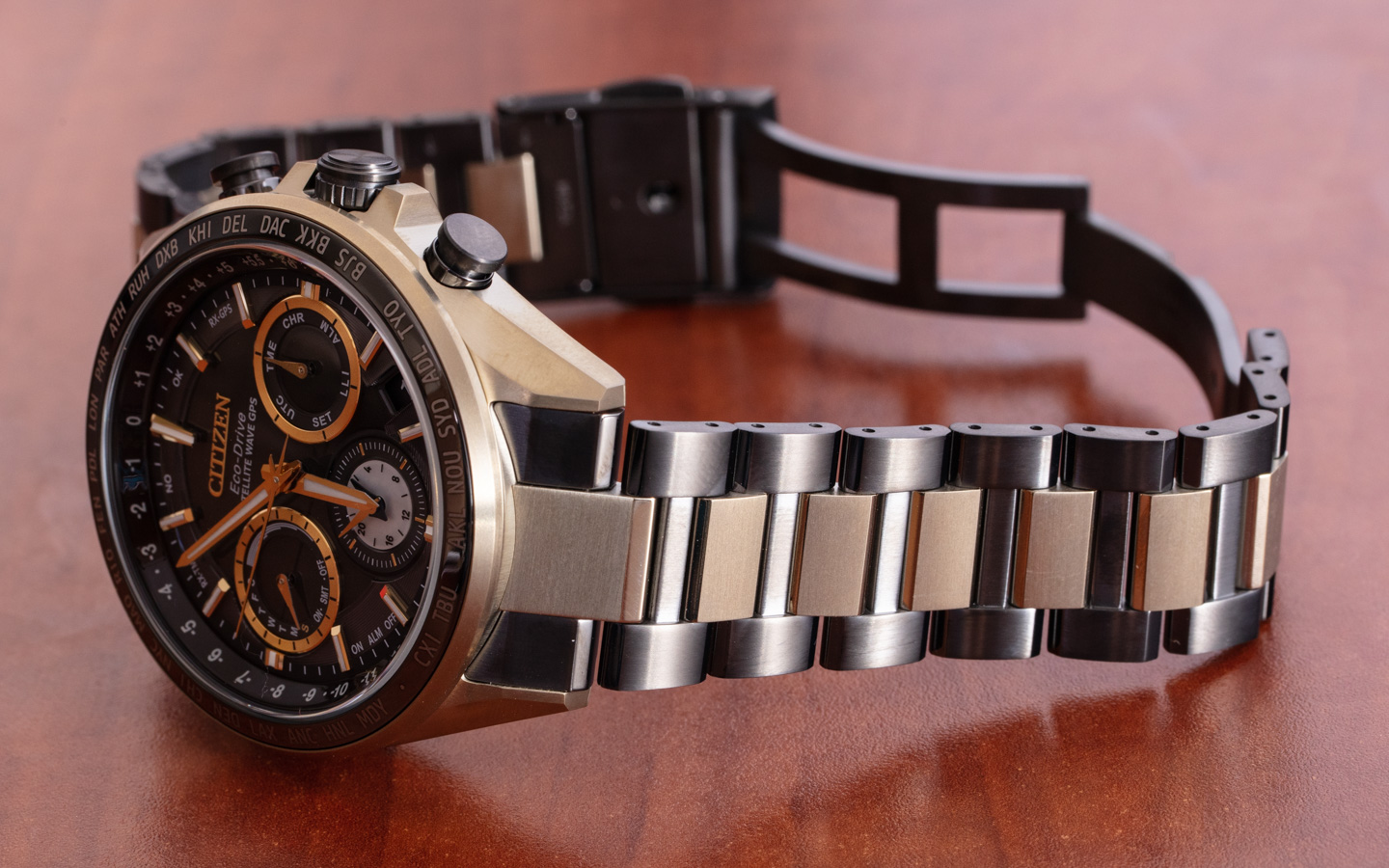 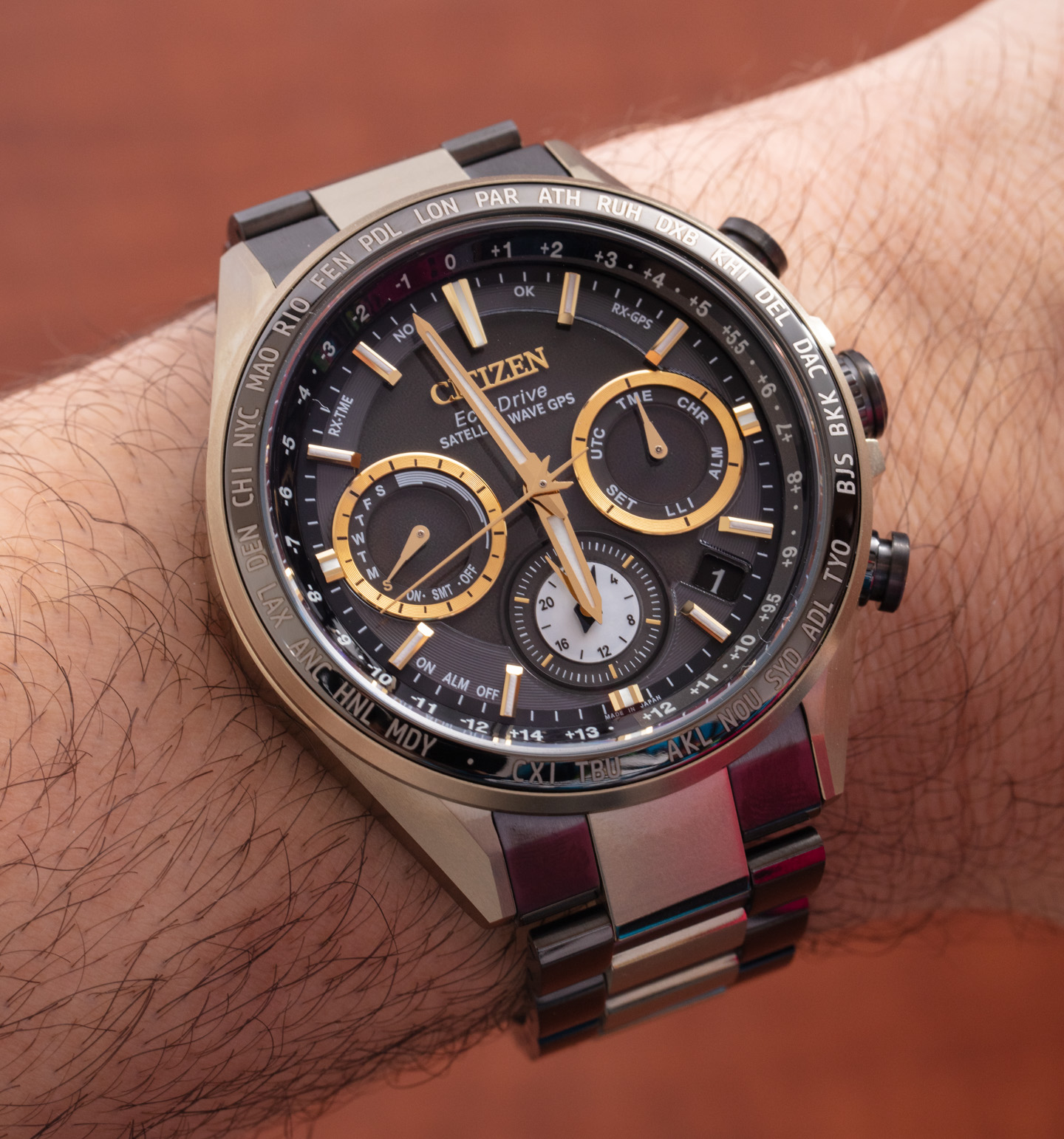 In 2019, Citizen Group of Japan announced that it was going to be supplying its proprietary Super Titanium for application in a Japanese lunar lander known as HAKUTO-R. Citizen and some other watch companies have special alloys or coatings designed for wristwatches that can also have relevance for other industrial applications. Super Titanium improves upon standard titanium in a few key ways, all related to wear resistance. Using the material in parts for a lunar landing vehicle shot through space makes a lot of sense. Now, in 2021, Citizen introduces two watches that celebrate the HAKUTO-R moon landing system. I go hands-on with the Citizen HAKUTO-R reference AT8185-71E and CC4016-75E Super Titanium watches.

Japan’s Citizen is among the few players in the wristwatch space producing what we call “high-end quartz.” The term is meant to differentiate more luxury-appointed timepieces built with quartz-based movements, as opposed to more mainstream quartz watches that have simpler movements and less luxurious case and dial constructions. High-end quartz is getting more popular but is still a niche area of the watch enthusiast space even if there are some very loyal followers. The Japanese domestic market is one such place where high-end quartz can do quite well. Citizen has been producing a variety of very fancy in-house-made quartz movement-based watches for years now, and these two watches are among the latest pieces. 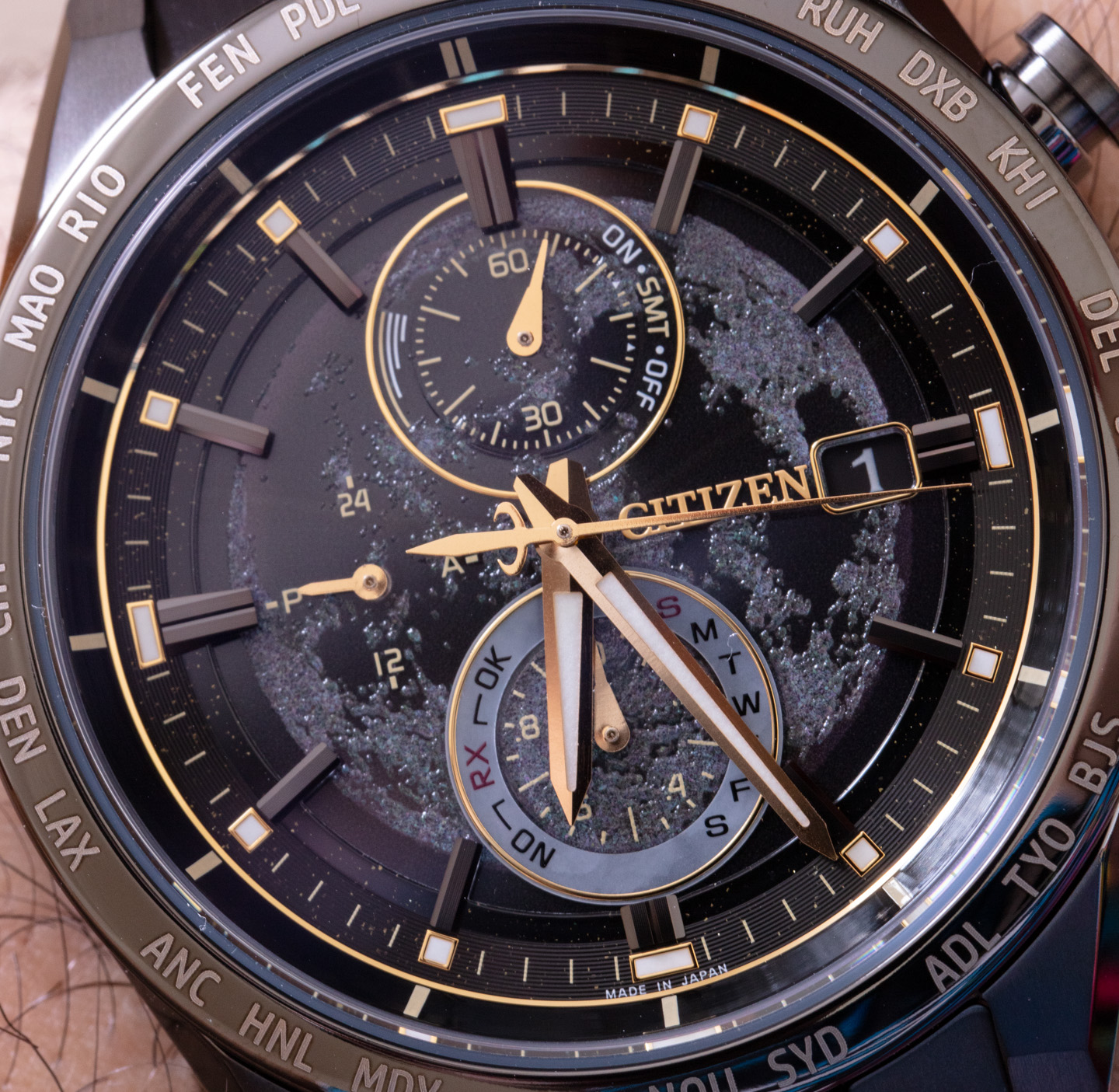 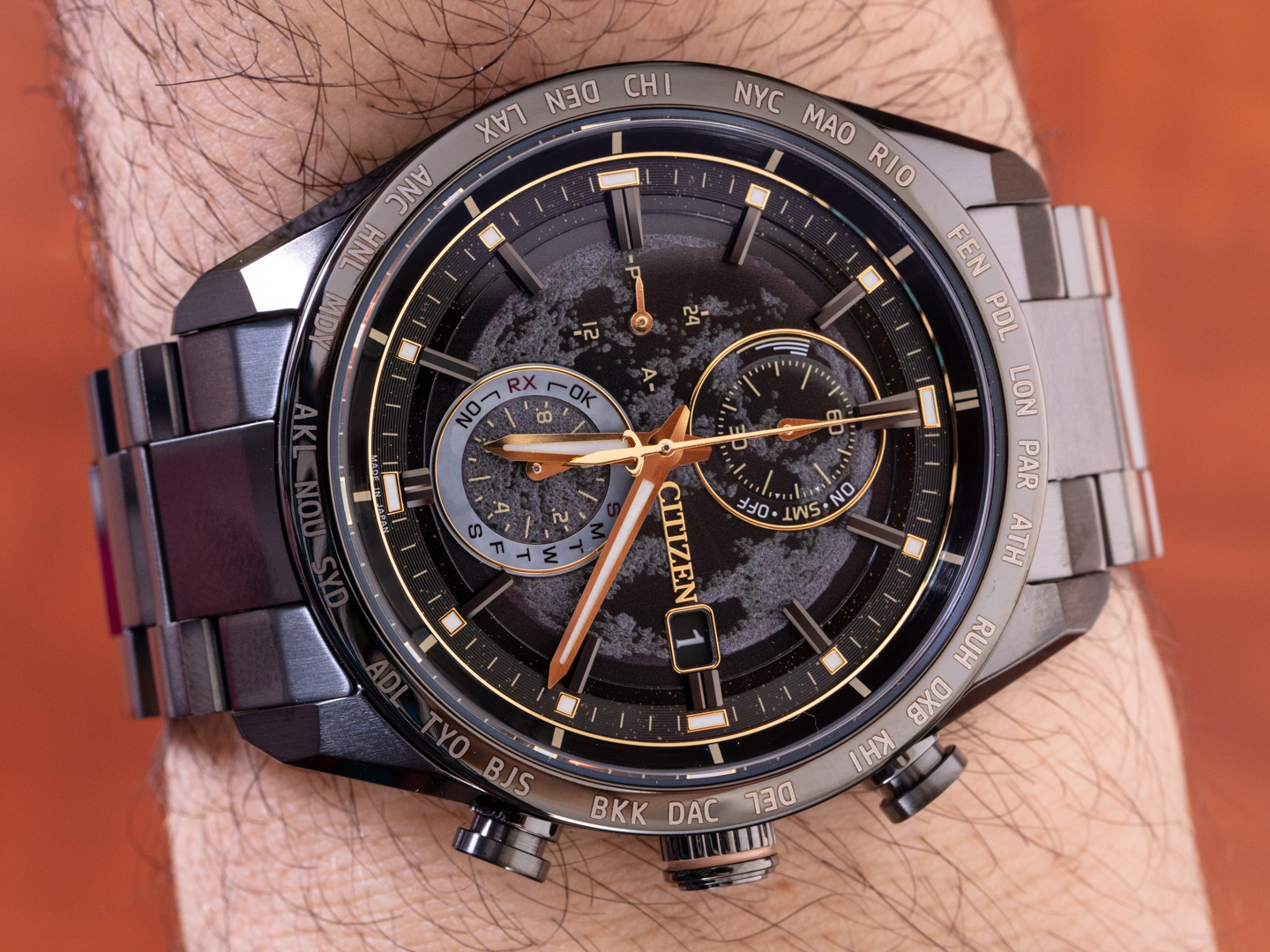 Almost inevitable with Citizen’s limited-edition high-end quartz watches is a small degree of sticker shock. These watches are, indeed, produced in more limited quantities and are typically more artistic than Citizen’s volume products, though they can be priced several times as much. I believe this is primarily due to their very small production numbers and Citizen’s need to recoup more of the development costs in a smaller number of watches. Indeed, these are halo products that help with overall brand value, but at the same time, no one wants to keep making products if you can’t even break even at the end of a run. In any event, let’s look at these two interesting limited-edition Citizen Super Titanium Hakuto-R watches.

While similar in style, these two watches have more than a $1,000 price difference — mostly because of the different movements. The names of the watches are the same, with only the reference numbers being different (I know). Let’s start with the reference AT8185-71E, which is a world-timer travel watch that has an artistic dial motif of the surface of the moon. The dial is created from three printed layers that give an impressive three-dimensional effect. I love that you get a genuine “spacey” vibe to the watch, without the moon art being distracting or even cheesy. 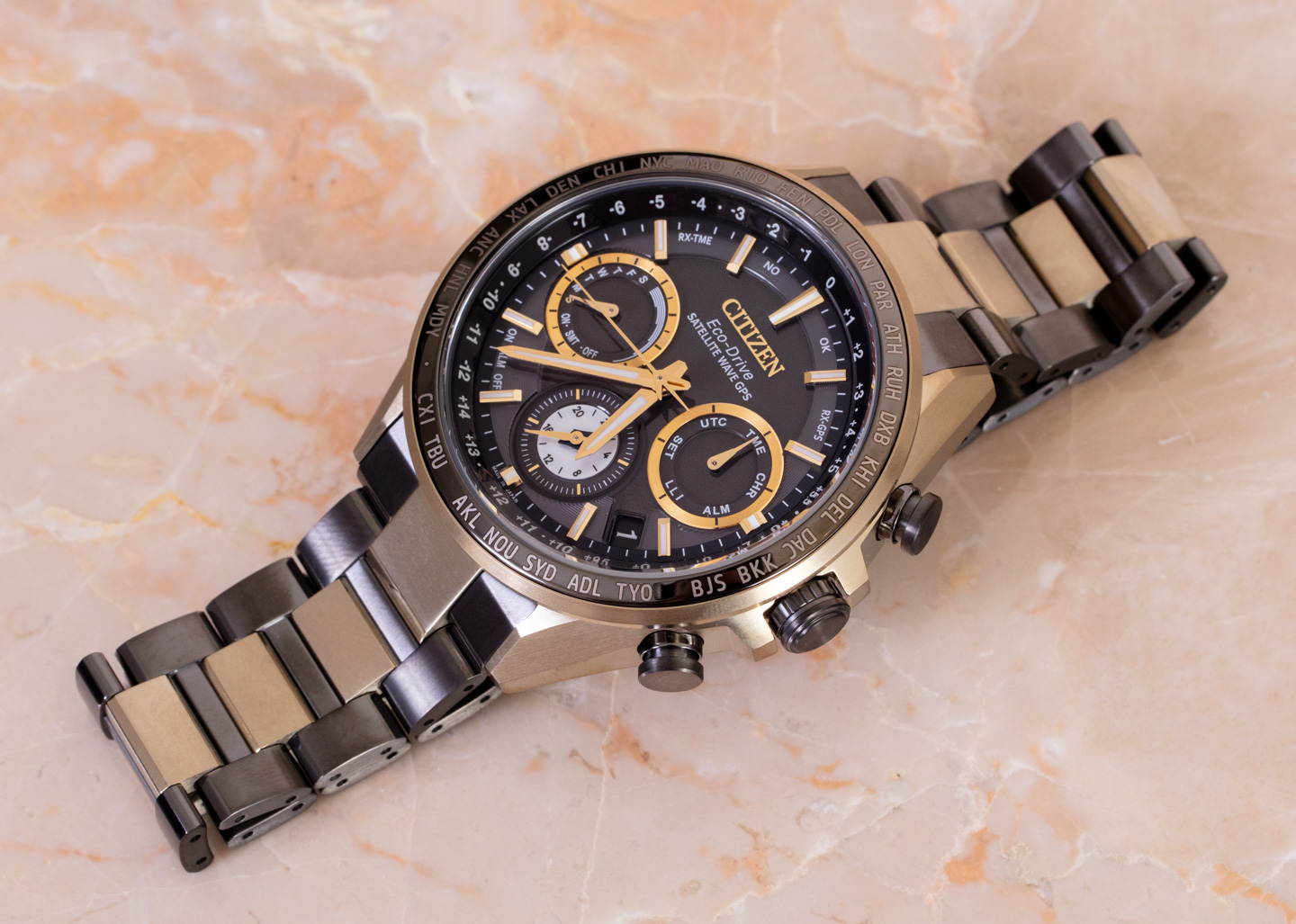 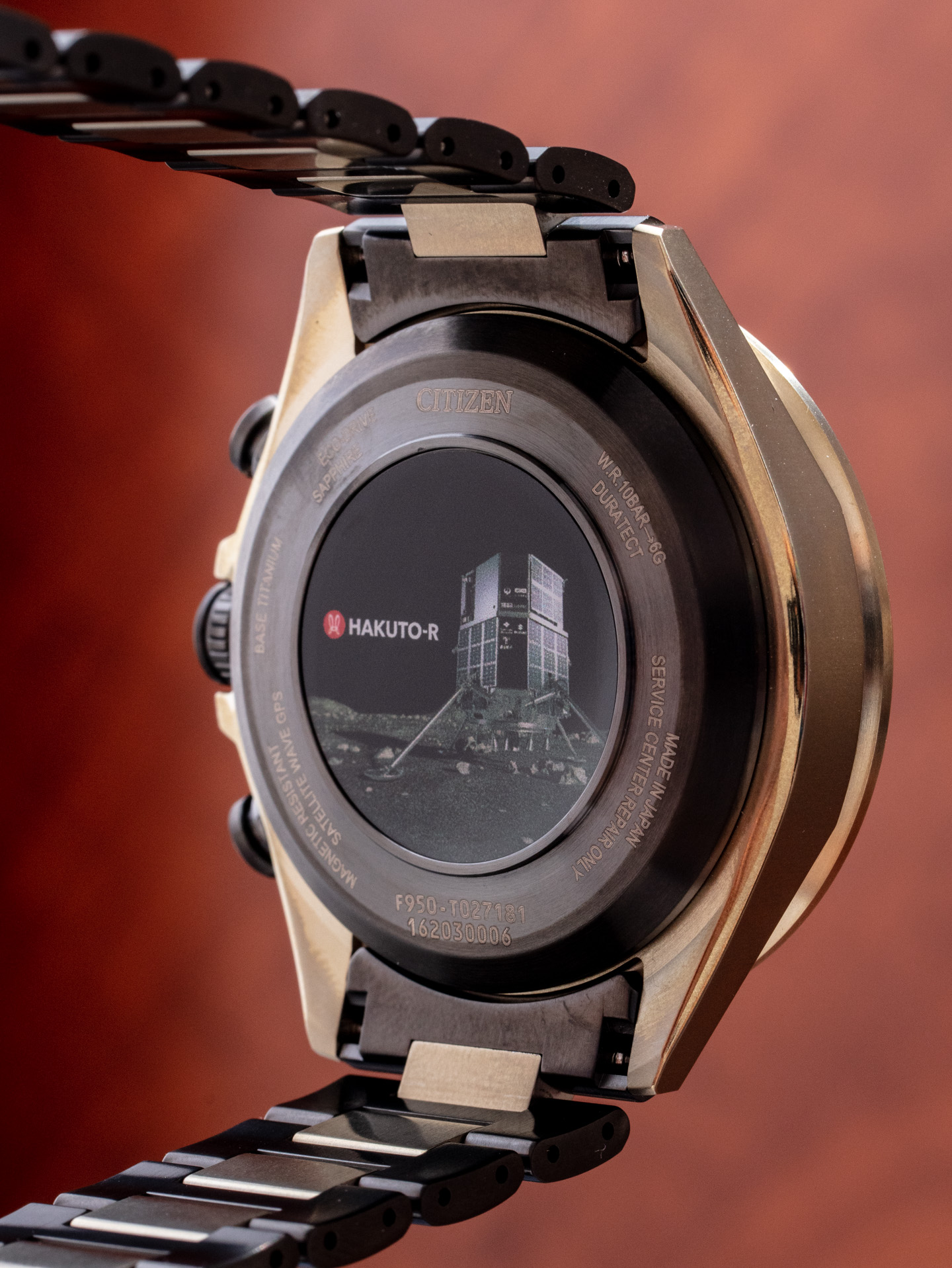 The AT8185-71E Hakuto-R watch contains Citizen’s H800 movement, which can sync with atomic clock radio signals and an Eco-Drive (meaning it is powered by the light). The movement is useful, but I would have liked for it to have either GPS or Bluetooth and a companion phone app to control the movement features. Casio offers that for less money — even if those watches aren’t as well-appointed. The dial also contains a ring of mother-of-pearl around the lower subdial, which is rather classy, in my opinion. Gold tones on the dial mix with lunar black-toned Super Titanium case and bracelet. The case for this model is 42mm-wide and water-resistant to 100 meters with a sapphire crystal over the dial.

On the rear of the Hakuto-R AT8185-71E is the Hakuto-R logo — which means this watch is really for insiders who are directly familiar with the lunar lander program. The other limited-edition model has a more vivid scene of the lander, which I think better explains the theme, though I do like how Citizen went in entirely different directions with the two Super Titanium Hakuto-R limited-edition timepiece models. This model in all-black with the world-time dial will be limited to 1,600 pieces. 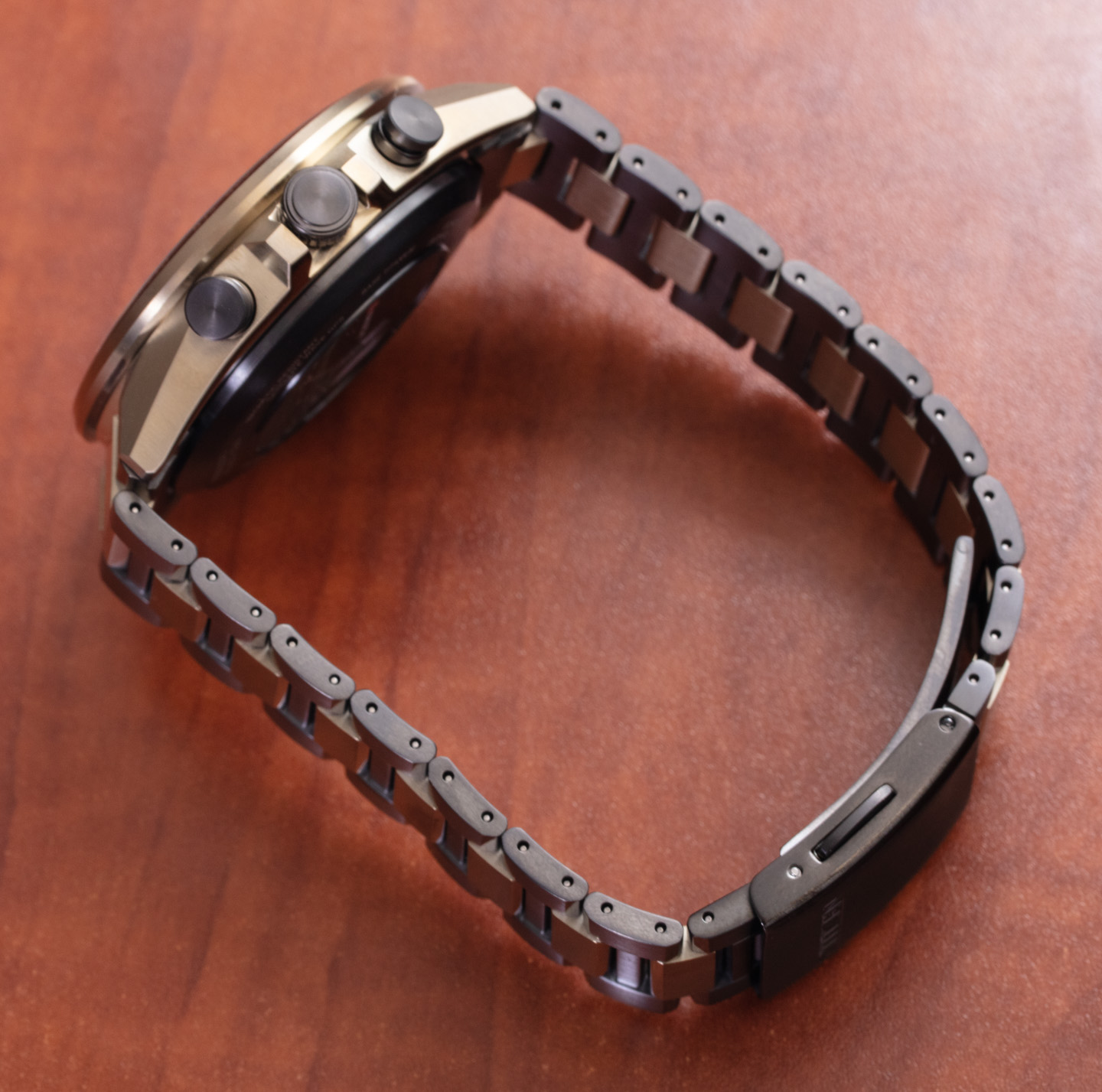 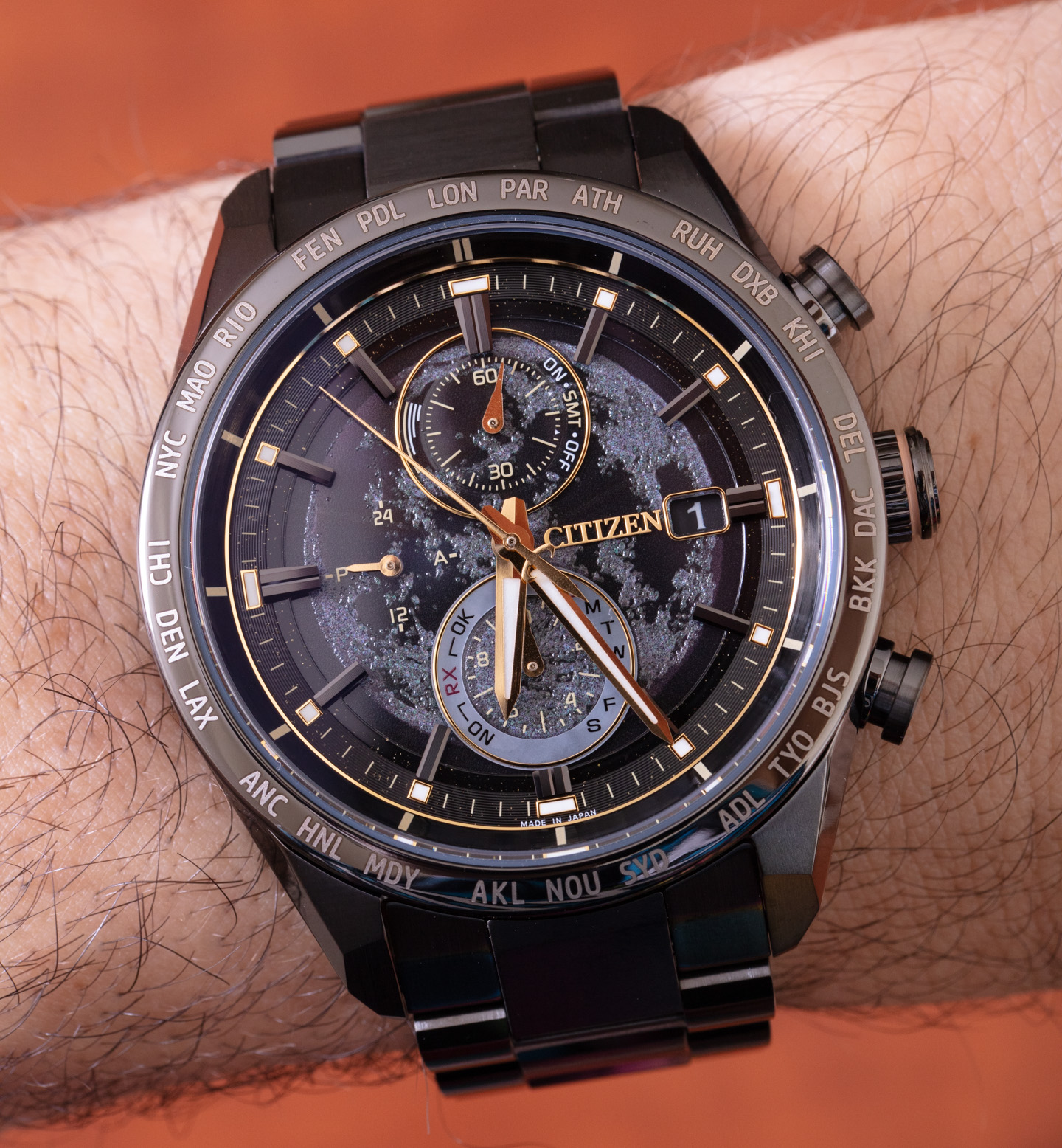 Things get a bit more expressive and modern in the Citizen Super Titanium Hakuto-R reference CC4016-75E that is both more expensive and a bit more limited than the above-discussed model. Though only that model has the nifty printed moon dial. The Super Titanium Hakuto-R CC4016-75E is part of the Satellite Wave GPS family and has the current-generation F950 Eco-Drive movement. This is a larger movement than the H800, but it adds more functionality, a cleaner dial, and has a GPS receiver in it — though neither of these watches yet have Bluetooth connectivity, which I think is something Citizen would be wise to pursue.

The F950 does most of what the H800 does but with a different dial layout that I find easier on the eyes. Once again, we see a mother-of-pearl segment in a subdial, as well as a gold tone for the hands and hour markers. The CC4016-75E also has a two-tone Super Titanium case that includes both a gunmetal black and a pale gold tone. This Super Titanium Hakuto-R is a bit larger at 44mm-wide (also with sapphire crystal) and has the same 100 meters of water resistance as the other Hakuto-R model. The bracelets on each are comfortable and attractive, albeit simple in design and construction. The overall light weight of each of the watches (due to the titanium case material) is very impressive and makes them quite wearable for long periods of time. 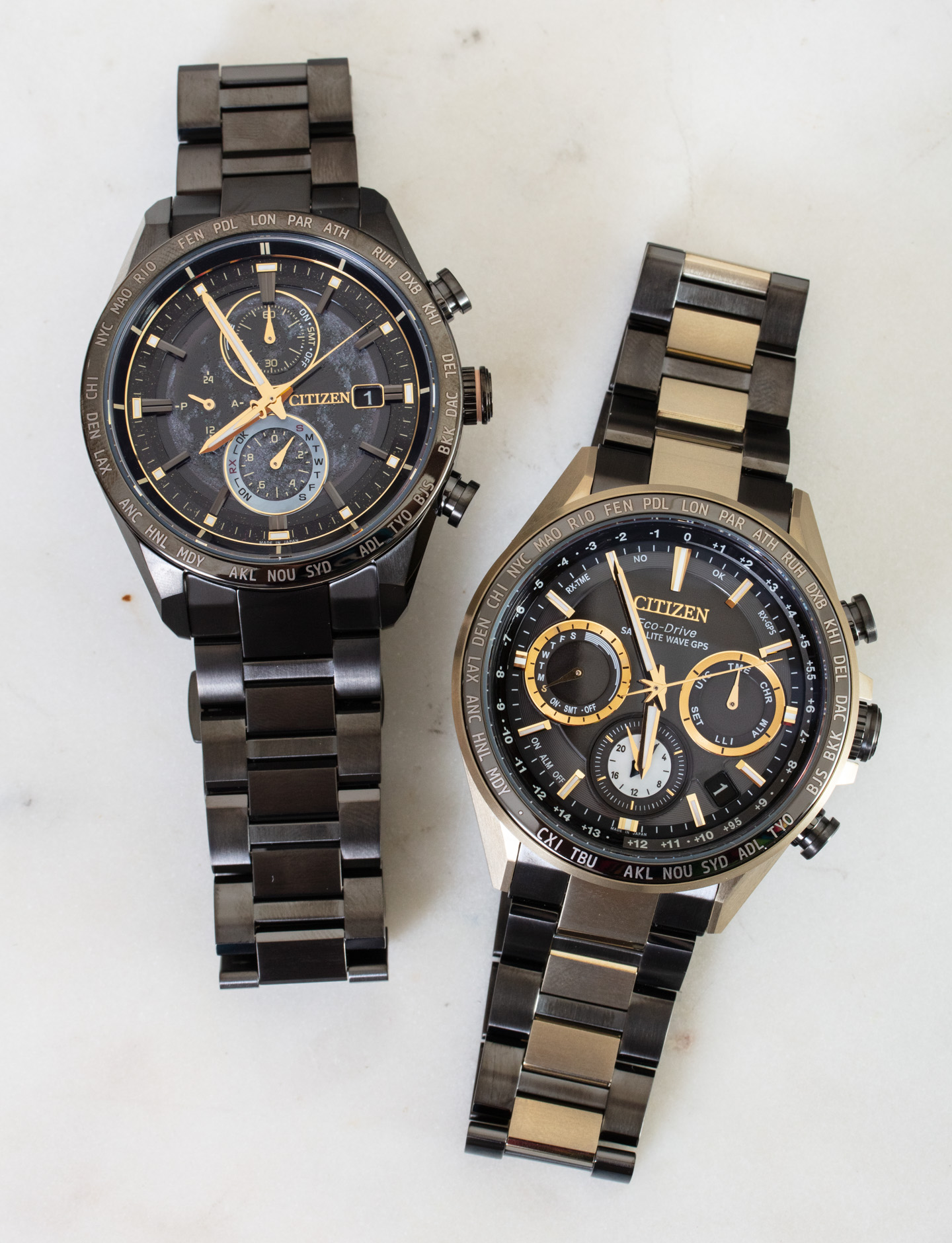 Around the watch bezels are the reference city names (I believe there are supposed to be 27 of them), which is a design element shared by both pieces. Note that Citizen made other interesting differences, such as the design of the crown and pushers as only the reference CC4016-75E has crown guards. Even the design of the counterweight on the seconds hand varies between the two models. Neither is a clear winner even if I prefer the F950-based Hakuto-R watch given its more serious travel-oriented GPS movement. Both watches have distinctive artistic flair but at the end of the day manage to still solidly be sport-style watches. The Citizen Super Titanium Hakuto-R CC4016-75E will be produced as a limited edition of 1,200 pieces. Price for the Super Titanium Hakuto-R reference AT8185-71E is $2,295 USD and the reference CC4016-75E is $3,495 USD. Learn more at the Citizen watches website here.