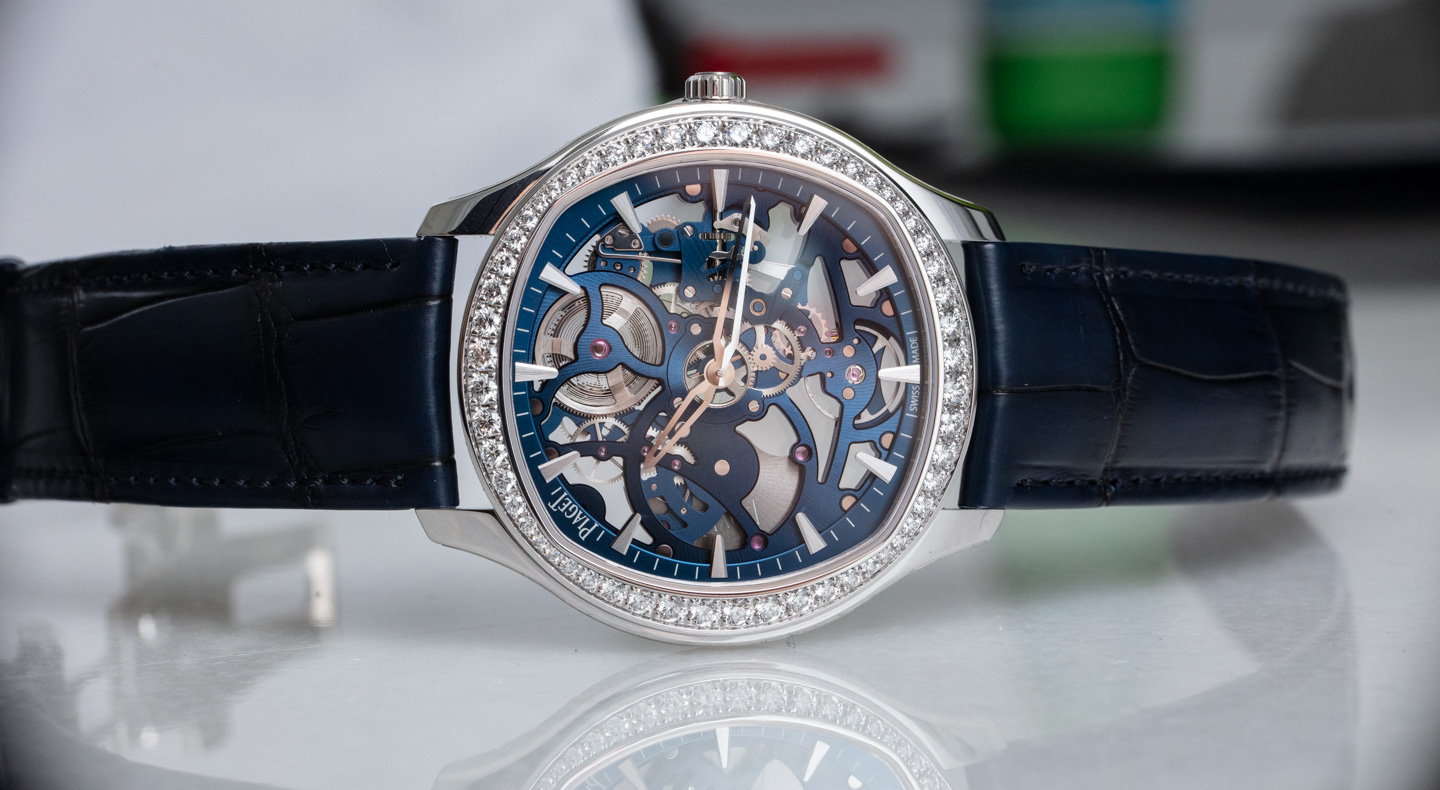 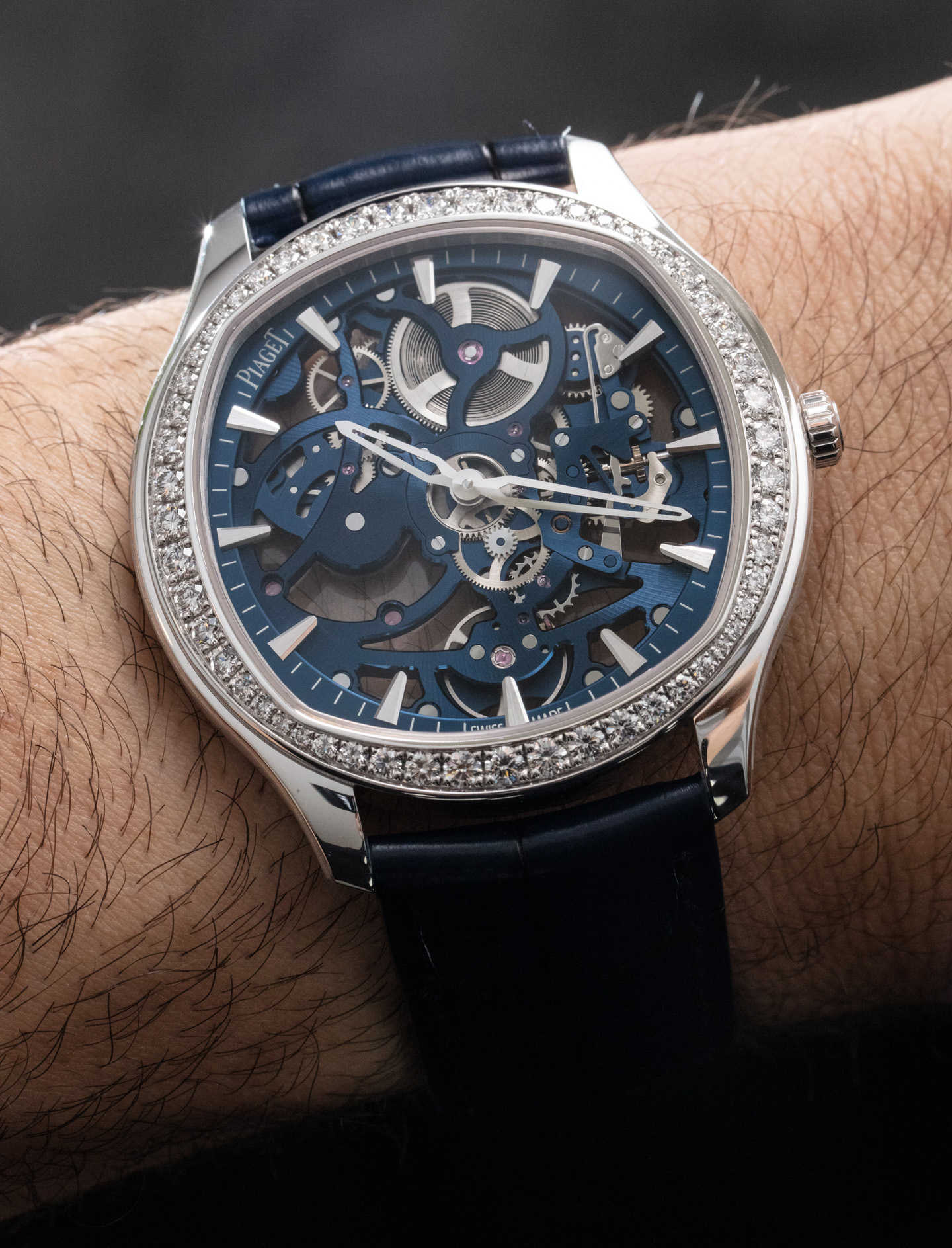 I’d really like to think there is at least one person out there who decides to own this men’s diamond bezel Piaget Polo Skeleton Automatic watch (which I was able to check out via authorized dealer Mr. Porter) as their daily wear. This is a very funny watch because it is both highly exotic and, at the same time, oddly effective at being a daily wear for at least some lifestyles. More so, it has this rare ability to maintain the elegance and poise Piaget’s best designs are know for, while also incorporating modern masculinity, as though the brand were channeling a combination of its inner Roger Dubuis and Hublot. In short, while the Piaget Polo Skeleton Automatic reference G0A46010 watch isn’t for everyone, it is a highly impressive timepiece from a place a lot of collectors might not immediately think to look.

Let me be clear that this is a fancier version of a steel sports lifestyle Polo watch collection available from Piaget. It isn’t cheap, but the $30,100 USD Piaget Polo Skeleton steel watch on matching steel bracelet (the brand throws in the alligator strap, as well) is where this movement and dial design start at, price-wise. The watch comes with this blue-finished movement or one in a shade of gray. It’s actually a really lovely alternative to much of the competition, even if I think the price is still a bit on the ambitious side. 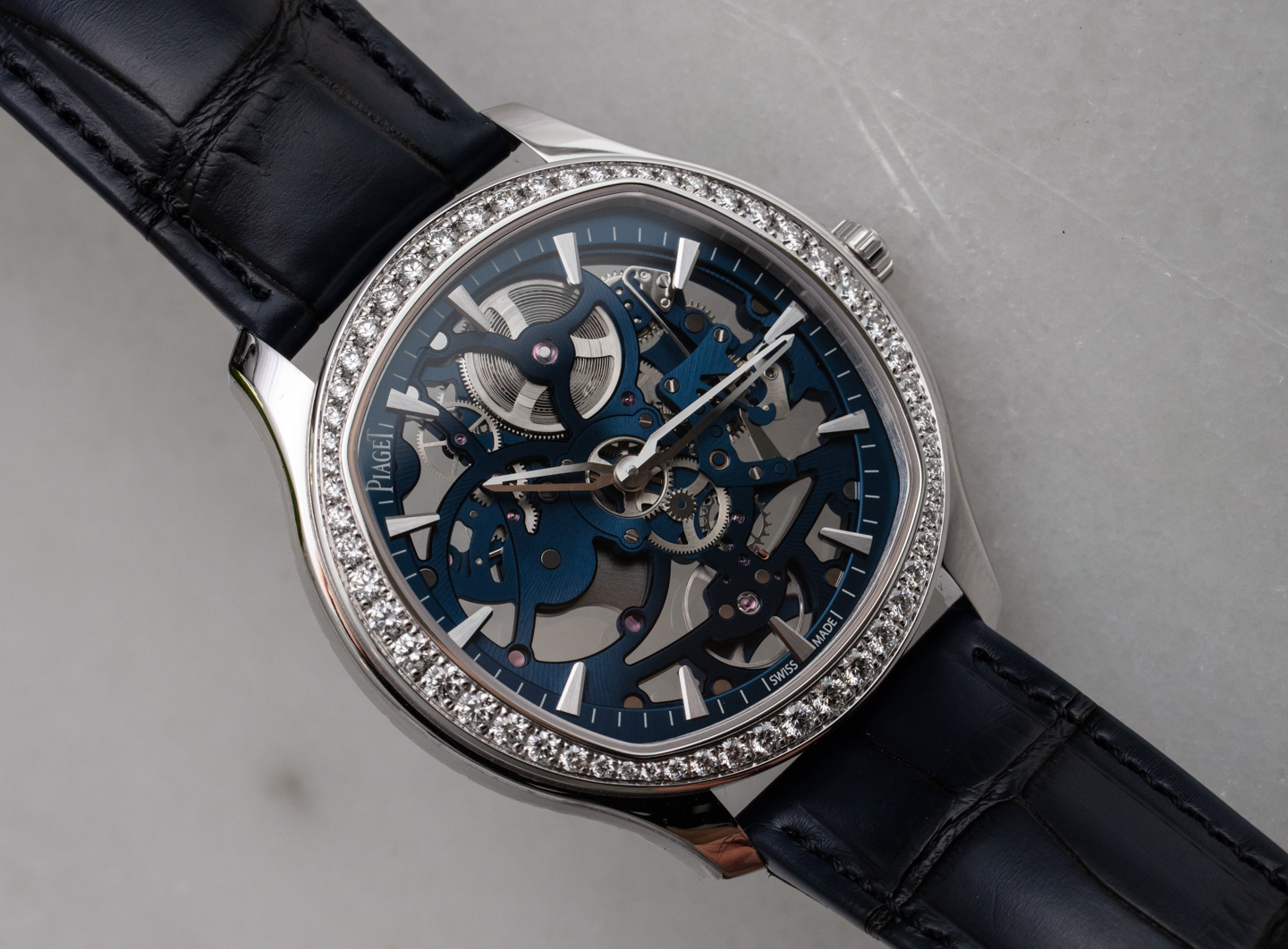 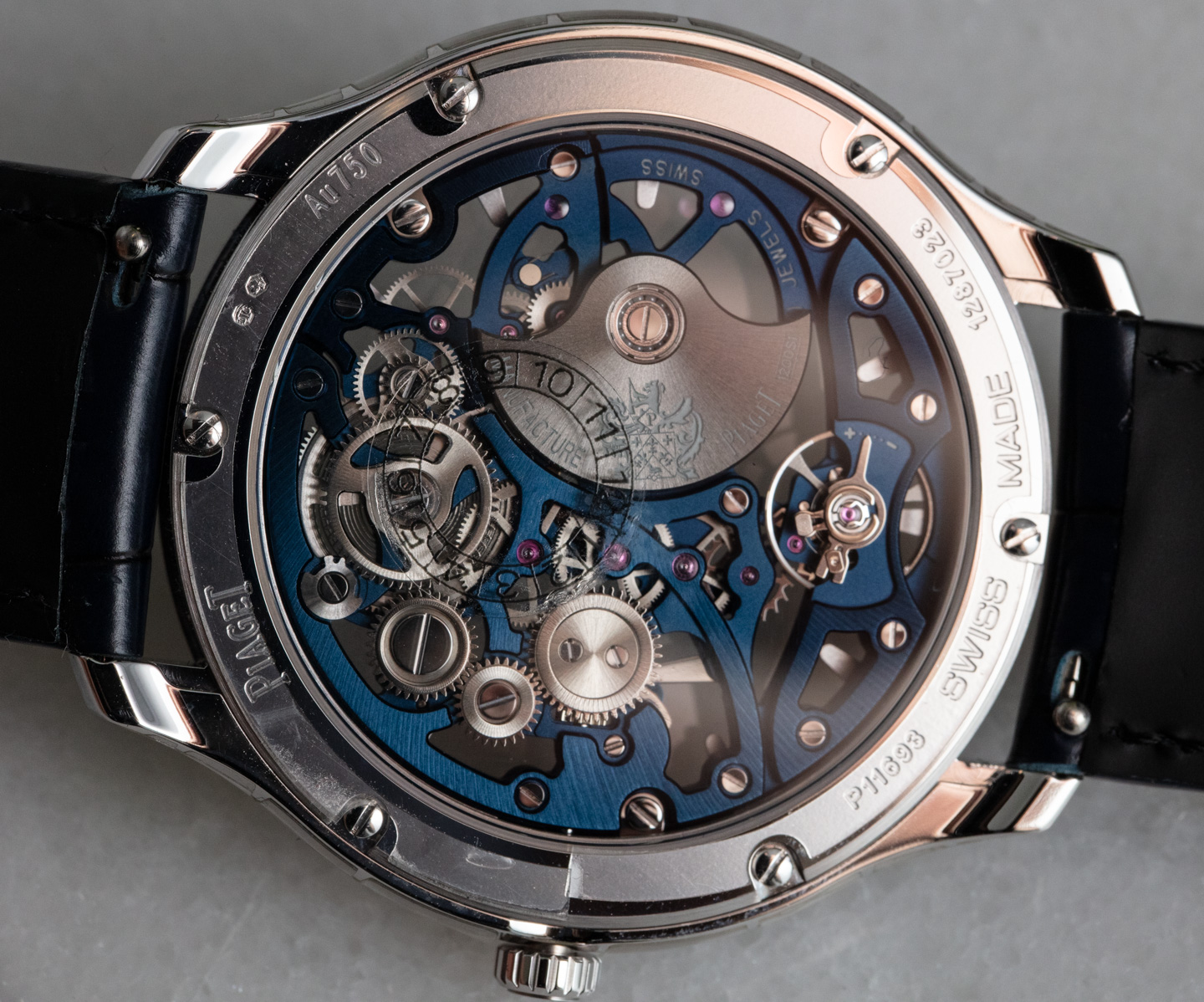 The Piaget Polo case has never looked nicer, in my opinion. The design is a merger of a cushion-style shape and a round case. Here it is 42mm-wide, and I’ve always loved the interesting illusion you get when the face is a cushion while the case is ordinarily round. In addition to the lovely design, the case has a few things going for it such as the slim 6.5mm thickness. The movement is just 2.4mm-thick — but more on that in a moment.

Piaget really did an admirable job with the dial design, which includes applied hour markers and relatively legible handle against a skeletonized movement face. It’s just really nicely executed and few can do it as well as Piaget. This reference G0A46010 version of the Piaget Polo Skeleton watch has an 18k white gold case that is decorated with 56 brilliant-cut stones around the periphery. The slightly different sizes of the stones help emphasis the cushion shape in a way that makes it look even more pronounced than on versions of this case with a merely brushed metal bezel. Piaget also produces an 18k rose gold version of the Piaget Polo Skeleton (not on a bracelet, as well), which is priced about midway between this 18k white gold diamond version and the all-steel version. 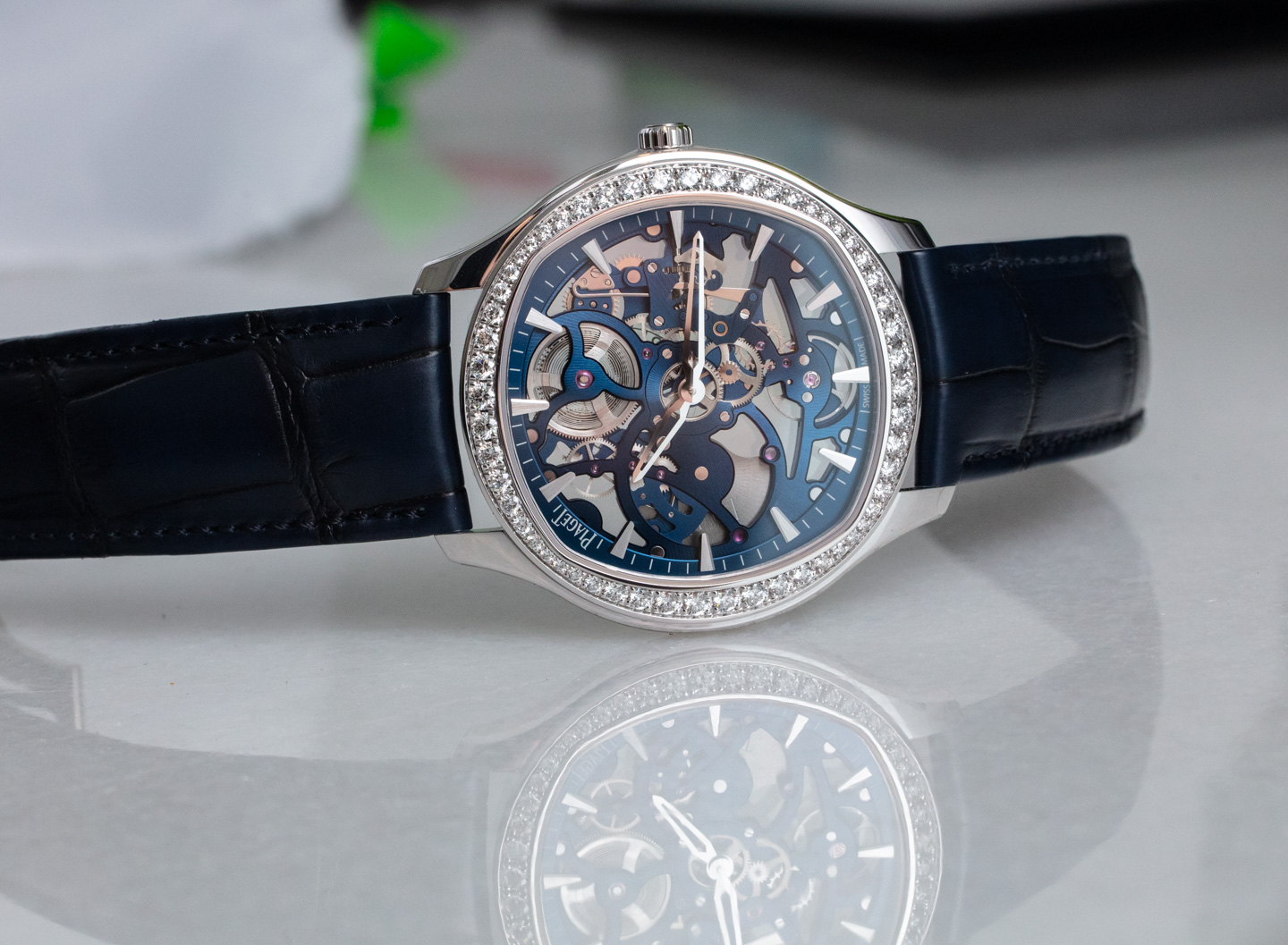 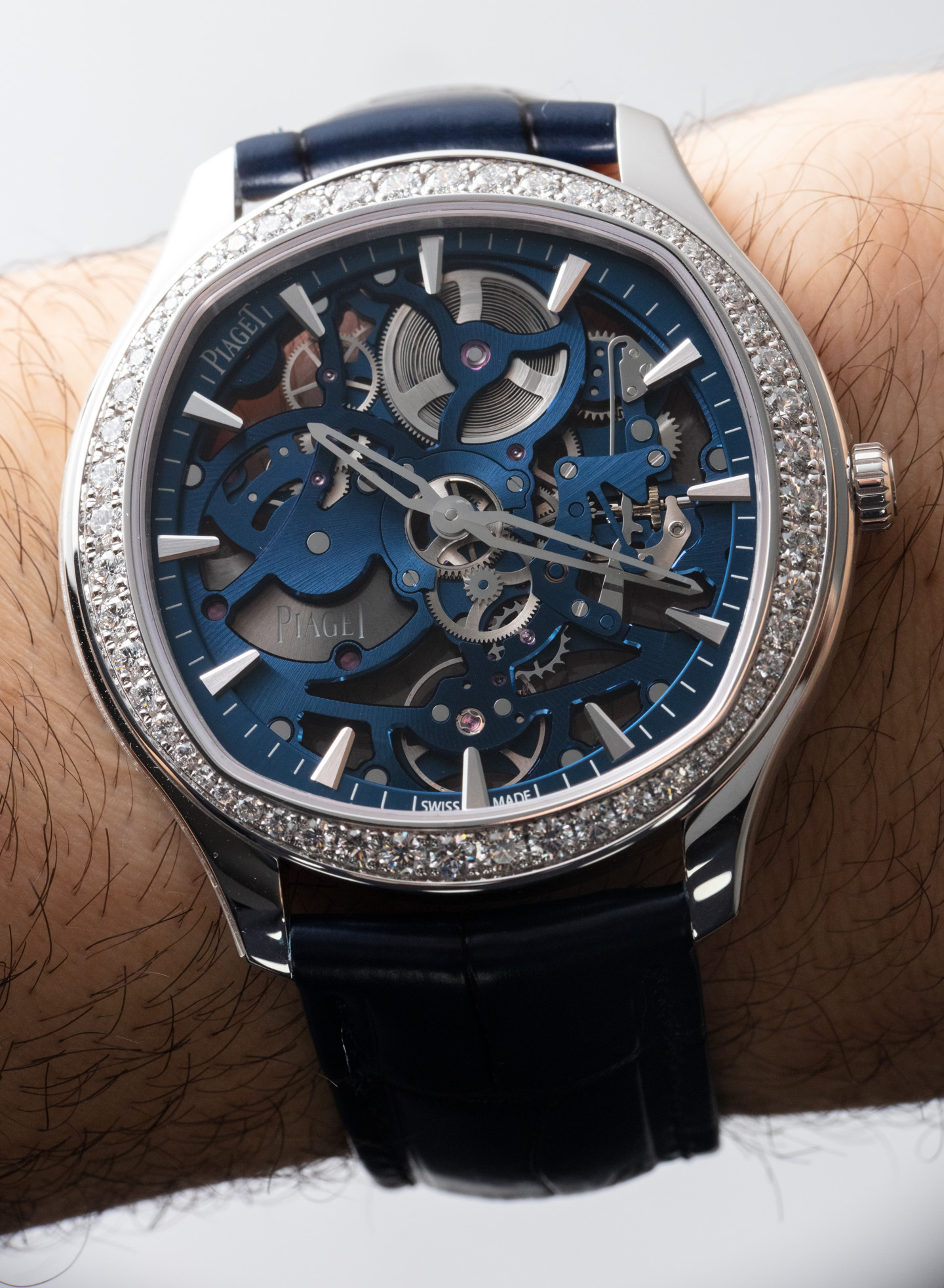 Attached to the case is a blue alligator strap that really does match the personality of the Polo Skeleton case with this skeletonized movement nicely. The movement is Piaget’s in-house caliber 1200S1 automatic, which uses a micro-rotor in order to provide that extremely thin profile. I’m not in love with the fact that the movement lacks a subsidiary seconds hands (it only displays the hours and minutes), but I otherwise have nothing but fondness for this caliber when it comes to style and grace.

The movement is again just 2.4mm-thick operating at 3Hz with 44 hours of power reserve. The movement helps make the Piaget Polo Skeleton collection thinner than a lot of the competition – which in my opinion is a big point for marketability. Arguably, Piaget doesn’t bring anything revolutionary in the looks department (though the watch is, indeed, very nice), but the combination of the overall style and the really nice slim movement makes for a compelling package. 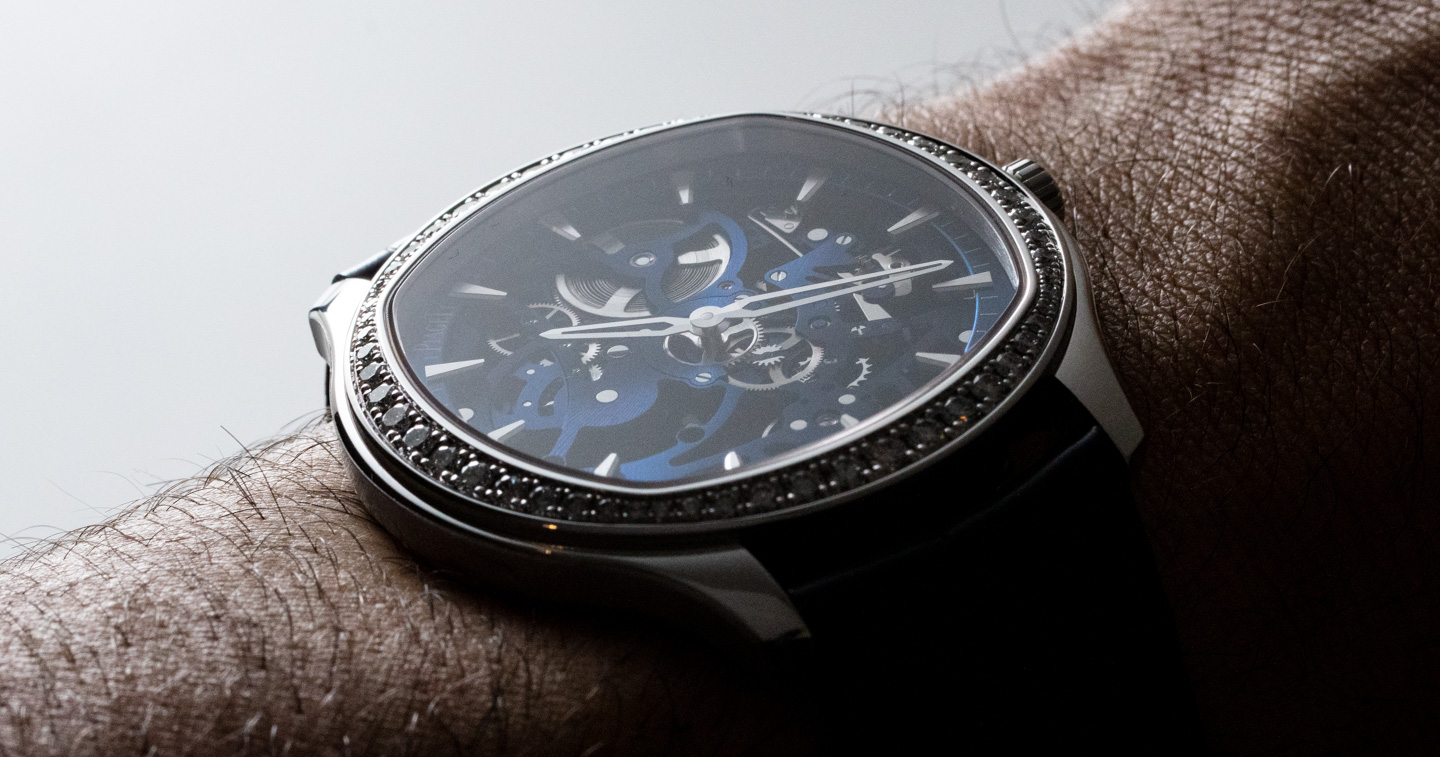 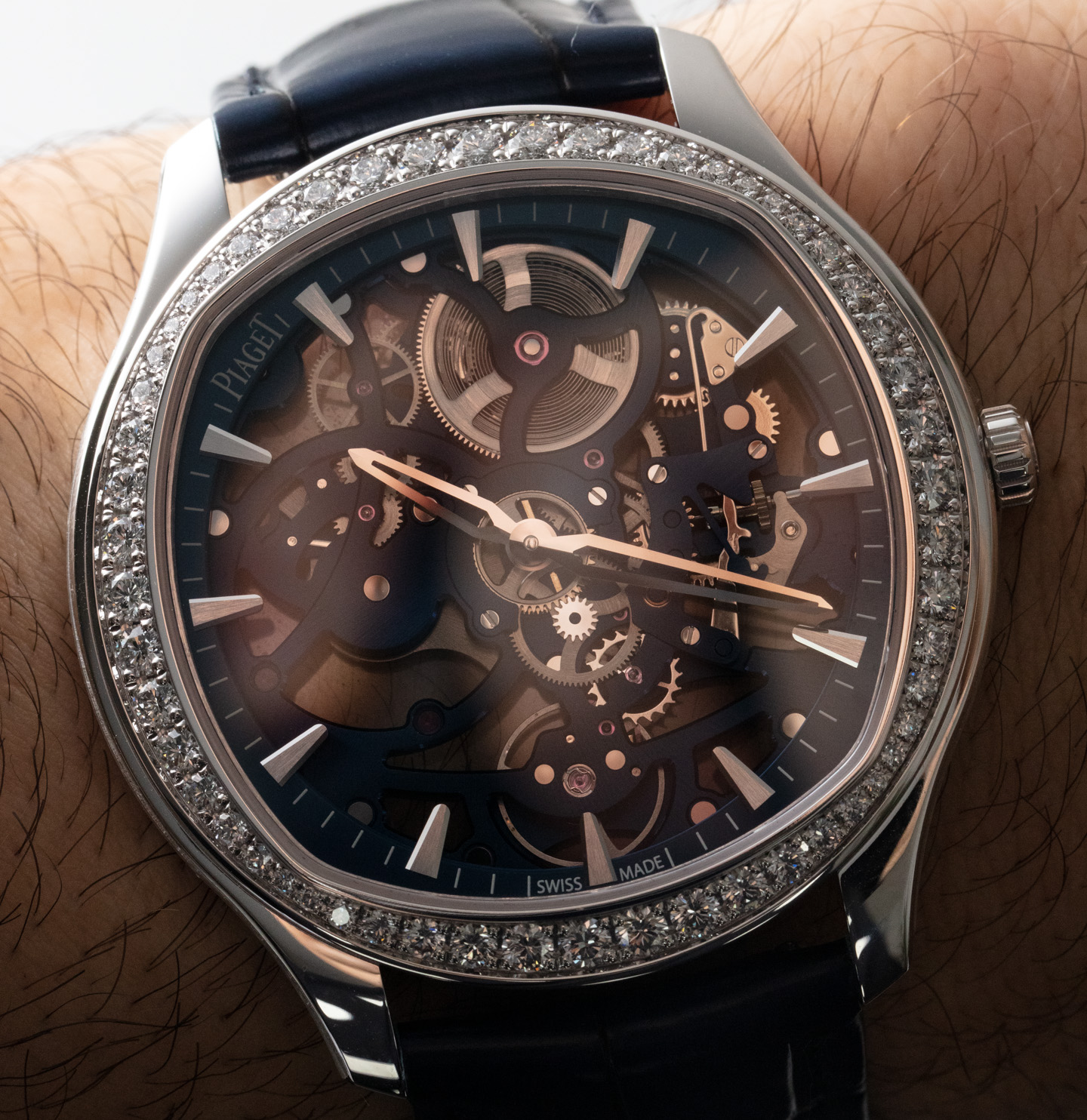 I think I’d be happy wearing any of the Piaget Polo Skeleton watches when compared to some of the more popular competition out there. That said, the watch in this form with diamonds — mixing modernity and classic formality — is a special personality that I dig. It isn’t inexpensive and is a lot like driving a really expensive exotic car just because it looks a bit nicer than a really expensive mainstream car. I’d love to hear what other people have to say about it. Price for the reference G0A46010 Piaget Polo Skeleton Automatic Diamonds watch is $61,500 USD. Learn more at the Piaget website here.