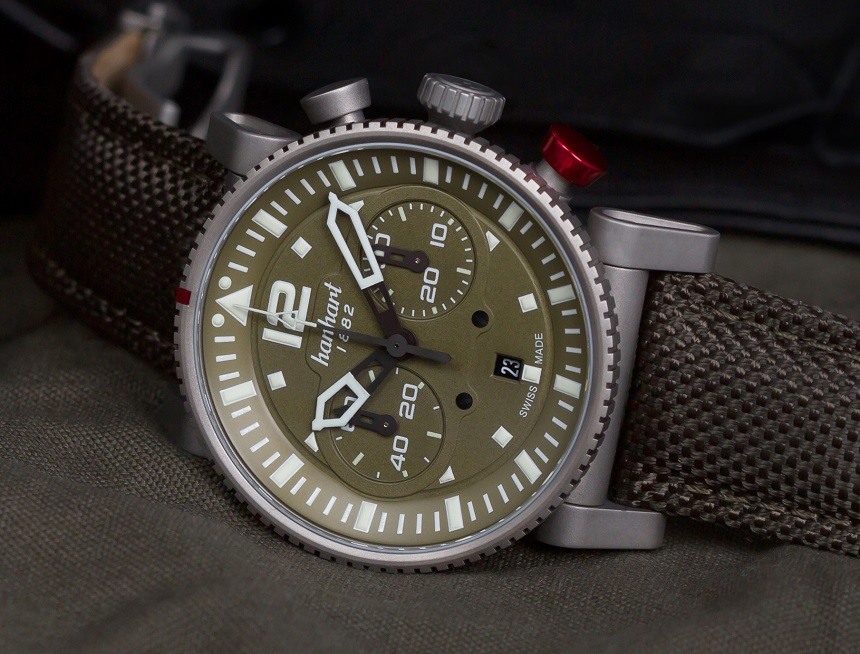 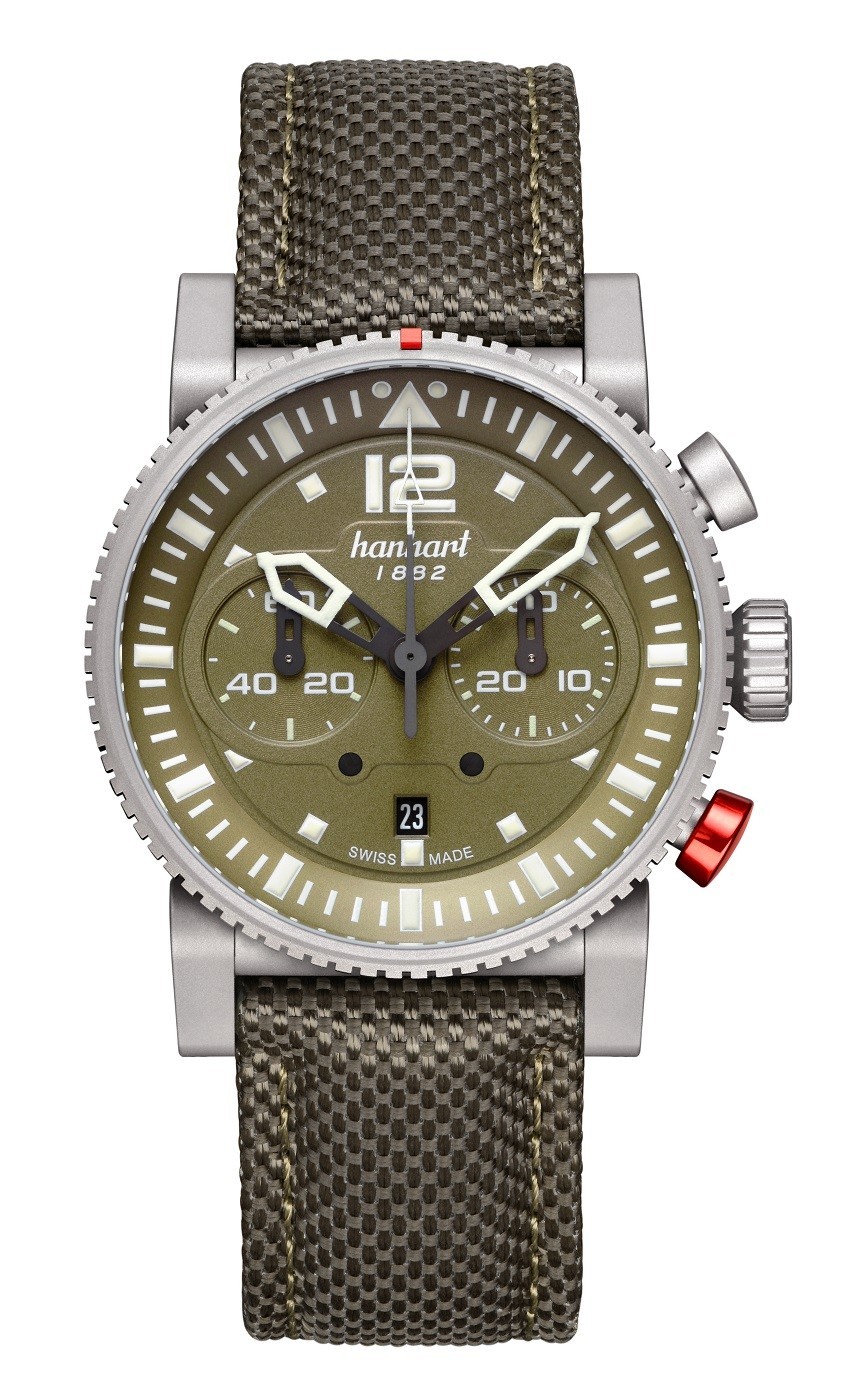 When you break it down to the bare bones, watches are there to tell the time. Throughout their history, these tools have been redesigned to fit their environment. Nowadays, watches exist more as status symbols and as beautiful artisanal artefacts, and so the environment has become one of luxury, not survival. But before the digital age, before we had the time to appreciate the keeping of time, watches were called upon to play a much more important role. Dive watches, trench watches, pilot watches… These timepieces were born of necessity, and with them, enduring design principles emerged. The Hanhart Primus Survivor Pilot Watch is clearly of the same blood, but does its heart beat to the same tune? 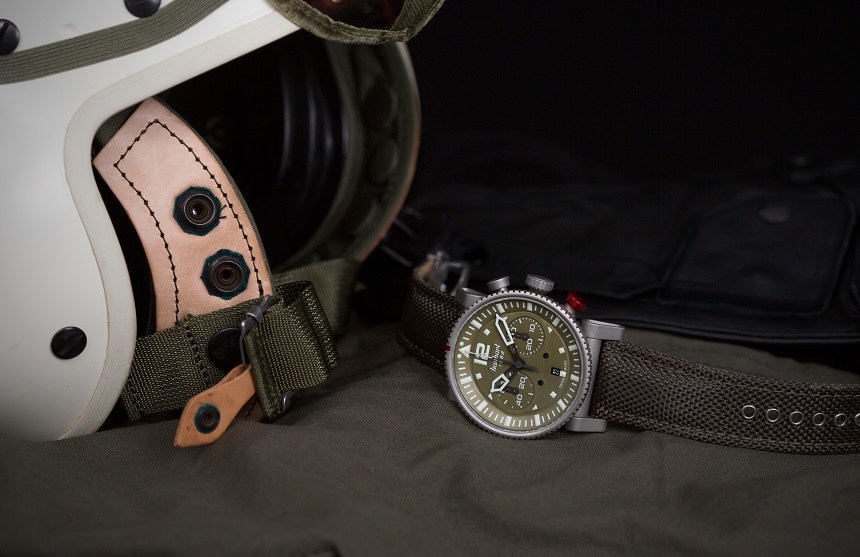 The Hanhart Primus Survivor Pilot is aimed at those with an “intense professional life and active leisure time.” That’s a difficult balance for any company to strike. When the aim of design is balance, the risk is always compromise. The Hanhart Primus is trying to prove that it’s possible to design a watch that looks like, and operates as well as, a genuine Pilot’s watch, while remaining suitable for professional life in the city. This watch is marketed as an “Urban Survivor” and thus encourages us to ask an interesting question: are survival watches also able to survive the rigours of urban life? 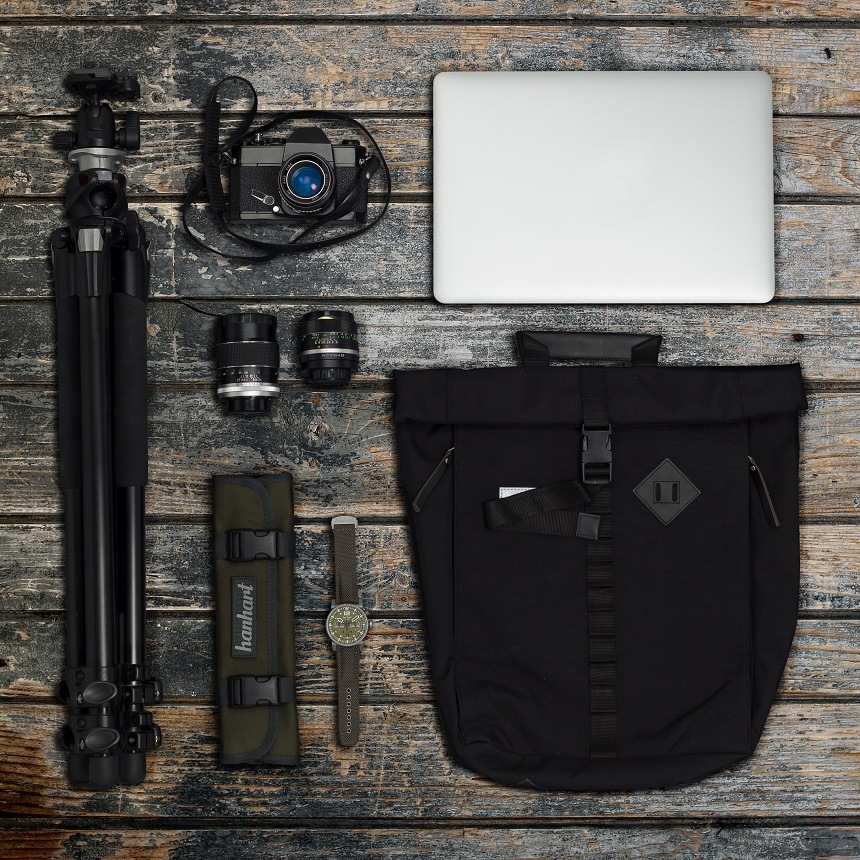 You might think this is a silly question: surely, if a watch is designed to withstand massive impacts, immense temperature fluctuations, and bone-crushing water pressure, it should cope with the daily commute and a spot of paperwork. But survival in these two contrasting environments means very different things. In the wild, survival is literally to stay alive, or, in the case of a tool watch, remain functional; in an urban, often urbane, environment, survival is more about keeping pace with the rat race. In the desert, the rainforest, or the frozen Arctic tundra, seconds can be the difference between life and death; in the office it is being prepared and attired for key moments that define the trajectory of your career. The Hanhart Primus Survivor Pilot appears ready for the former challenge with its rugged, sand blasted stainless steel case (measuring a robust 44mm without crown and standing a solid 15mm off the wrist), but does it work in the boardroom as well as the bush? 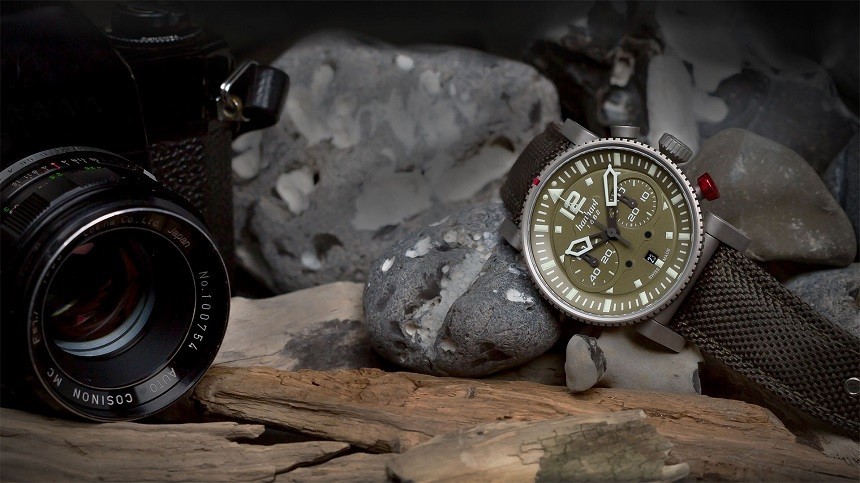 It appears from the pre-release website that the Hanhart Primus Survivor Pilot watch will pass the test of nature. It is water resistant to 100 meters, has a rotating bezel (with an applied red marker instead of a glow-dot), seriously generous lume, an easy-to-read chronograph, and anti-reflective coating on the sapphire crystal. This watch looks like a military-issue gadget, but its marketers stress its crossover ability. It may not look great with a suit, but urban life isn’t all about three-pieces and bowler hats these days.

The action man style is in, and the Hanhart Primus Survivor Pilot fills that niche like it’s the last seat in musical chairs. So if we are willing to agree the Boy Scout styling has a place in the town, how do this watch’s functions, materials, and structural quirks make it appealing to the modern urbanite? Well ask yourself this: what do you need from a watch in town? I’d say you need three things: reliability, cosmetic resilience, and comfort. 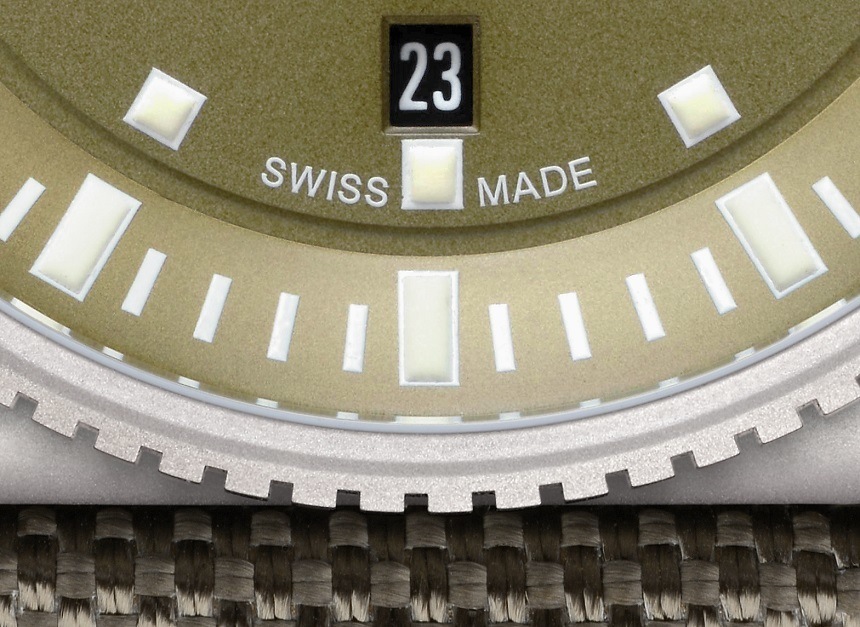 It’s hot work in the city. It may be hotter in the Sahara or the Amazon, but you can sweat all you like there and no one will care. Nobody likes the look of a perspiration-stained leather watch strap, and in a world where staying cool counts, this is one embarrassment we can all do without! For that reason, Hanhart’s decision to fit a dark-coloured woven fabric strap to this watch was a smart one.

This green/bronze colour in this material will not wear or discolour like leather and will look fresh for much longer – superficial but essential considerations for projecting a professional image. The water resistance is a big plus too. 100 meters is more than you’re likely to need in a city (unless you, like me, are from Manchester), but it doesn’t hurt to have a very strongly constructed watch case. 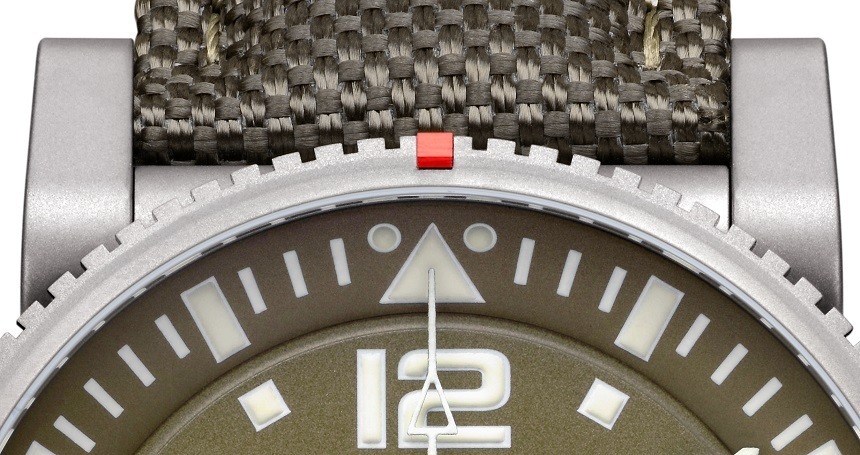 One of the lesser known facts about water resistance is that a watch is more likely to leak in the first few feet of submergence than it is thereafter. Sure, if you take a Swatch down to 100 meters, it will probably just fold itself into a small, plastic cube, but that’s because the material is not strong enough to survive the water pressure. If you think about it logically, water gets in through gaps, which close as the external water pressure exerts more force on the watch case, squashing all the bits together. Assuming the seals keep the water out during the initial submersion, it should be fine until the case materials fail. Additionally, a watch is more likely to leak in warm conditions, because of the thermal expansion coefficient of metal in comparison to glass.

Simply put, metal expands more in hot conditions than glass does because it’s more conductive. This means that a microscopic gap could appear between the case edge and the sapphire gasket in really warm conditions. The more robust your case, the thicker your gaskets, etcetera, the less likely you are to get this problem. So overkill as it may be, scientific justification for having a big watch in the city does exist. 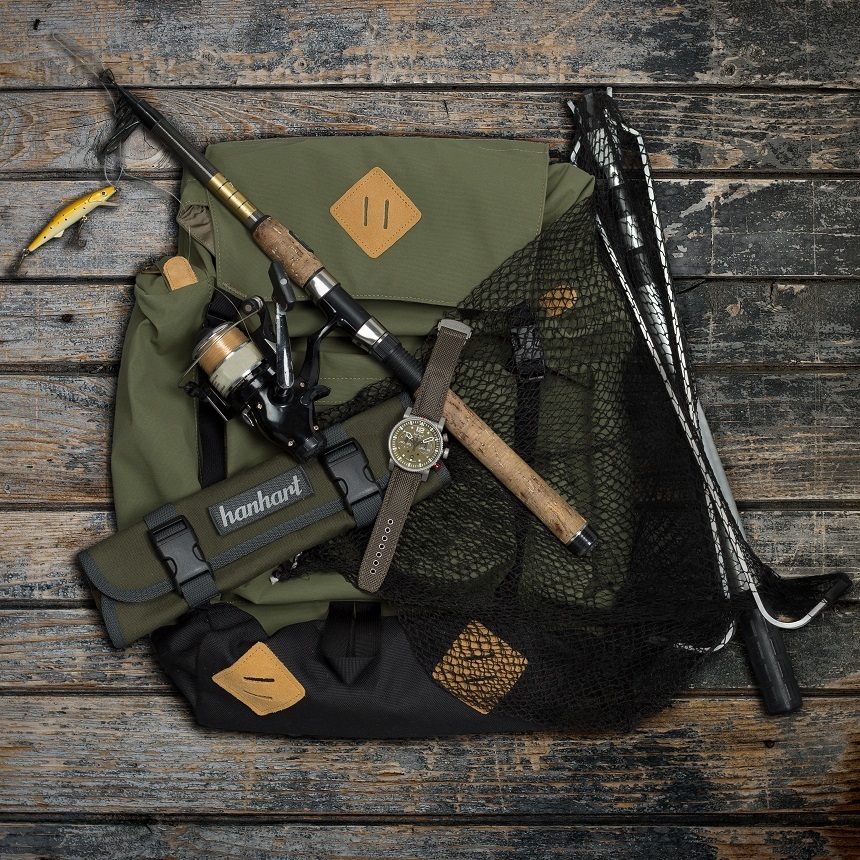 One of the major downsides to that, though, is that it does kind of dominate your wrist. Long sleeve shirts are tough with chronographs at the best of times, but some are more sleekly styled than the Hanhart Primus Survivor Pilot. This is a tall, angular watch that does look too military to be worn with formal dress. To its credit, though, the pivoting lugs are a nice touch. Articulated strap fittings are a blessing for slimmer wearers of tool watches this size. 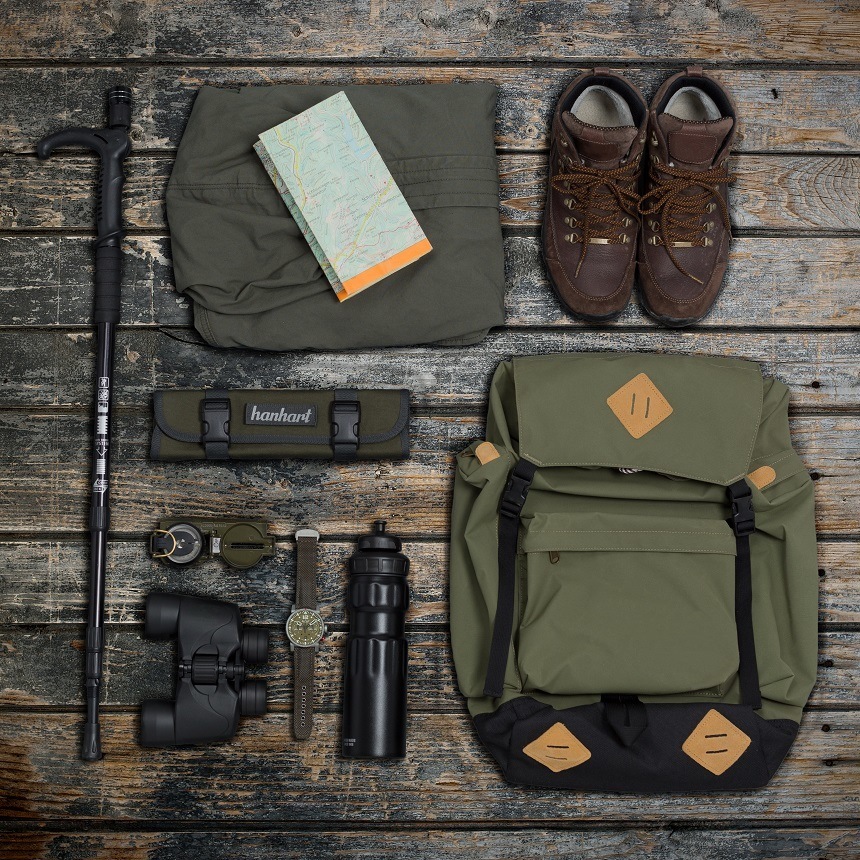 Hanhart could have reduced the bulkiness of the Hanhart Primus Survivor Pilot by opting for a pin buckle rather than a folding clasp. I’ve never been a huge fan of deployant clasps at the best of times, but on a watch that would benefit from increased wearability, a standard, low-profile buckle seems a better choice to me. There are some who believe the fold over clasp is a more luxurious, highly-engineered feature. This is a valid opinion, but from a comfort perspective, I would always argue for a traditional buckle. Another downside to urban living with a deployment is that their protrusion from the wrist makes them more susceptible to scratching and catching. “Desk diving” scratches are common with deployant clasps. The problem is accentuated if you are someone who wears their watch on the wrist of their writing hand. Something to consider if you spend a lot of time at the drawing board… 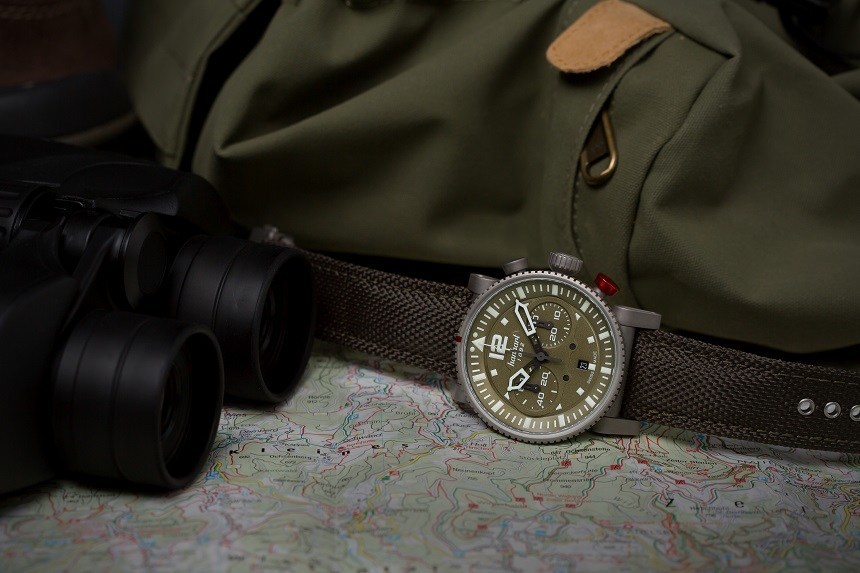 The power reserve of this movement is 42 hours. Now that isn’t bad, but let’s think about how suitable it is for a city-dweller. Outdoor pursuits imply movement; movement equals power. City jobs imply a somewhat more sedentary lifestyle and thus a huge, rather than bog-standard power reserve would have been a useful addition. I have genuinely had perfectly functional automatic watches come across my bench with the attached complaint that the automatic winding mechanism is shot. After rigorous testing I have gone back to the customer with an cringe-worthy list of lifestyle questions before identifying that their lack of movement is entirely to blame for their watch dying so soon.

You’re not likely to be bashing your watch around too much in the city, but it is exponentially more important that your watch remains unblemished than it would be if it were a solely functional accessory. If you are actually working or playing outdoors and care solely for the continued function of your watch, you wouldn’t be too bothered by a massive gouge on the bezel, or a cloudy scuff on the sapphire. These battle scars are not so acceptable for the discerning urbanite. For that reason, the sand blasted finish was a good choice to hide minor knocks, but to its detriment, it is A) not hardened, and B) very difficult for Hanhart to refinish should it pick up a scratch or dent. 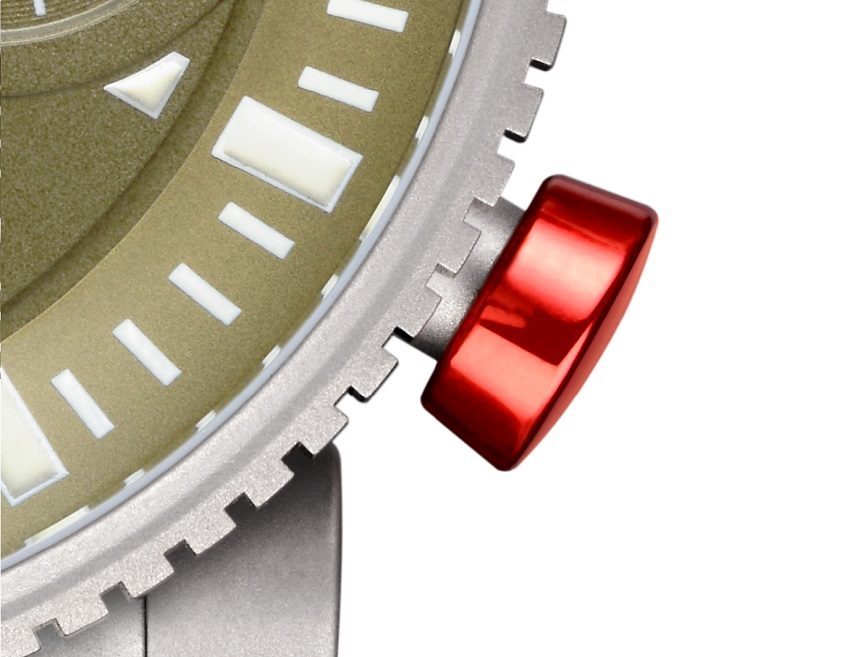 The Hanhart Primus Survivor Pilot is based on a traditional Pilot’s watch. We can see this from the red pusher at 4 o’clock, coloured to be instantly recognisable to the user. It does differ from a traditional Pilot’s watch in that the pushers and crown are somewhat scaled down. What this lacks in authenticity, it makes up for in practicality. A city-slicker is unlikely to be operating their chronograph while wearing heavy gloves, and even if they were, it’s likely their life wouldn’t depend on it. 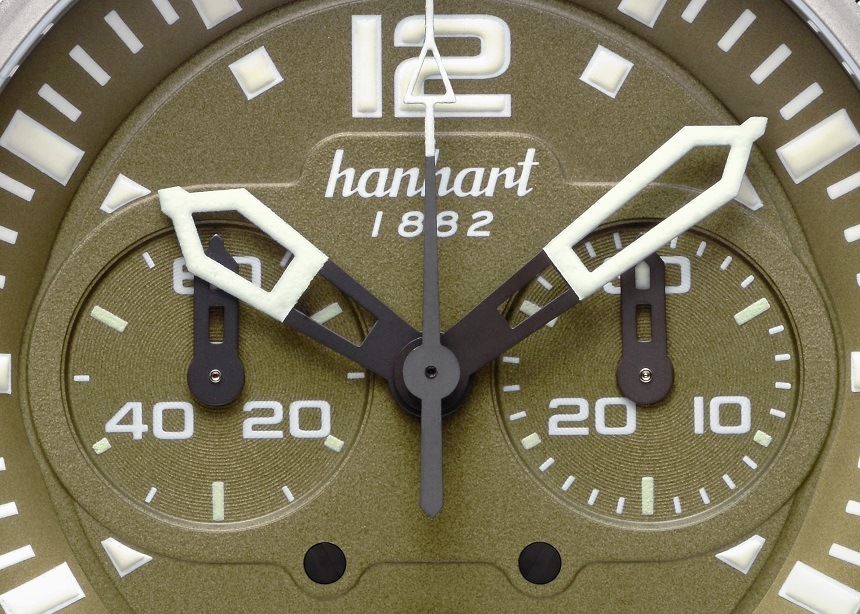 Another welcome addition, of which there is no photographic evidence as yet, is the screw down sapphire case back. Hanhart are proud to display the calibre HAN3089 which features a skeletonized rotor. The HAN3089 is a modified 7750 base, boasting a “bicompax” display. Basically, this means the chronograph sub-dials have been squashed closer together on the dial to create the frog-like appearance of the watch face. This is not so much to my taste, but I do like the way it creates an instantly recognisable aesthetic, and so give it a thumbs up on principle. The rotor also features an engraved limited series number, as there will only be 50 of these watches put into production.

Finally, the Hanhart Primus Survivor Pilot comes with a handmade watch pouch, sourced and sewn in Germany. It’s always nice to receive something like this with a major purchase. It shows that the brand has good grass-roots values and is culturally aware of their responsibility to support trade skills in their native country. That said, the Hanhart Primus Survivor Pilot pouch, well, at least the pre-release version, looks a little dull to me, and is a far cry from the kind of quality we’re used to seeing from Sussex-based brand Schofield. 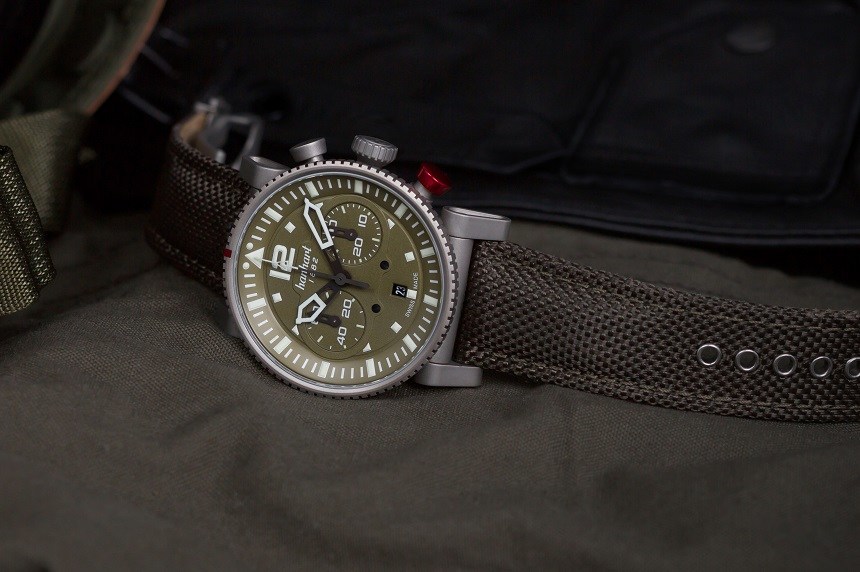 In conclusion, it looks like the Hanhart Primus Survivor Pilot will serve its primary and secondary purposes well. From a stylistic point of view, it is fashionable and consistent with the design principles by which it has been inspired. It is not a dress watch by any means, and although big, angular, and unhardened, the case is likely to stand-up well to the low-level impacts it might receive in the city. The water resistance is more than adequate and the strap material choice, excellent. It is available for pre-order at a price of €3,490. hanhart.com