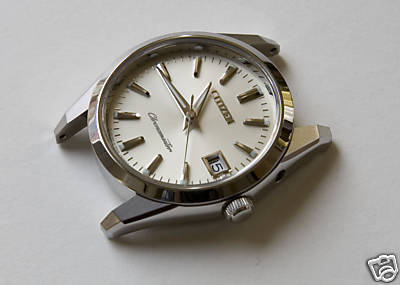 The main draw of the Japan only Citizen Chronomaster (previously discussed here) is really the movement. The Citizen A660 is a thermoline quartz movement that I spent some time discussing here. In summary it is a specially designed quartz movement that is able to modulate the vibration of the quartz crystal in differing temperatures to ensure consistency, which in turn allows for greater precision. A thermoline quartz movement is accurate to within about 5 seconds year! The Citizen Chronomaster is one of the nicest Citizen watches to embody this wonderfully accurate movement (same type of movement in the Breitling Aerospace).

Now, because I have discussed the merits of this watch, I will briefly mention that one is available at a very fair price on eBay right now. So you should take a look. While the pictured watch is devoid of a strap, it is merely pictured that way and comes with two of them. So you are getting more than the case. These pictures really help to display the rich depth and high polish of the case. Seeing this allows you to appreciate the watch as the high end Japanese watch that it is, rather than a mid grade quasi classic formal watch. 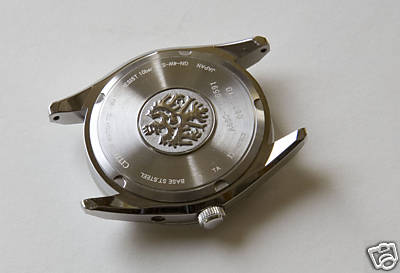 These are pretty compelling reasons in my opinion to consider thermoline quartz movements special. The Citizen Chronomaster watch collection starts at about $1,900, and this one is likely under $1000 (there is a reserve on the auction, but I promise it is likely less than $1000. Further, these watches are very hard to find in the US. I would certainly consider them great for everyday wear or as a collector’s item.