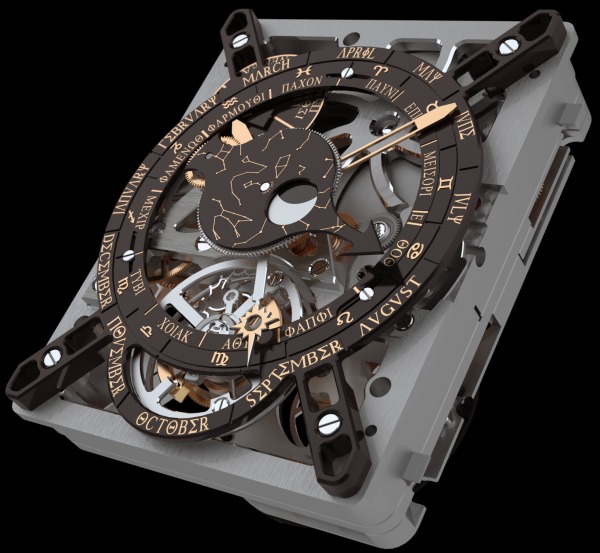 One of the things I really appreciate about Hublot is that they don’t do everything directly to sell watches. A lot of their events and projects are for charity or to further development in the horological world. Yes, of course, there is a branding element to each of these projects and it gets people write about the brand that might not otherwise cover a wrist watch story, but in the end it makes for a very dynamic Hublot.

I recently joined Hublot for the official unveiling of the Antikythera movement that Mathias Buttet worked on making for the last several years. In French they call it the Anticythère, and the movement reference is the Calibre 2033-CH01. Lets start with some history, both recent and ancient. 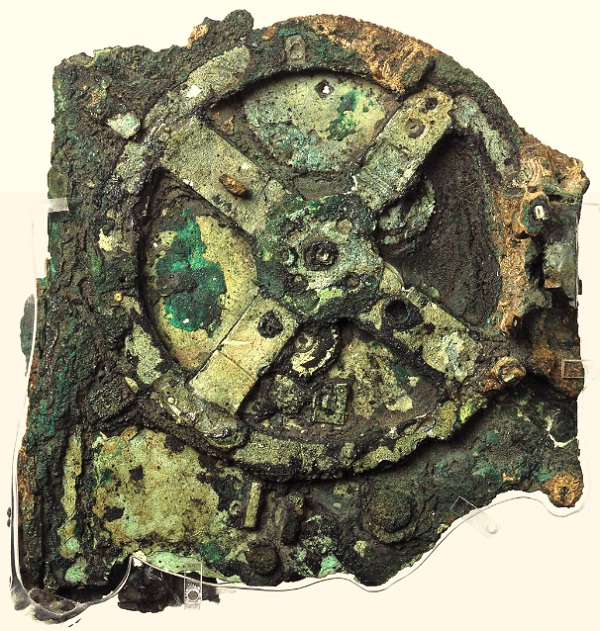 Before being at Hublot Mathias Buttet ran BNB Concept. When the economic crisis hit and BNB Concept went out of business, Hublot (a large customer of theirs) bought up much of their resources and hired Mathias. While still at BNB he was working on the replication (not exact in terms of shape, but in terms of function) of something that was known as the Antikythera. The project was never completed and when Jean-Claude Biver hired him, he made promises to Mathias that he could still pursue certain pet projects such as this. Mathias was happy to inform me recently (as he has a few times actually) that Jean-Claude has kept his promises.

Not long ago Mathias was finally able to complete the Antikythera, miniaturizing the concept of the original into a wrist watch. And only Buttet’s version actually tells the time and has a tourbillon. The man just LOVES tourbillons. It also runs by itself whereas the original needed to be hand-cranked. Hublot announced that no Antikythera movements will ever be sold. They anticipate making 3-4 of them and selling them (via auction) for charity. The sale of which I believe will benefit the Musée des Arts et Métiers in Paris (a really cool museum that focuses on the history of machines). 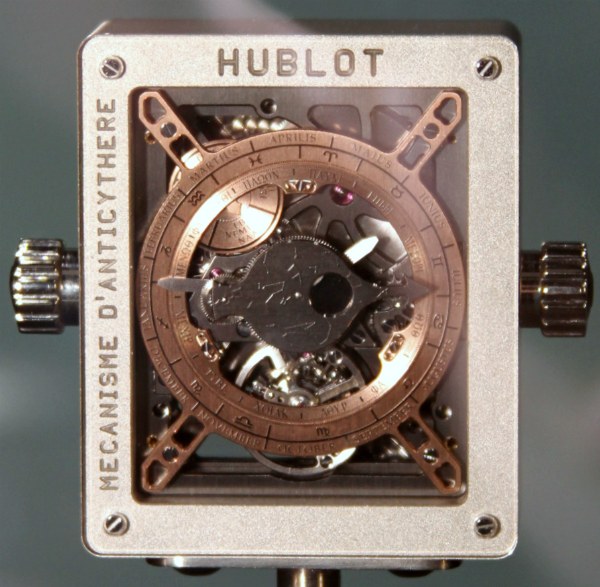 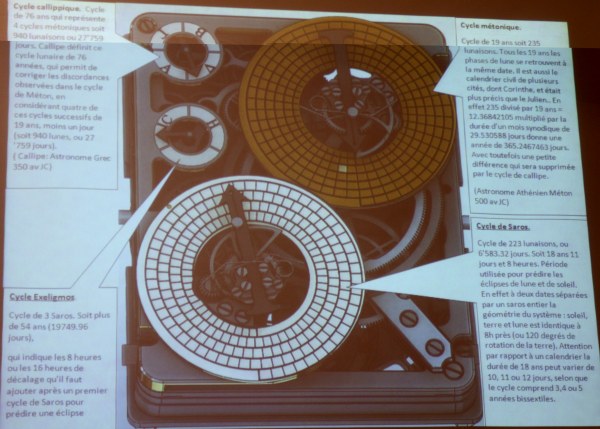 So it took a long time and isn’t going to make Hublot any money. Why do all this then? According to Jean-Claude Biver he (and Hublot) are a supporter of the arts, advancing technology, and using their talents to assist where possible. In fact, study of the Antikythera is one place where their talents are particularly useful.

The device itself has a modern history starting in about 1900 when it was discovered in a sunken ship off the coast of an island called Antikythera. That is where the name of the device came from. In the ship were a series of ancient Greek treasures, and well as the mechanical device. It was badly rusted from being underwater for so long. Estimates are that the ship sank between 80-60 BC. The device is carbon dated to being older than that. 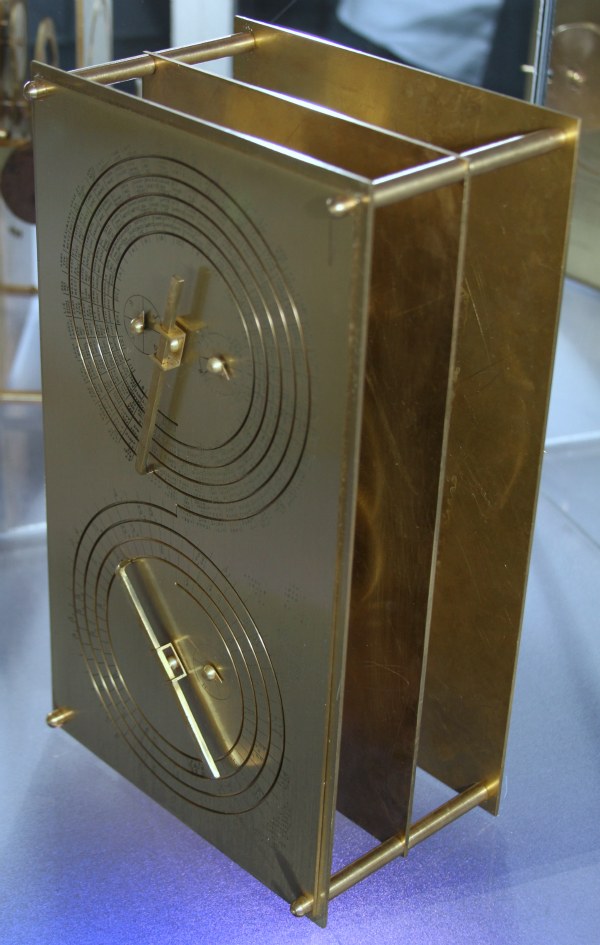 For a long time, what the Antikythera machine was, who made it, and how it worked were unclear. Much of that is still unclear. As there are no other machines like it, historians still don’t fully understand who it was built by – though it is clear to have been made by the ancient Greek people. The device was made in bronze, and other machines of clock-work origin have also been referenced to in texts from the same era – though none quite like, or as complicated as the Antikythera. Plus, no other ones were ever actually discovered to my understanding. After being studied and now a bit more understood, the Antikythera machine is referred to as the oldest calculator in human history. We’ve had math nerds in existence for that long it seems (probably longer).

Until x-ray technology was good enough, we had no way of seeing into the corroded machine that has spent 2000 years under water. Parts of it were completely destroyed but from the fragments we have been able to understand at least what the Antikythera machine was designed to do. It was really about coordinating events with various celestial phases, as well as predicting events like eclipses. The Greeks obsessively tried to understand and predict cycles of the moving bodies in the sky, and machines like this helped synthesize that work. 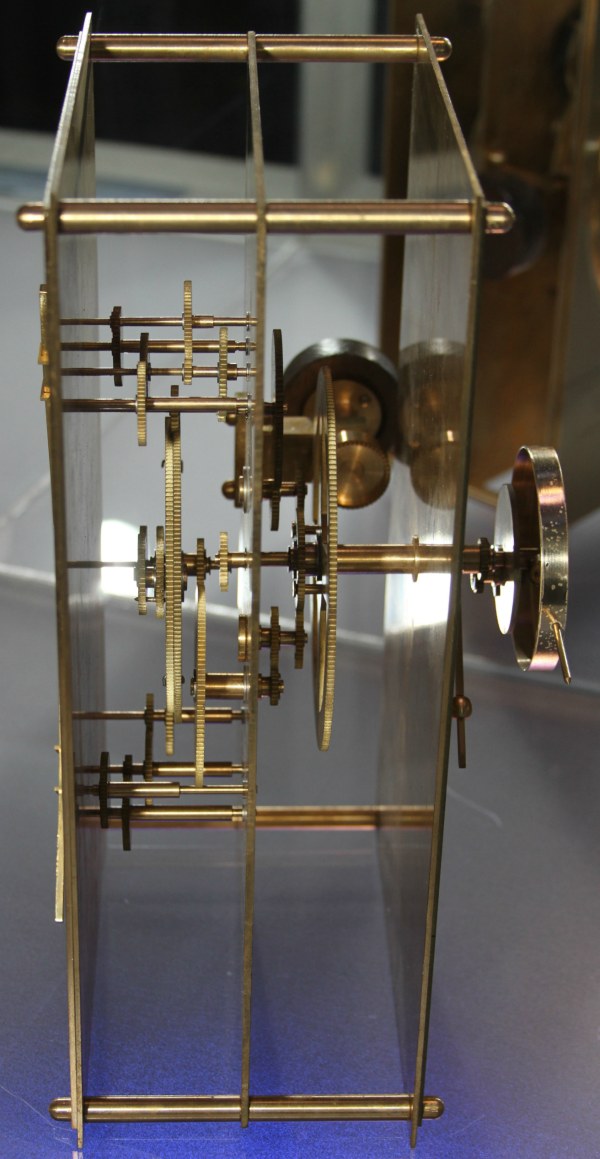 A crank handle on the side of the Antikythera operated the machine – which was a series of gears placed into what might have been a wooden box. The original machine sits in a museum in Greece, but a replica of a working piece has been made (that I took a few pictures of). Both sides of the machine showed information like a double-sided watch. It relied upon calendar systems used at the time which we only have partial understandings of. The device has markings on it which were believed to be a form of instruction manual for how to use it.

On one side of the Antikythera was a sort of Earth-centric solar system. It has the Earth in the center with the moon going around it (which also spun between a light and dark side to show the phases). The is also a sun indicator that actually pointed to zodiac markers, which in the modern version has been incorporated with a month indicator. The scales also show a constellation chart, as well as another scale for the Egyptian calendar (which was 365 days long). Indicators around the dials showed what might be ways of determining what stars would be visible in the sky. 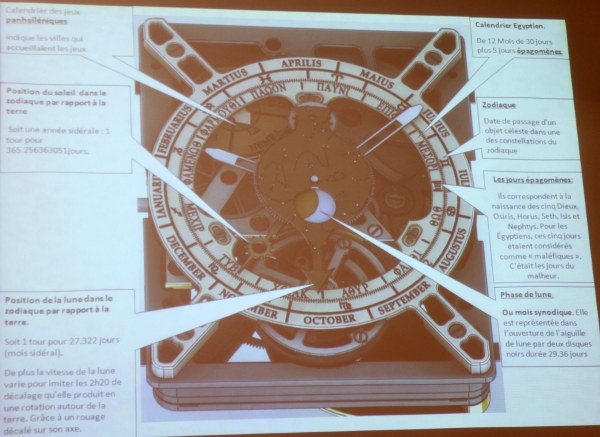 The other side of the Antikythera displays some information that is much more esoteric by today’s account. There is a Metonic calendar scale (235 months being 19 years total), a Callipic cycle (4 x 235 months), a Saros dial (223 month cycle) and a Exeligmos dial (3 x 223 months). Last, there is an interesting indicator which displays the cycles of the pan-Hellenic games each four years. This is an Olympic games indicator.

It would have taken years to fully compute and study each of these scales and cycles to indicate them properly. Not only that, but the sheer precision needed to construct the device requires technology that most of us don’t give credit to the ancients for having. The existence of the Antikythera mechanism really calls into question what we know about the ancient world, and makes you wonder just how much knowledge was lost. 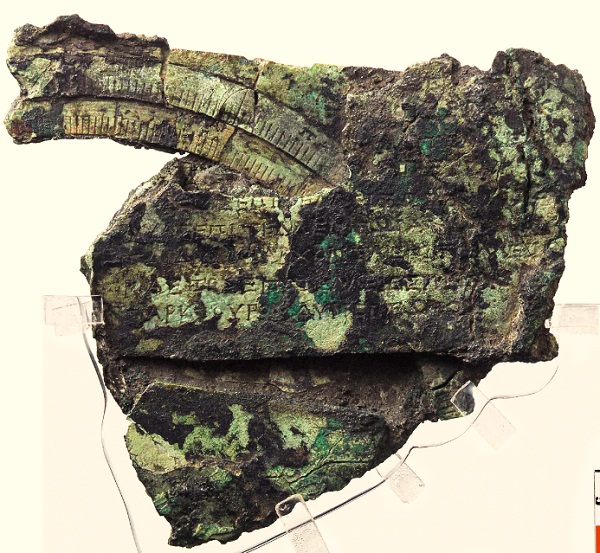 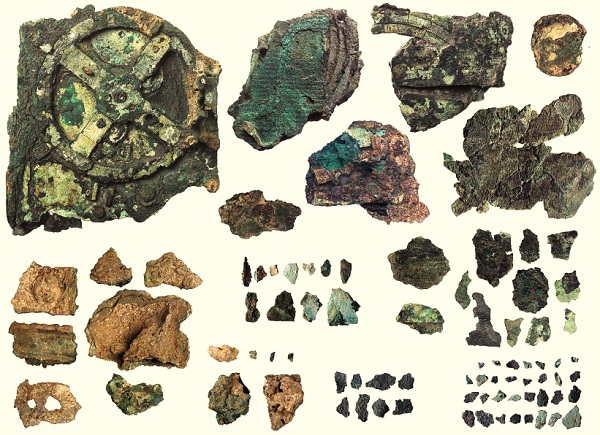 When he learned about the Antikythera Buttet really wanted to remake it. As of that time no one fully understood it enough to produce a replica. At the event a prototype of the Hublot Calibre 2033-CH01 movement was displayed. While it does not visually replicate the original Antikythera in miniature exactly, it does offer the same indicators computed in more or less the same way. Buttet also ads the time and a tourbillon into the mix. To commercially release one would be just too expensive for the consumer according the Hublot.

The movement has 495 parts making it very complicated. Buttet acknowledges that it was a challenge to understand the original and get his reproduction to work properly. You can see the full tech specs below for more details on the movement. Hublot has successfully helped to restore knowledge of the first calculator known to exist. Though the mystery of the Antikythera does not end. Perhaps someday we will have a better understanding of why it was made, for whom, and by who. Until then we can look forward to Hublot unveiling the full watch at Baselworld 2012. I hear that it will come in a very cool (and futuristic looking) case. Mark your Greco/Egyptian calendars now. 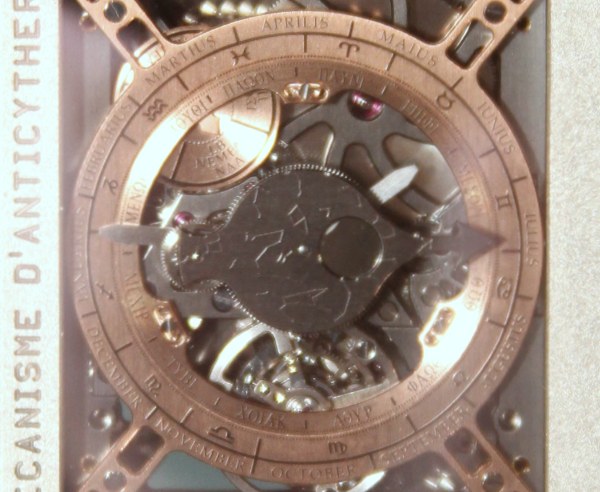 Seconds via the tourbillon cage

Calendar for the Panhellenic games