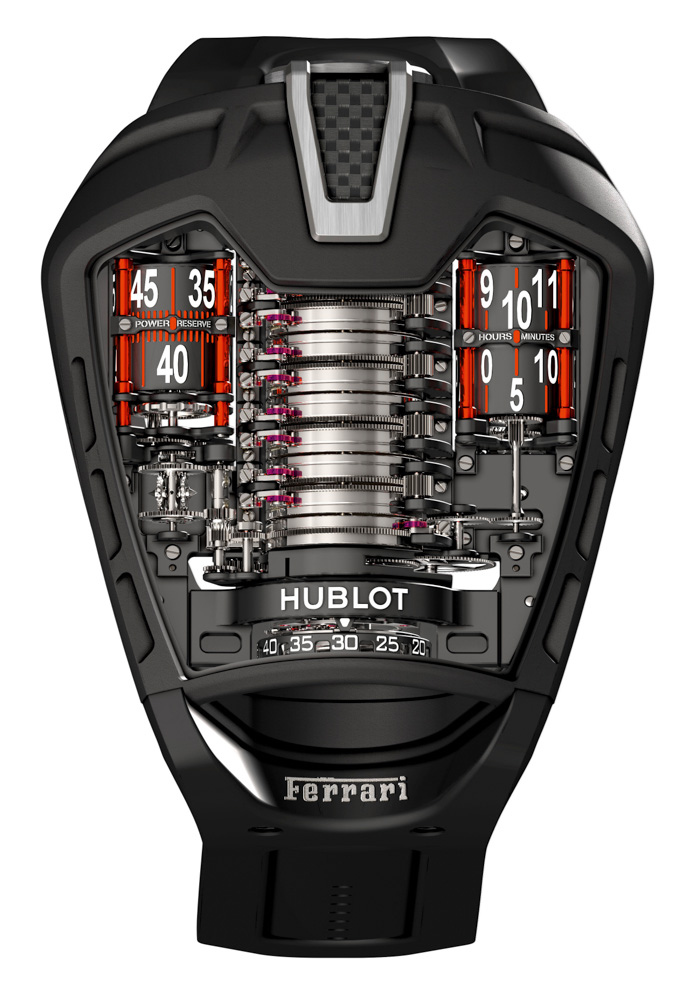 Hublot and Ferrari: The Art of Fusion 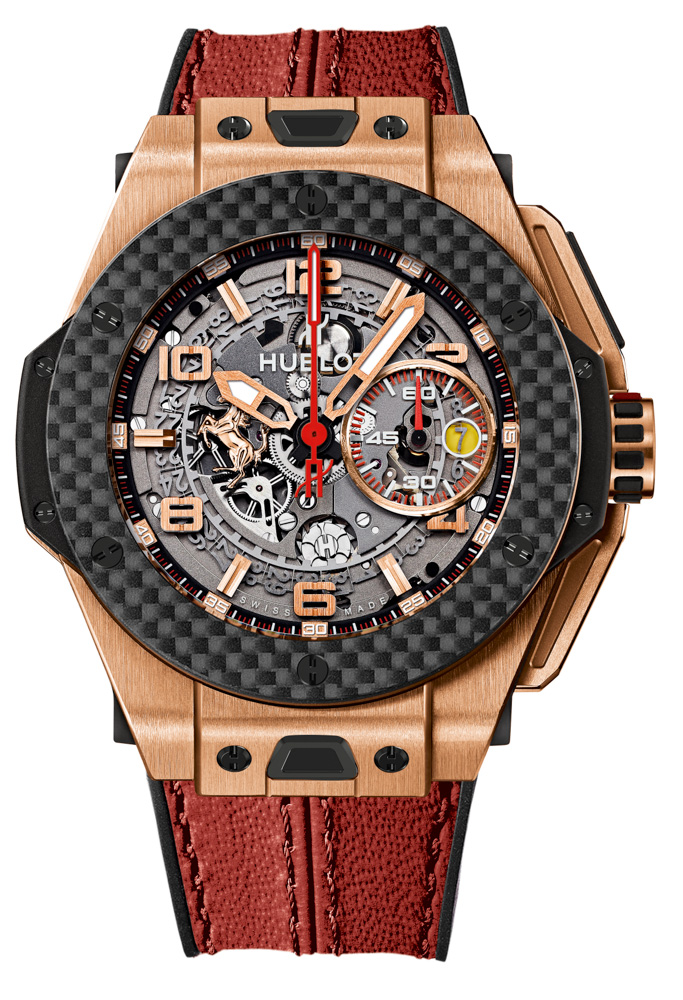 Brought together through everything from a shared passion for technique to a common consumer base, watch and car manufacturers have a long history of joining forces. While it seems that every notable watchmaker has allied itself with a top automobile brand, one of today’s most visible partnerships is that between Hublot and Ferrari. With shared attributes ranging from technology and design to quality and precision, the two international luxury houses continue to build off of each other through a comprehensive agreement which covers everything from branding to marketing and communications initiatives. 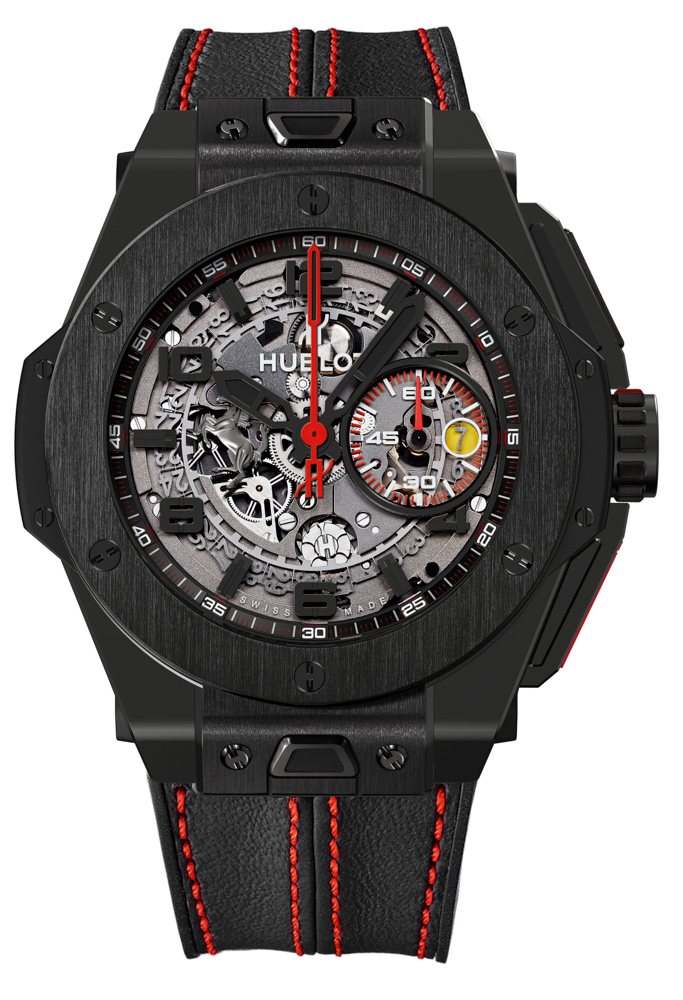 As the “Official Watch” and “Official Timekeeper” of both Ferrari and Scuderia Ferrari as well as the “Official Watch” of the Ferrari Challenge, Hublot has capitalized upon its position as exclusive watch making partner of the legendary car company to create several ground breaking timepieces – including the record breaking Masterpiece MP-05 LaFerrari released this year at Baselworld. Completely designed, developed and produced by Hublot manufacture engineers and watchmakers, the LaFerrari further distinguishes itself by a 50-day power reserve – a world record for a hand-wound tourbillon wristwatch. Conceptualized alongside the Ferrari team, a complex shaped sapphire crystal echoes the sports car’s outline, as does the case back, which is made from black PVD titanium. 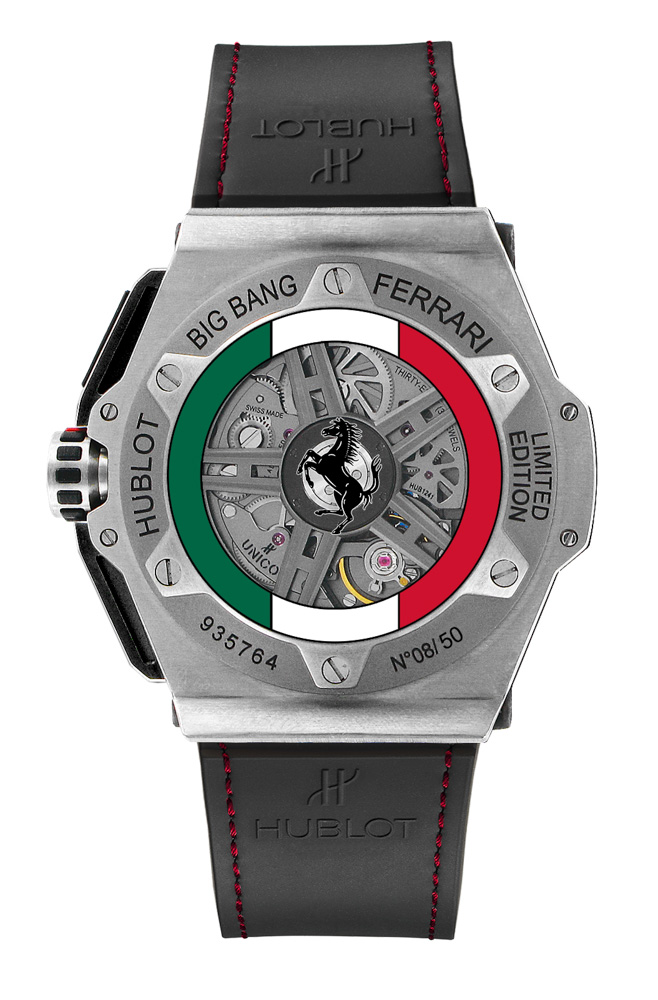 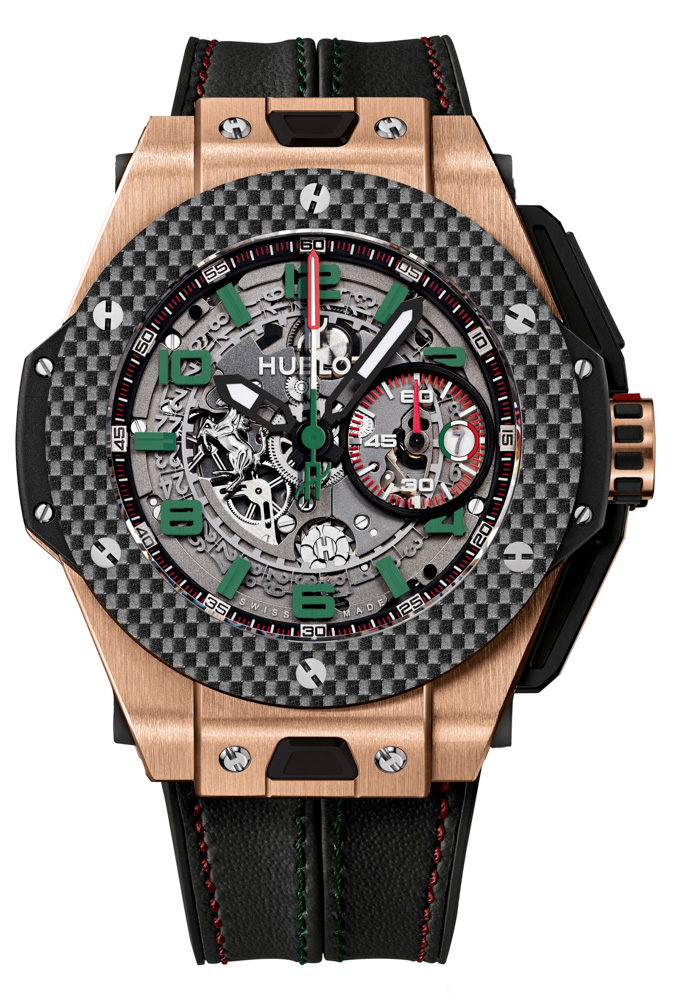 First announced in November 2011, the partnership has also led to several other notable timepieces, as well as a selection of watches released to mark special occasions. The brand’s new Big Bang Ferrari models, also released at Baselworld 2013, take a more traditional form than the LaFerrari and come in King Gold Carbon, Carbon Red Magic or All Black. All three versions house the brand’s Unico movement, which was designed, developed and assembled by the micro-mechanical engineers and watchmakers at Hublot. Additionally, the watch encompasses a practical flyback chronograph, which can be reset at any time, two push-buttons, a date indicator, and Hublot’s famous “column wheel” which is visible on the dial side. Its construction, which incorporates just 330 components, has been simplified as much as possible in order to further increase durability. Its power reserve is around 72 hours.

Since the beginning of the partnership, the watchmaker and sports car manufacturer have participated in several events and road rallies worldwide, from the first Ferrari Racing days in Japan in May 2011, to the recent celebration in Mexico where the brand released the limited edition Big Bang Ferrari Mexico timepieces to be sold exclusively in its namesake country.