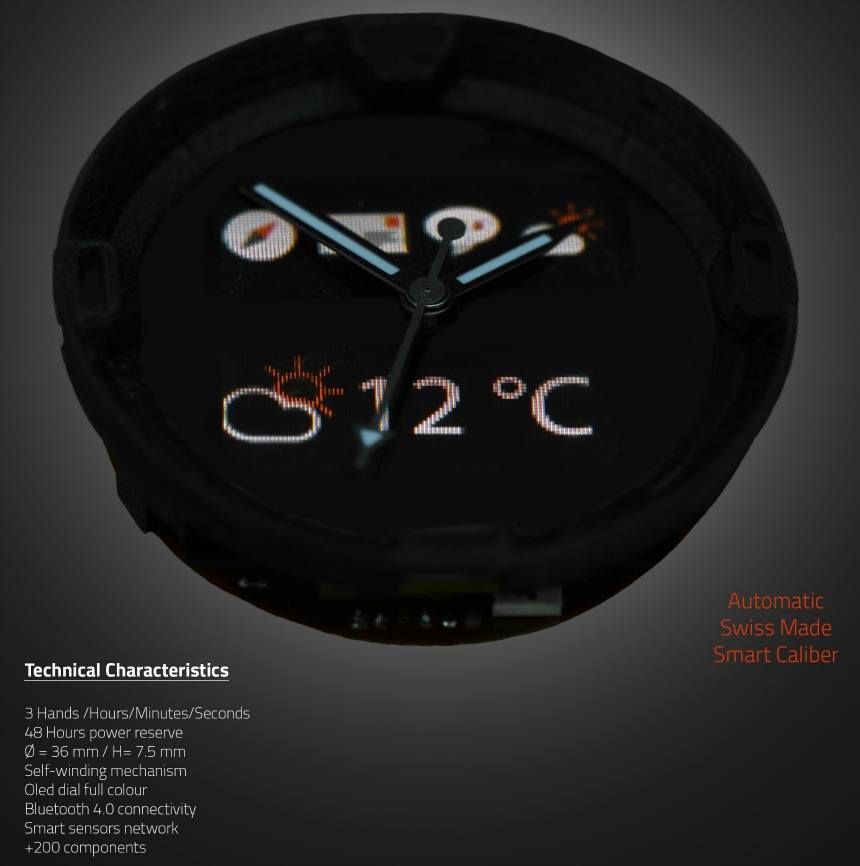 We finally have more details about the upcoming Swiss smartwatches by Hyetis. Things in the smartwatch universe are happening much more rapidly, now that companies feel as though the clock has begun on the release of the Apple Watch (even though we don’t yet know the precise date in 2015 when Apple will ship them). Less than a month after the debut of the Apple Watch, companies from all over the world have begun to announce new products – many of them seeking to fill the gap under the expected price points of the Apple Watch. However, also to consider, are the Swiss, who typically aim at a more high-end price point, with luxury offerings. A major question we’ve been contemplating is how the smartwatch market will effect them. So that brings us back to the Hyetis Crossbow, perhaps the first serious Swiss smartwatch, that we initially covered back in Mid 2013. As it turns out, Hyetis will first present, not the promised Crossbow (that will come later), but a smartwatch known as the Hyetis REDLINE. According to Hyetis’ founder, the Crossbow will be their flagship product and development simply isn’t done yet – but the Hyetis REDLINE will start shipping in 2014. 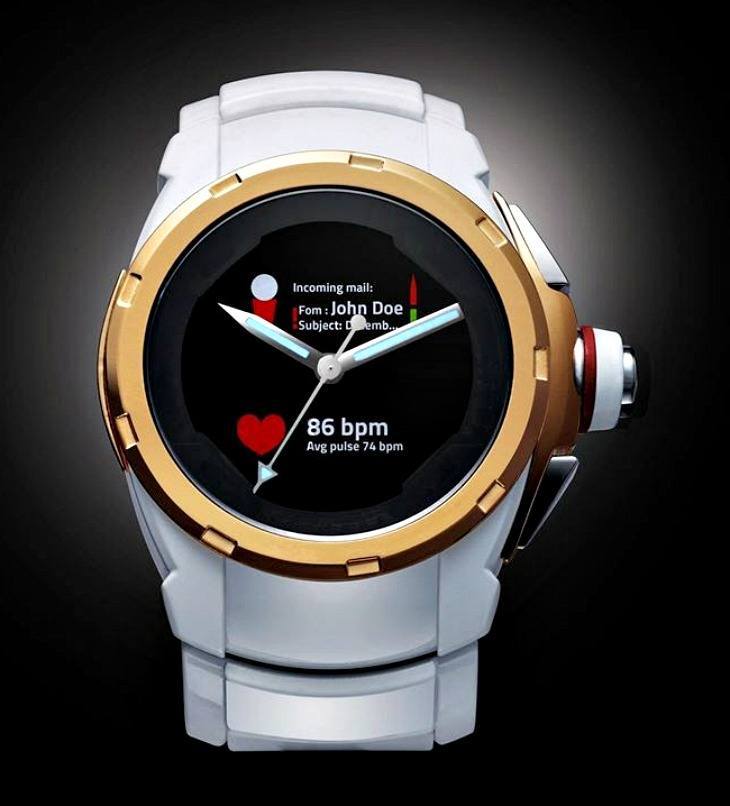 Our Patrick Kansa interviewed Hyetis founder (and Swiss watch industry veteran) Arny Kapshitzer here, when we discussed the development of the high-end mechanical and electronic Hyetis Crossbow smartwatch. This was back in August of 2013, and the Hyetis Crossbow watch was supposed to be released by the end of 2013. That didn’t happen. In fact, supporters of the Hyetis brand and those that made orders complained to aBlogtoWatch that the founder went into radio silence. The situation was pretty obvious – the undertaking to produce the massively ambitious Hyetis Crossbow was taking much more time than expected. aBlogtoWatch reached out to Kapshitzer a few months ago, who affirmed that while they were behind, development was still underway. We now have new information that Hyetis will release the new Hyetis REDLINE smartwatch which is close to being done, with units scheduled to begin shipping in October. That is about a year after the Hyetis Crossbow was supposed to ship, and we still need to wait longer for the Crossbow. 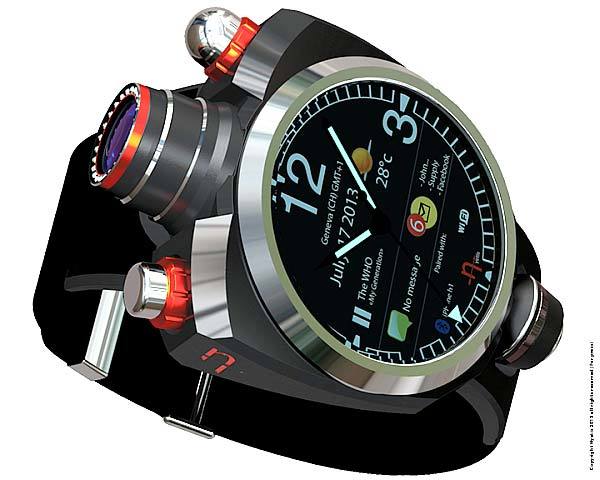 We don’t know exactly how much the final Hyetis Crossbow watch will resemble the original renders when it is released, but we do know that it will share a movement platform with the Hyetis REDLINE, which is the caliber RDL-001. Further, we have a view of the the dial and flange ring sent to us by Hyetis. Note that they intentionally obstructed parts of the dial in order to show it as a teaser, but it does confirm that the analog hands over the OLED screen concept will happen. Just as a reminder, the Hyetis concept was to produce a Swiss smartwatch that combines a traditional automatic mechanical movement with an electronic system and screen. The hands over the dial are connected to the mechanical movement, while everything is part of the computer.

Hyetis calls the movement their caliber RDL-001, and it is the most important step along the way. Some of the challenges thus far include dealing with the various signals bouncing around the case (or outside of it), and of course, making everything fit. While the Hyetis Crossbow was to be in titanium, I believe, the Hyetis REDLINE will be in ceramic. That is clever, because I don’t believe ceramic will have the same blocking effect on the signals and antennas in the same way that metal does.

Tech specs for the mechanical movement in the Hyetis watch are as such:

Technical specs for the “smart complications” module are as such:

In the new documentation, Hyetis didn’t even refer to the “Crossbow” product at all, and only by speaking with Kapshitzer, did I learn that a totally new watch known as the Hyetis REDLINE will come out now, while the Hyetis Crossbow will come later in the future.  I don’t know all the ways they are unique from one another, but I know that one big difference is the lack of camera in the Hyetis REDLINE. 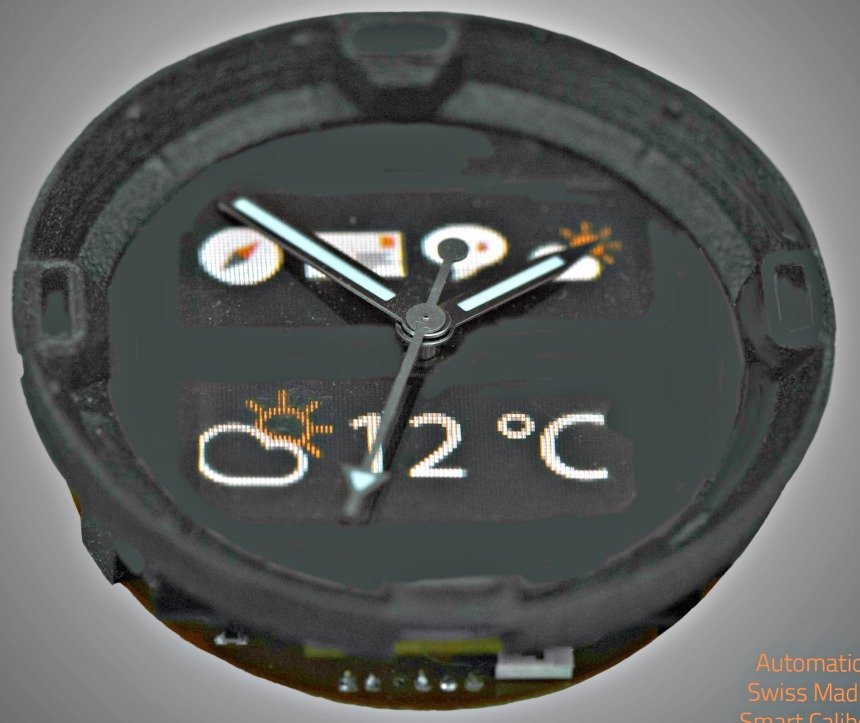 Given that we don’t know more about the final product, I don’t want to reiterate the proposed 46mm wide size of the Hyetis Crossbow watch and other elements regarding the materials or aesthetics as related to the Crossbow or Hyetis REDLINE. However, if you recall the Hyetis Crossbow was intended to cost about $1,500, which is close to the final price that will be $1,600. Also, early supporters are getting a Hyetis REDLINE (presumably for free), given how long the wait for the Crossbow has been, and may still be. So current Crossbow pre-order customers will get Hyetis REDLINE watches first (and also later a Crossbow), while others should be able to get a Hyetis REDLINE soon – at some price which is less than $1,600.

What is interesting about the whole Hyetis concept is what it is really meant to be. What you have is an attempt to produce a modern wrist gadget device that, nevertheless, has one foot in the past (or at least within the Swiss watch making tradition, given its mechanical movement). Having said that, even though the combination of mechanical and electronic systems might prove arbitrary, there could be a very real advantage – and that is battery life. How? Well, assume you still want to use your smartwatch to check the time throughout the day. With most other devices, you’ll need to activate the screen, which consumers precious battery life. With something like the Hyetis, you can go to check the time without ever activating the screen, which might have very real benefits for battery power conservation. Just something to think about, given that there are no exciting advancements in battery technology on the horizon, so the name of the game will be clever tricks to preserve battery life and/or charge it on the go. hyetis.com