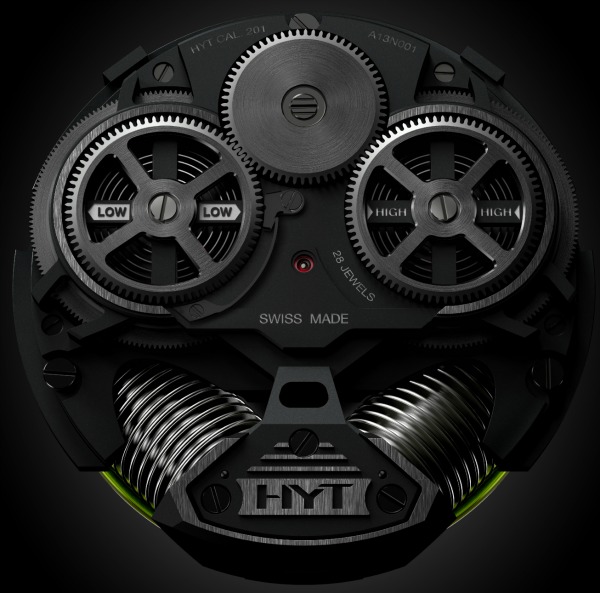 No doubt there will be a part 2 and maybe 3 of the teasers that will lead up to the HYT release of their second watch, the H2. Last year, the “Hydromechanical Horologists” led up to the eventual release of the H1 timepiece by teasing us with bits and pieces. So here is the HYT Caliber 201 manually wound movement that will once again use liquid indicators to help show the time – and other complications.

The HYT H1 was one of the most impressive watches of 2012, with its unique design, innovative liquid and bellows system, and relatively competitive price of around $45,000. The H2 will be a step up in price, complication, and prestige. For the H2, HYT worked with APRP’s Giulio Papi to design the movement. Papi is one of today’s best and most creative movement designers who is the brains behind a lot of what comes from Richard Mille, Audemars Piguet, and many more. 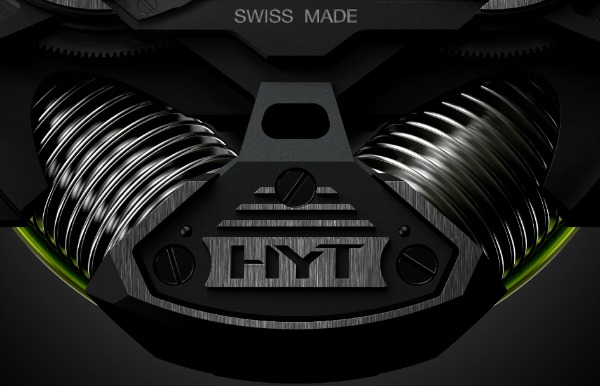 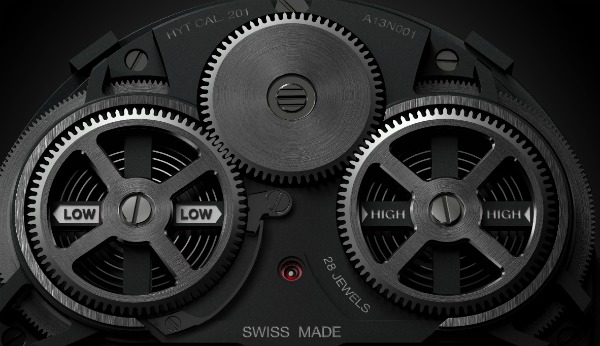 What we can tell from the caliber 201 is that it will retain the double bellows system for the liquid, and probably indicate the hours in the same way. Though, the bellows here are diagonally aligned. The movement also appears to have linked double mainspring barrels for a lot of power. Plus, the barrels are skeletonized a bit so that you can see how tight the springs are – this acts as a sort of power reserve indicator. So right now we know the H2 is coming, and we will get bits and pieces of it until its full release next month at Baselworld 2013. hytwatches.com