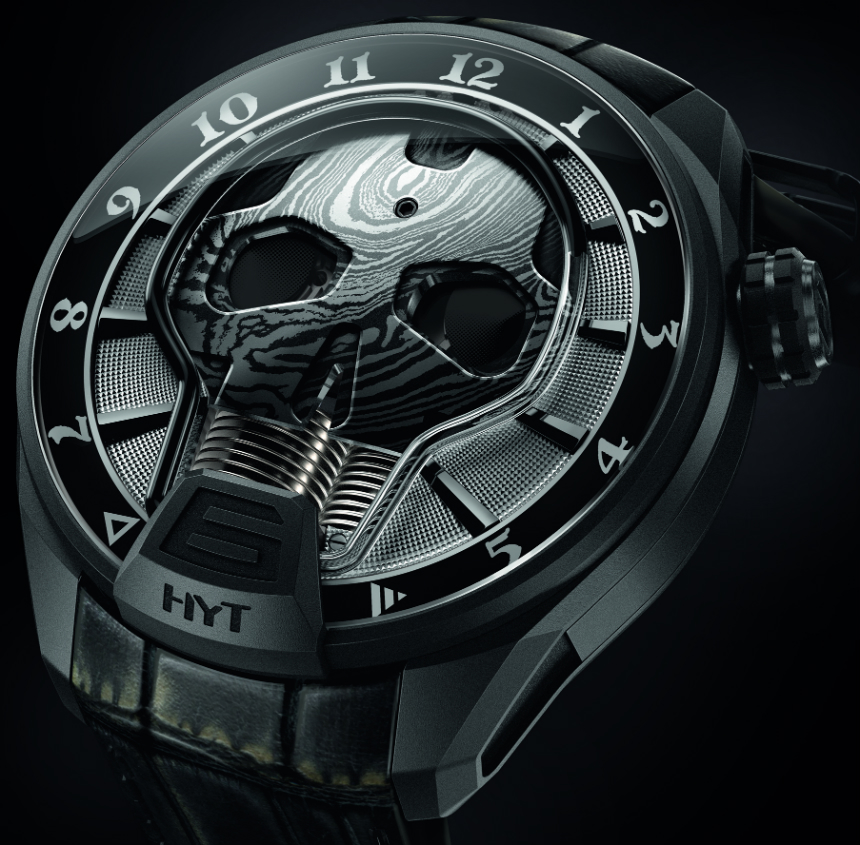 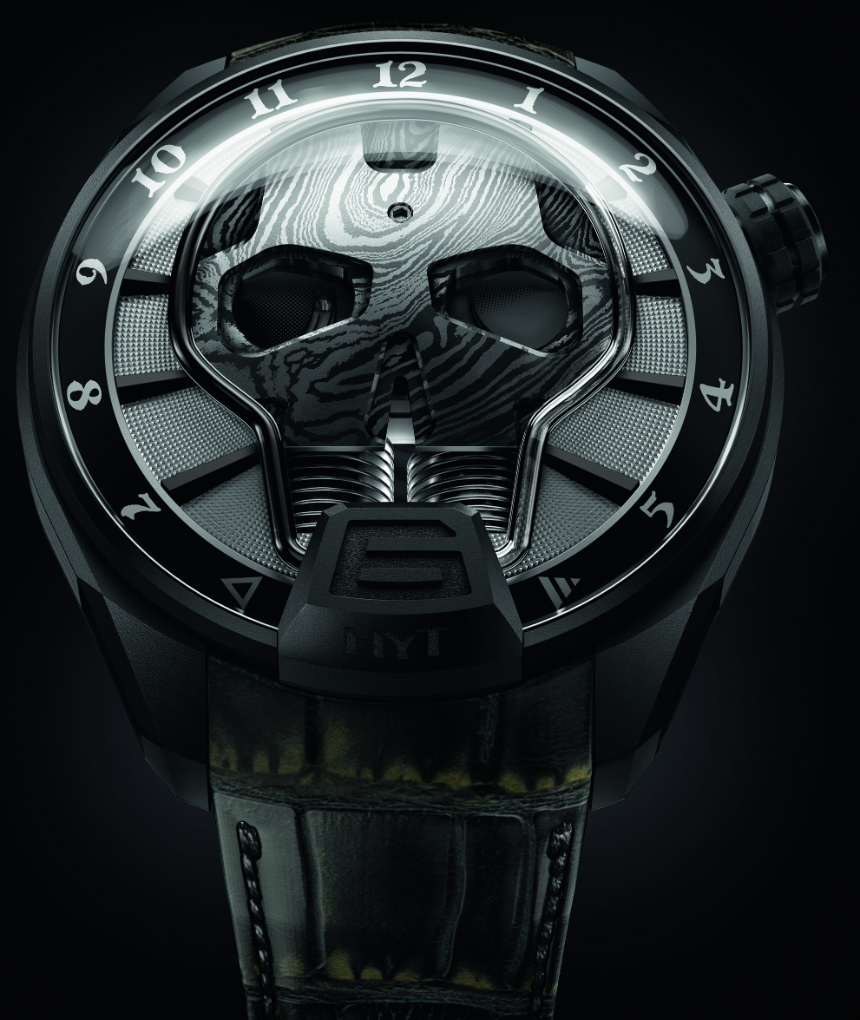 Do not adjust your screen. That’s not a graphical glitch you’re seeing on the bold face of the HYT Skull Bad Boy watch, but a new material designed to mimic the appearance of Damascus steel. More often found in knives and samurai swords, Damascus steel has featured in watches before – though that is not to say it has always been greeted with open arms or met with success. With this model, HYT wanted to harness the effect of the unusually patterned metal, but decided to produce it using regular steel and carbon folded 256 times before being used to coat the familiar Skull shape. The HYT Skull Bad Boy watches – of which there will be 50 – are cast in batches of five, and no two will ever have the same pattern. 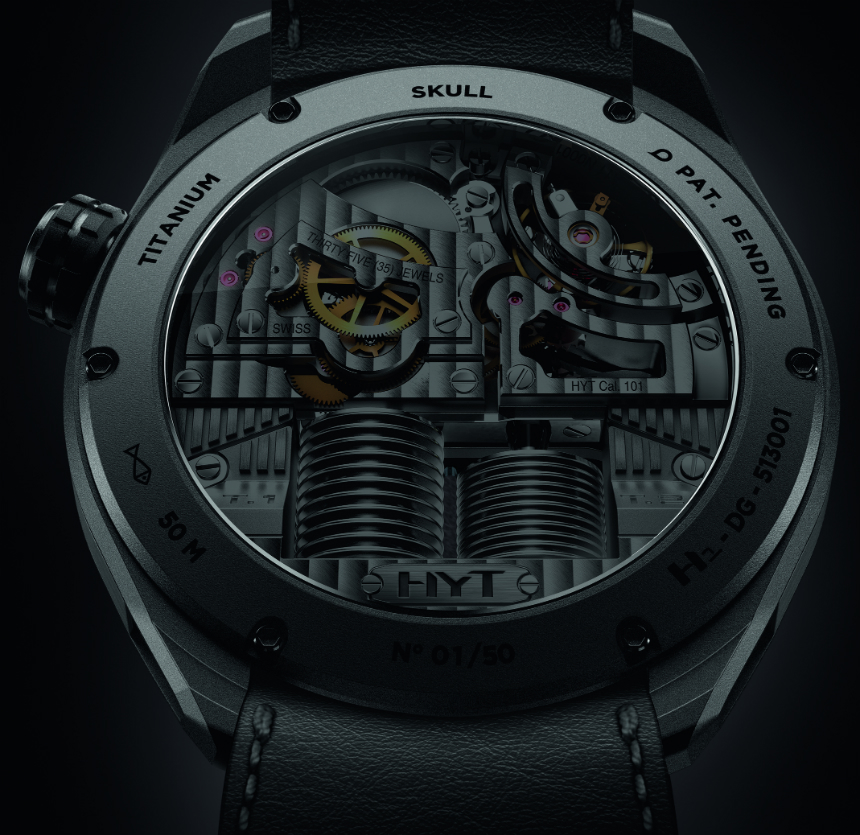 HYT’s technology is unique (and for once, that word is appropriate), and they concern themselves less with releasing something totally new and more with adding personality to each of their extremely limited models. This might frustrate the passing fan, who wants to see bigger, better, weirder, and wilder designs from the brand, but we can’t expect that much for two reasons: Firstly, manipulating their technologies takes more time in the research and development stage than many more traditional ateliers. It might be easy to sketch an idea on paper, but transforming that idea into a reality can take years – literally, years. You may think on first glance that the HYT Skull Bad Boy watch is just a simple colourway change, but that black fluid is so chemically specific, it took over 12 months to produce itself. 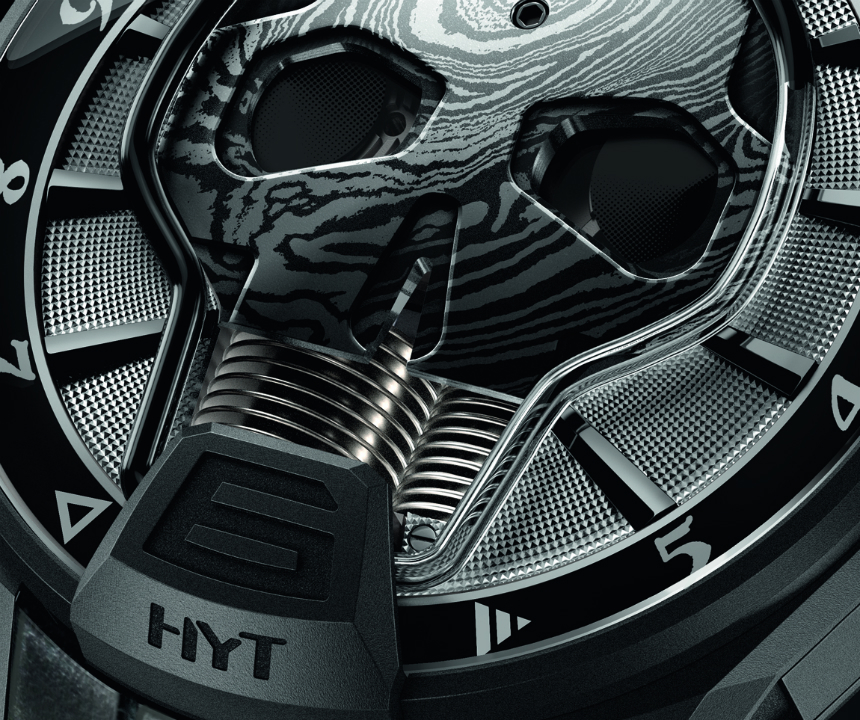 The second reason it would be unreasonable to ask for any more from HYT is the scale of their business. Most of their wares are produced in very limited runs of 15-50 pieces. Simply put, you just don’t have much of chance to buy one of these things (assuming you’ve got $50-$280k burning a hole in your pocket). For that reason, it would be a bit of shame to produce something as iconic as the H1, and then shelve the whole thing 50 watches later. No, the constant re-imagining of these pieces allows consumers to buy in to a very special club, the doors of which close almost as quickly as they are opened.

The HYT Skull watches in particular are an interesting case study. The sculpted glass capillary that carries the fluid around the imposing centrepiece of the dial took years to refine. Because of the sharp angles in the tube, the fluid-filled bellows at six o’clock are required to adjust the pressure on the fluid to ensure a smooth and steady transit. For what is a relatively benign effect, the level of effort that goes into it is staggering. 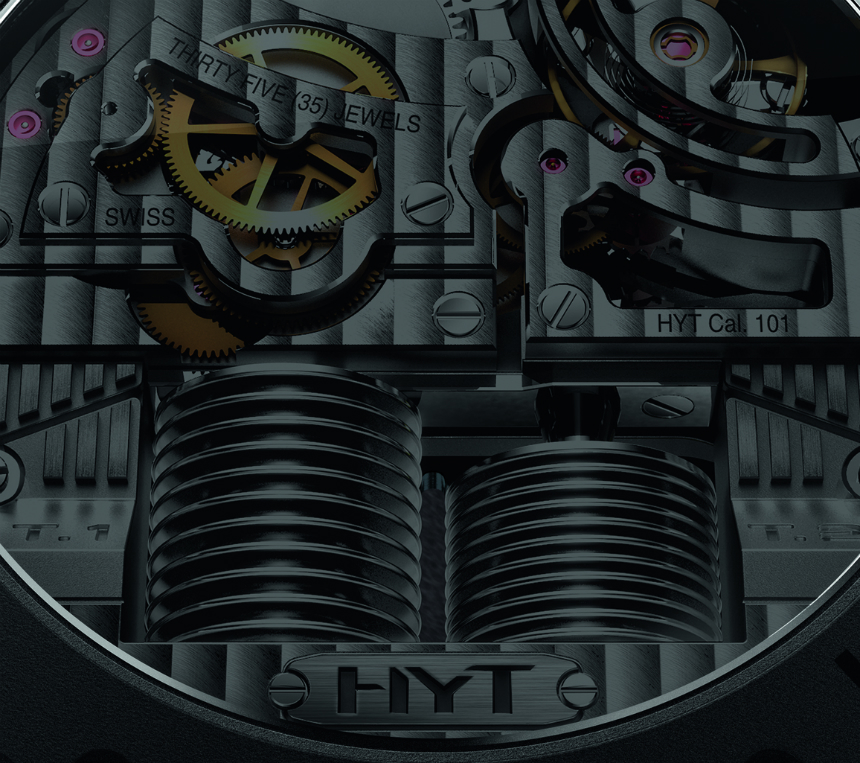 Benign as it arguably is, there is a great serenity in HYT’s watches. The use of liquid is itself an inspired foray into Zen horology. You may find the result gaudy or grotesque, but the fundamentals are pretty cool, even if you loathe their execution. And when it comes to cool, the HYT Skull range is hard to top. Is it my favourite HYT range? Maybe, maybe not. But I could never class it as uncool. You’ve got to be pretty self-assured to dispense with the second most important hand on a watch (the minute hand) and instead roll-out a piece that just indicates the hour, and with only two colours to its name.

Okay, so maybe I am overlooking the seconds disc (hidden in the left eye socket), and the power reserve (hidden in the right), but as with all the other HYT Skull watches, you are not exclusively paying for functionality – you are paying for a statement piece. And although it might well be a lot to pay, the styling of the HYT Skull Bad Boy pulls no punches in its cocksure attempt to floor the competition. With a black leather strap, the inky black fluid in its veins, the naturally streaked and scarred surface of the smoothly-finished skull, and the Clous de Paris stud pattern which evokes thoughts of biker jackets and barroom brawls.

This is a departure from the joyful appearance of previous HYT models. The four other colours used for the fluid so far have all been able to cling to the last rays of light and reflect at least some of it back on to the dial. There is no chance of that happening with the HYT Skull Bad Boy. But is it bothered? Don’t bet on it… 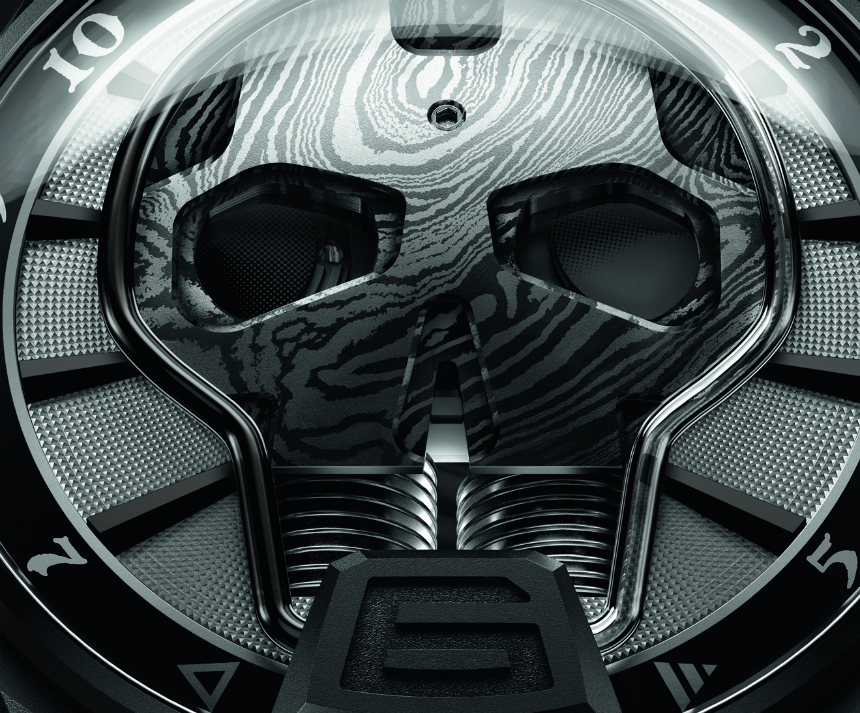 Vincent Perriard, CEO of HYT Watches, explains that it was a deliberate choice to leave the HYT Skull Bad Boy lurking in the shadows, where other, less brash watches might wont to show some sign of life. The marketing is geared towards embracing an uncompromising nature: You want black? You got it. The HYT Skull Bad Boy measures 51mm across and is made of DLC-coated titanium. Price on HYT’s foray to the dark side is 90,000 CHF. hytwatches.com