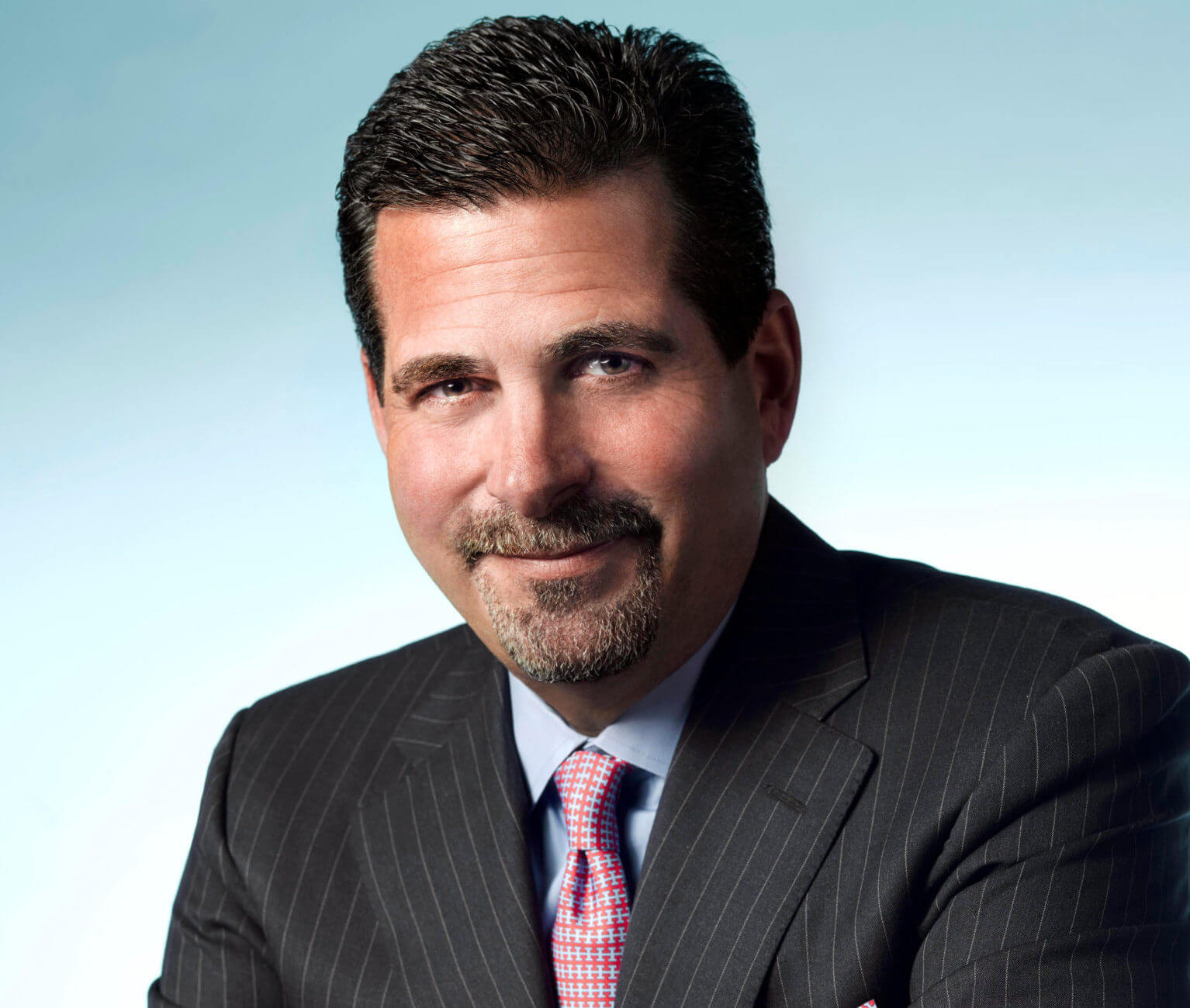 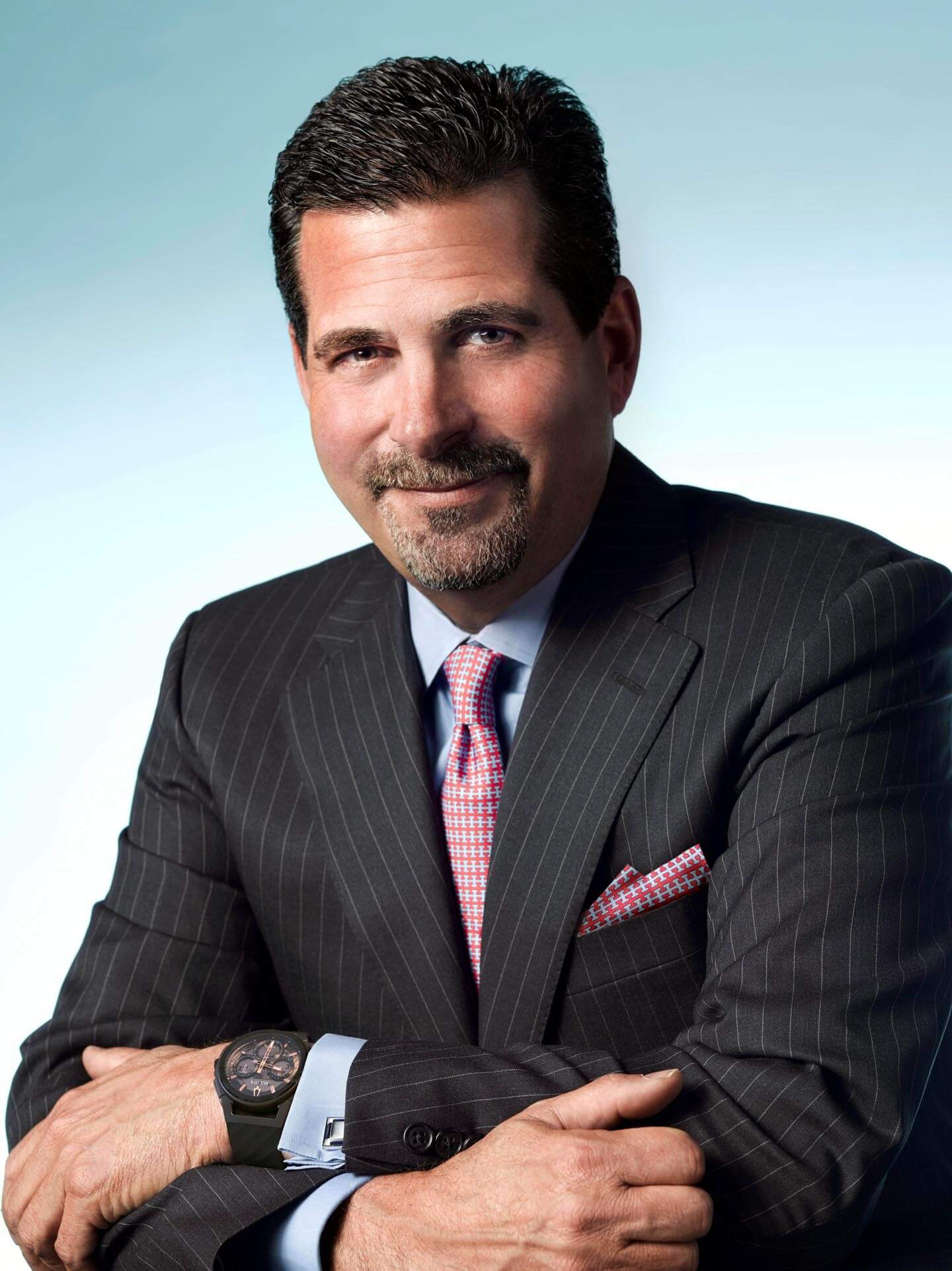 With nearly 30 years of experience at his disposal, Jeffery Cohen is the person responsible for running Citizen and its group of watch brands in the US as the President of Citizen Watches America. What I have found to be unique at Citizen (when compared to other foreign-owned timepiece makers) is the level of autonomy in management and decision-making that the United States office has enjoyed. That means even though the Citizen Group is a Japanese company, its American subsidiary calls the shots on U.S. soil. That has given Citizen Group — currently headquartered in New York City’s Empire State Building — a special market advantage, historically. Today, the Citizen Group of brands in the United States includes Citizen, Bulova, Accutron, Alpina, and Frederique Constant.

Recently, the Citizen Group in the U.S. issued a press release about upcoming company reorganization efforts and a shifting of market priorities. I took this opportunity to connect with Mr. Cohen, who kindly offered to speak with aBlogtoWatch about what he has in mind for Citizen and its group of brands in America, and how a legacy company like Citizen is adapting to a rapidly changing world. 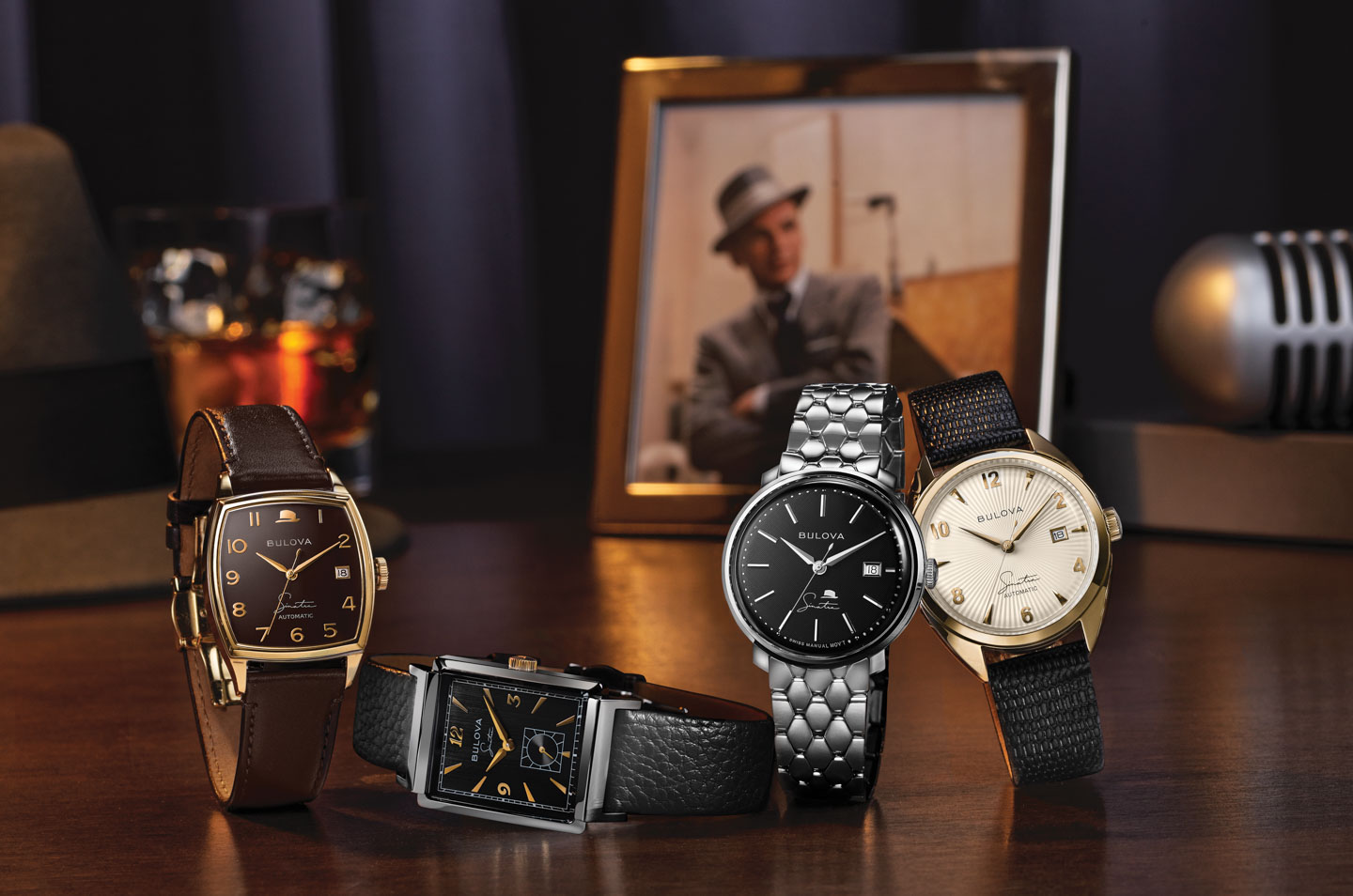 To set the stage, I asked Mr. Cohen to describe what the watch retail market once looked like in the United States, and then to share how exactly the market today is different. While market tastes and preferences have always changed, Cohen pointed to changes in how consumers learn about and subsequently buy watches as being the biggest differences. Historically, a company like Citizen put its efforts into selling products via wholesale to strong retailers who would undertake the effort of both marketing and selling to consumers. All of that has changed today.

Consumers are no longer relying on retailers to tell them about new products or to help guide them as to which products to buy. Retailers, like consumers, are also becoming increasingly niche, 0ffering strong relationships in some interest areas but few of which really represent the larger breadth of all possible interests. Companies like Citizen have historically planned out larger product and messaging campaigns that could be rolled out over large areas or for a large group of consumers. These days watch brand decision making needs to be more “laser-focused,” as Cohen puts it. 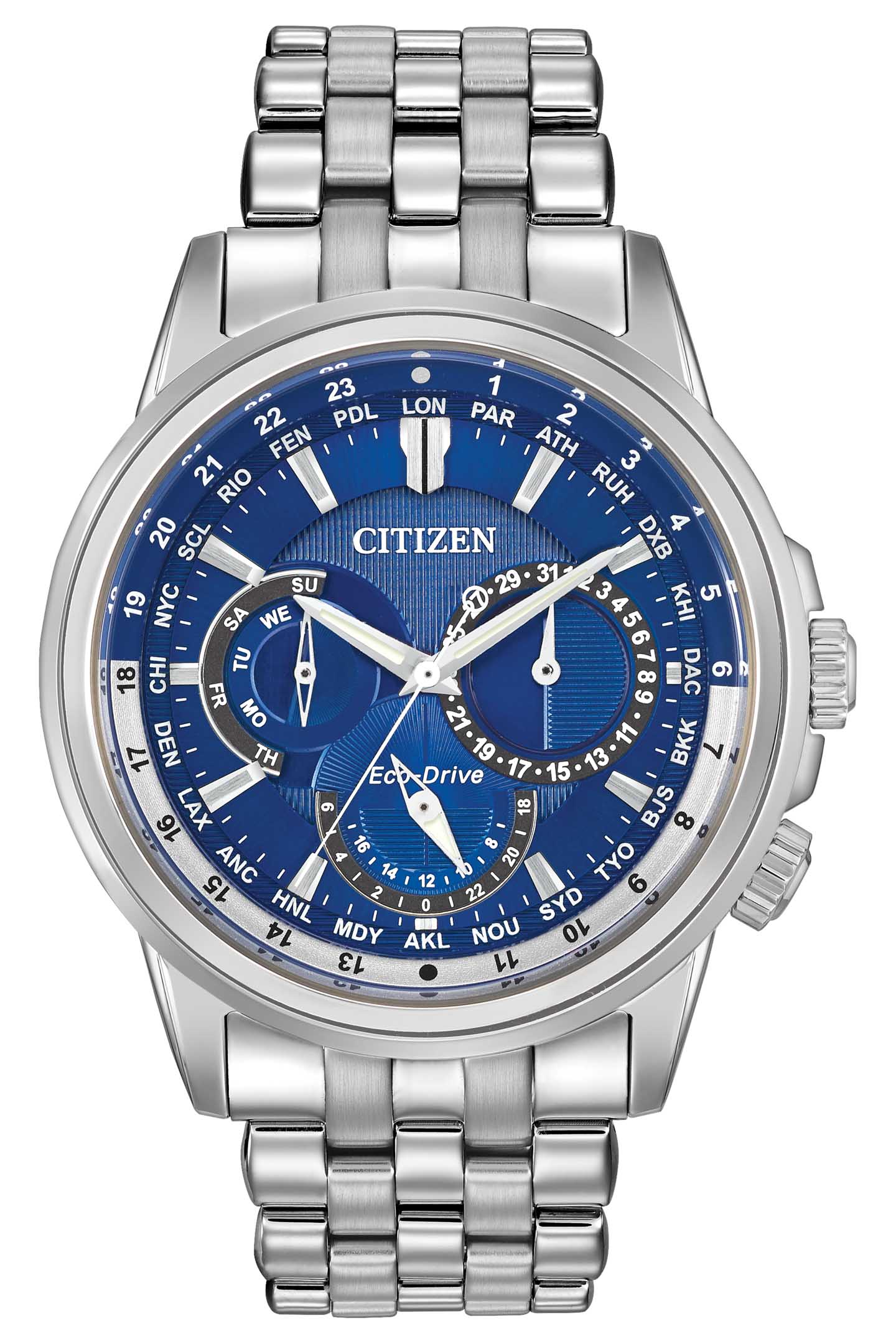 One of the biggest shifts at Citizen appears to be a refocusing on internal efforts, from supporting retailers to engaging with consumers. Citizen is not at all abandoning its traditional retail partners, but its relationship with them is changing, as represented by the changing value those retailers bring them. In short, Citizen (like other smart actors in the watch industry) is moving to a model whereby its efforts are designed to make consumers happy, as opposed to retailers (such as jewelers). The implication is that happy consumers motivate themselves to discover retailers who sell what they are looking for, as opposed to the more historic model of learning about what they want to buy from a retailer.

Cohen also points to the quickly evolving role that timepieces play in the lives of consumers these days. In the past, watches have been passive tools on the wrist that complement one’s character and tastes. Today, watches can be vividly more expressive and in have taken on new forms of social and tribal identification on behalf of the wearer. According to Cohen, the implication of this is that Citizen and its brands need to do more than just communicate to consumers that it has new products; it must assign authentic meaning and values to those timepieces. Cohen makes it clear that the Citizen Group of today is dedicated to having a two-way conversation with consumers. 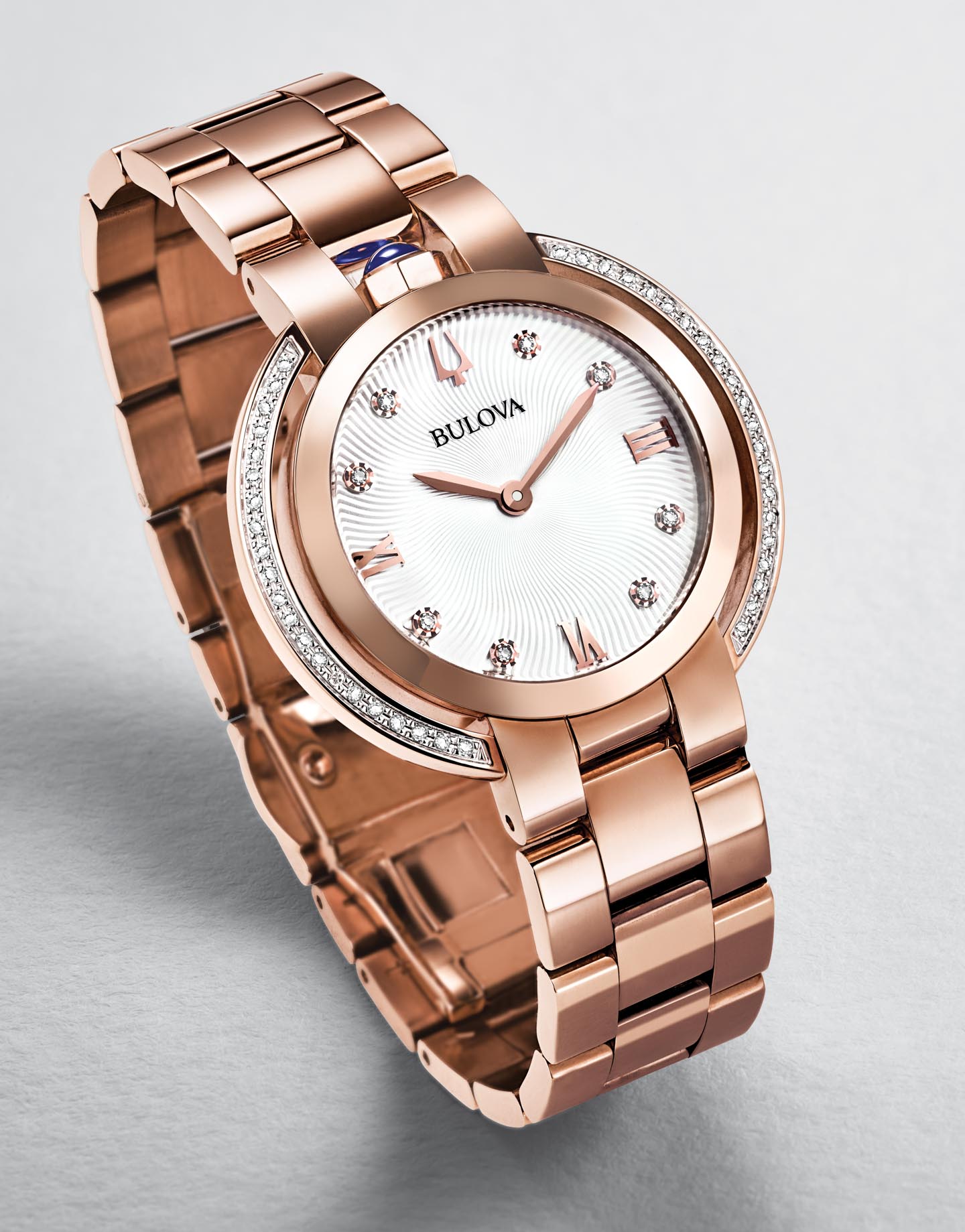 What does Citizen want to know from the people who are interested in and who buy its products? Today is about making data-backed decisions, according to Cohen. The experienced watch industry insider would never give up his or her honed intuition, but his remarks are telling because, for the most part, the watch industry has historically made top-down decisions about market direction and focus. Market data — provided it is captured and analyzed correctly — has been instrumental to a number of businesses faring better when it comes to producing not only products that consumers want, but also to the consumers a brand actually has. Citizen’s goal isn’t just about listening to its consumers’ preferences about what watches they want, but more importantly, it is about identifying what its fans and consumers care about in the first place.

Even before the current market challenges related to the COVID-19 pandemic, the Citizen Group was well underway with a series of planned changes and strategic shifts. In addition to diversifying from mostly focusing on relationships with retail partners, the Citizen Group has determined that relationships with consumers have changed over the last several years. According to Cohen, whereas timepiece brands could more historically rely on consumer loyalty, these days consumers move freely from brand to brand as tastes and interests can sometimes shift wildly from purchase to purchase. To better correspond with the current experience of being a well-connected savvy consumer, Citizen and its brands will embark on a new era of relationship- and sentiment-building with consumers. 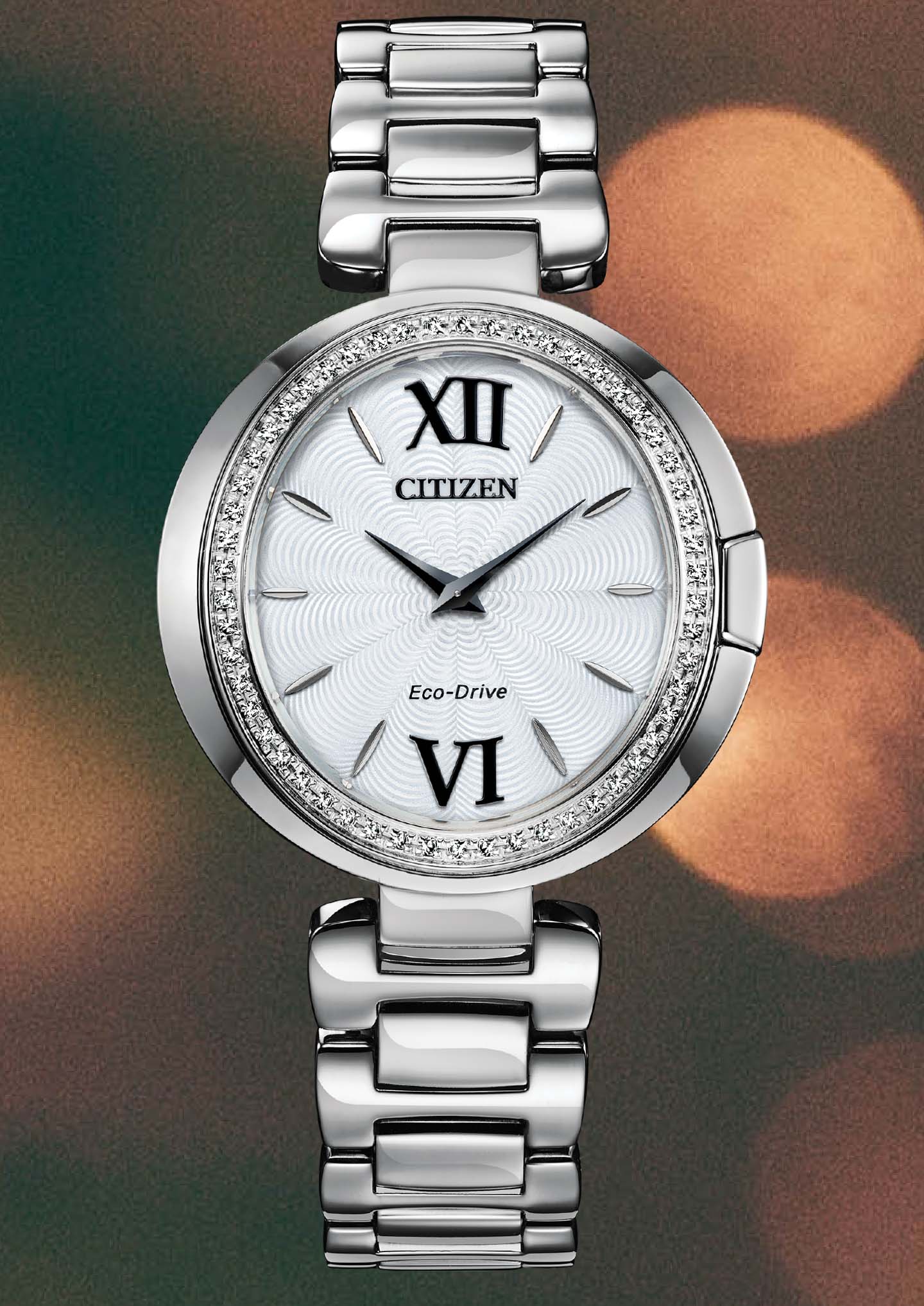 This is a tricky proposition because, at the end of the day, Citizen and its brands are not fashion houses but engineering firms dedicated to the proposition that the wristwatch, as a tool, can continue to get better and better. What watch brands have found, however, is that the volume of available “also-good” products in the market means that people interested in buying watches have a more difficult time than ever in choosing. To combat this, Cohen has undertaken the effort to align his brands with cultural fixtures associated with celebration and positive feelings. Two ideal examples are Citizen’s tight partnership with Disney and Bulova’s ongoing relationship with the Grammy Awards. For Cohen, connecting with these institutions isn’t merely about getting the brand name out there, but also in connecting with consumers when their moods are at peak positivity.

Citizen and its brands will also be speaking more directly to the consumers they are focusing on. Increasingly rare will be generic institutional messaging campaigns and advertising, replaced by more niche-targeted messages to particular groups. Mr. Cohen wants Citizen, Bulova, and the other brands to have more meaningful relationships with their fans, and that means both understanding the fans posing relevant statements to them. Here again, we see Cohen’s “everything is now digital” approach, whereby Citizen can get to know its fans through online data and then be in the best possible position to speak to those fans with messages catering to them. This is exactly what has served niche watchmakers so well and, finally, we are seeing a return to the big names in timepieces making the marketing-intelligence investments they need to carry their brands into the next era.

Cohen reminds me that Bulova has been continuously operating in the United States for approximately 145 years. Today, Bulova has a team of designers in New York City imagining the next generation of Bulova watches entirely from scratch. Bulova timepieces, especially, will be an example of how Citizen is tailoring everything from the design of the watch, the advertising of the watch, to where the watch is sold, to the preferences of Bulova’s known consumer base (and people like them). 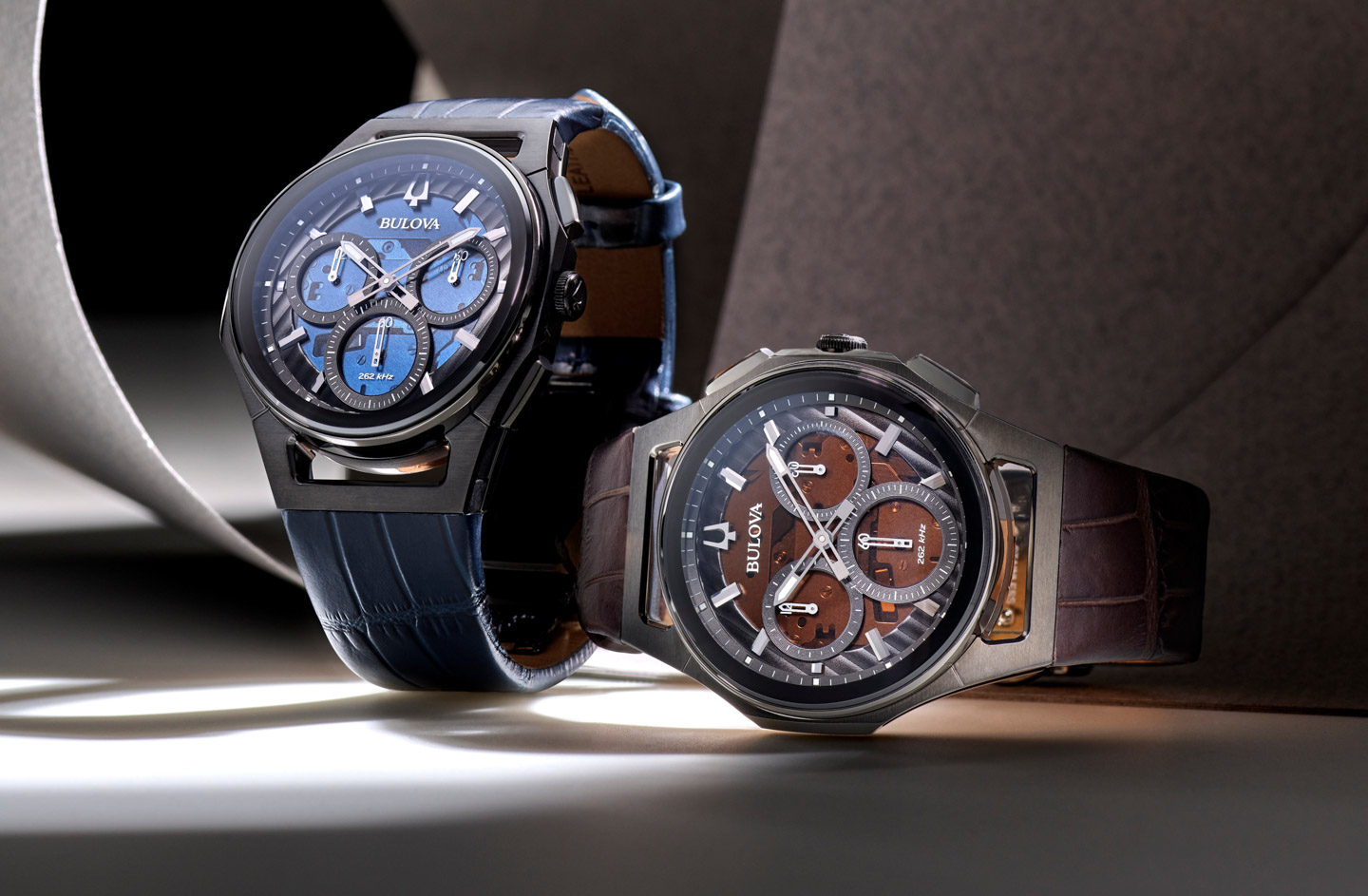 Citizen Group’s next major initiative in America will be the full roll-out of the Accutron brand. Previously a collection under the Bulova name, Accutron will now launch as its own brand featuring the world’s first-ever electrostatic powered movement. Cohen remarks that the Citizen Group spent nearly a decade developing the technology and that the Accutron brand will be unlike anything else in the current brand portfolio. The concept for collectors is potentially thrilling. Accutron was the name associated with the first tuning fork-controlled electronic timepieces and was originally released around 1960. It was the most accurate wristwatch on the market until it was supplanted by quartz-regulated electronic watches about a decade later.

The new Accutron will not see a return to turning fork technology, but it will offer the wristwatch consumer something new, as well as visually assertive. That last part, for Cohen, seems to be important because he knows better than anyone how wristwatches make the best conversation pieces. While not an actual piece of Accutron history, the appeal of the watch was memorialized in an episode of the television drama Mad Men about advertising professionals in New York during the late 1950s and early 1960s. With any luck, Accutron will capture the hearts and minds of a new generation of timepiece enthusiasts today.

Citizen and its brands have their work cut out for them both globally and in the United States given the equal need to focus on product innovation and marketing relevancy. This is also at a time when mainstream watch sales are down given the current economic environment as well as the lack of traditional sales volume, which companies like Citizen could one rely on from America’s then-powerful department stores and malls. 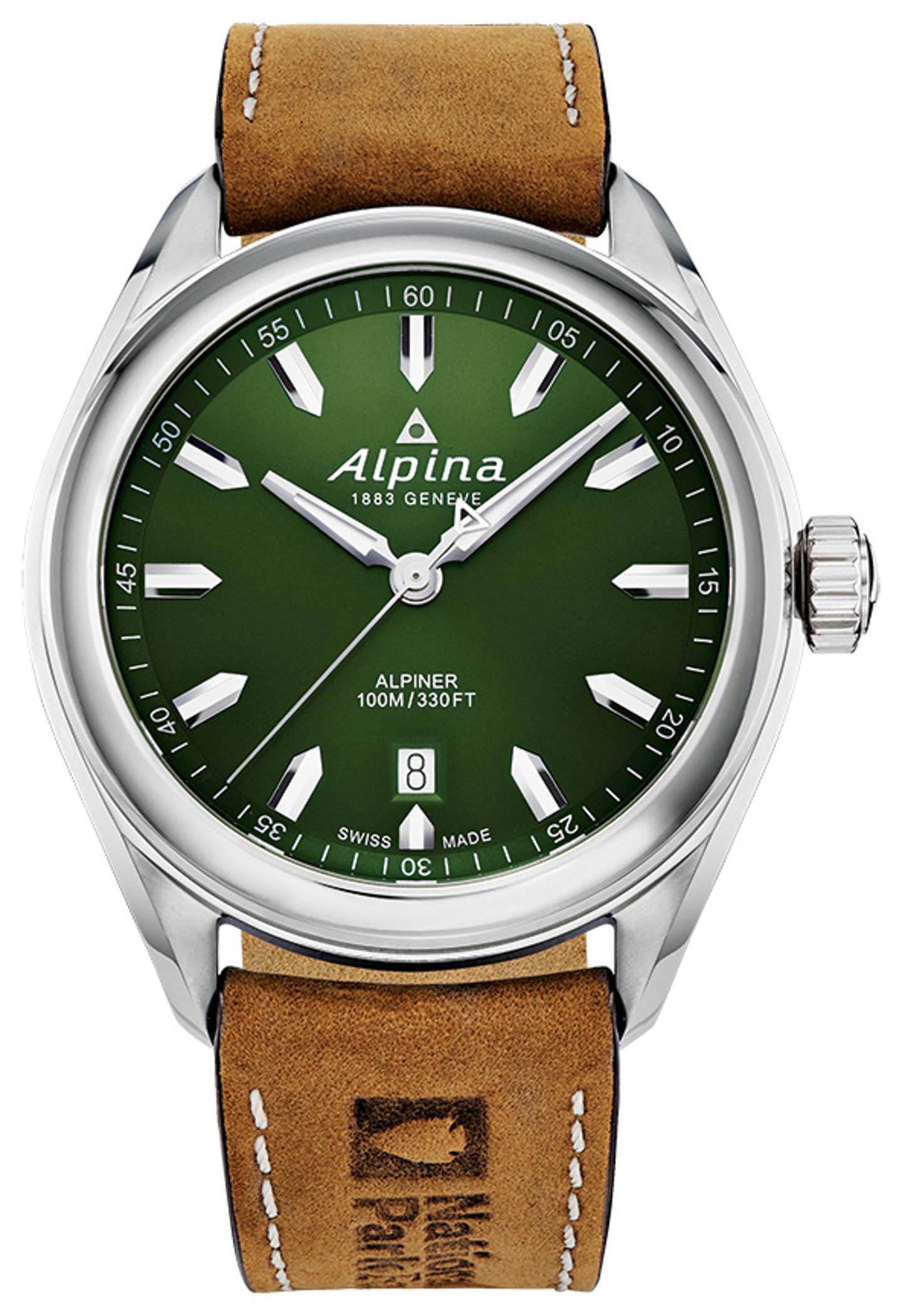 My guess is that while Japan is in control of R&D and production, it is the United States office that appears to be setting much of the tone for the brands’ relationship with consumers — as the United States continues to be the most important market in the world for the Citizen Group of brands. Within that sphere, Citizen and Bulova are the top two brands, respectively. As I mentioned above, Citizen is further unique for having Americans in control of their American business. This might be a strange thing for those not familiar with the watch industry to read, but the reality is that the vast majority of foreign-owned watchmakers operating in the United States have (at least in my opinion) skewed too far away from the American mentality by appointing non-natives to crucial management roles.

Citizen is clearly investing heavily, and an internal  reorganization is a logical result of that fact as the company shifts  to being more consumer- versus retailer-focused, while continually asking itself, “What timepieces does the market want to see from us?” Cohen made it clear that Citizen would continue to seek out holes in the market that it can fill with its particular style of innovative product development and ability to produce emotionally satisfying experiences. 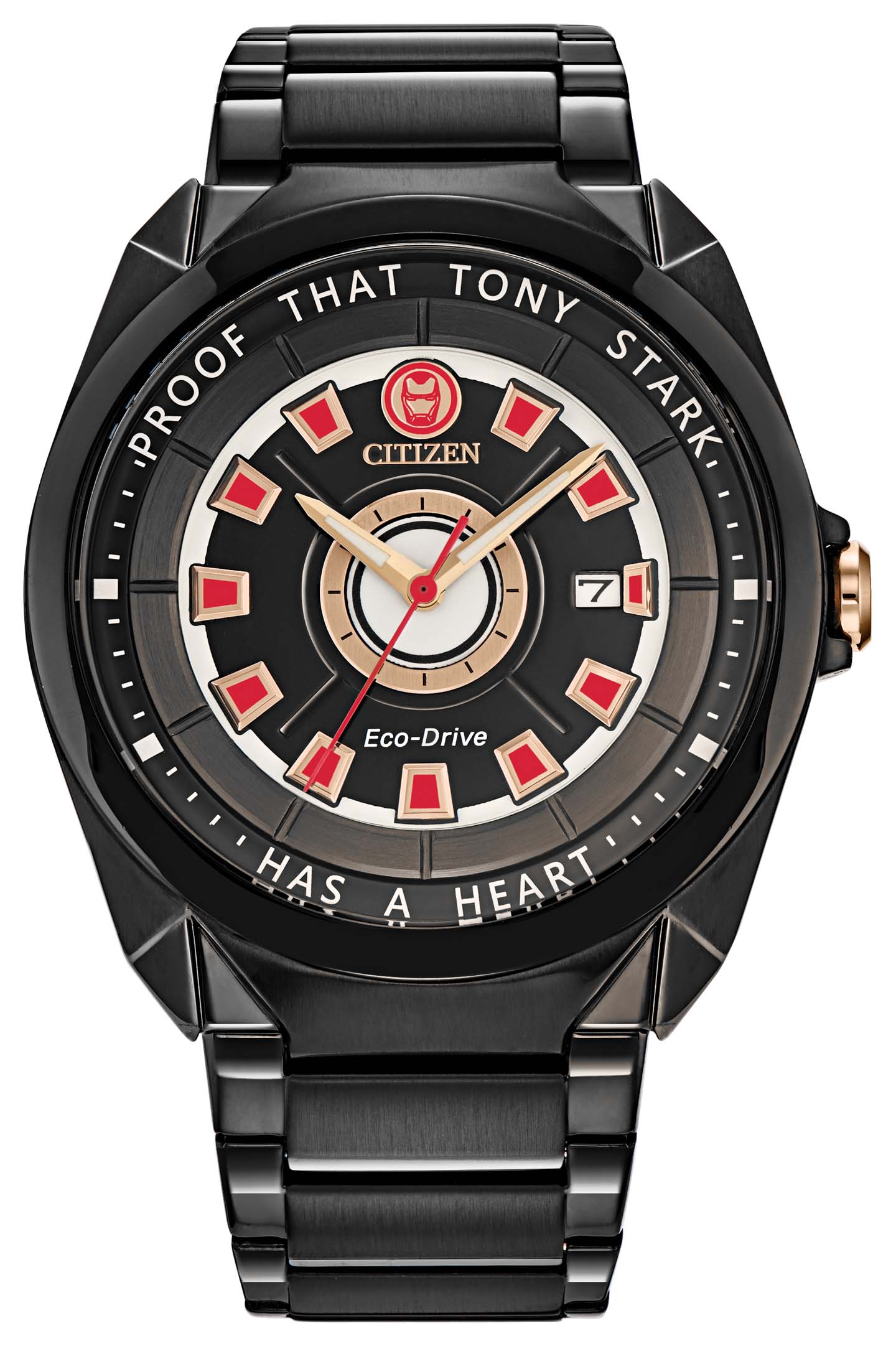 While the immediate future bears a host of unknowns, Cohen has confidence in the enduring appeal of what Citizen Group does best: make watches for regular people — hence, the “Citizen” name (which is exactly why its founders in Japan chose it). Cohen brings not only his honed experience as a watch industry manager to the problems we face today and will face tomorrow but also the wisdom to understand that success will be derived by making the appropriate product, which is then effectively shared with the appropriate group. This, to him, is “precision marketing with personalized messaging.”

Cohen finally reminds aBlogtoWatch that he wants the watch consumer to remain in suspense. “I want people to be surprised,” he says, when learning about new Citizen Group products. Using data acquired from consumer activity and sentiment online is valuable, but it doesn’t often tell you what consumers will like that they have never seen before. That is still where the magic of creativity comes in, and why not just anyone can do what a company like Citizen can. Cohen summed his strategy up nicely as, “Know the consumer, and you know the market.” Learn more about Citizen watches here, and learn more about Bulova watches here.