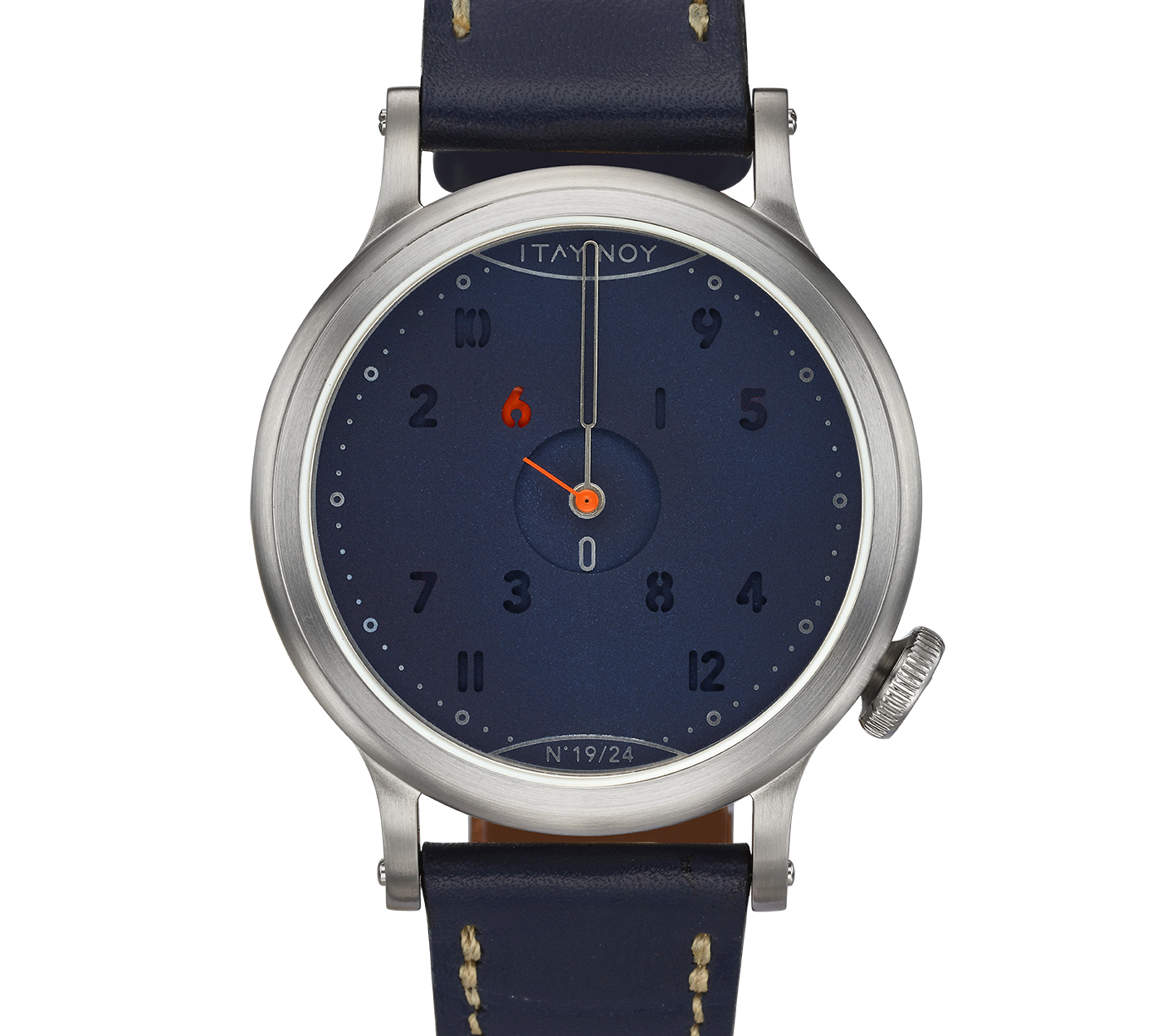 You don’t have to spend megabucks to get into independent watchmaking. Itay Noy is an independent Israeli watchmaker who focuses on creating quirky watches at an accessible price. He is based in the old coastal city of Jaffa, Israel and only makes about 150 pieces a year. Interestingly, most of them have unusual ways of telling time — take a look at the Time Tone watch from 2017. And now, Itay Noy is back again with another peculiar and fun watch. This is the new Itay Noy Reorder watch.

There are three variants of the Itay Noy Reorder watch. They share the same case but have different dial colors. The case is made out of 316L stainless steel and measures 44mm across. Thanks to the hand-wound movement within, case height is a very manageable 12mm. Interestingly, the crown is positioned at 4 o’clock, something we normally see on Seiko divers. It looks fairly large, which will aid in winding the watch. The crystal is sapphire, and the watch has a see-through sapphire display caseback. Water resistance is 50 meters, and the watches will come with handmade leather straps with a double-folding clasp. 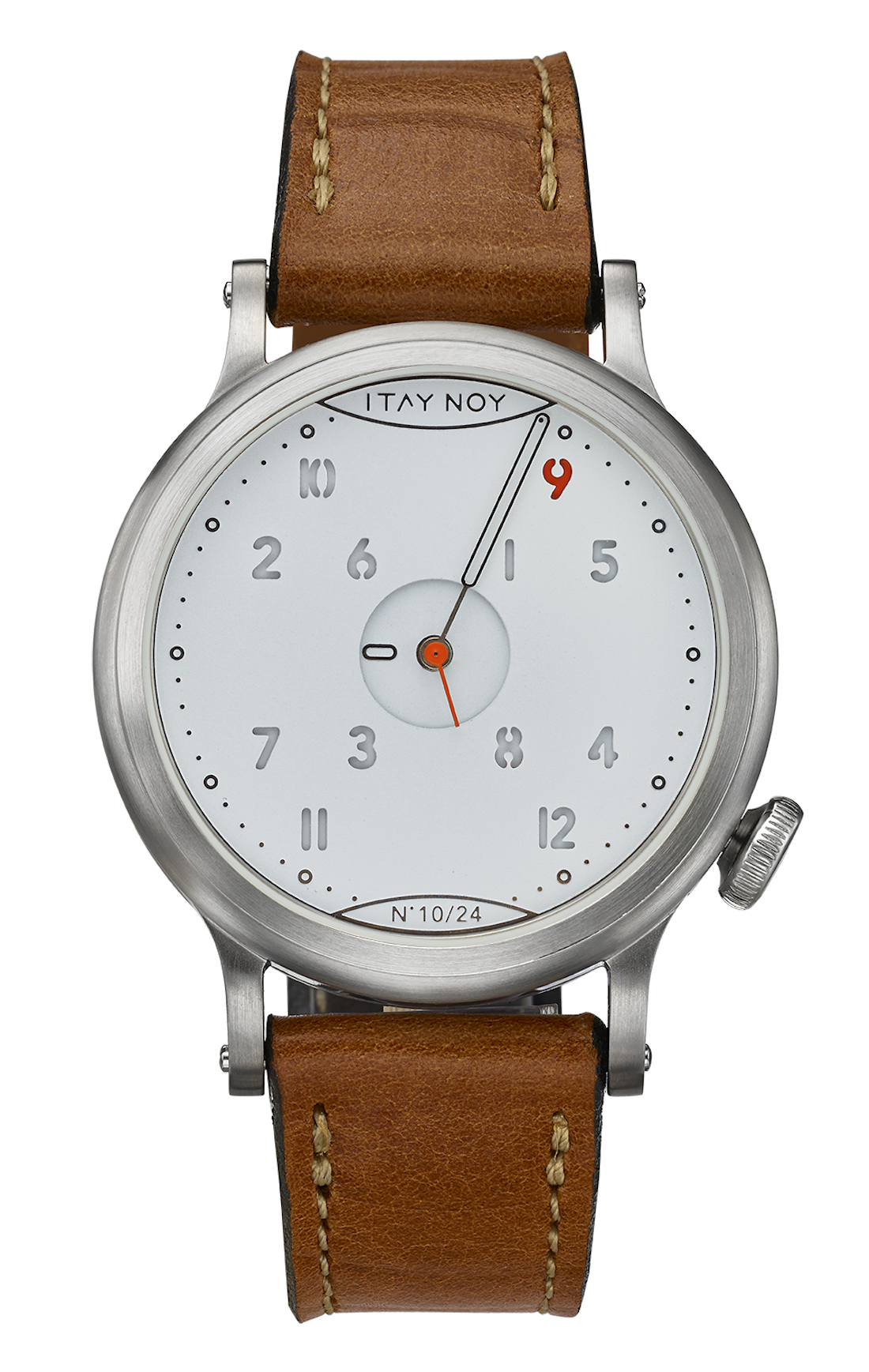 As I mentioned earlier, there are three dial variants: white, blue, and gold. The first thing you notice about the dial is that it features cut-outs of the hours, which are grouped in triangular formations at the corners of the dial.

In the middle, you find a large baton hand for the minutes and a tiny red running-seconds hand. Look closely at the center of the dial, beneath the minute hand, and you will see a stubby hour hand indicating the hour in a more traditional fashion.

You will notice that the numbers around the outside of the dial are not in ascending order but do follow a logical pattern. On first glance, it would be fair to assume that the central stubby hour hand is merely printed on a disc with 12 patches of red dotted around so that the right one highlights the correct hour at the right time. But on further inspection, it is clear that the numbers are too closely grouped for the red to track cleanly from one to the other, not to mention the fact the order of the numbers would make that kind of dial printing very tricky indeed.

So how does it work? A magician doesn’t reveal his secrets. Likewise, Itay Noy was coy on the specific operation of this watch and only revealed that the dial contains a surprising 12 components and five gears. Perhaps this is a ballsy attempt at stimulating the minds of potential consumers, in the hope that desire is born of intrigue. 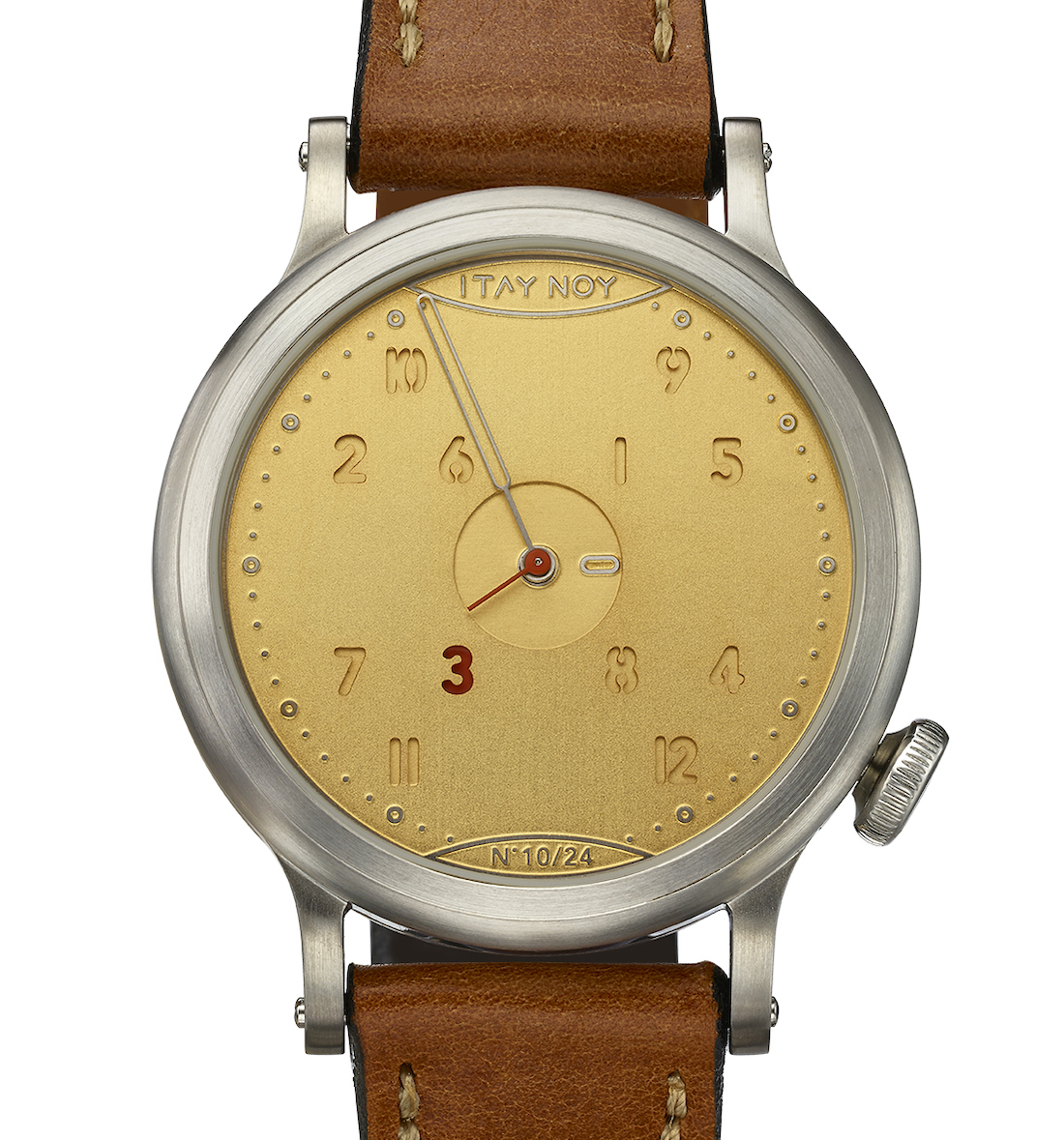 The movement inside the Reorder watches is Caliber IN.IP13. This is a mechanical hand-winding movement that is sourced from and made upon order by IsoProg. Like Itay Noy, IsoProg is a small independent movement-maker (though based in Switzerland). The movement is visible through the sapphire caseback and looks to be nicely finished with circular Côtes de Genève, graining on the wheels, and beveled bridges. Itay Noy then adds a special module of his own design to the movement to enable the quirky way of showing the hours. The beat rate is 3 Hz, and the power reserve is about 42 hours. 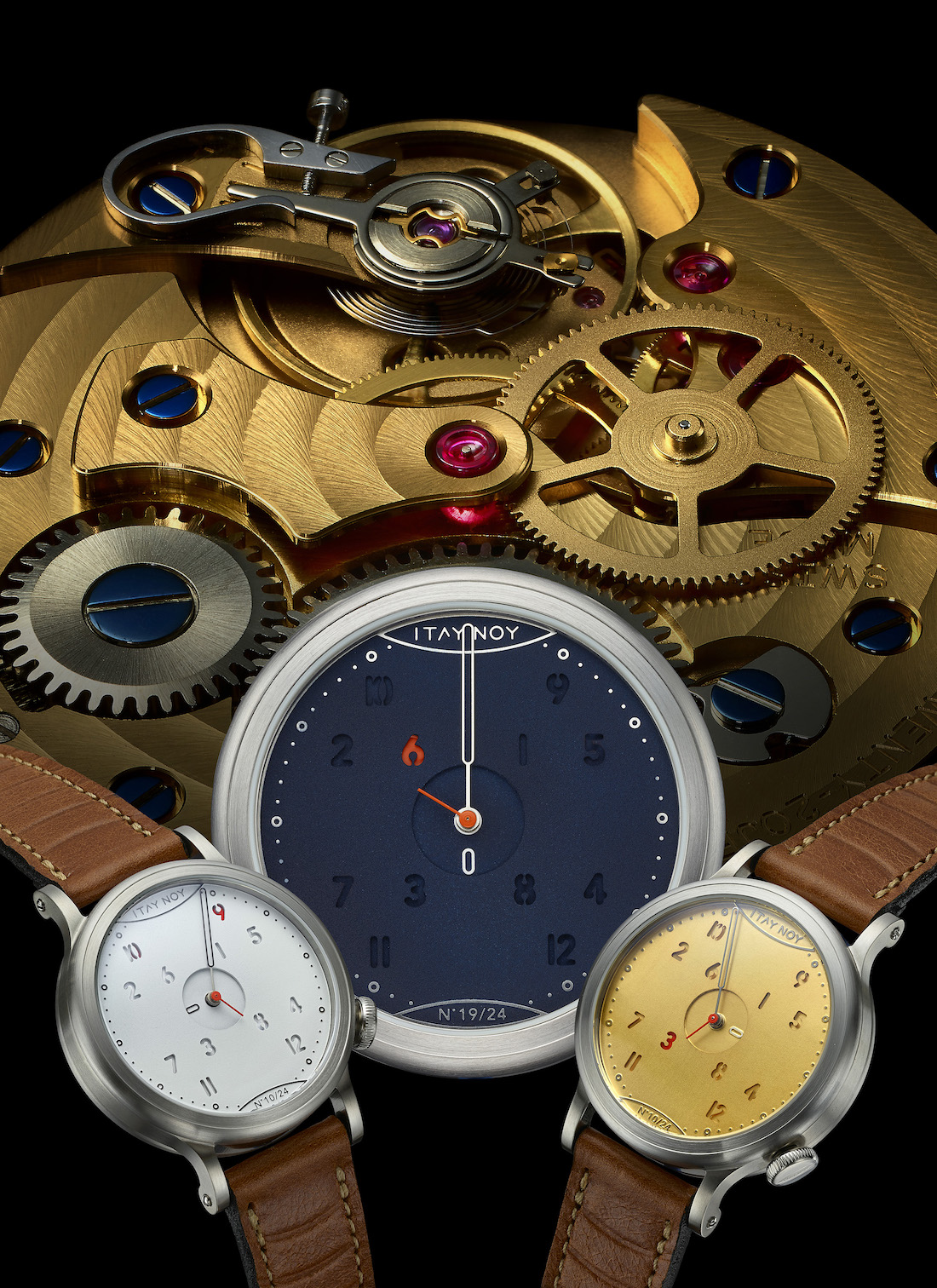 The Reorder watch is proof that creative independent watchmaking doesn’t have to come with eye-watering price tags. Of course, not everyone is going to be a fan of the Reorder’s unusual way of displaying the time — but it’s hard to argue against its inventiveness. The Itay Noy Reorder watch is priced at $6,800 and each variant is limited to just 24 pieces. For more information, visit itay-noy.com