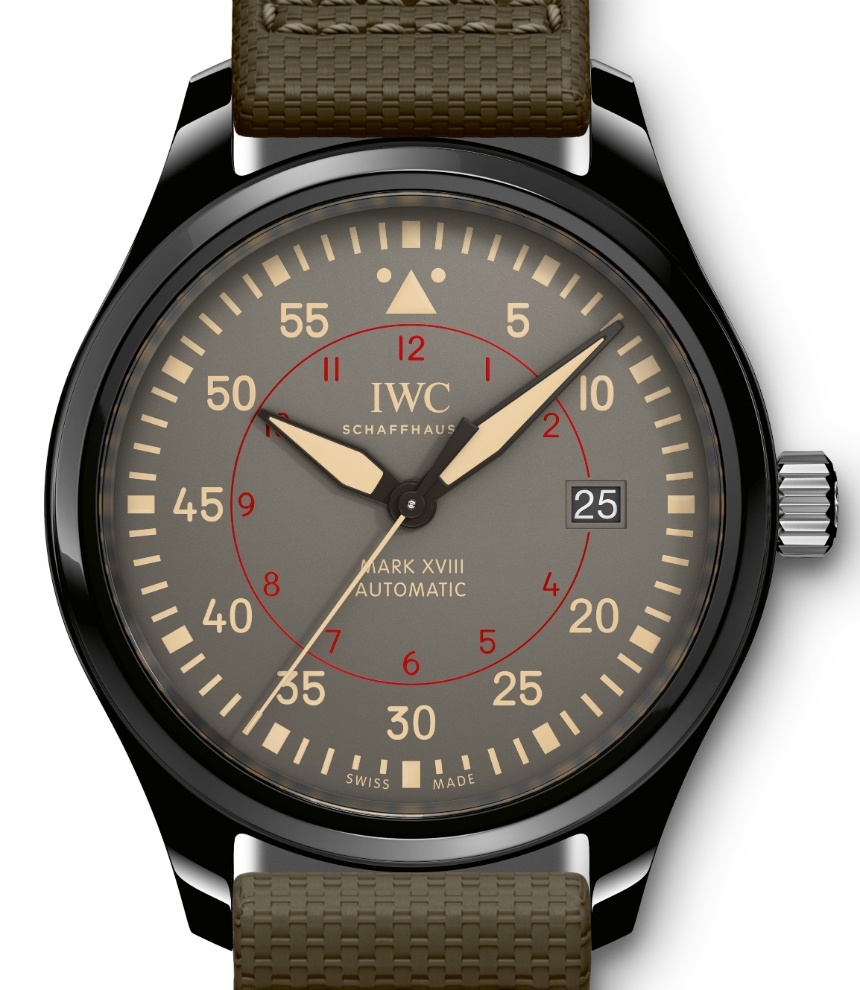 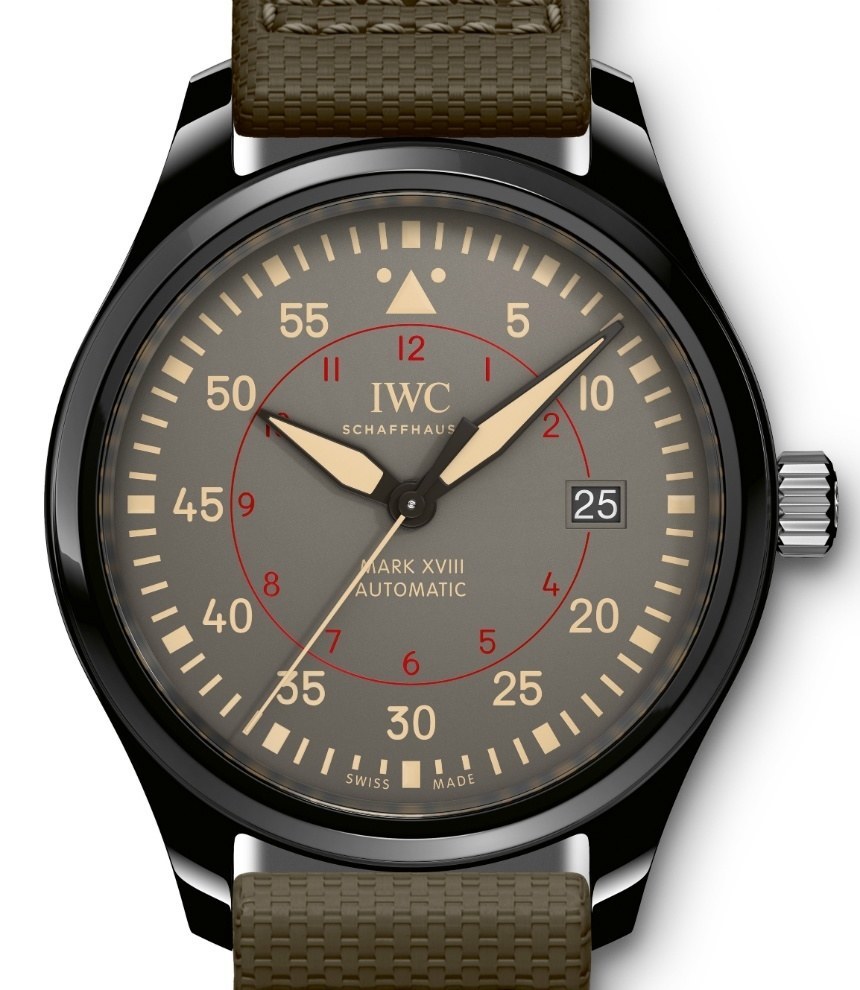 The IWC Miramar watch line is a fan favorite, named after the Naval Air Station where the TOPGUN pilots are trained. For SIHH 2016, the brand’s revamping of the Pilot Watch line also has brought some changes and a new watch to their Miramar line. And it’s definitely looking as if it’s for the better. We have the brand new IWC Pilot’s Watch Mark XVIII Top Gun Miramar and the refreshed IWC Pilot’s Watch Chronograph Top Gun Miramar. 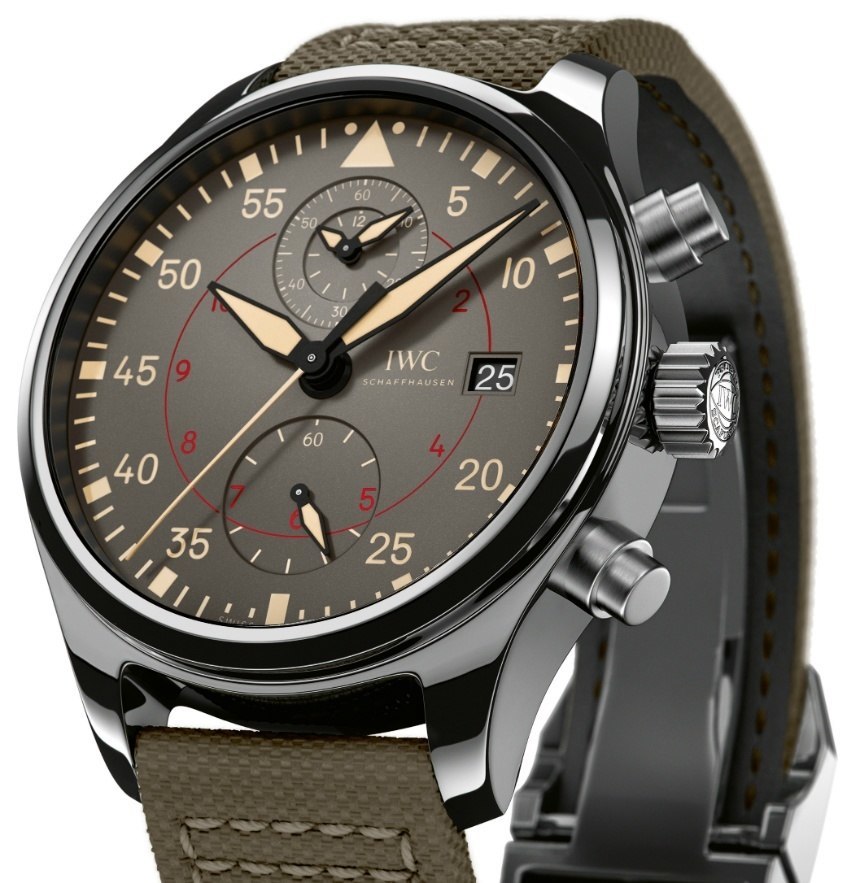 It’s been four years since the military-themed ceramic IWC Top Gun Miramar Chronograph took to the skies (more on that here), and in that time, some buyers have been muttering about a few grievances they have had with this otherwise generally liked lined. Namely, the altimeter-inspired triple date display and the “generous” sizing characteristic to the series. Fortunately, for 2016, the IWC Pilot’s Watch Top Gun Miramar has slimmed down to a 44mm case with a slick combined hour and minute totalizer at 12:00, and now uses a single-date window. As before, the chronograph is equipped with a titanium crown and pushers, along with IWC’s in-house manufactured 89361 calibre, with a flyback function and 68 hours of power reserve, which is fully shielded with a soft-iron inner cage for enhanced magnetic protection in the cockpit. 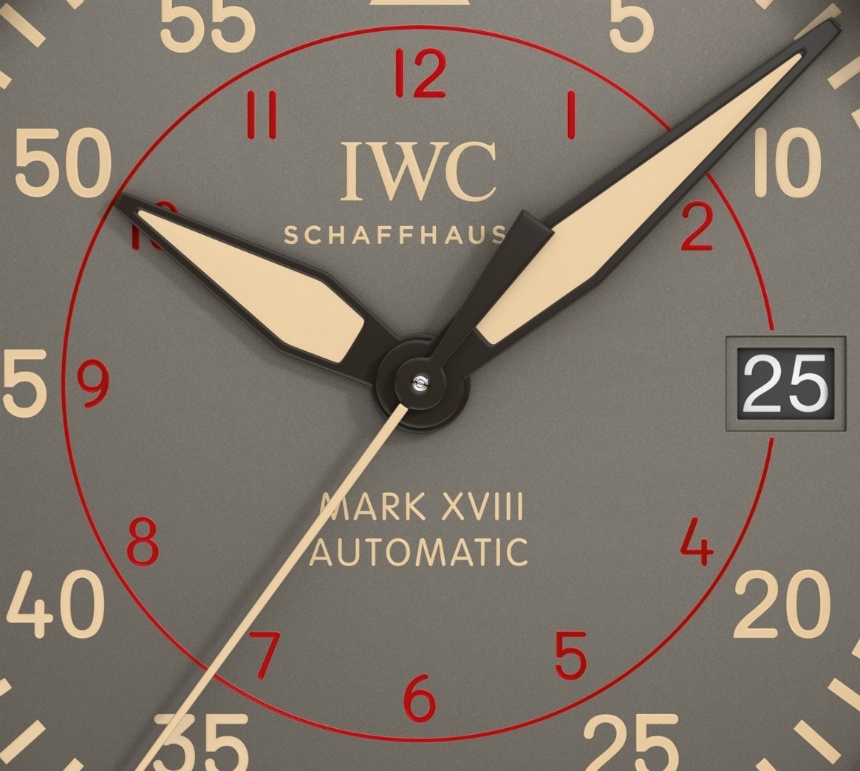 But perhaps more exciting about the 2016 Top Gun squadron is its newest recruit: the all-new IWC Pilot’s Watch Mark XVIII Top Gun Miramar, which pays homage to IWC’s Mark 11 from the 1940s with a classic observer “B-Uhr” style dial fitted to an all-new 41mm ceramic case. As IWC’s most entry-level ceramic offering, the Mark XVIII is fitted with many of the same features as its big brother, including the same titanium crown, 6-bar water resistance and soft-iron cage for anti-magnetic protection. It’s powered by IWC’s 30110-calibre movement, which is a subtly modified ETA 2892 with a 42-hour power reserve. 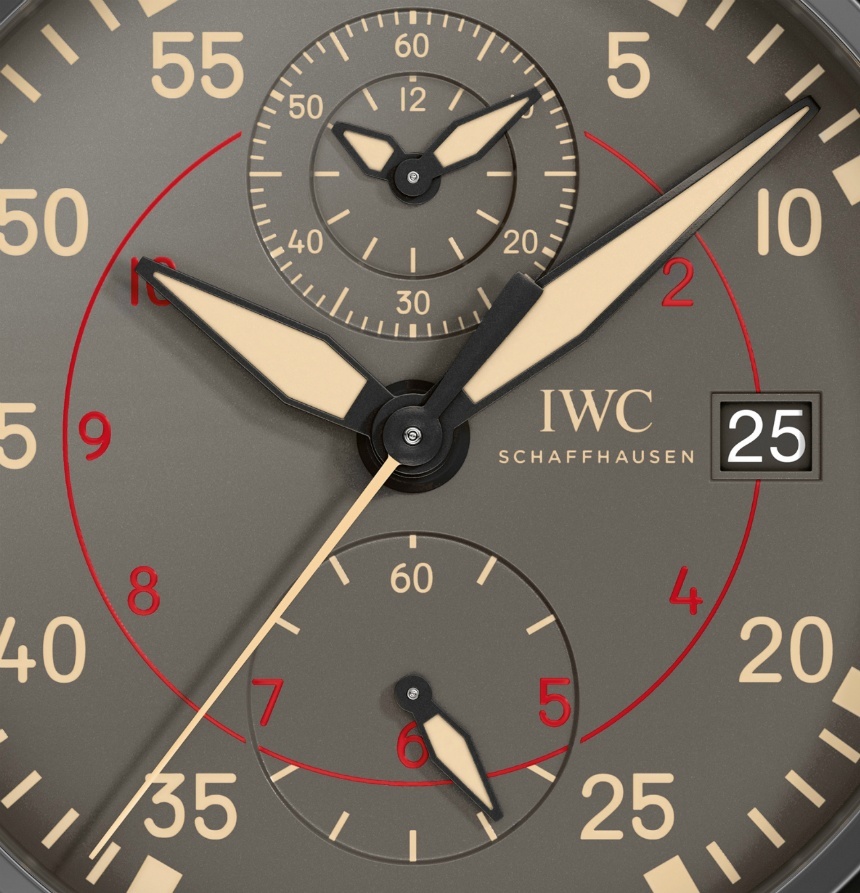