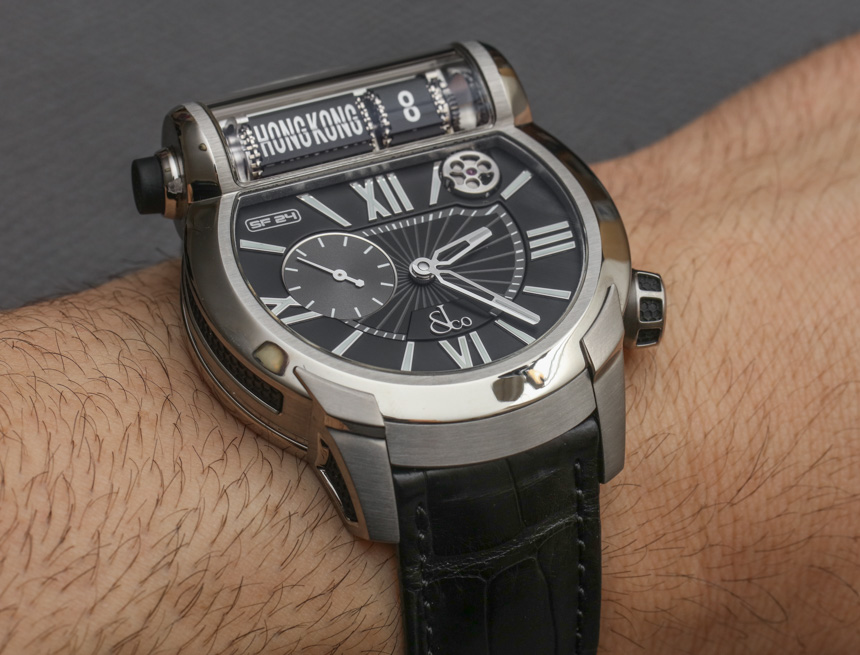 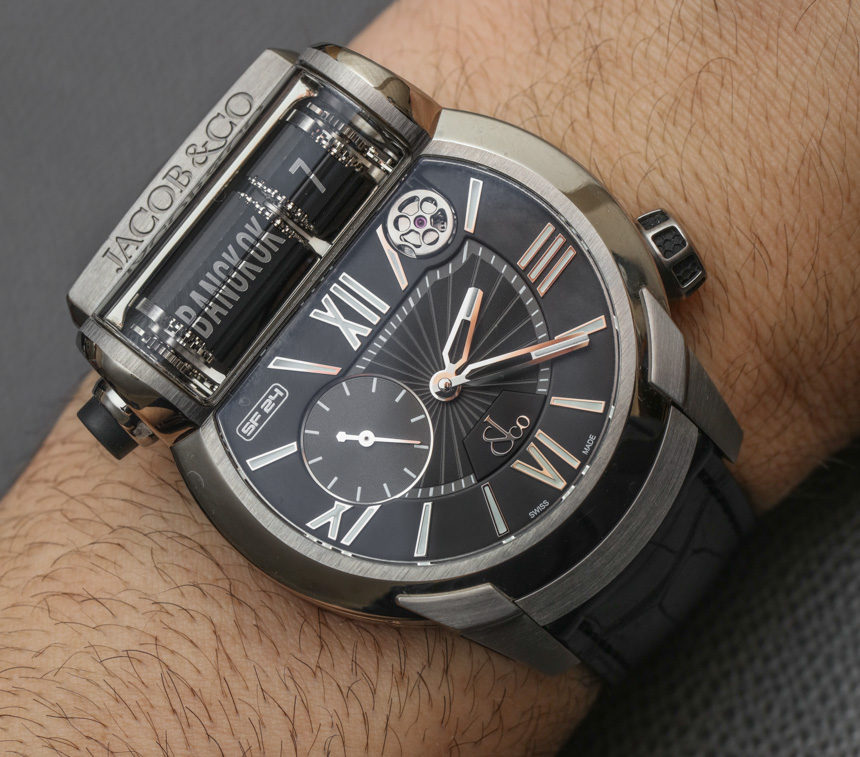 Jacob & Co.’s unofficial mandate is to continually impress and surprise its core base of customers. Targeting members of the ultra elite, the people who tend to buy Jacob & Co. watches aren’t looking for sheer value or refined brand prestige. What the people who buy Jacob & Co. watches want is novelty and originality. Thus, as Mr. Jacob Arabo’s enduring mission is to satisfy his customers, his challenge is to keep things fresh, keep things interesting, and in many cases keep things complicated. 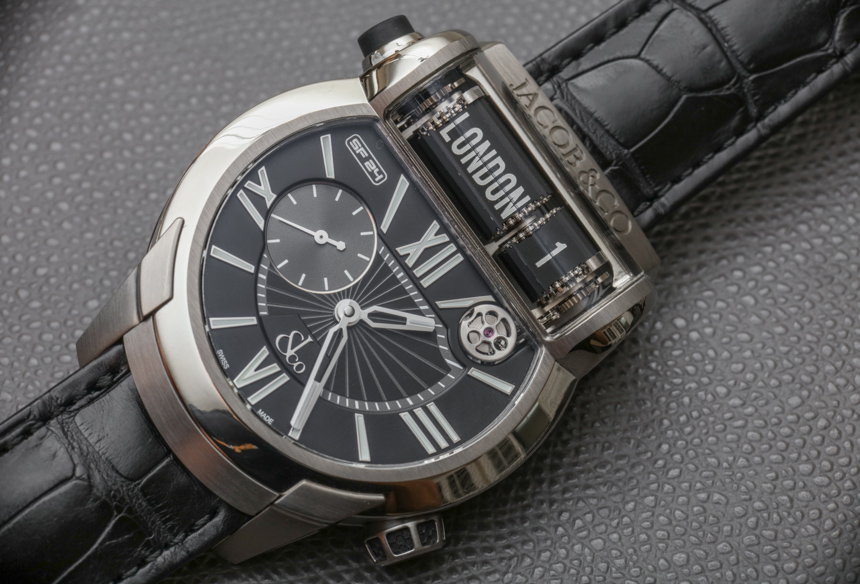 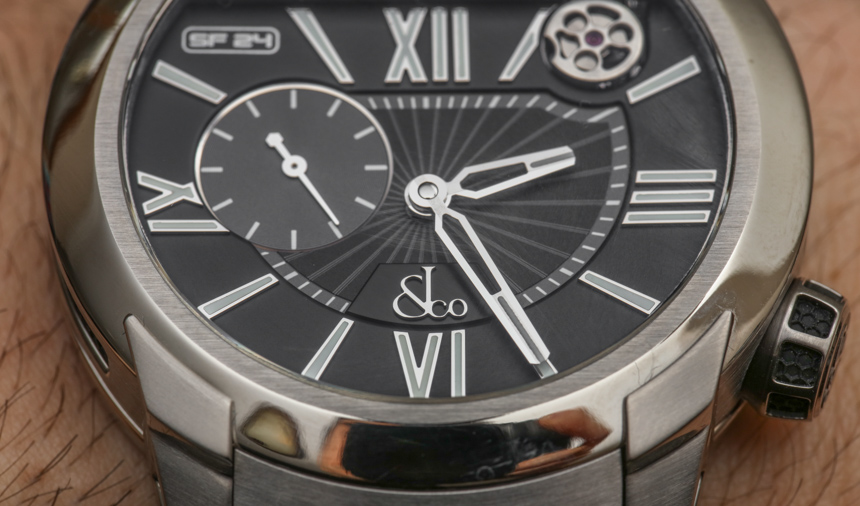 In titanium sans and precious stones, this is about as bare-bones as a Jacob & Co. “complicated” watch gets. What’s complicated about it? Well, the entire concept of the Jacob & Co. Epic SF 24 watch is simple, and that is to adapt the notion of a “split flat” (where the “SF” part of the name comes from) system as the world time indicator. The interesting world time indicator system of course needed to be integrated into an otherwise traditional watch, so here the designer sort of attached the cylindrical-shaped split flat system on the top part of the case. 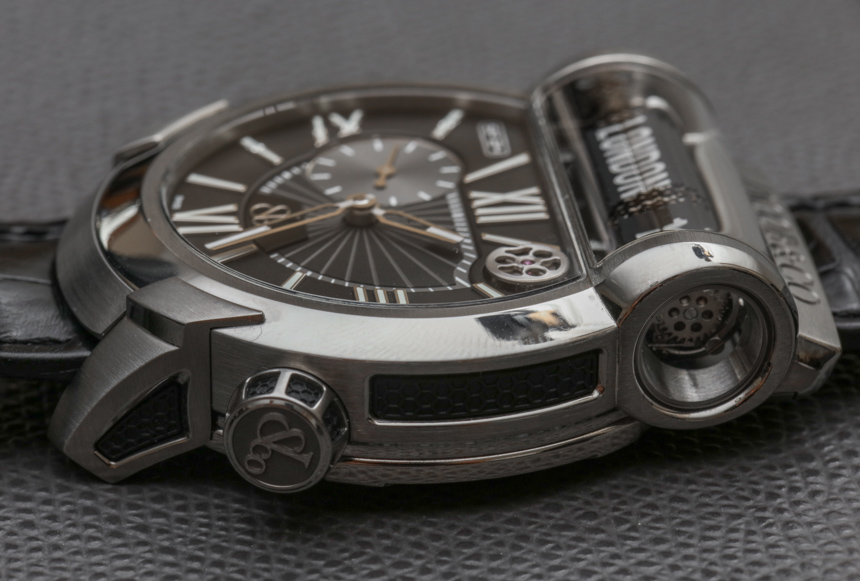 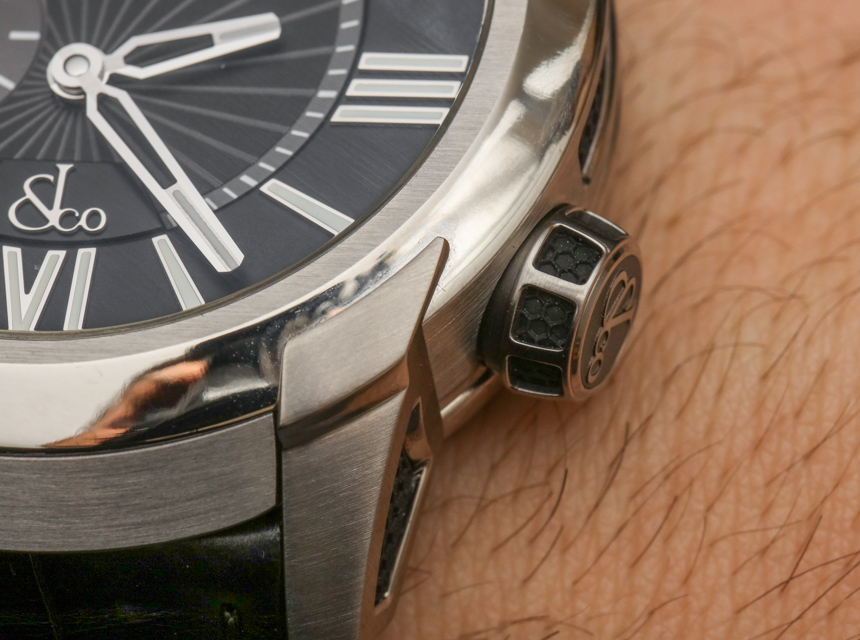 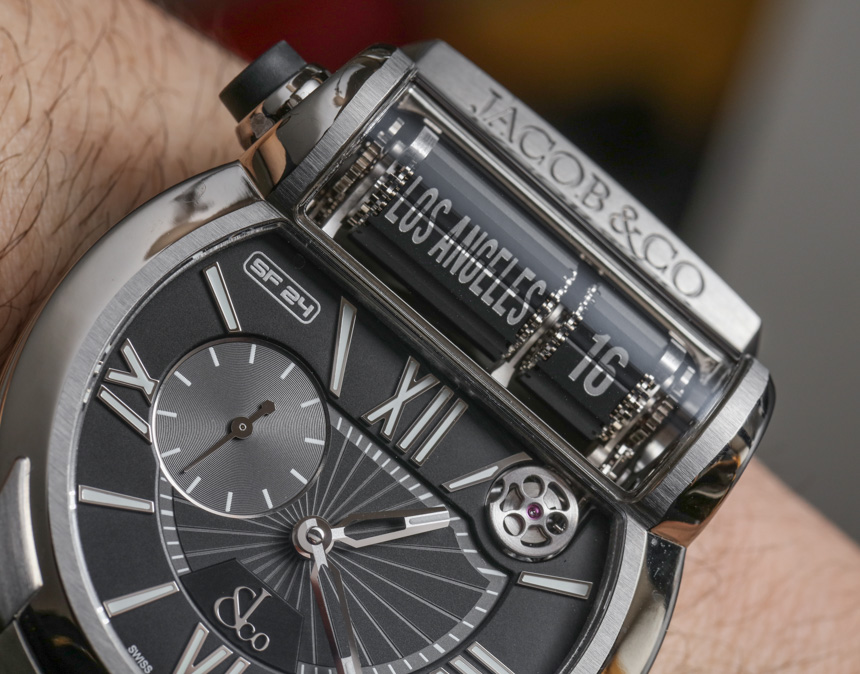 The marriage of a round case with the attached region for the world time indicator works, but it isn’t what anyone might refer to as the peak of elegance. There is a handsome functional sense to the logic in how the watch works, and its overall utility and legibility. It earns praise there, but I wouldn’t call the Jacob & Co. Epic SF 24 a conventionally attractive luxury watch. 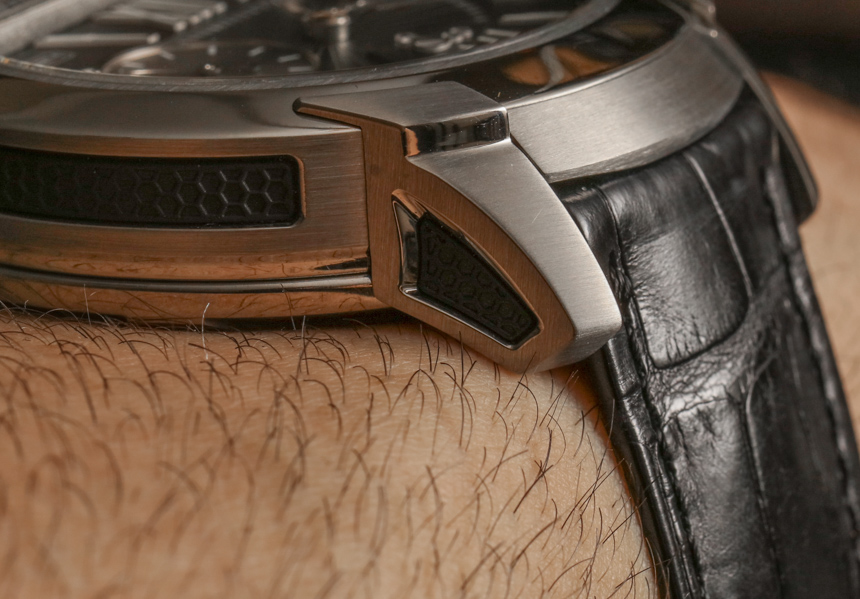 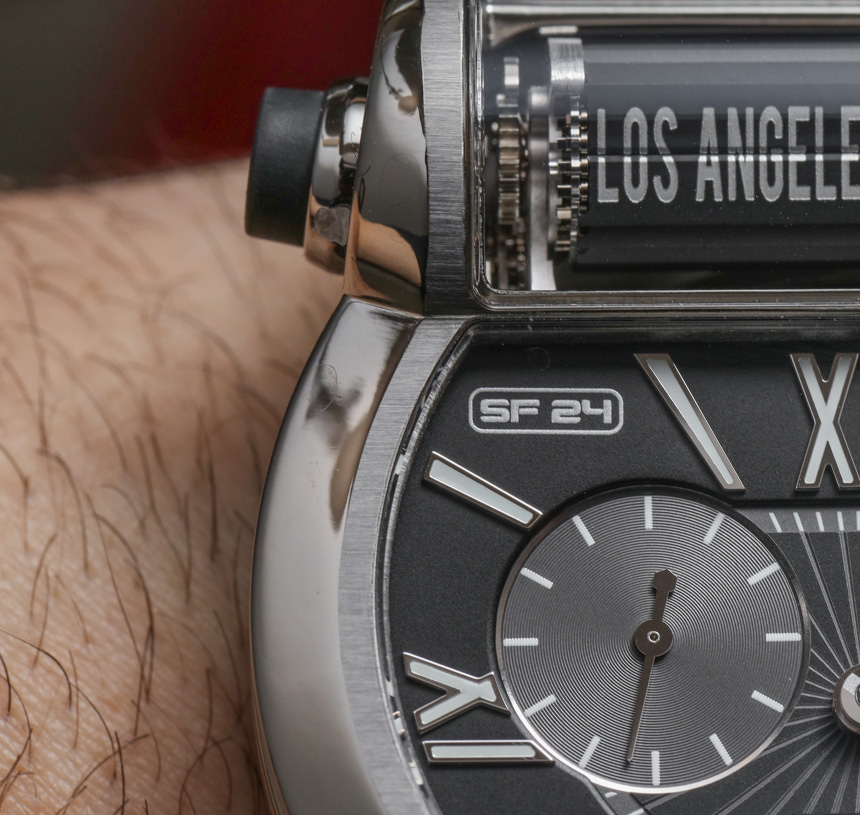 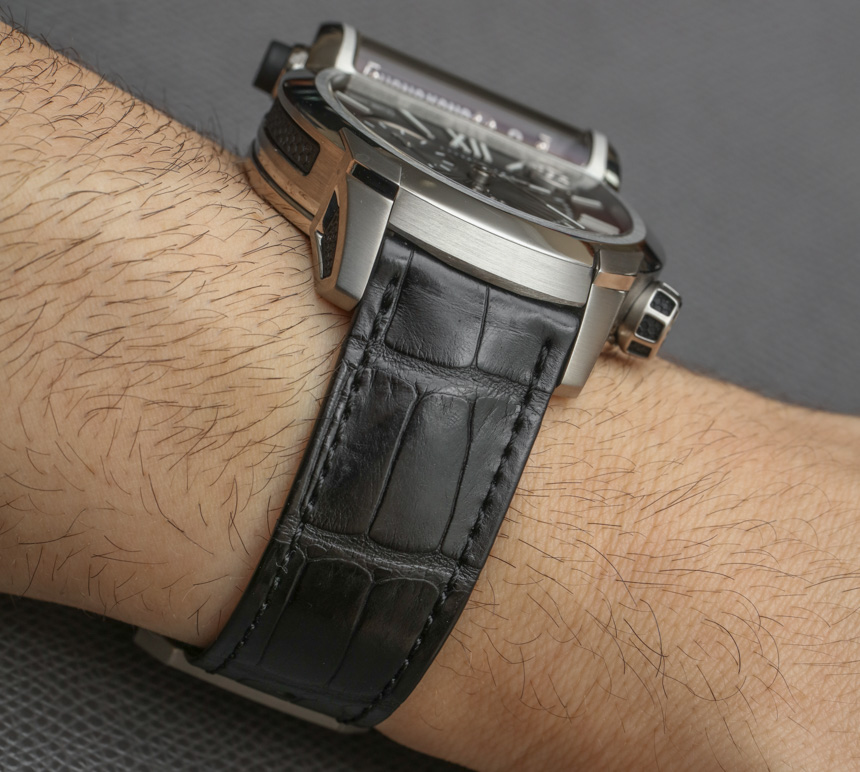 It is, however, remarkably comfortable. Put the Jacob & Co. Epic SF 24 on your wrist and you can hardly believe how comfortably it fits. I’ve actually experienced this with a number of Jacob & Co. watches  – many of which seem to have totally weird cases. The brand does seem to put a lot of effort in to wearing comfort. It might not be a universal rule, but in the context of strange watch cases, more feel comfortable on the wrist from Jacob & Co. than I find is the case with odd watch cases from many other brands. 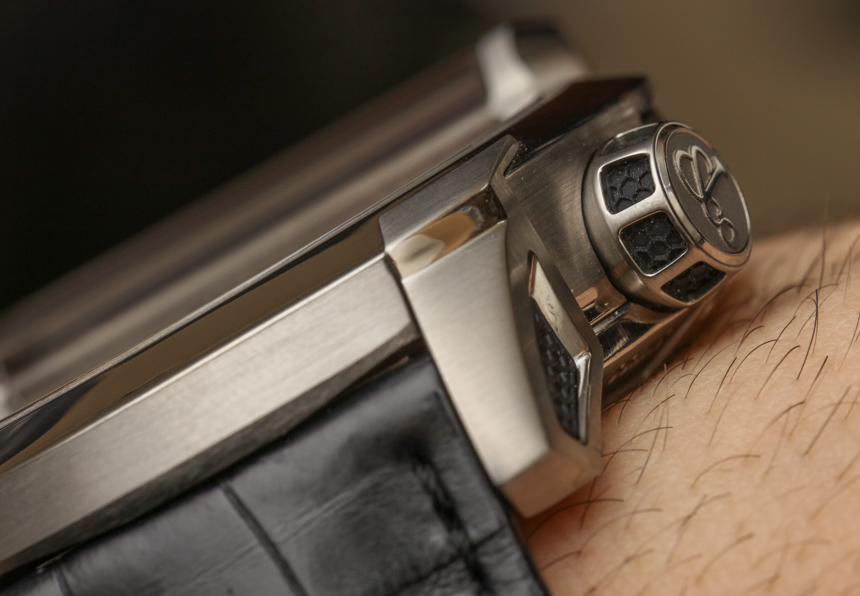 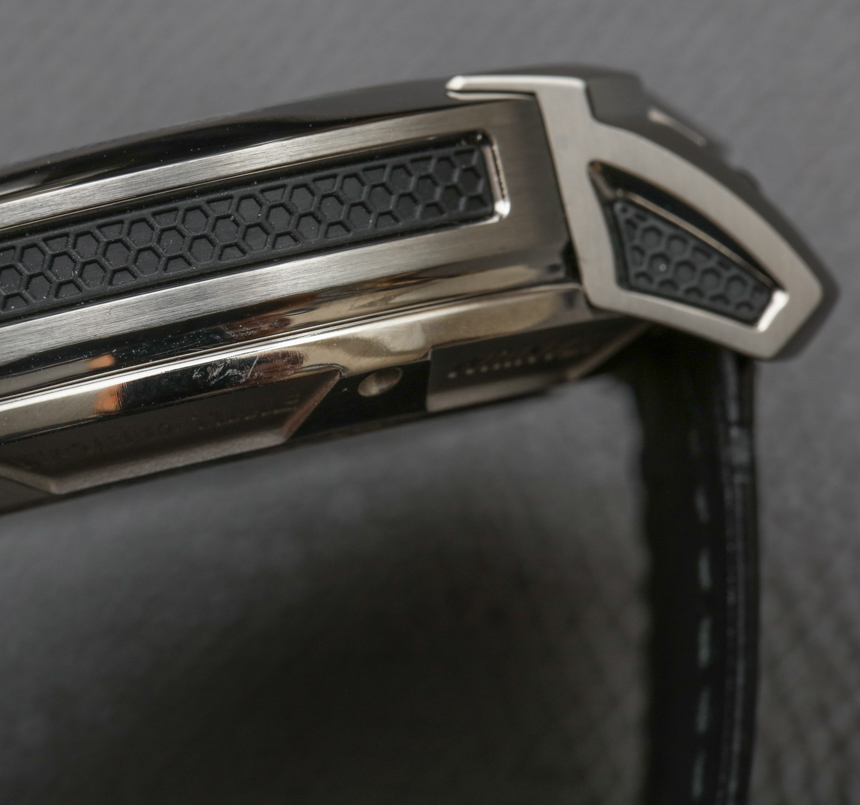 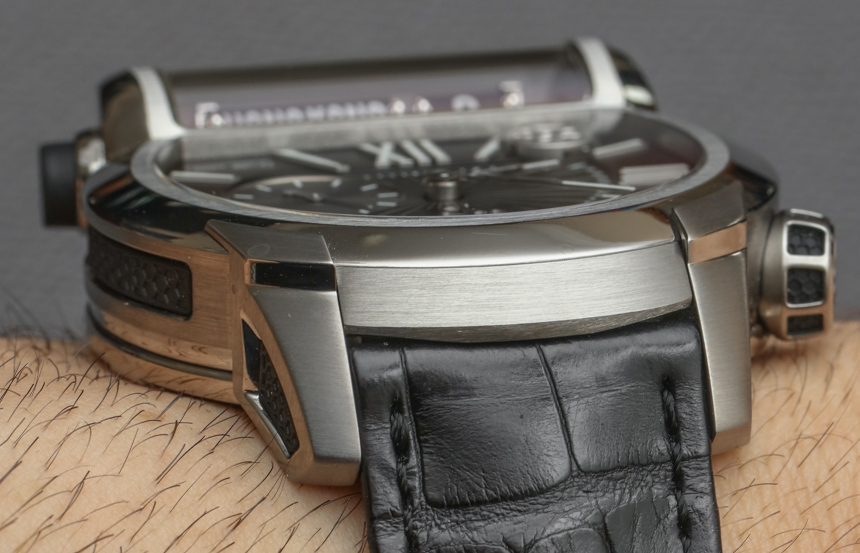 At 45mm wide (water resistant to 30 meters), the Jacob & Co. Epic SF 24 case has a nice solid feel to it along with the customary low weight that comes from its titanium construction. Much of the case is also made from pieces of AR-coated sapphire crystal, as well as inset rubber along the sides of the case, in the crown, and for the world time indicator adjuster button. Most of the case is just 13.65mm thick, but the case has its maximum thickness of 16.7mm thick where the world time capsule is. 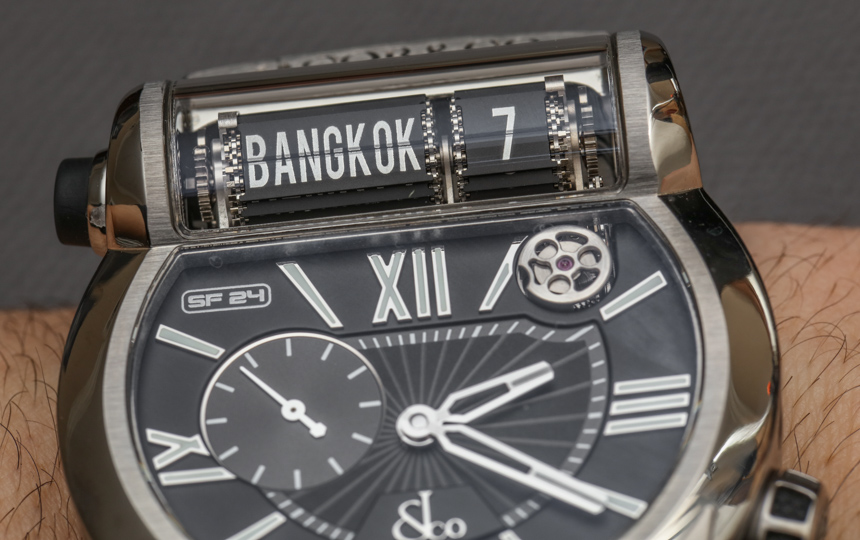 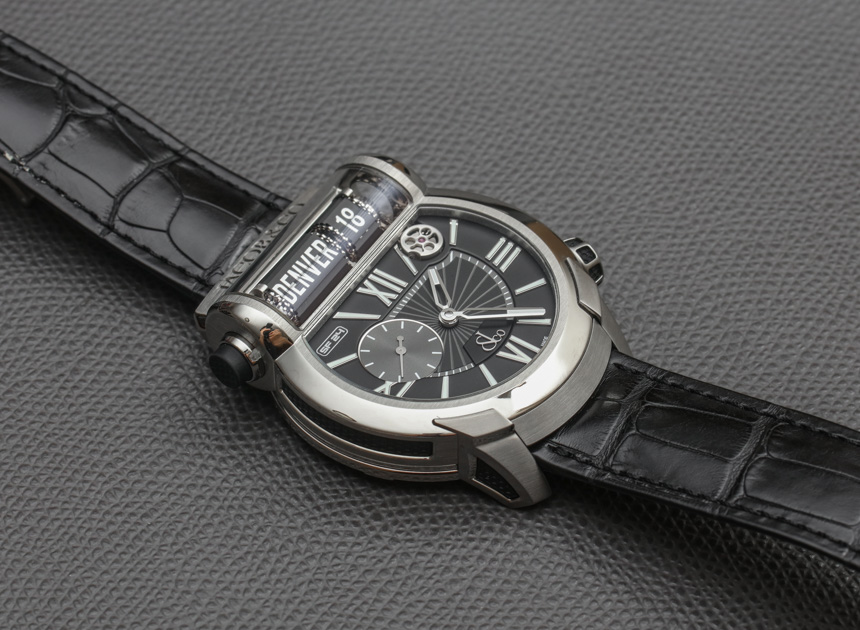 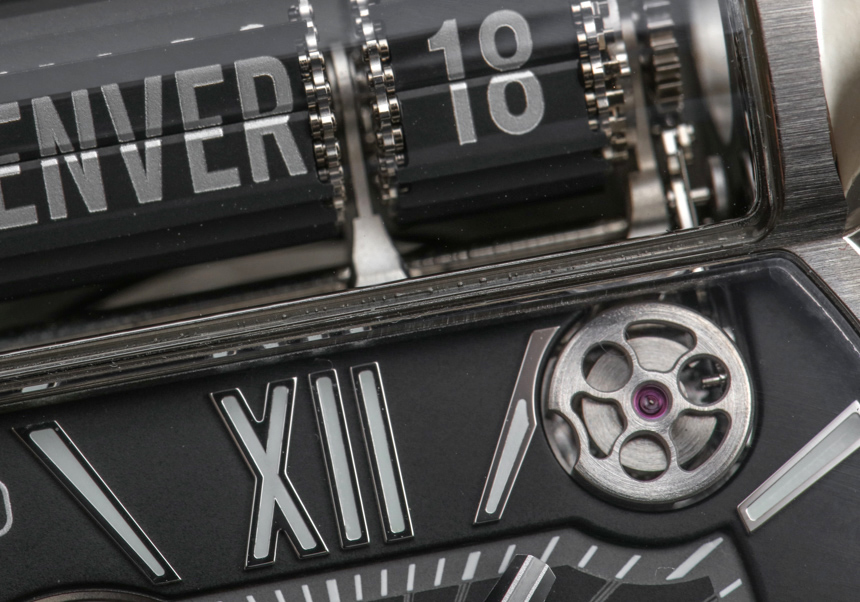 Split flap information display systems are uniquely appropriate because they, like mechanical watches, are a vestige from before the electronic screen displays and were often found in places such as airports and train stations. A series of flaps rotate in a circle like an old Rolodex to indicate various information. This is adopted to a world time indicator where the flaps indicate a reference city as well as a time in 24-hour format to the right of the reference city. 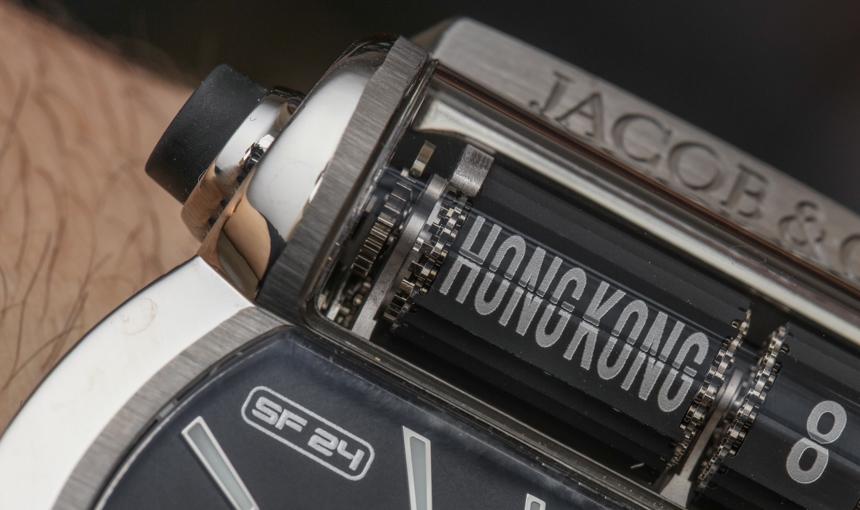 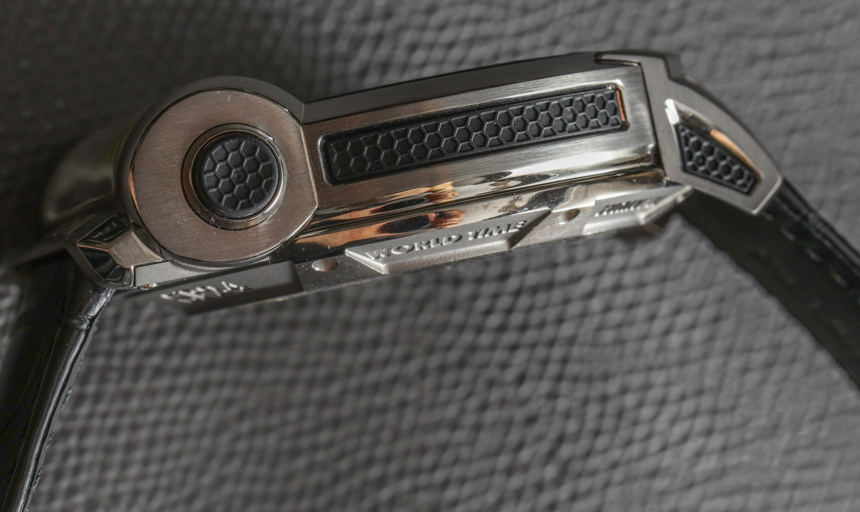 To set up the world time system, as with similar watches, the user needs to synchronize the watch to their local time, and then adjust properly. A push on the button to the left of the split flap system advances the reference time zone ahead one hour. I do hope Jacob & Co, designs the split flap world timer system to be very durable because who ever wears this watch is going to be constantly playing with this complication.