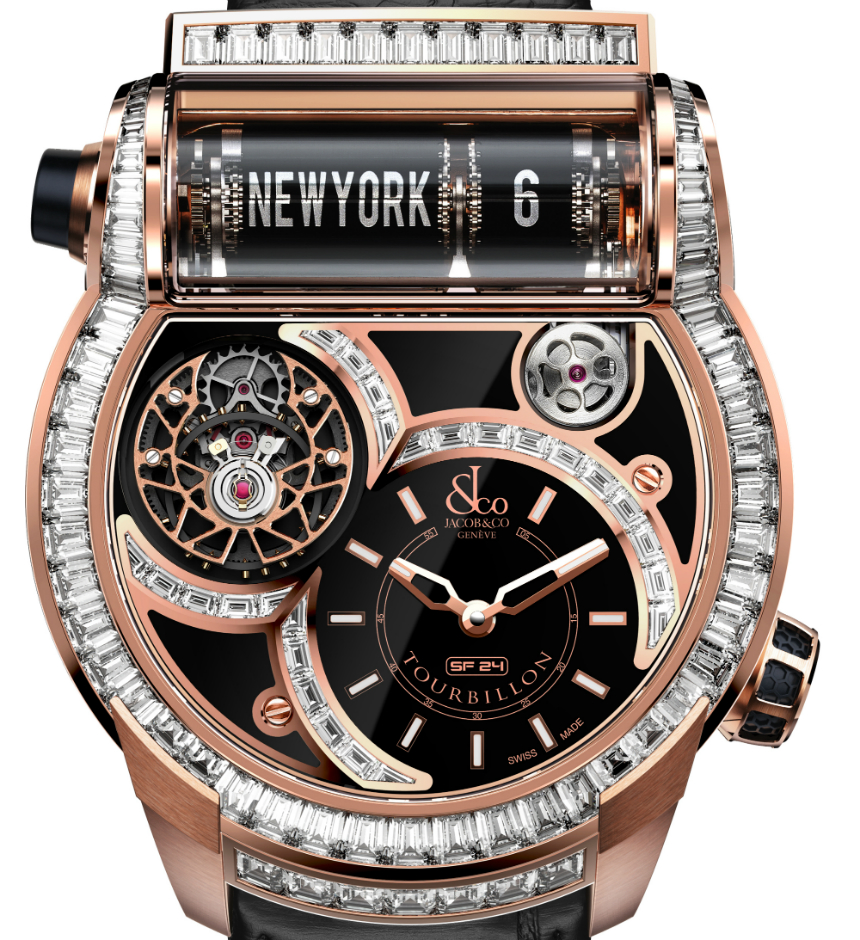 No matter your opinion on Jacob & Co., everyone can agree the brand is never boring. At Baselword 2013, Jacob & Co. raised eyebrows by releasing its Epic SF24 travel timer watch. A unique watch, to say the very least, it displayed the local time via a typical dial and time in a separate timezone at 12 o’clock using a special retro-style flip clock display like we might see used at airports. Now, three years on, we see the new Jacob & Co. SF24 Flying Tourbillon watch, as well as a diamond version. 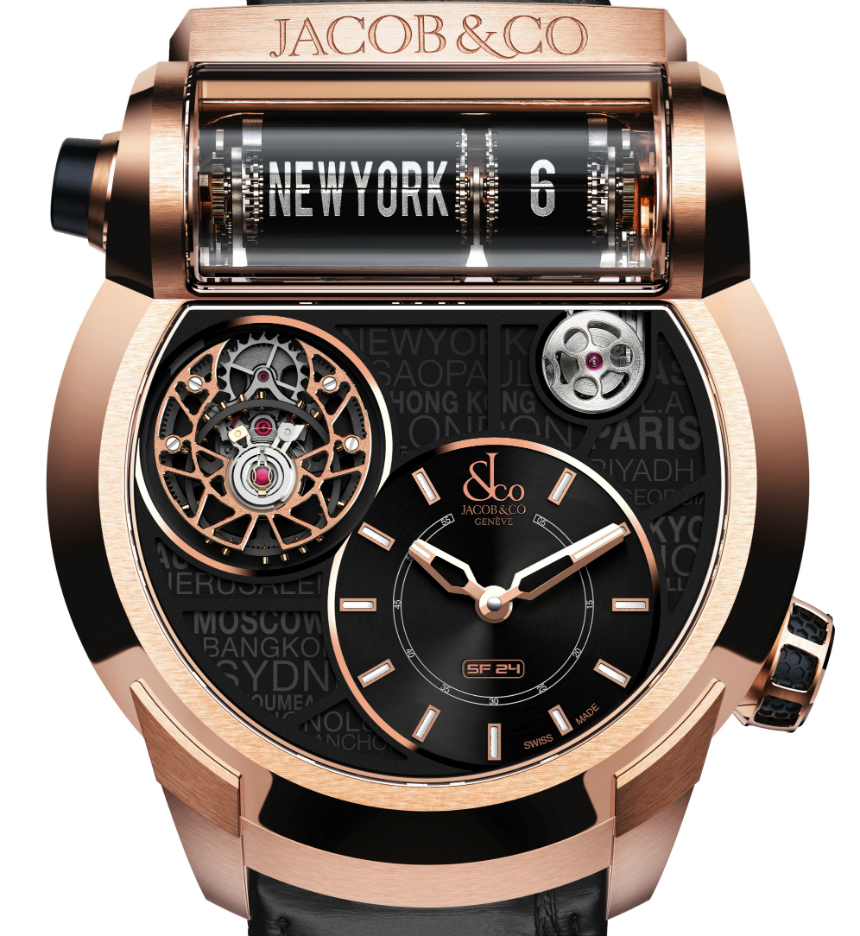 Side note: there are also new Jacob & Co. Epic SF24 Racing watches which are identical to the original Jacob & Co. Epic SF24 from three years ago, but differ in that they are offered in a range of red, green, and blue racing colors. The inner bezel, indexes, and case’s rubber inserts are all colored, which adds even more visual pizzazz to an already very interesting watch.

However, the star of this year’s new releases has got to be the Jacob & Co. Epic SF24 Flying Tourbillon watch. As its name suggest, the watch has a flying tourbillon and it’s located at 10 o’clock, adjacent to the main dial that displays the local time. At 12 o’clock is the second timezone display using what Jacob & Co. calls a Split Flip display. A press on the pusher on the side will allow owners to scroll through all 24 major timezones and marvel at the display as it flips in a way that is reminiscent of the flip board used at many airports around the world. 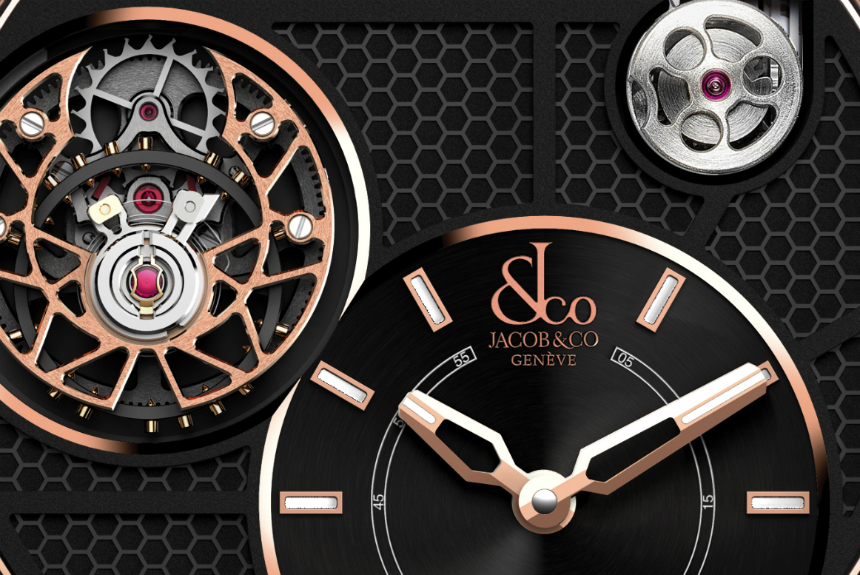 The watch is powered by the Jacob & Co. caliber JCCAA03 which consists of 528 components. The tourbillon assembly consists of 68 components, while the unique second time zone display consists of 163 components. The balance beats at 28,800 beats per hour, and the movement provides a healthy 48 hours of power reserve. And as expected, the movement is decorated with all the haute horology finishings that one has come to expect from Jacob & Co. including chamfered bridges, polished jewel sinks and sand-blasted finishing. 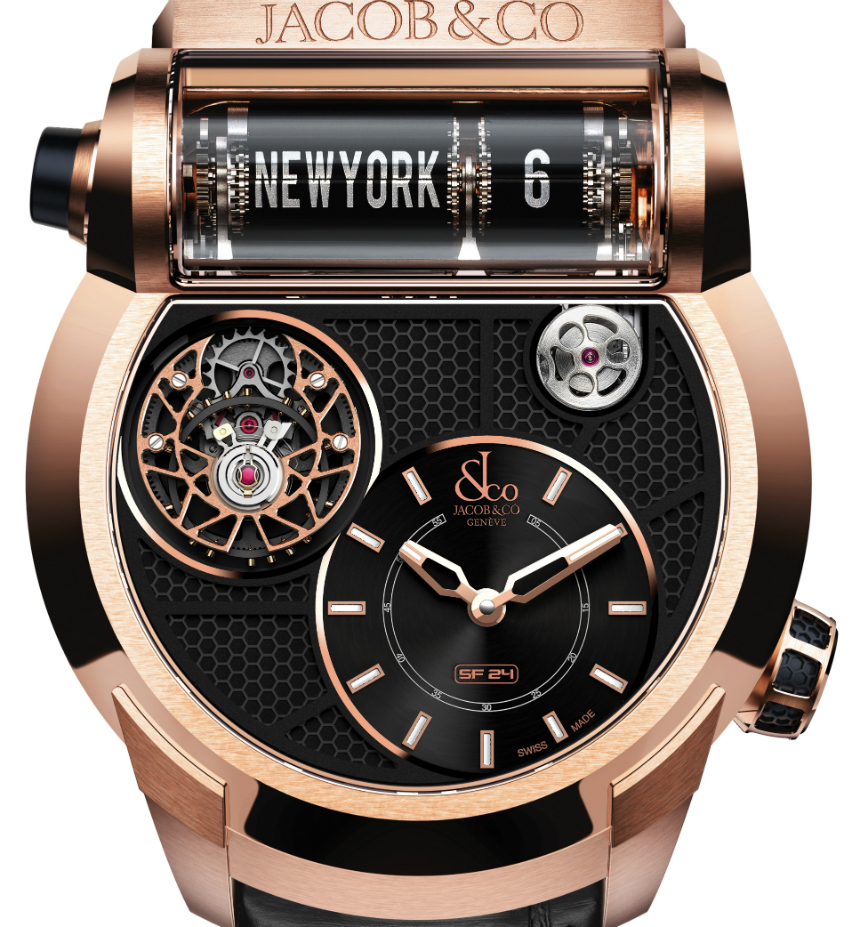 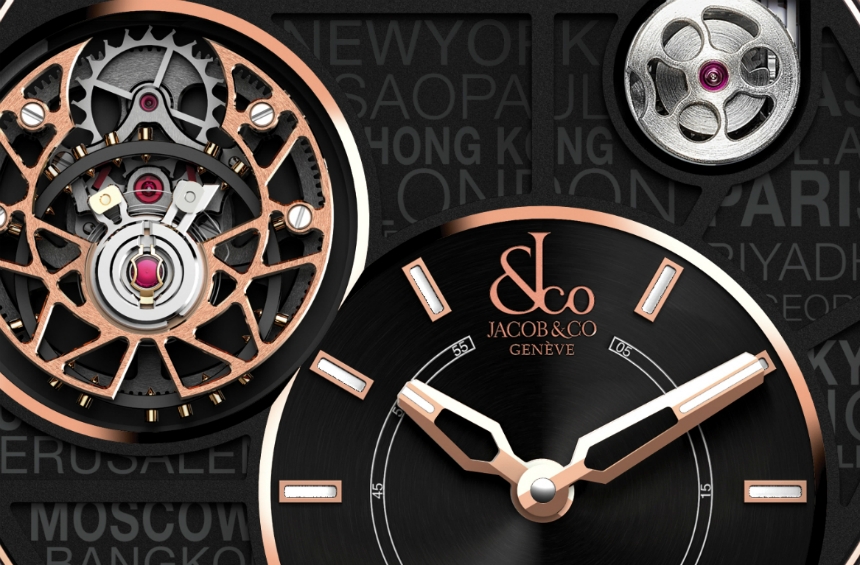