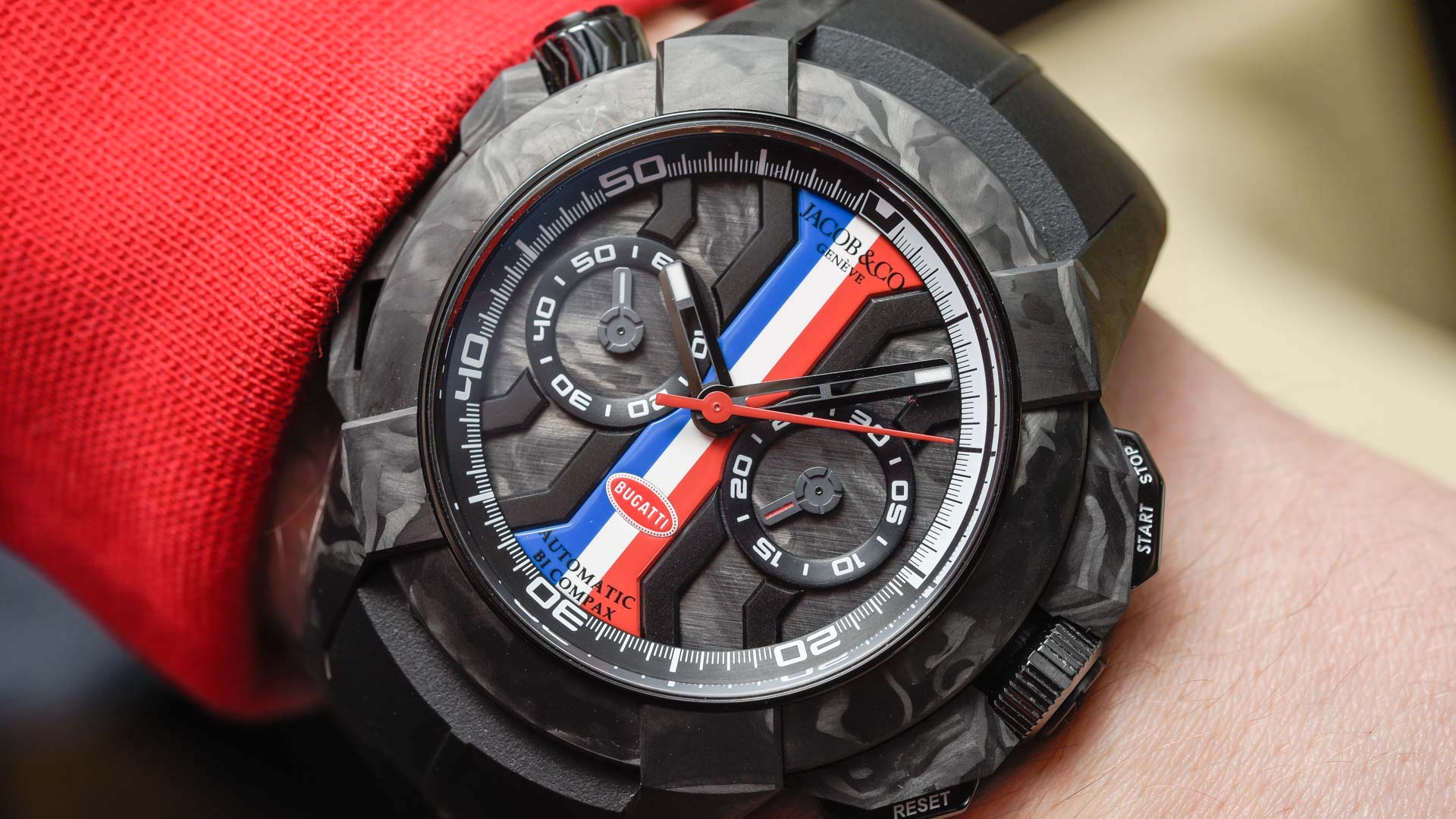 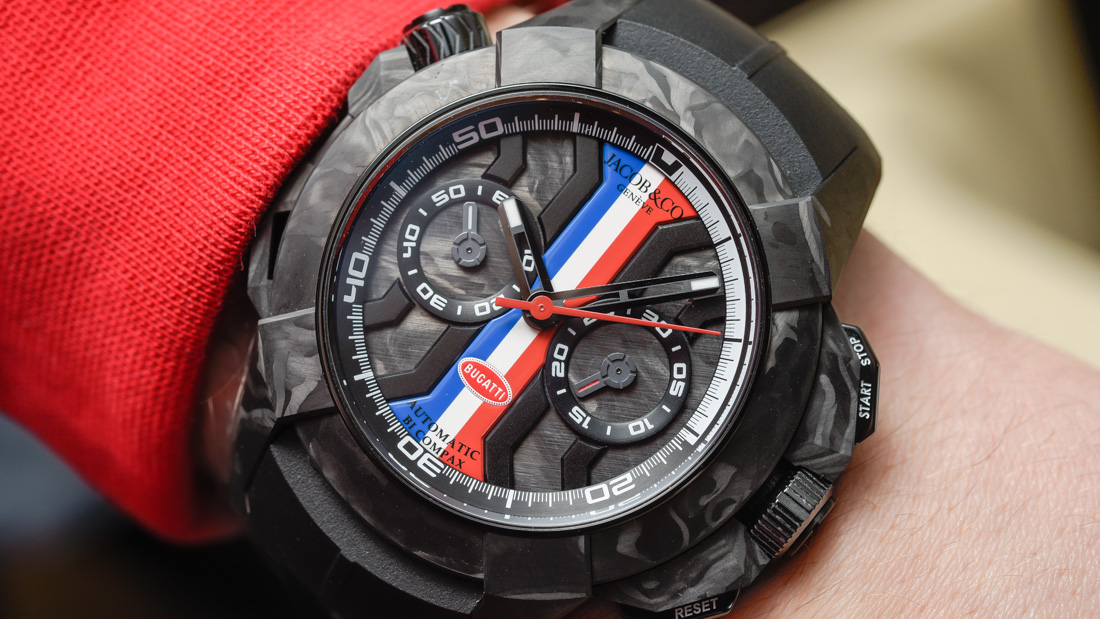 Parked in front of the booth for watch- and jewelry-maker Jacob & Co. at Baselworld 2019 was a sleek, black Bugatti supercar. Bugatti is one of the most powerful names (and engines) in the automotive world, as well as one of the most exclusive. The German-owned, Italian car maker was previously associated with watchmaker Parmigiani, but this year we see them developing a relationship with Jacob & Co. In a lot of ways, that makes sense. A member of the aBlogtoWatch team casually noted that “Bugatti is about making a loud, flashy statement; Jacob & Co. is about making a loud, flashy statement. These brands reach the same audience.” I agree.

Parmigiani’s take on a Bugatti-themed timepiece was often more technical, or at least traditional, in visual style. Jacob & Co. has a bit more of an aggressive, muscular look when it comes to design and presentation. If you are looking for something as technical as (or more technical than) what Parmigiani was doing, then check out the Jacob & Co. Twin Turbo Furious Bugatti. What I don’t know is if Bugatti and Parmigiani have ended their relationship, or if Jacob & Co. is simply a new licensing partner of the Bugatti name. I’m not really sure it matters to end consumers. Today, I look at the Jacob & Co. Epic X Chrono Bugatti Limited-Edition that can serve as a daily wear. 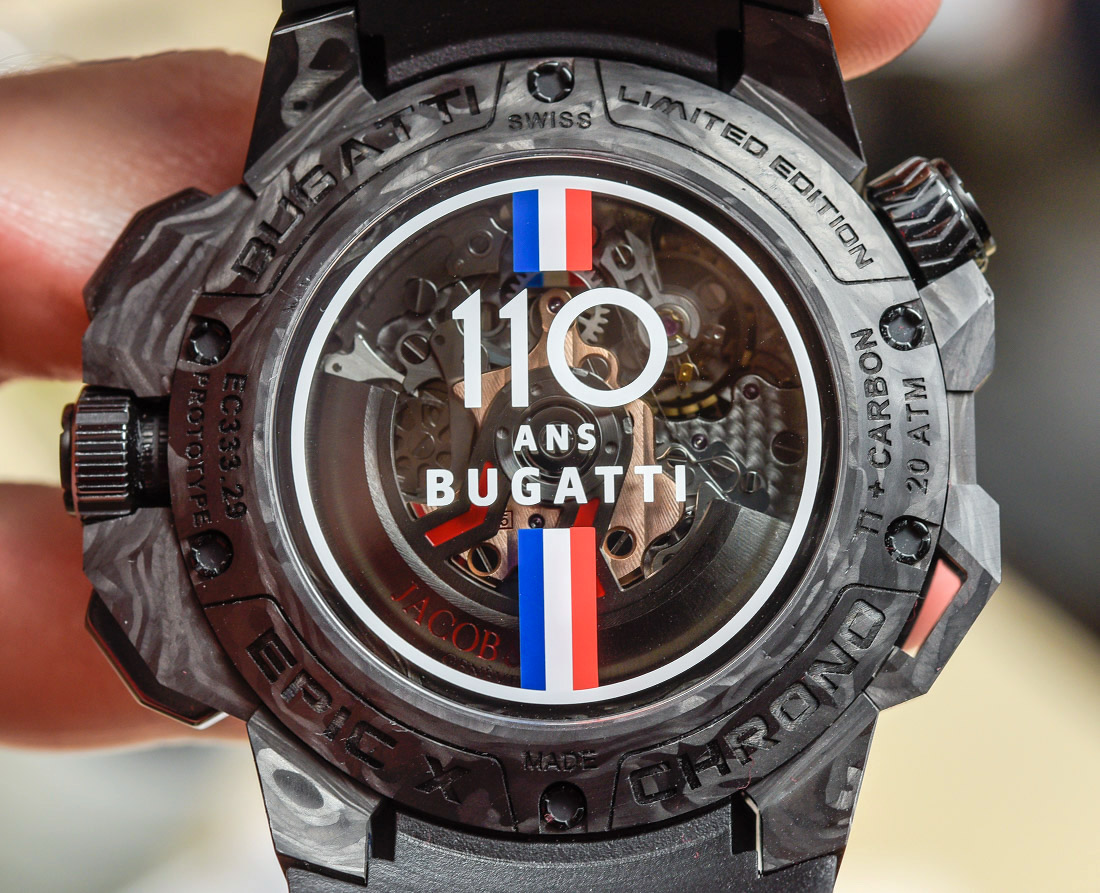 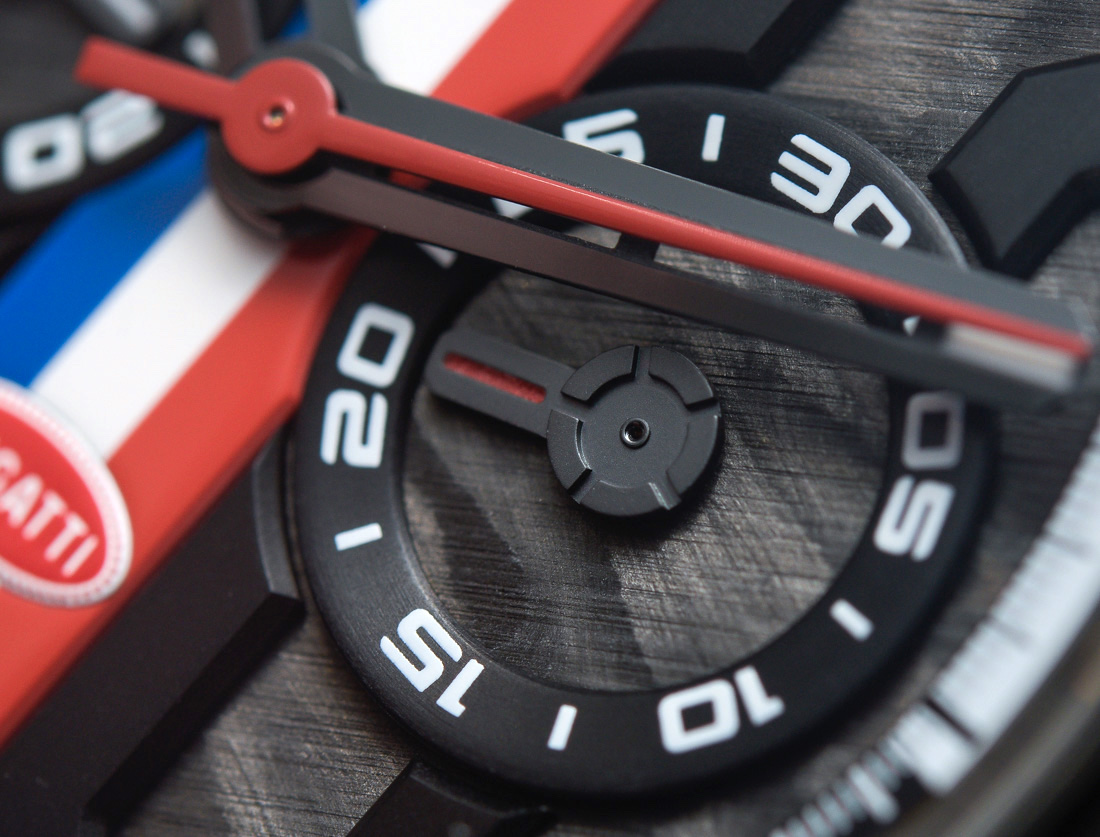 Given the co-branding on the dial that includes both the Jacob & Co. and Bugatti names, I think it is safe to say that, rather than making a design statement, Jacob & Co. is specifically producing a watch meant to appeal to existing (or aspirational) Bugatti owners. It has been well established that people who purchase very exclusive automobiles like having a reminder of that fact in places where they cannot take that automobile (such as indoors). A very simple purpose that a Jacob & Co. Epic X Chrono Bugatti watch serves is as a wearable totem on the wrist of people who own a Bugatti automobile. It also helps celebrate the 110th anniversary of the iconic name in racing and mega-automobiles.

The Epic X Chrono is an interesting collection from Jacob & Co. that is close to what an entry-level Jacob & Co. watch costs. For this special Bugatti version, Jacob & Co. created a neat-looking black forged carbon (very lightweight) and dark-colored DLC-coated titanium case. The middle of the “X style” dial is red, white, and blue which are, for the purposes of this watch, Bugatti’s colors. The Bugatti logo is normally just red and white, but in some contexts the red and white (with black) logo sits against a blue background. Otherwise, you can simply see this dial as being a horological manifestation of the French flag. 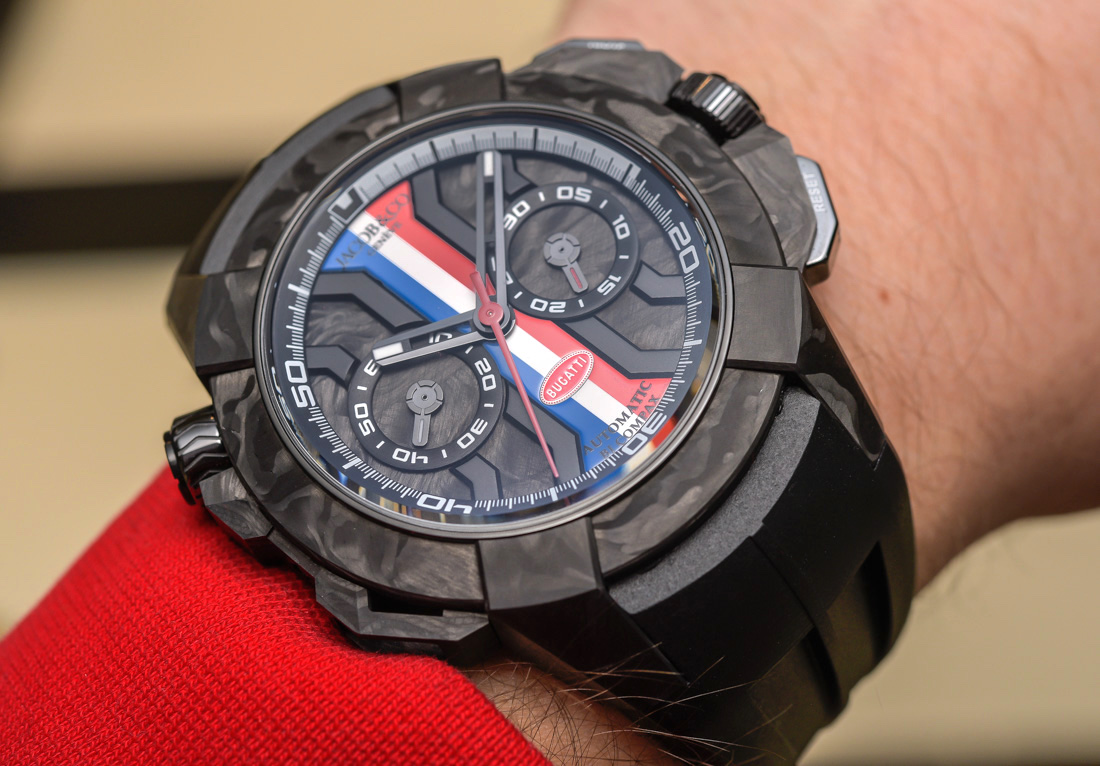 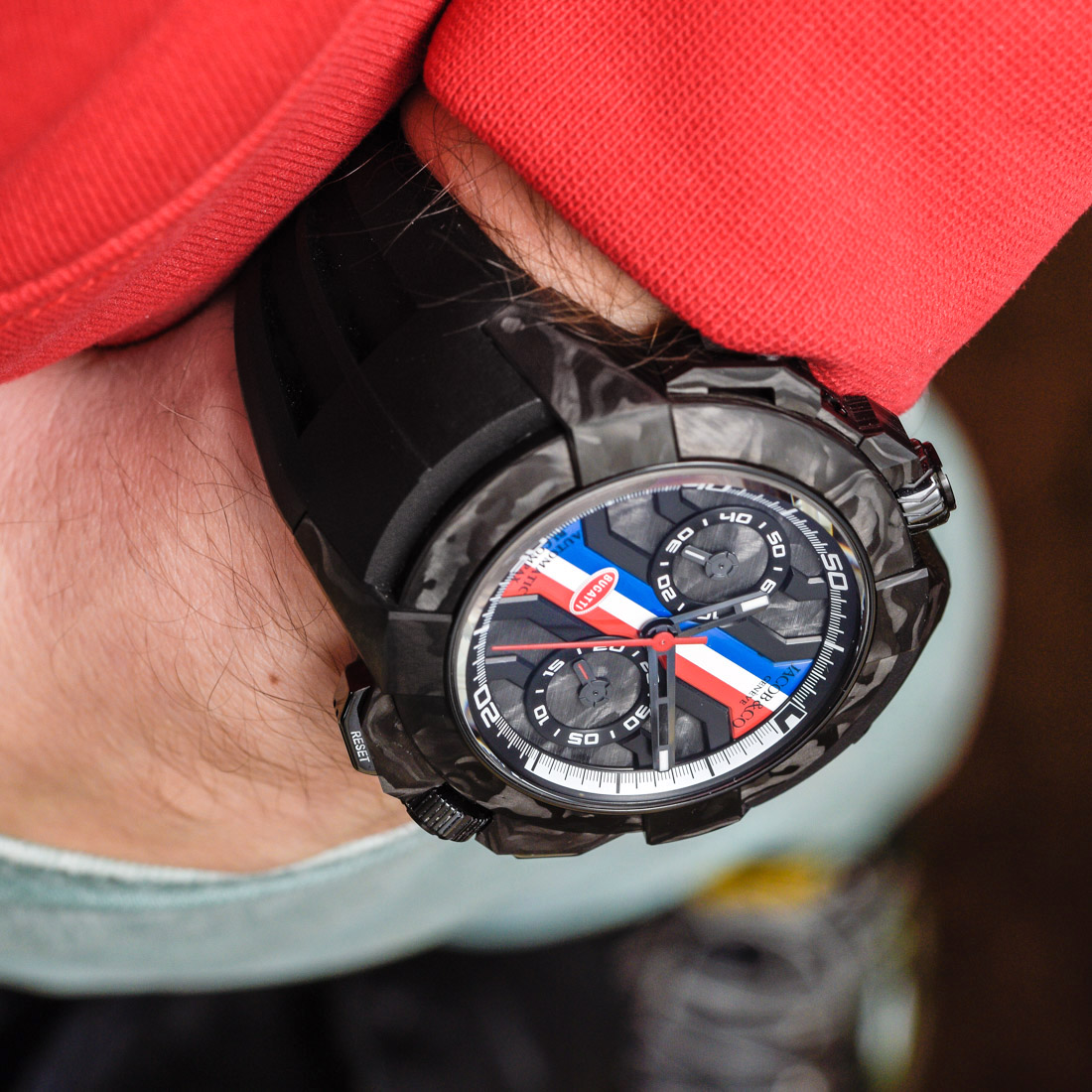 Jacob & Co. wants the Epic X collection to have a distinctive appeal so that, when people see it, they say “That is a Jacob & Co. product.” Jacob & Co. isn’t quite there yet, but this mission is sound for them, as the brand would certainly benefit from having a more recognizable sport watch product. The case is rather large at 47mm-wide (14mm-thick). As a sport watch, the crystal is (naturally) sapphire, and the water resistance is 200 meters. On the rubber strap, the Epic X Chrono is about as comfortable as you could get for a watch this size.

Lots of nice detailing went into this Bugatti limited-edition, such as the use of black ceramic pushers (and crowns) in addition to the case material, which is new for the Epic X collection. One of the key functional details about the Epic X (which is easy to miss) is the internal rotating timing bezel. That said, it is also clear that this isn’t a fully cooperative watch design in that it doesn’t really include much Bugatti DNA. It isn’t a Bugatti watch in the sense that Hublot’s Ferrari watches are produced in design collaboration with Ferrari, though if Jacob & Co. and Bugatti can work together on designs, I see more visually novel products coming in the future, which will perhaps more exclusively and satisfyingly merge the worlds of timepieces and supercars together in a way that is unique to the partnership. 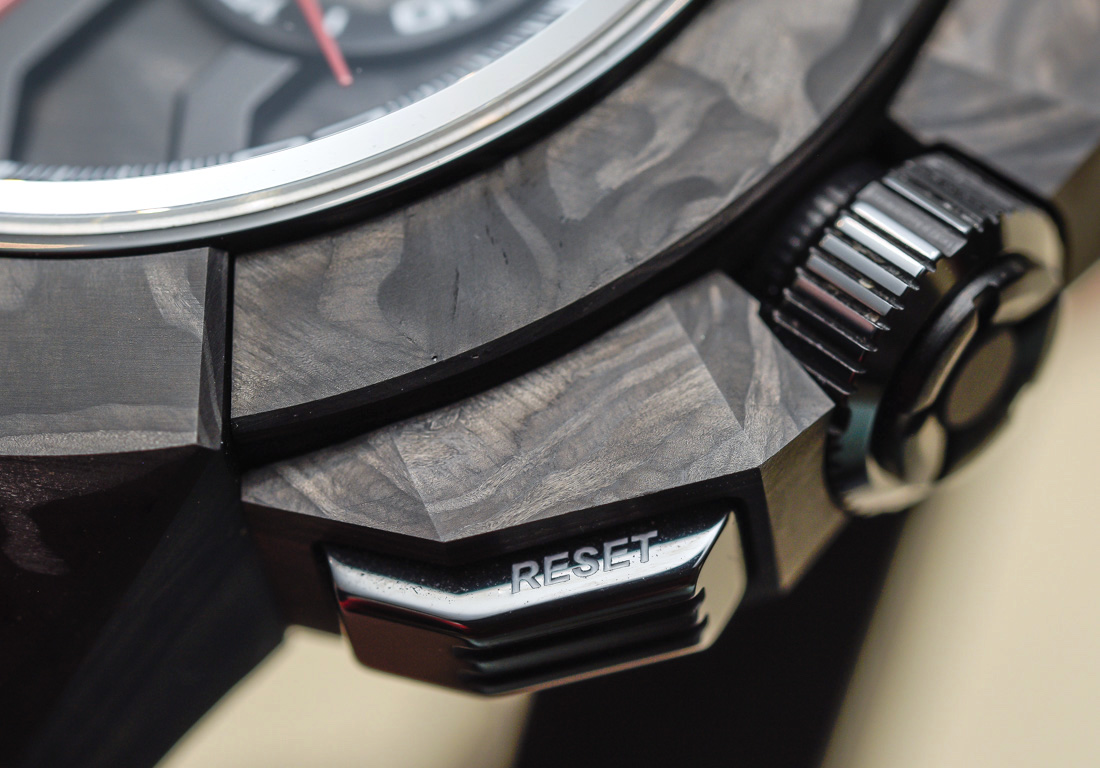 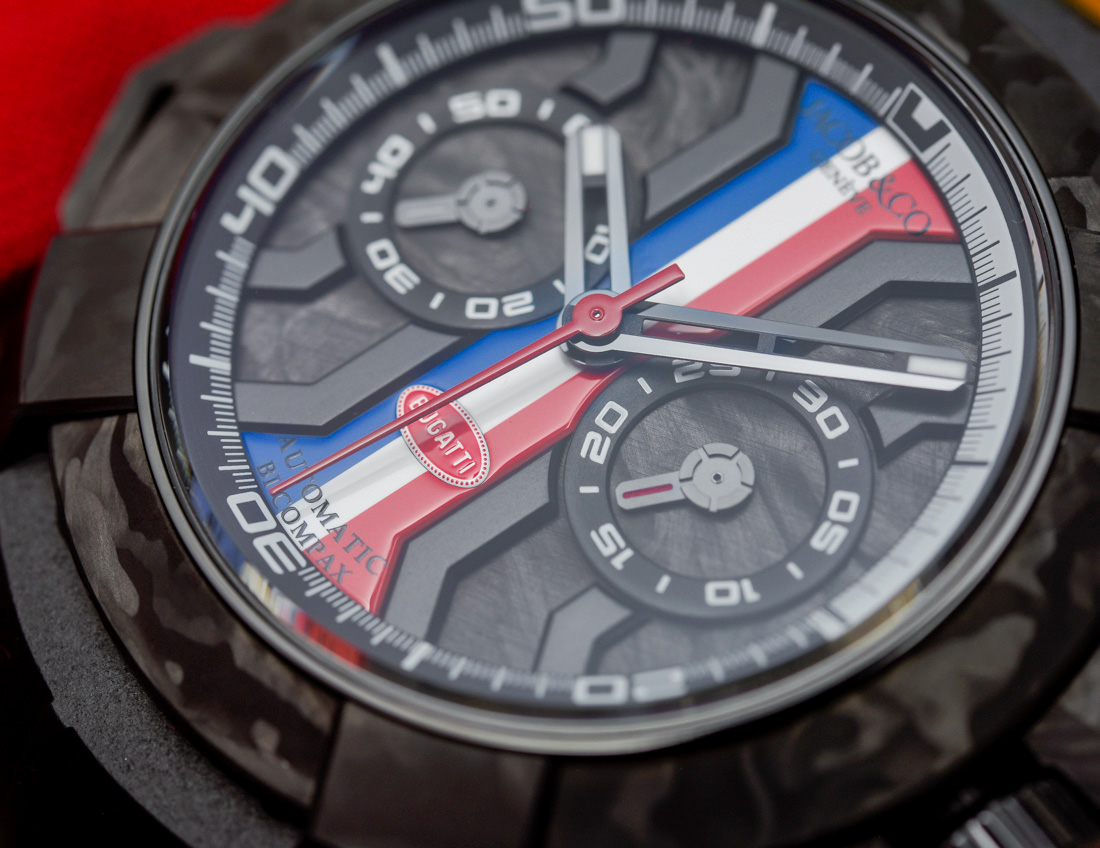 Inside the Epic X Chrono is an automatic movement known as the Jacob & Co. caliber JCAA05. This movement is produced for Jacob & Co. by Concepto, I believe, and is a two-register column-wheel chronograph with just the time and 30-minute chronograph. It isn’t the most interesting movement in the world, but it is presented nicely and, again, is designed to serve “daily wear” purposes.

The biggest part of the story here for watch-lovers is that Jacob & Co. and Bugatti have an official relationship that I hope will continue to blossom. I don’t think the two companies have had a chance to make some really novel products together, and to start we have these satisfying, albeit not-really-Bugatti-themed, watches that are instead co-branded with Bugatti, such as this Epic X Chrono Bugatti. Positioned as a limited edition ( not more than 110 pieces), this ref. EC333.29.AA.AA.A Jacob & Co. Epic X Chrono Bugatti 110 Years Limited-Edition watch has a retail price of $36,000 USD. Learn more at the Jacob & Co. website here.