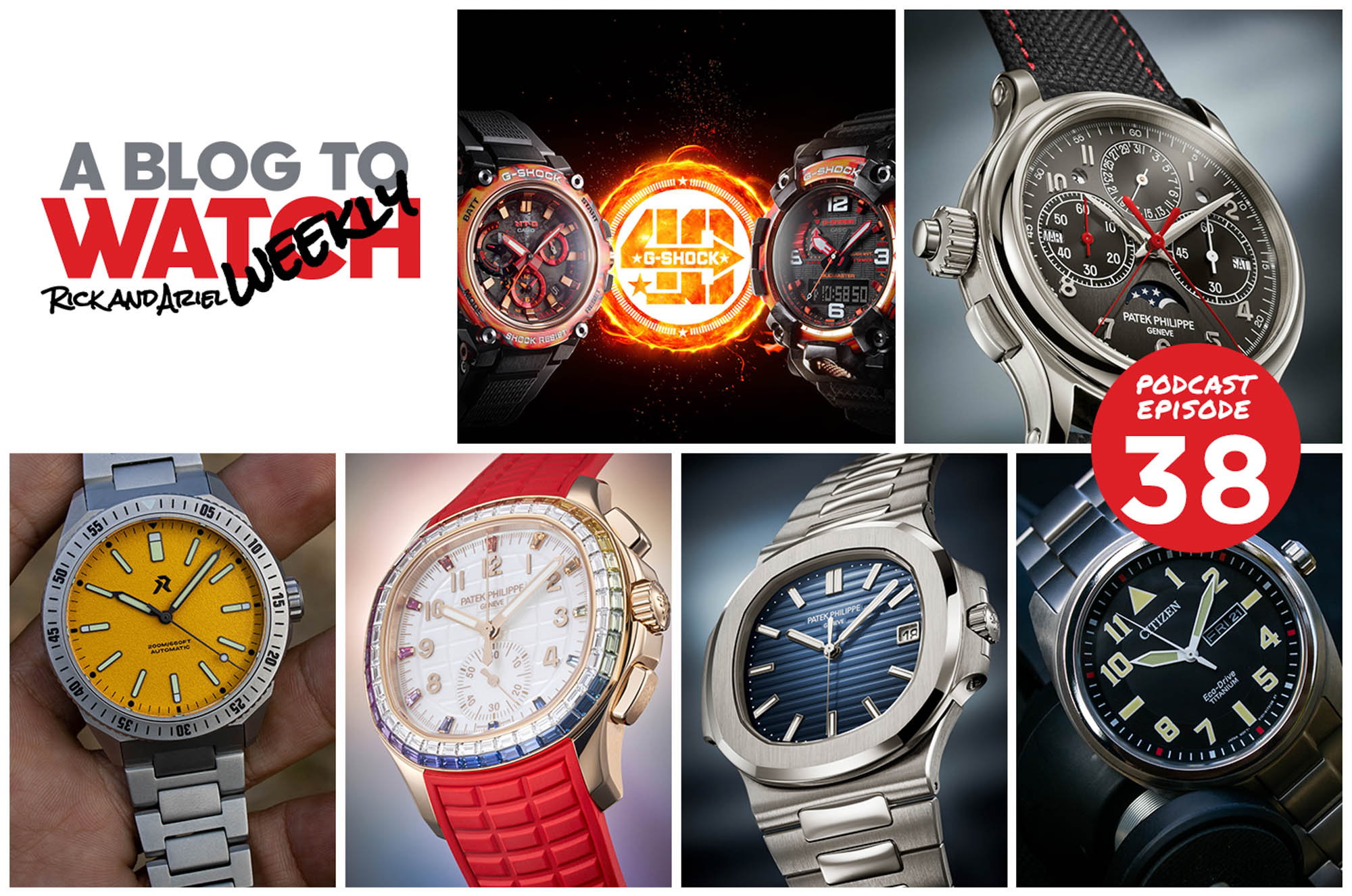 The Best Rolex Fake Yet? Why All Titanium Isn’t Created Equal Plus What’s Right And Wrong About The New Patek Philippe Watches

For this episode of aBlogtoWatch Weekly, Ariel is still away in Italy with Jacob & Co., so Rick and David are joined by Sylvain from Breitling. To start the show, our trio of hosts gets into a deep discussion about all things related to titanium and watchmaking. Given that titanium watches can exist at a remarkably wide range of different prices, Sylvain offers some insight from a manufacturing perspective on what factors can separate expensive titanium watches from affordable ones, and how differences in the production process itself can ultimately influence both the quality of the titanium and the overall watch. After getting into some of the cost premiums associated with titanium, our trio of hosts discusses the fake letter that was allegedly from Rolex, which was recently making headlines and said that production was going to be cut due to the brand’s efforts to help the Swiss government conserve fuel. After breaking down a few of the reasons why this letter is clearly a fake, we briefly get to hear from a listener who is sending his vintage G-Shock into the select restoration program that was discussed on a previous episode of the show, and we will be circling back later with him to learn more about his experience.

Next is an in-depth conversation about the latest new releases from Patek Philippe, and our hosts offer their opinions about three of the most noteworthy new models that recently joined the brand’s catalog. One of the reasons that Patek Philippe stated for discontinuing the reference 5711 Nautilus was that the brand felt it was becoming too associated with that single model. Given that the new reference 5811 is largely the same watch from a visual perspective, except now 1mm larger and crafted from white gold, hosts discuss whether or not the new reference 5811 is essentially Patek Philippe going back on its word in less than a year. From there, our hosts turn their attention to the rainbow gem-set Patek Philippe Aquanaut Chronograph, and what factors might be responsible for it only having 30 meters of water resistance. The wrap up the conversion, it’s a look at Patek Philippe’s new left-handed, Split-Seconds Monopusher Chronograph Perpetual Calendar reference 5373P and whether or not the destro configuration is just Patek Philippe copying Rolex’s green GMT-Master II, or if it was actually something that Patek Philippe had planned before.

Each week, the editors of the timepiece enthusiast publication aBlogtoWatch.com come together to discuss some of the latest new releases and hottest industry stories for the aBlogtoWatch Weekly news podcast program. Listeners can learn more by clicking on any link below to view the articles discussed by the aBlogtoWatch crew in the program.

This episode features Rick, David, and Sylvain from Breitling.

aBlogtoWatch launched the first-ever podcast about watches back in 2010 and continues to be the most referenced and respected publication for watch enthusiasts, buyers, and collectors in the world. Today, in addition to the website and social media channels, aBlogtoWatch produces the SUPERLATIVE podcast interview program as well as aBlogtoWatch Weekly.

We’d love to hear from you with feedback or suggestions for future show topics or guests. Advertising opportunities are also available. Comment below or contact [email protected].
Advertising Message