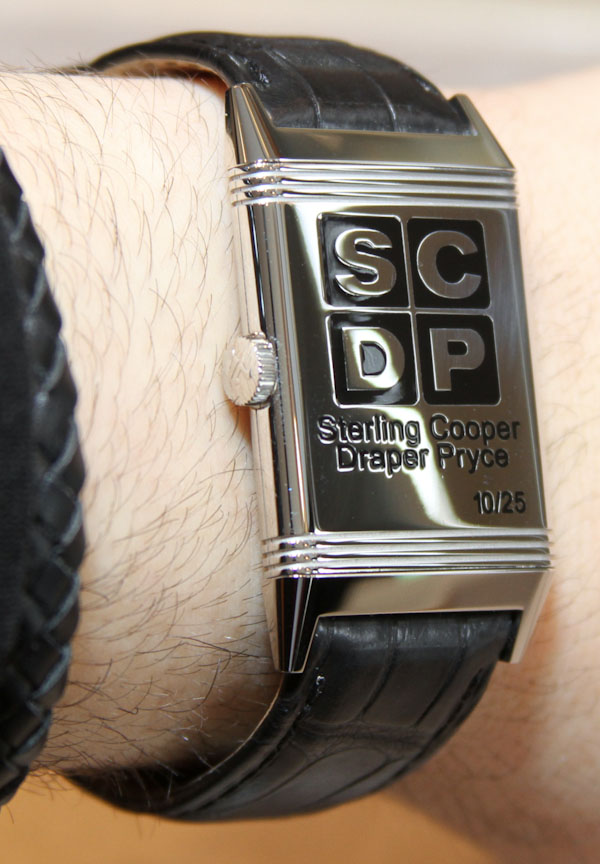 “The 1960s was the sexiest era in US history.” I am paraphrasing Mad Men creator Matthew Weiner after interviewing him in conjunction with the launch of the limited edition Mad Men Reverso watch known as the “Mad for Reverso” piece. His personal love of the era easily transcends through the show. “It was about time for the era’s style to make a comeback.” And it sure has. Everything from fashion to furniture as of late has been (at least in part) influenced by the popular television show on AMC.

I asked Weiner if he at all anticipated the influence on style that the show would have. As it isn’t possible to anticipate a show’s success, it is hard to know in advance the type of effect it will have on pop culture. Weiner seemed to express that the style-shift focusing on post-war booming America was almost inevitable, and that he was just following what he loves. His carefree attitude reflects more interest in the authenticity of the show’s look and feel versus how people react to it. It is a good sentiment for a creative type – to focus more on creating a perfect world re-creation versus worrying about how others might respond to it. 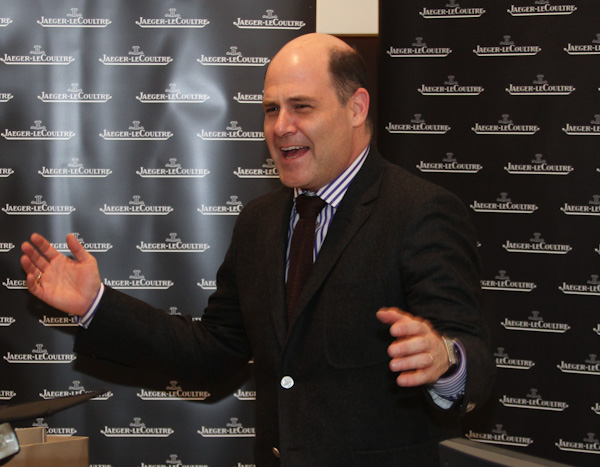 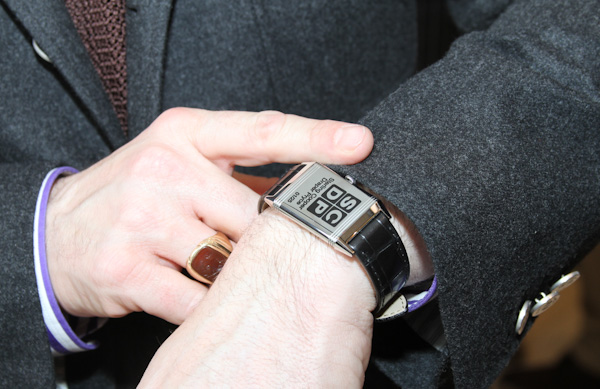 From the beginning, the show was supposed to visually capture the 1960s seamlessly, but the first season had its hiccups. Something that Weiner reacted to with vehement passion. He describes how numerous historical and factual inaccuracies in the details of the show’s initial season upset him. One example which will amuse us watch lovers is the inclusion of a quartz watch. In the first season, the main character (Don Draper) gifts a watch to his wife. Nothing wrong with that except that it had a quartz movement. The very first quartz movement-based watch wasn’t introduced until 1969, with smaller women’s models coming out even later. The prop in the scene was at least 10 or more years off (not to mention the style didn’t fit). It is a tiny detail as far as most people are concerned but one that irked Weiner enough to fire the guy responsible. According to Weiner, after the first season things dramatically improved, especially after he hired prop master Ellen Freund (whom he credits with much of the accuracy the show is now known for). 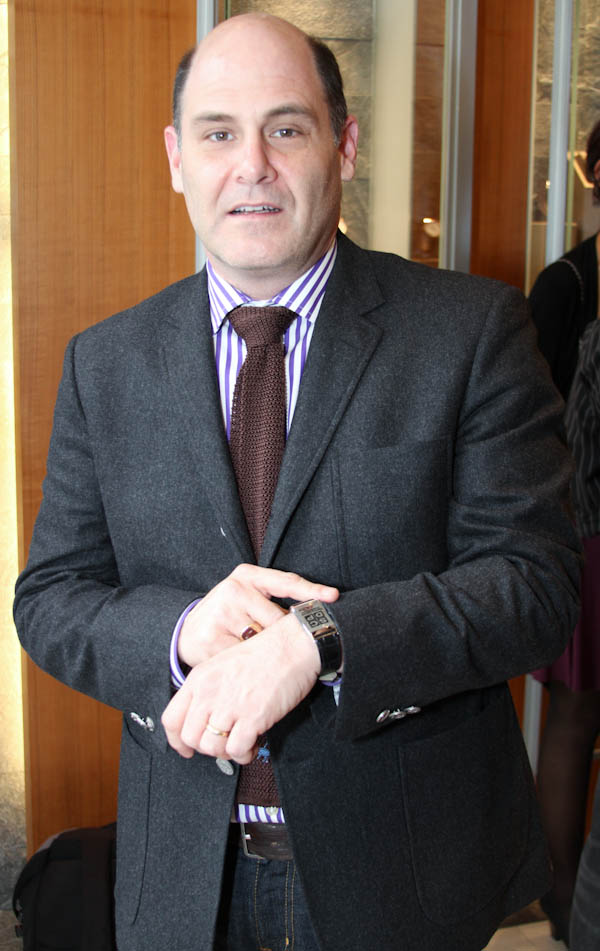 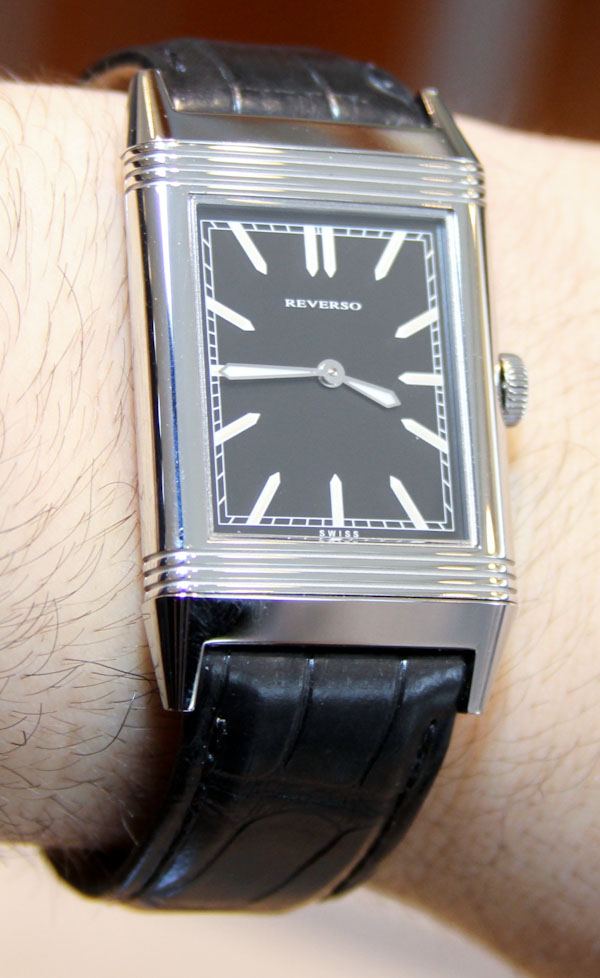 Speaking of props, I am speaking with Weiner as he wears a watch that in a sense is a real life Mad Men prop. In collaboration with the show, Jaeger-LeCoultre produced a limited edition of 25 pieces of the Reverso watch meant to appear like something from the actual story. Based on the Grande Reverso Ultra-Thin 1931 Tribute watch, the Mad for Reverso piece has a special engraving of the Sterling Cooper Draper Pryce (SCDP) logo on the caseback (that flips over of course). I first debuted the Jaeger-LeCoultre Mad about Reverso watch here. I think the technical name of the watch is the Jaeger-LeCoultre Grande Reverso Ultra-Thin Tribute to Mad Men “Mad for Reverso” watch. There is some nice trivia for you.

The steel-cased Reverso has the “heritage” dial and is 27.5mm wide by 46mm tall. Inside the watch is a manually wound Jaeger-LeCoultre made calibre 822 mechanical movement. The logo applied to the caseback is joined with the number in the limited edition. It comes with a letter written by Weiner as the character Roger Sterling, who is presenting the Reverso watch as a gift. It also comes with a book (that I believe can be purchased separately) called “Sterling’s Gold”, which includes selected amusing quotes from the show. It is a good looking watch, and Weiner seems to like his. It goes with his style rather fluidly.

As a concept this limited edition is interesting. It is a subtle homage to the influence of show, a reminder of the timeless design of the Reverso, and a unique limited edition piece specially designed to appeal to Mad Men show lovers. This is like a much classier way of enjoying Mad Men in the same way a Star Trek fan might wear Vulcan ears. 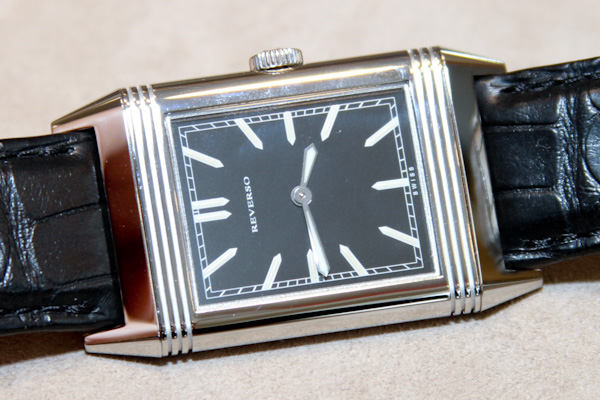 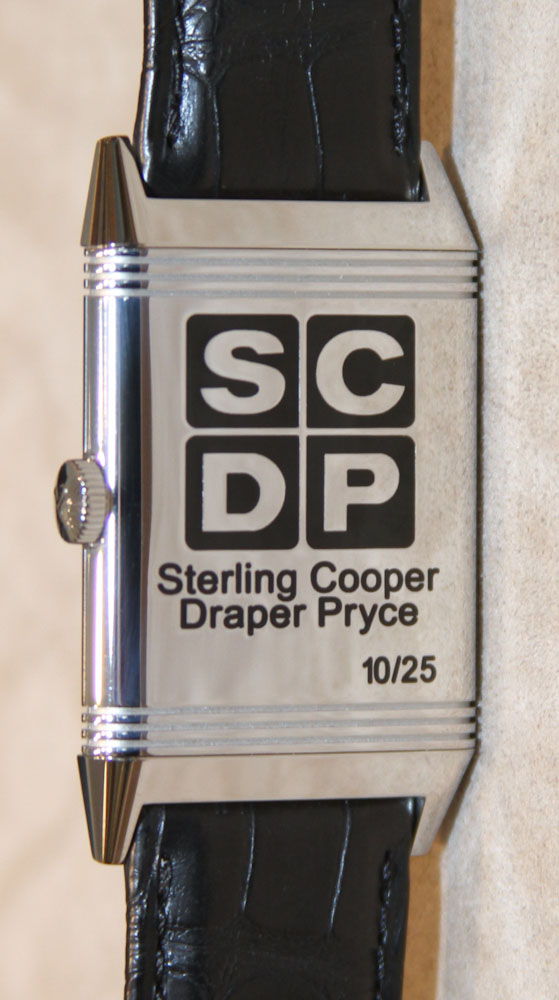 Jaeger-LeCoultre was actually a piece of the show before it was sold to AMC according to Weiner. As I understand it he bought a Jaeger-LeCoultre Memovox alarm watch that he wanted Don Draper to wear – which he kinda does in the first season. Here is where Hollywood magic comes in. They can’t actually really use expensive props on set. So things get reproduced. The prop master created a sort of make believe watch that had the case of a JLC Memovox, and a dial based on the look of a Rolex Cellini. Yes, that is part of why he got fired. No more of that under Weiner’s watchful gaze.

The Jaeger-LeCoultre Mad for Reverso watch is a fun way to enjoy Mad Men off the screen. As I mentioned, it is a highly limited piece. Only 25 will be made at a price of $8,450.