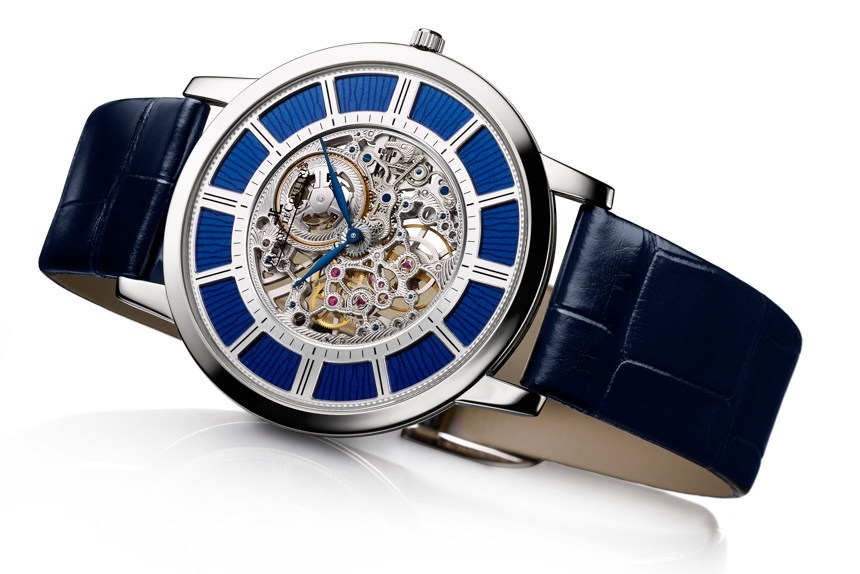 The Jaeger-LeCoultre Master Ultra Thin Squelette watch is, by a margin of just 0.05 millimeters, the thinnest mechanical watch in the world. That is how far we have come: just by the thickness of a human hair, a watch can claim such a remarkable title its own. The previous record of the thinnest mechanical watch was held by the Piaget Altiplano 900P, which came in a case that was just 3.65mm thick… When we debuted the 900P here, we were honestly convinced that no one would try to produce an even thinner mechanical watch. Yet, just about two years later, Jaeger-LeCoultre narrowly beat Piaget at its own game (and remember that both Piaget and Jaeger-LeCoultre exist within the same Richemont luxury group). Do the quick math, and you’ll end up with this stunning result: the Jaeger-LeCoultre Master Ultra Thin Squelette is a mere 3.60 millimeters thick – that is, of course, including the case, movement, dial, hands, and both sapphire crystals. It also happens to be both skeletonized and decorated as well. 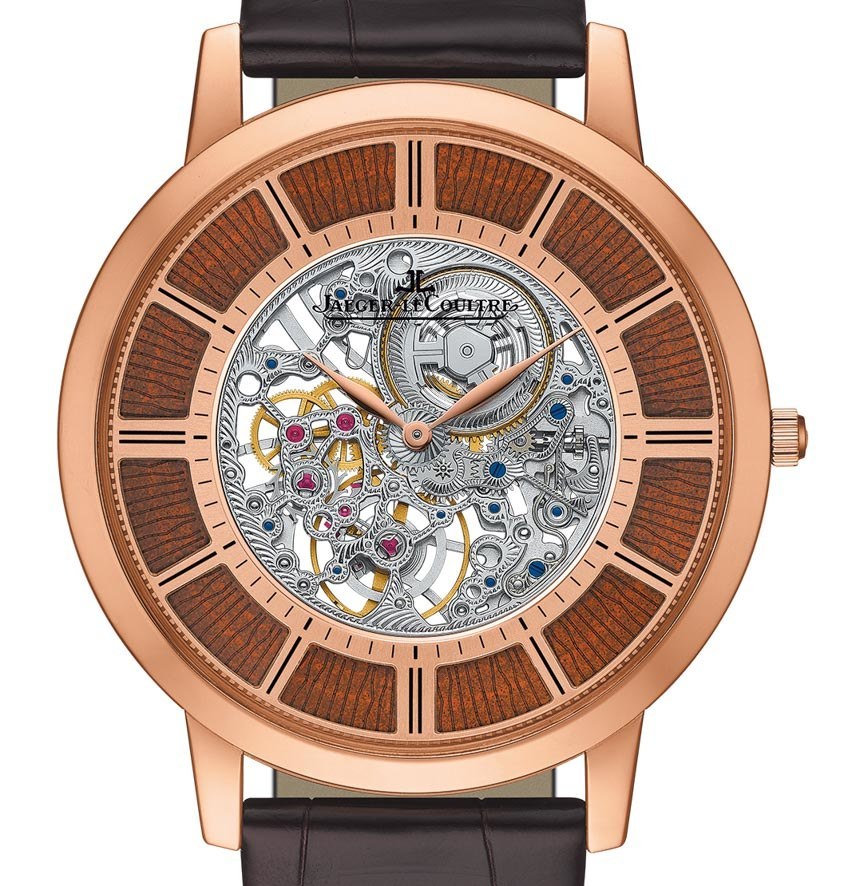 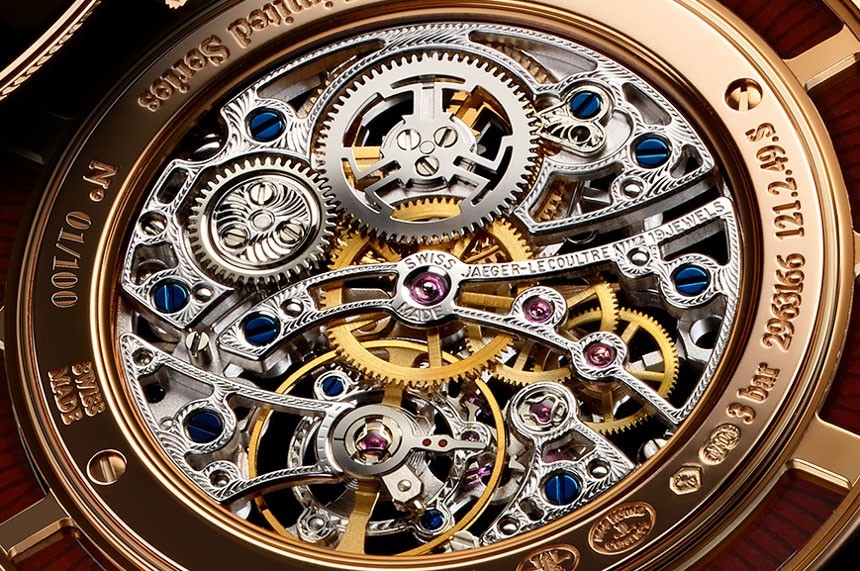 The hand-wound movement that makes this ultra-thin achievement possible is the Jaeger-LeCoultre Calibre 849ASQ, containing 119 components and 19 jewels, and offering a 33-hour power reserve. That is an extremely low power reserve compared to what we are used to seeing, but is, in fact, not bad when considering the size (or lack thereof) of the movement – it is considerably lower than the claimed 48 hours of the Piaget Altiplano 900P, though.

The caliber has been extensively (and exquisitely) skeletonized by hand, removing any and all redundant material until only the skinniest bridges are left. The movement itself is a mere 1.85 millimeters thick, again, quite incredible – so thin, in fact, that we have no doubt it could actually bend under relatively little pressure. 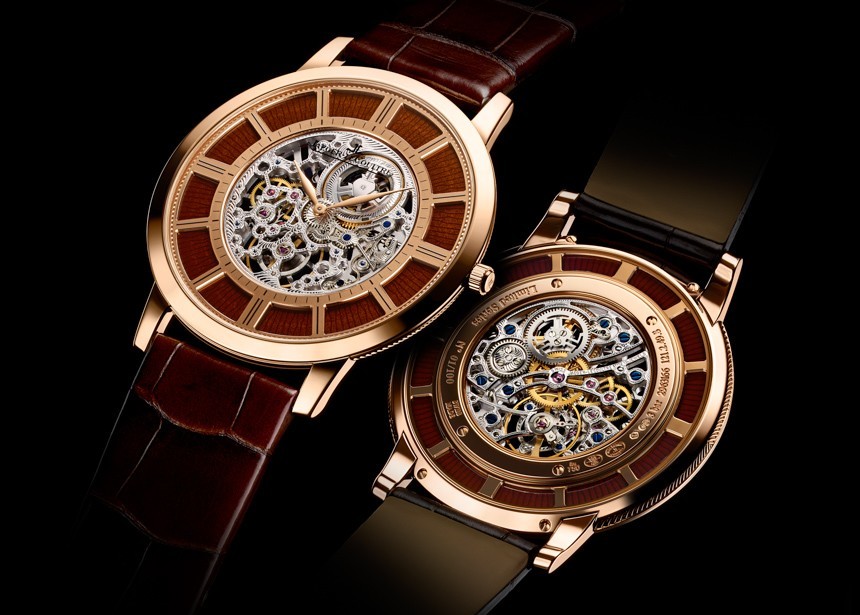 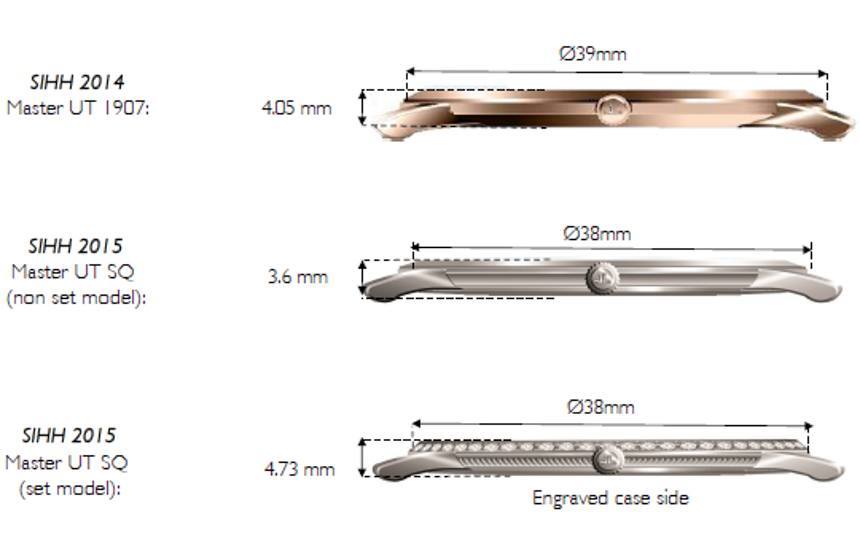 Just above, you find a comparison by Jaeger-LeCoultre of the “maison’s” thinnest pieces. As you can see, diamonds are a bit of a burden in this instance: the diamond set model is a massive 4.73 millimeters thick, while those pieces with a polished precious metal (either white or pink gold) bezel are the ones capable of setting this new record. 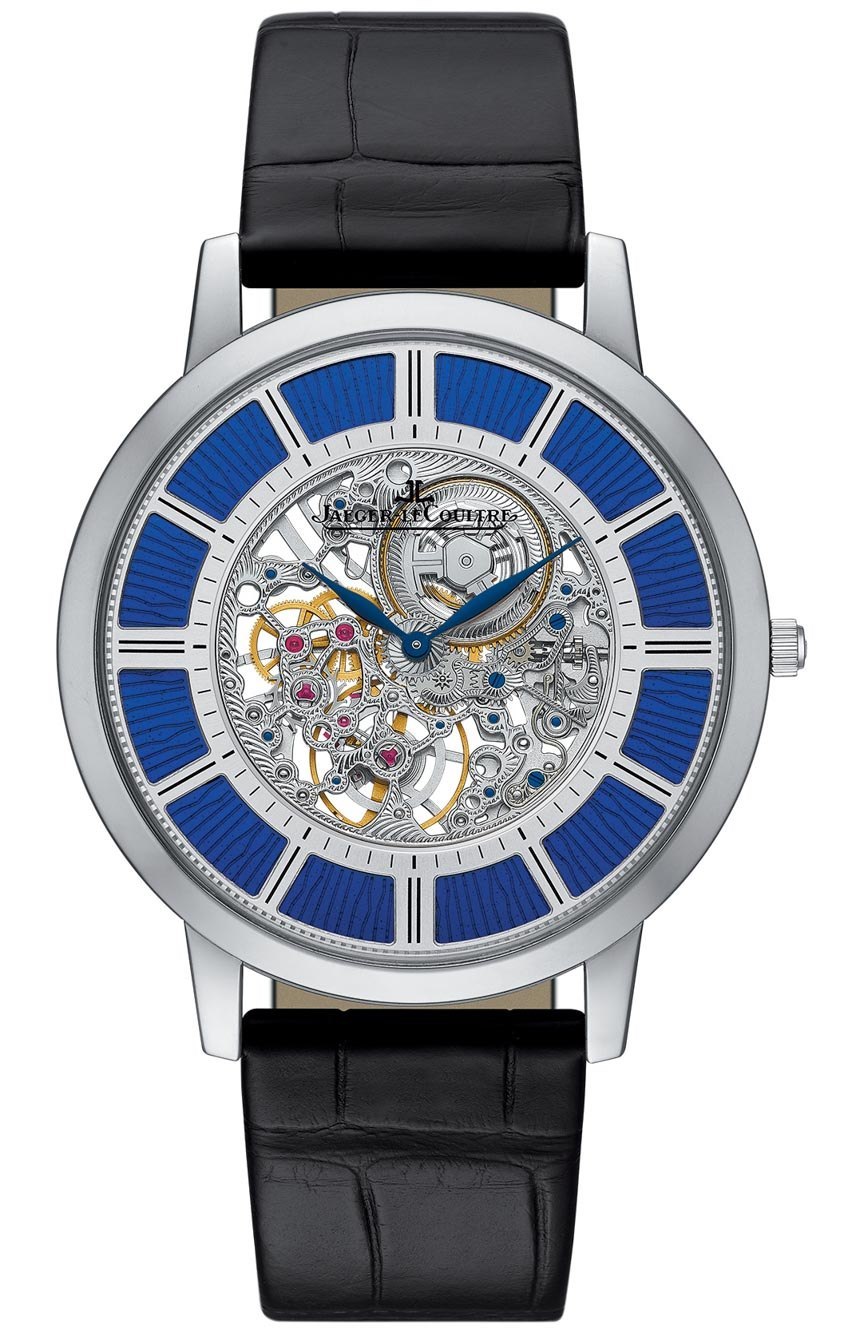 We keep coming back to the Piaget, but that is because it has been a record-setter that most have likely expected to reign a lot longer as the king of “ultra-thin” watches. The Altiplano installed the movement’s components onto the case back (yes, like the Swatch, or the thinnest, 1.98 millimeter-thick Delirium Tremens quartz watch), while the Jaeger-LeCoultre Master Ultra Thin Squelette uses a more usual movement architecture with plates, bridges, as well as two sapphire crystals allowing for a see-through experience. 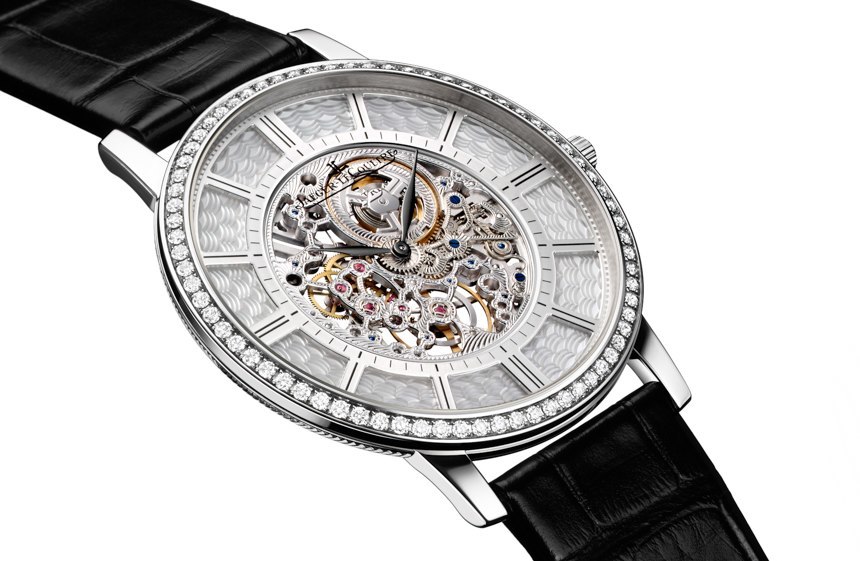 The dials of all Jaeger-LeCoultre Master Ultra Thin Squelette watches have been divided into 12 chapters, improving legibility and framing the ultra thin caliber. These chapters have either been decorated with hand-engraving or patterns created with guilloche machines, and are either hand-painted with enamel (on non-bejeweled models) or, as you see just above, are in mother of pearl on the diamond-set pieces. 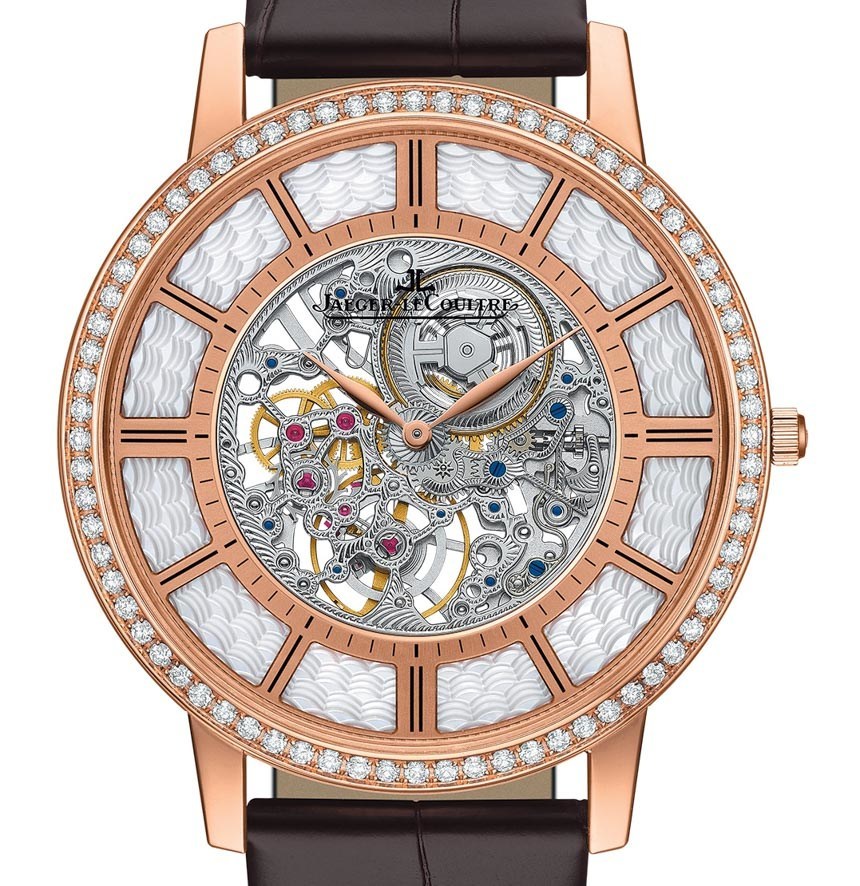 Prices are, of course, in line with what you would expect from a record-setting watch from a major brand. While the different versions are limited to 100 numbered pieces each, the Jaeger-LeCoultre Master Ultra Thin Squelette pink gold and white gold models are $58,500 and $61,000, while their diamond-set counterparts are $72,500 and $75,000 USD, respectively. jaeger-lecoultre.com