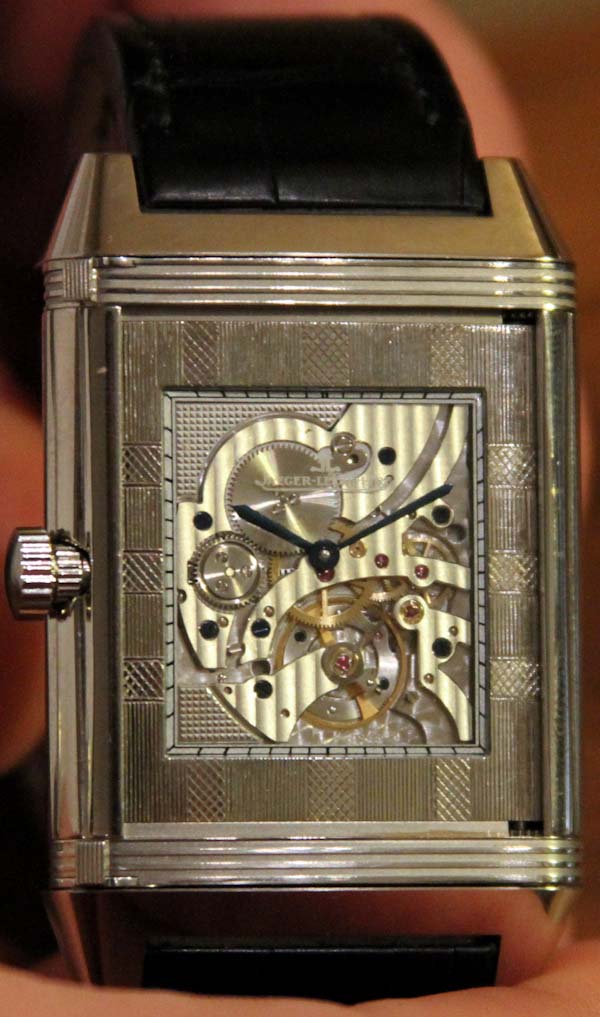 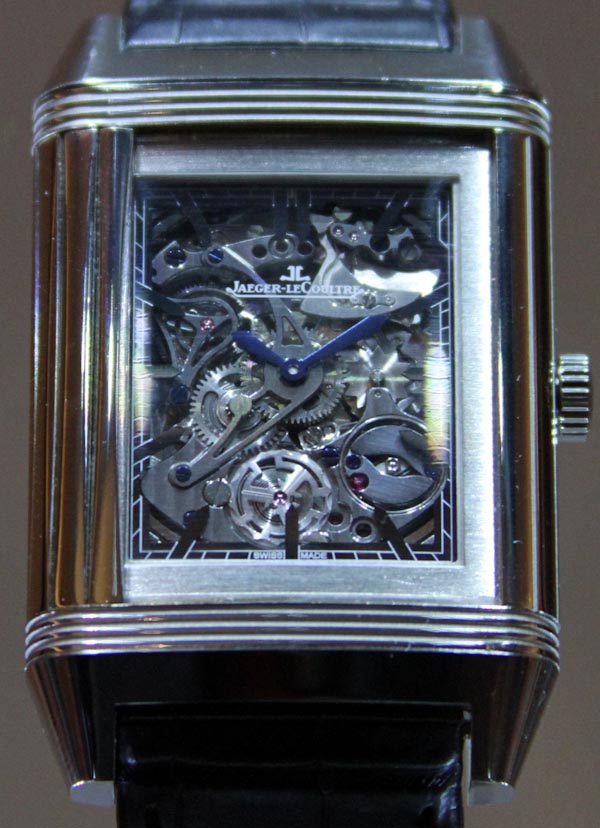 One of the more interesting high-complication watches for Jaeger-LeCoultre this year was the Reverso Répétition Minutes Ã  Rideau. The oddly named watch (if I see more than one accent mark my eyes start to glaze over) actually just translates into minute repeater via curtain. Being a Reverso the watch has two dials, one of which is covered with a sliding metal curtain. Using your finger, you push the curtain aside to reveal one of the two watch dials. The curtain also activates the minute repeater complication.

What Jaeger-LeCoultre did in the the ‘Reverso Curtain’ is literally take two relatively thin movements and place them back to back. The images here show you each of them and how they fit together. There is one crown to control them both and they are manually wound. It sounds as though JLC considers them one movement and together they are called the Jaeger-LeCoultre Caliber 944. The movement is hand assembled and decorated, and it looks pretty darn nice at that.

Both movements are presented via open face dials for you to view with the blued steel hour and minute hands generally seen in the Reverso range. The decor of the movements is done in a nice, traditional manner. JLC could have gone more modern with the design of the movements but I feel as though they kept it classic because this watch is part of the Reverso collection’s 80th anniversary. This is also a good example of quasi art deco styling that you’ll find in a lot of Jaeger-LeCoultre watches. 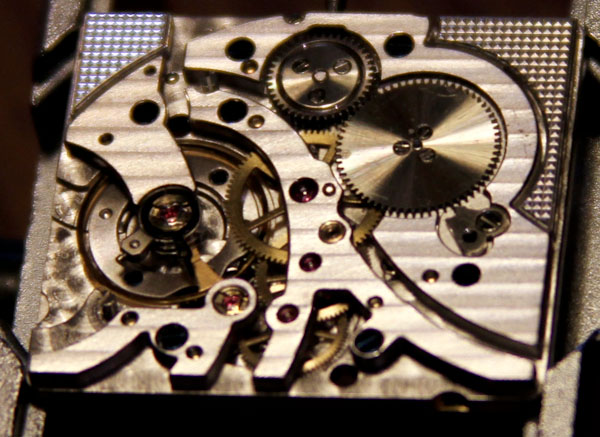 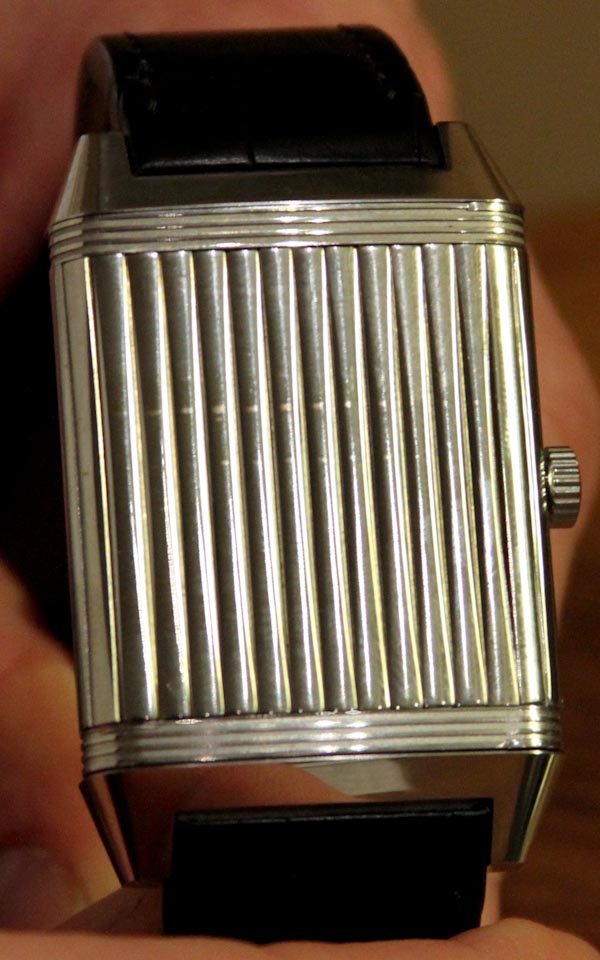 The Reverso watch case is in 18k white gold and is 35mm wide by 55mm tall. The curtain takes up a lot of it and actually wraps around much of the case. When moved out of the way on the front it moves over to cover the opposite watch dial. The action is smooth and I think the mini metal curtain is pretty neat. The effect of “revealing” the dial is a nice, poetic touch. If you were to wear the watch with the curtain side faced up, it would add a sense of mystery as people only see the look of the Venetian style blind on the face of the watch. I should note that the curtain is spring loaded so that the minute repeater side is only visible when you actively push the curtain out of the way.

The other side of the watch has a very nice series of engravings around the dial. They are almost art deco in appearance and start with clos du Paris pyramids on the movement plate itself. Further engravings surround the watch face and are quite interesting to see. I haven’t seen anything quite like that before and find it attractive.

While the JLC Reverso Repetition Minutes a Rideau doesn’t really break a lot of ground technically, it is a fun and complex watch strategically suited to appeal to collectors and fans of the Reverso collection. I like the watch a lot and I think JLC did a good job. Not sure about price but the production run will be limited to 75 pieces. 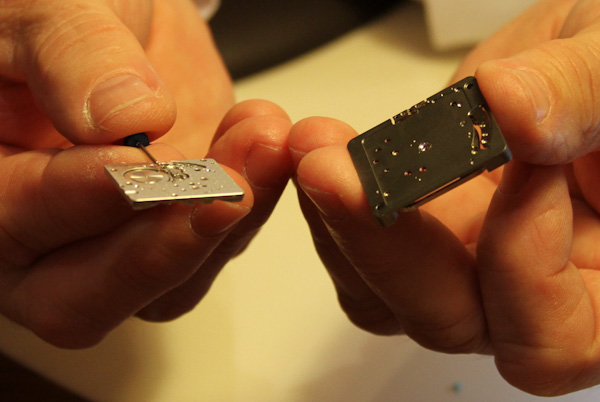 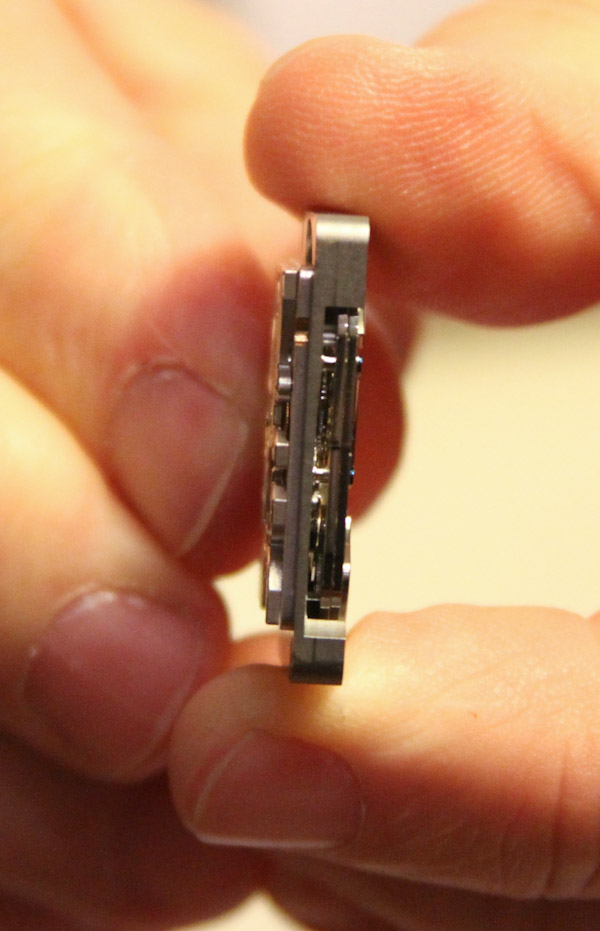 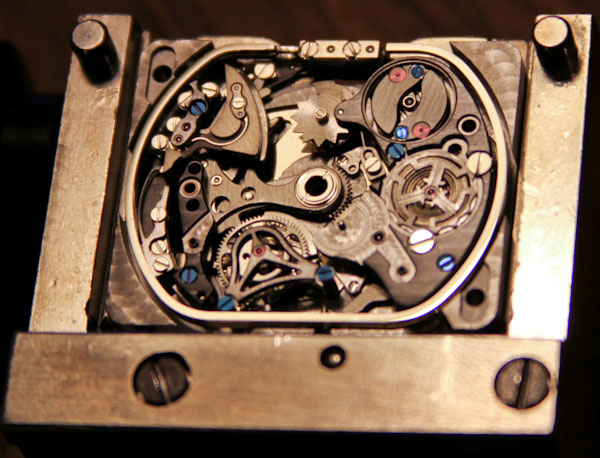