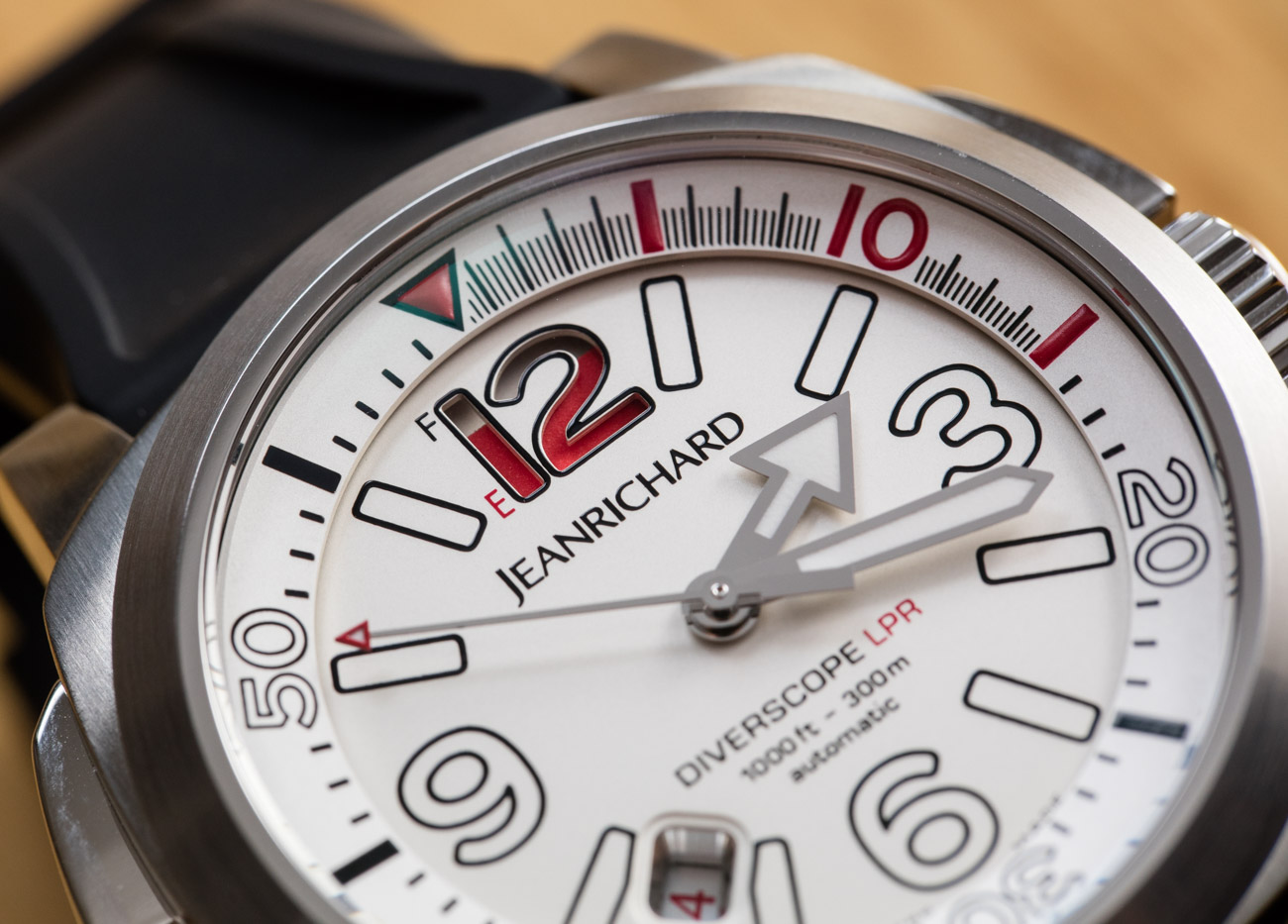 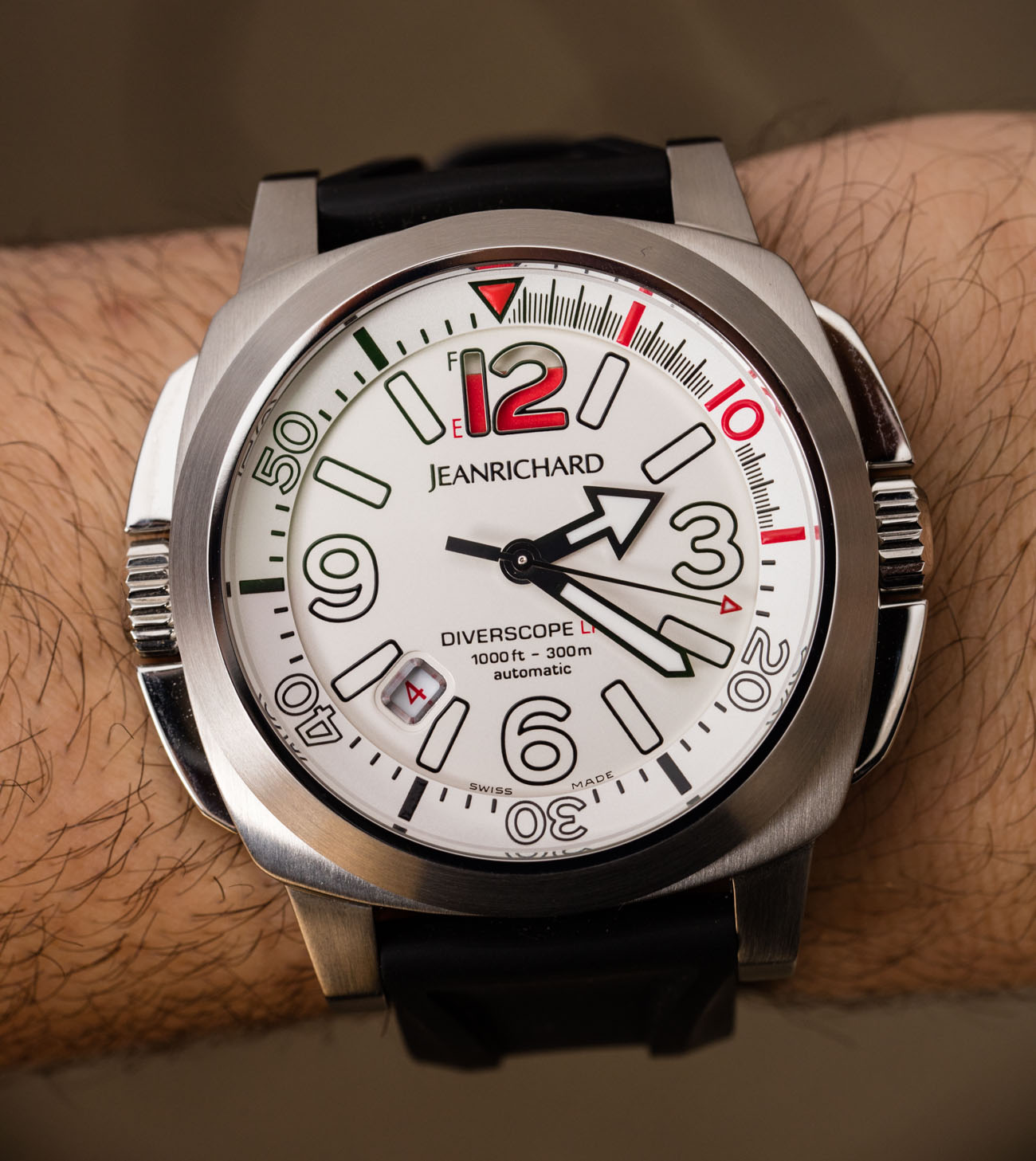 The JeanRichard Diverscope LPR is a watch that is no longer made but I am going to review it anyway. Why? Well, I think there are a lot of modern timepieces produced over the last 20 years or so which are still floating around out there that don’t get enough attention from collectors. Attention on vintage watches is higher because of perceived collectibility and current trendiness, but I personally have very little interest in most of those antiques. I think one of the biggest differences between a watch produced in the last 20 years and ones produced 30 or more years ago is how those watches were intended to appeal to the market. Prior to the late 1990s wristwatches were produced for a larger audience, at a lower price. More recently as watches have become more about luxury and status communication, brands have had to up the quality, design, and sense of prestige in order to appeal to consumers. For that reason and others, I find myself much more drawn to modern timepieces of all types, as opposed to paying the same high-end dollars on much older watches that in their heyday were often quite pedestrian. 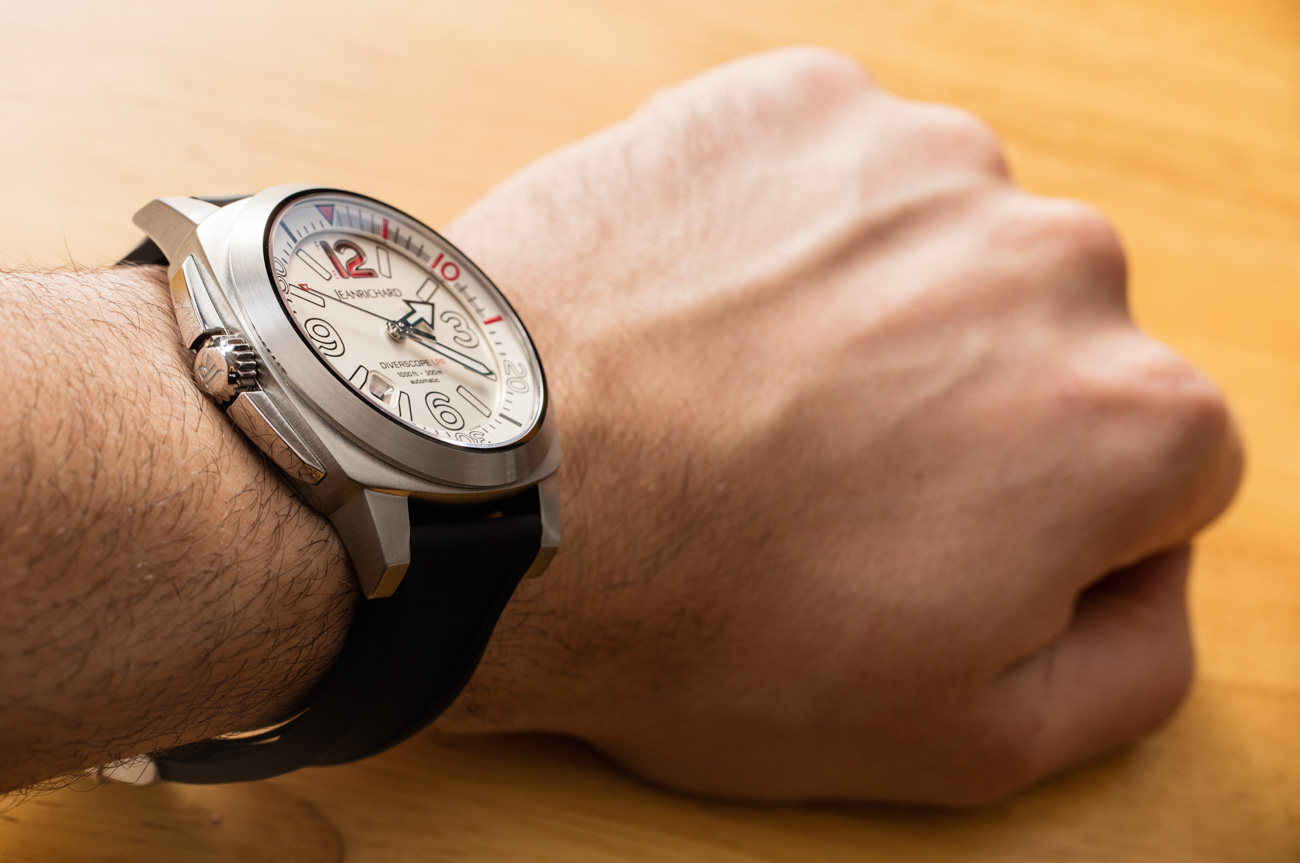 I say all that as a primer on what might be an ongoing series on aBlogtoWatch where we take a look at timepieces you can’t buy new, sometimes from brands that no longer exist, but that might still be available to purchase in some form or another if you search hard enough. Today I’m talking about one of my favorite watches from the now “in hibernation” brand, JeanRichard. Owned by Girard-Perregaux, JeanRichard was a more entry-level brand but that dabbled in much more high-end and interesting products from time to time. Of course, JeanRichard was certainly a luxury timepiece maker, but its intention was to appeal to a younger and not as affluent audience as Girard-Perregaux. It is my understanding that Jean-Richard watches with in-house movements used essentially the same base movements as those produced by Girard-Perregaux. 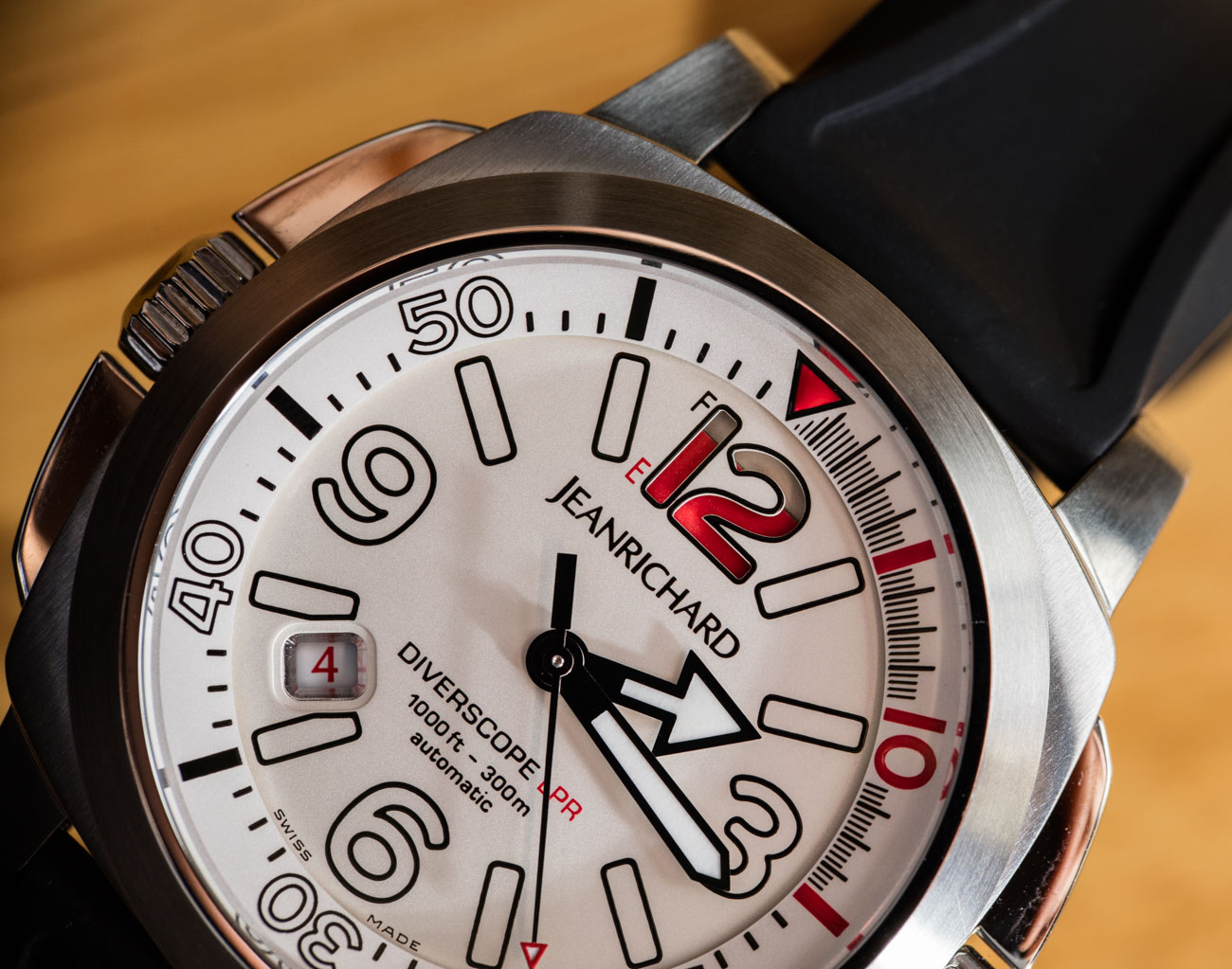 The JeanRichard Diverscope LPR was originally released back in 2011, and I actually wrote a hands-on article about it here. I had very little information about it at the time, only having a chance to check it out briefly during a meeting with the brand at a trade show. I liked the watch then and still like it today. I also believe that the Diverscope LPR was the most expensive Diverscope model ever released by the brand – and for that reason, it was not a commercial success given that it was at least double the price of the average Diverscope model. The good news about sometimes acquiring a timepiece long after it is still produced commercially is that the market dictates the price – not an MSRP.

“LPR” stands for “Linear Power Reserve,” which is what makes this product so cool. The large Arabic numeral 12 o’clock hour marker is also a power reserve indicator. As the power in the mainspring goes up, so does the red color in the 12 o’clock hour indicator. The red color moves down to white as the linear gauge decreases. I was immediately drawn to this beautiful and effective execution of a power reserve indicator at the time when I first learned about this watch and continue to find it very appealing. I also have a deep personal collecting interest in automatic dive watches with power reserve indicators. Sister brand Girard-Perregaux produced a few of those over the years, but never with this interesting linear scale.

The movement inside of the Diverscope LPR was the in-house made (by Girard-Perregaux that is) caliber JR1010 automatic. If you recall JeanRichard watches, you might recall that the standard automatic movement used by them (when they didn’t use something from ETA) was the JR1000. The JR1010 is thus the JR1000 with the extra module on top which offered the linear power reserve complication system. You can actually notice this because the date window – which is not part of the module – is set quite low into the dial. That is a tell-tale sign that a module is being used. I’m not sure who produced the module – as it could have been Girard-Perregaux themselves or via a third-party supplier in Switzerland. Either way, the system is effective and in my opinion excellent to enjoy on the wrist.

JeanRichard produced the Diverscope LPR in two color variants, including the black-dialed model which I shot back in 2011, as well as this white dialed model which I present to you here. The legibility, design of the hands, and the overall sporty grace of the dial continue to impress me. In addition to the linear power reserve on the dial, the face also includes the time, date, and has an internal rotating bezel. I am not typically a fan of watches which have two opposing crowns on the same side of the case. Not that there is anything inherently wrong with that, but the design of such cases often doesn’t appeal to my eyes. JeanRichard didn’t go that route by beautifully offering a symmetrical case with crowns on both sides in the same position. Each of the crowns has its own guard too, which further makes this case design unique. The crown on the left side of the case (also screw-down) is for the internal rotating bezel, while the crown on the right side of the case is for operating the movement itself. JeanRichard engineered the internal rotating bezel system quite nicely, and even after all these years, it offers a very polished operation.