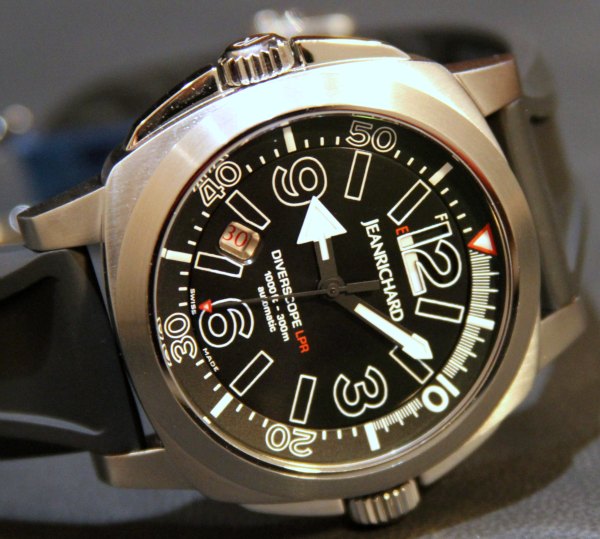 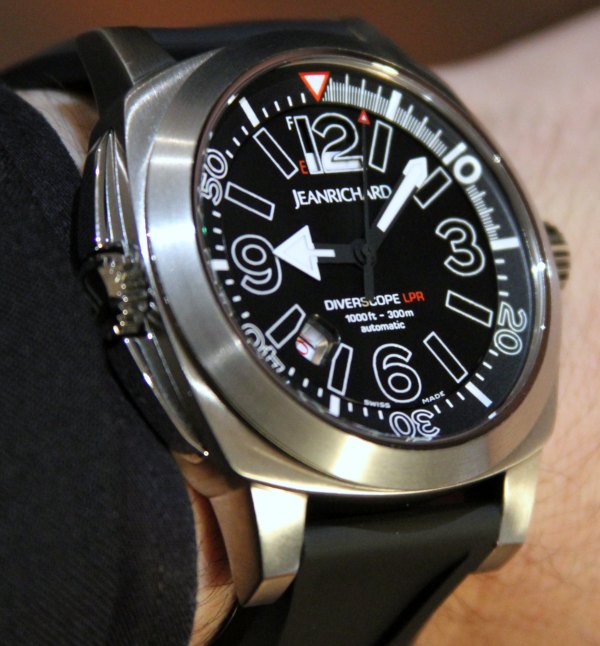 While not a wildly complex new complication, there is a sort of smile inducing “that’s cool” sentiment about the linear power reserve (LPR) indicator built into the 12 o’clock hour indicator of this new for 2011 JeanRichard Diverscope watch. I don’t have a ton of information about the watch, but I did get a nice hands-on session with it thanks to JeanRichard. This is one of the coolest Diverscope models to come out. 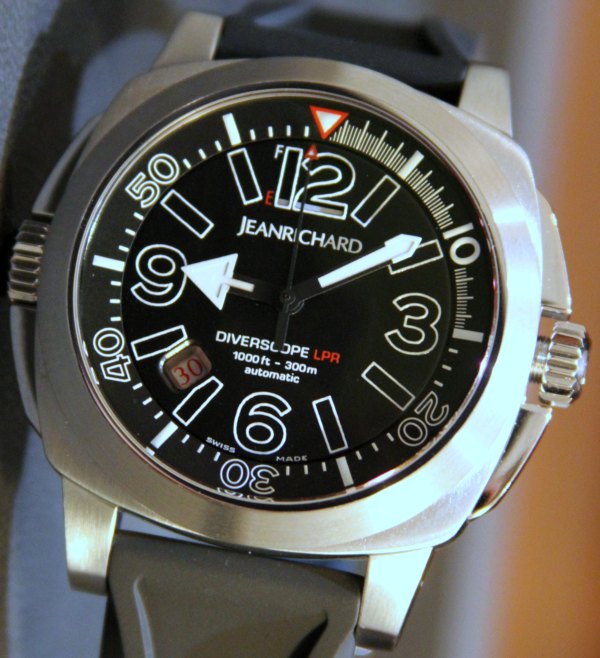 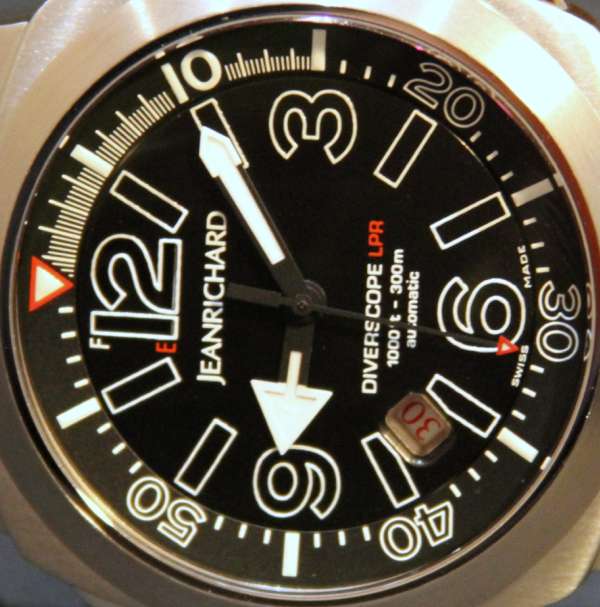 Will it come only with the black and white dial? Not sure. Set in the Diverscope’s standard 43mm wide case (pretty sure it was in steel) the watch contains a new (I believe) movement called the JR1010 automatic. The JR1010 is a derivative of the JR1000 automatic that most all three-hand JeanRichard watches have. It is an in-house made automatic with the time and date. The JR1010 adds the nifty linear power reserve indicator. The movement has a maximum of 48 hours of power reserve.

Building the power reserve indicator into the 12 o’clock hour marker was clever. When empty, the number is unfilled like the rest of them, but as the mainspring barrel winds, it fills up with white. A small “E” for “empty” and “F” for “Full next to the hour marker help remind you of this. Being mostly black and white, the dial of the Diverscope LPR has hints of red and the line’s nice internal rotating bezel. 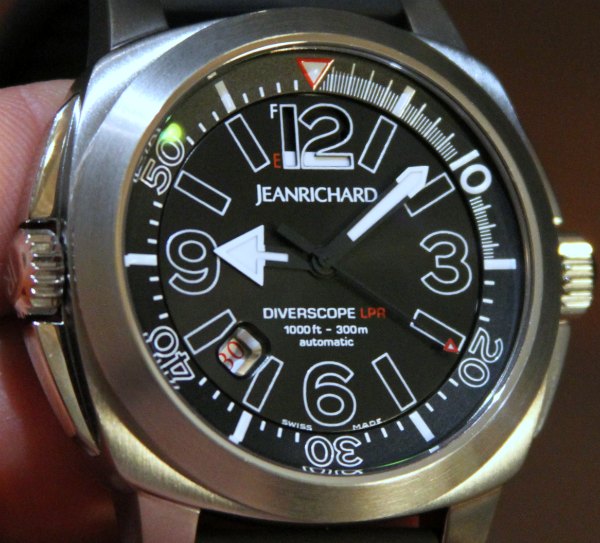 I’ve always really liked the styling of the Diverscope collection, but think that it is really expensive for what it looks like. All the quality is there, but it feel too much like a tool watch to demand $6,000 – $8,000 (or around that). Know what I mean? We are talking Rolex Submariner prices. Yea, I know that these are different watches we are talking about, but still… I think JeanRichard could sell a ton of these at a $1,000 – $,2000 price point. They are easy to read and fun. Sort of like a Timex Camper watch for big boys. The Diverscope LPR comes on a rubber strap, and when the official announcement comes later this year – we can all learn more.