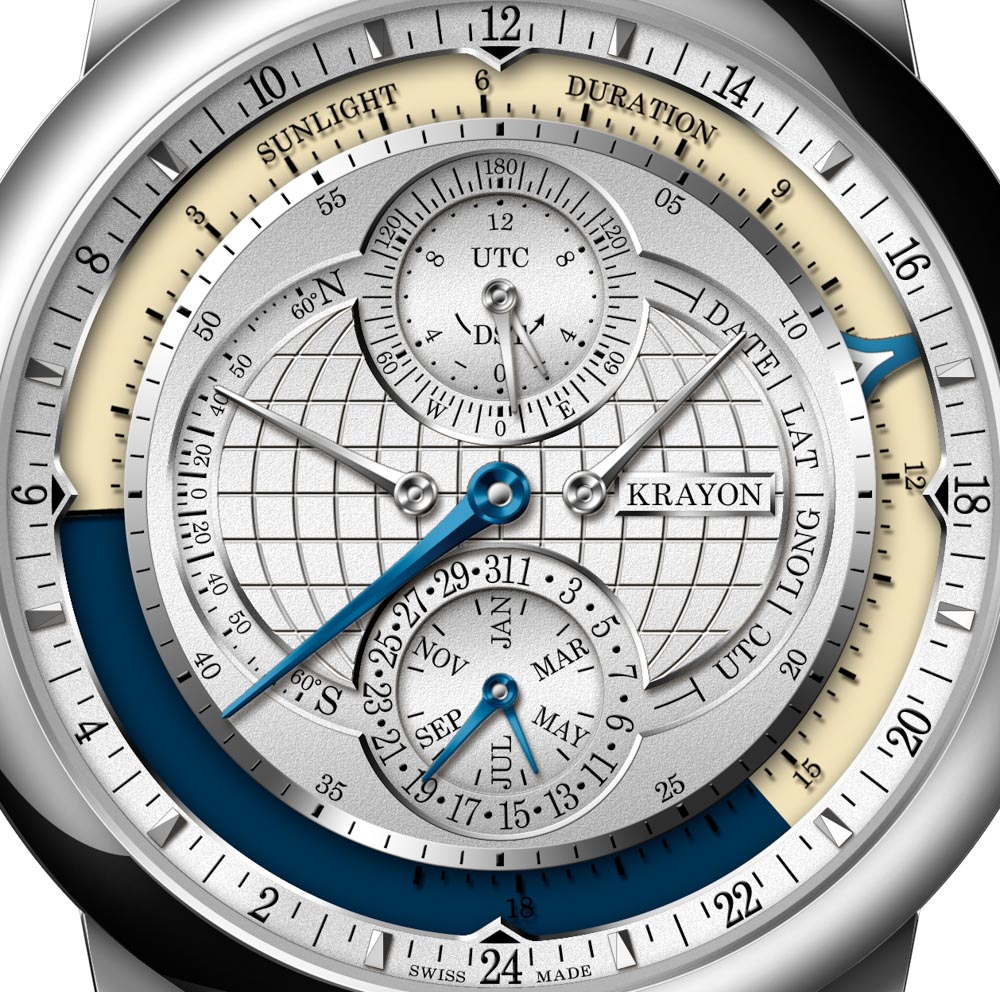 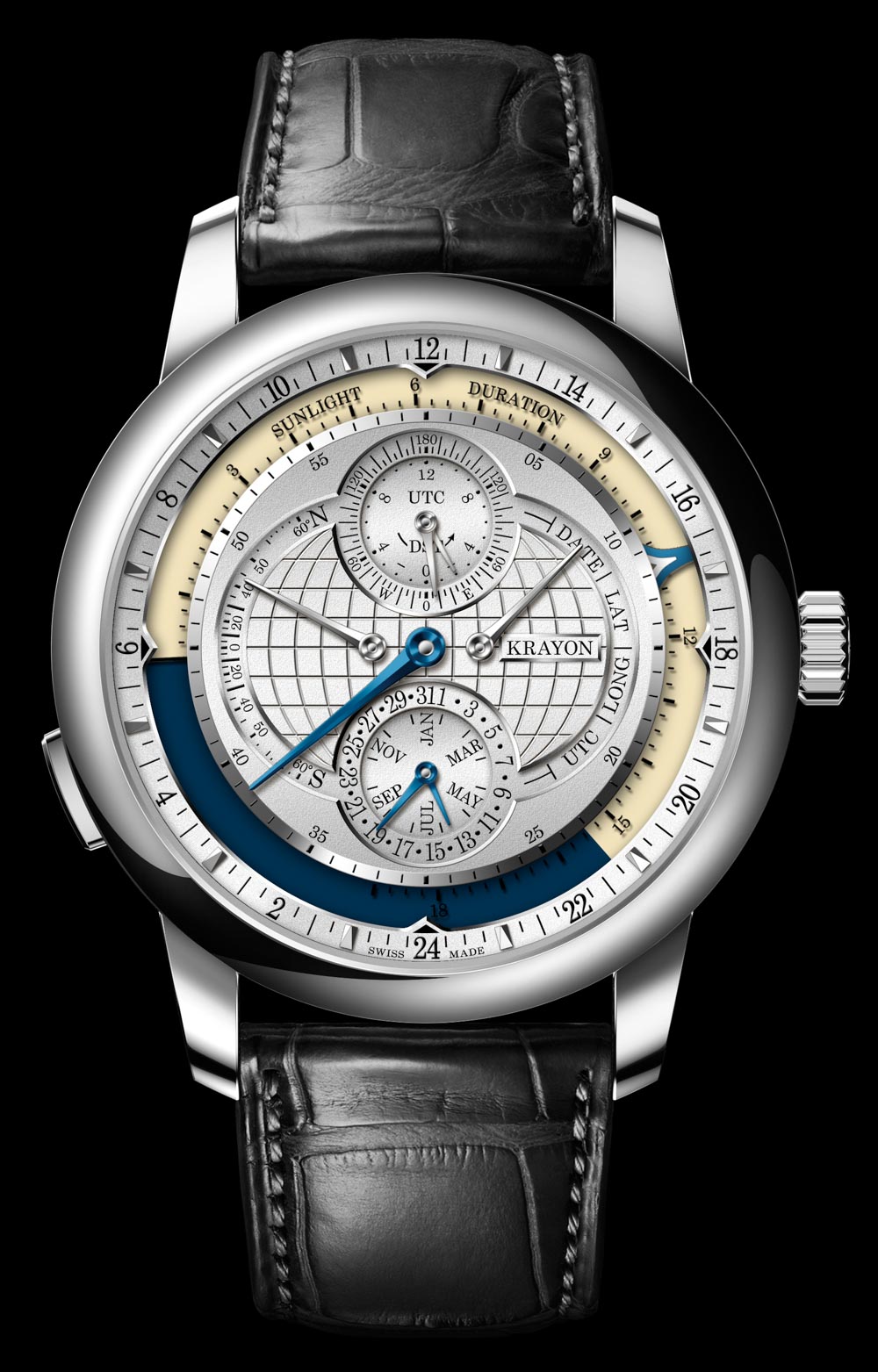 Like a breath of fresh air, the Krayon Everywhere watch will soon swoop in to the high-end watch industry in Switzerland and introduce some sorely needed actual innovation. With a movement designed by a relative newcomer, and a presentation that has yet to be refined, Krayon Everywhere is the top-shelf mechanical indie watch we need in 2017. 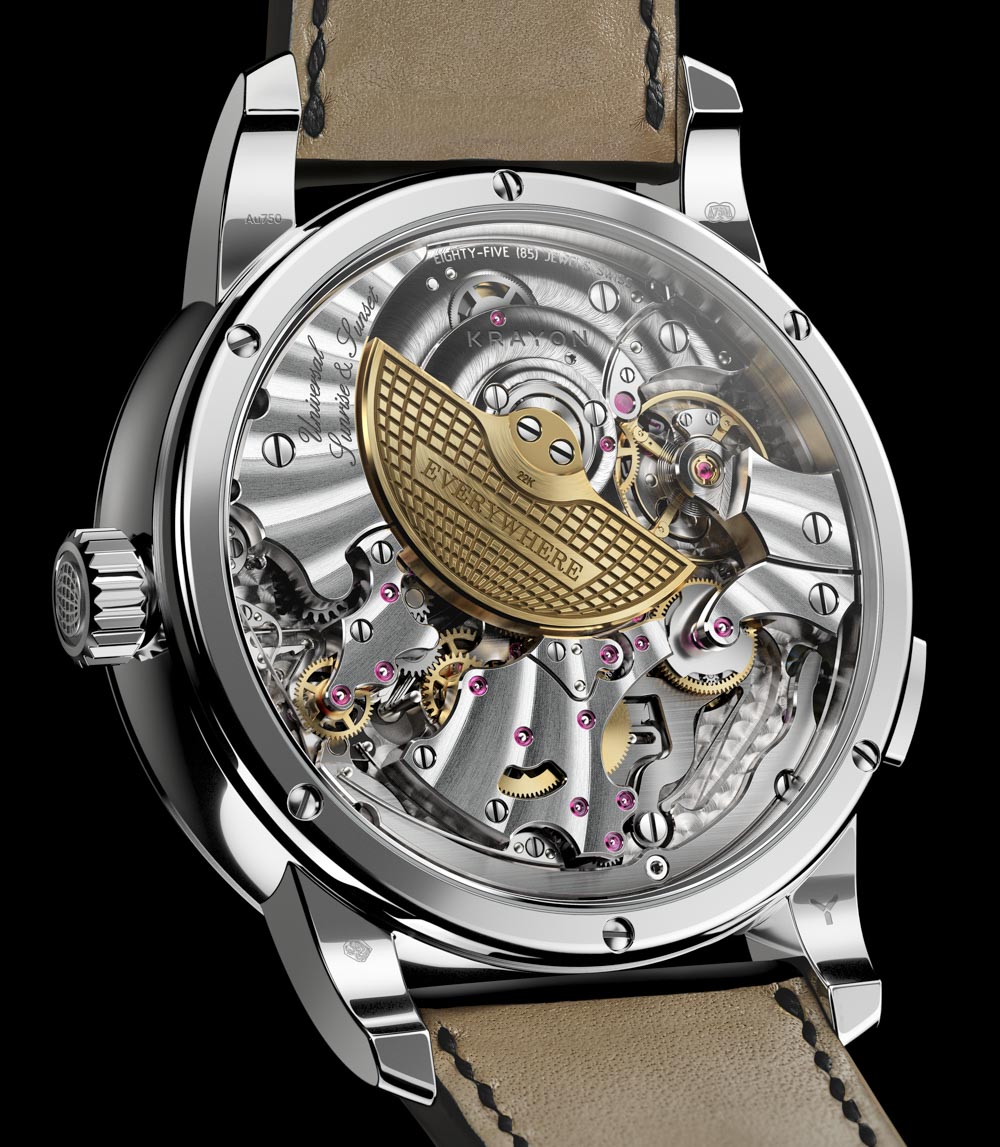 Remi Maillat is the man behind Neuchatel-based Krayon (no relation to Crayola Crayons mind you), which is said by them to have been started in 2013 serving “prestigious clients as well as his own creations.” Note to the marketing department here (in fact all marketing departments). You never want the company to refer to some of its customers as prestigious. That implies that not all clients are “prestigious.” On top of that, this is a new brand so it pays to be a bit humble. Also, the name of your company is Krayon – a term associated by the vast majority of adults as something you used to smear crude drawings on off-colored newsprint paper when you were under 10 years old. At least in my life experience none of that screams “fancy mechanical timepiece.” Still, I’m open-minded.

The watch is called the Everywhere, which is of course, because the watch works everywhere. See the astute logic in that? The main technical speaking point is an intellectually stimulating idea that the movement has been turned into a simple calculator. The product of the calculation being the amount of light versus dark in a day, taking into consideration the seasons and the location of the place on earth you are in. Variables in the formula are set by the user, which I’ll further explain below.

Until now this was not a feat that mechanical watches could perform. What did exist is a watch that could tell you the sunrise or sunset time in a single city, with the latitude and longitude of the location being programmed into the movement when it is originally being set. If you wanted to know the sunrise and sunset time anywhere in the world and be able to adjust it yourself on the fly, then you’d be poorly limited to something electronic and probably made in Asia. Casio has been leading the market on sunrise/sunset time watches for all those people who have more simple sensibilities such as practicality and ergonomics. They are wonderful, functional, and very handy devices. But their snob cred is zilch. So now the Swiss pick up where the Japanese left off long ago and will now possibly make sunrise/sunset time the new haute complication in high-horological machines. 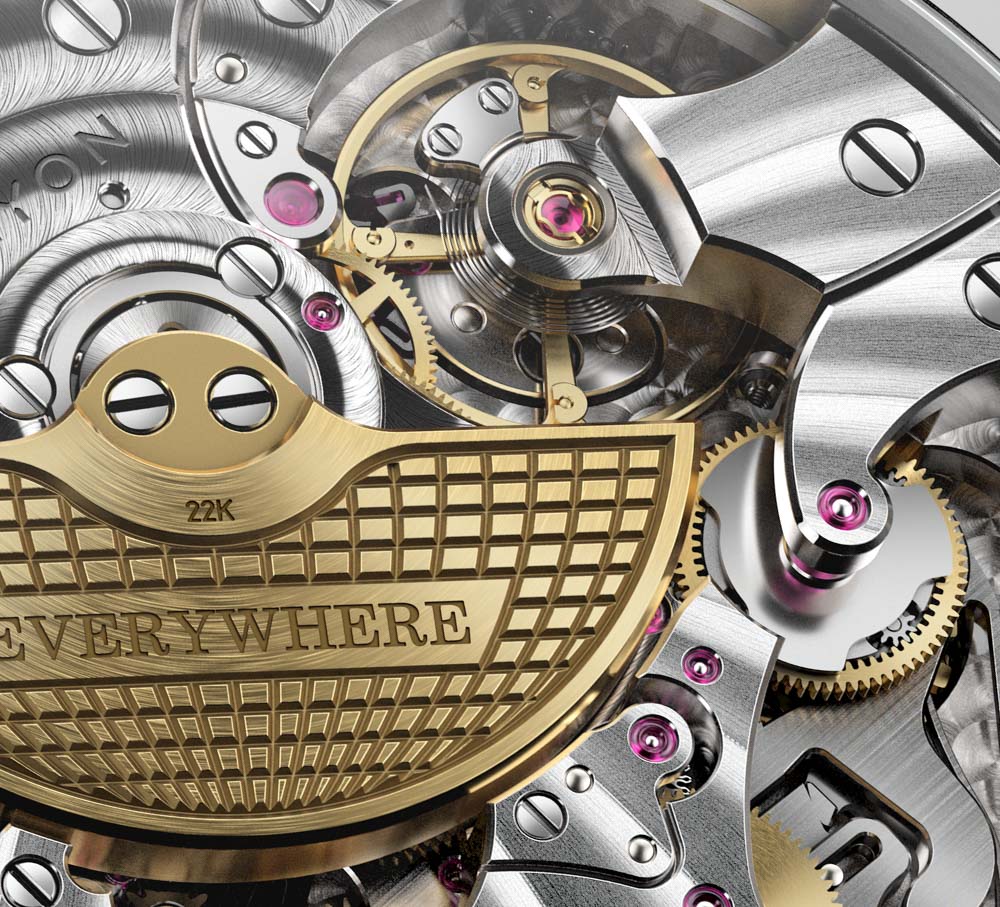 Many of today’s leading fresh watchmakers don’t just have a strict background in watchmaking, but also formal educations in micro-engineering. This is a particular form of engineering which some schools in Switzerland specialize in. These skills are in high demand, and are often used by the robotics, medical device, aerospace, prototyping, and watch industries. Often times the watch industry gets the least eligible new talent that gravitates to the larger industries demanding their attention. With that said, any micro-engineer seduced by watchmaking, or for those who see it as a business opportunity to commercialize their artistic sensibilities, tend to do well in the watch world. At least in Switzerland that is. 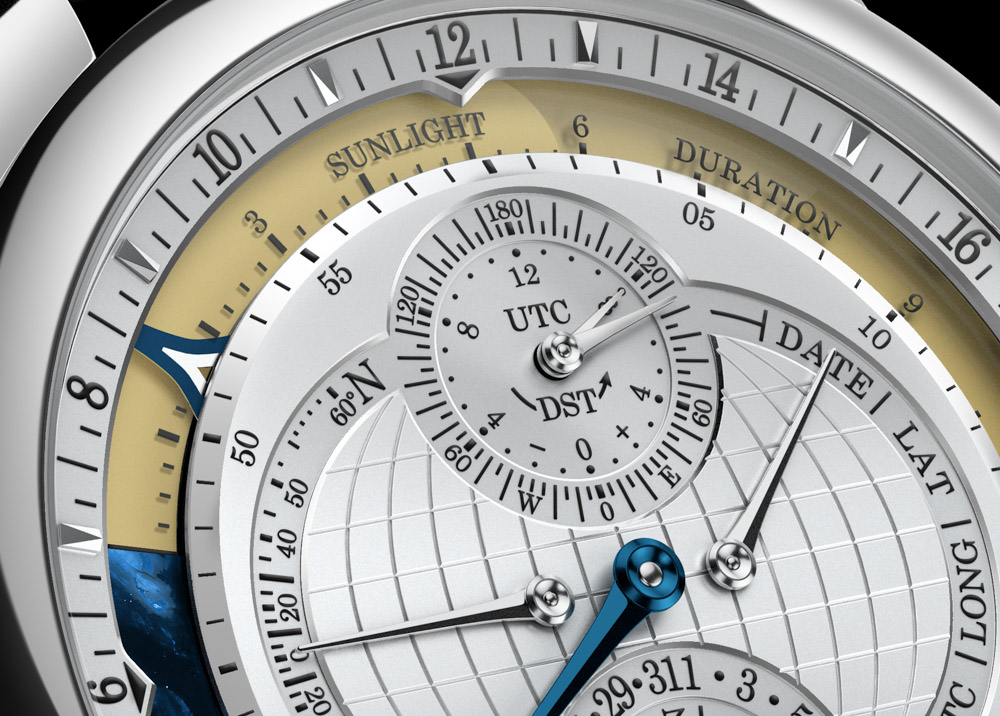 Armed with an interest in craftsmanship and math skills, Remi Maillat is among the (still too few) new talents coming into the watch world to ensure it stays interesting. With that said, one can see how novices to the watch world can make a lot of mistakes. Even if the Krayon Everywhere product concept is great, you can see how the watch has design issues and certainly marketing ones. Though, in each of these is room for improvement and the brand is ripe with potential.

In classic style, the Krayon brand’s debut product – the Krayon Everywhere looks like an IWC mated with a Vacheron Constantin. The dial design challenge is no doubt tough – having to logically and attractively handle a lot of information. With that said, the dial is a jumble of colors and finishes that you know can’t look good in person. Polished silver hands on a shiny silver dial? That isn’t legible, but at the same time it is likely on purpose. Those hands are not meant to be used all the time, so you don’t want them being easy to see all the time. I love the promise here, and maybe in person I’ll feel different, but there isn’t quick enough elegance here for my tastes when it comes to more traditional looking designs. 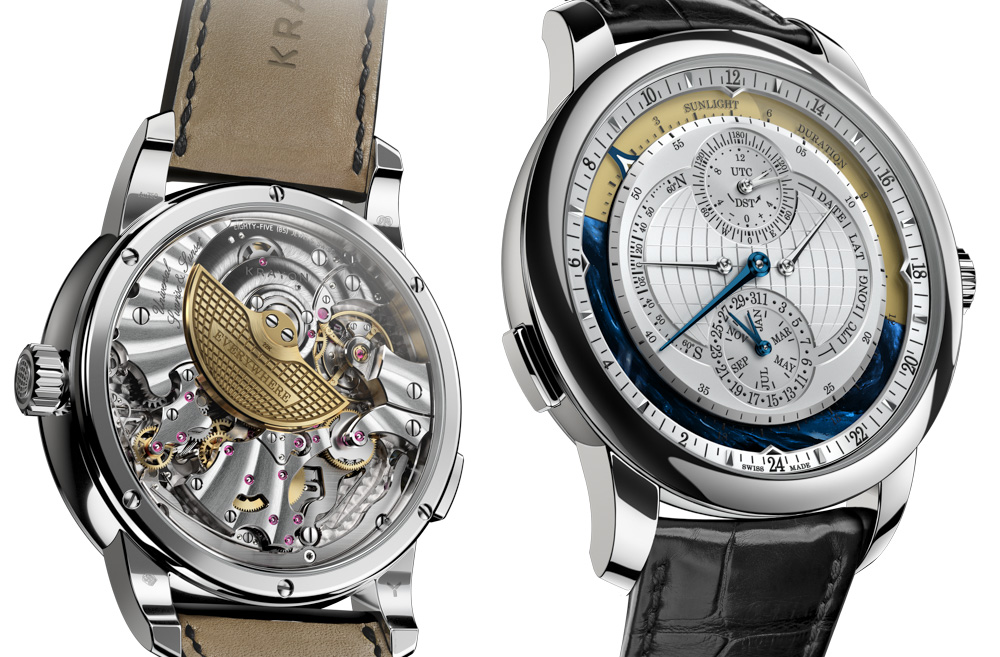 The good news is that Krayon can take this same dial design and render it in many different ways. I think with a less traditional design angle these might be really cool. If you went traditional, I’d prefer a more harmonious mixture of design elements. When your eyes wander more than a few seconds and you aren’t sure what to look at first, then you know there is a lot going on.

Again, I want to compliment the intense effort of the design as it is now. While I think it has room to improve, you can see a steady level of attention to detail in as many places as possible. If all the watches the big brands released had this attention to ergonomic detail, then I think we’d be seeing a timepiece market with a lot more best sellers. 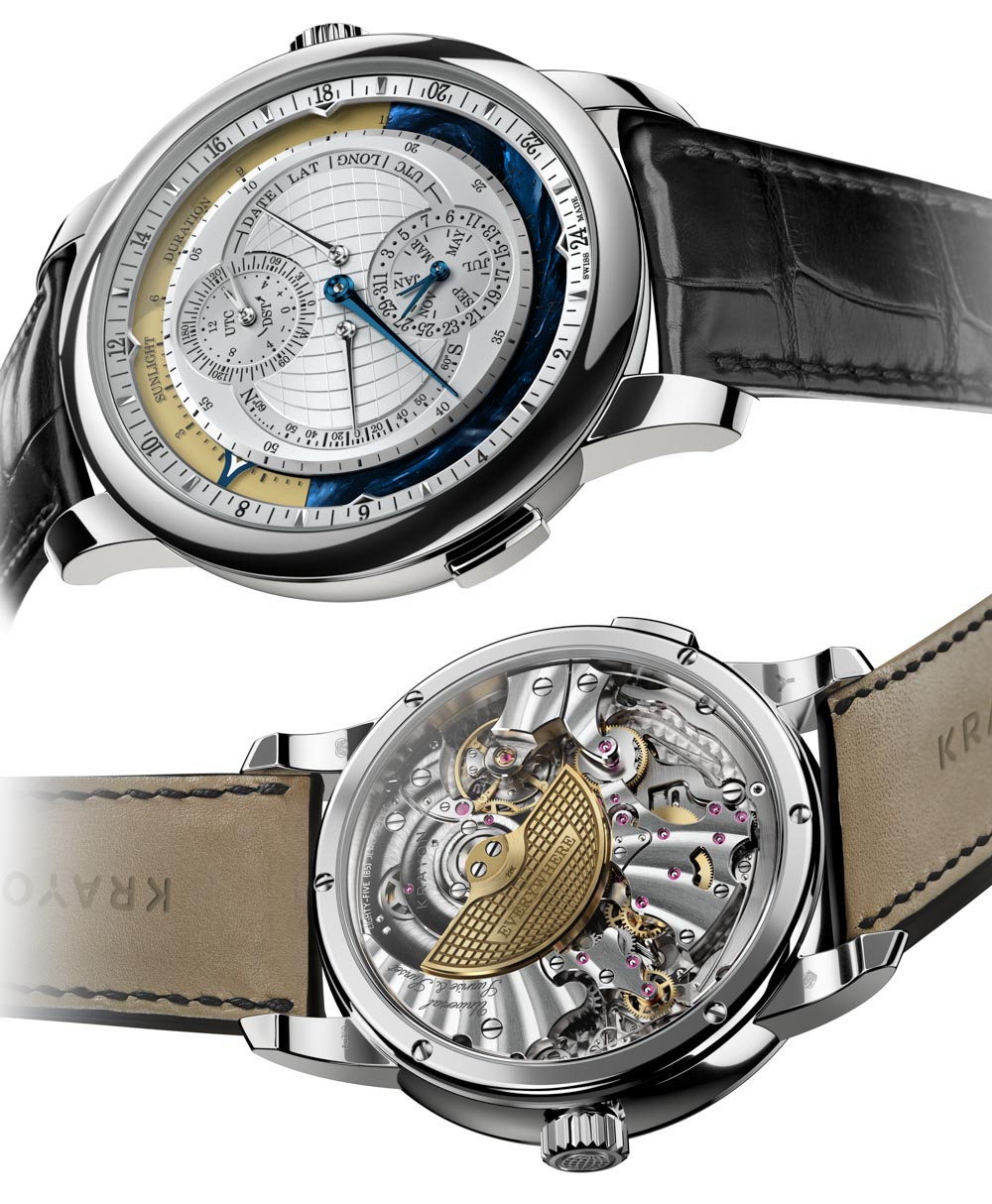 The last watch that I wore which looked like the Krayon Everywhere was from California-based Yes. The not too well-known company produced an analog/digital version of basically this dial concept – only the Yes watches do a lot more. With that said, the basic idea of the dial is to combine a central 24 hour hand which makes one full revolution each day, with a variable peripheral scale showing the times of the day when it will be light and those hours which are dark.