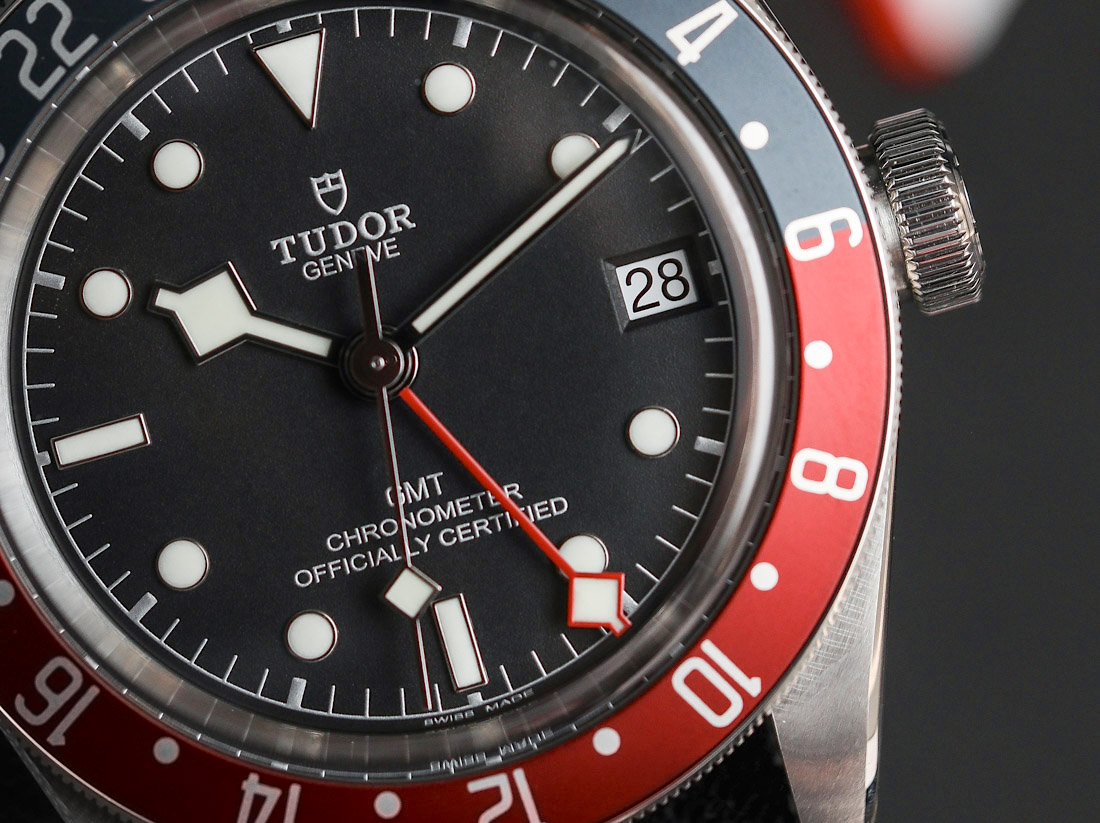 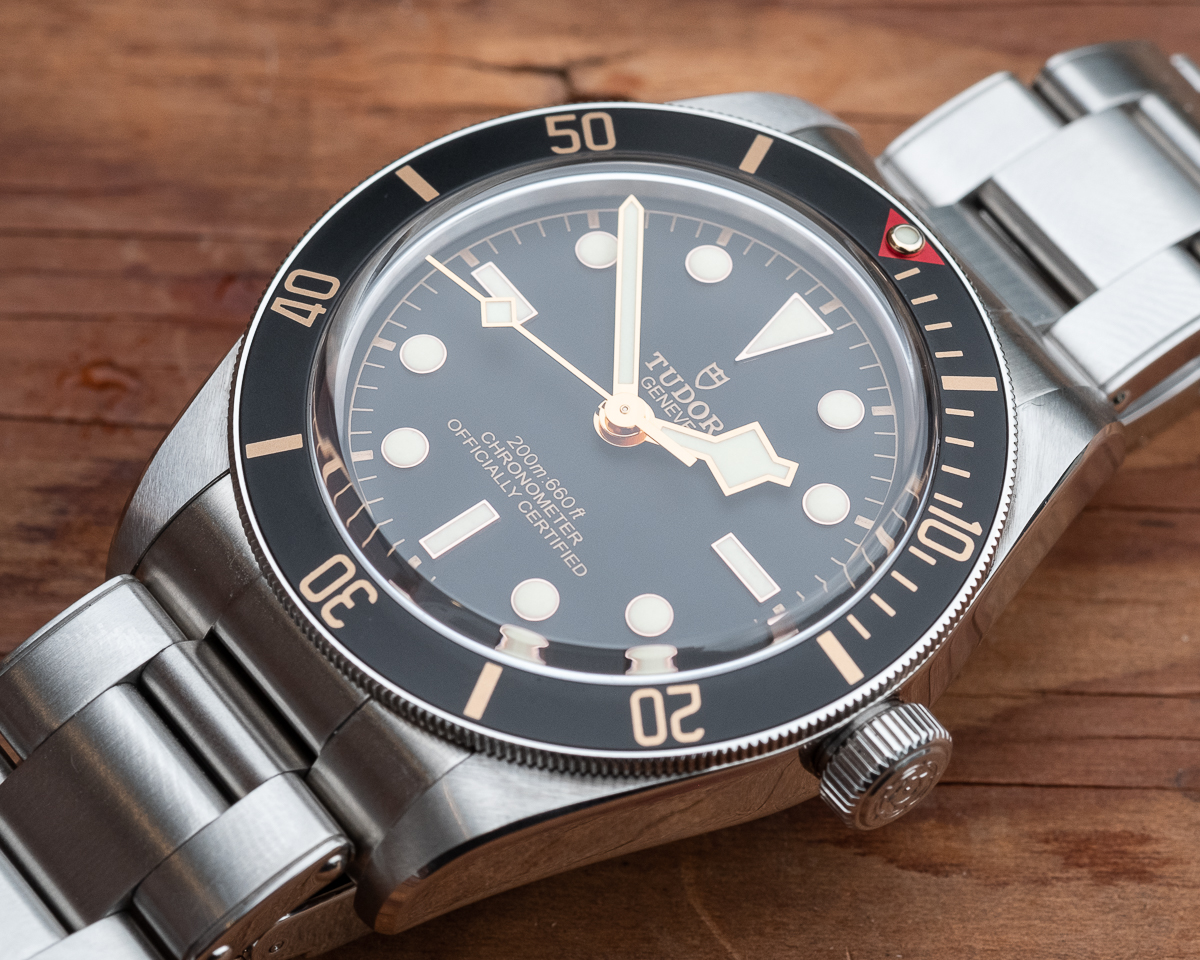 September was a big month for lovers of Tudor, IWC, and GMT watches. We have reviews of the new Black Bay GMT and Black Bay Fifty-Eight. This was also the month that Grand Seiko also announced their very first 9F Quartz GMT watches. Our popular Cost of Entry series makes a comeback with one of the most popular brands, IWC. Which entry-level IWC should you consider if you are a first-time IWC buyer? Finally, we take a look at the implications of Nivachron, the new balance spring alloy that was jointly developed by the Swatch Group and Audemars Piguet.

From around the internet, we have a story that explains the motives and reasons behind Chanel’s decision to acquire a 20% minority stake in F.P. Journe. Then there’s an in-depth look at the Krayon Everywhere. Despite the somewhat silly name, the Everywhere is a highly complicated and aptly named watch. It is the first watch in the world that is able to tell sunrise and sunset times just about anywhere in the world. Finally, four watchmakers tell us if it is advisable to keep our watches running when we are not wearing them.

Rolex and Tudor teamed up this year to give us a GMT double whammy in the form of the new Pepsi GMT-Master II and Black Bay GMT. We all knew that the Pepsi GMT Master II was coming at some point in time, the only question was when. The Tudor Black Bay GMT, however, came out of nowhere. To this day, I still can’t quite believe that Tudor would release a GMT watch with a Pepsi bezel at the same time Rolex released their long-awaited Pepsi GMT-Master II – in stainless steel, no less. With the wait list of the new Rolex Pepsi GMT-Master II said to be years long, maybe it’s time to take a closer look at the Black Bay GMT instead?

The rise of Tudor after the first Black Bay watch was announced has been interesting to see. As much as I love the Black Bay, I’m a bit disheartened to see that Tudor has released so many variants of the watch. I think this dilutes the collection and makes it less focused than it should be. Still, there are times when Tudor announces something really special and I think the new Black Bay Fifty-Eight is one of them. In essence, the Black Bay Fifty-Eight is a smaller version of the regular Black Bay divers. Those were 41mm wide. The Black Bay Fifty-Eight, on the other hand, is 39mm wide and 11.9mm thick. It doesn’t sound like much, but on the wrist, it is a much more svelte and wearable watch and has a much stronger vintage vibe about it.

Ever since Grand Seiko announced that it would operate independently of its parent company Seiko at Baselworld last year, they have been aggressively introducing new models. One of their most significant new models is the Grand Seiko 9F Quartz GMT. These are equipped with a brand new 9F quartz movement that is also the first to incorporate the GMT complication. Before you scoff at these quartz watches, know that Seiko makes some of the most advanced quartz movements in the business. It’s made entirely in-house, of course, and they are thermo-compensated, which means an accuracy of, get this, around 10 seconds per year. To top it all off, these watches look pretty smart too and are quite attractively priced considering the amount of tech they offer.

IWC is one of the most popular brands around. Their success can be attributed to strong marketing and also equally strong watch designs. If you ask me, IWC is best represented by its pilot’s watches. After all, IWC was one of the five brands commissioned to make pilot’s watches during the Second World War. And if you are thinking of getting an entry-level IWC, then the model you should be looking at should definitely be the IWC Mark XVIII. I’m a fan of this model even if I think there are certain aspects that could definitely be improved. In this article, we take a close look at the IWC Mark XVIII and see how it stacks up against other watches from rival brands like Bremont and Breitling.

If you haven’t noticed, Cartier doesn’t do your run-of-the-mill simple round watches. Their signature pieces, the Santos, Ballon Bleu, and Tank, are all watches with unique case shapes. In keeping with this spirit, Cartier launched its Drive de Cartier watch collection in 2015. These watches are not round, but instead have a cushion case shape. So in a way, the Drive de Cartier watches look more conventional as compared to Cartier’s other models. One of the more interesting models from this collection is the Drive Extra-Flat. It is, as its name suggests, remarkably thin at just 6.9mm. Coupled with its 39mm case width and 44mm lug-to-lug distance, the Drive Extra-Flat has all the necessary ingredients for a handsome, dressy watch.

Mechanical watches may be ancient and outdated technology but that isn’t stopping watchmakers from seeking ways to improve the mechanical watch movement. One way is through improved materials. Silicon, for example, has become a very popular material for watchmaking because of its resistance to magnetism and wear and tear. And now, the Swatch Group and Audemars Piguet have jointly announced Nivachron, a non-magnetic alloy that would be used to make balance springs. The invention of Nivachron is important for a number of reasons. Though silicon has emerged as a favorite among some watch brands, it is known to be brittle and prone to breaking. Nivachron, which is a metal alloy, seems like a fair compromise as it is highly paramagnetic but far more malleable than silicon and won’t break as easily. More on Nivachron and its implications in the link below.