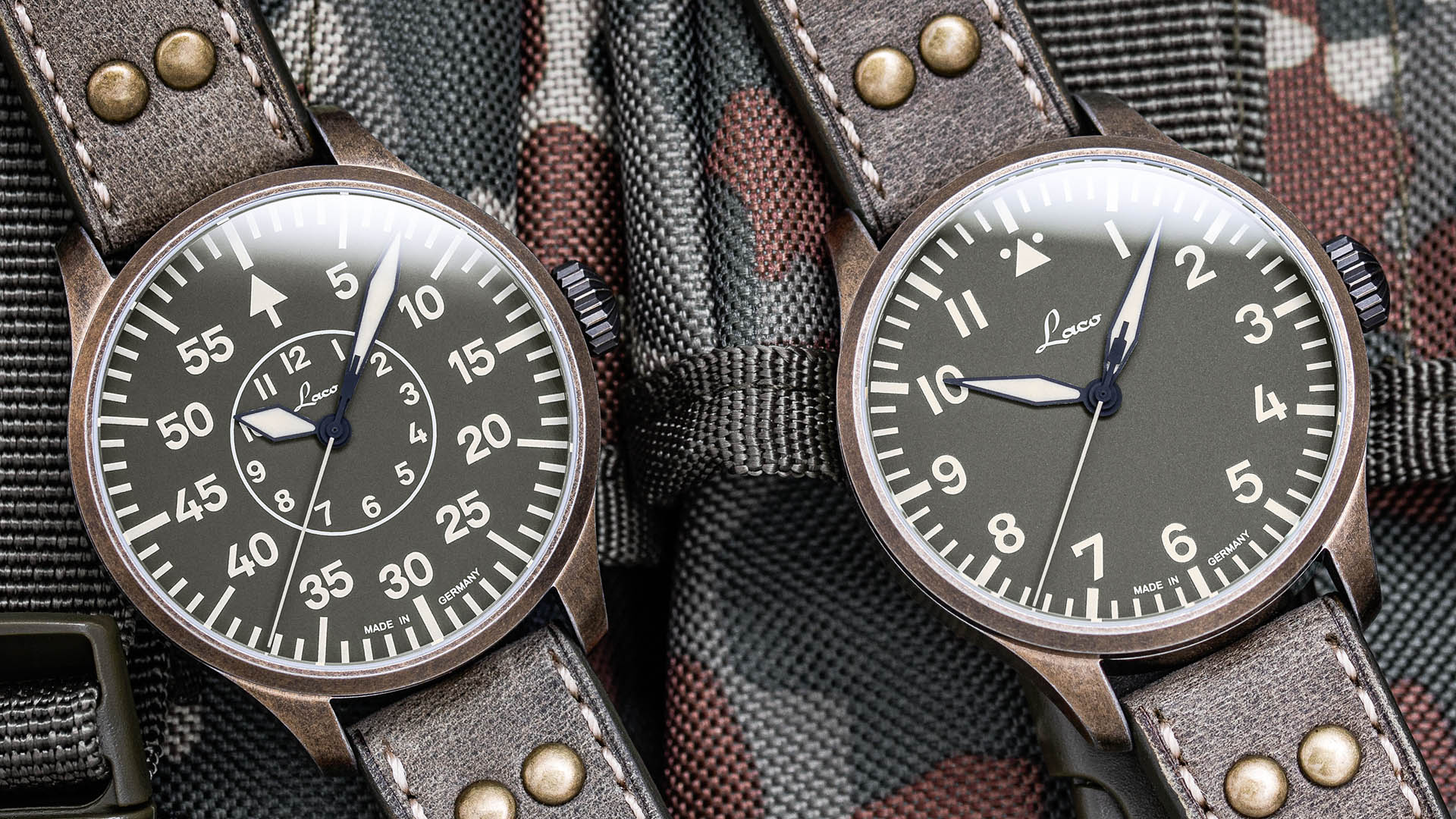 Over 80 years after their introduction, the flieger design standards set down by the German Luftwaffe in the early days of World War II remain the backbone of most modern pilot watch design. German tool watch specialist Laco has one of the closest ties to this design lineage of any brand, as one of the five companies contracted by the German government to make the original flieger watches, and the brand has continued to evolve the clean and utilitarian style ever since. Laco’s first major releases of 2021 continue this tradition, reimagining two of its core pilot styles with a patinated military look. The new limited-edition Laco Augsburg Oliv 42 and Laco Aachen Oliv 42 help to prove the longevity and versatility of the core flieger design, giving the utilitarian concept a rugged new sense of worn personality.

Both the Laco Augsburg Oliv 42 and the Laco Aachen Oliv 42 begin with Laco’s elemental 42mm flieger watch case in stainless steel. The form of this case should be familiar to any pilot watch fan, with a prominent domed crown, long tapering lugs, and a narrow sloped bezel to offer as much real estate to the dial as possible. Where these new models diverge from previous iterations is finishing. Laco treats both new models with a unique process to emulate the look of aged bronze, and initial images show an impressive range of tones from nearly black to a dull gold. The brand has proven itself to be something of an expert at the process of faux-aging, although this is the first intensive execution of these techniques in its entry-level fare. Laco equips both models with sapphire display casebacks, while water resistance for the pair is on the low side at 50 meters. 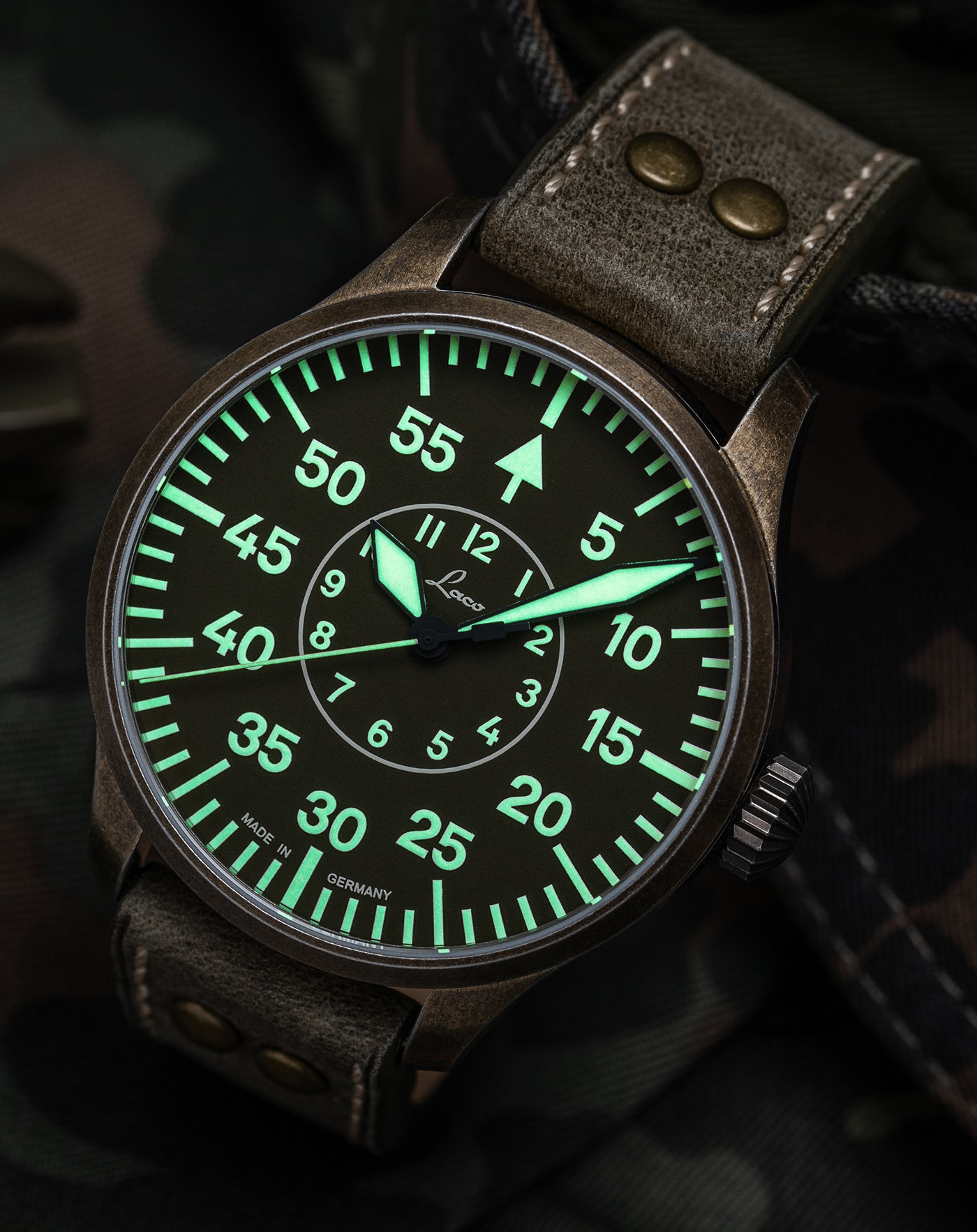 Like the cases, the dial designs of both the Laco Augsburg Oliv 42 and the Laco Aachen Oliv 42 Follow the same general flieger philosophy as previous models. The simpler dial of the Augsburg Oliv 42 follows the brand’s “Typ A” flieger standard, with a bold printed minutes track, large easily legible Arabic numerals, and the signature diamond-shaped pilot watch handset edged in a sensibly utilitarian black. The Aachen Oliv 42, on the other hand, follows the “Typ B” or observer’s watch format with an outer minutes scale and an inner hour track aided by a far starker deviation between the hours and minutes hands. As the name might suggest, what these new models offer is a unique faded olive green dial colorway. This military-inflected hue nicely complements the worn bronze look of the case in initial images, while Laco’s choice of a light khaki “old radium” lume treatment gives just enough of a sense of age without feeling forced. The choice to keep both models as no-date variants helps to preserve the functional purity of the flieger concept, while keeping the overall look simple and balanced. 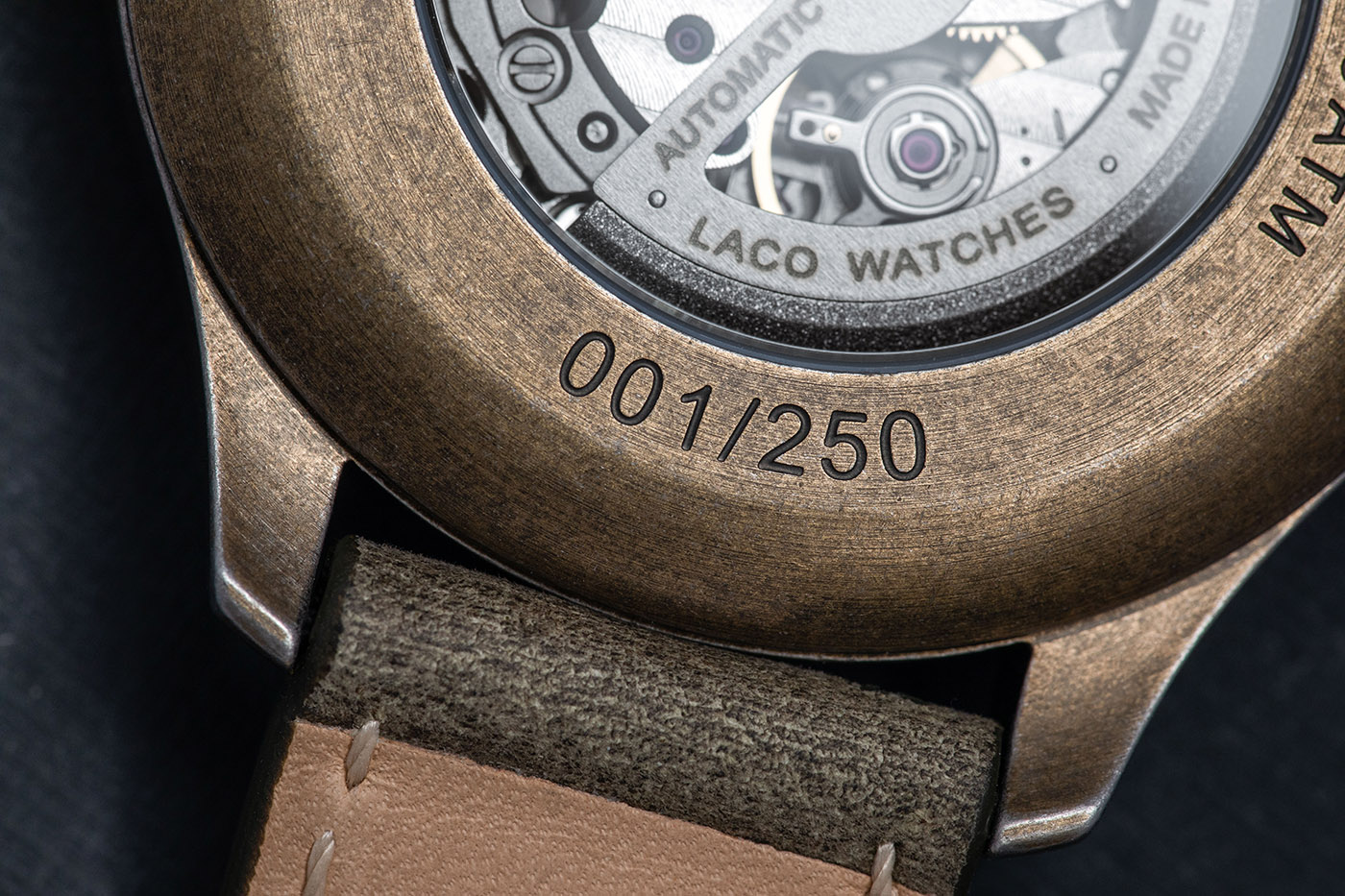 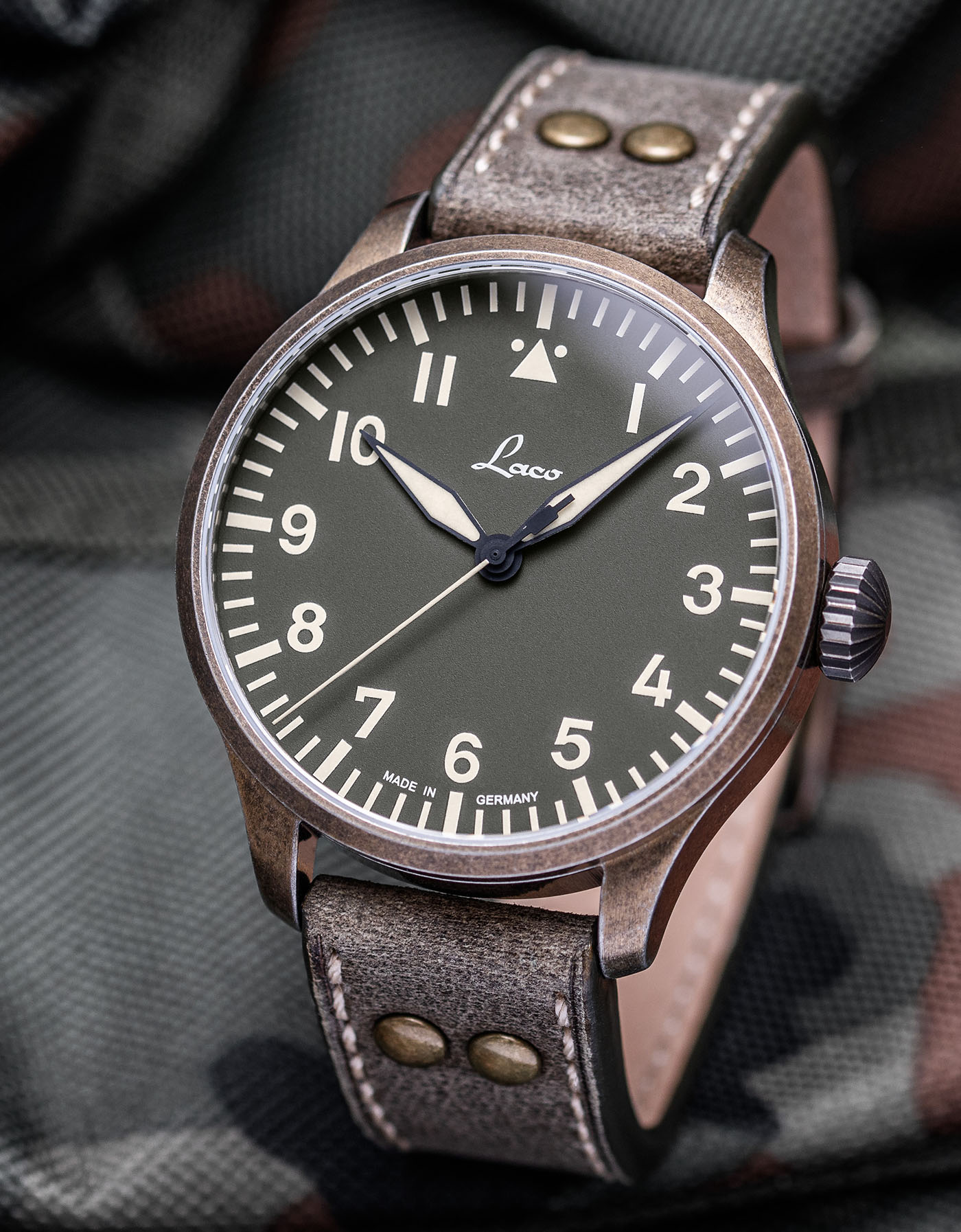