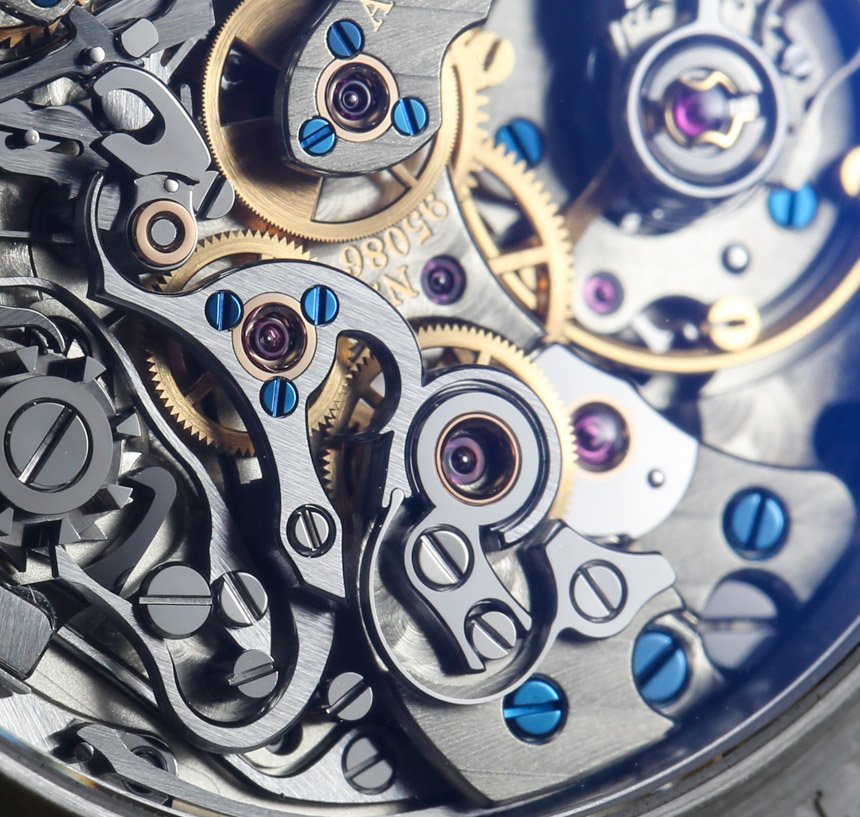 A. Lange & Söhne Datograph Up / Down Watch Review 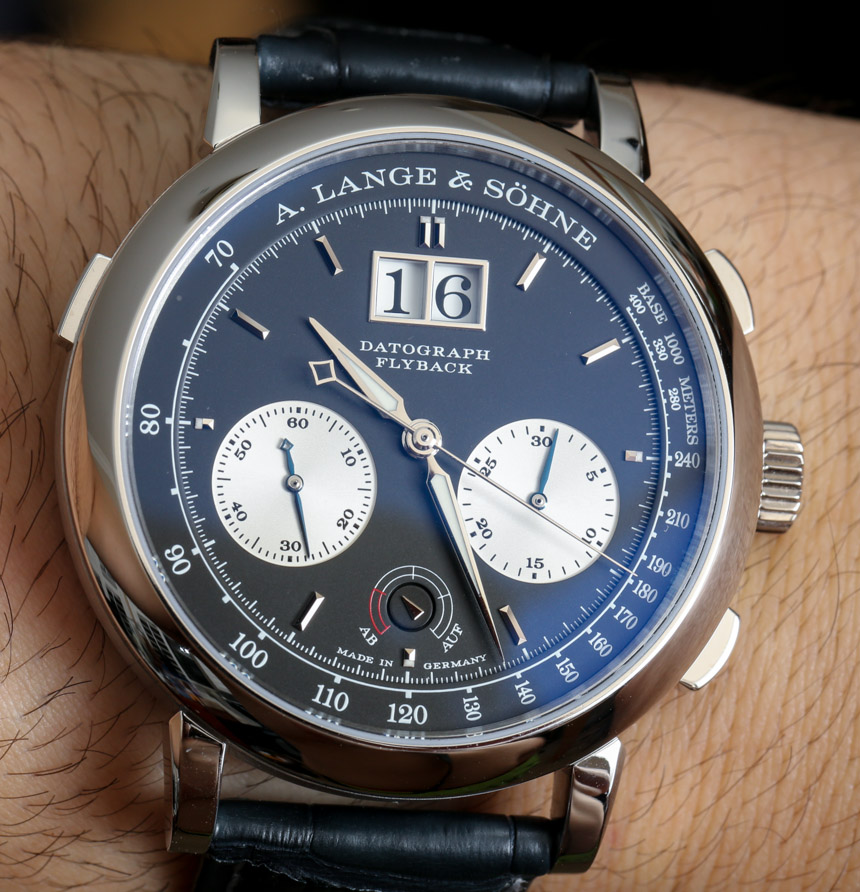 This Datograph Up/Down is the stuff grail watches are made of. A sublime Teutonic expression of watch making perfection so timeless it escapes all notions of era, style, or trend. A watch for all times and ages, pieces by German A. Lange & Sohne are what many watch lovers strive to acquire. Sounds lofty? That statement isn’t so unreasonable considering our monitoring of what colleagues and your fellow readers have said and felt about A. Lange & Sohne watches over the years. Not to mention my and the team’s own feelings about A. Lange & Sohne as a brand. What it comes down to, is that Lange has a unique formula that attracts watch lovers like bees to honey. So before I get to the actual review I feel it is a good idea to discuss more about what we feel about this brand and why we feel it.

The funny thing is how different people are attracted to the brand. I don’t know anyone who dislikes A. Lange & Sohne, but everyone has their own relationship with it. For instance some people have a particular piece they fawn over and consider a real grail watch. Perhaps your dream timepiece is a Datrograph Up/Down such as this or maybe a Lange 1. Other people however don’t have any particular Lange watch they are currently pining for, but simply have an immense level of respect for the brand. In understanding the appeal of A. Lange & Sohne, I think it is more valuable to focus on this latter idea – that people identify and respect the brand’s values as a watchmaker. 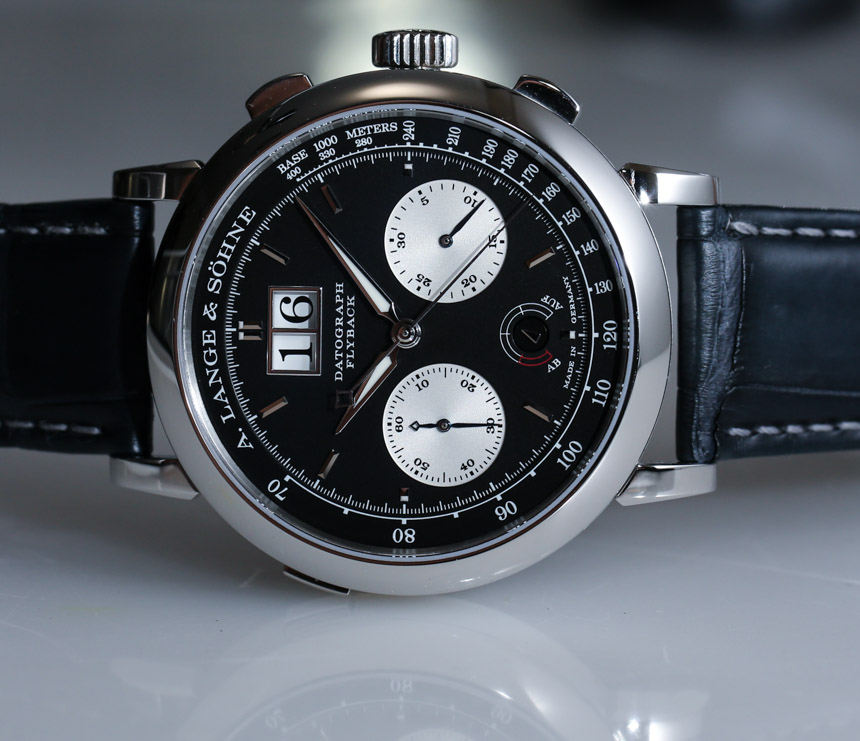 Those values are plentiful and not wanting to sound like a Lange marketing person I will identify those that I think they succeed at the best. This is important because when it comes down to it, people freely spend their money on luxury products because of a sense of confidence in the brand. Confidence that the product is worth the asking price, and confidence that the brand has a collective sense of wisdom and skill gained from years of experience, and that few others are able to replicate their work output.

Allow me to mention three things about Lange as a brand and watchmaker that they do quite well. First, they produce products that are undoubtedly useful tools. That doesn’t mean their tools are necessarily modern or advanced, but rather that they are precision instruments designed to perform a task. That task being to tell the time and perhaps other related information. Lange watches are easy to read with properly sized hands and legible dials. The functionality is logical and easy to understand, while the tools sit comfortably on the wrist and are designed to work well and last a fair amount of time. You rarely get the impression that much on an A. Lange & Sohne watch is just for show. It holds true to what many people feel is the most important definition of luxury – a well made object of utility that is expensive because it was produced without consideration for cost rather than to merely be expensive due to the inclusion of valuable materials. The point is that Lange makes something valuable rather than assembles valuable things into a final product – and they’ve held true to this ideal rather well. 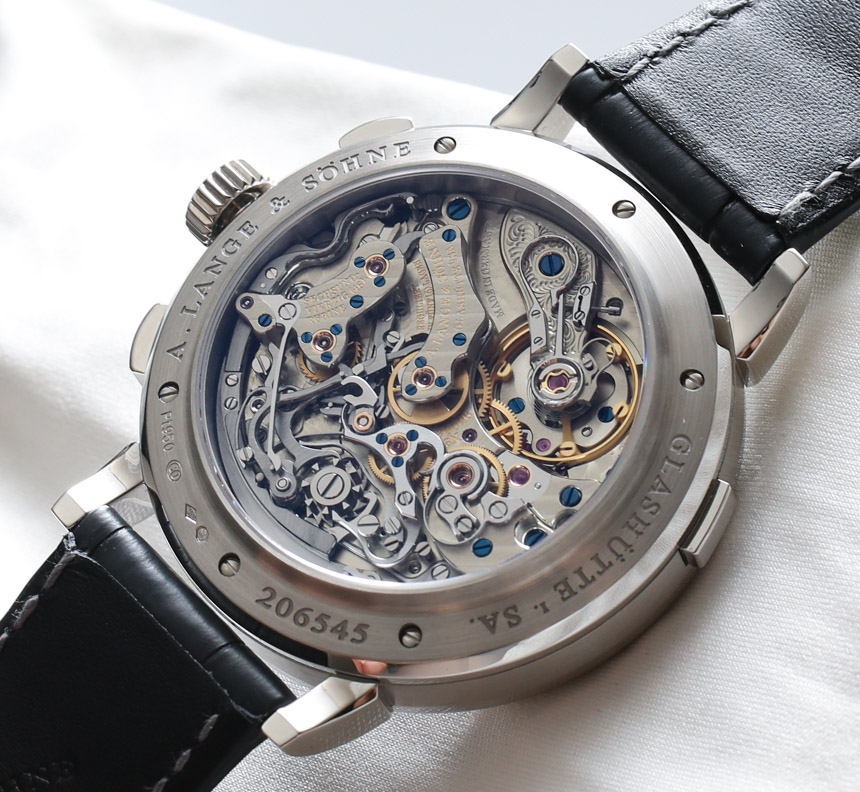 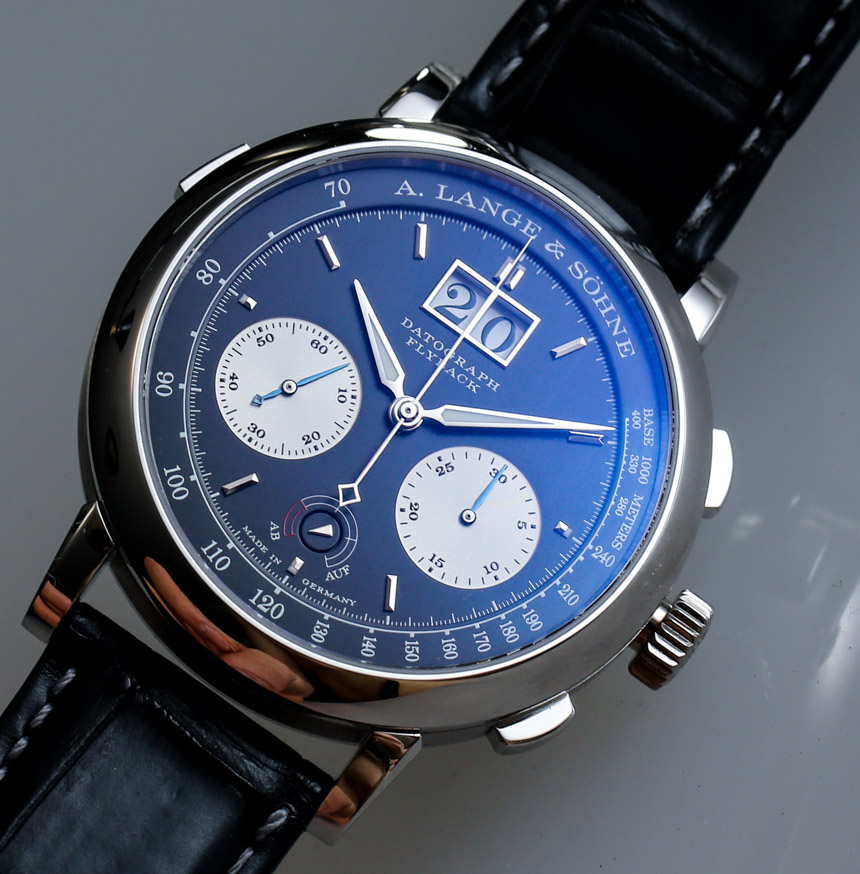 Second, A. Lange & Sohne watches are designed without any focus on modern trends or contemporary style. In my opinion the surest way to destroy any hope a product has of being timeless is by designing it to be trendy. If you make something intended to fit in “right now” the typical result is making sure it is “out” tomorrow. I’ve never seen a Lange watch that looks like it is trying to be stylish or fit in with an upcoming runway show. Frankly speaking, in my opinion “fashion” is a dirty word when it comes to pure watch design. To me “fashion” implies form over function, and I believe that concept has no place in the design of a precision instrument.

Lange watches clearly have a style, a sense of traditional German design taken originally from pocket watches and other instruments, but that doesn’t mean they appear to be embellishing their cases and dials with too many decorative elements that don’t assist the core design. Sure there are rare exceptions such as the extremely uncommon A. Lange & Sohne Handwerkskunst pieces (with unique hand engraved dials), but when it comes down to it, there is a conservative cleanliness with simple traditional personality to these watches that few people take issue with. The worst thing in the world one could say about some Lange watches is that they are boring. I probably thought so at some point early in my appreciation of watches when I was new and looking to be wowed by wild designs. I think many people go through that phase. Eventually I came to appreciate, and finally prefer designs such as this which focus on purity and functionality above all else.  People used to wild contemporary designs intended to attract attention will perhaps feel underwhelmed by the conservative approach of Lange… but eventually all people with good taste will come around. 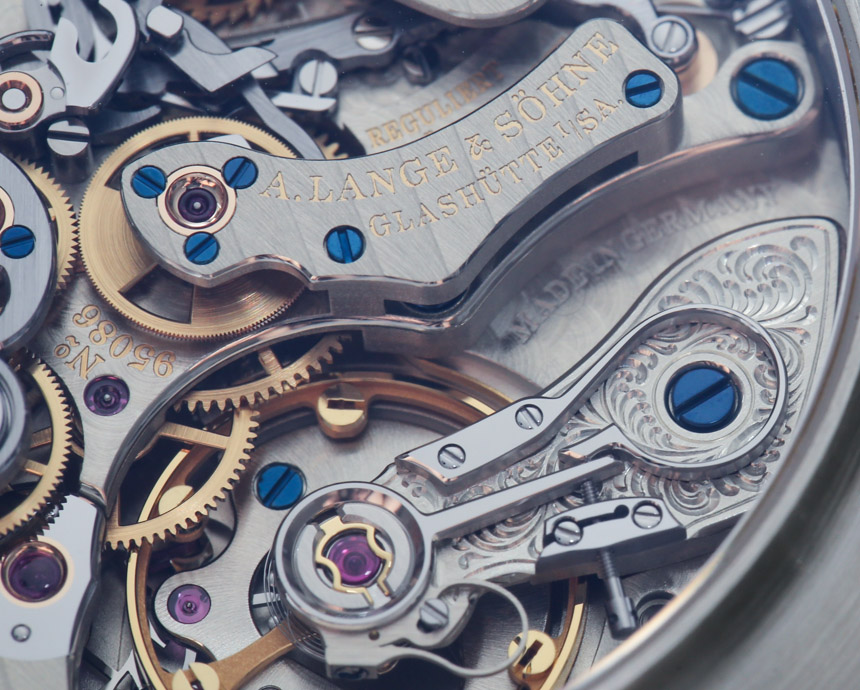 Finally, before I delve into the topic of the Datograph Up/Down itself (which is why you probably came here), I’d like to briefly mention the last reason we are discussing what makes A. Lange & Sohne an attractive brand. It is that they take the production of movements as seriously as watch lovers want to believe brands do. The allure of a luxury mechanical watch is really the allure of hand-made items of function and art. Purchasing a mechanical watch doesn’t require a large investment, but purchasing one produced with love, care, and a German sense of meticulousness is. Many mechanical watchmakers sell the idea of trained artisans sitting and toiling under magnifiers to carefully build small machines dedicated to telling time (relatively) accurately for their lives and the lives of their children. It rarely works that way, but it really does at A. Lange & Sohne.

The brand actually only makes movements. They don’t make dials or cases; their forte is purely in the mechanisms, and they do so wonderfully. What Lange offers is one of the finest operating and decorated mechanical movement in the watch market that is produced with any appreciable volume. Merely viewing their movements appears to be a validation of that fact. They look amazing, and A. Lange & Sohne is setup to producing them with German efficiency and detail. The manufacture is rather modern and growing. In the modern sense the brand began in the mid 1990s. Even though it is more historical than that, it was shut down for many years being located in the former East Germany. So their facilities are modern, but their techniques are quite traditional.