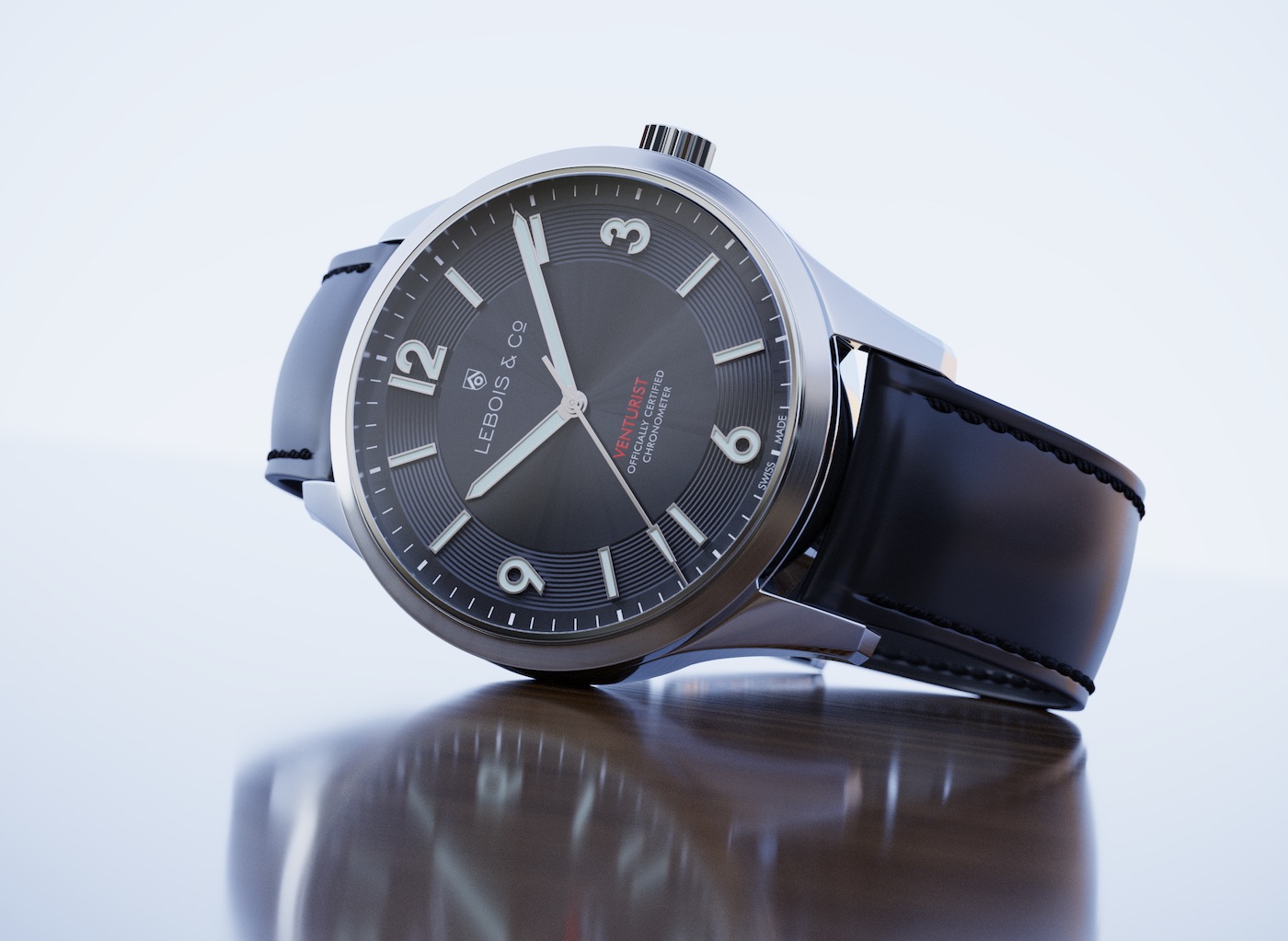 There are a lot of watch brands out there — and an awful lot of marketing noise to cut through to reach the crux of what makes brands different from each other. Lebois & Co has decided to differentiate itself from its price-point peers by outperforming the surrounding competition in the accuracy stakes. Those of you familiar with mechanical watchmaking will have heard the term “chronometer” bandied about frequently. Simply put, a chronometer is a superlative timekeeper. Its ability to keep time to strict parameters is adjudged by an independent testing facility known as  Contrôle Officiel Suisse des Chronomètres (COSC). The Lebois & Co Venturist takes this to the next level. 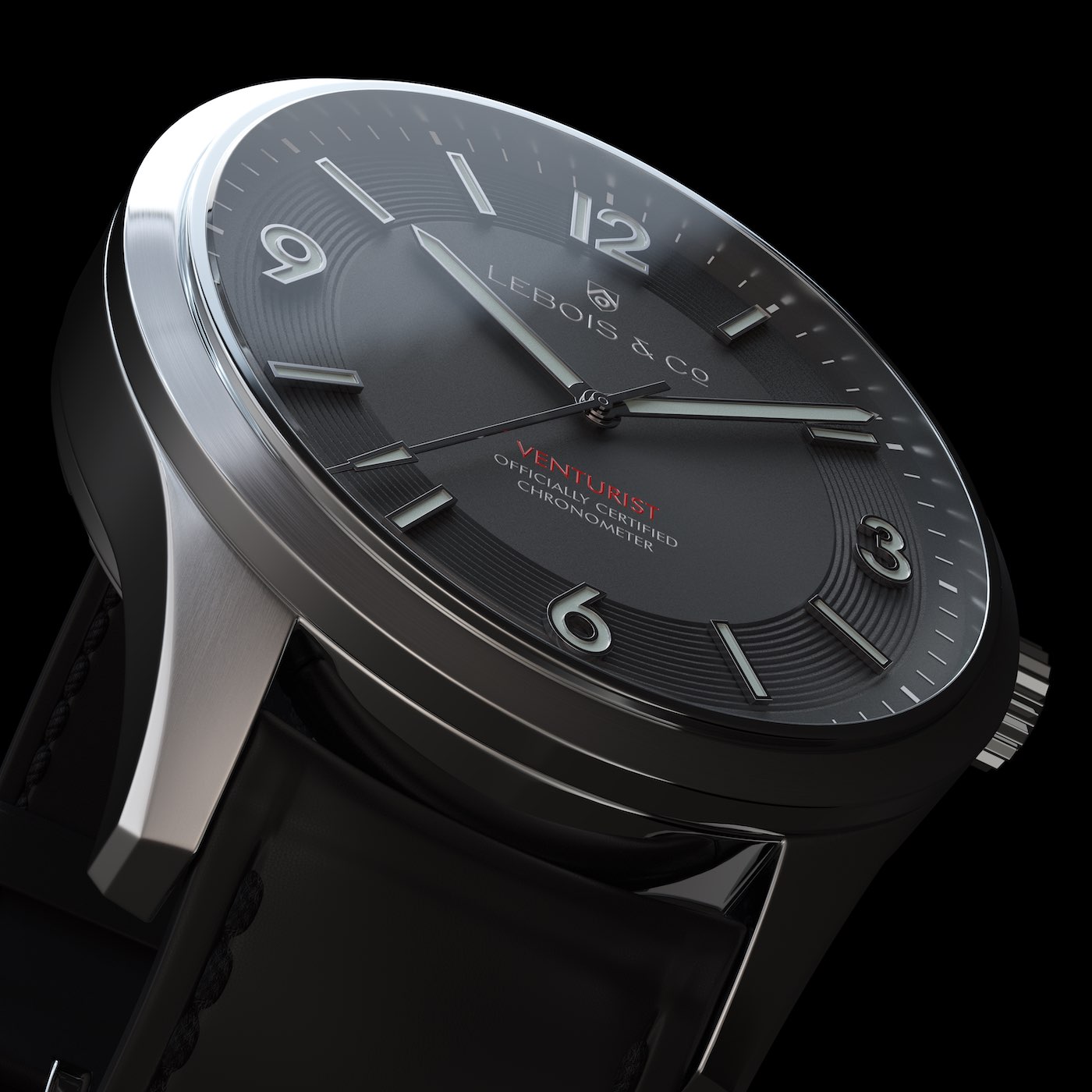 COSC was founded in 1973; three years later, ISO 3159 was established to standardize the definition of a chronometer. Since then, many advancements have been made in material technology, but the chronometer test has, despite minor revisions in 2009, remained largely unchanged. In order to qualify for the designation, a watch must have an average daily rate between -4 and +6 seconds. To ensure that a watch is able to perform within these parameters in real-world scenarios, the movement is tested for 15 days, over five positions, and in three different temperatures (8/23/38 degrees Celsius, or 46.4/73.4/100.4 Fahrenheit). These tests are carried out to ensure that the hairspring is correctly poised and breathing in a consistent fashion around its center-point, not unduly influenced by gravity when the wrist moves, and to make sure that the more delicate components are not adversely affected by atmospheric changes that could also impact timekeeping. 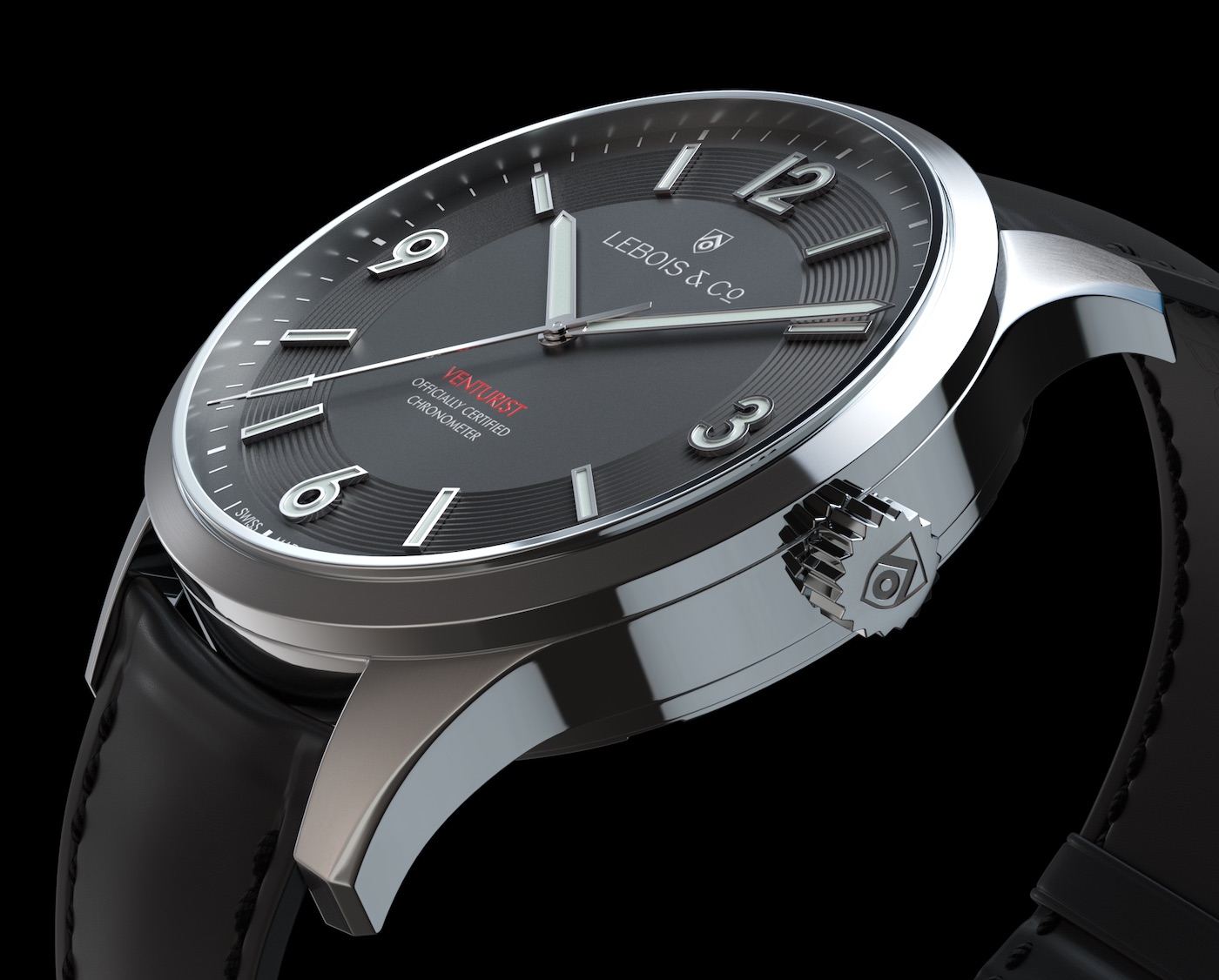 The chronometer test is widely understood and frequently used in marketing materials to hammer home the high quality of the advertised watch. However, despite its seeming ubiquity, only 3% of all Swiss watches are actually chronometer-certified. And while some dismiss it as pure PR nonsense, it undeniably offers a point of separation between brands that have been independently tested and those that haven’t. 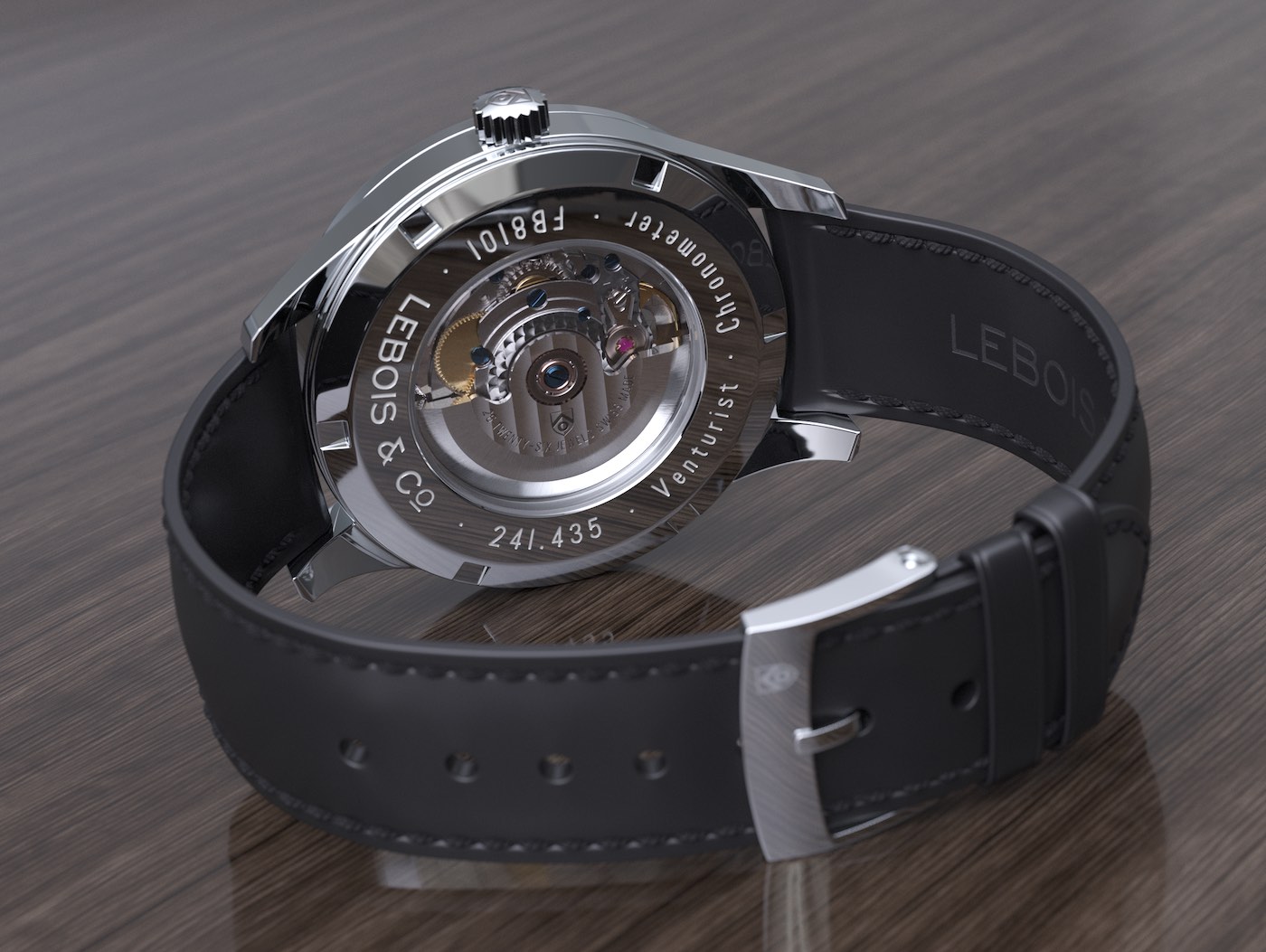 In recent times, we’ve seen several major brands like Rolex and Omega pursue different quality tests. Rolex has its own standards, while some Omega watches are tested externally to a set of specifications defined by the brand in order to ensure optimal functionality in all environments. But not all brands can run or control their own tests in this manner. An alternative for those wishing to stand out from the one million COSC-certified watches produced annually is to pursue certification of an even higher standard. Enter the Observatoire Chronométrique+ certification. 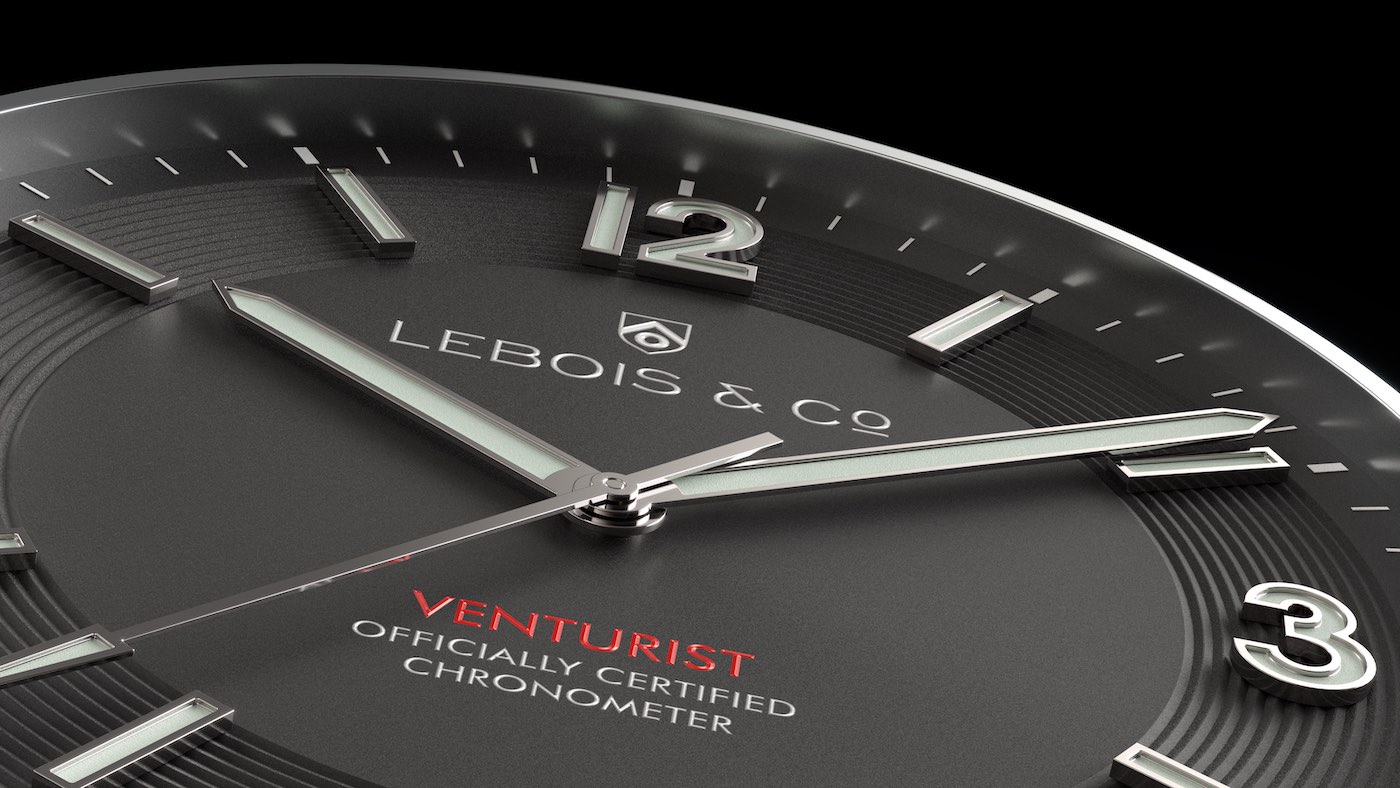 The base caliber of this watch uses a Sellita base renamed the LC-201 following the OC+ test. This test is conducted by independent company Timelab. Timelab conducts its business under the watchful eye of the state of Geneva and has experience in the industry going all the way back to 1886. Not only is this the company that issues the Geneva Seal (Poinçon de Genève) to the very finest examples of Swiss watchmaking submitted for assessment, but they also certify watches under the strict parameters of the Observatoire Chronométrique+ certification.

The test itself is basically an expansion of the ISO 3159 criteria. For the OC+ certification, the watch will also be tested cased up to better simulate the performance of the caliber on the wrist. The OC+ test also takes water resistance into account, and the watch must pass ISO 22810, which ensures the watch can withstand the external pressures associated with being 100 meters below the surface.

The watch’s power reserves are also tested to ensure the final numbers communicated to the customer are accurate. Finally (and rather impressively), these watches are required to pass a magnetism test according to the standards of ISO 764 to ensure that becoming magnetized doesn’t have a detrimental effect on the rate of the watch once it has been demagnetized. 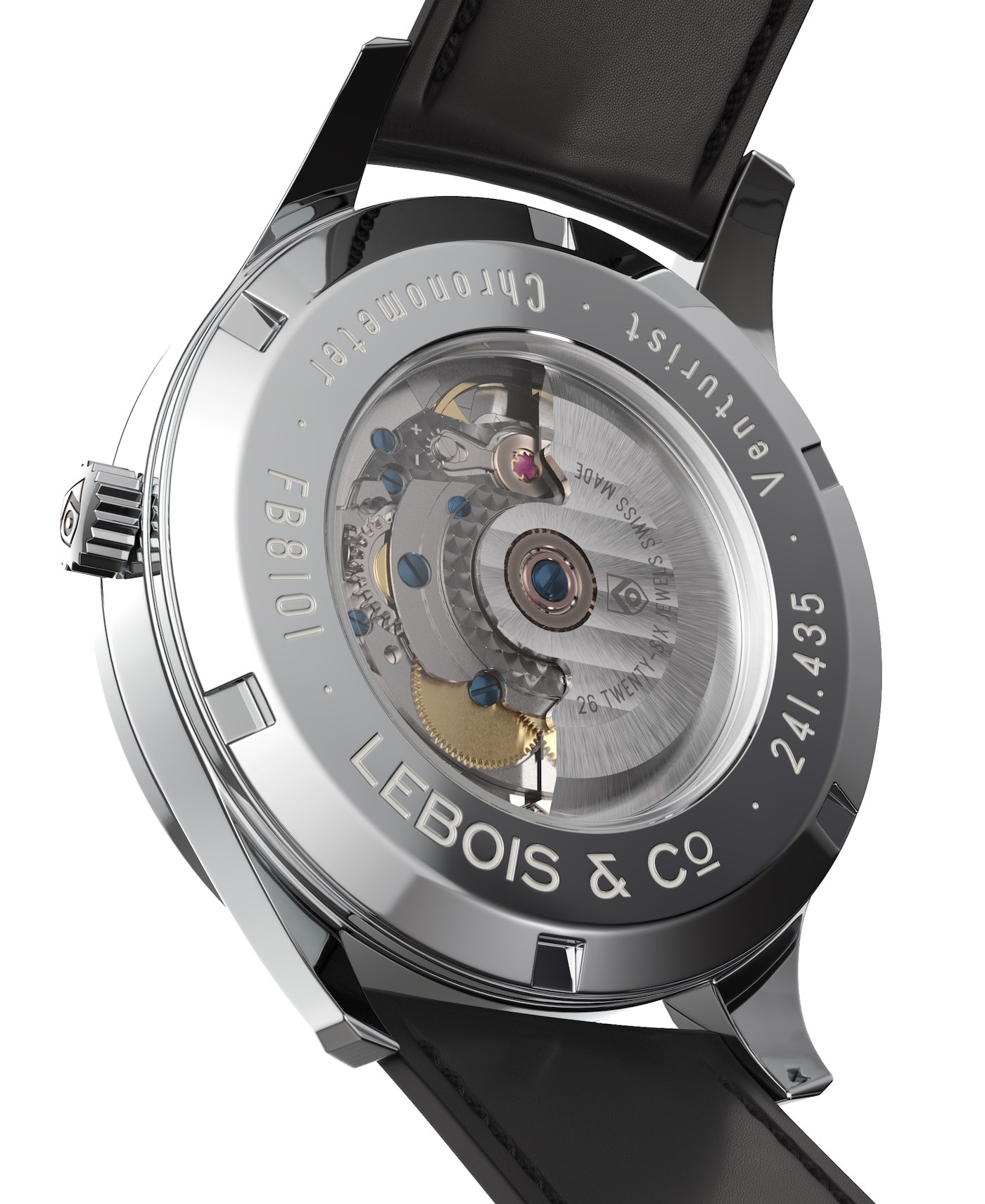 How much you buy into the value of this test will likely inform your final opinion of the Lebois & Co Venturist. It is a very handsome watch that doesn’t challenge the eye at all. To its credit (and potential anonymity), it looks like a lot of watches I’ve seen before at once. The numerals look particularly like those of the Bremont S500 Oracle special edition. And while that particular Bremont dial was my favorite the company has ever produced (due to the superior lume quality), the sportiness of the layout doesn’t really marry with the dressier case, in my opinion. I’d very much like to get one on my wrist to assess whether the case-machining quality matches the diligence clearly afforded the mechanism. The 316L stainless steel case measures 41mm by 10.5mm and looks to have a sharp profile, which I like.

At €2500 the Lebois & Co Venturist does present an interesting value proposition, especially considering that that price currently includes 25 share certificates in the company (which has an equivalent value of €1000). Holding these shares also means you get a 40% discount on future retail prices on other Lebois & Co watches for the next four years — an interesting proposition to go along with a top-grade certification. I’m sure this watch will find some fans who, hopefully, don’t mind waiting until 2020 Q1 to take delivery of their new watch. Learn more at leboisandco.com.