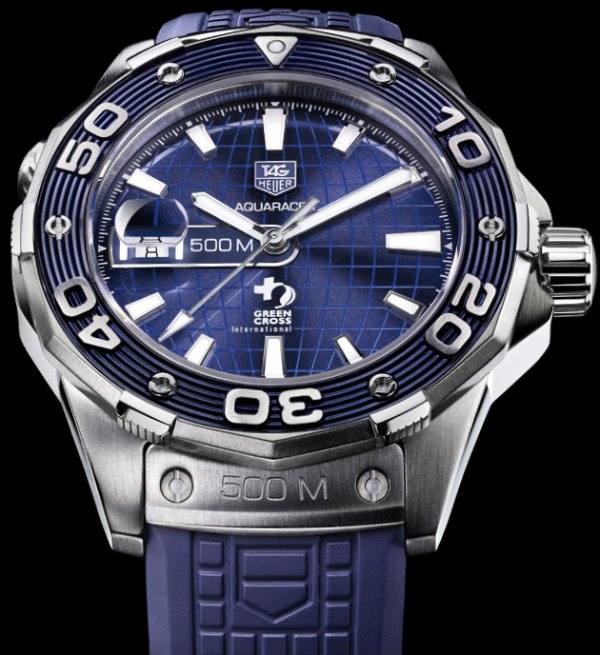 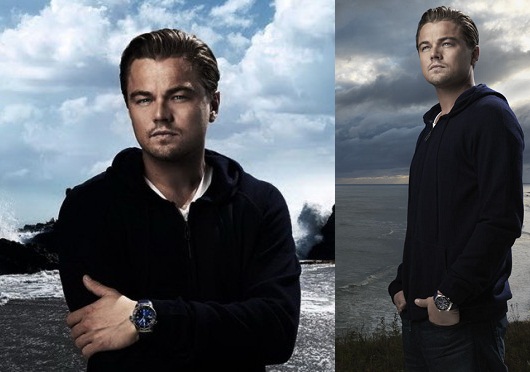 This watch isn’t exactly new, but I wanted to revisit it after not really covering it the first time around. While the watch doesn’t inherently have anything “Leo” about it, it does have Leonardo DiCaprio’s name as part of the name of the watch – which gives it something a bit special right? As a limited edition, it is really a neat looking  piece in the newer styled Tag Heuer Aquaracer collection with a “globe” style metallic blue dial and blue accents. Reminds me a lot of the Swiss Army Divemaster 500 Mecha watch in blue.

The DiCaprio name is likely to be worth a lot in most instances. For Tag, DiCaprio is one of their brand ambassadors. In fact, few brands have stars as big as DiCaprio pushing their timepieces. Leo also shows up at some of their events, and here put his name into a watch collection. In the movie Inception he is seen wearing a Carrera three-hand automatic. and I have a feeling he has worn Tag Heuer watches in a few other movies (or will). I wonder if his signature is placed on the back of the watch – if not then in the future Tag Heuer might be wise to do that. 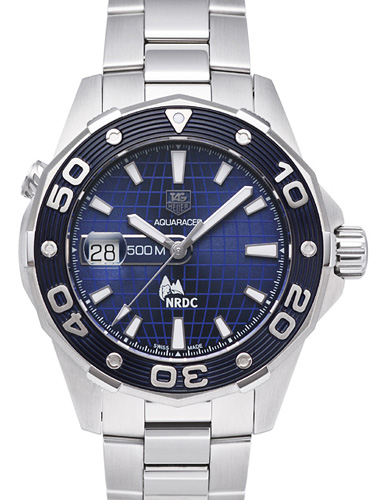 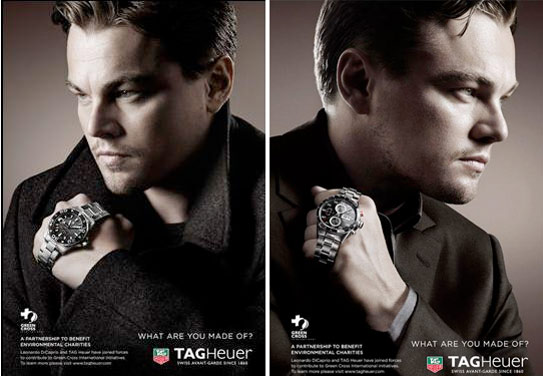 It isn’t always a good idea for stars like Leo to just throw their names on timepieces (or other products). So what they do instead is put their name into the product in conjunction with a “cause” they publicly support. In this instance the cause is the environment.  Two of the charities that Leo supports are Green Cross International (Global Green USA in the states here), and the National Resource Defense Council (NRDC). What is really interesting to me is that the limited edition Tag Heuer Aquaracer Leonardo DiCaprio watches have either the Green Cross or NRDC logos on the dial. It looks like the versions on the blue rubber strap are the Green Cross models, and the metal bracelet watches are the NRDC models. A little thing that is easy to miss, but is interesting. 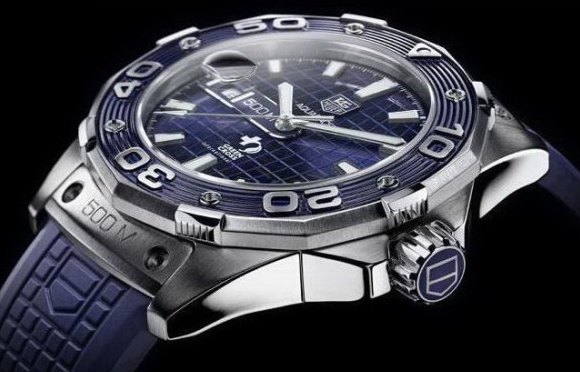 Why the watches are blue I don’t know. With green being the major color used for both Green Cross and the NRDC, you’d think that the watches might have been focused more on that theme. But never mind that – they are nice looking Aquaracer watches. I even like the blue inset section in the crown. These watches are very handsome, overall the newer Aquaracer 500 pieces are quite handsome. You can read more about these 43m wide watches here where I first discussed them. The Aquaracer Leonardo DiCaprio Edition watch was limited to 1,600 pieces, but you can still find a good number of them online. While the connection (both thematically and visually) to Leo could have been much more, it is a satisfying design with a solid personality, that builds upon an already good looking watch. Retail price was about $2,600.