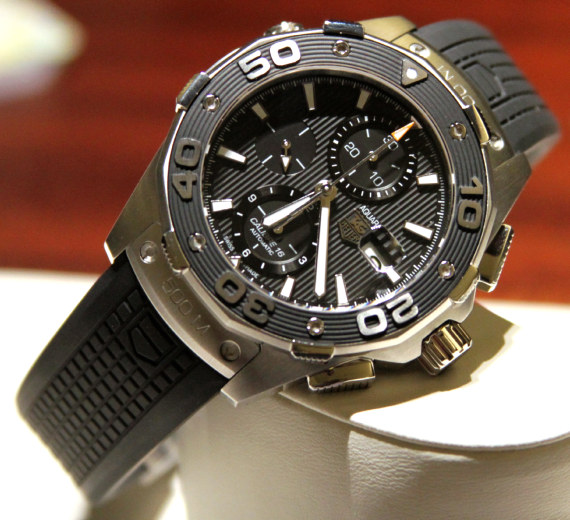 We all knew it was coming. First there was the new Aquaracer (called the Aquaracer 500M because it didn’t actually totally replace the more basic Aquaracer) and now there is the chronograph version. It looks pretty rad actually. Feeling very similar to a dive version of the new Carrera, this watch has a similar layout, but not the 1887 automatic chronograph. The Aquaracer 500M Automatic Chronograph has a Swiss ETA Valjoux 7750 that they refer to as the Calibre 16 movement.

The layout of the chronograph on the dial does not really take away from legibility, and at the same time does not look flat. There is a really nice balance of texture and depth to the dial. Plus, the subdials are beautifully legible and feel as though they make a lot of sense. Well designed chronographs meant to actually be used aren’t as common as you think. Then again. Tag Heuer places a lot of effort into the design of the Aquaracer to make sure it is a fully functional professional diving watch. I was one of the first people to write about the new Tag Heuer Aquaracer 500M Calibre 5 watch when it came out here – where you can get more details on the other parts of the watch. 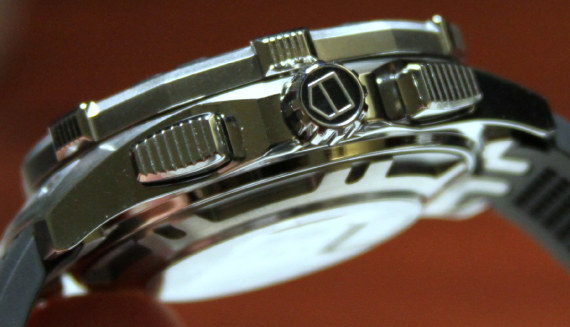 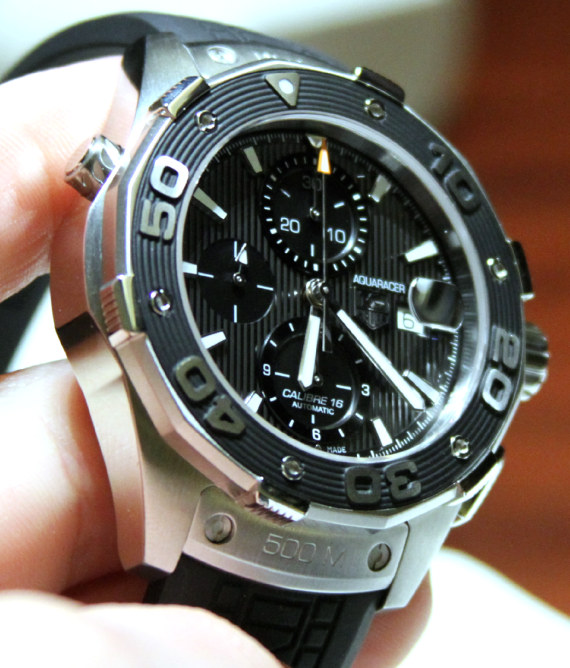 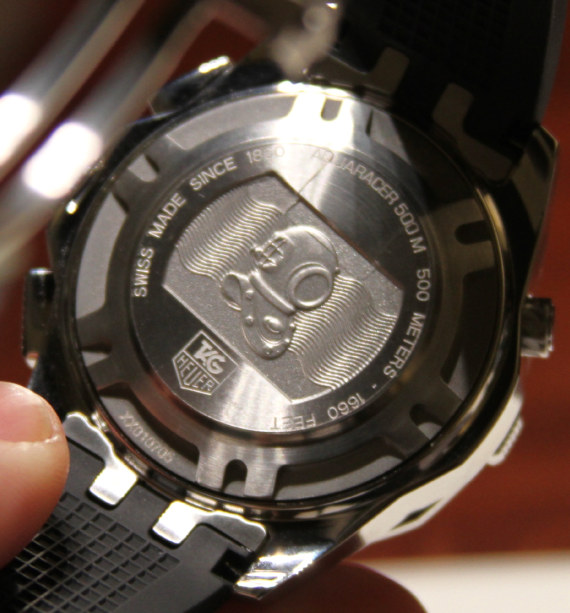 In a 44mm wide case, the watch has that great looking rotating diver’s bezel with a rubber insert. We now have some large chronograph pushers to accompany the crown and the helium escape valve. My hands-on experience with the watch resulted in a conclusion that it is everything you love about the new Aquaracer 500M watch, only now in chronograph form. Still special, but not ‘extra special.’ Gone is the exhibition caseback, with an engraved caseback displaying a watery image with a traditional looking diving helmet. Going back to the dial, it is very legible with a sapphire crystal that is richly AR coated. Really a great dial I must say. 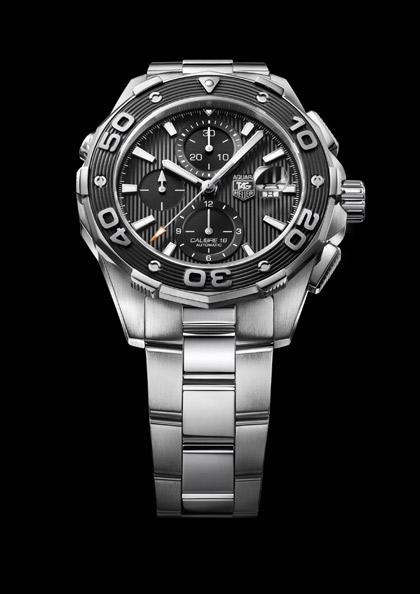 People will like this watch for several reasons. First, because they are fans of the great looks of the Aquaracer 500M collection and want a serious diving tool. Second, because they fancy a Tag. And third, because they like the looks of a chronograph and/or want the functionality. Most people prefer a chronograph when they want something sporty and serious looking, and Tag Heuer watches are particularly well suited to that look. The addition of subdials and more pushers always seems to have that effect. Plus, this is a good option if you don’t want to spend the extra amount on a piece with the in-house made Tag Heuer Calibre 1887 movement. The Aquaracer 500M Chrono should be available starting in October of 2010, and will come with a steel bracelet or textured rubber strap. Both are good strap options depending on what you need. Aside from this dark gray dial, I am sure there will be a few other options as well (given that the Aquaracer 500M Calibre 5 comes with plenty of dial options).