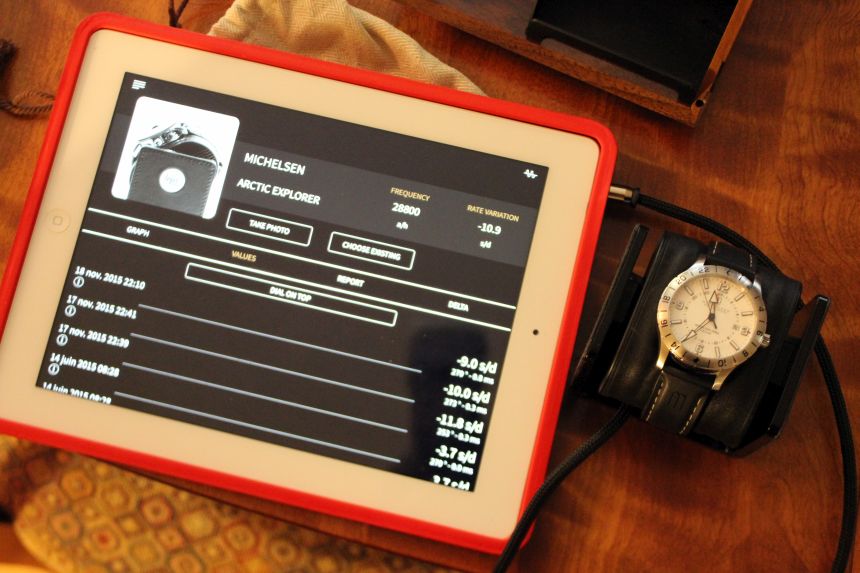 I put forth that those of us who find ourselves drawn to mechanical watches are of a curious sort. Though quartz watches are superior in their overall accuracy, reliability, and robustness, we are attracted more to watches with fully mechanical micro machines built for one purpose, and one purpose only – to mark the passage of time. In some ways, I suppose that we are similar to those who are really into old cars – while new technology might dazzle, we are still drawn to the ways of the past. Much like those petrol heads, we of the mechanista (to coin a phrase) want a way to know what is going on inside our movements. For those of us who have not studied the art of watchmaking and repair, this can be daunting. That is, until a tidy tool came along in the form of the Lepsi Watch Analyzer that attaches to a watch, measures important indicators of its health and performance, and tracks it handily on your smartphone. 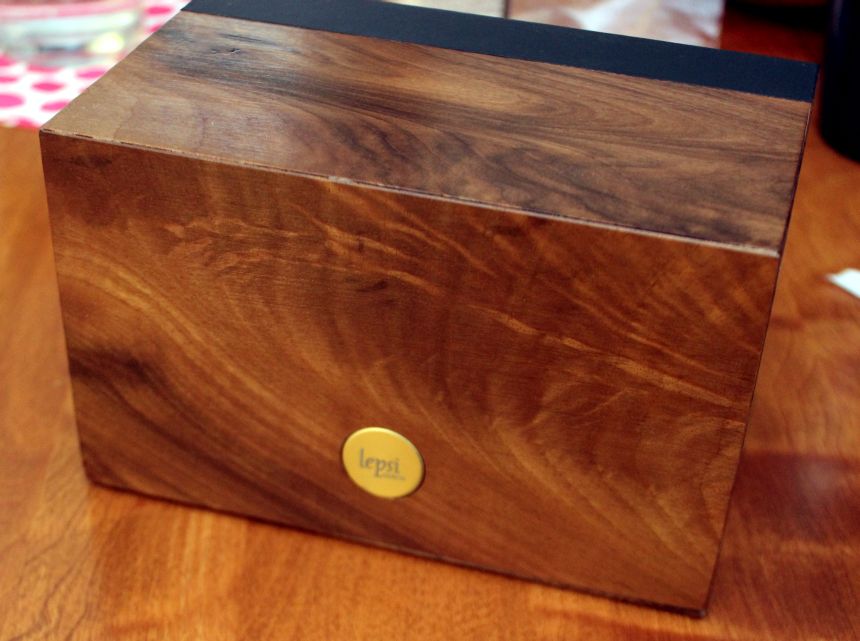 Prior to something like the Lepsi Watch Analyzer coming on the market, you really did not have many good ways to check the accuracy of your watch at home. Sure, you could set it against a known reliable source (say, a GPS- or atomic-synced clock) and then observe if it gains or loses time over the ensuing days. This is the concept that sites like ToolWatch.io work on. Those will give you a basic feel for the timing performance – sort of like the “Check Engine” light on your dashboard. You get one measure, and that’s what you have. If you want something more in-depth, like what you might get on a report from your local watch shop, then something more is required. 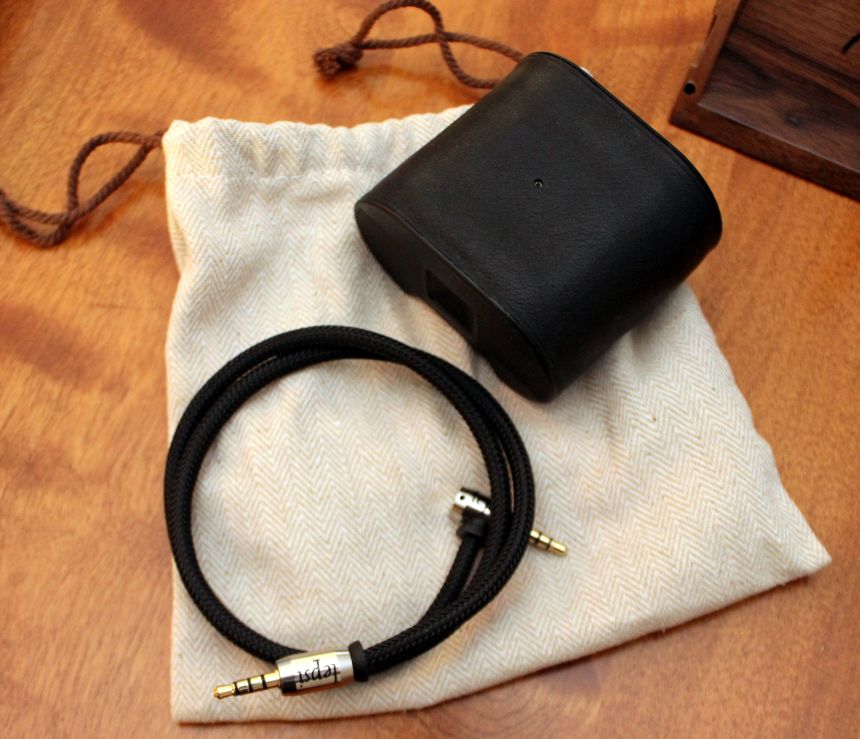 That, of course, is where the Lepsi Watch Analyzer comes into play. Carrying that car analogy forward, this is like plugging into the ODBII port under your dashboard and getting a wealth of information on what is going on with the engine and drivetrain. Here, the Lepsi Watch Analyzer is instead getting into the details of how the movement in your watch (or watches – more on that in a bit) is running. This is accomplished by means that anyone at home will be quite comfortable with. You plug in what looks to be a very beefy 1/4″ to 1/4″ cable, one end going into a pillow on which you strap the watch, and the other end going into your phone or tablet (apps are available for both Android and iOS). With the cabling connected and the watch strapped in place, you pinch the pillow on the sides and slide it into the U-shaped metal base. 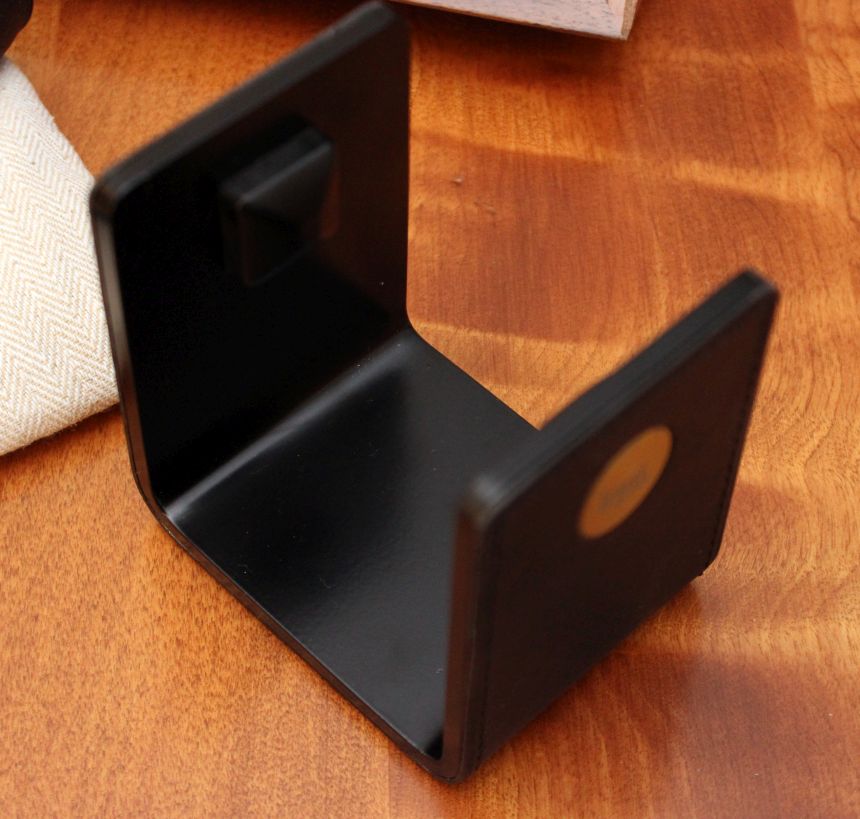 Why this metal base? By using this, the Lepsi Watch Analyzer is held absolutely still (as it is quite heavy, at 418g) and gives you a reliable platform for measuring the watch in six positions (yes, the same six positions that a COSC-certification would test for). Before you get into that, though, you need to calibrate the Lepsi Watch Analyzer to the watch being tested. While there is a quick mode for this, I opted instead to use the longer (or standard) calibration, which runs for three hours. I would set this overnight, and then get into the actual timing/testing the next day. 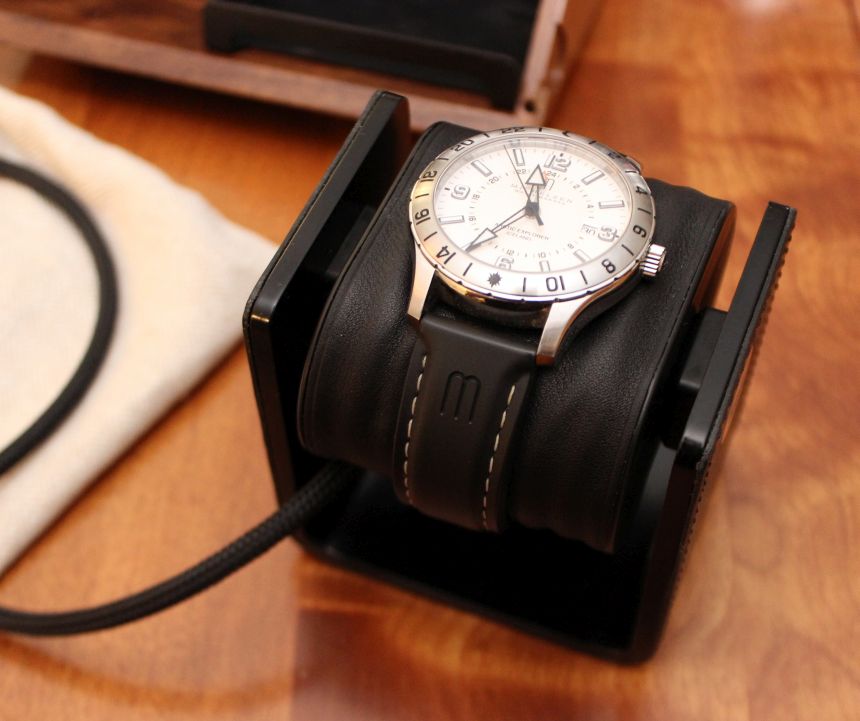 That is where the real fun starts with the Lepsi Watch Analyzer. You set the watch on the special cushion in its base, select the position in the app, and set it to time. The app gets ready and then goes through its analysis cycle. Once that is complete, you can then move on to the next position for the watch and so on, until all six positions have been measured. Once things are done, you then get into the information of the rate in each position (ie, how much time the watch is gaining or losing each day), what the amplitude is, as well as the beat error.

Now, if this were a one-time thing, it might not be quite so interesting (even if you can get into some graphs). No, for the collector, the interesting bit is that you can store each watch separately (noting the brand, model, and movement) and compare things over time. In this way, you can build up a history of what is going on with your watch, and if you notice that it’s trending in a bad direction (or had a sudden jump to lose accuracy), then you know it’s time to bring the watch in for service. 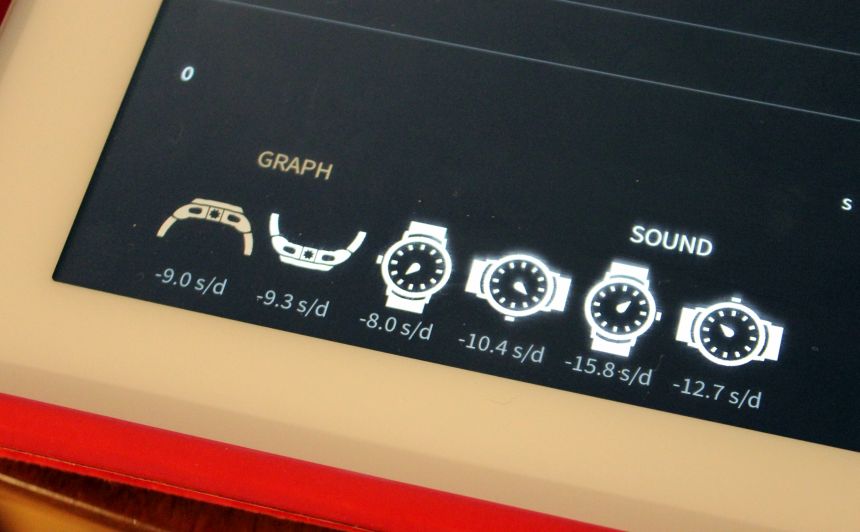 I will admit, at a price of $908, the Lepsi Watch Analyzer is certainly not an inexpensive tool to add to your watch collection. If you have an extensive one, or simply have some watches that you want (or need) to keep a closer eye on (perhaps those vintage pieces), then something like this could be an invaluable tool that prompts you to get the movements maintained before real problems occur. Then again, if you are using a tool like this, you’re probably pretty good about keeping up on movement maintenance. I simply found it informative (well, yeah, and kind of fun) to be able to get this kind of information out of a consumer-grade (rather than a professional timing machine) device.

I think Lepsi realizes that their price point might be a hard sell for some, as they also offer a less expensive model (the Watch Scope at $360), which eschews the steel base and pillow for a measuring device that is set onto the front or back of your watch. While this means you won’t reliably get the six position measurements, you can still get a good idea of what is going on in your watch. If the build quality on this less expensive tool is similar to the Lepsi Watch Analyzer we reviewed, then I would give it a similar recommendation, especially since the app is the same. 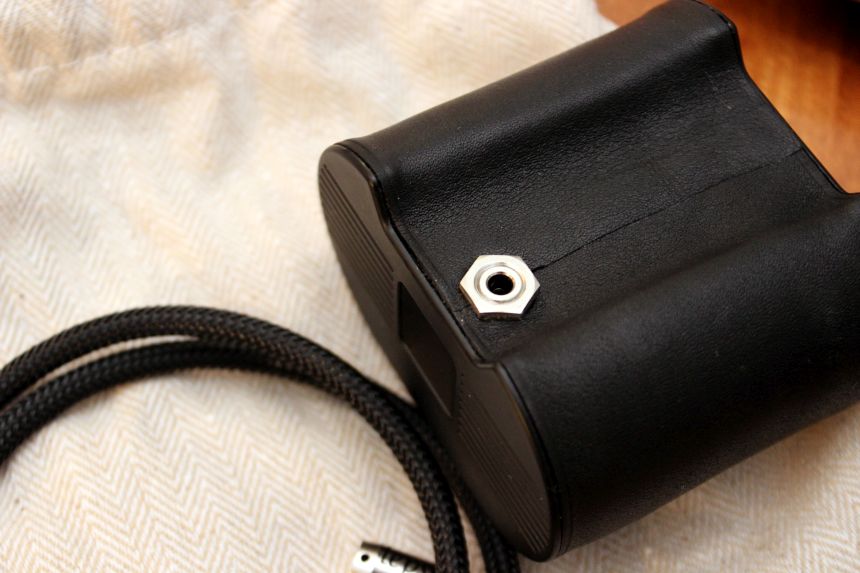 In the end, I feel the Lepsi Watch Analyzer can indeed be a valuable tool for those maintaining finicky watches, or keeping an eye on a larger collection. For a casual user, some of the less-intensive methods (manually checking it or using a website) would certainly be an easier route to follow – or, you know, having your repair guy throw it on their professional timing machine. For myself, I rather liked the view it gave me into the inner workings of the watch movement, and the additional research it drove me to for learning what the measures actually meant. 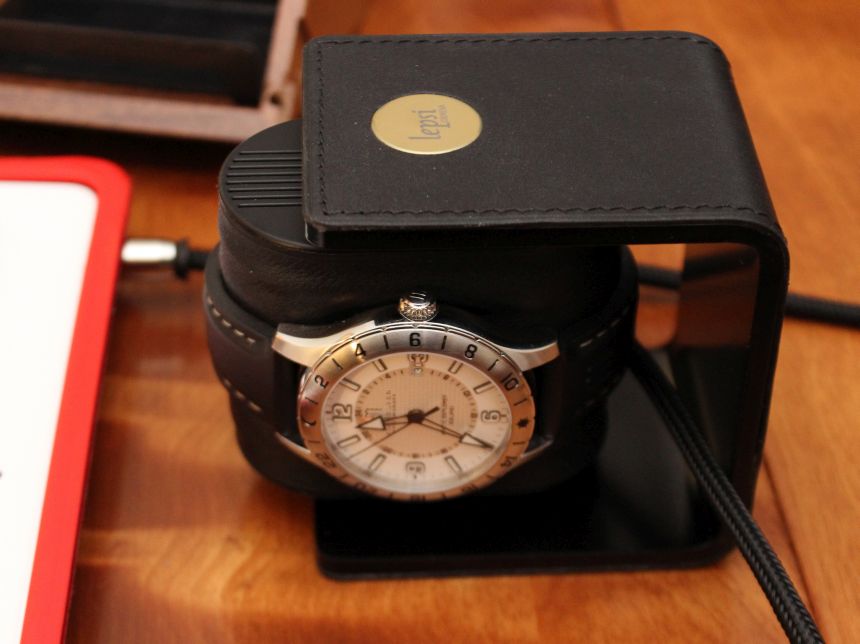 To that end, it was an invaluable tool. For those who pick one up, I dare say that you will not be disappointed with it, as you get precisely what the brand promises – quick and accurate readings. It remains to be seen, of course, how well the timing pillow holds up over time (given the nature of electronics and the squeezing action), but that should be easy enough to replace. And who knows, there may be improvements over time to the tech they have built in as well. So, to that end, it may be an unknown, but it’s not something that would prevent me from picking one up. In the end, I liked the Lepsi Watch Analyzer and the data it gave me, and I think it could be fun to use with the various watches that cross my desk for review. Again, price is $908 USD. lepsi.ch 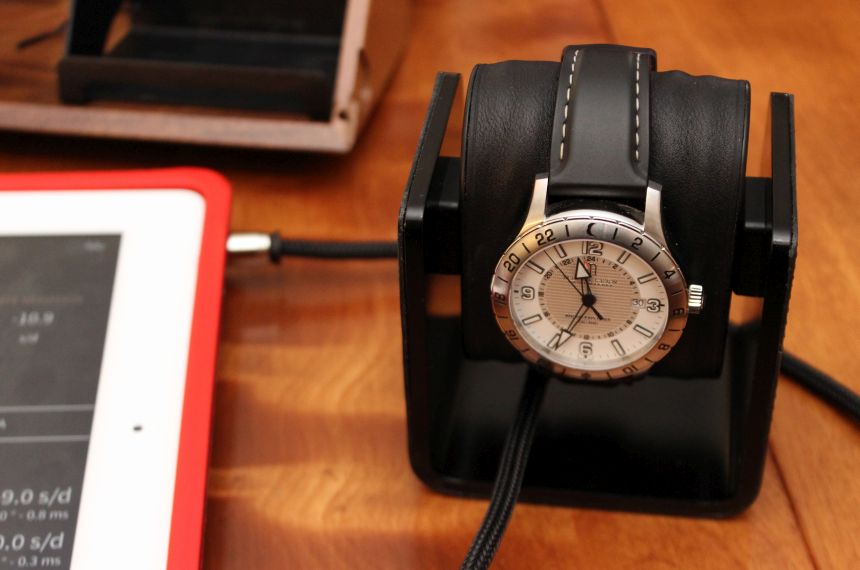