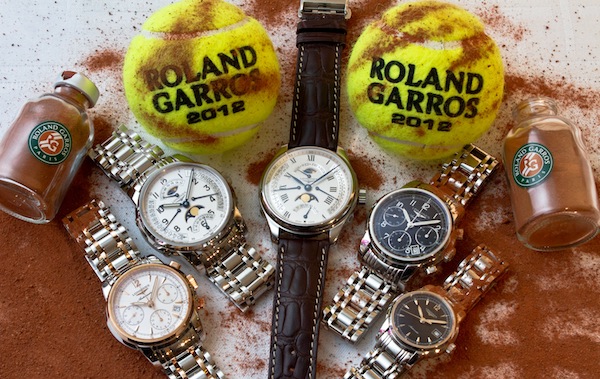 Longines Watches And The French Open

A couple of weekends ago, I had the privilege of attending the 2012 French Open (aka Roland Garros) in Paris, France. The French Open is arguably one of the top two or three professional tennis tournaments in the world (behind Wimbledon and alongside the US Open) and brings the game’s top players to the heart of Paris for a yearly event which dates as far back as 1891. Compagnie des Montres Longines Francillon SA, better and more simply known as Longines Watches, have been the official timekeeper and partner of the French Open since 2007, and claims to have found a strong synergy between their brand and the world of tennis. When you consider Longines‘ products, their ambassadors, and their partnerships, it becomes very clear as to why the French Open is an ideal venue for what is the largest yearly event in Longines’ social calendar as they dedicate a lot of their resources to embracing the sport of tennis. 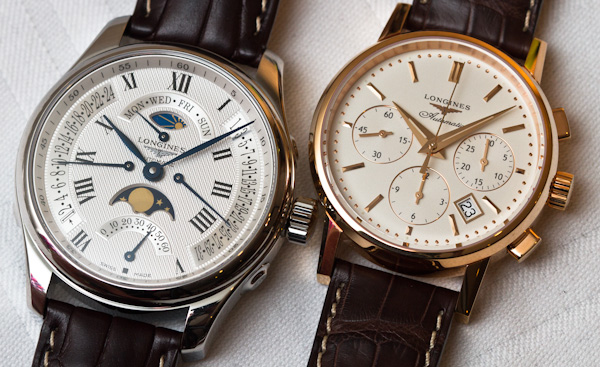 Longines is part of the Swatch Group which makes them a sibling to a series of other Swiss brands like Omega, Hamilton and even Blancplain. Longines produces both quartz and mechanical watches and are best known for the Lindbergh series and more recently, the Column Wheel Chronograph. Their strength lies in more dressy designs that are practical enough for everyday use while still offering a wide range of complications. According to their CEO the best selling Longines pieces are three hand automatic and chronograph models. Thanks to their close ties with ETA (also owned by Swatch), Longines is able to build exclusive movements for their flagship models (seen above) like the L688 (used in the Column Wheel Chronograph, seen below) and the L707 (used in the Master Collection Retrograde Moonphase, more photos below). Longines is able to take advantage of their close relationship with the ubiquitous movement maker to offer what are effectively in-house movements at a price point that few other brands can match. 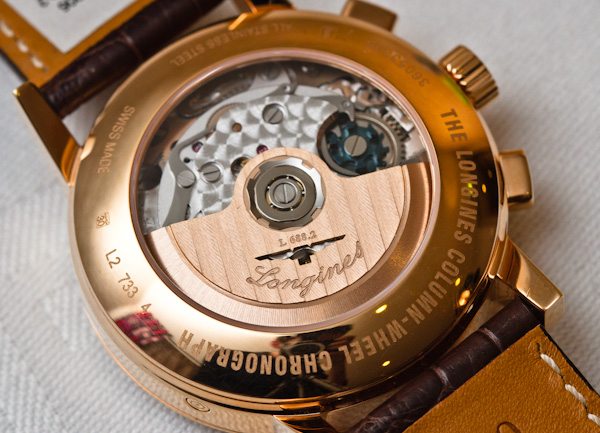 Take a quick look at their watches and it’s easy to see why Longines has been able to foster a long-standing relationship with the world of professional tennis. With an old world elegance the designs are an excellent fit for the tone of the sport – as a spectator. I’m generally not one who has much interest in brand ambassadors but Longines takes their ambassador roles very seriously with the job given to the likes of 2010 French Open Champion Francesca Schiavone, as well as tennis legends and notable philanthropists Stefanie Graf and Andre Agassi. Even with only a casual understanding of modern tennis, it is easy to understand why ambassadors like these can be extremely valuable to a brand like Longines. 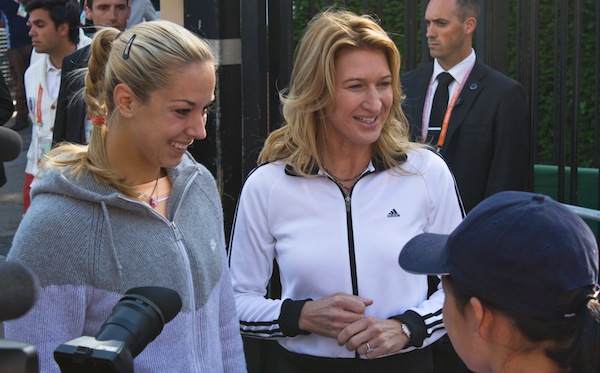 In addition, Longines sponsors a yearly tournament that brings the 16 best tennis players under the age of 13 from around the world (annual alternation between boys and girls). This two-day tournament, the Longines Future Tennis Aces 2012, saw a final victory go to Destanee Aiava of Australia (seen above). The two finalists had the opportunity to play an exhibition game with Stefanie Graf and Sabine Lisicki will and will also receive further sponsorship from Longines until their 16th birthday. While Roland Garros is the largest annual event for Longines, their sport sponsorships do not stop with tennis as they are also involved with archery, gymnastics, alpine skiing, and even equestrian sports like the Prix de Diane which we showed you last year. This is a carefully selected group of sports which echo the same principals that Longines wishes to convey for themselves such as elegance and tradition. 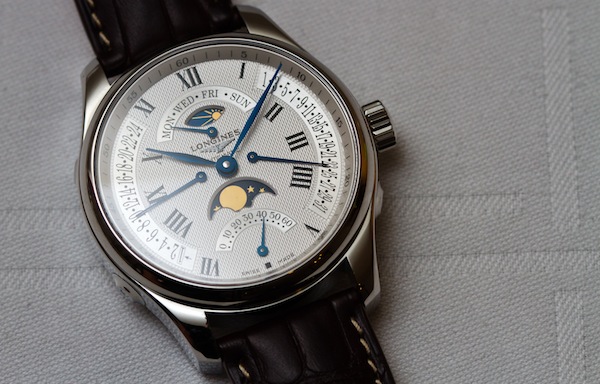 What does any of this have to do with watches? Consider the Longines Master Collection L27394713 Retrograde Moonphase, a dressy 44 mm timepiece sporting multiple functions, a lovely bright white “barleycorn” dial, and the exclusive-to-Longines caliber L707.2 automatic movement. This watch looks fantastic in their photos but is truly a knockout in person. The 44mm sizing overpowers some of its more dressy conventions and makes the Retrograde Moonphase a rather versatile and easy to wear timepiece. Boasting standard time, day, moonphase, day/night indication, and retrograde displays for date, sub-seconds, and a second timezone, the Longines Retrograde Moonphase does not leave much to be desired from a complication stand point (probably because there isn’t room for anything else). All of these functions are managed by the L707.2 movement which is made exclusively for Longines by ETA. The base of the movement is the ETA A07.L31 which offers a 48 hour power reserve, 25 jewels and automatic winding… more»