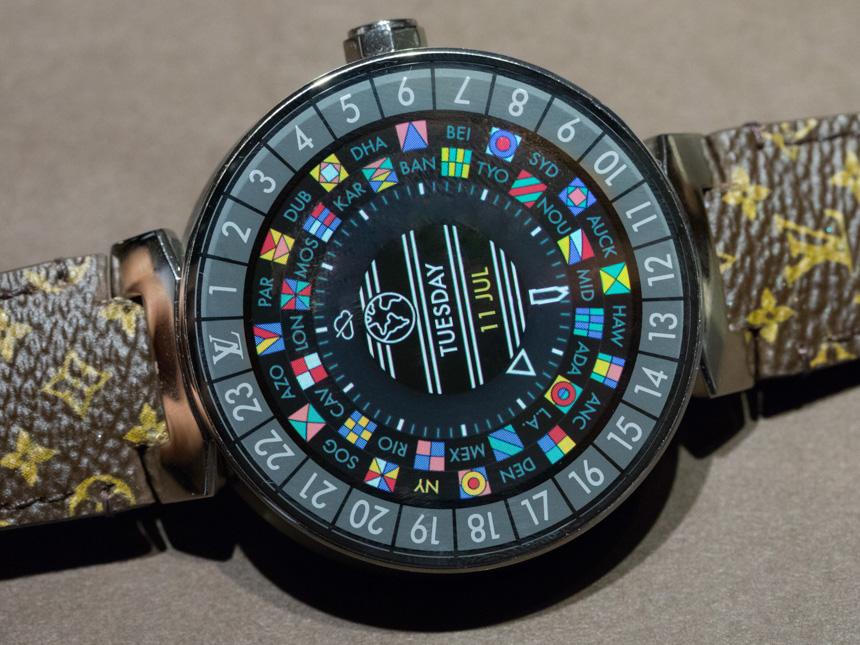 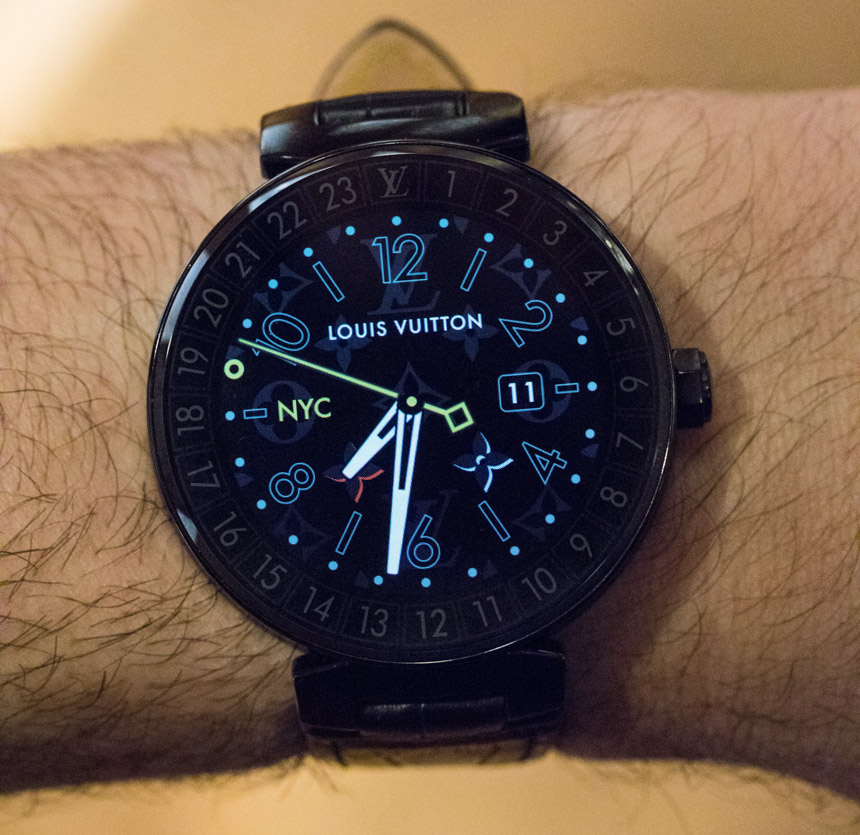 My travels offered me the ability to be in New York City on the evening that Paris-based Louis Vuitton decided to concurrently launch their first smartwatch device (see our Louis Vuitton Tambour Horizon smartwatch launch article here for more tech specs and details) at a select number of brand stores around the world. As people ogled and grinned while testing out the various launch models of the Tambour Horizon connected timepiece, I didn’t actually hear anyone ask anything about how it worked or what was inside of it. Based on the recently released Tambour Moon case, this new luxury smartwatch not only fits the aesthetic mold the popular high-end brand has become known for, but also happens to finally cement acceptance by the luxury industry of smartwatches. 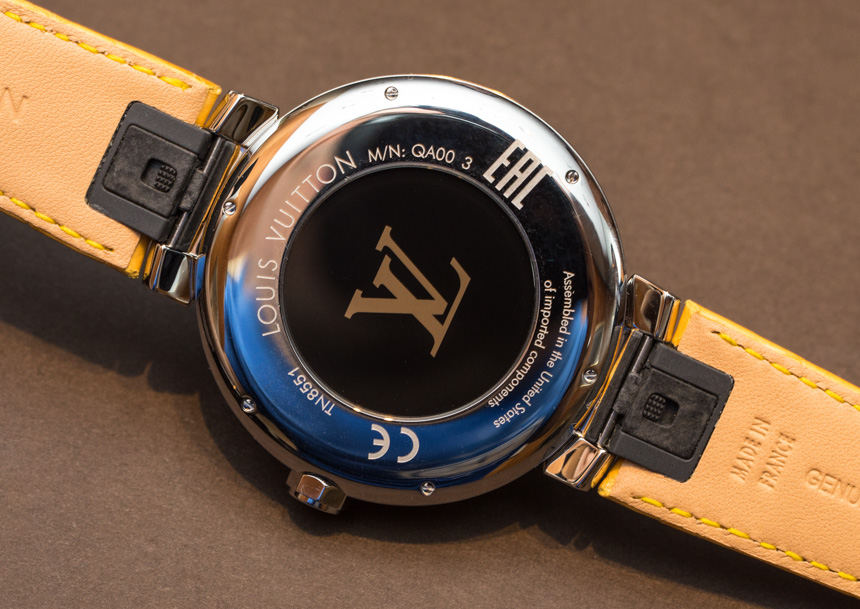 The fact that no one seemed to inquire about the functional innards of the new face of luxury smartwatches was little surprising to me. While tech enthusiast pundits still ponder the larger utilitarian necessity of smartwatches, the lifestyle and luxury world is far beyond such existential queries and focus on helping their devotees stay connected in style. 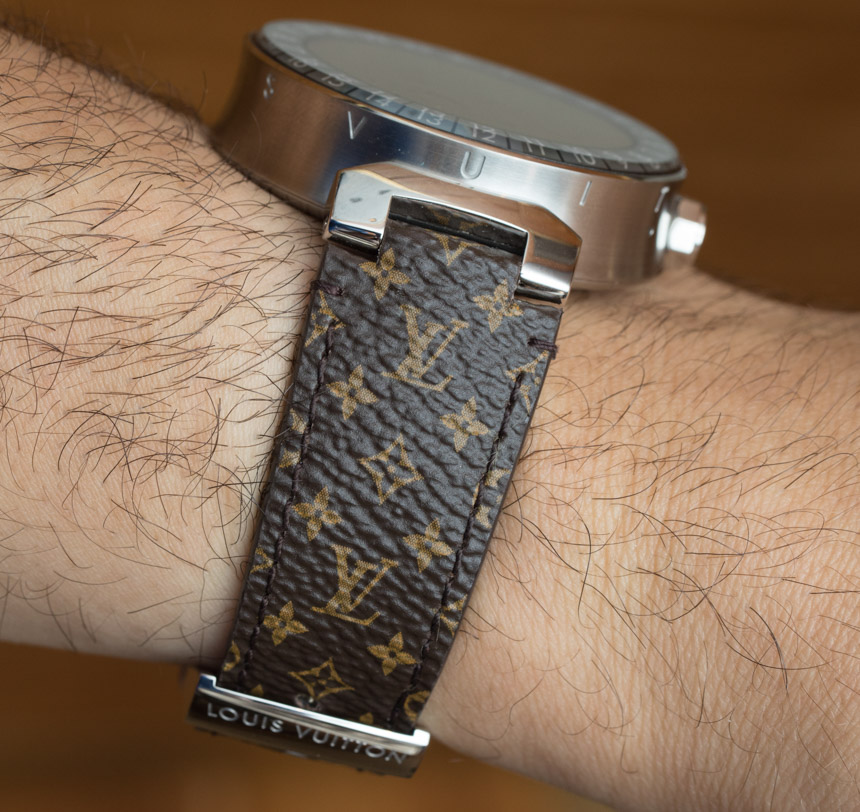 A Louis Vuitton smartwatch makes as much sense as a Porsche SUV. It will make money even if it technically bothers the sensibilities of purists. I continue to celebrate the smartwatch as (among other things) a gateway to high-end traditional watches. My theory being that a larger social focus on smartwatches as increasingly popular items will inherently make people more curious and aware of the higher-end items which exist to be worn on the wrist. The example I like to use is that so many people are aware of luxury cars because those same people notice them on the road in contrast to non-luxury cars. 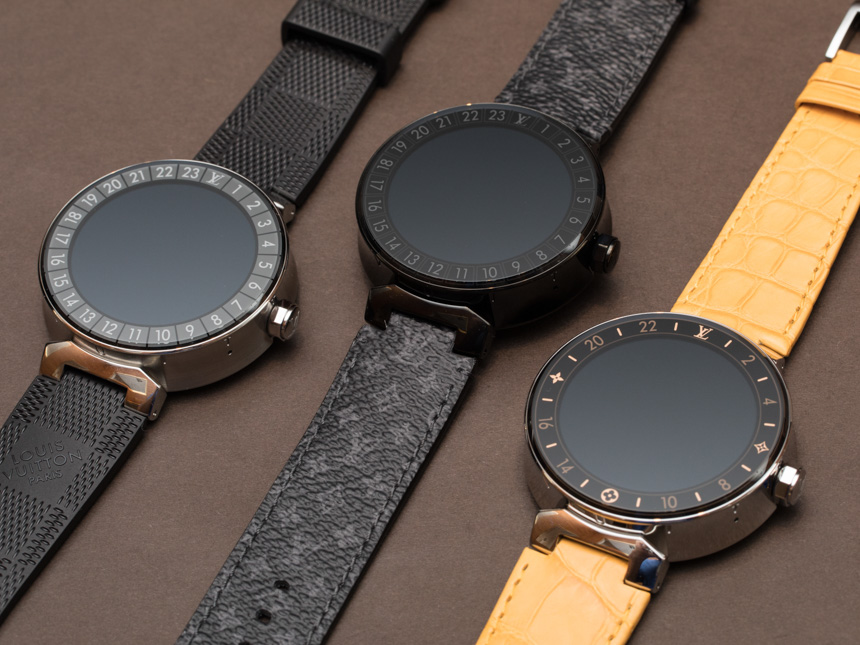 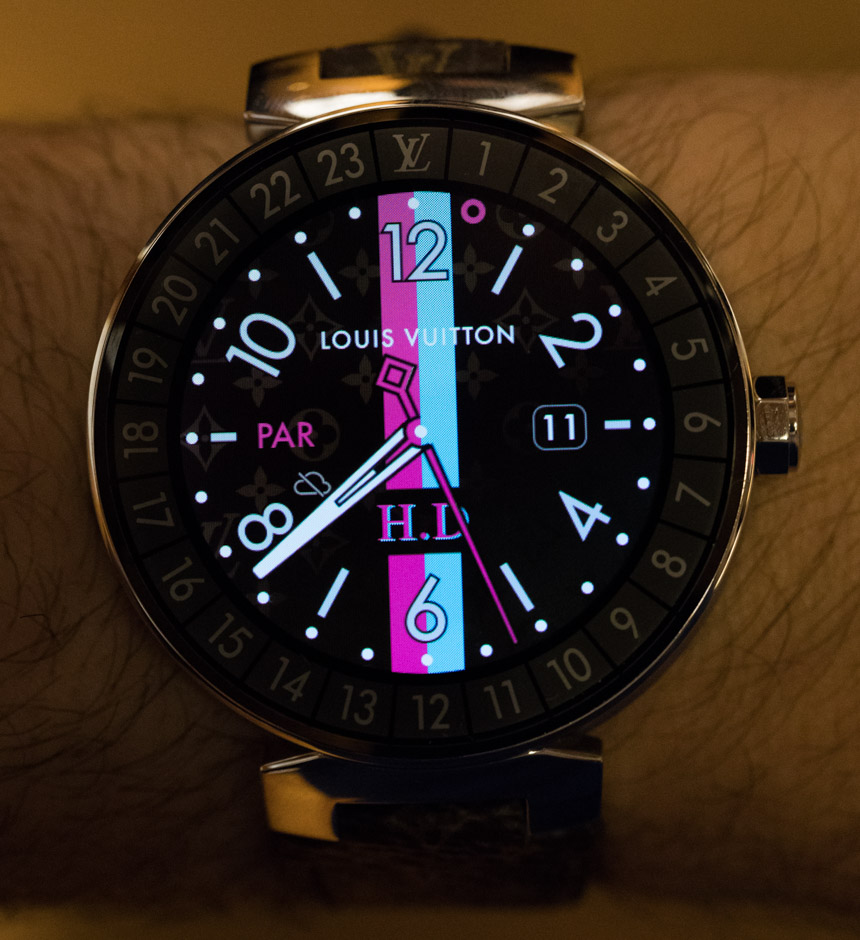 I posit that a robust market and wide consumer adoption of smartwatches is good for traditional mechanical watches – something that Louis Vuitton has been rather adept at producing for at least two decades now. I myself am the proud owner of a previous generation Louis Vuitton Tambour Diver, a favorite in my collection. In fact, Louis Vuitton stores will showcase the Tambour Horizon smartwatches right alongside their traditional quartz and mechanical watches – some of which easily exceed $50,000 or even $100,000 price points. The brand even produces (in petite quantities) extremely exotic timepieces with prices in the hundreds of thousands of dollars. Just recently, they released the Louis Vuitton Tambour Moon Flying Tourbillon watch that actually shares a case design with their new smartwatch product. 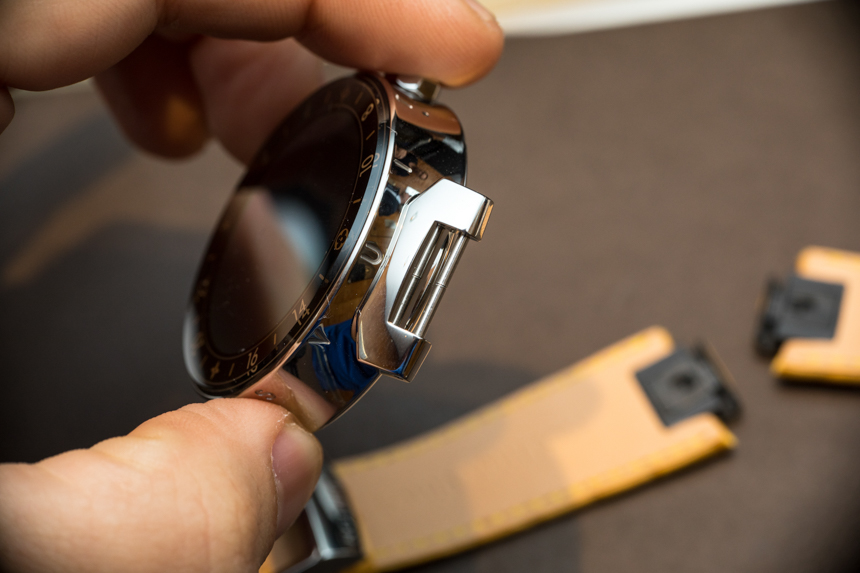 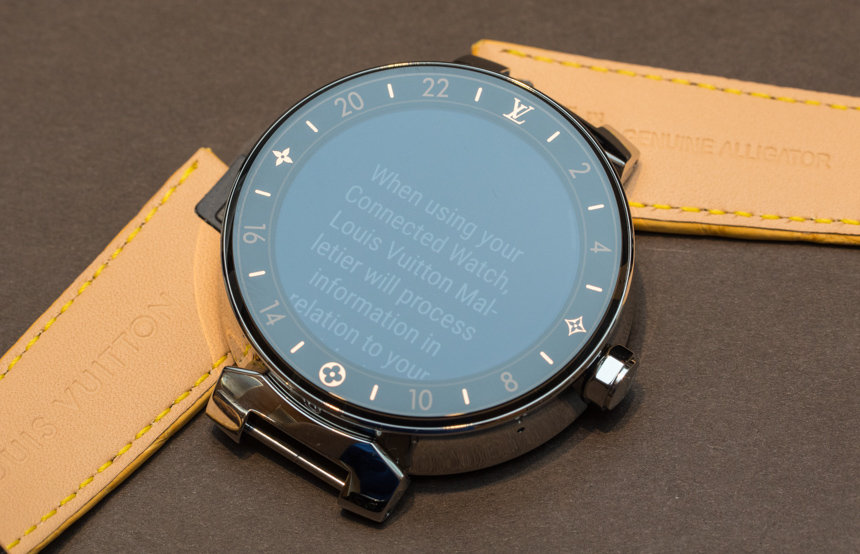 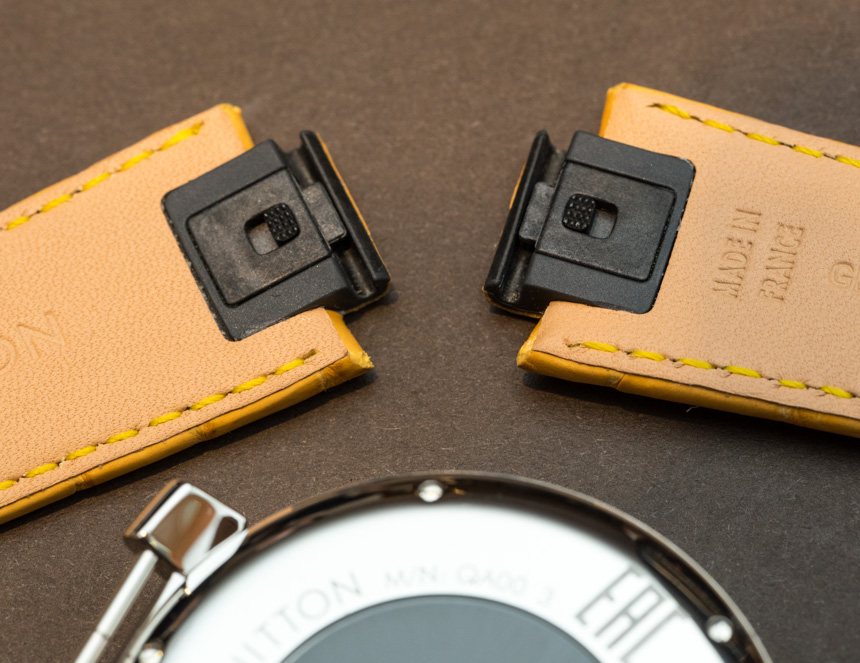 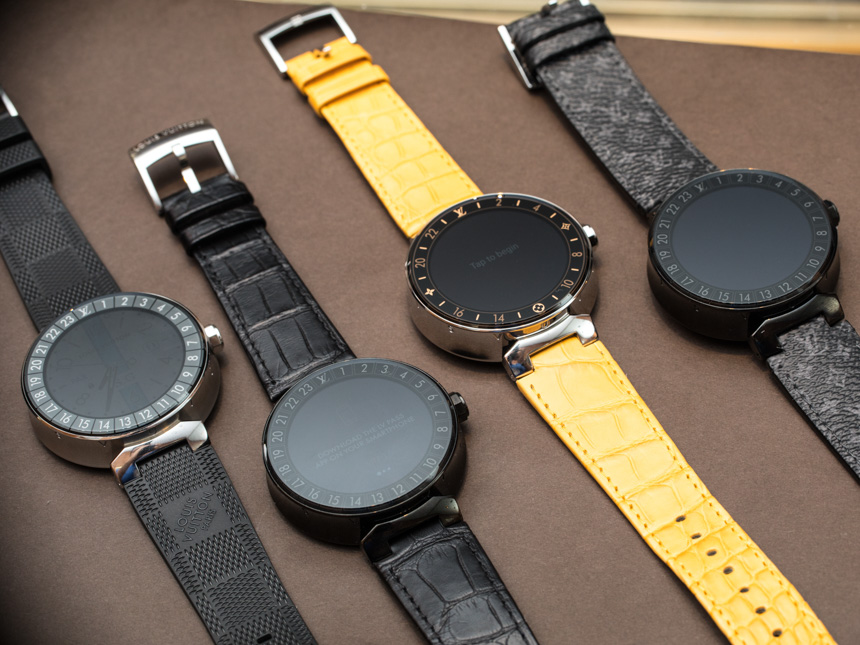 The odd thing is that Louis Vuitton will actually ask Tambour Horizon customers to purchase the watch “head” and strap separately – which does have a real impact on the already existing element of sticker shock. Nevertheless, it does add to the “experience” of purchasing the product, and does accord with the fact that the straps can have widely differing prices based on whether the material is synthetic or natural animal skin. The fancier straps can be several hundred dollars a piece (no particular surprise there to regular LV customers), and of course, given that they use a proprietary connection system… will all need to be ordered from Louis Vuitton directly. 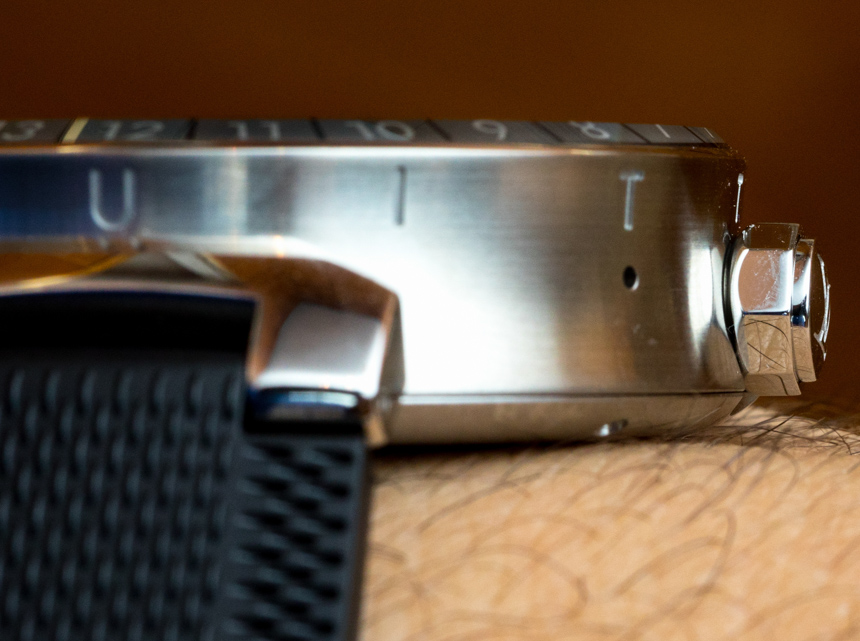 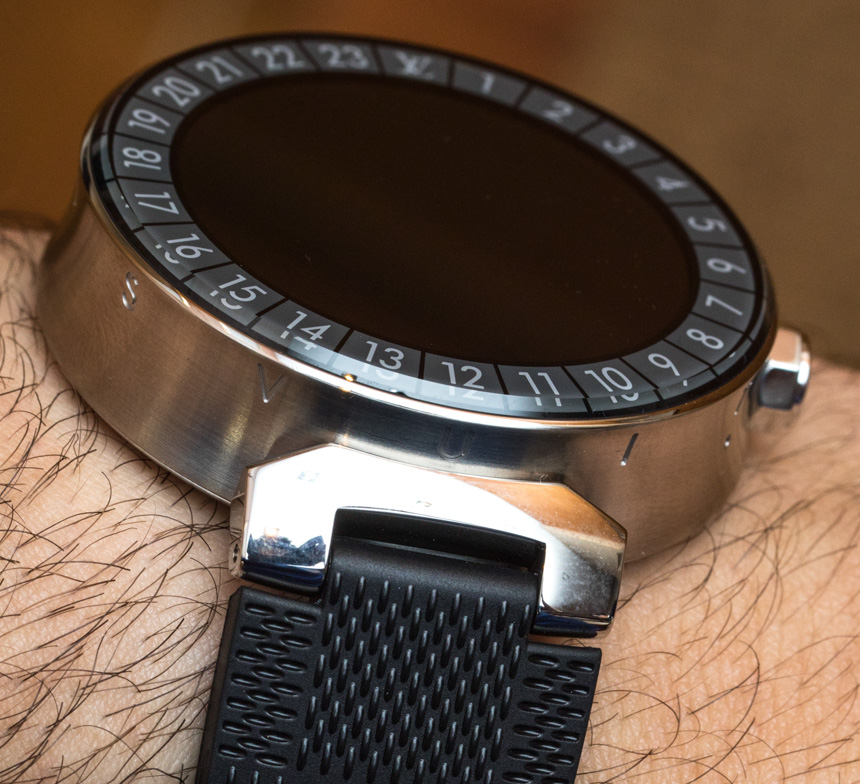 At 42mm wide (still a bit tall off the wrist, but in a proportionally attractive way) the Tambour Horizon is surprisingly well-suited to most wrist sizes, save for the smallest wrists. That makes it 3mm narrower than the TAG Heuer Connected Modular 45. Both TAG Heuer and Louis Vuitton belong to the same LVMH parent group, which makes the Tambour Horizon and Connected Modular 45 cousin products. Each uses the same operating system, and likely share a lot of people in the background who work on the product teams. With that said, the two watches do not share the same internal hardware, and from an external perspective are very different looking. 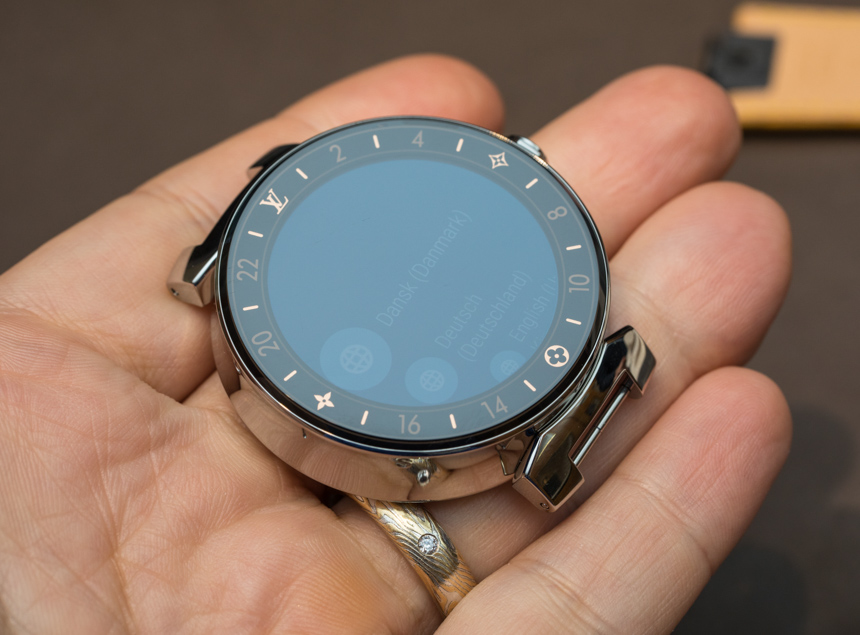 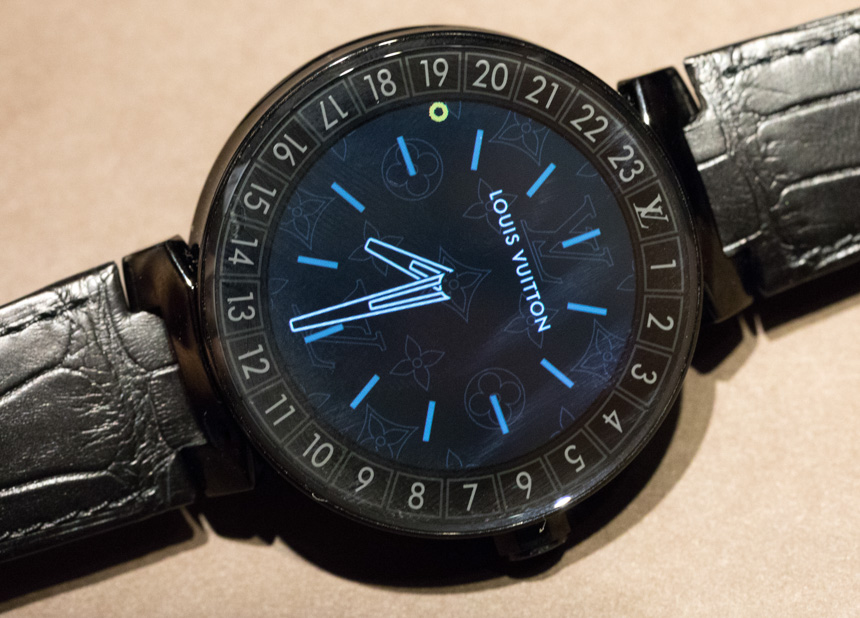 The TAG Heuer Connected Modular 45 has a lower starting price, but can easily increase in price to the same as the Louis Vuitton Tambour Horizon – or even much more given the many available case configurations. What the two watches also share in common – which is perhaps the most important element when it comes to a strategic business standpoint – is a focus on user customization. Both products clearly allow the user to swap faces in the operating system, but also come with various strap and case options (even if the TAG Heuer inherently offers a lot more options). I think it is safe to say that at least at LVMH, they feel that being able to choose a smartwatch model that is more individualized to the user is an important part of the value-proposition to potential customers. That’s nice and good – so long as all the options are more or less equally balanced when it comes to artistic and aesthetic appeal.