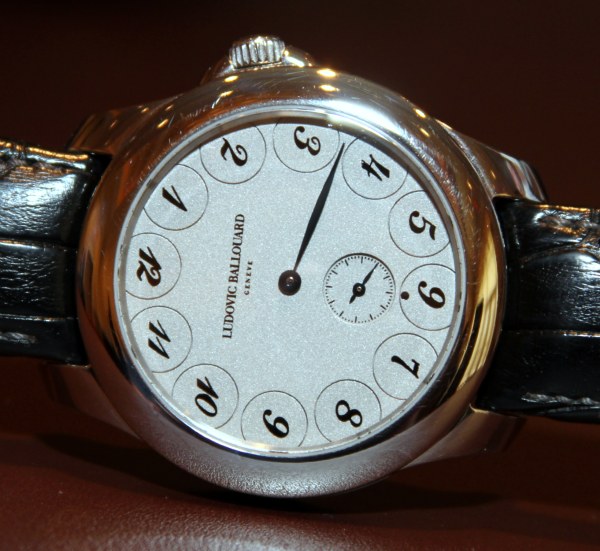 His English is bad and my French is non-existent, so we talked about what any two nerds discuss: Model airplanes. What little I knew about Ludovic Ballouard is that he was a watchmaker who recently started his own brand, and that he liked to build small planes. I met him at an event recently by approaching him and simply saying “Ludovic, what’s up?” We’d not yet met before, but the tall watch maker has a distinctive look that you can’t really miss. With long hair and shaped facial hair, he sort of looks like someone you’d expect to see in a Three Musketeers movie.

Ludovic was wearing one of his own watches. It is his first self-branded timepiece called the Upside-Down watch. I first wrote about the Upside Down Watch here where I went into more details. With a very fun way of telling the time, the operational concept of it is simple. Ballouard explains to me how he loves simplicity. A concept many watch makers profess to love, however ironically, in a world that celebrates the complication. 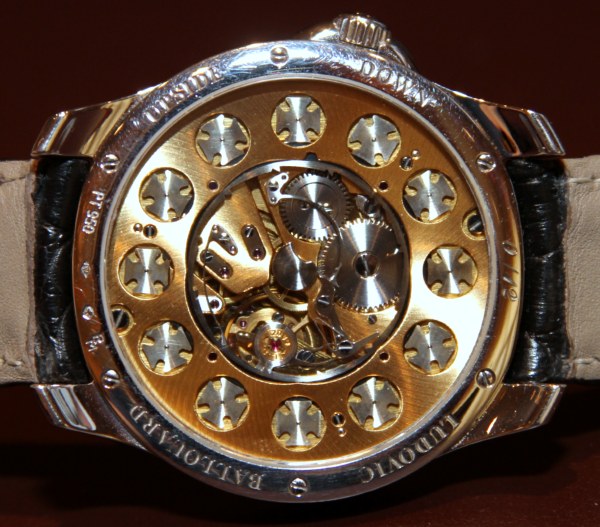 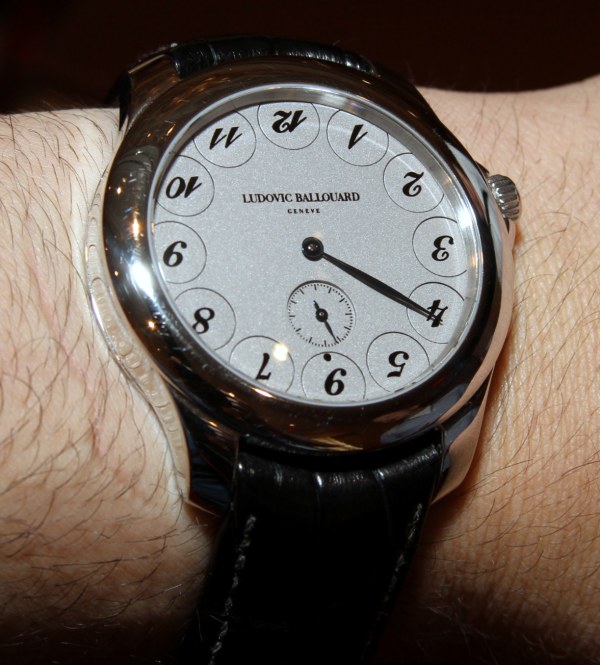 Again, how it works is simple: Using a heart-shaped cam, like those found in most chronographs, Ballouard created a system that turns hour markers set on cross style plates. The cam goes around once each hour and turns one plate one time. The rest is horological magic (meaning the operation and refinement). Ballouard worked with the famous F.P. Journe who he describes as being something of an inspiration. Journe is a serious and strict guy. When asked what it was like to work under Journe, Ballouard smiles and chortles heartily, “He is a true artist” (and all that comes with it).

While he professes to love simplicity, Ballouard again remarks how much he enjoyed working on the most complex watches. Though it is true that his own creation is simple in execution, getting to that simple state in the Upside Down Watch likely wasn’t very easy. His years at Journe seemed to have a big effect on Ballouard as the movement in the Upside Down Watch is slightly reminiscent of how things are done at FPJ. A fan of classic things, the watch is 41mm wide, rounded and elegant, with an easy-to-read dial made of textured titanium.

Currently only offered in platinum, Ludovic wears a prototype he has been testing for a some time. The finishing is off and the movement isn’t as nicely decorated. Like many watch makers, he is beta testing his own product. The watch is likely in steel and not platinum at this point. These are practical guys we are talking about, who don’t often splurge on themselves.

Playing with the watch is probably the most fun part of it. Though, realistically, you wouldn’t be adjusting the time all the time. Maybe that is why it is manually wound? Just to give you the ability to adjust the time frequently when it runs out of power. Detailing is impressive and the wow factor is there. A toy watch that is also dressy as well as a bona fide piece of indie watchmaking isn’t very easy to find as well done as it is here. 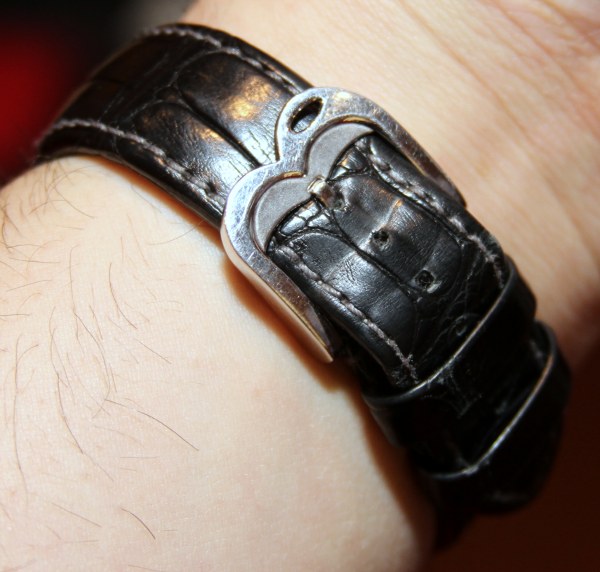 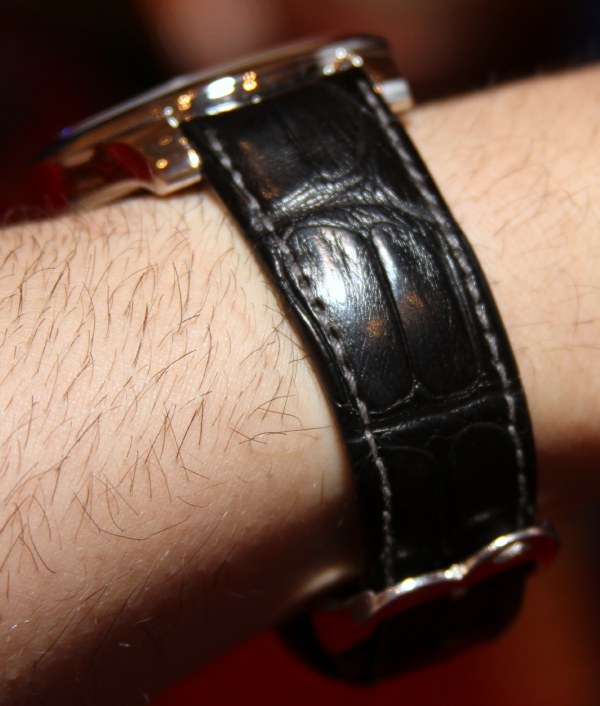 Of course, the watch is comfortable. With a relatively slim case using tried and true ergonomic features , you’d have to try very hard to mess up the comfort formula. Also, note the special logo on the buckle for the alligator strap. While I cannot say that I would wear the Upside Down Watch all the time, I do like it. The system of having only the correct hour right-side up is cool and intriguing. It is also rather legible when combined with the minute hands and subsidiary seconds hand.

If I had the spare $40,000 or so, I would probably shell out for one of these. Ludovic is working hard to meet holiday order demands but is also thinking about his next creation. 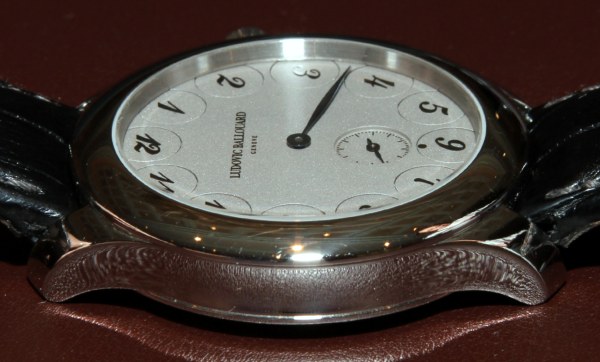