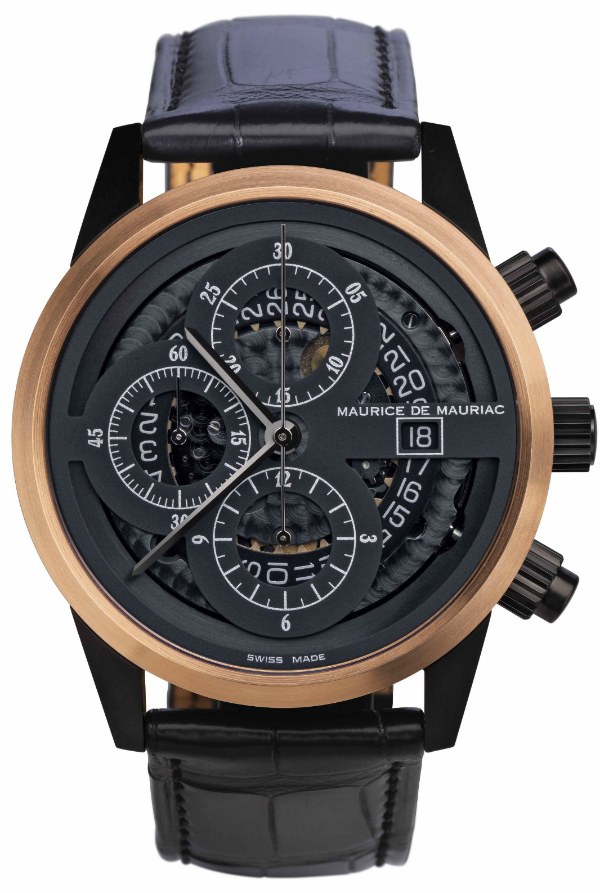 Zurich-based watch brand Maurice de Mauriac will now begin to offer a special new movement in all of their watches which are built to accept Swiss ETA Valjoux 7750 automatic chronograph movements. Sourced from Concepto (the Jacquet family) the new movements are like super 7750s.

The new movements are built on a Valjoux 7750 foundation and are interchangeable with the famous workhorse from ETA. The Valjoux 7750 is actually an amazing little machine. Continually refined for something like 30-40 years, it is not only the most popular Swiss mechanical chronograph calibre in the world, but also the base for a large number of other movements. As 7750 movements are so common, specialized movements using the same architecture are valued as they are less common and often much more attractive. 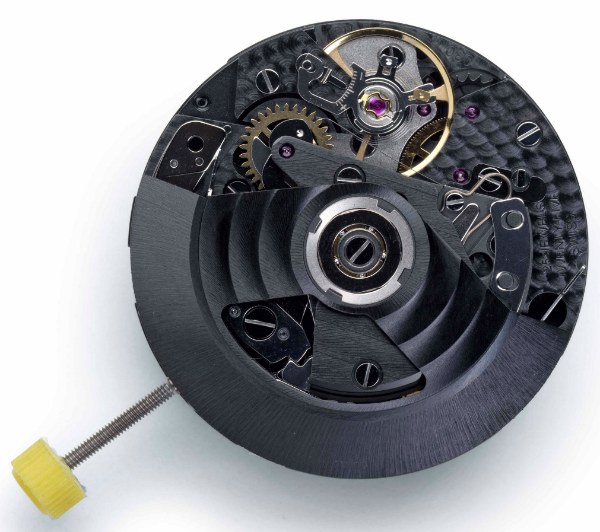 Using the architecture of the 7750, Concepto produces this and other movements like it. The movement is mostly in black with a lot of perlage and other polishing. It has an upgraded power reserve of about 50 hours and a cool rotor. I don’t know too much more but it is really neat looking. Compared to a standard 7750 it is likely to perform a bit better and of course looks really nice. It is also going to be much harder to get compared to the ubiquitous Valjoux 7750. 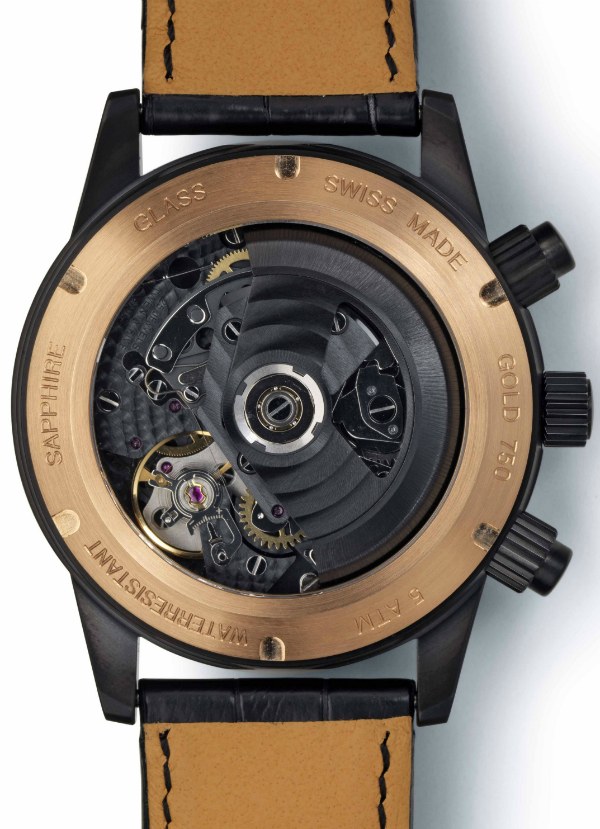