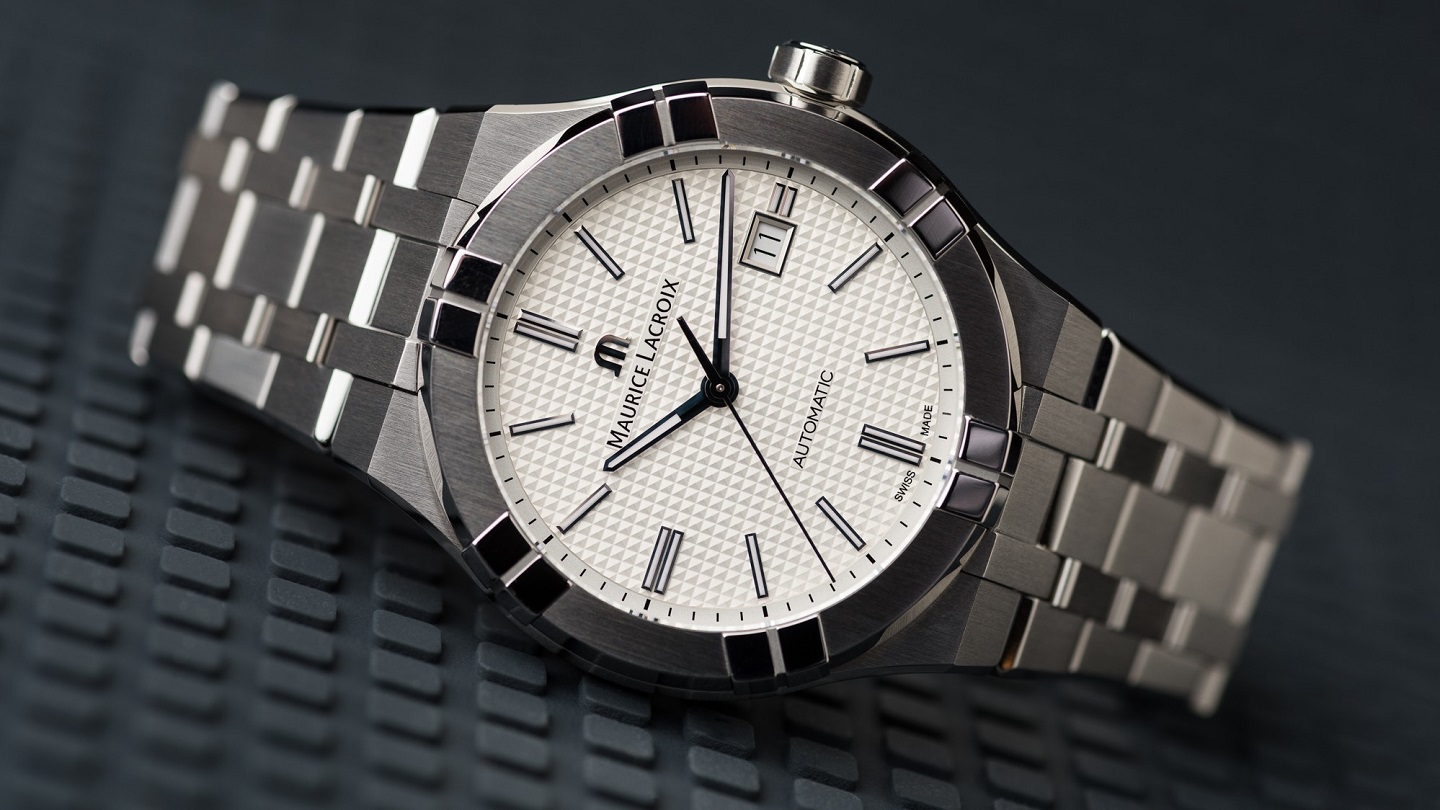 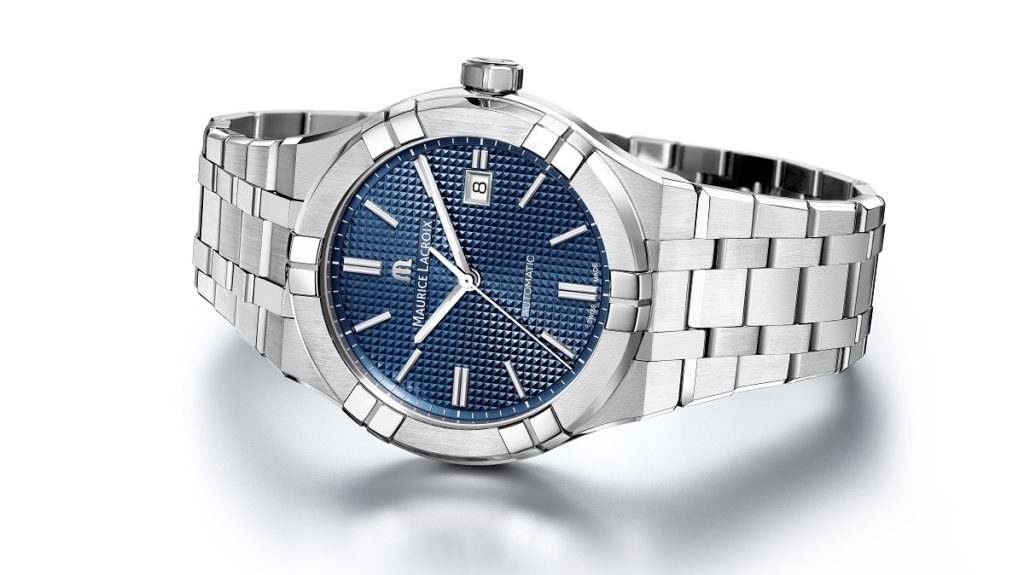 A few years ago Maurice Lacroix launched their Aikon Collection, and it quickly became one of their more popular models. The collection was in an interesting position where it felt quintessentially luxurious, superbly finished (one of the best I’ve seen in its price-point), and not too expensive, with the downside to a lot of enthusiasts being that it was quartz. New for 2018, Maurice Lacroix launches the Aikon Automatic and Aikon Automatic Chronograph, models that have been long promised. 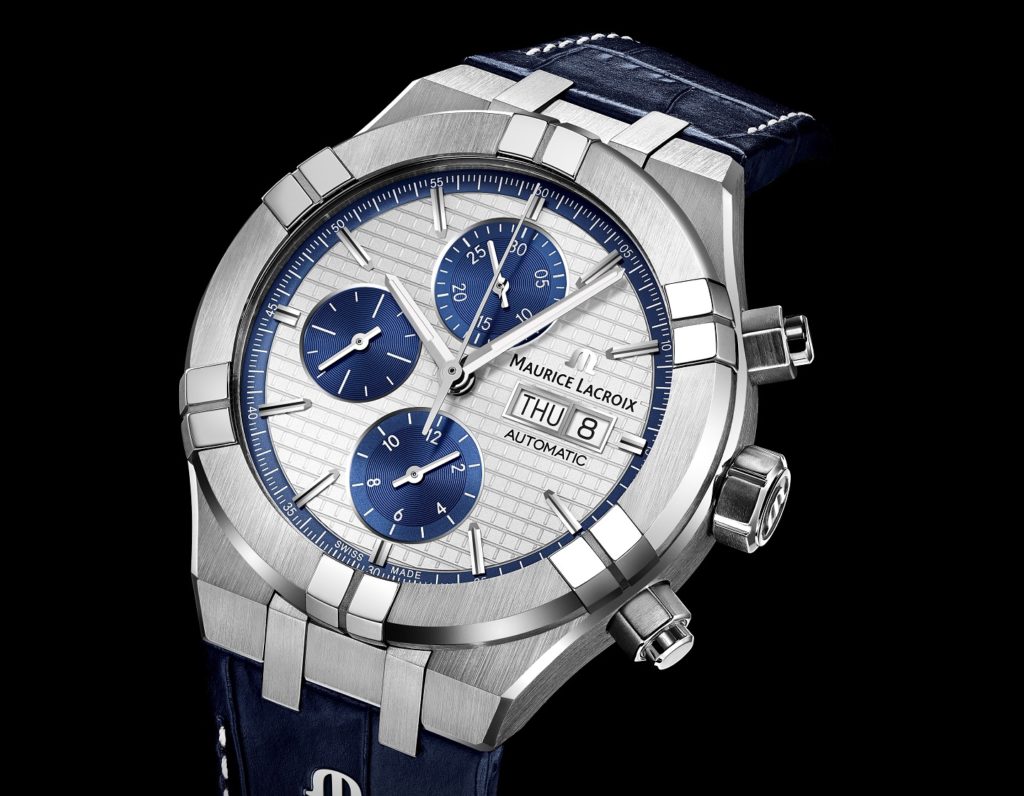 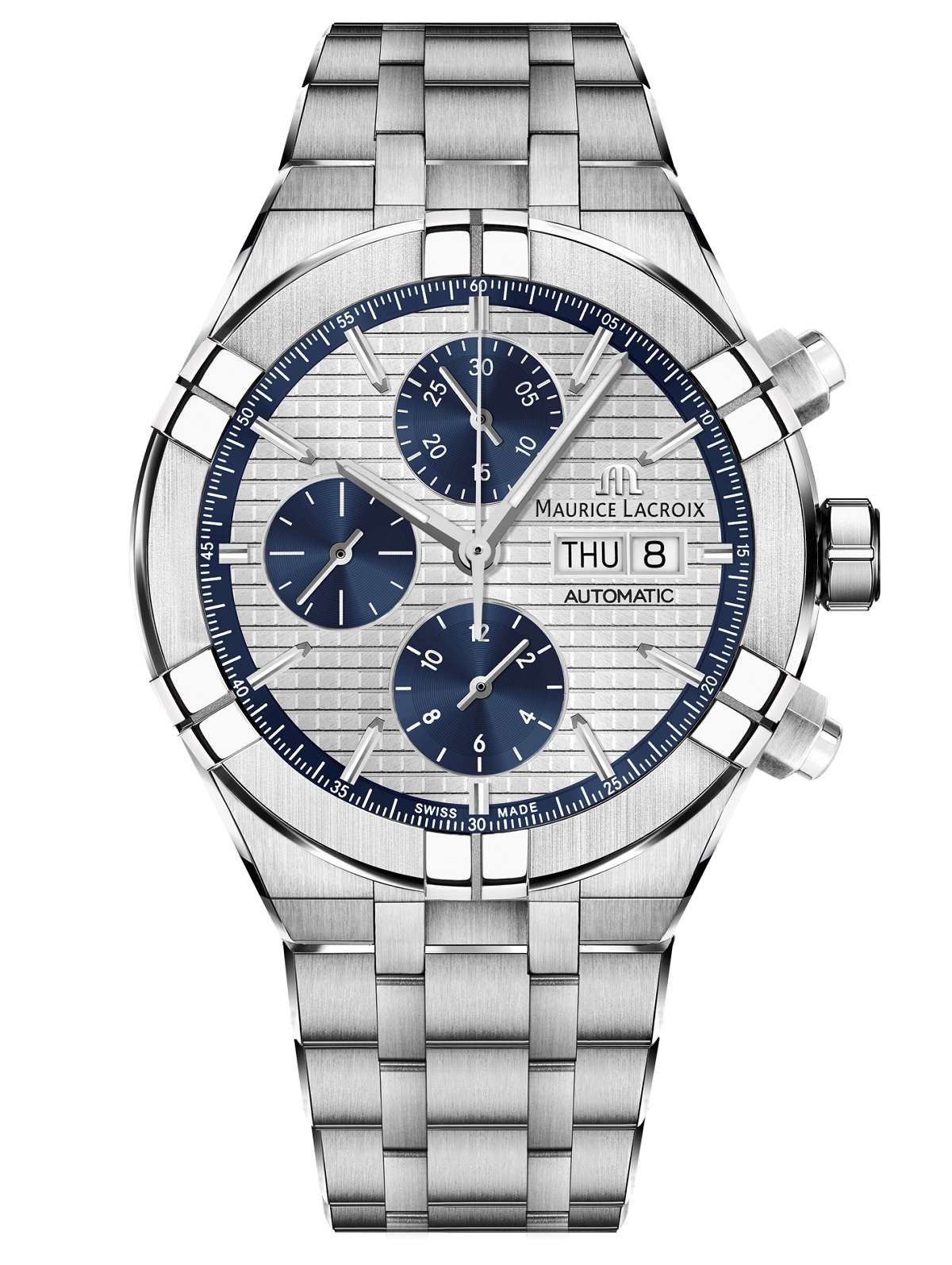 As an owner of the older Aikon Gents myself, I can attest to its quality. I appreciated the sport/dressy, modern but still ’90s-inspired design (I know, absurd). My apprehensions of the aggressive purchase price (almost $900) were squashed as soon as I put it on my wrist. The quality of the watch itself far overshadowed the quartz movement inside of it – though, I often wondered why they didn’t offer an automatic version from the beginning. 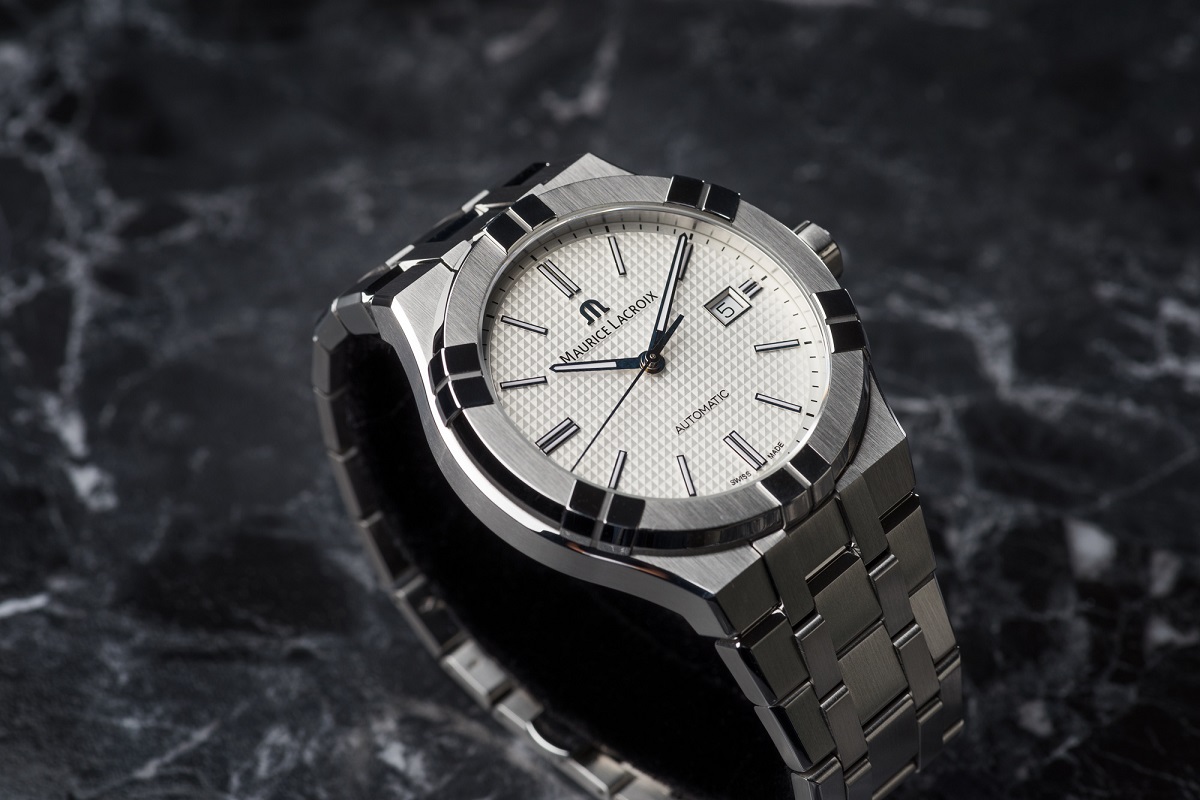 While the black, silver or blue dial colors of these watches remain the same, there are a few subtle changes to some of the aesthetics of the watch. For instance, the dial has swapped from a recessed stripe texture (a-la Nautilus) to a Clou de Paris design (a-la Royal Oak or Laureato). Which is going to be a bit of a controversy in and of itself since a lot of enthusiasts considered this a “poor mans Royal Oak” already – largely due to the lifted bezel featuring claws instead of screws, similar indices, and the five-link bracelet reminiscent of the model.

Additionally, the model gets a handset update. Gone are the chunky angled hands, and included are slightly longer and thinner hands that I feel make the dial look a little cleaner. The exclusion of defined crown guards also dresses the model up a bit without compromising the 200m water resistance with the inclusion of its screw-down crown – keeping the large appeal to those who desire a dressy watch they don’t have to remove in order to wash their hands. 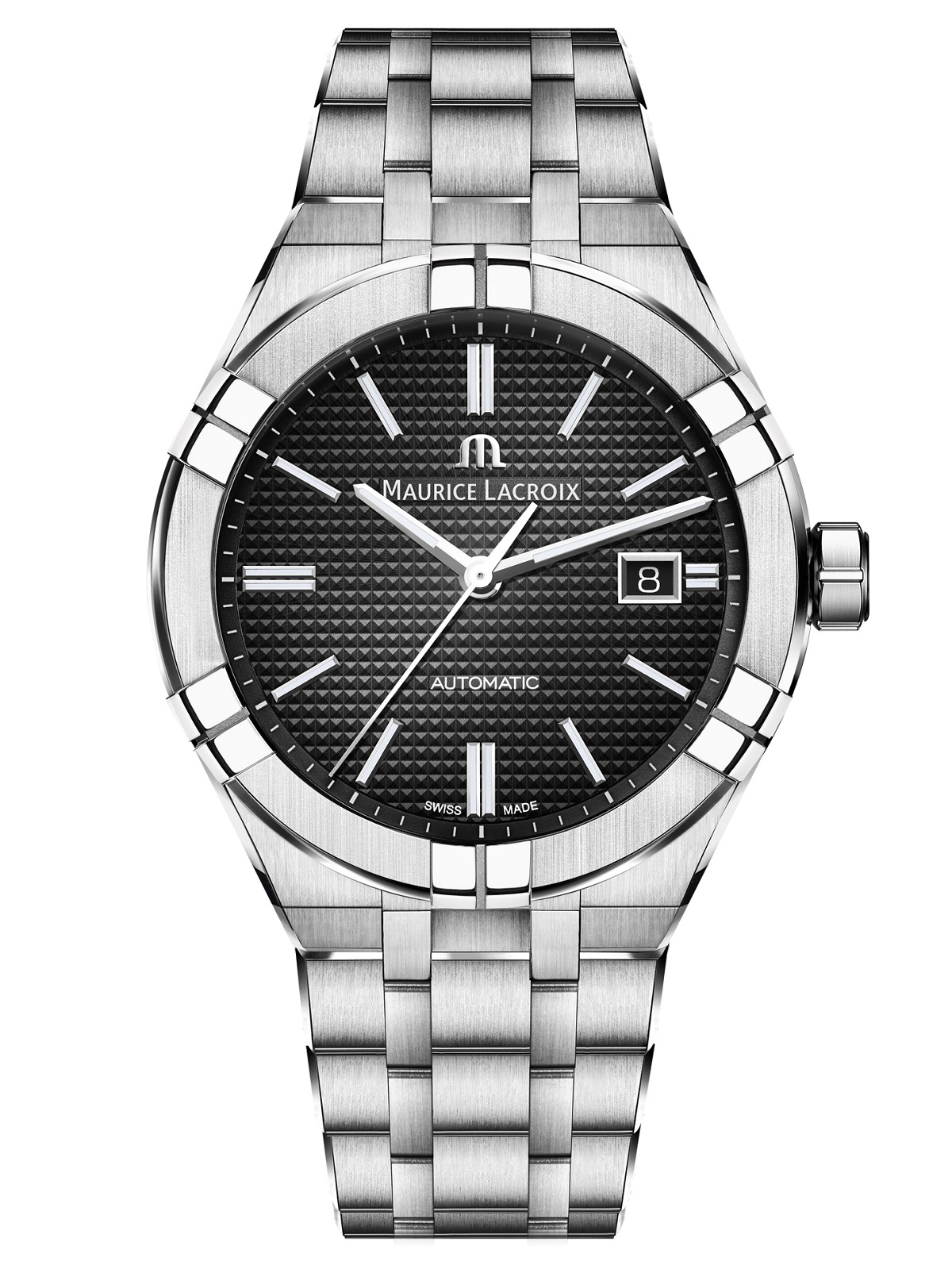 Overall, this is an attractive offering from Maurice Lacroix, even if it’s a bit overdue for the collection. Regardless of its aesthetic comparisons to the Royal Oak, this watch does sport its own DNA and fits well into an affordable sporty dress watch segment. I feel that the Aikon Gents was an already attractive offering to a lot of casual enthusiasts, and the inclusion of an automatic will likely open the collection up to those who would typically write-off a quartz movement base above a certain price-point. Price for the Maurice Lacroix Aikon Automatic will be $1,890 on leather and $1,990 on the steel bracelet. The Maurice Lacroix Aikon Automatic Chronograph’s pricing will range between $2,890 and $2,990 depending on strap and bracelet options. mauricelacroix.com