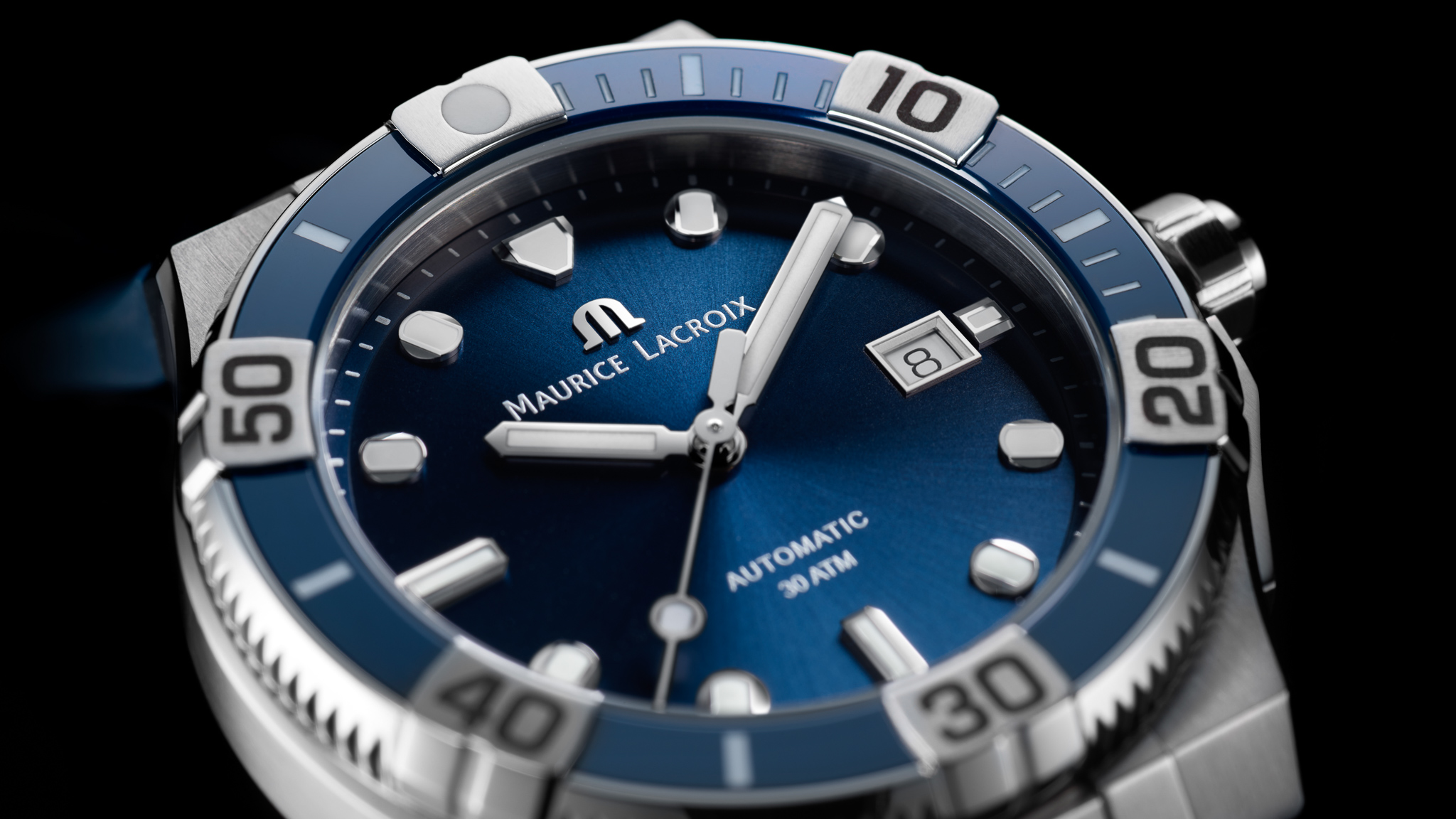 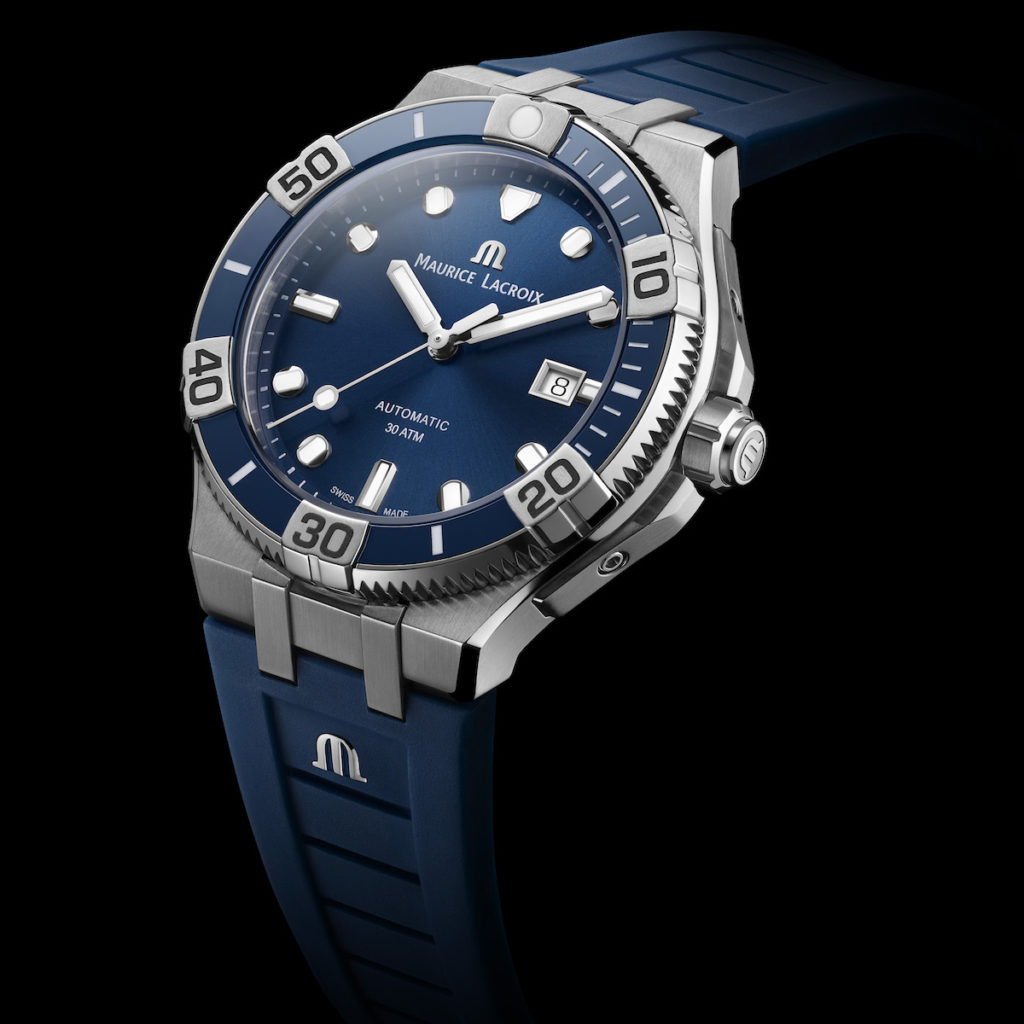 Since the quiet demise of the super-underrated Pontos S Diver, I’ve been keenly awaiting Maurice Lacroix to fill the void in its lineup with a proper modern dive watch. And just ahead of Baselworld 2019, we’re getting exactly that, in the form of an expansion to the Aikon line of sports watches, called the Venturer. This is the first formal addition to the automatic Aikon, mixing existing key design signatures with a few new elements to yield an entirely new, and markedly more capable watch.

One thing that made the automatic Aikon pretty unique (go hands-on right here), was that it blended modern design and a dressy dial aesthetic with a sleek, angular case that was actually water-resistant to 200 meters, making it a surprisingly smart sport-luxury choice whose capability stood well above many of its peers. Though the Aikon has traditionally drawn criticism for an aesthetic vaguely resembling that of a Royal Oak after a few weeks at the gym, a closer inspection reveals very few elements that are actually as derivative as the comment sections might suggest. But for those who couldn’t see past the comparison, the new Venturer is an Aikon in case and bezel only — with nearly every aspect of the watch being re-tooled to better serve as a dive watch. 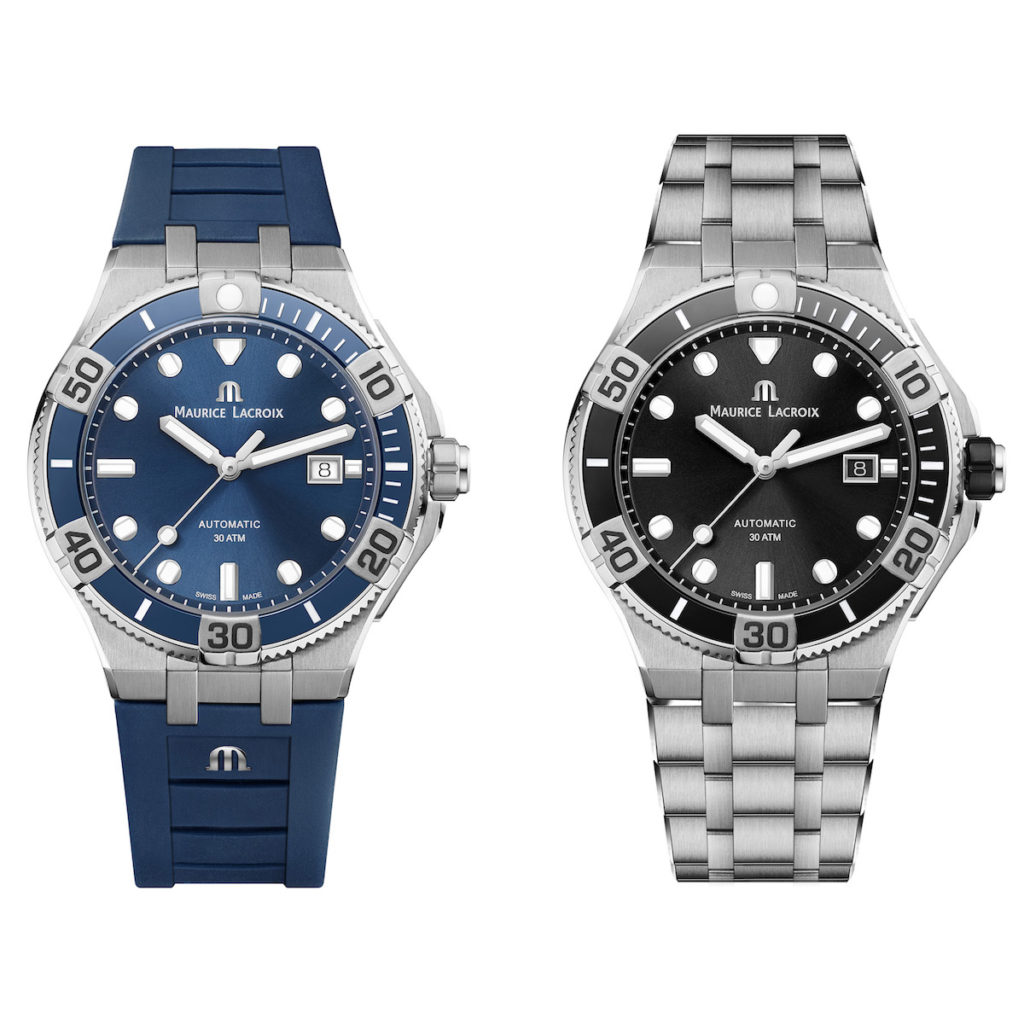 The Venturer is an important watch for Maurice Lacroix, as it not only carries the torch for the brand’s signature sports watch line, it also gives watch fans another reason to consider the Aikon as a serious alternative to comparably priced sport-luxury lifestyle watches from Swiss brands like Oris and Longines. But while the aforementioned generally lean towards more classic stylings, Maurice Lacroix has its design language set firmly on “modern.” And that’s not a bad thing; precious few brands are deviating from their mid-century icons anymore, which leaves MLX in unique territory all its own. 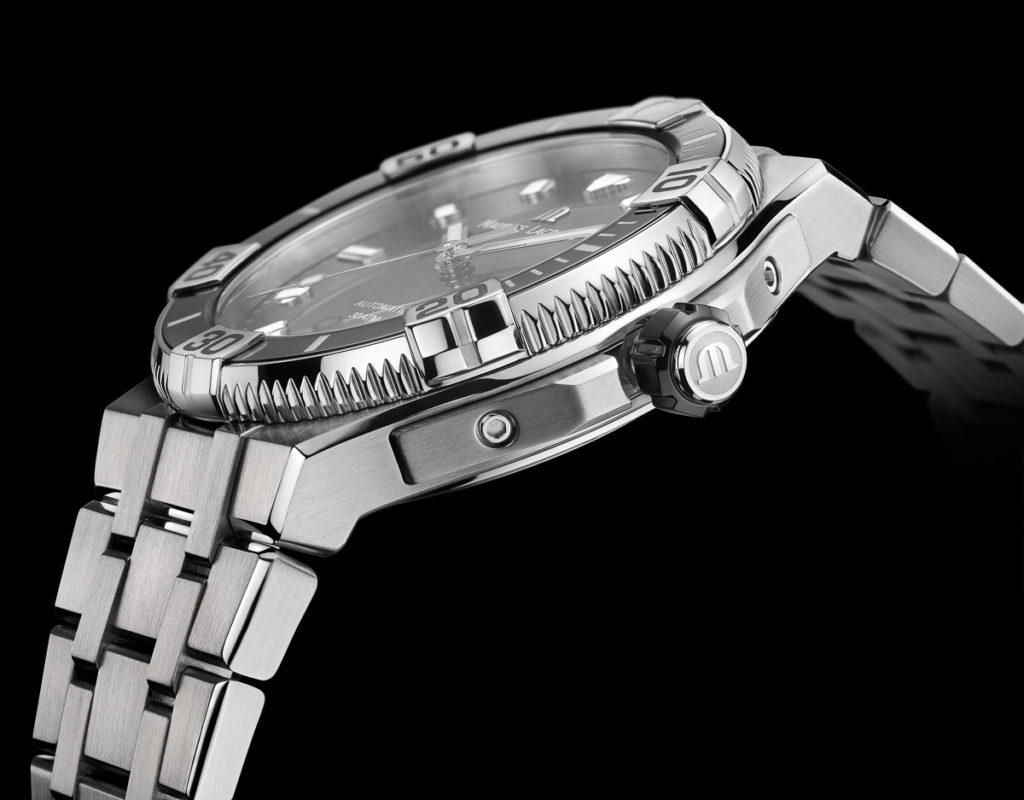 As mentioned, the new Venturer utilizes a stainless-steel case footprint similar to the three-hand Aikon automatic, but it ups the size to 43mm and comes with an additional 100 meters of water resistance, bringing this diver to a solid 30 atm, or 300 total meters of water resistance. Slightly flat and rectangular in shape, the case is most unique for its super-comfortable downward curved lug design where either an integrated rubber strap or a five-link bracelet can be easily attached, thanks to its interchangeable strap system. The fixed circular bezel with its six, raised ten-minute “claw” markers has been replaced with a visually similar unidirectional rotating dive bezel, thick in height, serrated on its edges, and fitted with a ceramic insert that features a graduated dive scale for the first 20 minutes and finished with a fat luminous pip at 12 o’clock. Unlike the current Aikon, the case is flanked by a pair of screwed-on crown guards, adding a bit of visual weight to the overall design, but leaving little doubt that this Aikon is a dive watch, through and through. 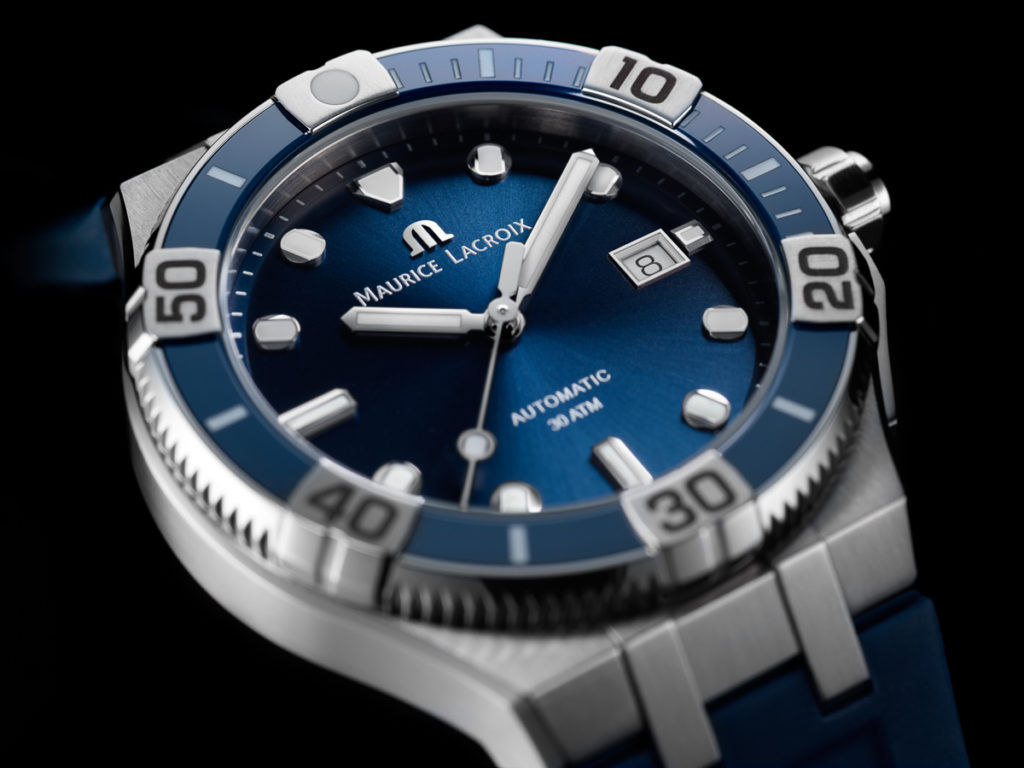 But the biggest changes to the Venturer are in the dial, which skips the admittedly derivative hobnail pattern found on the traditional Aikon watches in favor of a smooth, sunray finish that plays nicely with its aquatic inspiration. Its applied hour markers are circular in shape, but each features a deep rectangular cutout that neatly mirrors the long stripes of luminous paint on the sword hands. This interplay between curved and straight surfaces echoes a neat theme throughout the Aikon line, and it’s quite cool that MLX designers have managed to further incorporate it in a diver. There are, after all, only so many ways to execute a classic waterman’s watch, but the Venturer does just enough to distinguish itself from a visual standpoint without rocking the dive boat too hard (unlike the “Calypso,” its predecessor back in the nineties). Which is to say, it’s presented as a safe, semi-familiar product, but one that still feels fresh enough, thanks to the interesting design DNA of the Aikon’s angular, multi-faceted case. 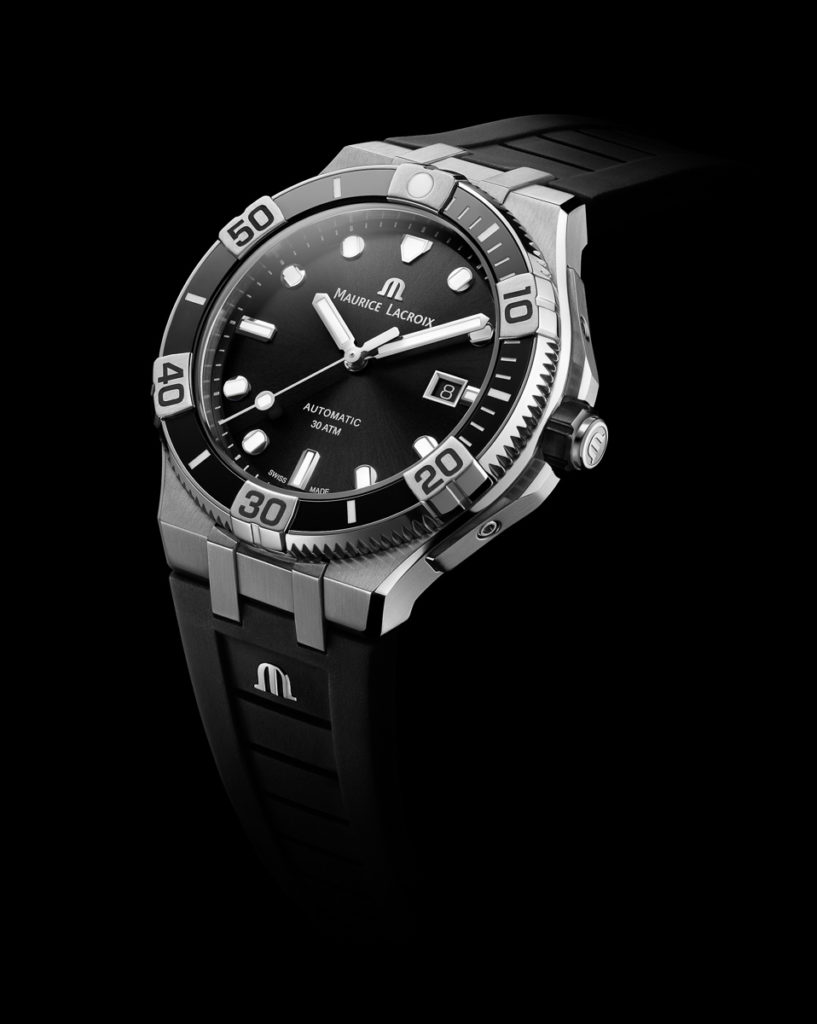 Unlike the wild new Aikon Mercury, which exhibits some interesting in-house designed movement innovations, the Venturer uses the far more standard Sellita SW200 (Maurice Lacroix calls it caliber ML115), a three-hand date movement hidden beneath the engraved caseback which beats at the familiar 4 Hz. delivering around 40 hours of power reserve. Coming in just under $2,000, the Aikon Venturer has a starting price of $1,890 on a rubber strap, and $1,990 on the bracelet, though serial strap-changers might want to take advantage the Venturer’s easy interchangeable strap system with a special package that includes both rubber strap and bracelet for $2,190. All told, the Venturer’s price is only a small premium over the standard Aikon, which starts at a price of $1,750. Learn more about the Maurice Lacroix Aikon collection over at mauricelacroix.com