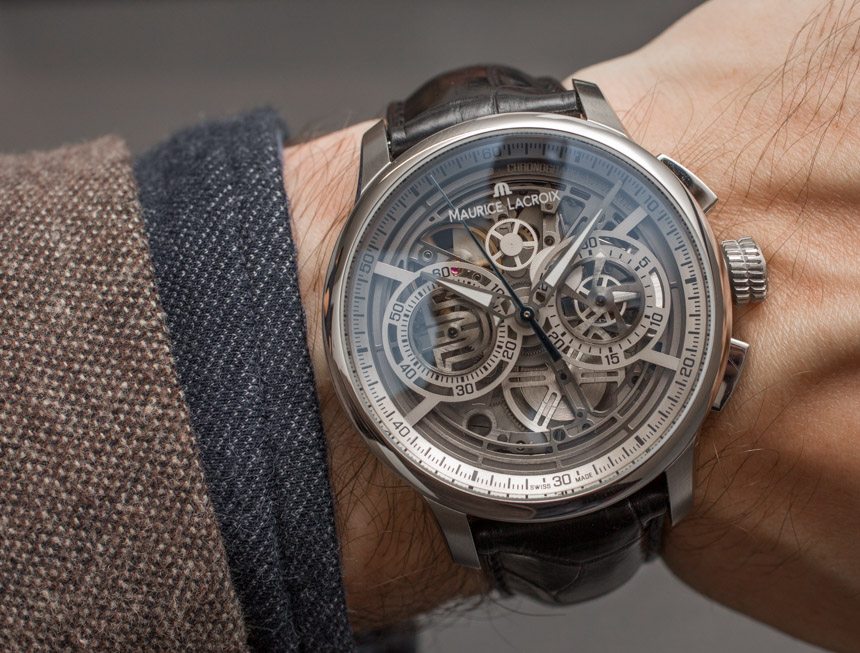 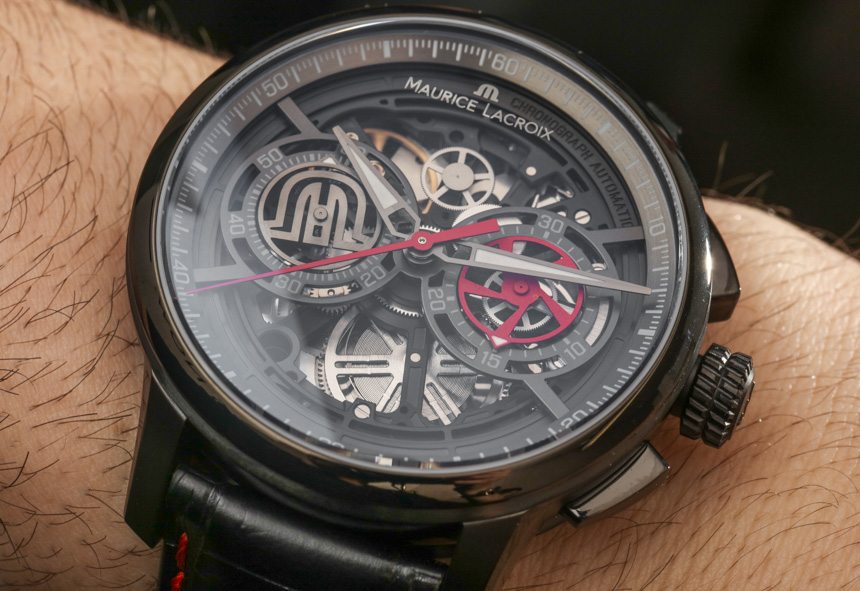 Even at prices around $8,000, the Maurice Lacroix Masterpiece Chronograph Skeleton watch is a decent value if you are in the market for a skeletonized chronograph. Skeletonization is popular in mechanical watches these days for good reason. In an age of smartwatches and quartz watches, of course, being able to visually appreciate the mechanics of a traditionally non-electronic watch is appealing. Not just to the wearer themselves, but also to onlookers who view these watches on the wrists of people who wear them. 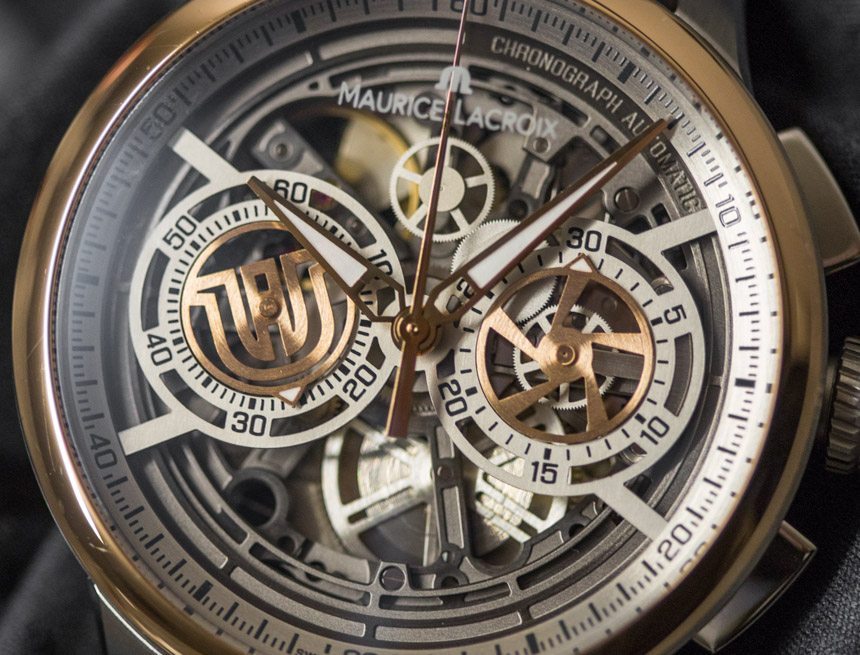 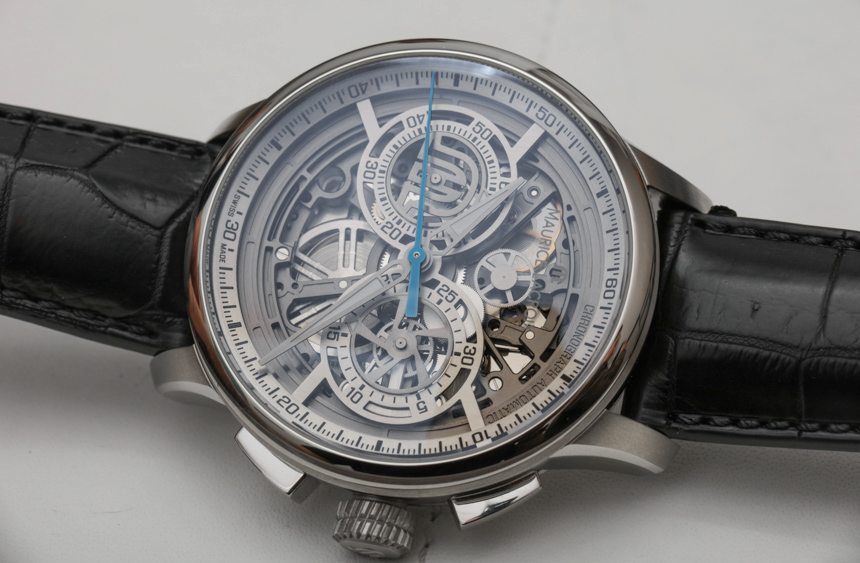 With that said, skeletonized watches aren’t for everyone. In exchange for an intimate (and decorated) look into a watch movement, you lose in things like legibility and classic appeal. Fully skeletonized watches can be accused of lacking qualities like elegance or calming simplicity. Then again, there are plenty of other watches that offer that. The challenge for any skeletonized watch (and for the most part why they are all different) is two-fold. First is the challenge of being able to artistically show the “story” of the movement in its full mechanical glory while also maintaining a timepiece’s basic functionality – which is being able to view the time (among other things, such as on the Maurice Lacroix Masterpiece Chronograph Skeleton that has, obviously, a chronograph). 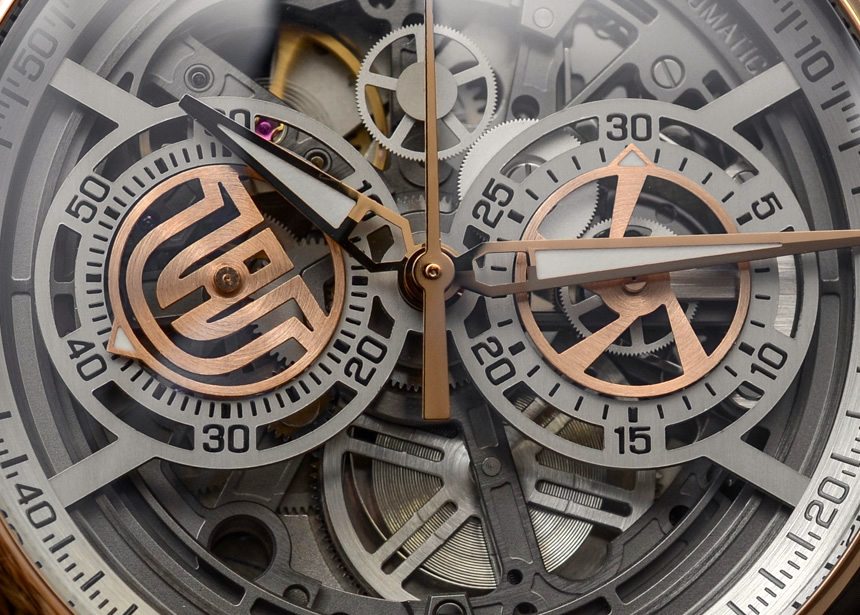 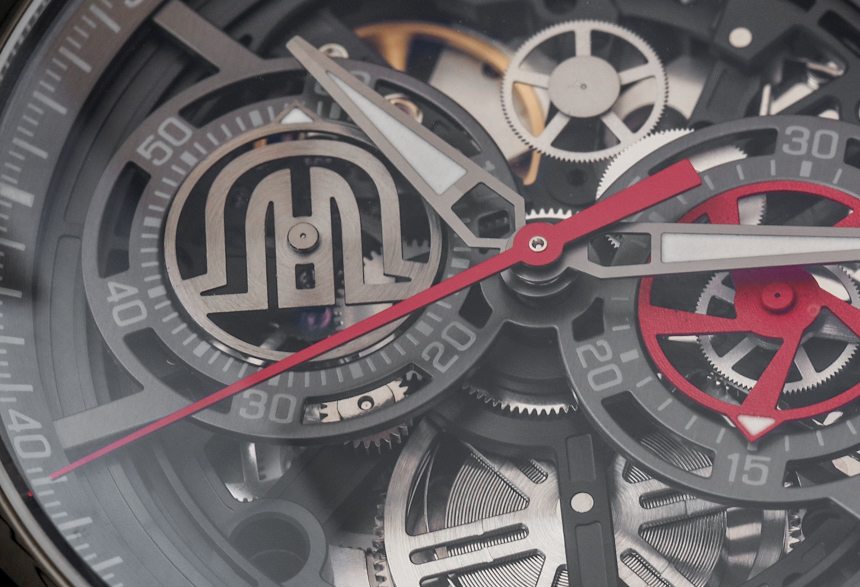 The second challenge for any skeletonized watch after its designers are able to combine an intimate view of the gears, wheels, and bridges is to do so in an attractive manner. This is where the art comes in and where many fail, and only a few succeed. The art of skeletonization is not just about cutting away, but also about decoration. Such decoration can take many forms from engraving of images and patterns to surface polishes and finishes.

A more classic approach to skeletonization does involve a lot of engraving which is available today but less common. I believe the reason for this is the pursuit of a contemporary look and also to avoid a design which may be interpreted as a bit feminine. Let’s not forget that, skeletonized or not, men’s watches must nevertheless appeal to men – and a skeletonized watch must do that just right. 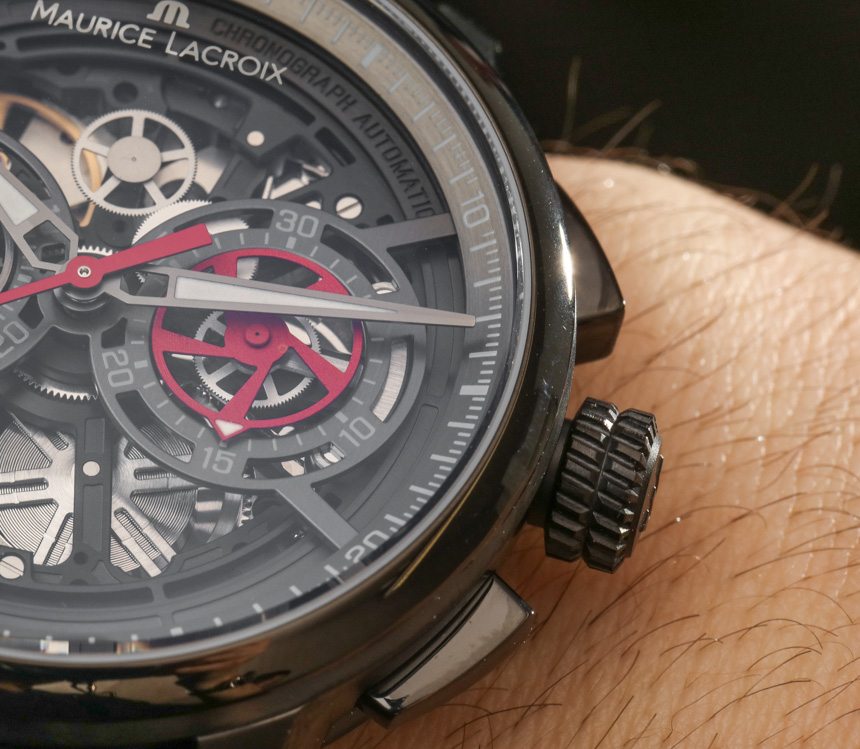 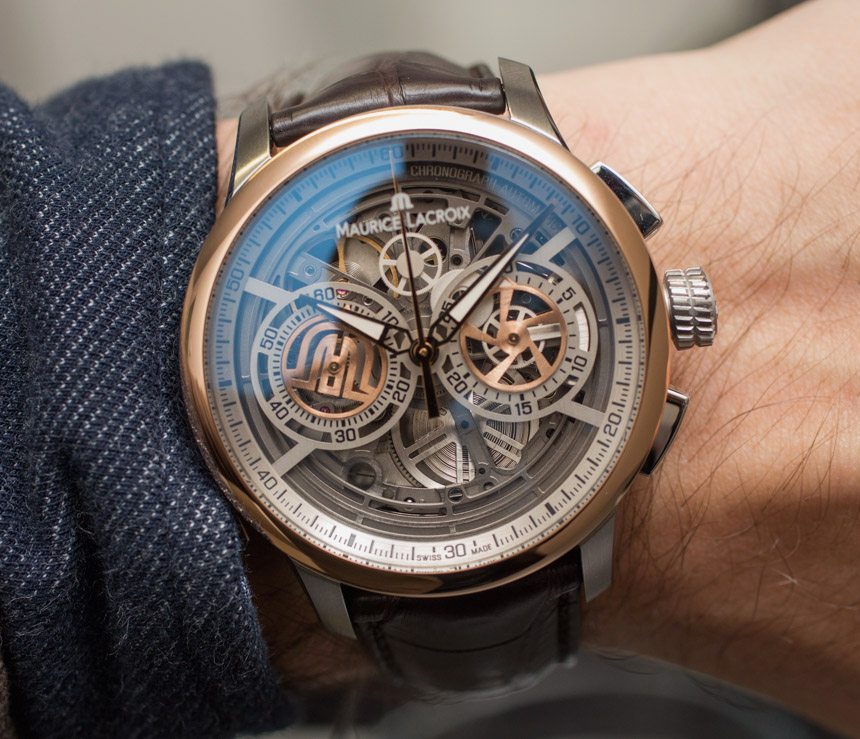 Like many contemporary Hublot watches, we see a focus on angular industrial lines and brushed finishes. That’s not at all uncommon given the themes many male watch lovers today are fascinated with. The hour and minute hands are painted in lume and pretty easy to read, while there is a traditional minute scale around the periphery of the bezel. Nevertheless, I would take issue with the lack of a complete scale of hour markers. 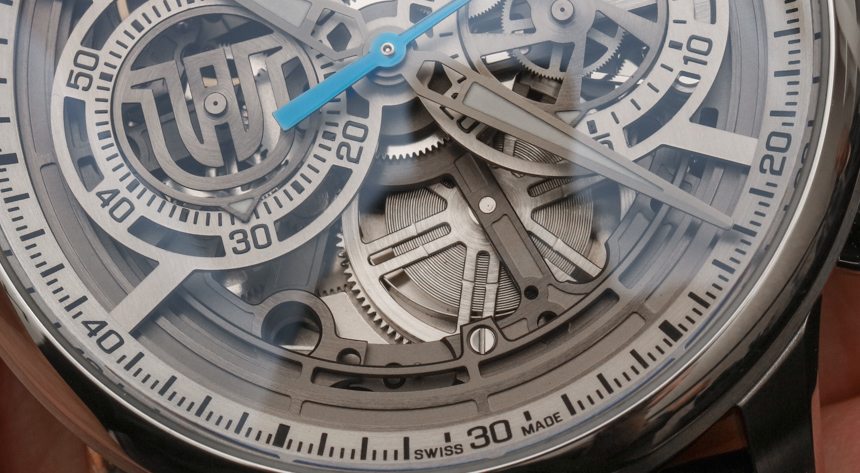 For the subdials, Maurice Lacroix opted for skeletonized discs instead of hands. The disc used for the running seconds hand to the left has an integrated Maurice Lacroix “M” logo, which is a cute touch. The skeletonization is not total, as you can’t see through the back of the watch – but that isn’t normally what I look for, since I don’t fancy viewing my own arm hair each time I check the time. 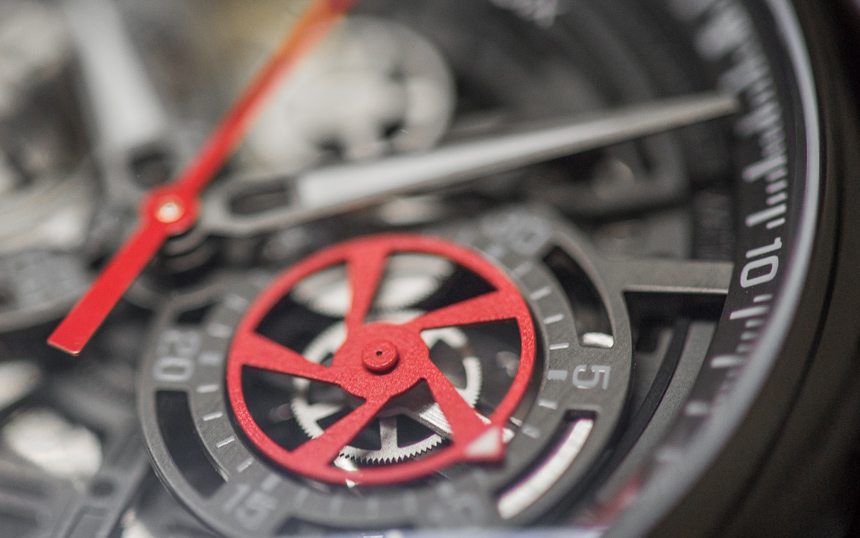 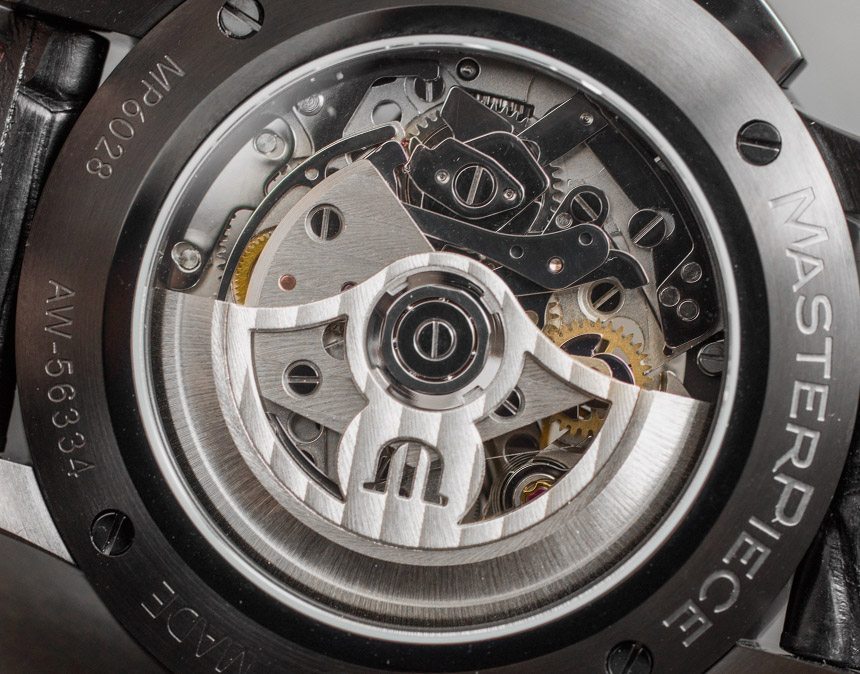 On their website and in their marketing materials, Maurice Lacroix is overly coy in discussing what the movement is. They don’t even give it an arbitrary caliber name. The best we get is “automatic movement.” Come on guys, a little effort please? The movement appears to be a modified base Swiss ETA Valjoux 7750 or Sellita SW500 automatic chronograph which can be seen through the rear of the case. It appears as though Maurice Lacroix uses some of their own elements on the dial, which makes for a nice mixture of a solid, stable 4Hz (28,800bph), 48-hour power reserve movement that has been designed to have the time and 30-minute chronograph. 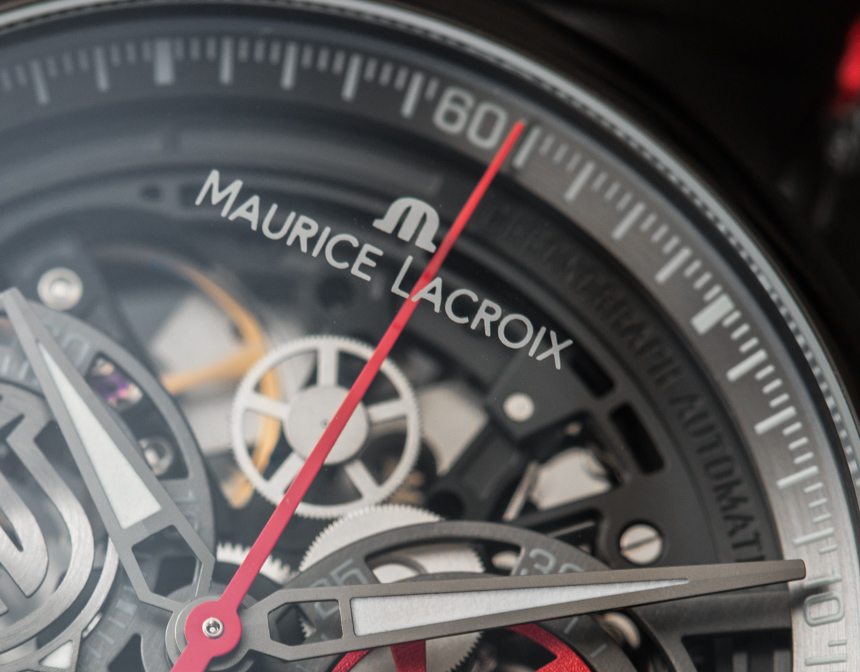 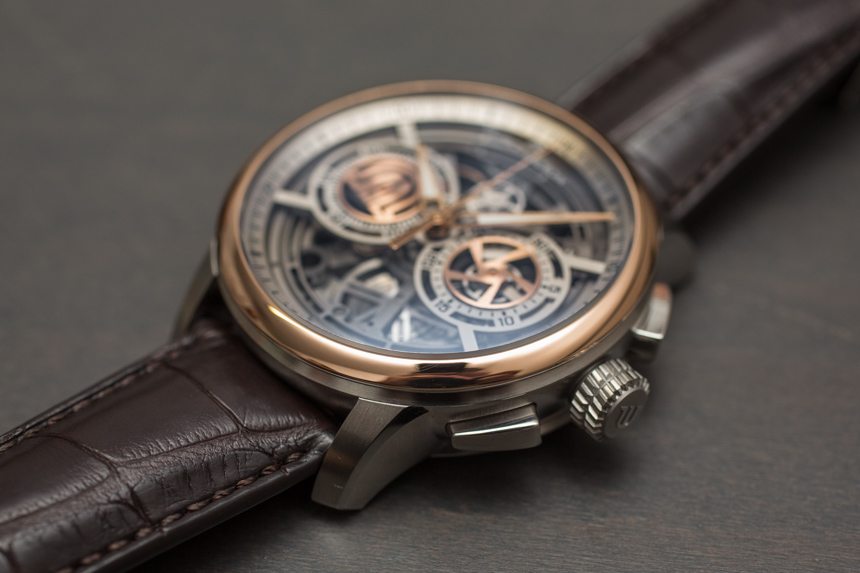 Each version of the Maurice Lacroix Masterpiece Chronograph Skeleton has a steel case, but the top-of-the-line model has a solid 18k rose gold bezel with matching hands on the dial. There is also a PVD-coated black case with red chronograph hands which is rather slick-looking as well. The case is 45mm wide, in typical modern Maurice Lacroix style, and offers 100 meters of water resistance. 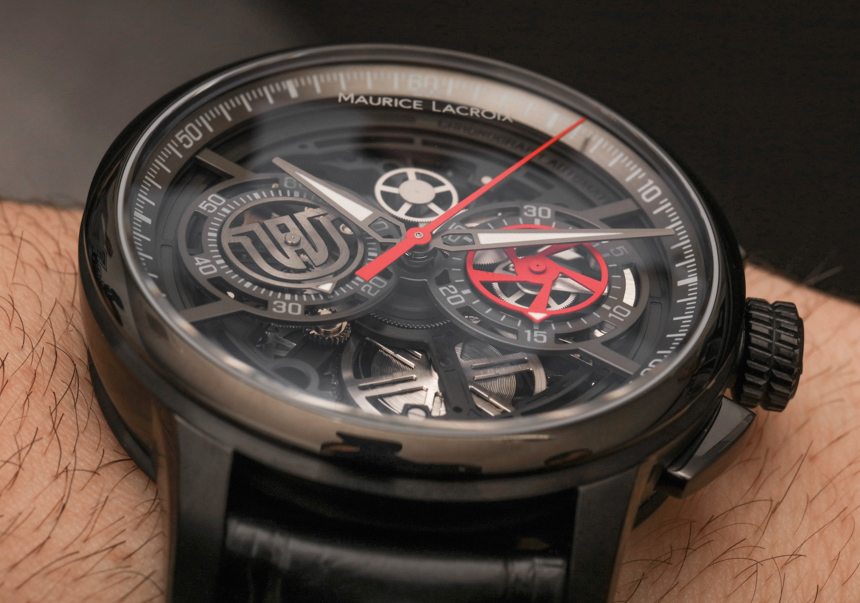 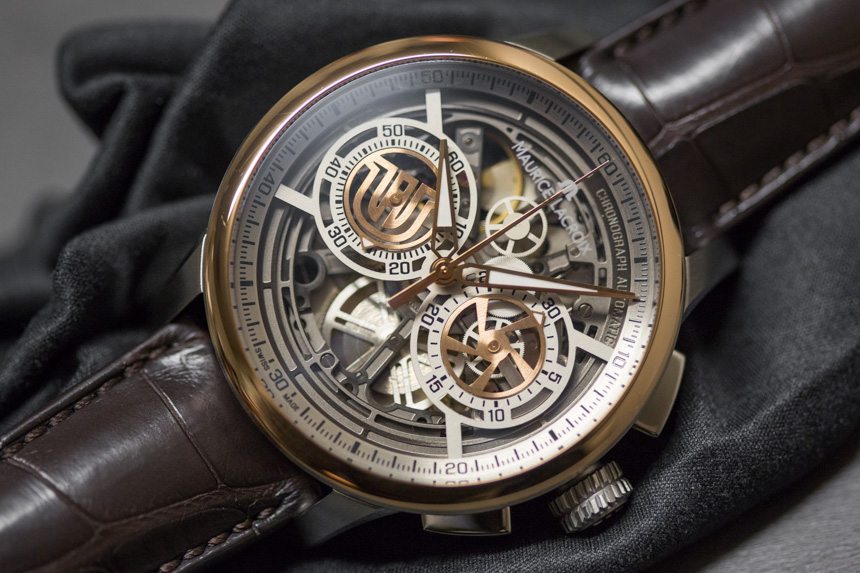 Attached to the Maurice Lacroix Masterpiece Chronograph Skeleton watches are alligator straps with folding deployant clasps. Overall, these are handsome and distinctive-looking watches marred by a lack of story telling at the brand which would give them more personality. Maurice Lacroix is a perfect example of a brand just waiting for the right personality to come out and complement its mostly very decent timepieces. The Maurice Lacroix Masterpiece Chronograph Skeleton reference MP6028-SS001-001-1 in steel is $7,400, the MP6028-PVB01-001-1 in PVD-coated black is $7,900, and the reference MP6028-PS101-001-1 in steel with the 18k rose gold bezel is $8,400. mauricelacroix.com