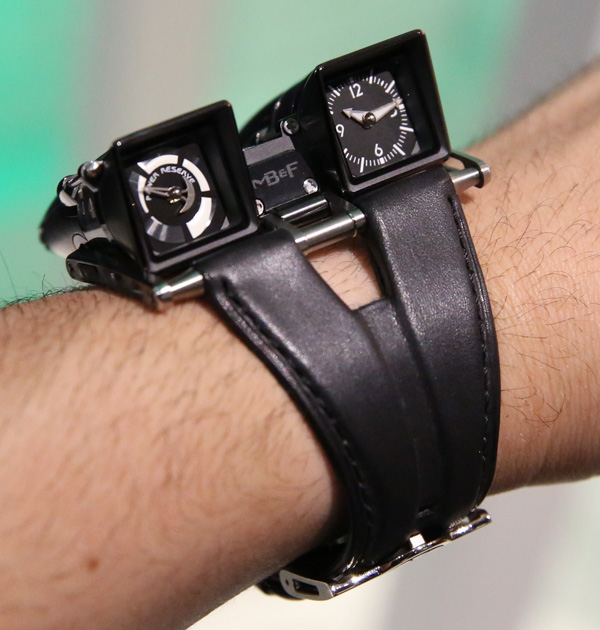 Among controversial watch brands there are controversial models. MB&F is no stranger to this. While I personally found a lot to enjoy in the HM4 watch collection it was not everyone’s favorite. Which is less than ironically the case for the HM1, HM2, HM3, and now the HM5. MB&F sort of relishes in the love and hate relationship people sometimes have with their products. I mention all this not to state the obvious but because I think that MB&F itself had this relationship with the HM4. Not that they disliked the watch, but rather that it proved so difficult to play around with – making for a difficult watch/watch designer relationship.

Consider watches like the HM2 and the HM3. Each of those enjoyed a range of rather impressive and diverse variations. I won’t go into specifics, but the novice reader can spend a few minutes searching the aBlogtoWatch archives because I believe we covered them all. But just think of some of the examples. The HM2 watch version with the all-sapphire front plate, the HM2 designed by Alain Silberstein. Or how about the multitude of HM3 watches? They aren’t even done yet with those. There was the fantastical jewelry collection owl versions done with Boucheron, and an evolution on the design with the Frog. The HM4 got a few paint jobs, and a panda rider. 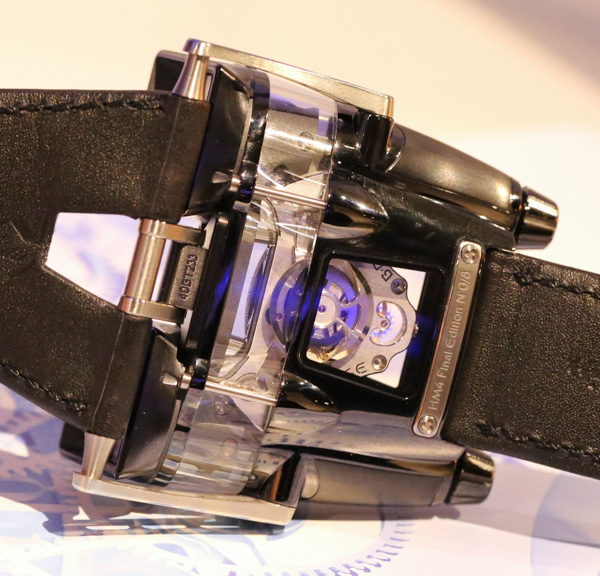 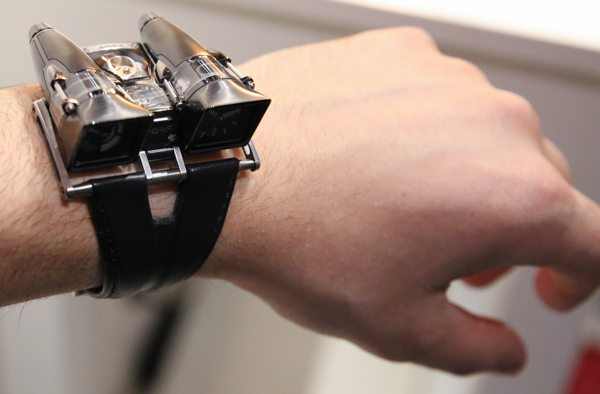 Now, the HM4 Thunderbolt goes out with a model simply called the “Final Edition.” The anticlimactic name halts the limited production model with an all-black version that has hoods over the time and power reserve dials to hide them from uncouth onlookers. I mean really, how dare people try to read the time off MY watch without asking? Hooligans…

I can’t help but get the feeling that MB&F is/was stuck with the core design of the HM4 so much that they could not offer wild variations. The case and movement were so unique, the inner sapphire case segment so expensive that it was just too much effort to change the watch while still having it make financial sense and still being able to call it an HM4. I know none of this for a fact, but it merely looks this way to me. That is a shame because the HM4 was truly one of my favorites. Offering it with a cool painted and riveted case with the Razzle Dazzle & Double Trouble was totally cool, but it felt more like a fancy paint job than a meaningful variation. Seeing the HM4 versions that MB&F offered all together sort of compounds that sentiment. Despite saying all this, looking at the overall case and concept, I don’t think I could have suggested to MB&F any meaningful ways on how to change it. There just wasn’t that much room to play with. 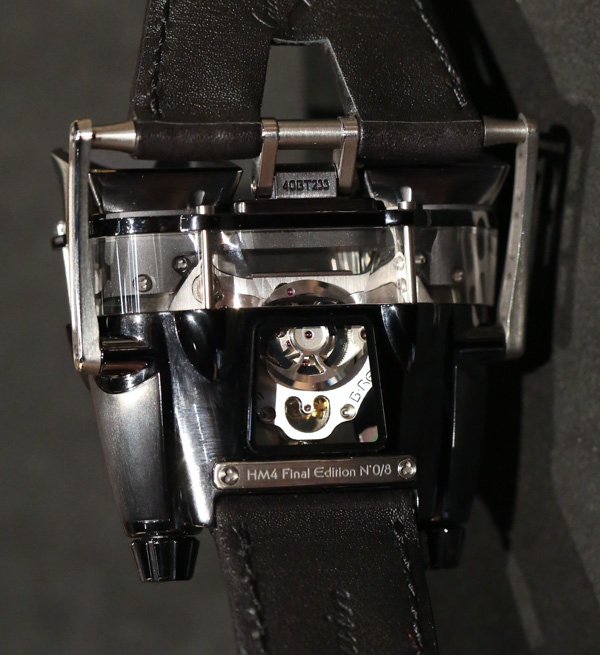 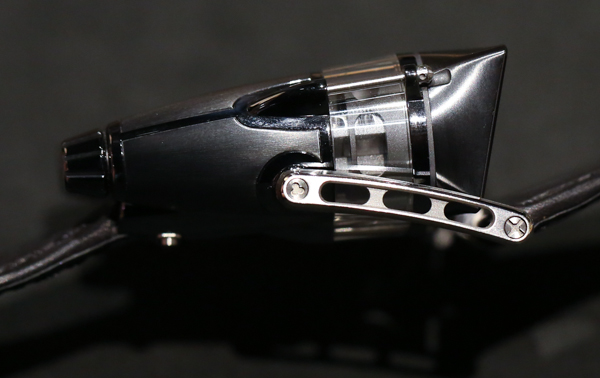 Upset I am not, but it does make for an interesting observation. I have a feeling that in the future, the HM4 will be one of the more highly sought after and collectible of the Horological Machines because it is unique even among unique watches given how everything, and I mean everything about it was ultra-custom. Another unique part of the HM4 collection was that it was never technically a limited edition – at least not by name. MB&F said they would make a certain amount each year. However, they did say that they would only make a certain amount of HM4 movements (100 of them). What does that mean? Well basically that each model was technically a limited edition, but that at launch they had no idea what all of those models would be. They promised 100 movements to play around with and that was it.

The limited edition amounts of each of the HM4 models was staggeringly low – say eight or 18 pieces only. The Final Edition is limited to eight pieces. It looks like 2013 will be the final year of the Thunderbolt and its kin. One hundred pieces will be made and one of the more unique MB&F models will be laid to rest. I think that the HM4 was simply a great technical and logistical challenge for MB&F. It is my guess, but it would make sense given all that we have seen. 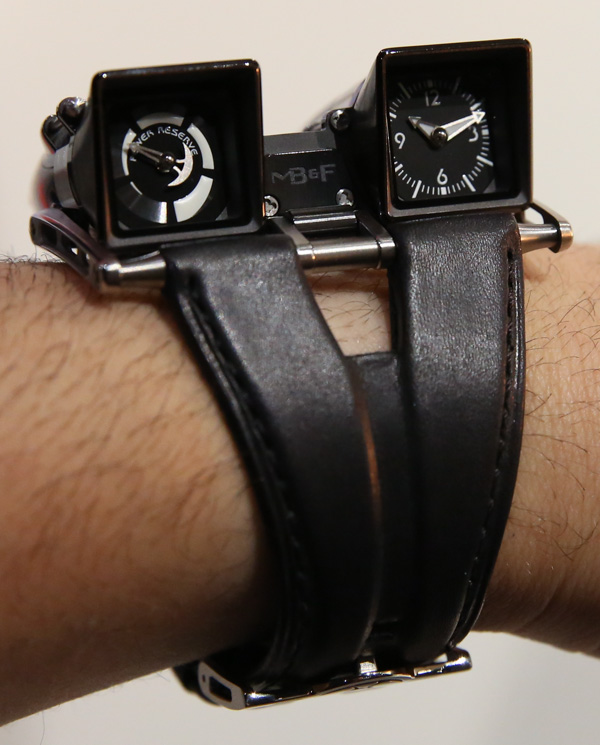 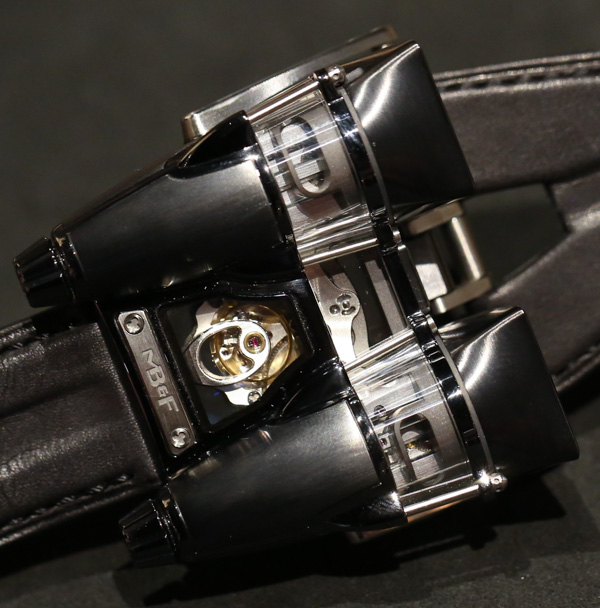 So getting back to the HM4 Final Edition we have two square hoods over the dials and a dark gray/black-coated titanium case. It looks just as cool as ever, but I prefer the original with its rounder dials. Having said that, the darker color of the Final Edition is pretty cool. The only other dark colored HM4 was a limited piece (of one) produced for Marcus (a watch store on Bond Street) in London with an all black case. So in total only nine HM4s in black were ever made.

As odd as it still looks, the HM4 is very comfy on the wrist. The flexible front lugs and thick strap make for a nice fit. It is still cool to look through the sapphire crystal middle section of the case to view the manually wound movement that looks like a Star Trek spaceship. As before, the HM4 features just the time and a useful power reserve indicator. This watch is all about the design and concept versus the mechanical complication. The watch features two crowns, one is for adjusting the time, and one is to wind the movement. With just 100 pieces around the world, the HM4 remains a rare treat and unique model that helped solidify MB&F as among today’s great art watch makers, even though the HM4 perhaps never realized its full potential in a variety of forms. The Horological Machine No. 4 Final Edition watch will be limited to just 8 pieces with a price of $230,000. Consider that the HM4 Thunderbolt had a price of $158,000 at launch. mbandf.com 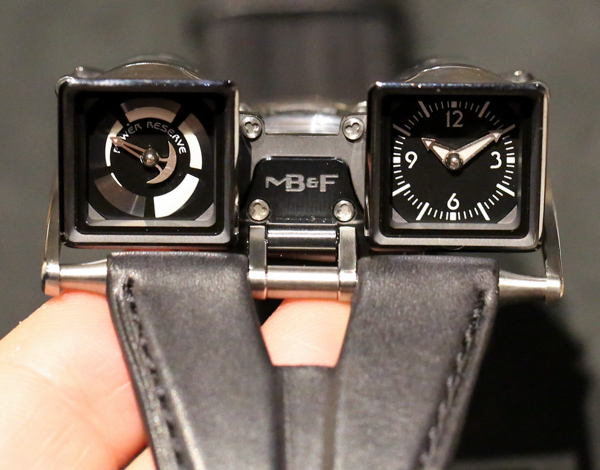 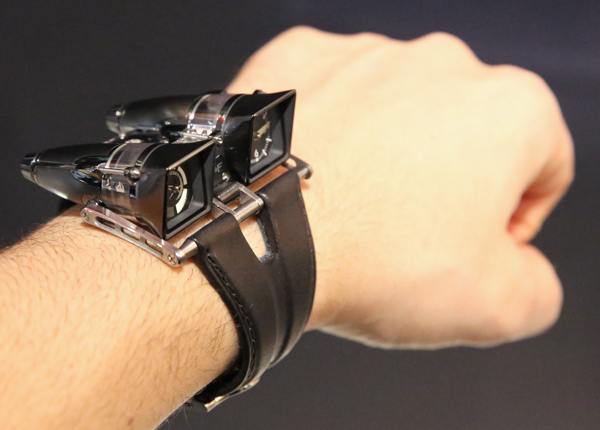