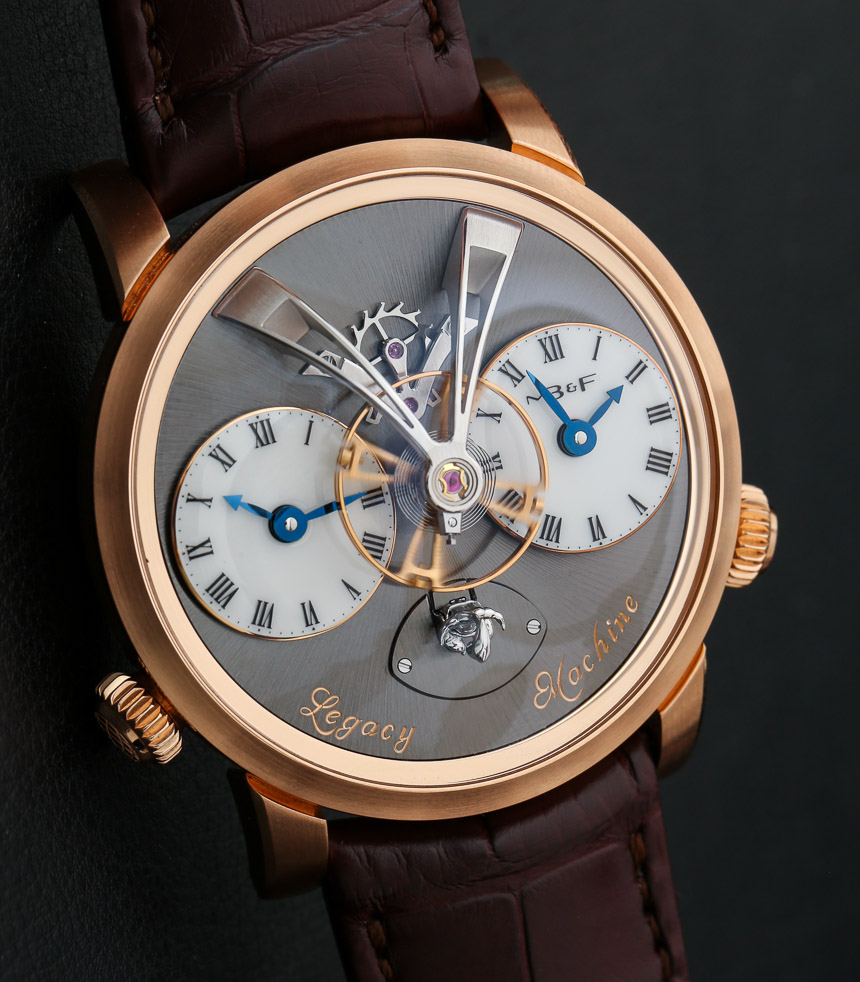 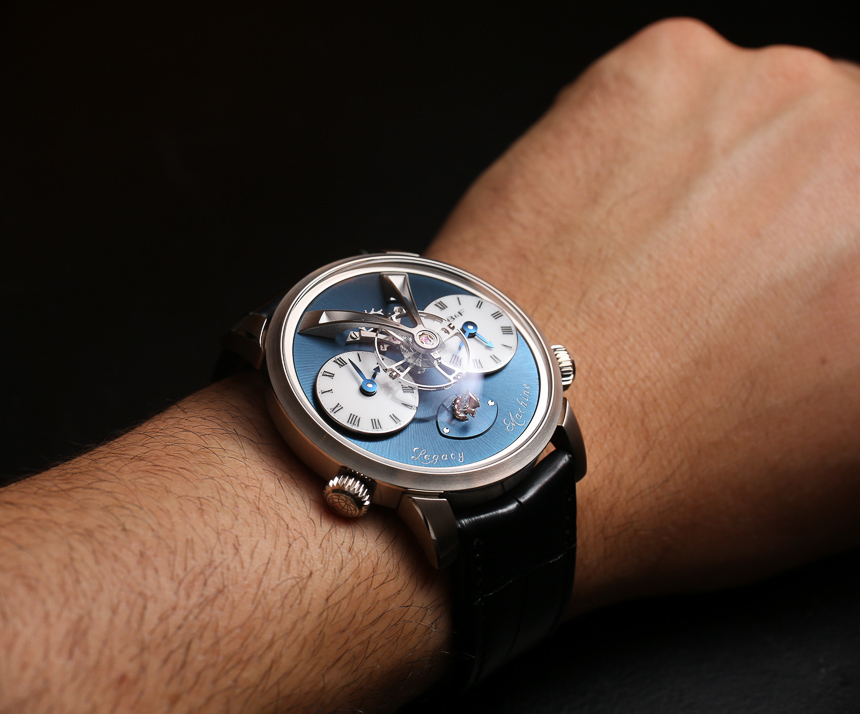 For 2014, boutique Swiss watch maker MB&F releases its next “performance art” watch that combines a member of the MB&F watch family with the talent of an artist appreciated by the brand and its founder, Max Busser. This concept has been around almost since the beginning of the brand and here takes the form of the limited edition Legacy Machine 1 (LM1) Xia Hang timepiece. What is new about it? Look closely and you’ll see a modification to the original LM1’s vertical power reserve indicator on the dial.

The character on the dial is a form that Chinese artist Xia Hang has been exploring for years now that he refers to as “comma men.” It is often the case that artists fixate on a form, character, theme, color, or medium. In Hang’s case the medium is steel, and the forms are the comma men. In addition to the solo polished steel figurines he creates, you can find comma men in many of Hang’s larger works. Actually, Xia Hang should be familiar to some of MB&F’s more involved fans. He has been featured in the MB&F MAD Gallery in Geneva for over a year, where some of his larger mechanical artistic sculptures are on display and for sale. They are pretty cool actually, all functional in their ability to transform – and all feature comma men. 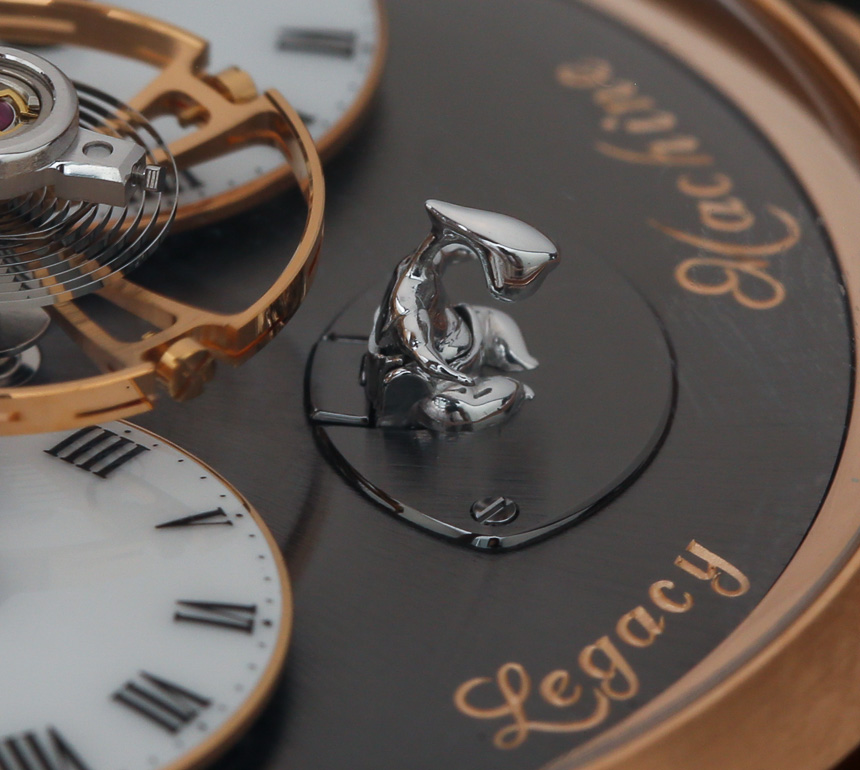 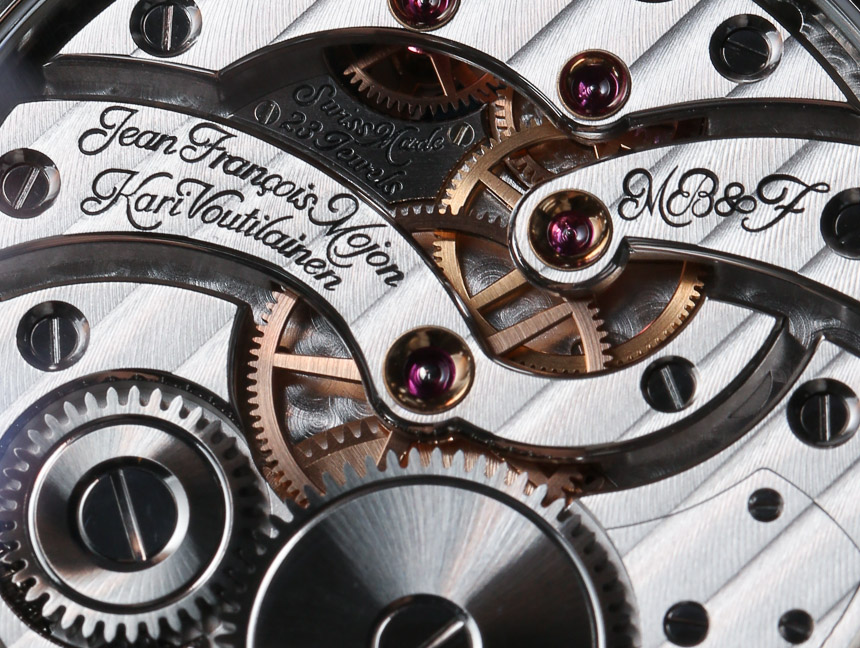 MB&F offers a different name for the comma man in the LM1 Xia Hang watch. Because “he” serves as the power reserve indicator, his torso actually bows as the power reserve of the watch decreases, and when the watch is wound he rises once again. Thus, MB&F calls him “Mr. Up” or “Mr. Down” (depending on his mood, or the mainspring’s mood for that matter). Let’s be frank, Mr. Up or Down also looks like Mr. Butt or Mr. Testicles depending on your perspective. Mr. Hang formed the head and face of the character from the concept of the comma in Chinese writing, but of course there is the intentionally provocative nature and social commentary involved in the visual design. Art is at its best when it makes you feel something, and this character is interesting because it tugs on your social ability to refrain from saying “this is a butt-head” or explicitly remark on what it appears like to you.

MB&F did an admirable job of miniaturizing the comma man on the the dial of the Legacy Machine 1 watch. This is actually the second such time they have done something of this nature. If you recall, back in 2011 they created a similar concept with the HM4 Only Watch 2011 piece (hands-on here).  That one-of-a-kind watch included a small engraved panda bear riding the Horological Machine No. 4 watch, which was more or less otherwise unchanged. The situation is similar here in that aside from the different power reserve structure the Legacy Machine No. 1 is unchanged. Having said that, the 18k red gold version adds a new and attractive dial color. 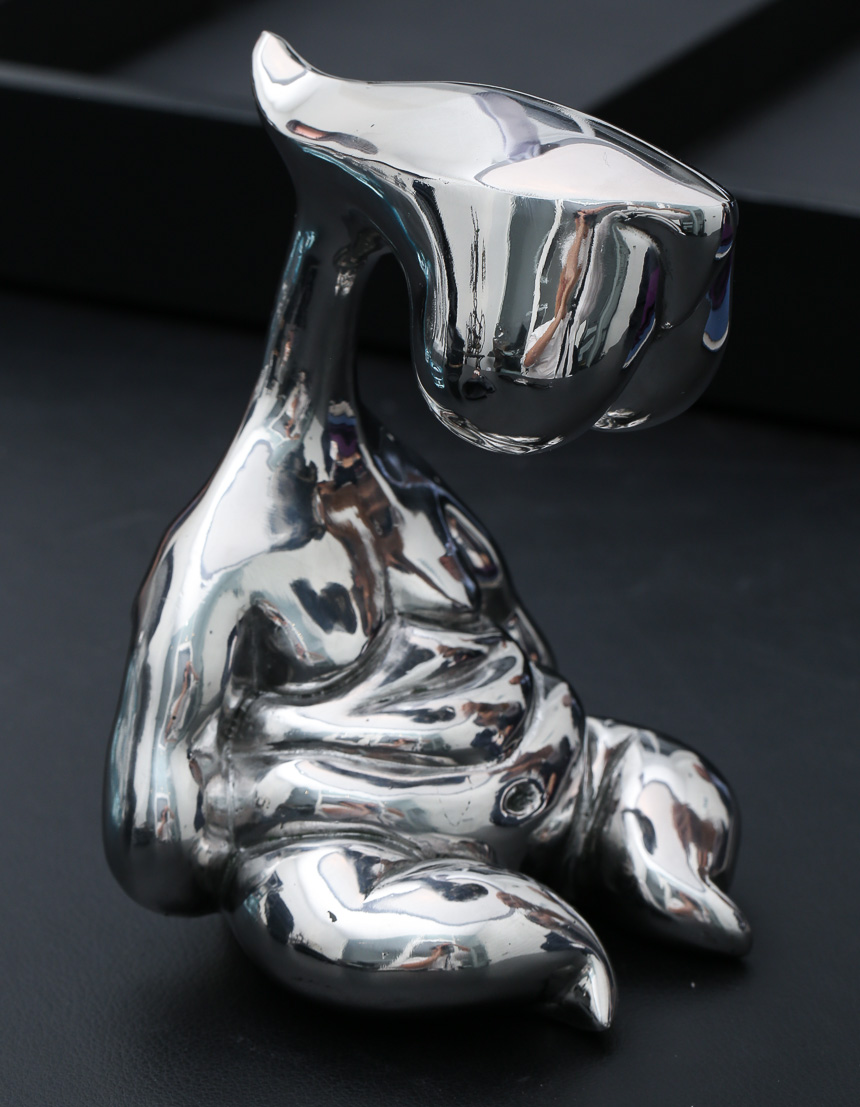 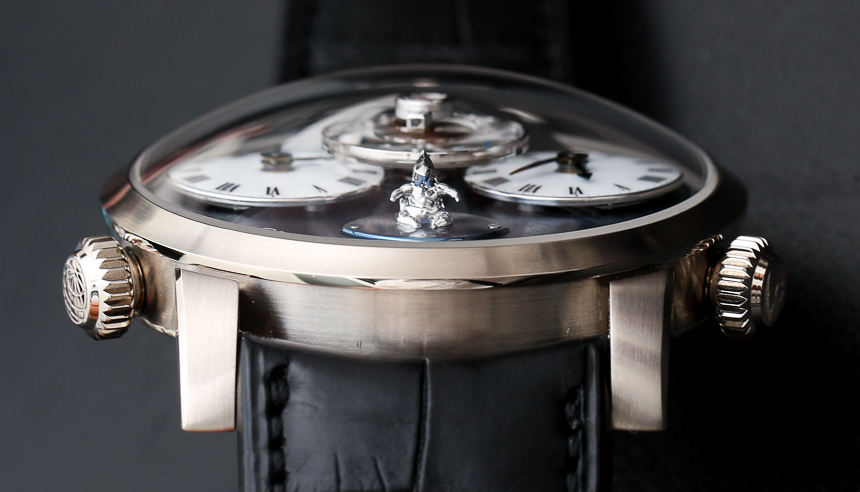 Even though Xia Hang prefers steel, Mr. Up/Mr. Down is rendered in polished aluminum. As a power reserve indicator it works very similarly to that on the standard LM1 watch (hands-on here) that also debuted in 2011. As you know, the LM1 was an almost shocking departure from what MB&F was accustomed to producing, as it was a traditional versus modern or futuristic style timepiece. Nevertheless, it proved to be a major success – and it is easy to see why, given the inherent beauty and design of the watch. At its heart, the LM1 is a traditionally conceived mechanical watch designed by Jean-Francois Mojon with each movement finished by the workshop of Kari Voutilainen.

The concept of the LM1 is to offer a face with two independent dials for the time (which can each be individually set to the minute) as well as a view of the large 18,000 bph balance wheel oscillating on a bridge that positions the wheel over the dials. It makes for a visually superlative experience that is enhanced by the world-class finishing detailing of the watch (typical of MB&F). So what does the inclusion of Mr. Up/Mr. Down and the personality of Xia Hang do to the watch? 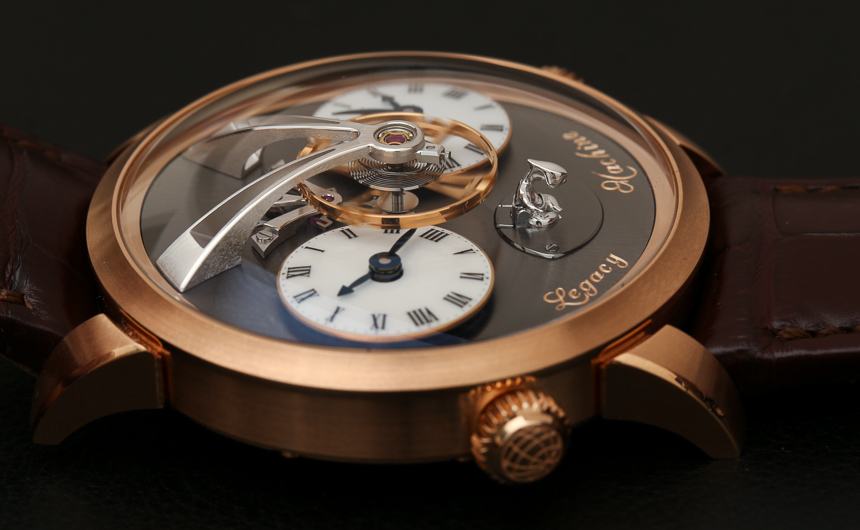