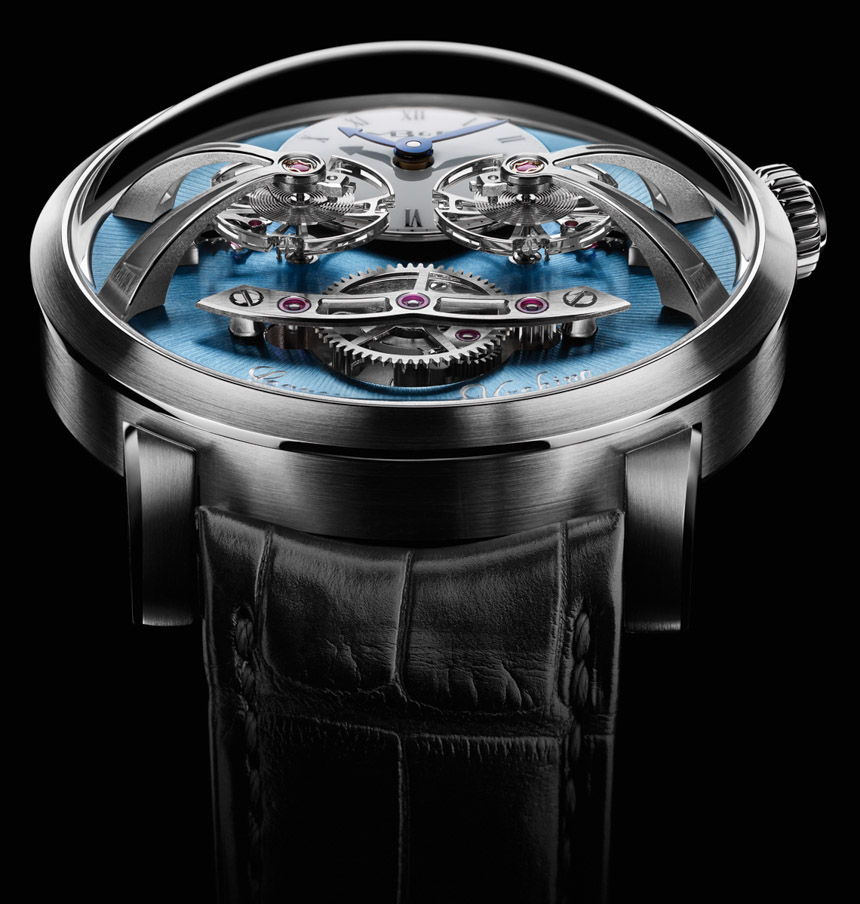 Welcome to the LM2, the second “Legacy Machine” to exit the house of one of Geneva’s most forward thinking high-end watch brands. Let’s go back in time to the Legacy Machine No 1 for a moment. Two years ago I am sitting with MB&F founder Max Busser in a small room in Switzerland. A tray covered in a black polishing cloth means that Max is about to give me one of his famous presentations. Busser composes – with what I imagine is great delight – a unique presentation upon unveiling each new MB&F timepiece. His performances are legendary, and a key element in how so many people have become excited about the brand. Consider yourself lucky if you’ve had the opportunity to see Max in action.

“I imagined what MB&F would have been if I was born in 1876 versus 1976. The Legacy Machine is not the Horological Machine (the name given to MB&F’s thus released watches). The Legacy Machine collection is a total departure from what we have been designing until now.” Max isn’t kidding. Most all MB&F watches have been directly inspired by things Busser idolized as a child. Everything from planes, cars, and science fiction have been represented in HM1 through HM5 watches. The LM1 watch (debuted here) is profoundly different. It had a round case, classic design, and more traditional execution. Max Busser seemed to have made the anti-MB&F; a high-end watch that oddly enough might be considered to compete with contemporaries such as F.P Journe or Breguet. And it was of course a beauty. 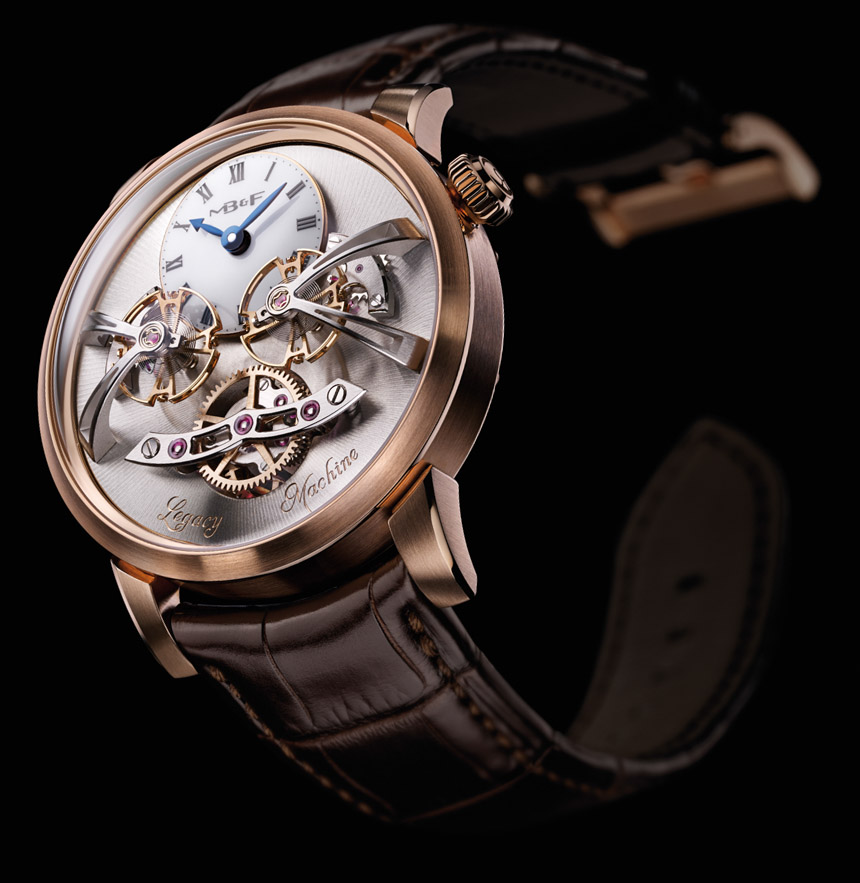 aBlogtoWatch first went hands-on with the Legacy Machine No. 1 watch here. The LM1 is a timepiece that is very easy to admire if you are a watch lover. The lines are beautiful, the execution is delicious, and it looks fantastic on the wrist. We don’t just say that as MB&F fans (which we are), but from the perspective of someone who might not even like HM timepieces at all. The Legacy Machine collection series does exists completely outside of the rest of the brands’ offering. In 2011 MB&F promised that moving forward each year they would stagger the release of a new Horological Machine with a new Legacy Machine. 2012 saw the release of the HM5 (review here), and now in 2013 we see the Legacy Machine No. 2. Is the watch as distinct a timepiece as each new Horological Machine is? Not at all. If anything, the LM2 is a cousin to the LM1 that sits in the same case, was born in the same family, and trades one horological complication for another.

While the LM1 watch was about offering two distinct times (each independently set), the LM2 is about two balance wheels. Watch lovers will recognize the two adjacent balance wheels in a single movement as an attempt to create greater accuracy thou through averaging out the results of each. This is distinct and more modern than a principle called “resonance” which historic watch makers tried to apply. The concept dates back to the 18th century when the best watchmakers of the day were heedlessly seeking ways to produce the most accurate timepieces. Around this time Breguet invented the tourbillon with the same goal. Resonance was the idea that if you put two balance wheels in a movement and put them very close together, they would “balance” each other out and the average rate would be more accurate than the two independently because the average helped factor out errors. Like the tourbillon, executing this concept was technically challenging and in their era only a few were made. There is also no hard evidence that either the tourbillon or the dual balance wheels yield increased timing performance – but you can’t deny that each of this features is beautiful to look at. 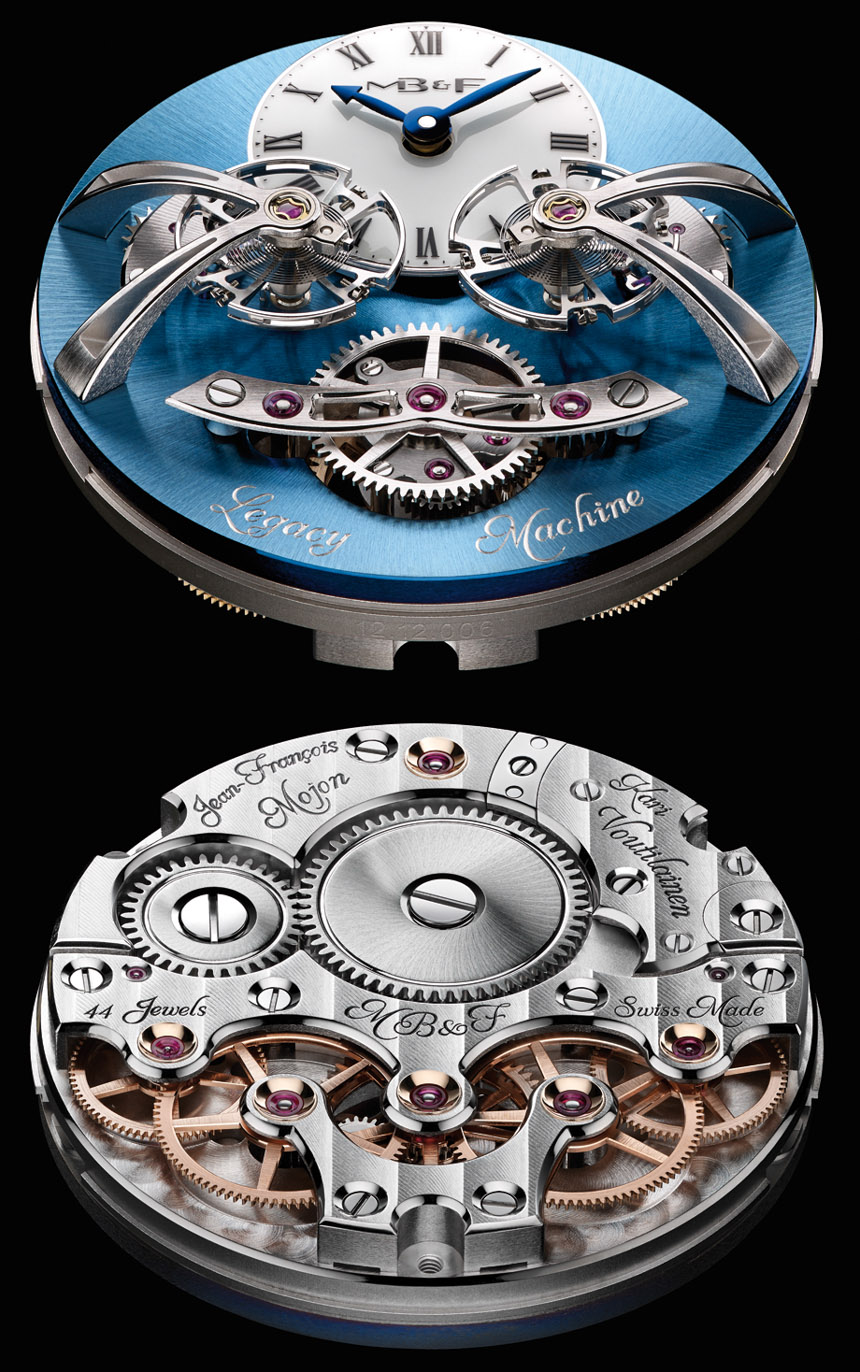 The Legacy Machine No. 1 watch contained a large balance wheel that sat above the dial over the dial’s time dials. The LM2 now has two raised balance wheels that sit over the dial. The dial also has a single dial for the time, and an exposed planetary differential gear. We don’t know for absolute certainty right now, but it is highly likely that the differential gear moves constantly or tics like a seconds hand (actually, according to the video it does not, we will discuss that more with a hands-on article later). The symmetrical design of the dial is just as beautiful as the LM1. To be honest it would be a mistake to consider one of the Legacy Machines as being more or less beautiful than the other as they more or less represent the same design ethos. This is in a sense good, but those eager to be surprised and wowed each time MB&F releases a watch expecting something radically different may be let down as the two watches are so similar (save for price). Those individuals will have to wait for the HM6 – that as expected, will likely shock and impress as each new Horological Machine has done so far. Further, it may be plausible to suppose that new Legacy Machine watches will share a lot of similarities with each other – representing evolutions versus revolutions. 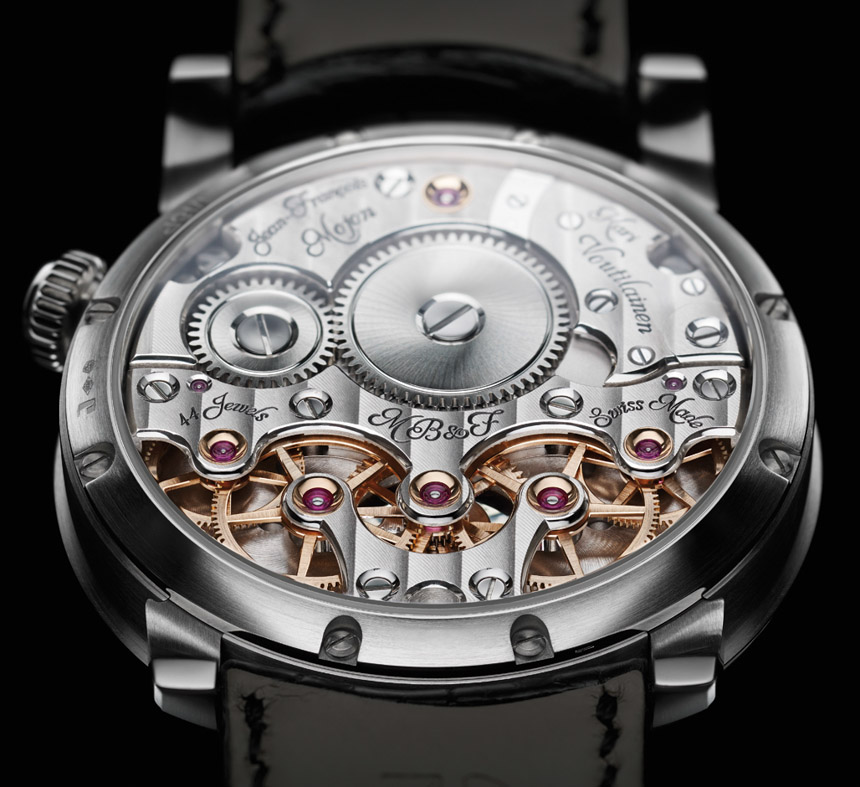