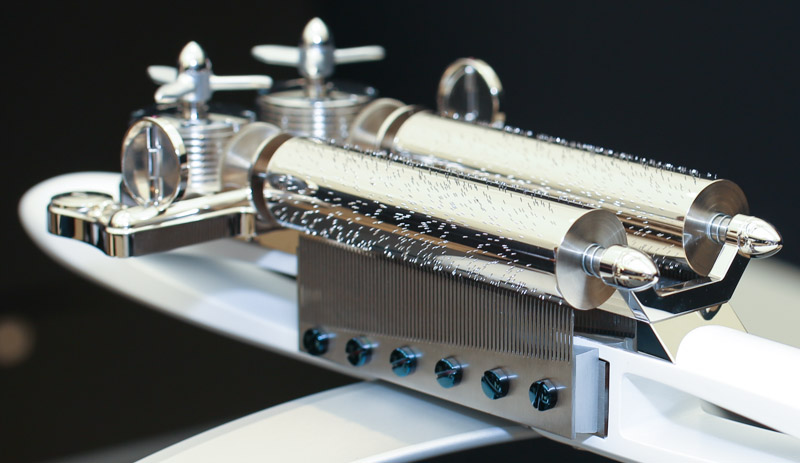 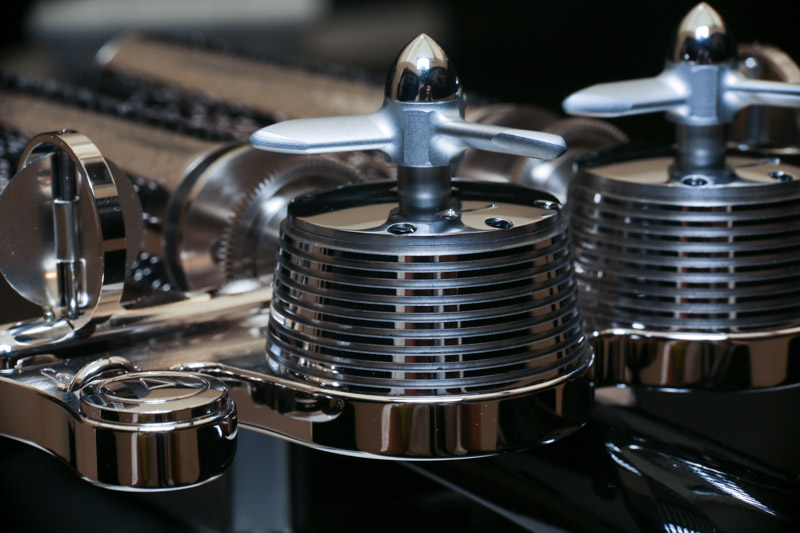 You can likely glean from our video what the relative size of the MusicMachine is. It is actually larger than you might expect. Those interested in getting one will need to dedicate some serious space to it. I’d put it in the center of a dining room table. Sometimes I look at the MusicMachine and think it is brilliant, and other times I feel that it is silliness incarnate. I don’t think that this is going to be a serious new direction for MB&F, but it is an interesting evolutionary tangent to the overall development of the brand. The bottom line is that it will sell given that it is probably the least expensive item ever produced with an MB&F name on it.

Easily the most interesting part of the MusicMachine is the design of the music box system. Reuge produces these masterfully, and while they aren’t quite watch movements they are well-made and very pretty. The musical system is emotionally satisfying to play with and a delight to watch. It is amazing to consider just how old music box technology is. What is further amazing about music boxes is their relative social versus actual popularity. Everyone knows what one is, but how many people even own or buy music boxes anymore? As a vestige of antiquated technology, they have a very permanent place in culture. So here is MB&F playing with the theme to produce one that fits into their own modern brand DNA. 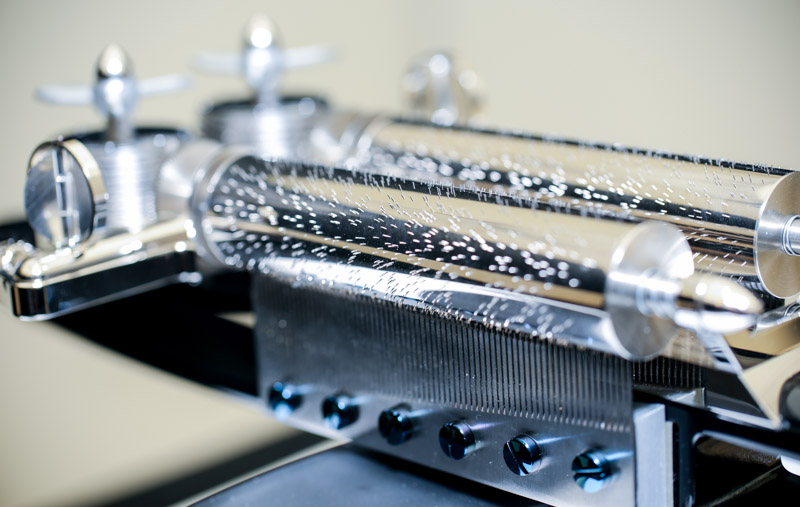 The MB&F MusicMachine is unsurprisingly part of a limited edition. Though it is unclear exactly how many will be made in total. Upon launch, MB&F promised two limited edition sets of 33 pieces each (66 total). One in black and one in white. A few other versions will be produced, but only for select retailers in limited quantities. For instance, in the photo gallery below you’ll see an image of a blue MusicMachine available exclusively from Westime in Los Angeles. Only five of those will be produced. It is likely that other select MB&F retailers around the globe may have similar special versions. Price for the MB&F MusicMachine is 12,000 Swiss Francs. mbandf.com