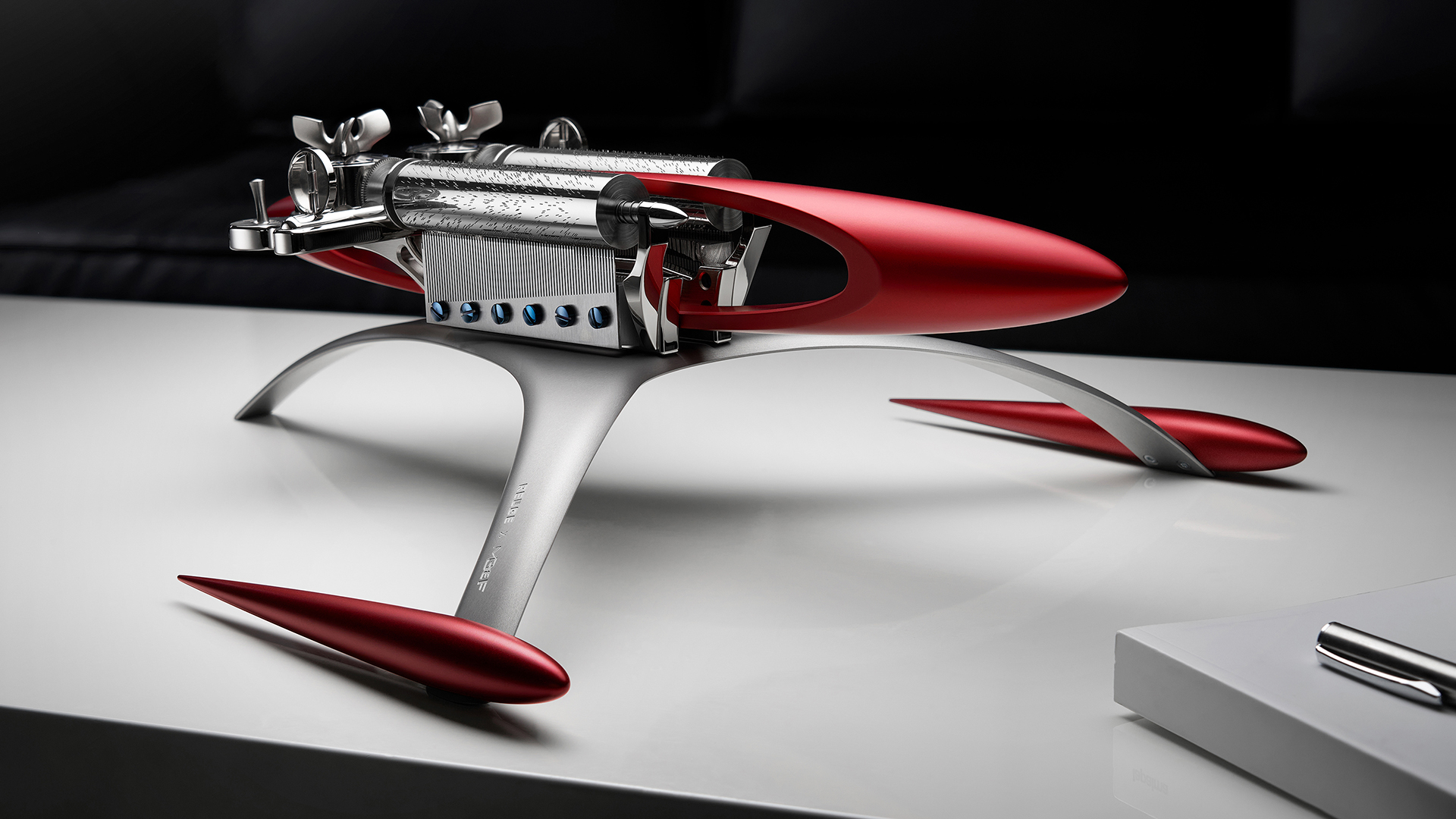 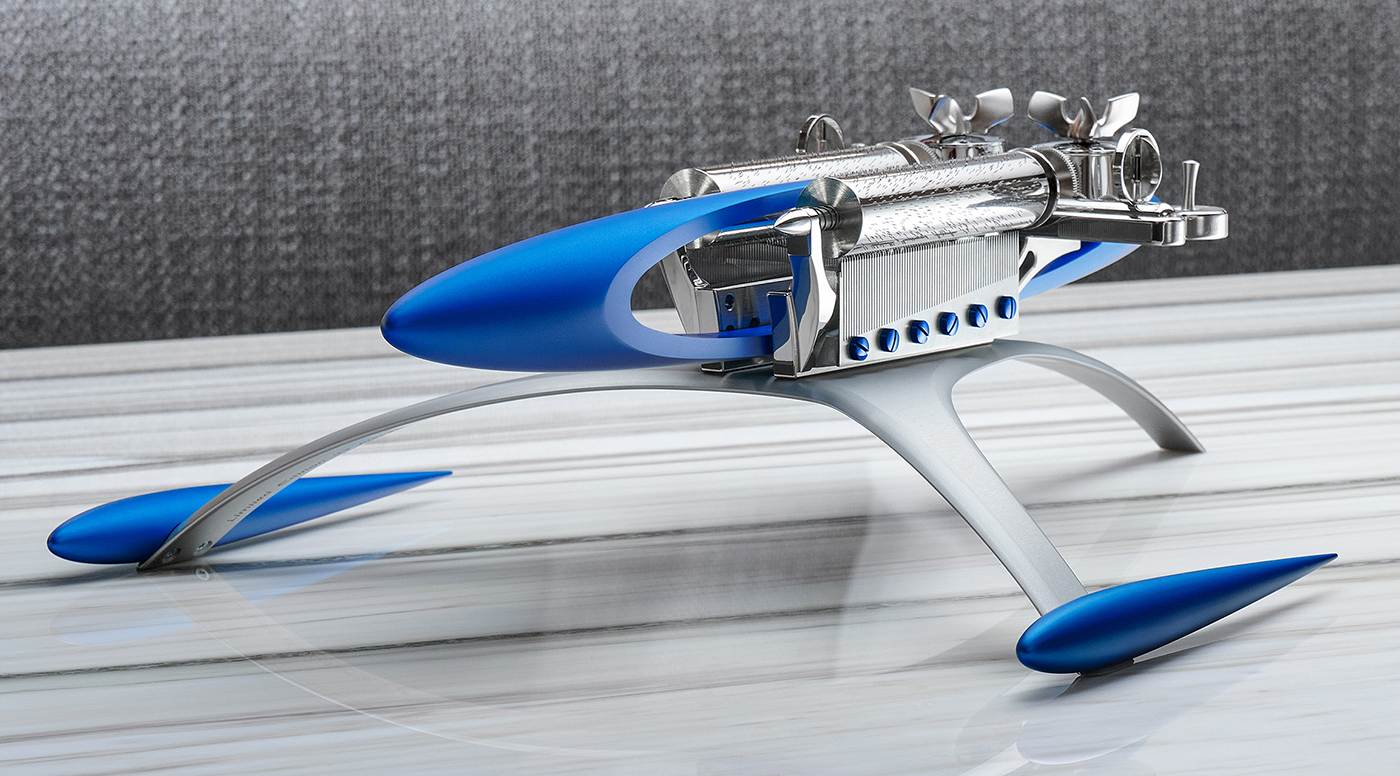 Although enthusiasts naturally tend to focus on the timekeeping aspects, the art of horology extends beyond the realm of watches and clocks into a fascinating assortment of movement-driven automata. Music boxes are perhaps the best-known of these other mechanical creations, and as horology has evolved from a utilitarian pursuit to a luxury business these melodic machines have remained a small but stalwart part of the larger Swiss industry. Reuge is one of the most famous marques to create music boxes, with a legacy dating back to 1865, and it has a history of partnering with other brands to create unique variations on the classical musical automata theme. MB&F in particular has worked with Reuge since 2013, blending the boutique watchmaker’s penchant for wild Flash Gordon-style retro sci-fi designs with traditional music box elements. For its latest release, MB&F returns to its first collaboration concept with Reuge, reimagining this elegant luxury desk ornament with a sleek and streamlined new design. With a striking retro-futuristic look and a song list with a more pop-cultural bent than the standard music box repertoire, the new limited edition MB&F MusicMachine 1 Reloaded brings the brand’s signature style back to the world of music boxes. 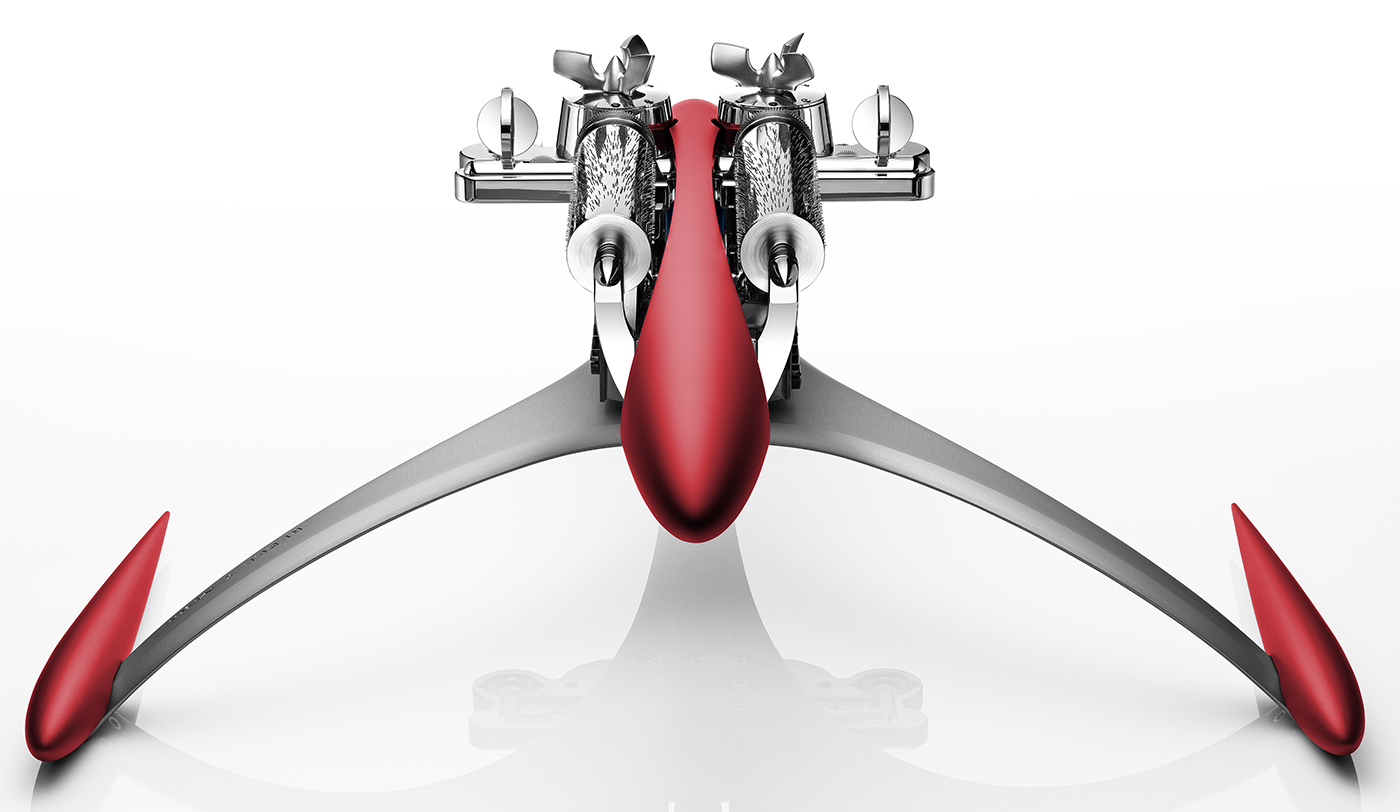 At 476mm-long and weighing in at nearly 3 kilograms, the body of the MB&F MusicMachine 1 Reloaded should carry a bold presence on any desk, shelf, or table. In keeping with the brand’s unique house style, the matte blasted aluminum form is a bold mix of Streamline Moderne, prewar sci-fi, and minimalist modern influences in images, with an overall profile that calls to mind a futuristic rocket-powered bobsled. The body itself is divided between a matte aluminum tripod base, a pair of elongated teardrop-shaped outriggers, and a sleek oval central element that encircles the movements and music barrels while leaving nearly every mechanical component of the design exposed for visibility. MB&F renders this design in a trio of two-tone colorways, each of which brings its own personality to the design. The simplest and most reserved of these is the matte black anodized aluminum model, with a dark and reserved presentation that keeps visual focus squarely on the music box elements in images. The red anodized aluminum variant, on the other hand, offers a far more substantial visual punch, with a bold colorway that ties in handsomely with the swoopy Buck Rogers-inspired shape. The most cohesive design of the group is arguably the anodized blue model, however. Its bright cobalt hue cuts a striking profile in images, while smoothly complementing the prominent exposed blued screws adorning the musical combs.

The MB&F MusicMachine1 Reloaded uses not one, but two in-house 3.72 handwound movements to drive its music box apparatus. Mounted side by side along the length of the chassis, each movement is completely independent with its own mainspring, winding mechanism, gear train, and musical cylinder. The propeller-style winding crowns mounted atop each of the polished nickel-plated mainspring barrels may prove to be a point of contention here, with a stylized design that looks almost indistinguishable from a common wing nut at certain angles. Flanking each mainspring barrel is an exposed circular fan regulator. While these are an uncommon sight in watchmaking, these rotating regulators perform much the same function as an escapement in a watch movement, using the power of air resistance to maintain a constant rate from the mainspring across various levels of winding.

Of course, the musical cylinders and combs form the largest focal point in images, with an ornate execution and a wide range of musical tones far exceeding a standard music box. Each steel alloy comb features 72 musically tuned teeth, allowing the cylinders to produce 72 distinct notes as they rotate and their raised elements interact with these teeth. This broad tonal scale should enable these cylinders to play a richer, more complex repertoire of songs than smaller music box designs, and MB&F’s song choices for the MusicMachine 1 Reloaded fit the wilder, more stylized look of the object. The right-side cylinder is loaded with a medley of classic rock selections, including extracts from Pink Floyd’s “Another Brick in the Wall,” Deep Purple’s “Smoke on the Water,” and John Lennon’s iconic 1971 protest song “Imagine.” For the left-hand cylinder, MB&F turns to classic sci-fi movie themes, including the main title theme from “Star Wars,” the ominous “Imperial March” first played in “The Empire Strikes Back,” and the main title theme from 1979’s “Star Trek: The Motion Picture.” 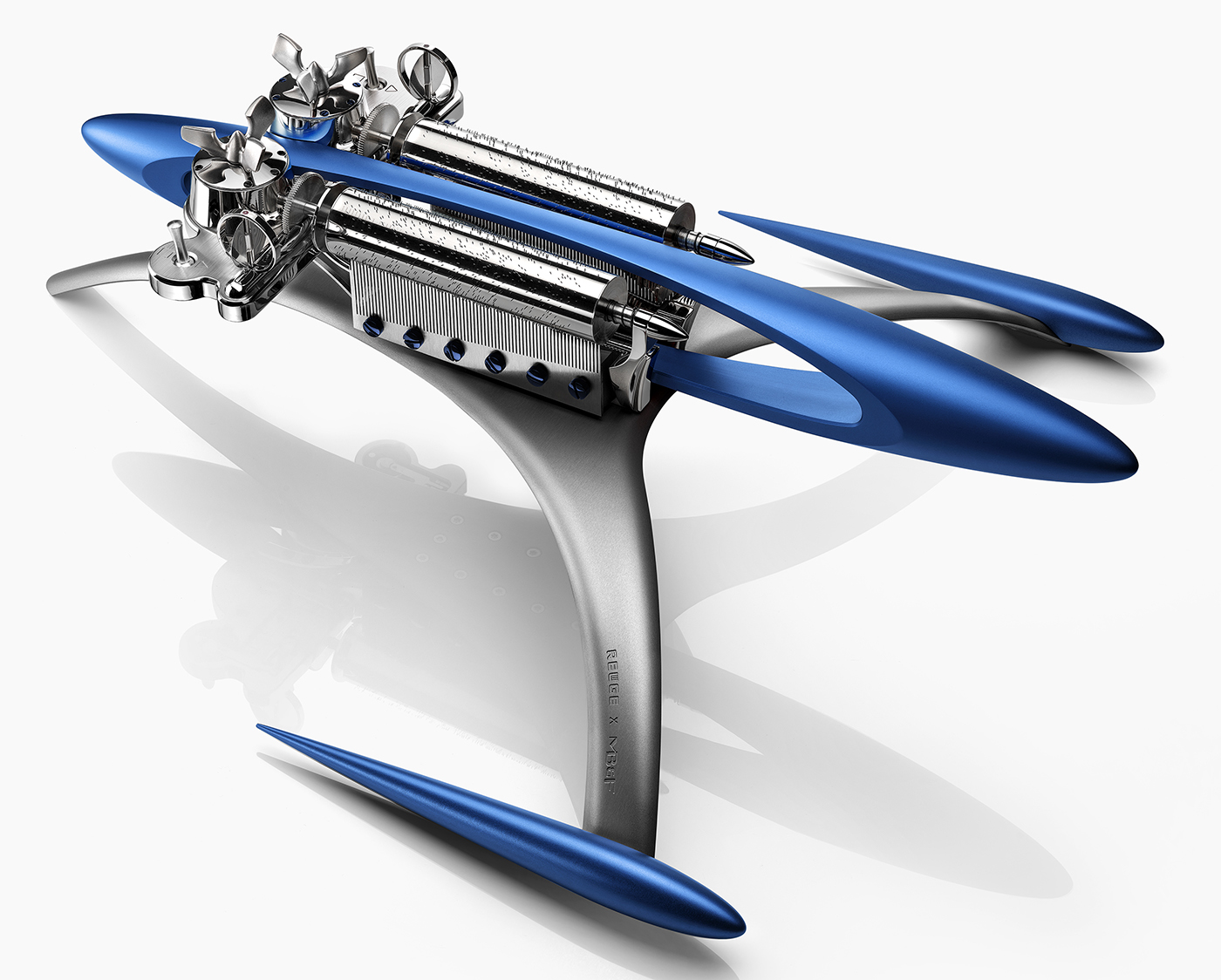