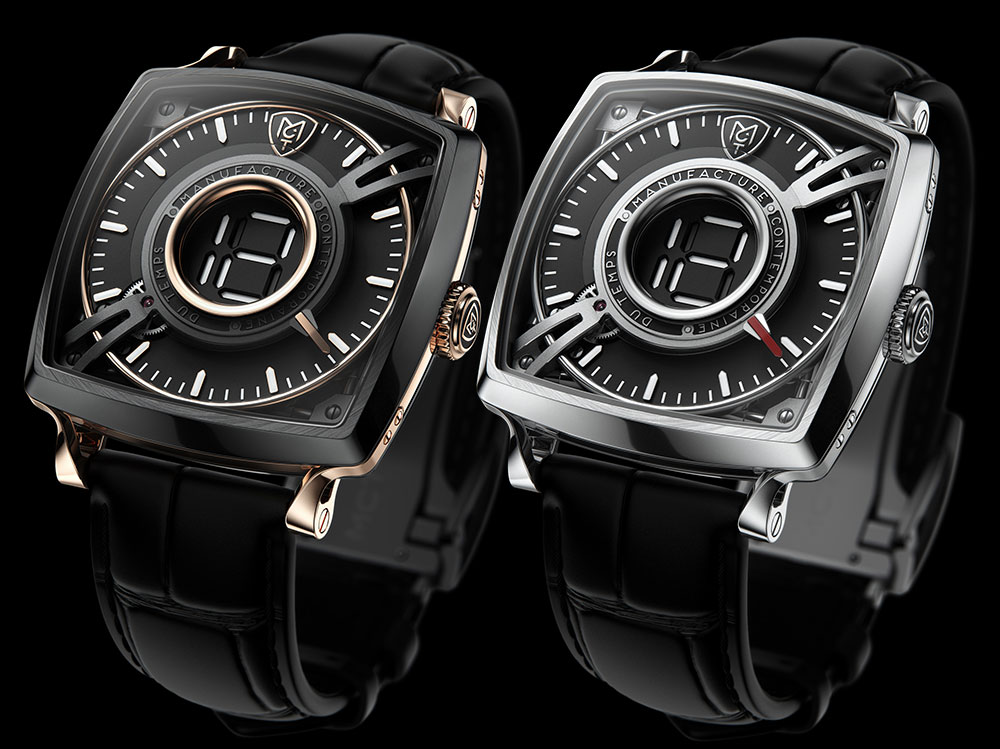 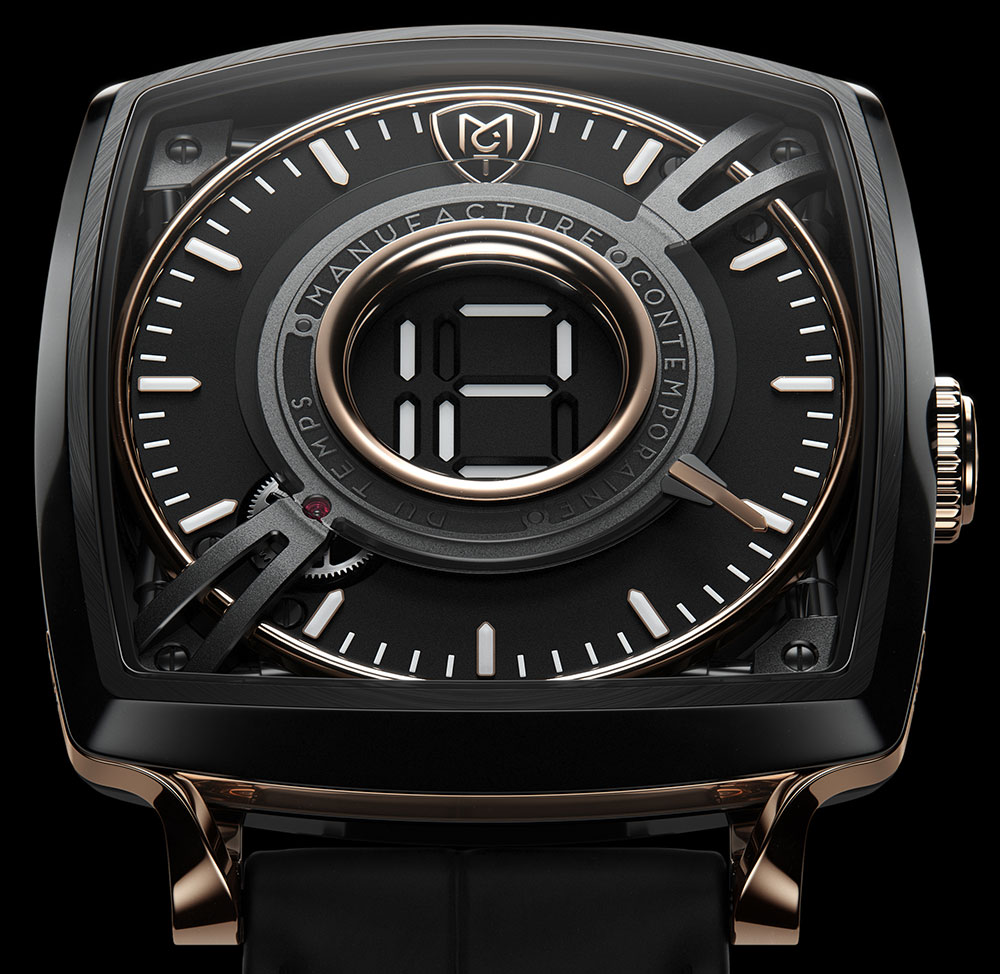 Swiss MCT will unveil a new watch this year at Baselworld 2017 with the rather cool MCT Dodekal One D110. This is the fourth (or fifth, depending on how you count cosmetic updates) watch from the brand which is the brainchild of Denis Giguet. MCT as a brand debuted back in 2009 with the still incredible MCT Sequential One. Mr. Giguet later left the brand for a few years but is reportedly back. While I can’t confirm it yet, I believe the MCT Dodekal One D110 is the first “new” Giguet creation from the brand. 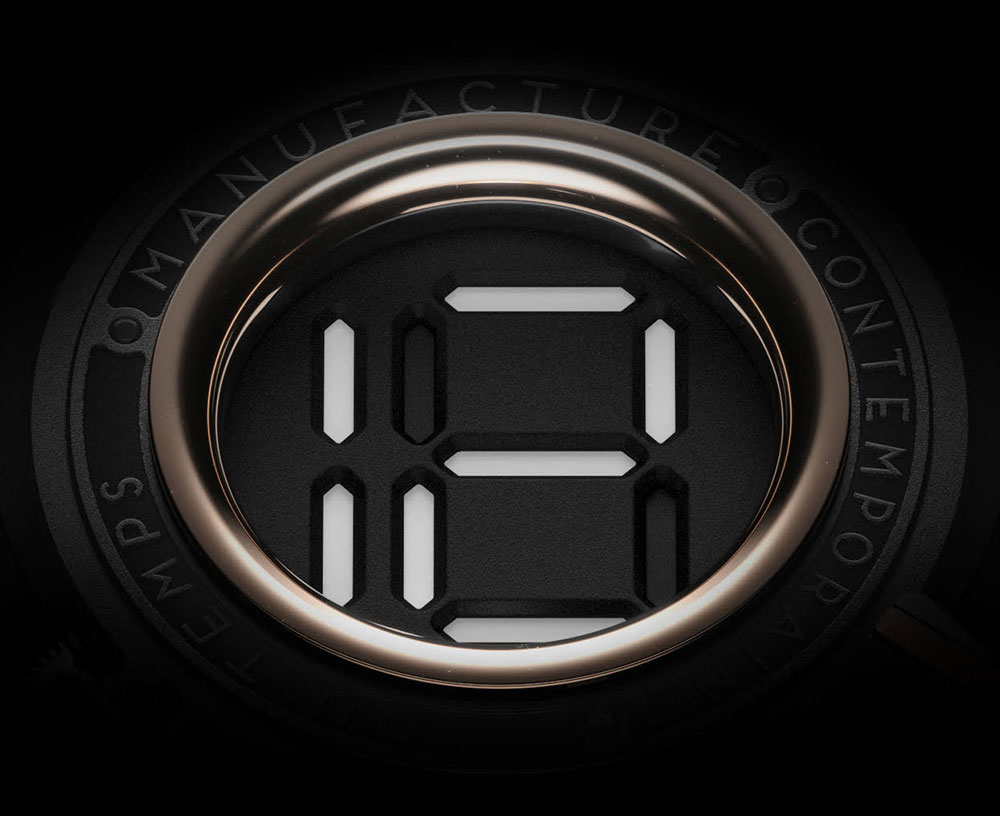 In essence, the MCT Dodekal One D110 takes the brand’s signature techie-looking 43mm-wide cushion case and inserts a dial that has a “digital” jumping indicator for the hours and a traditional minute hand. The center-mounted hour indicator window presents the appearance of a digital numeral indicator that you might recognize from the LCD screens on countless electronic devices. Though there is nothing electronic or “screen-like” about the Dodekal One D110, as this MCT timepiece is a purely mechanical creation. 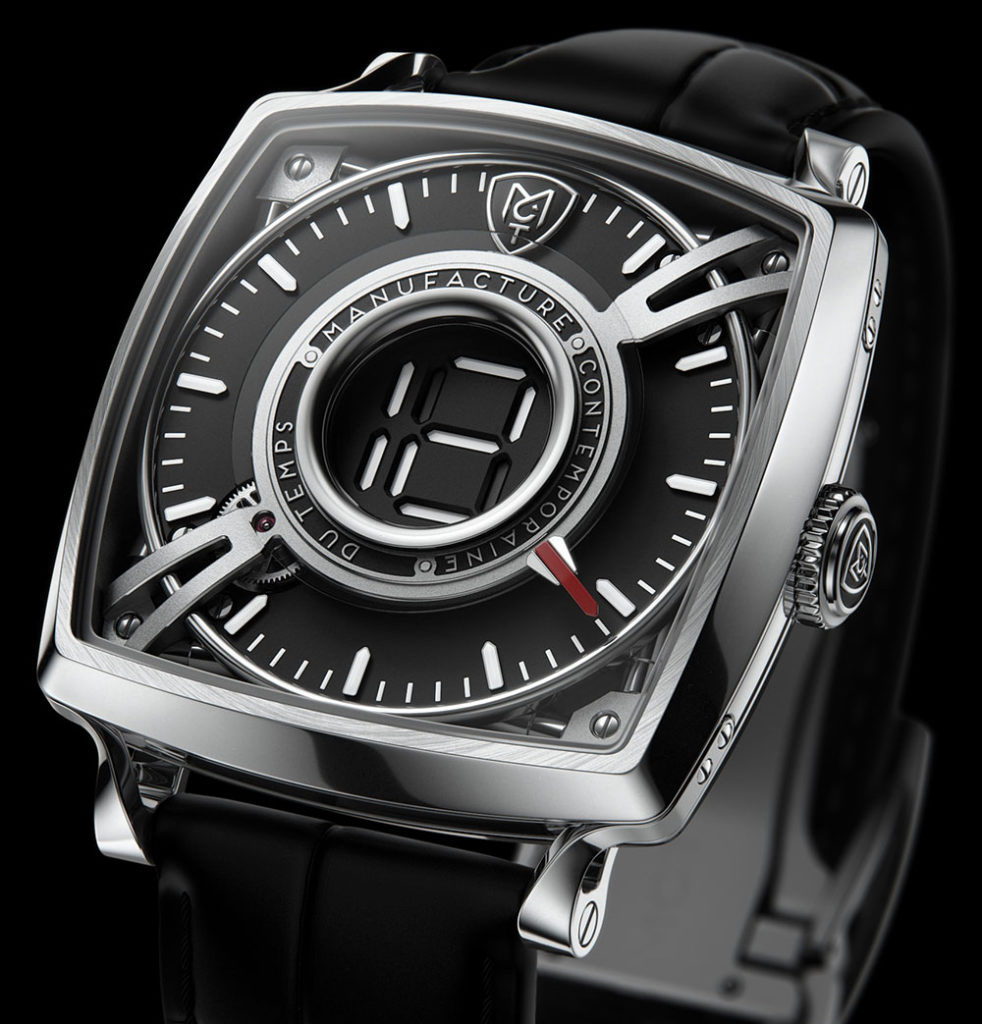 To achieve this interesting mechanical feat, a turntable-style “instruction” plate is used in the movement which appears to offer a guide for various segments under the dial which allow the correct hour to be indicated. This is a more simple and likely robust system than that used on the still very cool de Grisogono Meccanico dG watch (hands-on here). The key to making watches like this cool isn’t just mechanical complexity anymore, but it is some level of assurance to the consumer that not only will there be someone around to fix the watches should there be a problem, but also that the watch mechanisms themselves aren’t prone to easily breaking. 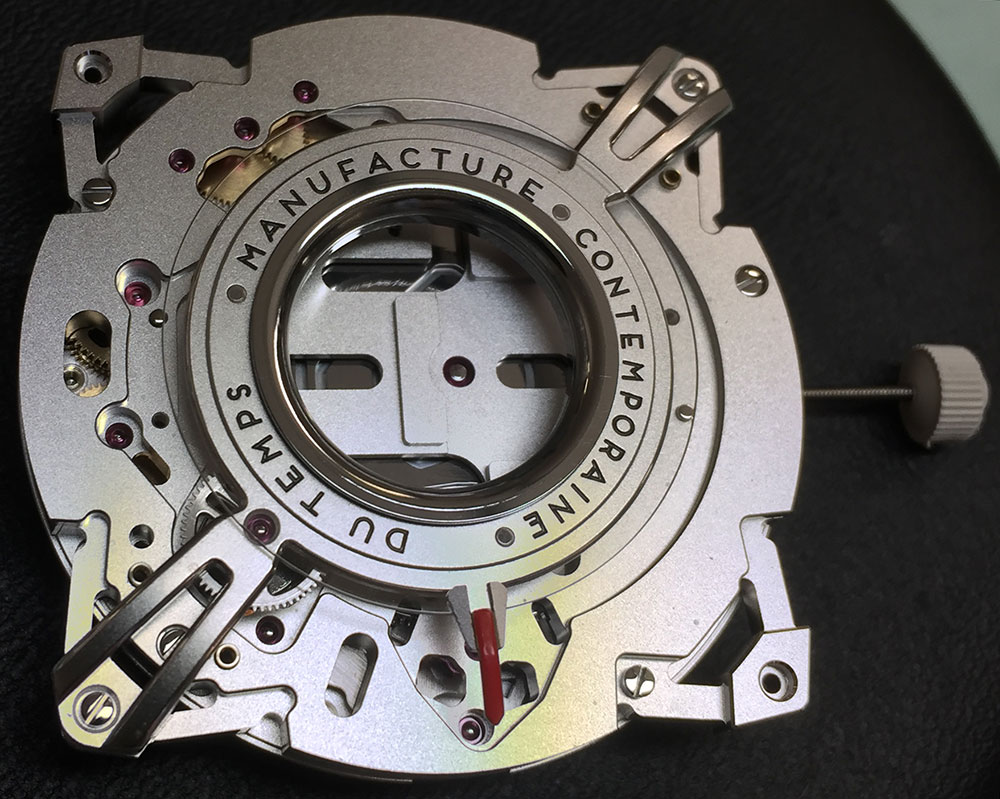 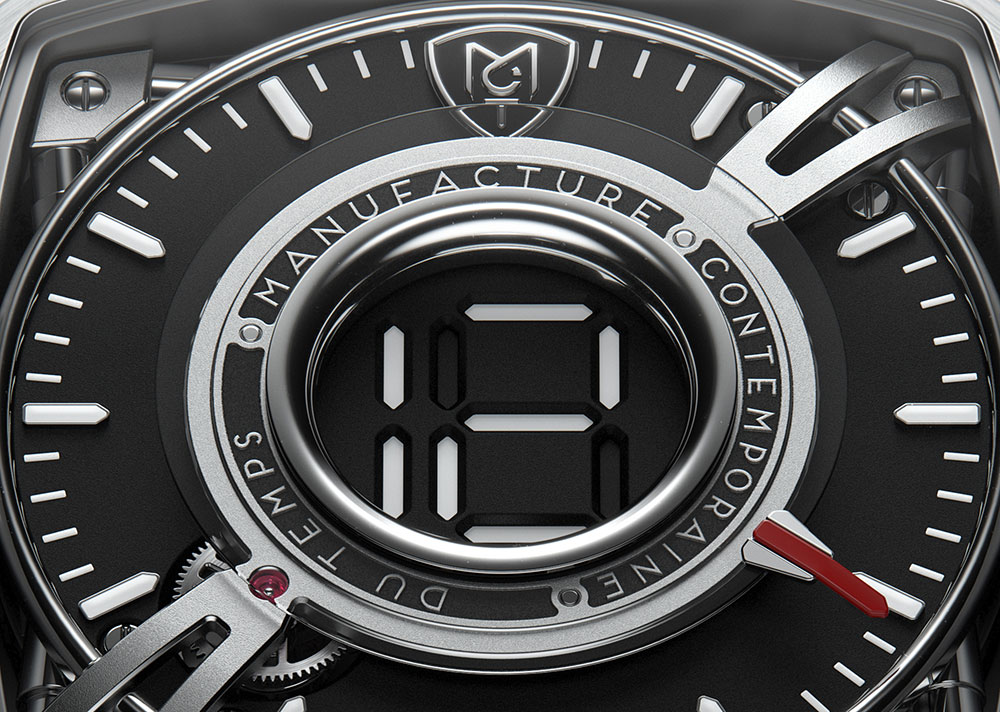 What I really appreciate about the MCT Dodekal One D110 isn’t just the complexity but rather the legibility. The last decade or so has seen the release of many ultra-complicated horological exotics which excel at visual interest but mostly fail at readability. More and more these days, brands are appreciating that legibility is of paramount importance when it comes to having a true classic watch. So unless I see the MCT Dodekal One D110 in person and find it not to be as legible as it appears in these images, I already have high esteem for the concept since it seems to do what any decent timepiece should, and that is first be a good watch before it is an artistic machine.

Inside the MCT Dodekal One D110 is apparently an in-house-made movement known as the caliber MCT-D1. With automatic winding and a micro-rotor made of 18k gold, the movement operates at 2.5Hz (18,800bph) and has a power reserve of 50 hours. We don’t have images of the rear of the case but there will be a view of the movement through it. 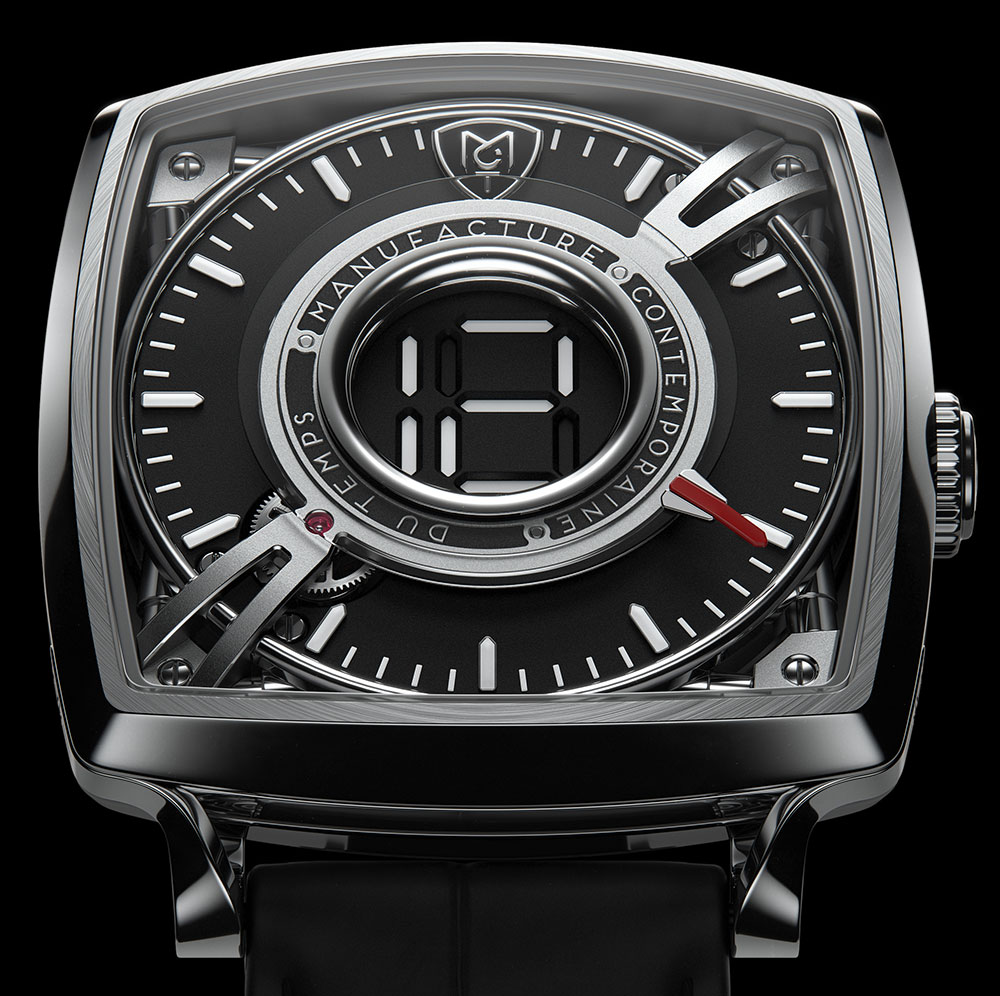 The 43mm-wide (30m-water-resistant) case will wear on the larger side, though the lugs are relatively short, which is a good thing. The case is mostly titanium, but as you can see there will be various color versions, and some that will have elements in gold as well. The dial is otherwise pretty no-nonsense and, while mostly symmetrical, it playfully suggests asymmetry with the placement of the diagonal bridge across the dial, along with a hint of mechanics with the exposed gear located between 7 and 8 o’clock on the dial. I believe this gear is part of the system that moves the minute hand – which appears to be mounted on a transparent sapphire crystal. 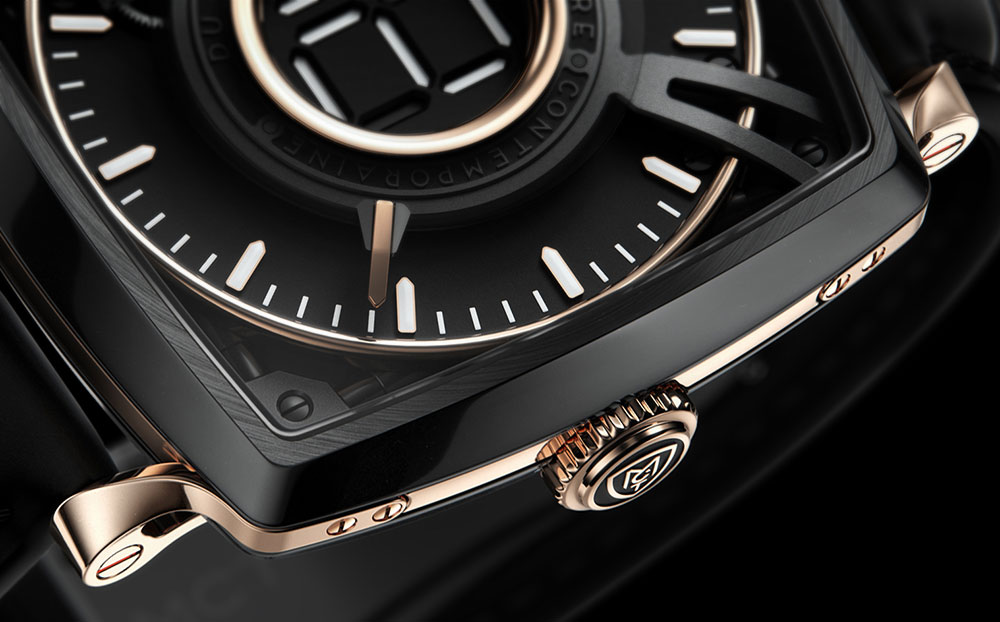 MCT has shared precious little other information about the MCT Dodekal One D110 timepiece collection, and I look forward to checking them out at Baselworld 2017. They will be rather limited, with MCT indicating that only 25 pieces of each color version will be produced. Prices are 55,000 CHF in all titanium (reference SQ 43 D110 TI 01) and 61,000 CHF for the version in titanium and pink gold. mctwatches.com