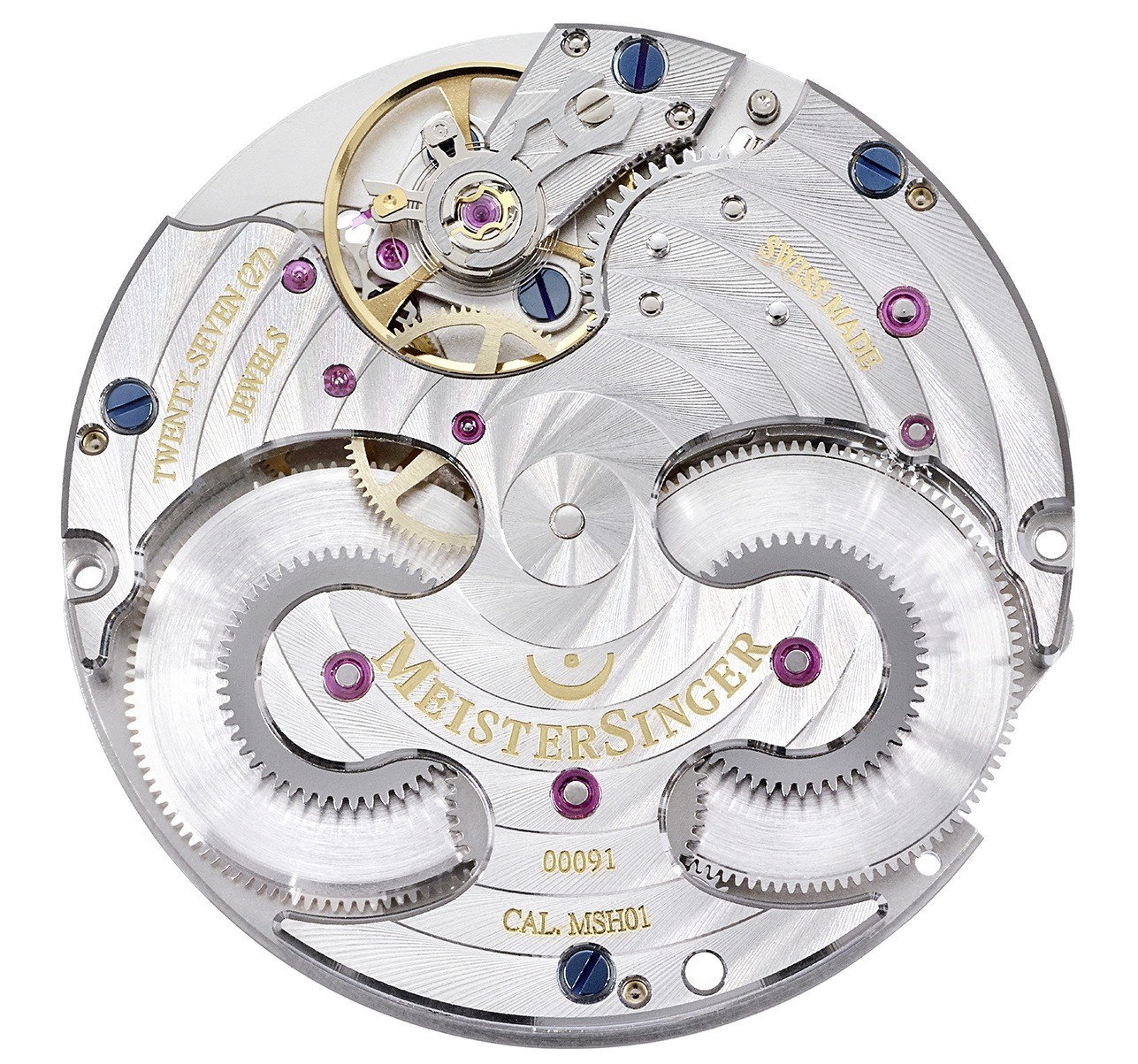 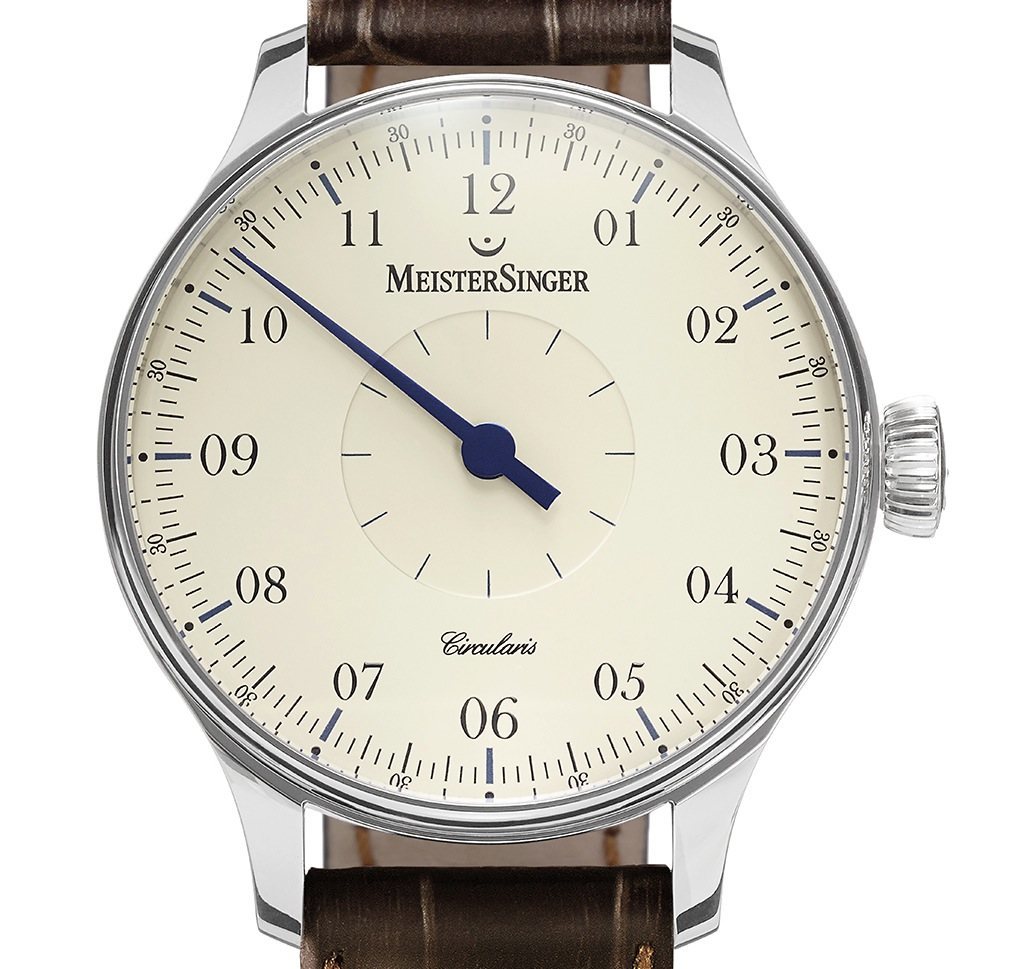 We have come to know MeisterSinger as the maker of more uniquely styled single-hand watches, famous for their arguably strange-looking, and yet surprisingly legible dials. The new Meistersinger Circularis brings no updates whatsoever to that easily recognizable face, but rather, it redefines what is behind it: a new and unique movement with twin in-series mainspring barrels and 5 days of power reserve.

The MeisterSinger Circularis will be available in a 43 millimeter wide stainless steel case, and either an ivory, sunburst silver, or dark blue colored dial. Other than the rather large case, there is nothing unusual here, so let’s get down to business and discuss the “bespoke” MSH01 movement that renders this release a very important one in the history of the brand.

MeisterSinger claims that this bold new movement was designed from scratch by the brand’s “long-standing cooperation partner in Switzerland.” Sure, it is no news that the watch industry (much like any other in the world) is highly secretive, and yet, we feel a more open communication on its origin would be welcomed by the more discerning enthusiasts. We have reached out to the brand and have learned that their partner is Synergies Horlogères – a private label movement manufacturer now owned by Christopher Ward. The layout and the specs of the new caliber is a testament to the fact that a more experienced company was involved in its conception: the MSH01  hand-wound movement runs at a very modern and more accurate 4 Hz (28,800 vibrations per hour) and, despite the relatively high operating frequency, it manages to offer five days of power reserve.

There is a good chance that this movement could have had a 7-day long power reserve at a cost of a lower frequency of 3 Hertz, but we are glad to see that the brand preferred timekeeping accuracy, which the higher rate arguably offers, to an even more “marketing-friendly” 7-day version. The 120-hour long reserve is made possible by the two barrels which work “in line,” meaning that a differential or other extra component is not necessary. 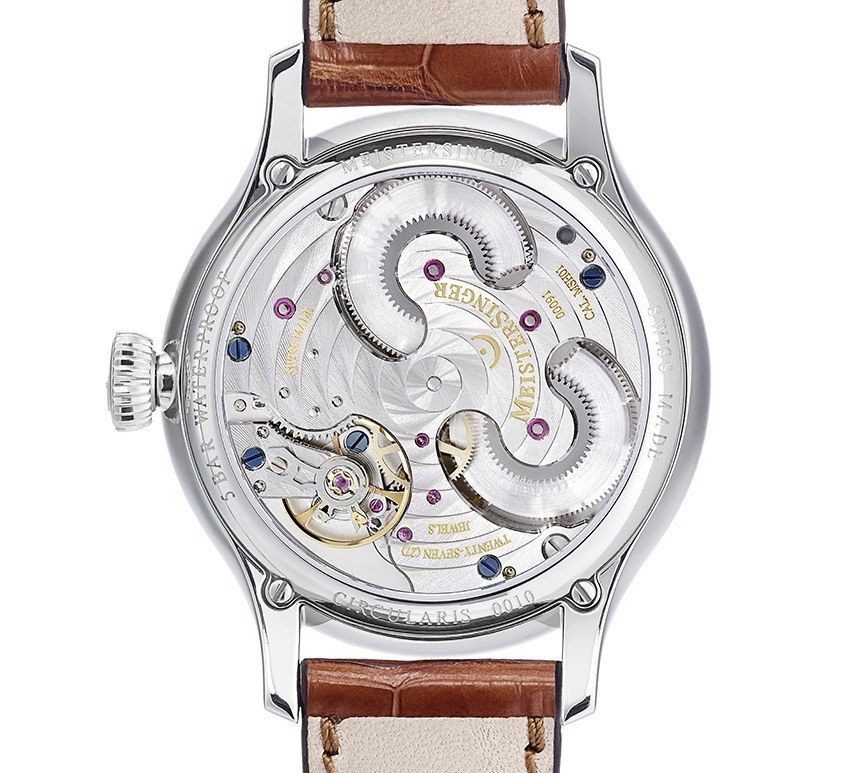 The MSH01 tops the surprising power reserve with a highly unexpected appearance, thanks to its duo of substantially sized mainspring barrels strongly dominating the view. MeisterSinger says that the balanced look of the movement was designed by the founder of the company, Manfred Brassler, although the layout and the decoration used for the movement do remind us of some double-barrel movements that we have seen from F.P. Journe, especially the Chronometre Souverain (article here).

The rhodium-plated movement will be decorated with circular polishing, mirror-polished bevels and blued screws, lending a somewhat more traditional flair to the modern looks of the movement. From a more technical approach, Brassler and the Swiss team responsible for realizing his idea also took into consideration the unique, single-hand functionality of most MeisterSinger watches, as the new spring wheel of the movement was integrated in the movement in order to minimize the backlash of the hand. 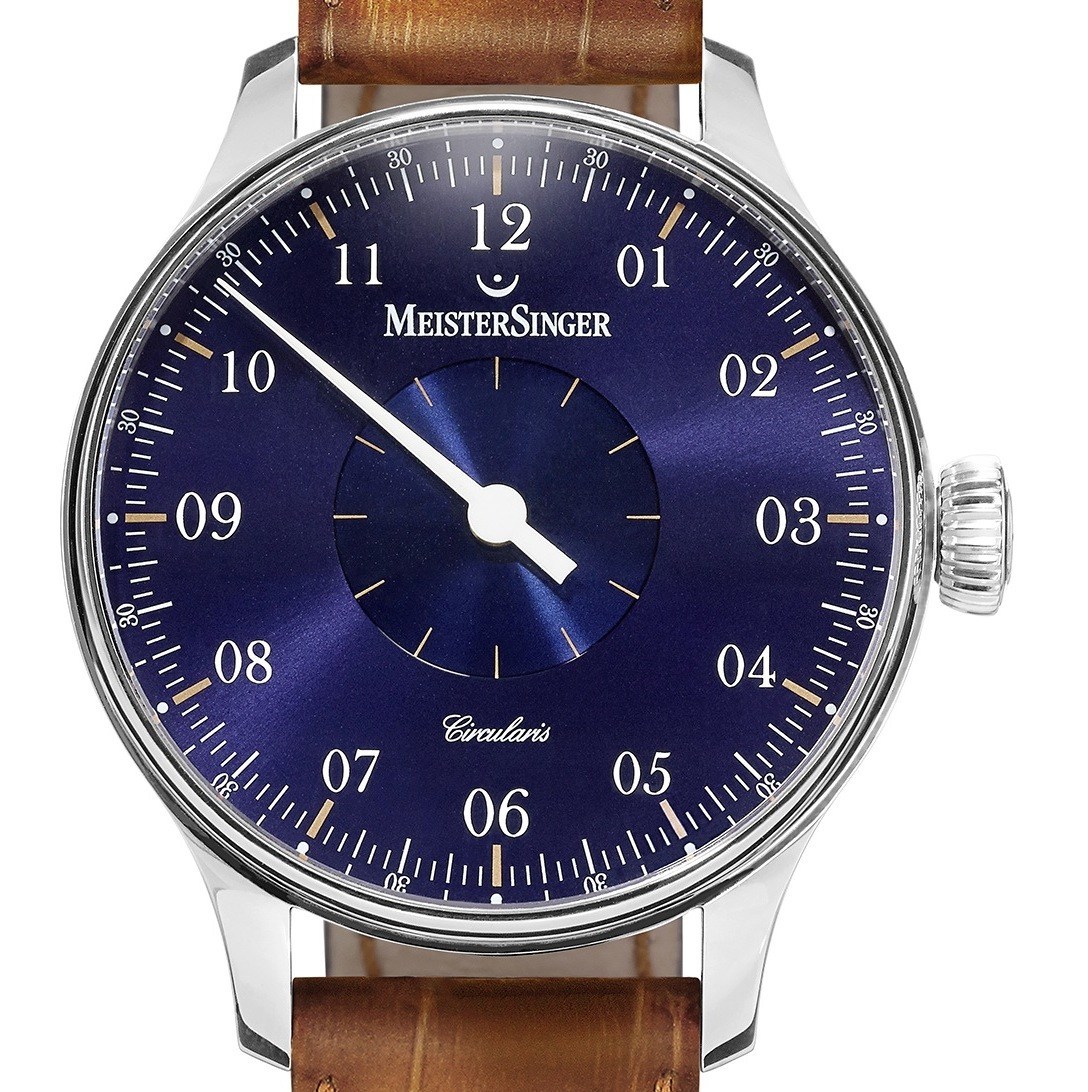 The movement can be wound via the large crown, a nice detail, as hand-wound watches with long power reserves can be difficult and uncomfortable to wind. The large crown is outweighed by the perfectly round case and the two-tiered dial that features a circular recess in its center, helping the MeisterSinger Circularis to appear somewhat smaller than it actually is.

The MeisterSinger Circularis will be available from October 2014 and will be priced at $5,695. meistersinger.net