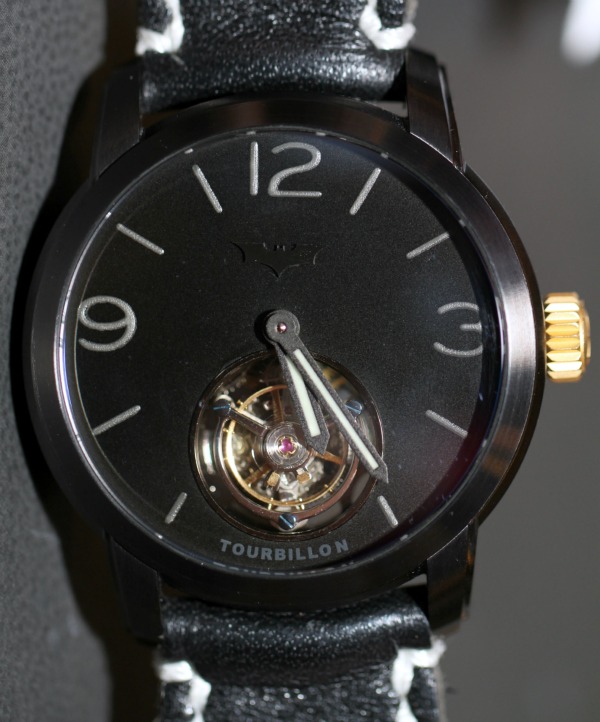 Another Batman watch here for you “The Dark Knight Rises” fans. Please be aware that this watch is a prototype. This means that the final version already has a number of planned changes and quality improvements. UPDATE: This article has been updated to include images of the final version of the Memorigin Batman Tourbillon watch (with a larger logo, bracelet, and some other updated design elements). Hong Kong based “tourbillon only” watch maker Memorigin will produce this Batman Tourbillon as part of its Military collection. I think it looks rather neat being relatively simple.

Lately I discussed two other timepieces produced in honor of  The Dark Knight Rises movie. Those were the Jaeger-LeCoultre The Dark Knight Rises Limited Edition Reverso, and the Diesel Batman and Bane watches. Now comes the tourbillon. Actually since it is a Chinese tourbillon it will be relatively affordable – relatively speaking. The Military collection has a 44mm wide steel case that is PVD coated black. The indicators and hands are Panerai style, with the Batman version having a black on black appearance. 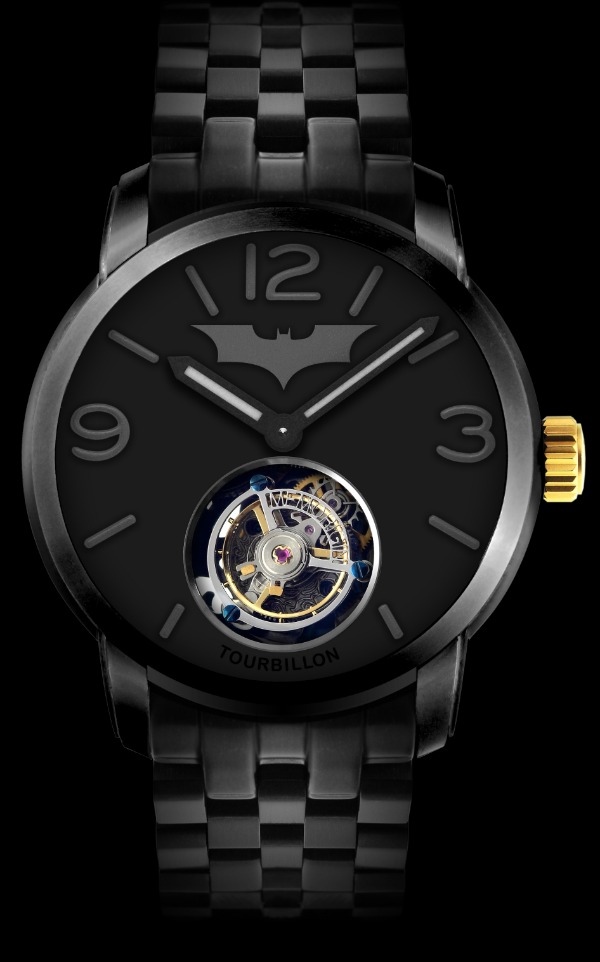 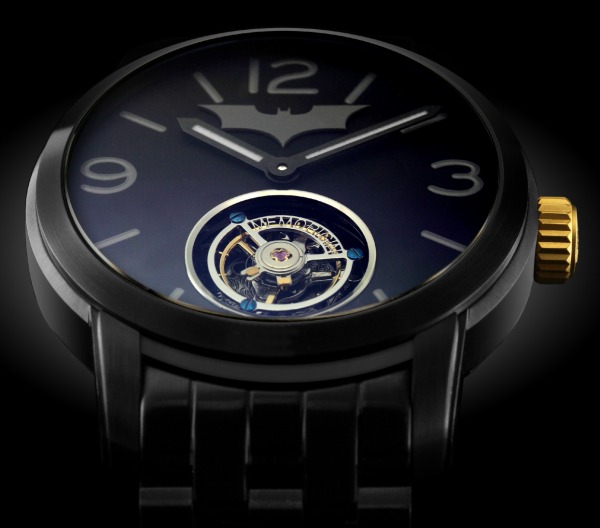 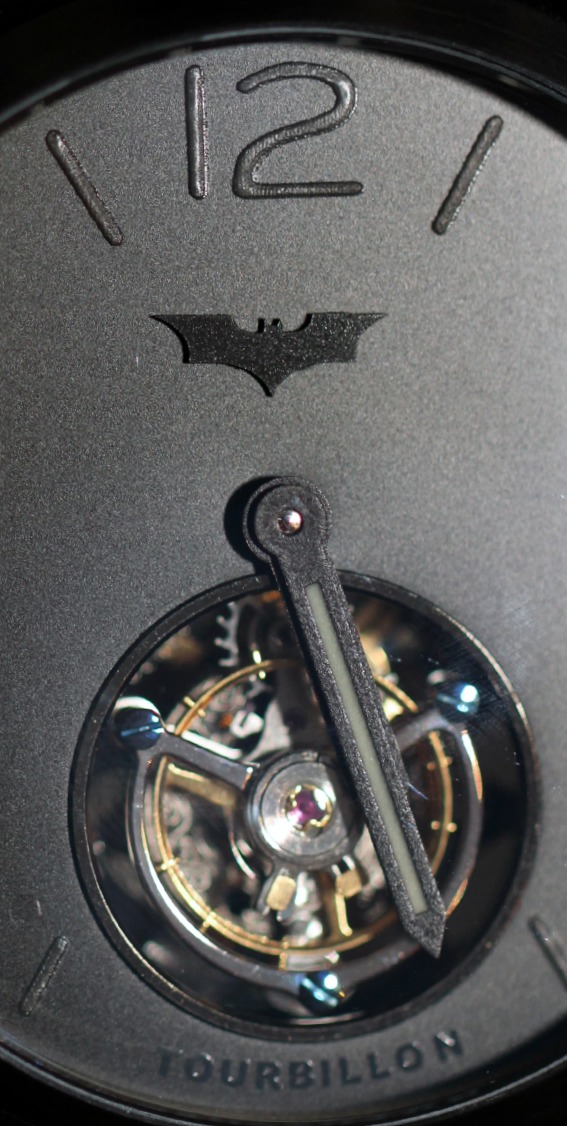 Rather than the Memorigin logo, the Batman watch has the Batman logo. On the final version, the batman logo will be larger and easier to see. In case you were wondering, this is in fact an officially licensed Batman product. I felt like a dick for asking, but the brand is Chinese and well… you know. Anyhow, the logos are legit in their use. I like the gold colored crown. Memorigin says it is meant to go with the look of the buckle on Batman’s utility belt. Nice little touch.

Inside the watch is a manually wound flying tourbillon-based movement. It has a power reserve of 80 hours and according to Memorigin uses a “co-axial tourbillon.” I don’t know if this is the same “Co-axial” that Omega uses. I don’t think the patent on the co-axial system invented by George Daniels is valid any longer. It is possible that they use the term co-axial to mean something else as they don’t use the term “escapement with it.” However, it is possible that the same tech is being used in this piece. That would be cool. 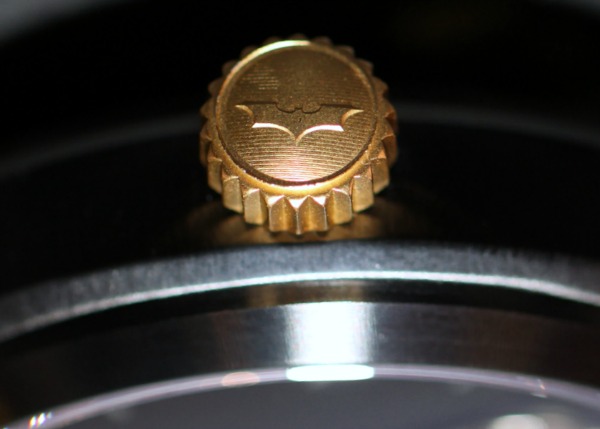 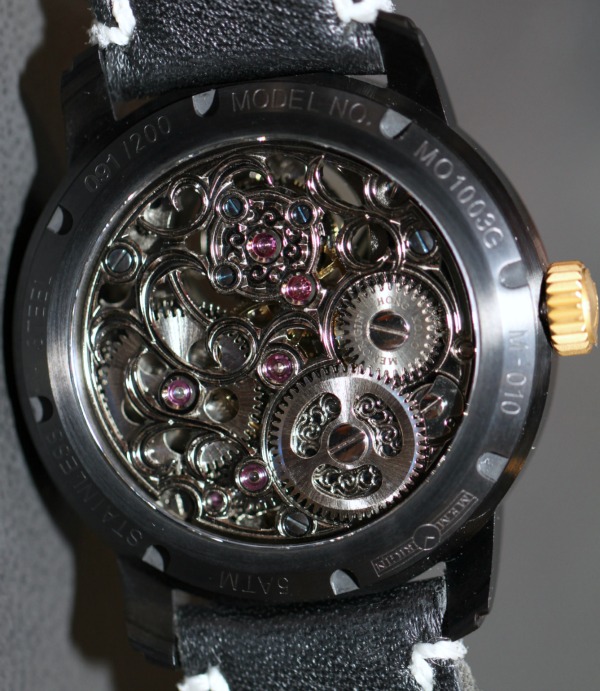 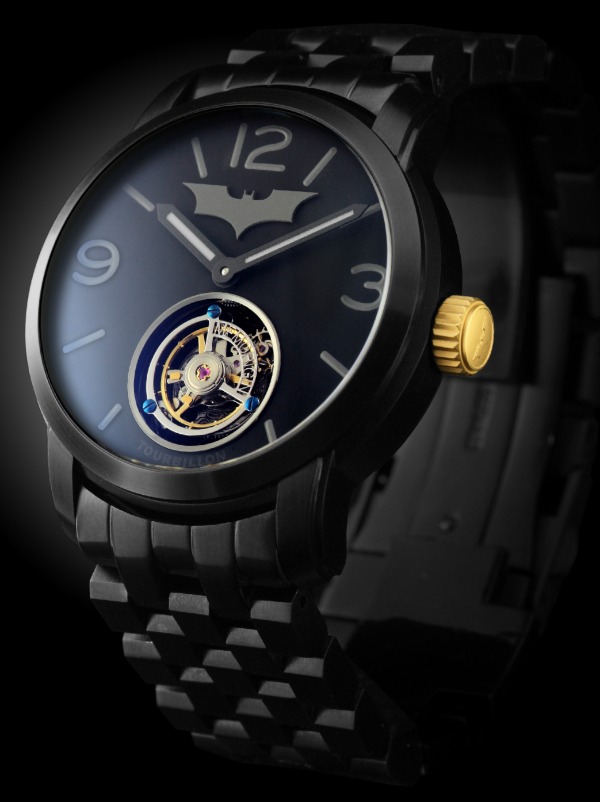 The one minute flying tourbillon is visible through the dial and is very nicely done. Watches like this show that Chinese tourbillons have really come a long way. Even though Memorigin is based in Hong Kong, their tourbillon movements are produced in mainland China. Plus, all Memorigin watches contain tourbillon movements. On the back of the watch is an exhibition caseback showing a nicely engraved and skeletonized backplate. I quite like that detailing. What does a Chinese tourbillon lack over a Swiss one? Well it is really about finishing. Swiss ones look better because they involve a lot more fine polishing and such. No doubt Swiss ones are more visually appealing, but the prices for them are much higher.

Limited to 200 pieces, the Memorigin Batman Tourbillon watch will be priced at 29,800 HKD  or $3,850 USD. My understanding is that the Batman logo license Memorigin acquired applied in Hong Kong only – so I assume that is where you can get the pieces.