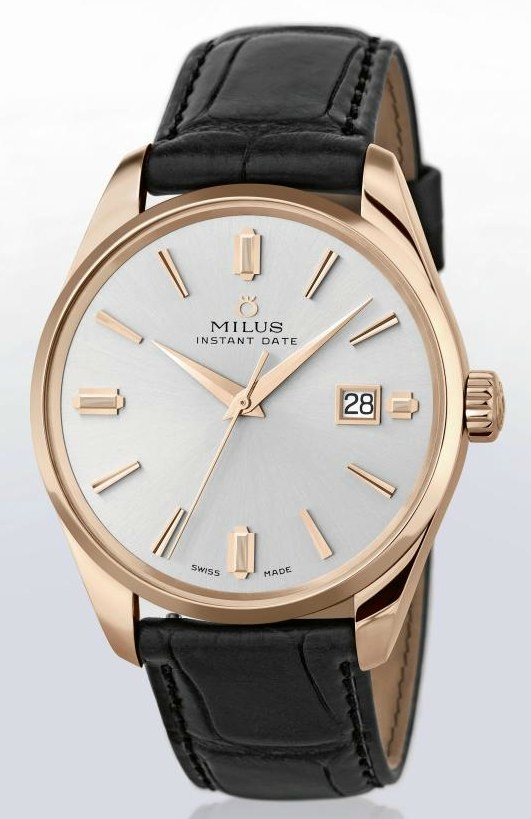 First of all, who is that little character on the back of this watch? It looks like a disco dancing Roman whose head is the Milus logo. I like that little guy. Why haven’t I see it before? Oddly, it makes the watch suddenly a lot more charming. Actually, it is apparently the historic logo. Anyhow, I was waiting for Milus to release this watch after I heard the story behind its origin. 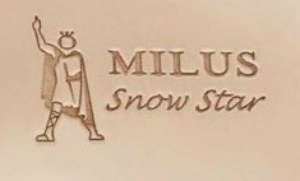 A few years ago Milus learned an extremely interesting and beneficial fact about their brand. Apparently, in WWII the US Navy put something called a “life barter kit” in navy planes. Especially those who saw duty during campaigns in the Pacific. The idea of the kit was to offer a few valuables that pilots could use to trade or sell if their plane got shot down and they needed help, information, or transportation. In the worst case scenario the kit could be used to barter for one’s life in enemy territory. 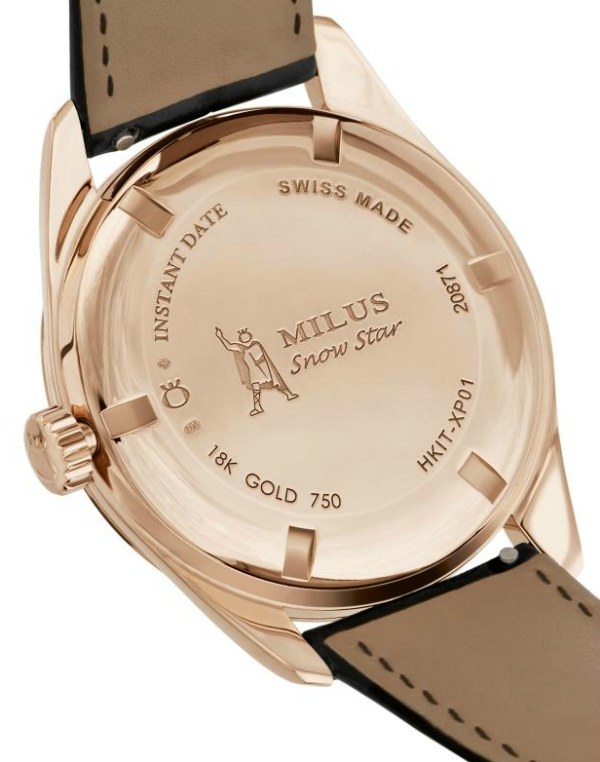 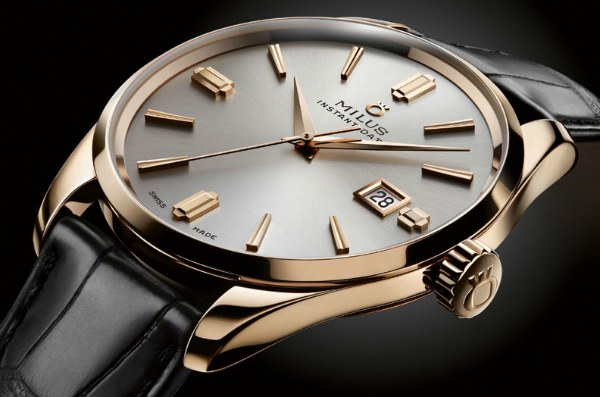 The life barter kit was different than a survival kit (which was usually first aid, rescue, and food items). Inside the life barter kit were two gold rings, a gold pendant and chain, as well as a Swiss wrist watch. That wrist watch was a Milus Snow Star – and Milus didn’t know about that in the modern era until a few years ago. So the idea that the US Navy decided a Milus watch was good enough to be exchanged for a human’s life was darn excellent news. I wonder if a life barter kit was ever actually used.

For 2011 Milus has a great opportunity to recreate the Snow Star watch and the life barter kit, especially as heritage watches are so in. So they created two limited edition Heritage Snow Star watch sets – one in 18k red gold and the other in steel. Each watch comes with a little kit. The kit includes a pair of cufflinks, and a nylon NATO strap. I love the idea of wearing a watch like this on a NATO strap – so deliciously “yesterday.” 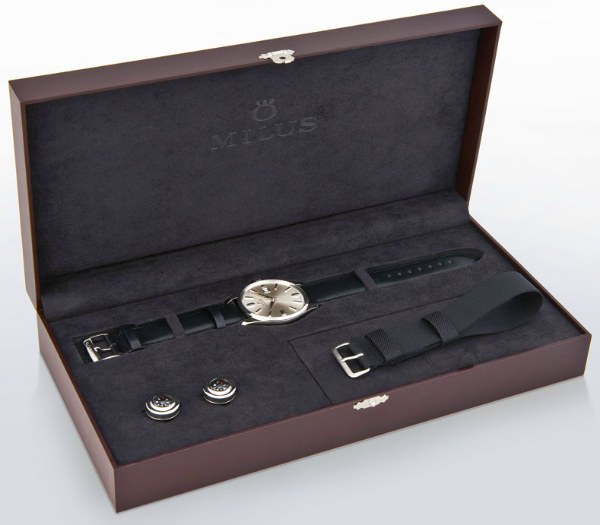 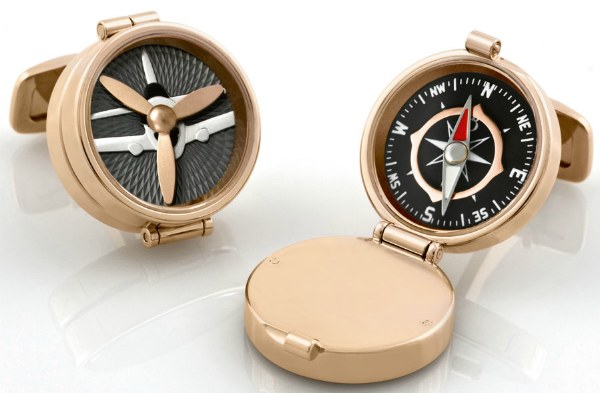 The kit also include a pair of cuff links – which are different in the steel or gold models. The gold cufflinks are a bit more fancy. Actually, Milus usually offers neat cufflinks. If you recall I wrote about their Kama Sutra rotor cufflinks here. The gold cufflinks have one with a working compass, and one with a little storage box (you know for keeping a cyanide pill or some ecstasy). Each of them fold open with a motif of a plane and gold propeller on the outside. The slightly more simple steel cufflinks are a pair of compasses. Really nice little items.

The Heritage Snow Star watch is super retro with some interesting design element. Most of which are in the unique applied hour indicators. I just wanna see the watch on that NATO strap. The watch is 40mm wide with a sapphire crystal and a water resistance of 30 meters (so much for plane crashing in the water). Inside the watches are two movement options. The gold one has the more interesting movement being a NOS (new old stock) Swiss ETA 2408 manually wound movement with a power reserve of 36 hours. Milus sourced the older movements and totally restored them for use in these watches. The couldn’t get that many so only the red gold models which are limited to 99 pieces have the 2408 in them. Both models indicator “instant date,” which means that at midnight the date instantly changes versus slowly changing. 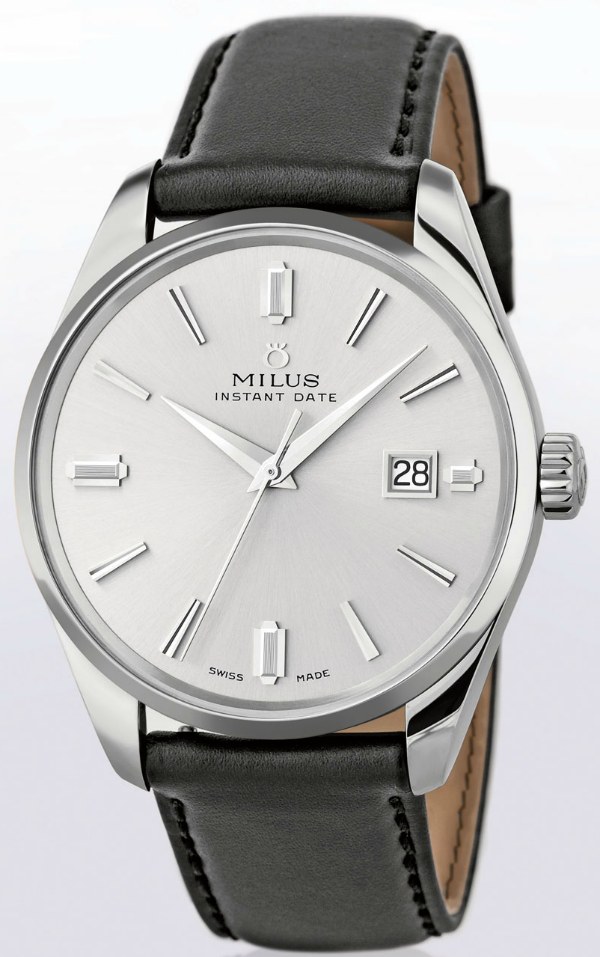 The Heritage Snow Star in steel a more modern Swiss ETA (not sure the reference, probably a Unitas or similar) hand-wound movement with 42 hours of power reserve). The steel mode is limited to 1,940 pieces. The gold model comes with a black alligator strap while the steel model comes with a black calfskin strap. The straps have quick release pins to make it easy to switch them out (I really appreciate that touch).

As heritage pieces these are fun and the story that goes along with them is priceless (especially for Milus). Not sure about prices but look for them to be available now or soon. I think all people need to call around life bartering kits by the way, what would be in yours?