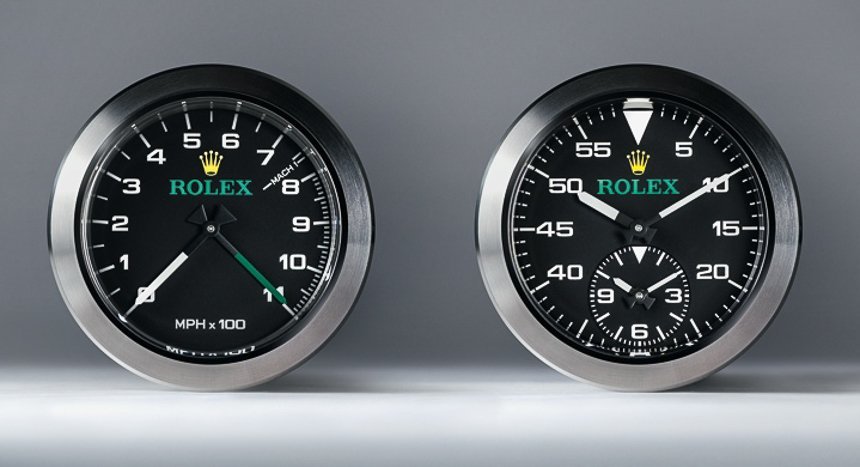 Rolex Chronograph & Speedometer For Bloodhound SSC 1000 MPH Car: This Is What A Modern Rolex Dashboard Instrument Looks Like 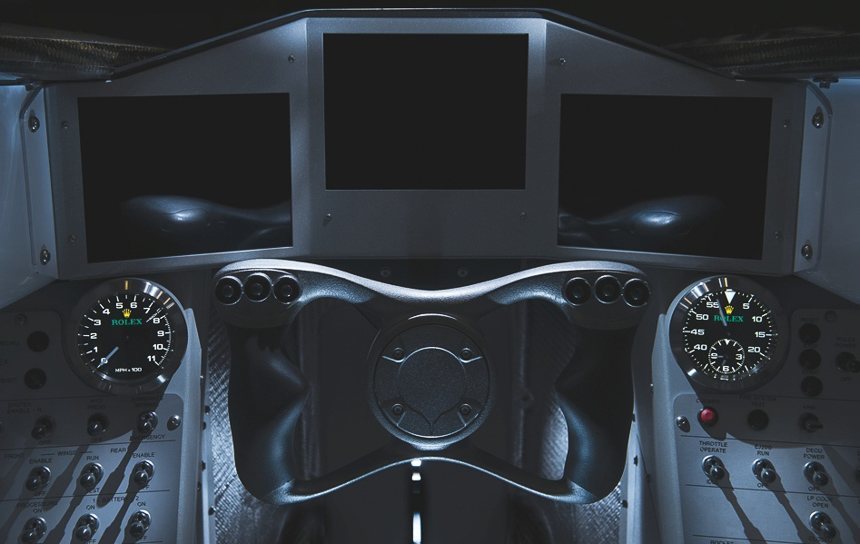 Rolex used to do stuff like this more often, but over the last decade or so we have seen a lot less implementations of experimental Rolex “instruments” and watches used in special events. The last time we saw anything like this was the production of the Rolex Deepsea Challenge concept dive watch. Rolex, of course, is very happy to attach their name to something they enjoy being associated with (such as racing, golf, and a range of other events), but this is among the rare instances we see an actual Rolex instrument that people cannot purchase, and these are pretty cool.

Rolex announced their partnership with the Bloodhound SSC Team in 2011, who are producing a car designed to travel 1,000 mph, and have recently debuted some cool instruments for use in the car. Yes, that is 1,000 miles per hour–faster than the speed of sound. “SSC” stands for SuperSonic Car and the Bloodhound will compete for the land speed record at the Land Speed Challenge in 2016 at the Hakskeen Pan located in South Africa. 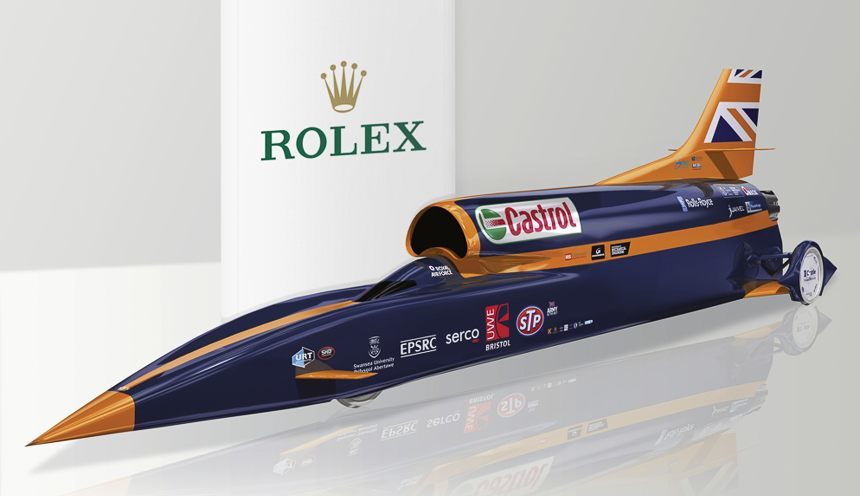 The team’s goal is to take the Bloodhound to 1,000 mph, and thus completely destroy the previous record that was set in 1997 by the Thrust SSC which reached a hair over 760 mph in Black Rock Desert in the USA. Interestingly enough, team Bloodhound has hired the very same driver as the Thrust SSC to pilot the Bloodhound: Mr. Andy Green. I say pilot, because cars of this nature do have jet engines. 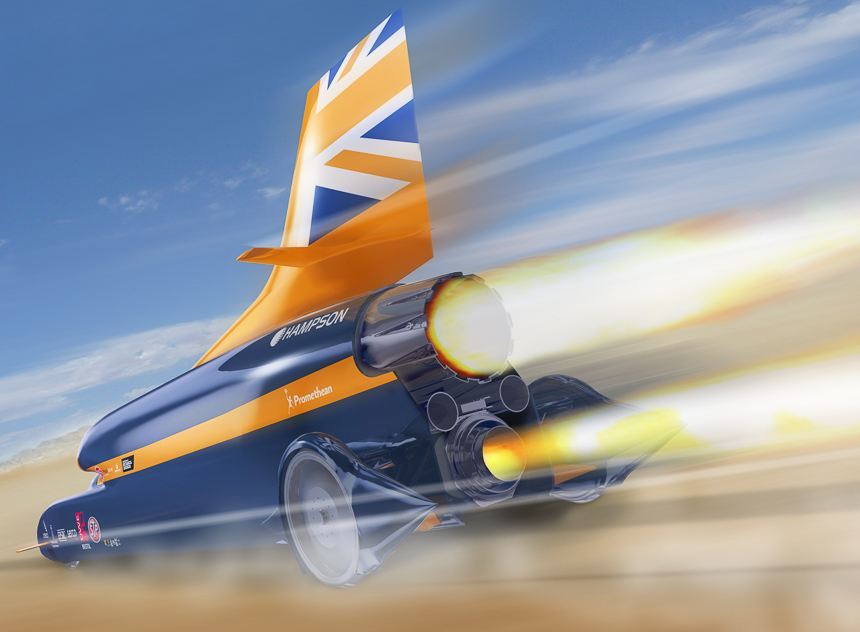 The Bloodhound SSC is powered by two propulsion mechanisms, the most powerful of which is an EJ200 jet engine coupled with Nammo hybrid rockets. The car also has a Cosworth CA2010 V8 engine designed for Formula 1 cars, that will act as an auxiliary power unit. The pilot Green is both a mathematician and experienced jet pilot. Apparently, it was his choice to ask Rolex to produce some instruments given their esteemed track record for producing reliable precision instruments. He further wanted the instruments to be analog versus digital. Why? For him analog watch dials are easier to read. He offers an interesting quote on the matter:

“It’s a fact. I can look at a watch that quickly. When I put it down, my brain is processing the picture of where those hands were and I know it’s ten past four. If that was a digital display, I wouldn’t have time to read all those numbers or know what the time is. We are naturally analogue creatures. Digital displays can pack a lot of information in, but in a less user-friendly form. There is a reason why digital watches went through a phase in the 1970s, when everybody thought it looked really cool and realized it was a silly idea and stopped using them. Clocks still have hands, and there’s a reason. It’s the way the brain works.” 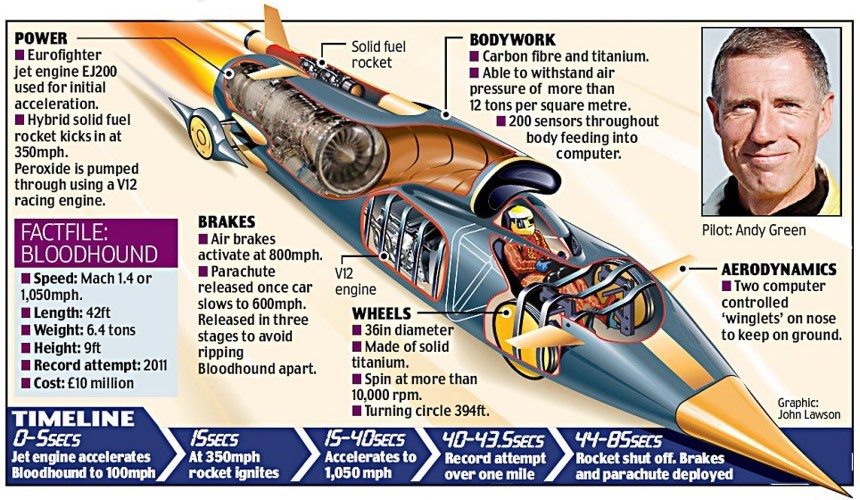 That is an interesting perspective, and while I don’t know if it applies to everyone, I agree that visual demonstrative representations of information can certainly be more easily deciphered than digital representations of information that first require a process of mental decoding before your brain understands what it is seeing. In any event, it was Green’s specific desire that the two Rolex instruments in the Bloodhound SSC be analog–like the dials of their timepieces. The two instruments are the Rolex Bloodhound SSC Chronograph and Speedometer. 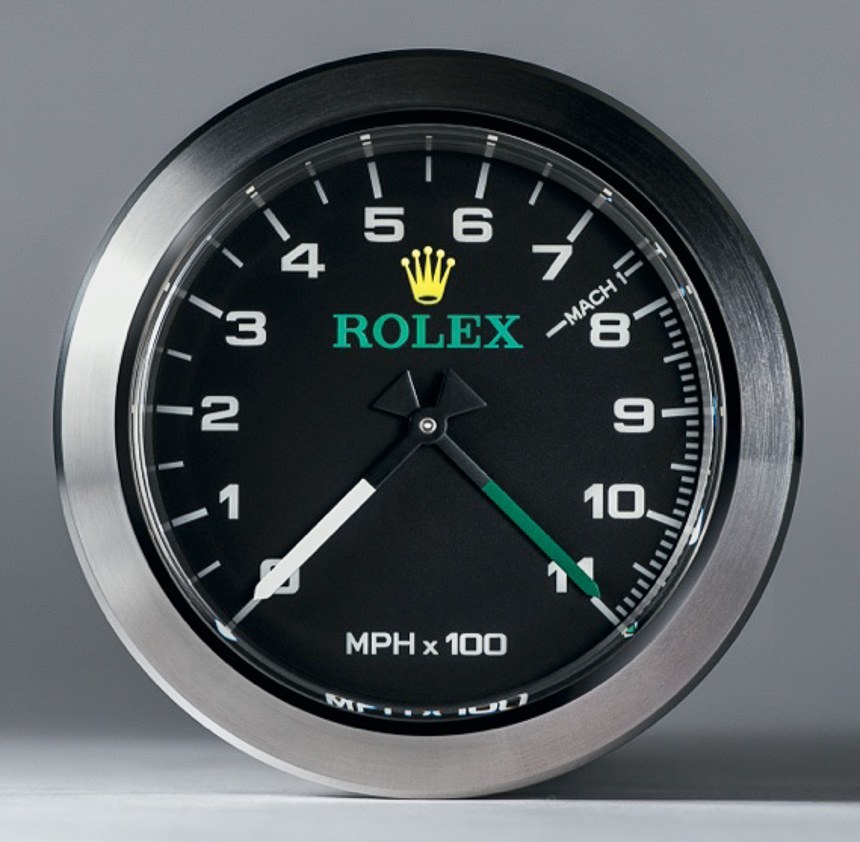 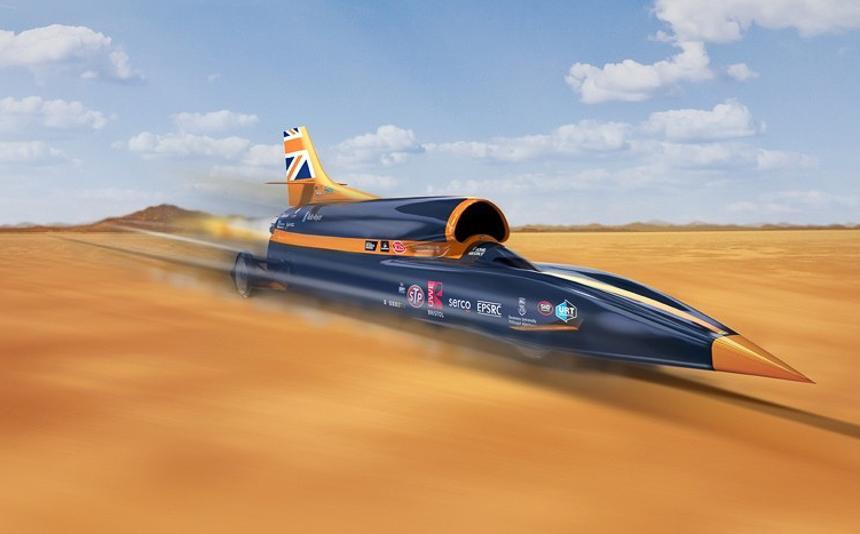 Designed like an aviation instrument, the Speedometer is designed to quickly tell Andy Green how fast the Bloodhound is traveling. Even though it looks simple, it is a highly precise instrument. Visually, the Speedometer is graduated in 100 mph increments up to 1,100 mph and there is a special marker for when the car reaches Mach 1 (about 761 mph at sea level). The dial has two hands. Firstly, there’s a green memory hand that indicates the fastest speed reached in a drive (it can be reset), and secondly is the white hand that indicates the current speed.

The Rolex Bloodhound SSC Speedometer is electronically controlled via a high-precision GPS. That system measures 20 positional points per second in order to measure the speed of travel. Thus, rather than using on-board systems, the Speedometer is really measuring speed data via GPS, which is very cool. The Speedometer is also crucial to helping the Bloodhound stop, and in the event there is a power outage on-board, it has a backup battery meant to last for 30 minutes. 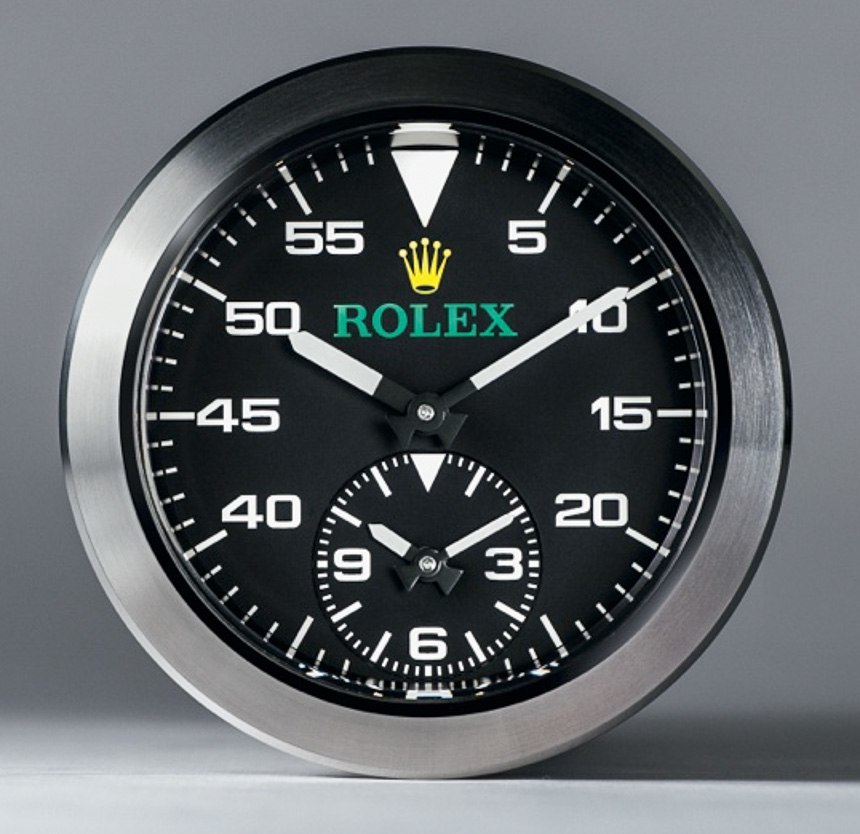 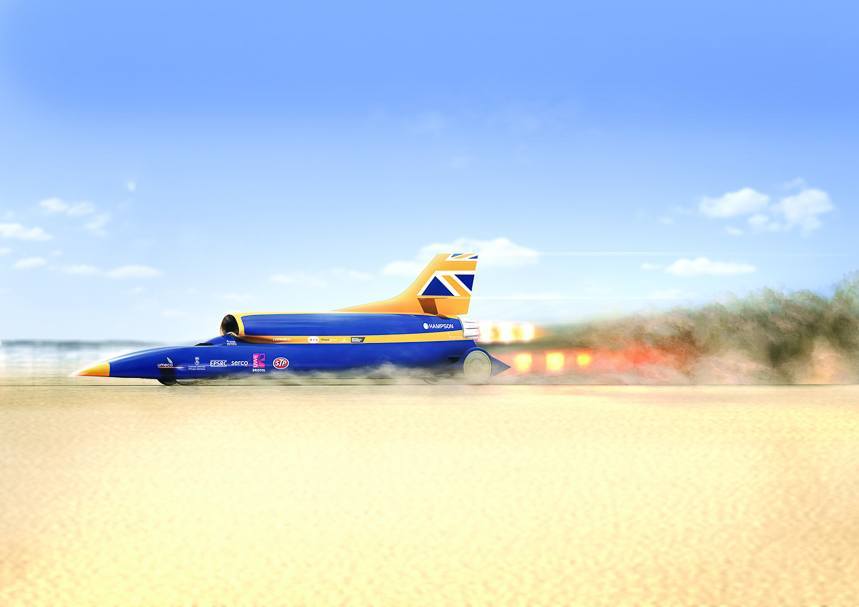 The Chronograph looks a lot more like a watch, but is also aviation instrument-inspired. The chronograph combines both a clock for the time as well as a stopwatch. The time is displayed on a subsidiary dial with the hours and minutes, while the main dial is used to measure chronograph seconds and minutes. Each hand on the dial is operated via its own motor which maximizes the speed at which they can move and their precision.

The chronograph measures up to 60 minutes and the seconds hand is precise to 1/8 of a second. The time calculation mechanism is also GPS controlled, and the device itself has a small satellite antenna. In addition to the Rolex branding and style, the Rolex Bloodhound SSC chronograph has a backlit display.

These are pretty darn cool instruments and it is very interesting to see them inside of the Bloodhound SSC. Will this amazing jet engine-powered car reach 1,000 mph? We will have to wait until 2016 to find out. This is what science dreams are made of. rolex.com bloodhoundssc.com