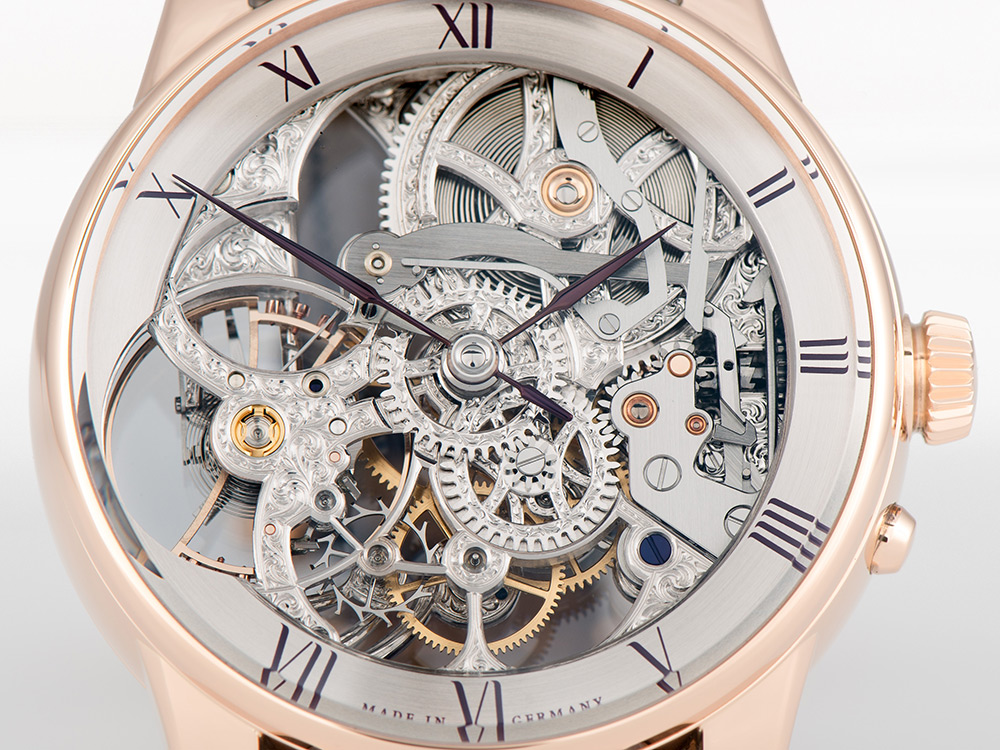 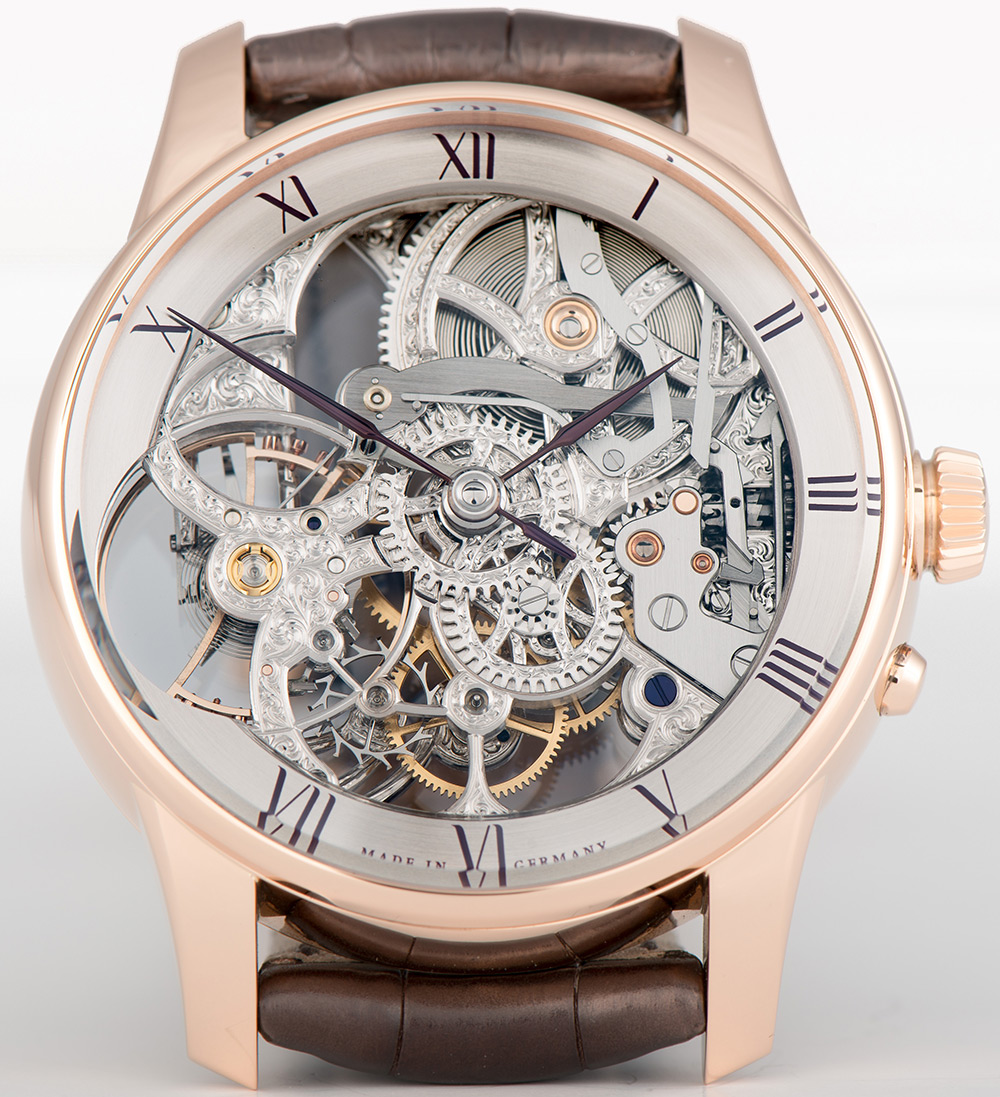 For me, the real beauty of mechanical timepieces lies in the movements which power them. Having said that, not all movements are created equal, and the price, complexity, functions, as well as level and type of decoration, of course, vary widely. Watches like the Moritz Grossmann Atum Skellet, are all about prominently displaying their intricate mechanics and highlighting “artisenal skills.”

Moritz Grossmann is a watch brand based out of the German watchmaking town of Glashütte and has a deep-rooted history in the area dating back to 1842. The brand saw a resurgence in the modern era with models such as their Benu and Atum series, and has since been progressing steadily by adding references such as the Moritz Grossmann Benu Power Reserve and the more recently launched Moritz Grossmann Atum Pure M to their lineup. 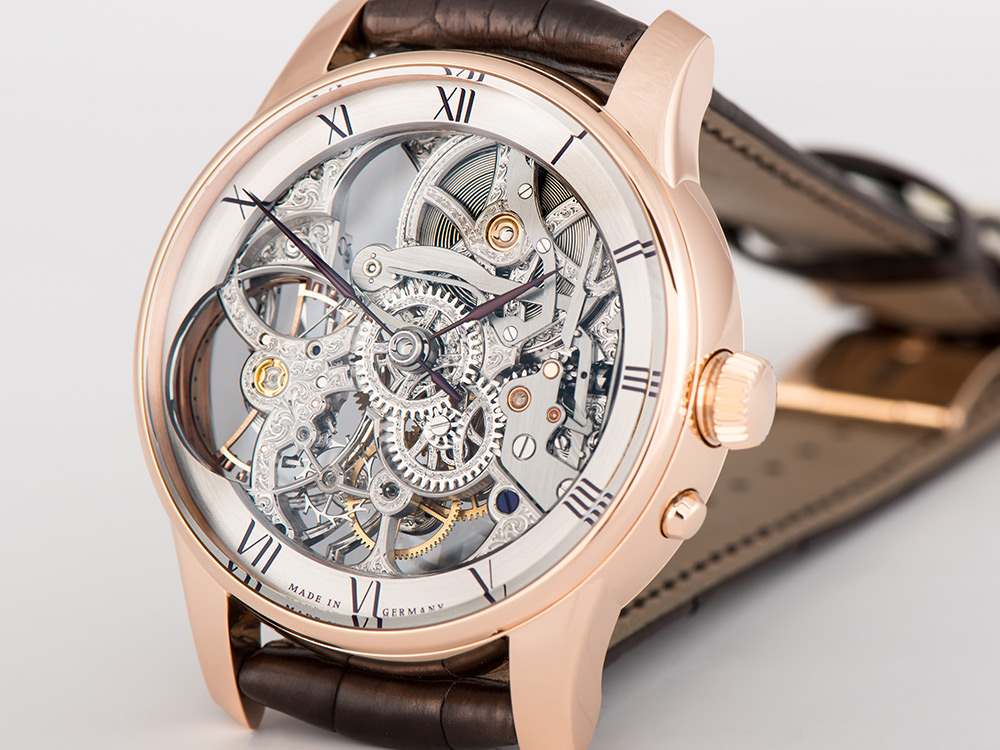 The Moritz Grossmann Atum Skellet is the latest addition to the brand’s Atum line of watches and introduces a fully skeletonized option. As much as I admire a well-finished and decorated movement, I am often a little skeptical when it comes to skeletonized watches as, in a lot of cases, skeletonization ends up being overdone to the point of defeating the whole purpose of a watch – that is, telling the time.

Though very thin, the lance-shaped steel hands of the Moritz Grossmann Atum Skellet should provide some contrast, at least, due to the brand’s signature purple, flame-colored treatment. And the retention of the German silver outer dial with its Roman numeral hour markers is also appreciated for legibility’s sake. While the Moritz Grossmann Atum Skellet will not get high marks for legibility, we must acknowledge that dwelling on the subject would be to miss the point. Viewed as a work of art rather than strictly a tool, Moritz Grossmann has created a truly soulful and artistic timepiece. 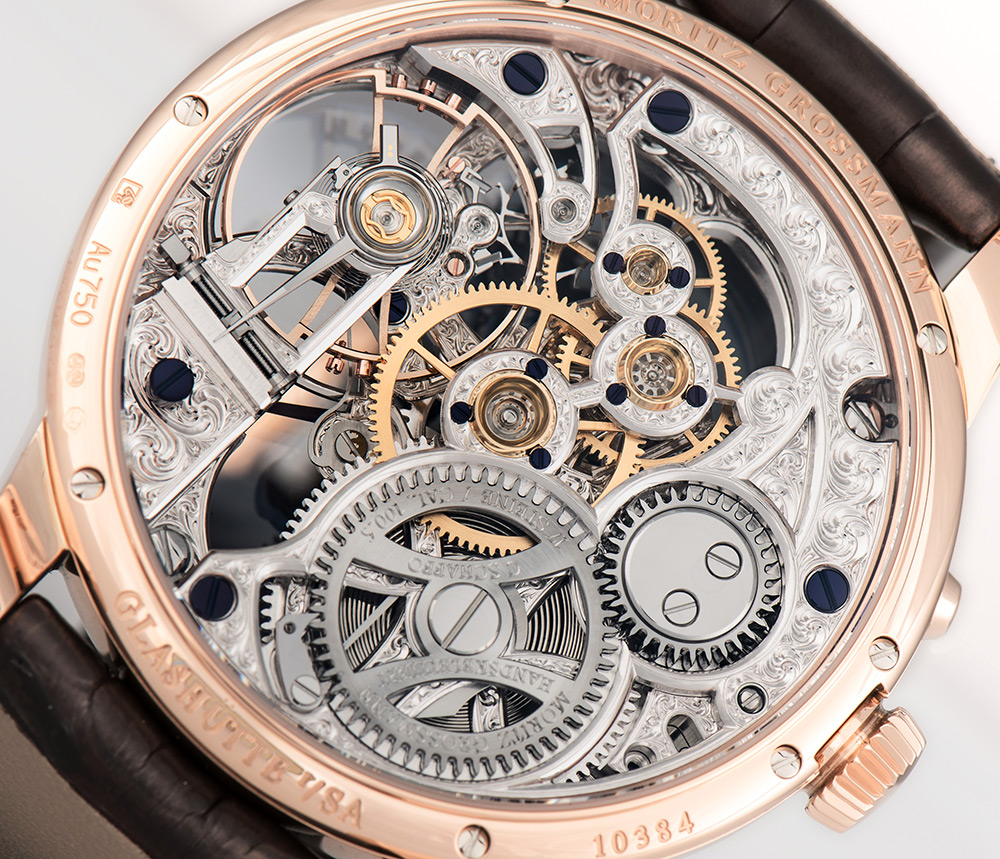 The brand tells us that Christophe, the son of Le Locle-based independent watchmaker Kurt Schaffo, learned the art of engraving under the guidance of Raoul Boichat at the Ecole d’Art de la Chaux-de-Fonds, after which he opened his own workshop in 1985 in La Brévine. Christophe designs and crafts timepieces like the Moritz Grossman Atum Skellet completely by hand. For the Moritz Grossmann Atum Skellet, he spends “countless hours” (many brands do, in fact, count and report the hours involved in the various aspects of creating a watch, especially when there is some artistic craft involved) skeletonizing the movement and manually chamfering, chasing, and engraving “every single part.”

See that pusher just under the crown? This is part of a neat feature on some Moritz Grossmann watches. When you pull out the crown to set the time, the movement stops and the crown pops back in via a spring to minimize dust and moisture getting in. You then set the time and push the button to start the movement again. At that point, turning the crown will again wind the mainspring. Neat, right? If thoughtful little touches like this excite you, you are a nerd – and in good company. 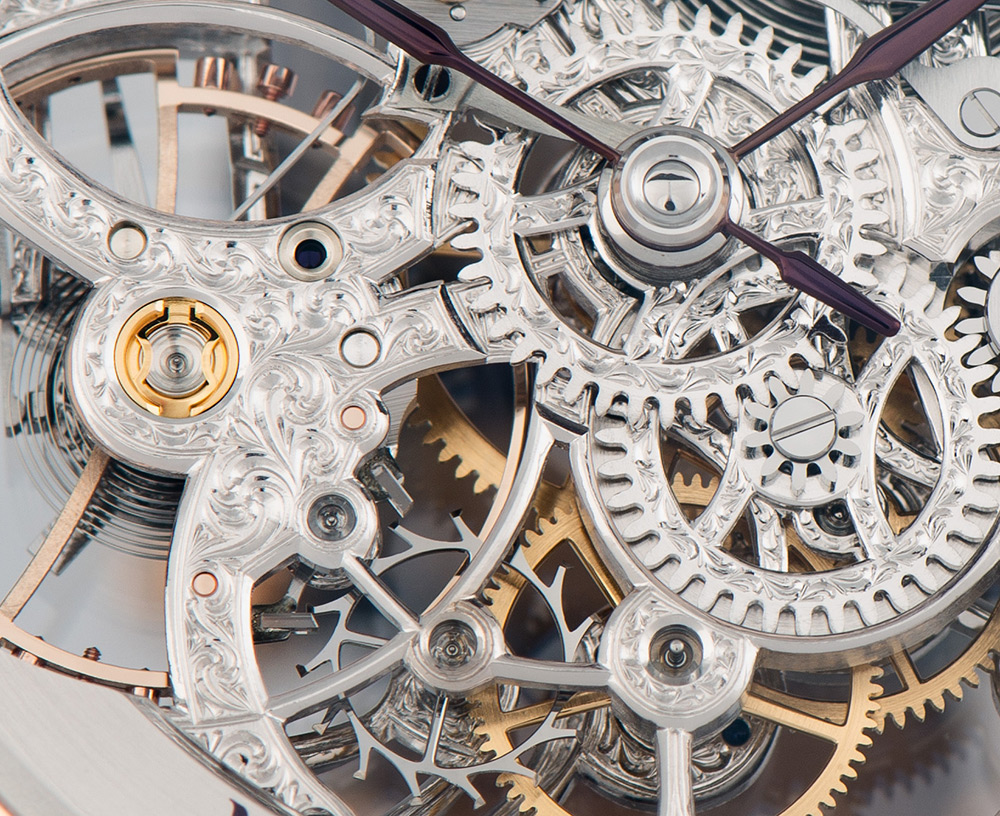 The Moritz Grossmann Atum Skellet is a marriage of horology and art, and is a worthy addition to Moritz Grossmann’s watch catalog. It appears that each watch is made to order as a unique piece, and customers choose between a rose gold or white gold case. Price is €94,000. grossmann-uhren.com