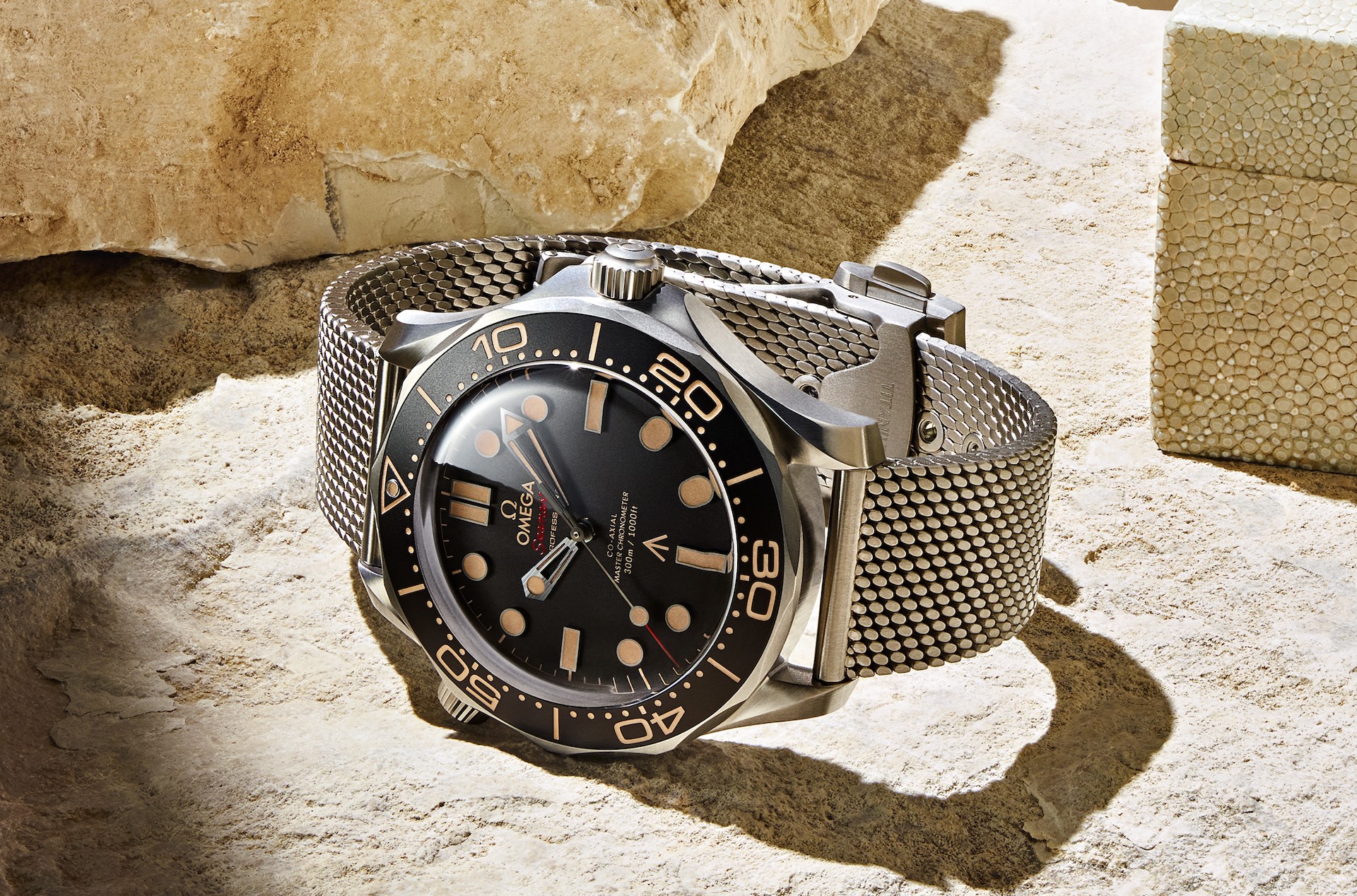 Omega and the James Bond franchise have been partners in style since 1995, with the watchmaker supplying Seamasters for the world’s most famous spy in an array of versions and complications (occasionally even including lasers). For the ninth film in this partnership, the upcoming “No Time To Die,” Omega has created a unique and ruggedly handsome new Seamaster 007 Edition: the reference 210.90.42.20.01.001.

Like most of the watches that have graced Bond’s wrist in the 57 years of 007 films from big crown Submariners to quartz Seiko chronographs, the latest Seamaster 007 Edition is a reflection of the current horological zeitgeist. Building on the base design of the current Seamaster Professional, the 007 Edition adds a generous helping of fauxtina warmth. 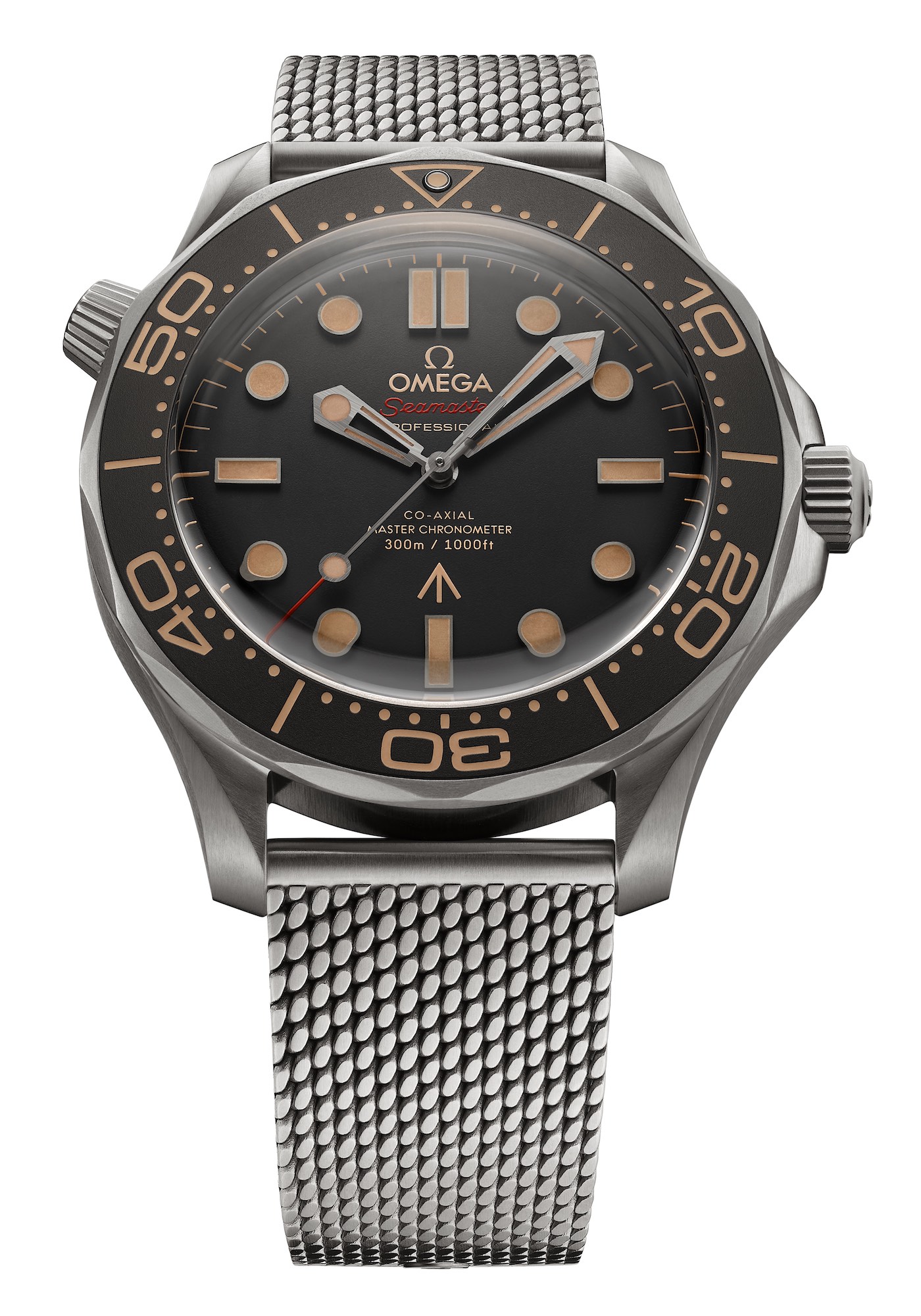 Both the aluminum bezel and dial feature a tropical aged treatment, going from the standard black to a very dark matte brown while the dial text and lume fills have been rendered in a deep old radium khaki. Redd accents on the Seamaster signature and the seconds hand add a punch of contrast, but perhaps the most interesting addition to the ordinary Seamaster Professional dial sits right above the six o’clock hour index. The printed broad arrow emblem, traditionally reserved for equipment issued to the British military, could become a point of contention on this watch. While vintage “broad arrow” military watches are a huge hit with collectors today, having the emblem appear on a timepiece in no way affiliated with the Royal Army, RAF, Royal Navy or Royal Marines (other than fictional Royal Navy Commander James Bond) smacks a bit of posing at best and stolen valor at worst. 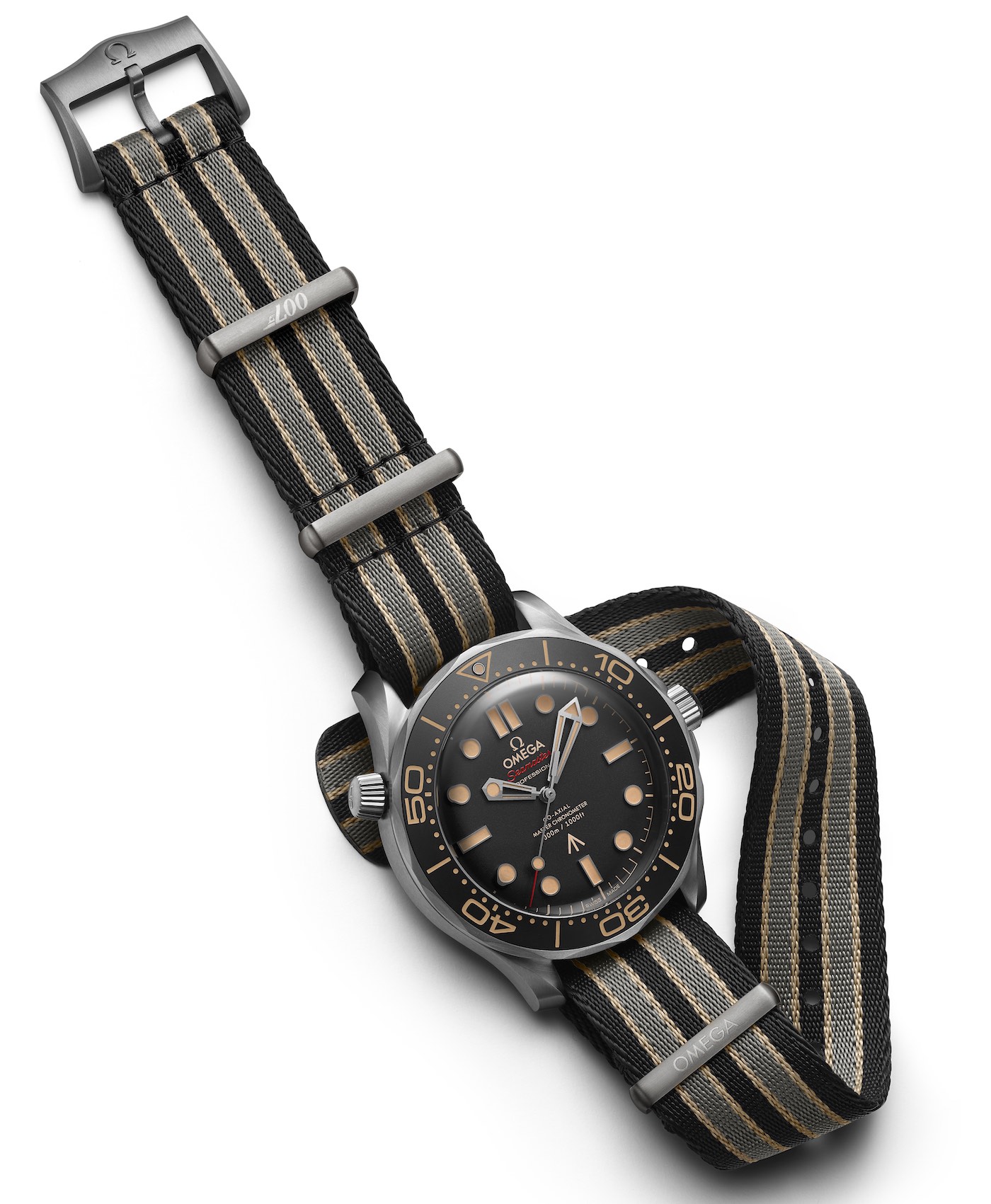 The 42 millimeter case of the Seamaster 007 Edition uses the same form as the Seamaster Pro with a few minor tweaks. The sapphire crystal has been domed here, adding a vintage flair and slightly reducing the overall thickness. The biggest news, however, is the use of Grade 2 titanium for a lighter, more durable case overall. Around back, the Seamaster 007 Edition eschews a display window in favor of a military issue styled serial caseback engraving. In addition to another broad arrow mark, the engraving numbers feature a few sly references to the Bond series including the numbers 007/62, recalling the original 1962 release of the first Bond film, “Dr. No.” This vintage styled piece is offered on a Grade 2 titanium Milanese mesh bracelet for added old school flair, or a Bond pattern black and gray NATO strap. 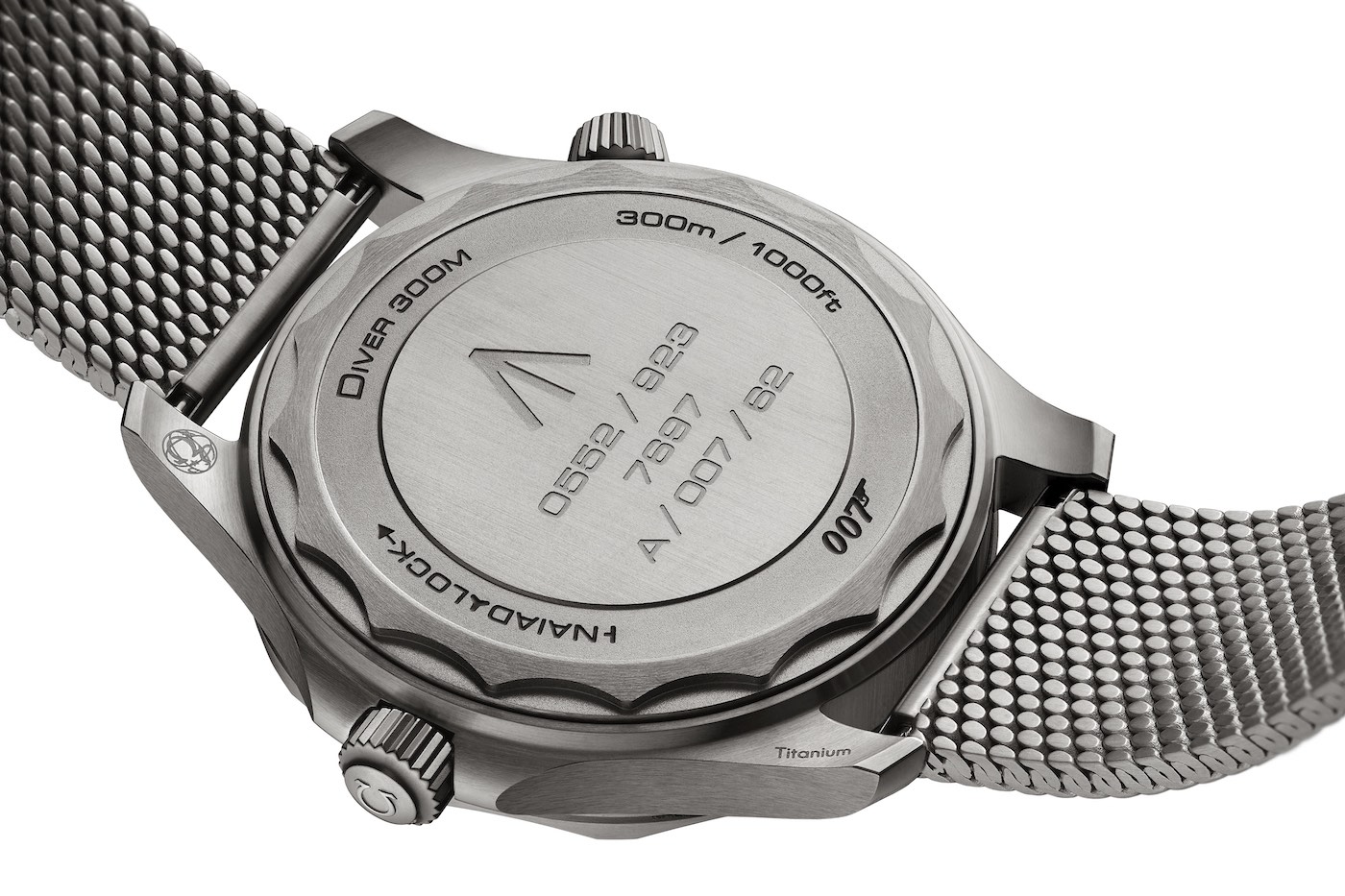 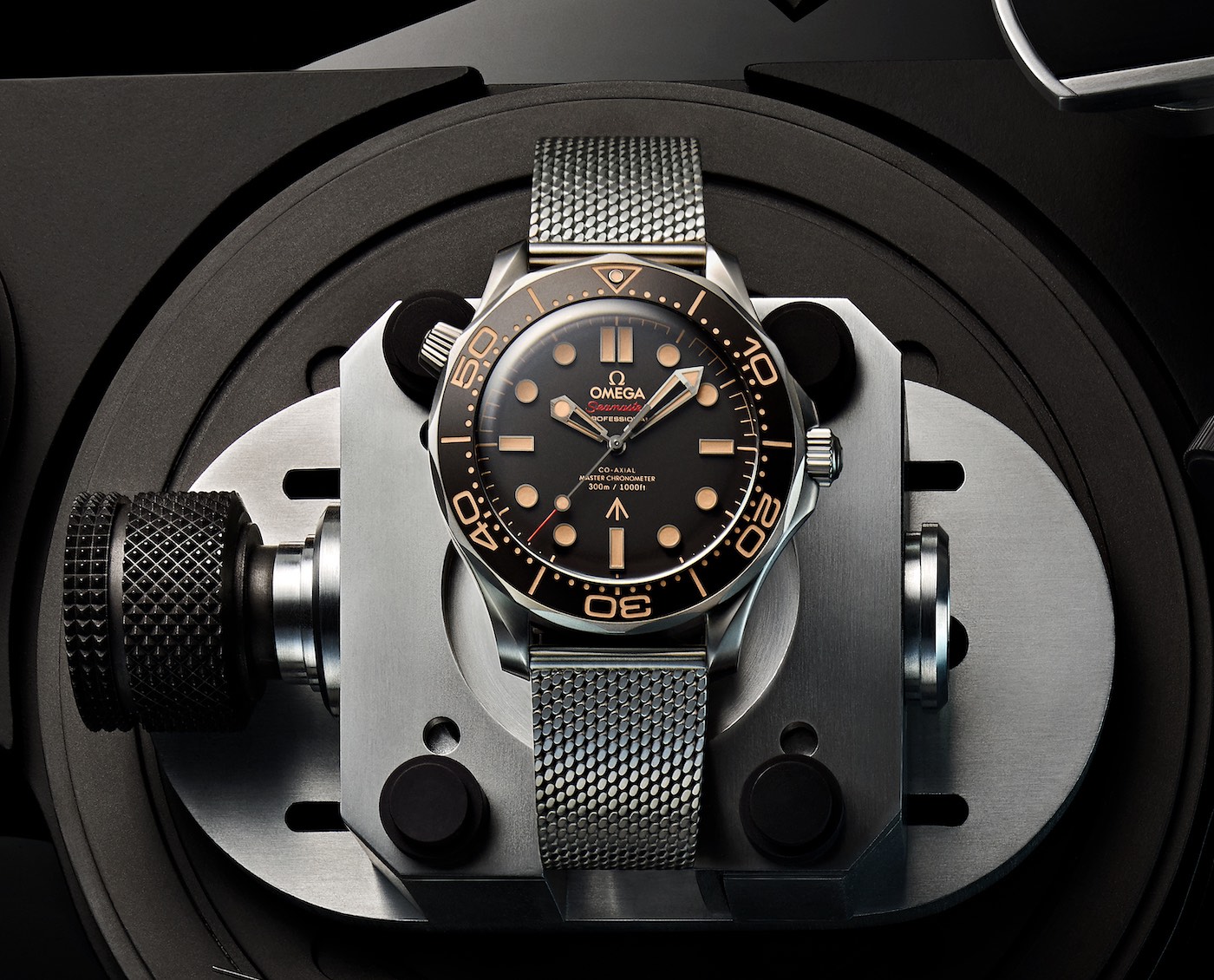 While the Seamaster 007 Edition will get its own star turn when “No Time To Die” hits theaters in April 2020, the watch is set for a worldwide release at Omega authorized dealers in February for $8,100 on the NATO strap or $9,100 with the Milanese bracelet. For more information, please visit the Omega website.